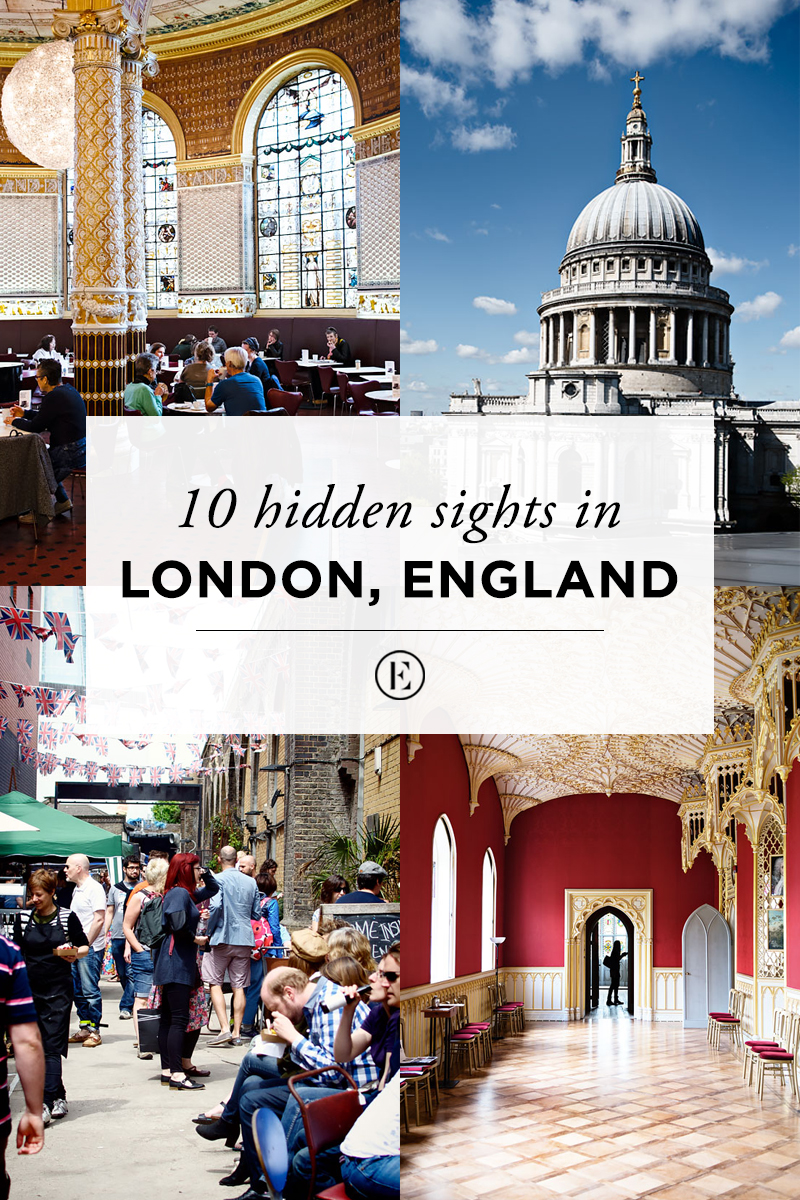 When visiting one of Europe’s most amazing cities, you don’t want to come back with only a selfie with Big Ben or stories about a ride on the London Eye. Sure, it’s fine to tick some of the quintessential tourist boxes, but your trip to London will become truly unforgettable if you experience some of its hidden gems! Though the city is vast, you just need to know where to look for them. So, leave your guidebook at home, and visit the places that even the locals of London are still excited about. 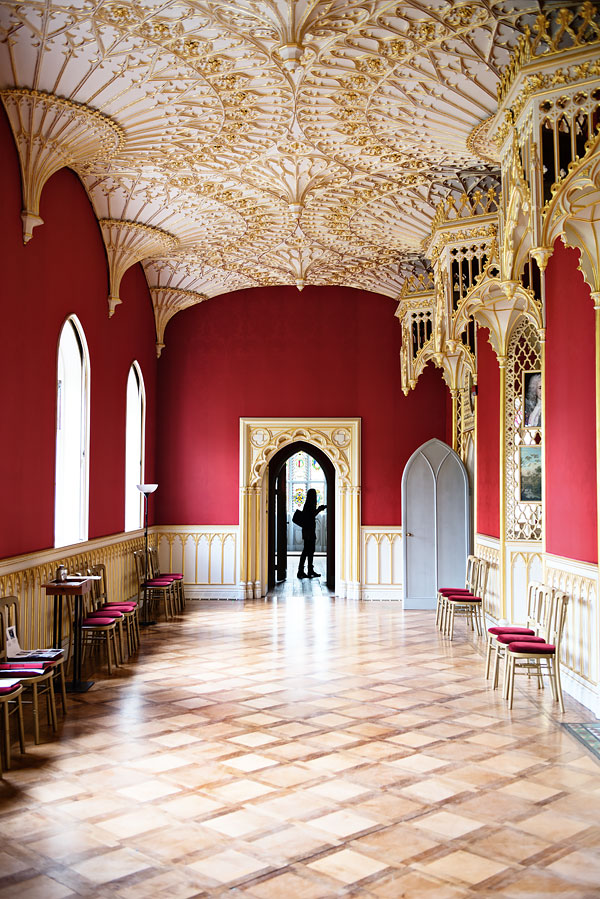 You wouldn’t expect to see a white palace in the middle of a residential area, but that’s exactly where you’ll find Strawberry Hill House. The interior of the house, developed between 1748 and 1790 as a summer villa for the son of Britain’s first Prime Minister, can be best described as eccentric. Each room has something very theatrical about it, making the house a unique and beautiful spot to visit when in London.

Tea Room at the V&A Museum 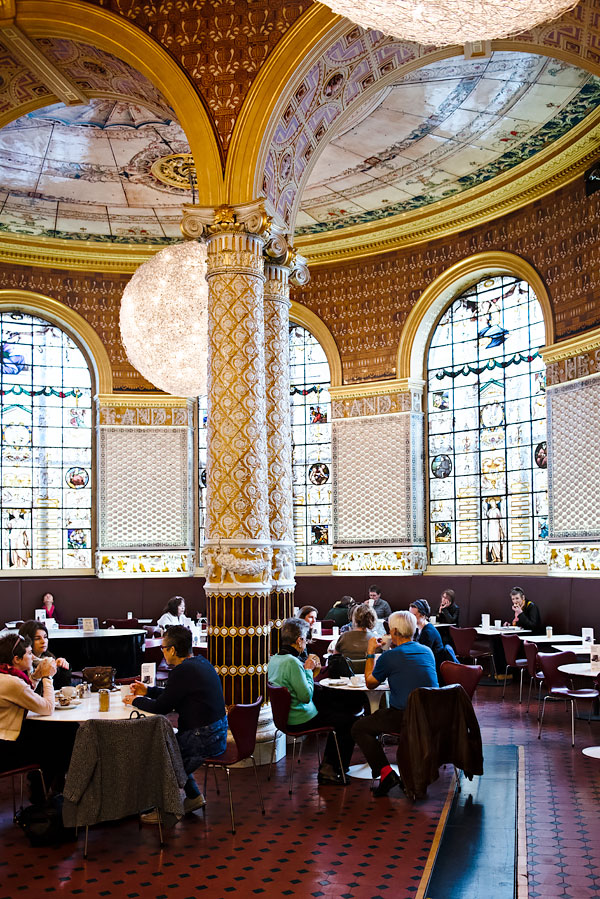 The Victoria & Albert Museum: Isn’t it in every single guidebook? This (free) museum is indeed one of the most beautiful and most popular museums to visit in London. That being said, what most people don’t know is that their tea room was the first museum restaurant in the world and is almost a museum piece on it’s own! So go and relax with a warm cup of tea as you take in the gorgeous surroundings. 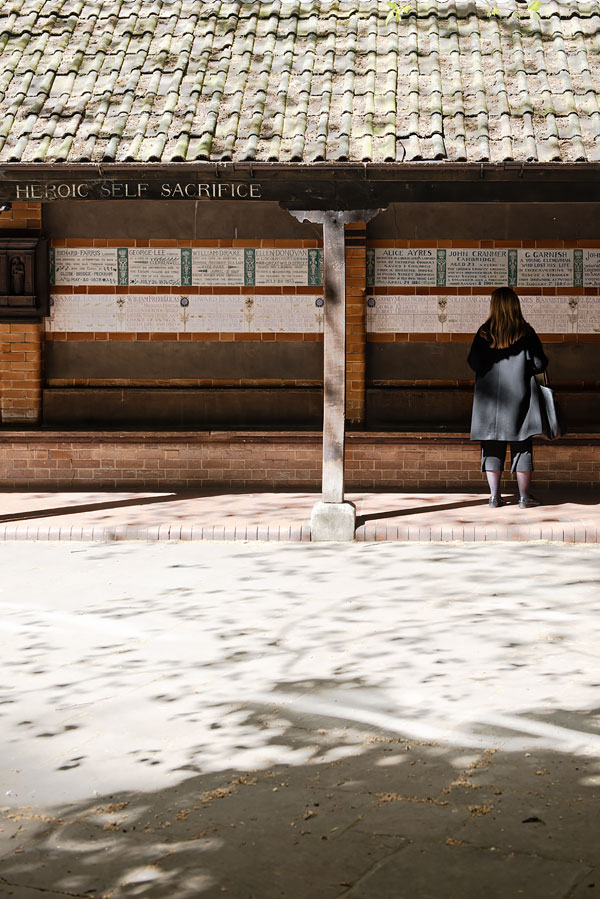 When you’re shopping on Oxford Street you might get a different impression of London, but the city is actually one of the greenest cities in the world. There are parks everywhere! We all know about Hyde Park, but you shouldn’t overlook the smaller parks that are hidden throughout the city. Postman’s Park in central London is one of our favorites. The park itself is already quite pretty, but what makes it so interesting is the “Memorial to Heroic Self Sacrifice.” The ceramic plaques along a long wall tell the stories of ordinary people who died while trying to save the lives of others with the first one dated back to 1863. It’s a beautiful and moving monument. 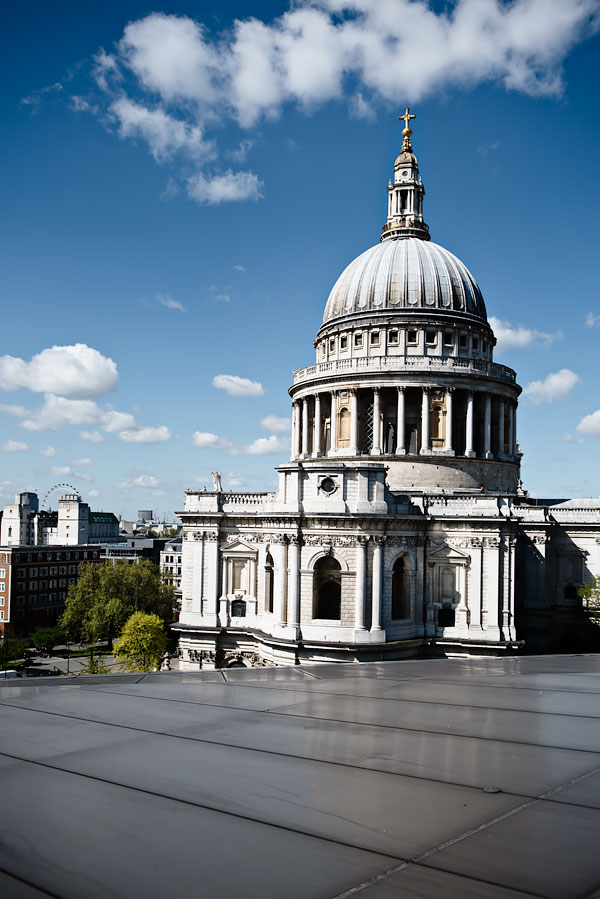 The best spot to admire St Paul’s Cathedral in all its glory is One New Change’s roof terrace. This new shopping center is right next to St Paul’s, and the elevator brings you to the roof terrace on the 6th floor. There’s also a restaurant and cocktail bar, so get yourself a drink and enjoy the view! 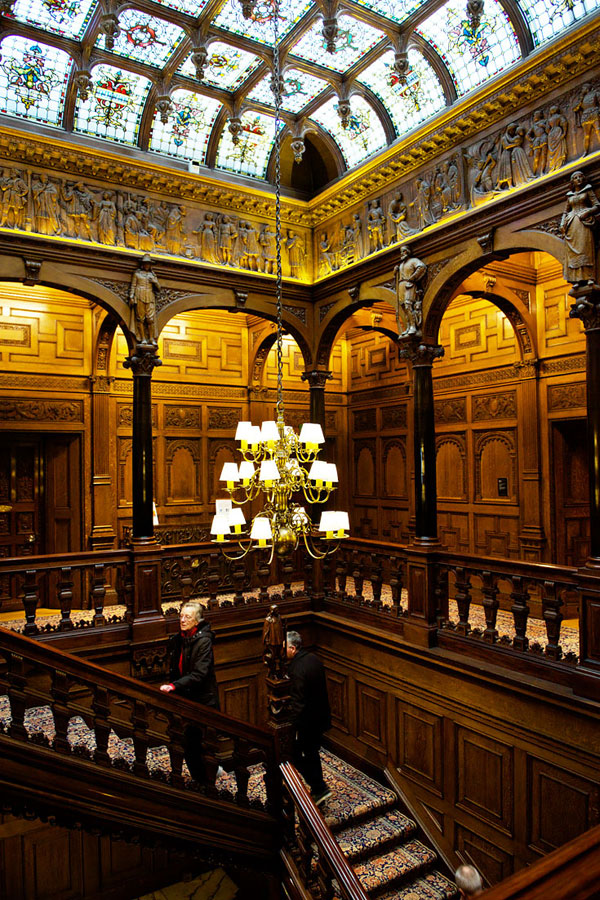 Two Temple Place (conveniently named after its address) has to be London’s most extraordinary mansion. And yet, so few people know about it! William Waldorf Astor (founder of the Waldorf Astoria), at the time the richest man in the world, built the house as an estate office and vault for his belongings. To visit the house you need to time it right as it’s only open to the public three months out of the year to display a changing exhibition. Fun fact: This is also where they filmed the wedding in the season finale of Downton Abbey. 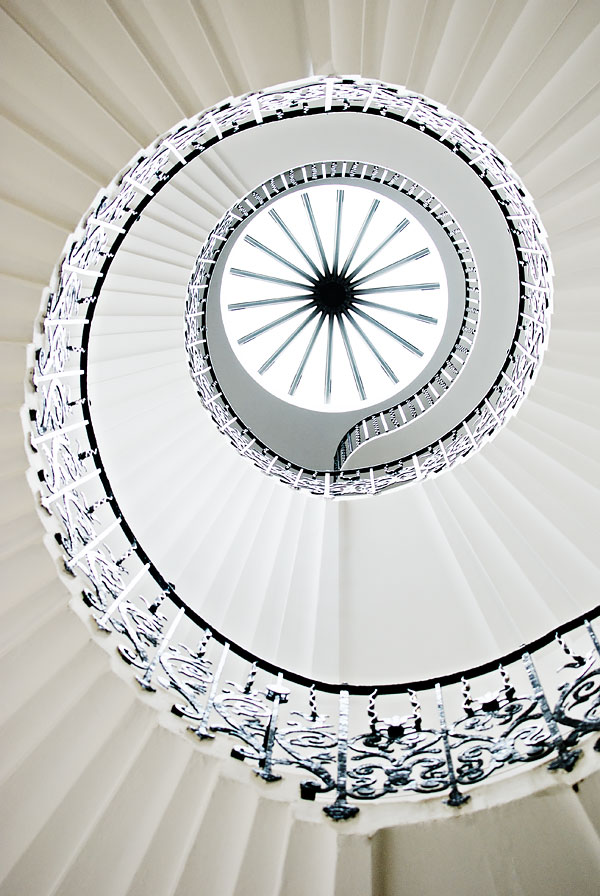 Most people go to Greenwich in South East London to stand on the original Meridian Line (Greenwich Mean Time) at the Royal Observatory, but don’t leave Greenwich without visiting the Queen’s House. A royal mansion, commissioned by Queen Anne of Denmark in 1616, holds the most beautiful staircase you’ve ever seen—the Tulip Stairs. 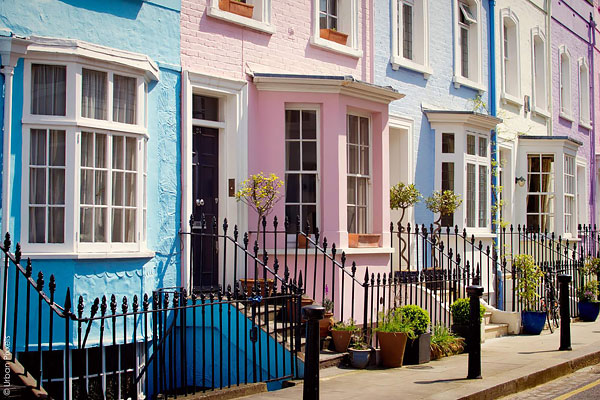 Don’t think you can only find colorful houses in Notting Hill! Tucked away just off King’s Road in Chelsea you’ll find one of London’s most colourful streets: Bywater Street. 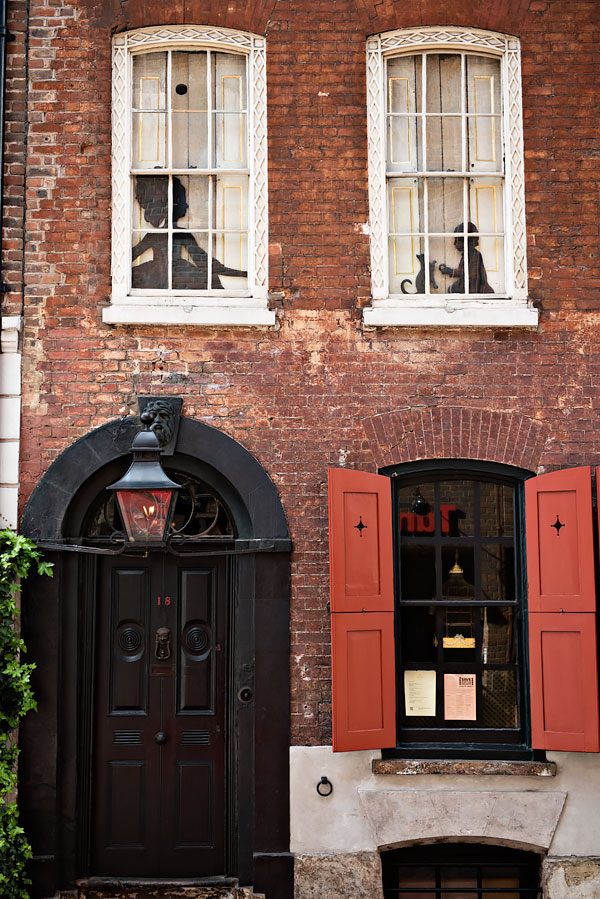 Is it a house? A museum? A time capsule? When you step into Dennis Severs’ House, you’re immediately transported to another era. (There isn’t electricity, only candlelight!) While walking silently through the house, observe the lives of a family in the 18th and 19th century. It seems like they’re still there, but just left the room before you came in: They haven’t finished their tea yet; their bed hasn’t been made as if they’ve just woken up; and if you listen carefully, you can still hear them. A unique experience that (although maybe not completely historically accurate) gives you an idea of what life in 18th century Spitalfields was like. 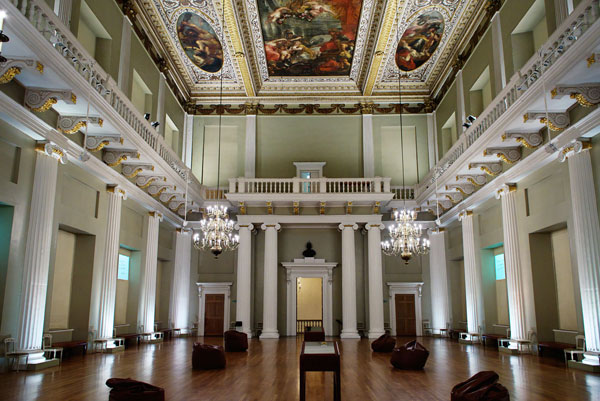 Only one English king has been executed, and it happened right in front of Banqueting House in 1649. Apart from this not-so-great experience for King Charles I, Banqueting House was mostly known for its extravagant royal parties. (And if you have something to celebrate today, you can still hire it as a venue!) But the main reason for visiting Banqueting House is Rubens’ painted ceiling. It’s a true masterpiece and the only painted ceiling by Peter Paul Rubens that is still in its original location. 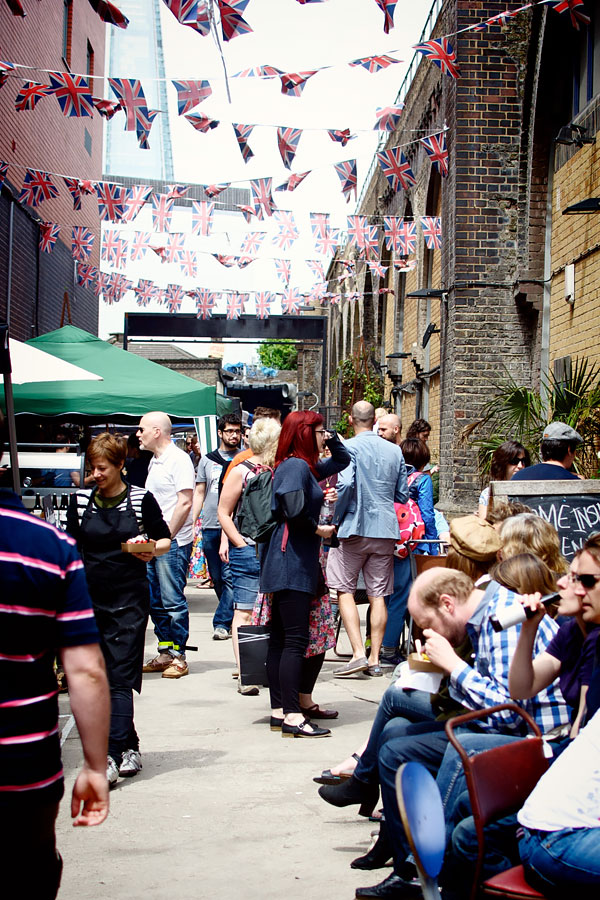 London has some of the best farmer’s markets—it’s a fact. The largest and most popular one is Borough Market, an absolute must if you’re a foodie. For something a bit more original, you don’t have to go far. Maltby Street Market is where you’ll find all the locals on a Saturday morning. It’s a lot smaller than Borough but with an interesting combination of food stalls, pop-up bars, and coffee shops definitely worth a visit. Before you leave, don’t forget to try St John’s legendary doughnuts!