You can throw a rock and hit a taco truck in Los Angeles—it’s something quintessential about the city, right up there with the smell of jasmine blooming and a sea salted breeze. Good Mexican food is a given when you visit, and everyone has their favorite spot for where to get a good carne asada or bottomless margarita.

Because of that, it’s near impossible to adequately list each and every taco stand—let alone the good ones—that make up LA’s south of the border food scene. But if you find yourself in the City of Angels and in dire need of an order of guacamole (and without a local to guide you) then keep this list close by.

So here are, and in no particular order, a collection of our favorite places to get your taco fix in LA. 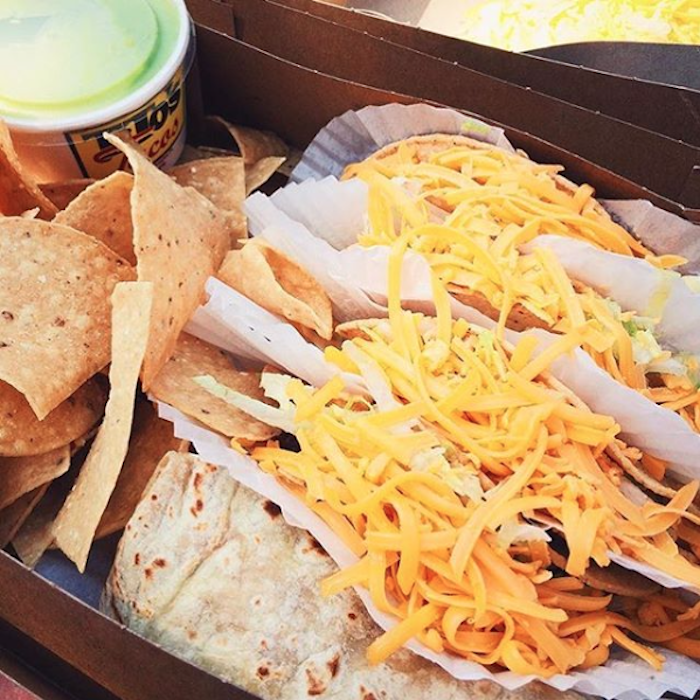 The jury goes both ways on Tito’s—you’ll hear it referenced at least once. That’s why you should probably check it out to form your own opinion, should you find yourself anywhere near Culver City. It’s simple, greasy, and an LA staple. It’s also (like most all places on this list) cash only. 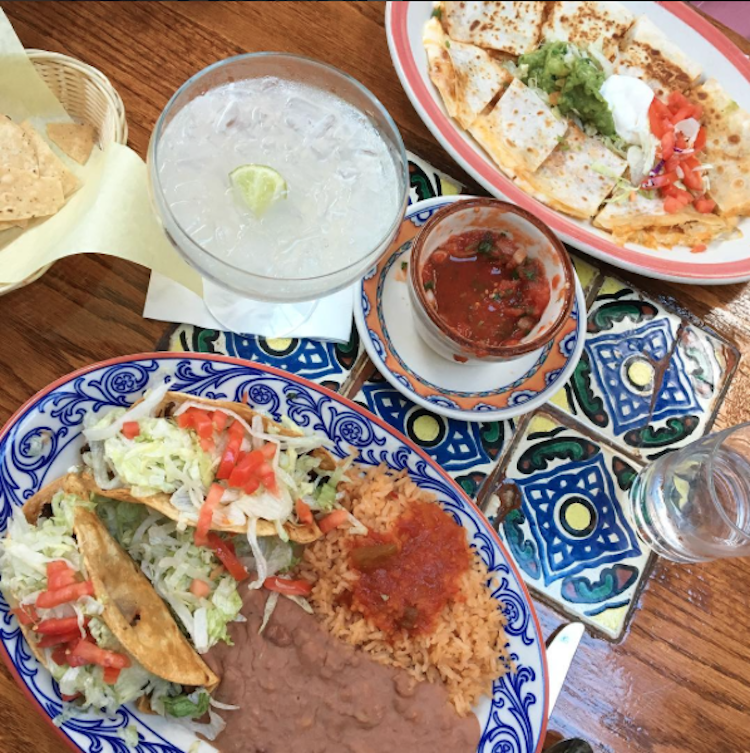 They do more than tacos here, much more, and while this isn’t your typical sit-on-a-curb-and-chow-down kind of establishment, it’s worth visiting for the ambiance alone. After a day spent in Manhattan Beach, there’s no better place to cool your sunburn than on their hidden plant-covered indoor patio. They also have over 35 tequilas on hand. 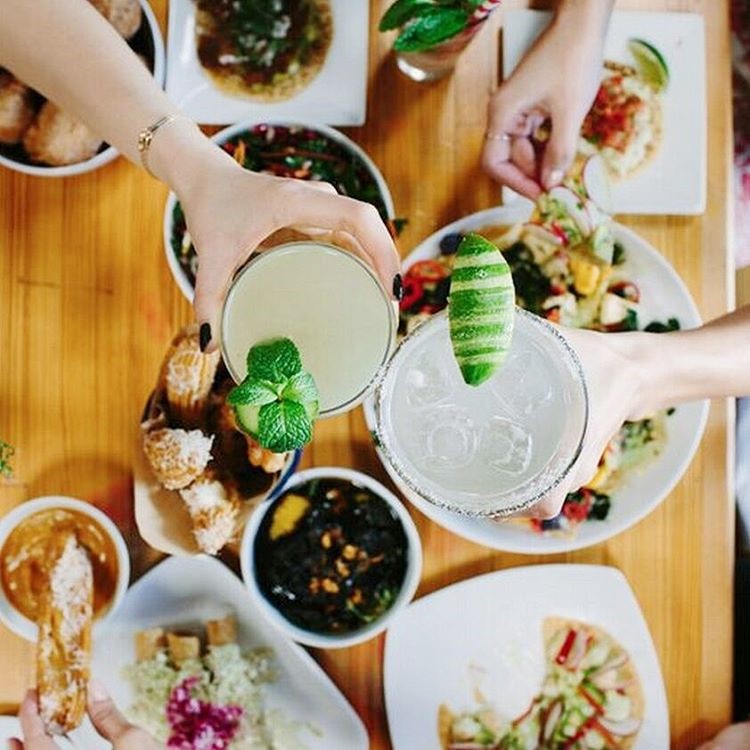 If you want to pair your guac with a great cocktail, head to Petty Cash. Using fresh, local ingredients (some even from their roof-top garden) tacos here like roasted cauliflower, chargrilled octopus, or pork belly carnitas will fill your stomach and your soul. (But maybe that’s just the buttered popcorn-infused La Niña del Mezcal talking.) 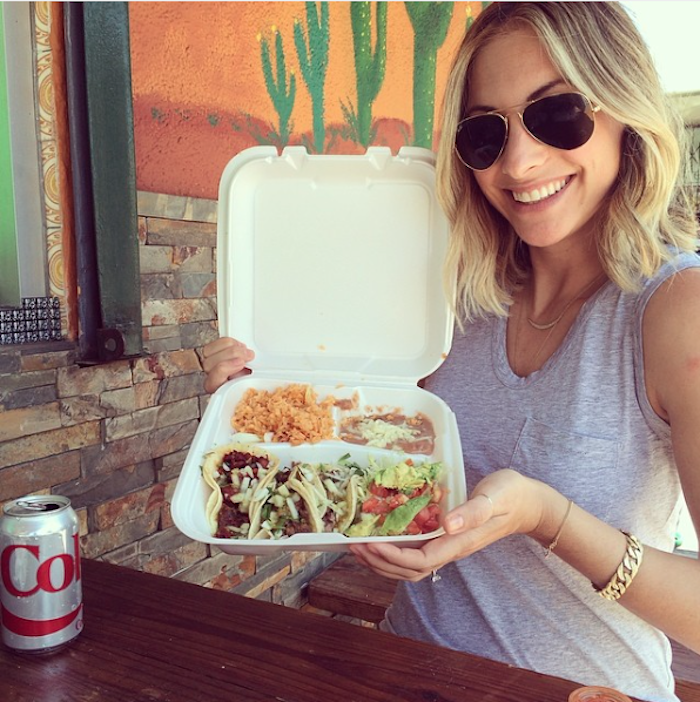 Skip the congestion at Hollywood and Highland and make your way to this walk-up taco stand instead. Serving everything from loaded nachos and super fries to wet burritos and shrimp quesadillas, it’s a Hollywood gem if there ever was one. 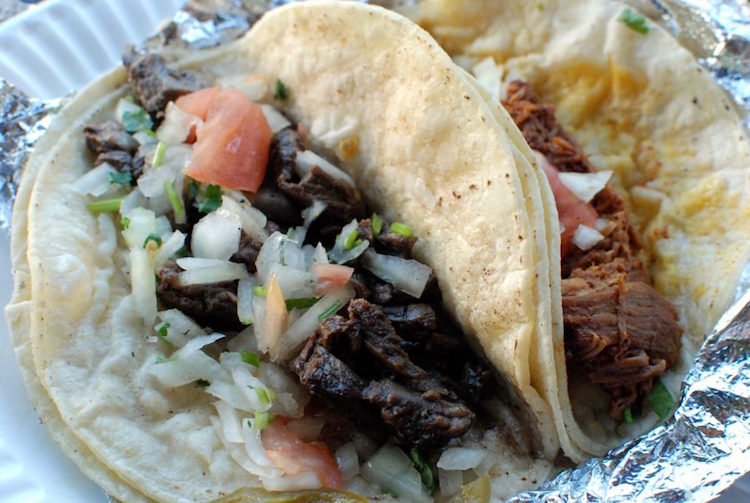 This walk-up taco stand is a beloved Los Feliz staple. If you’re not a strict vegetarian (read: The beans may or may not have been cooked in animal fat) the bean and cheese burrito is worth your time. Meat-eaters go crazy for the cochinita pibil, a Yucatán-style slow-roasted pork. 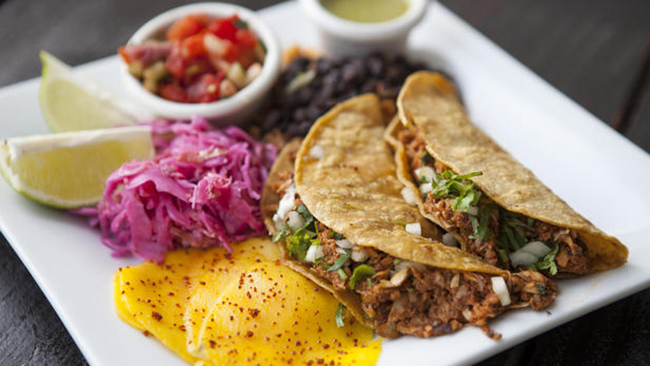 If you want a “healthy” taco, head to Echo Park for the taco selection at Sage. From raw walnut meat to jackfruit, fried avocado, or roasted root, they’ve been known to woo even the most carnivorous of diners. 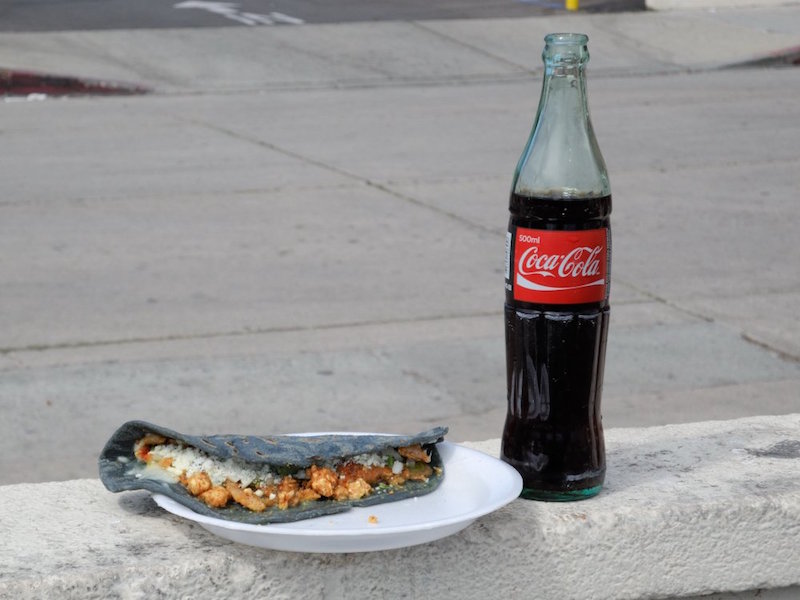 If blue corn tortillas are your thing—and even if they’re not—this is your place. Though this cart serves primarily meats and cheese, there’s also a surprising range of veggie options (plus salsas) that’ll put some hair on your chest, just like a good salsa should. 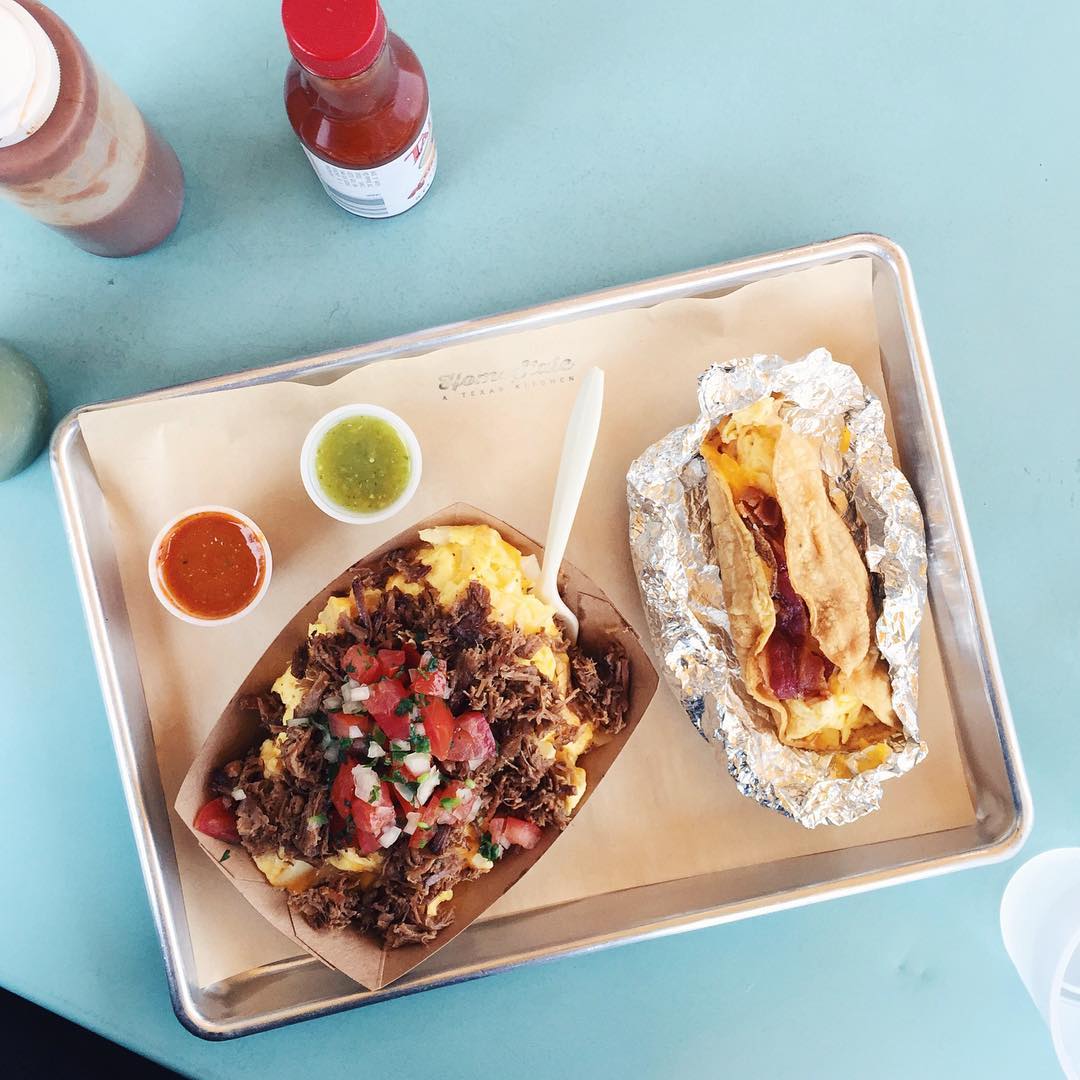 A new(ish) kid on the block, you’ll go to this Texas-esque kitchen for the vibe and the occasional Fred Armisen sighting, but you’ll leave thinking the breakfast tacos (especially those mushroom ones) were good. Really good. 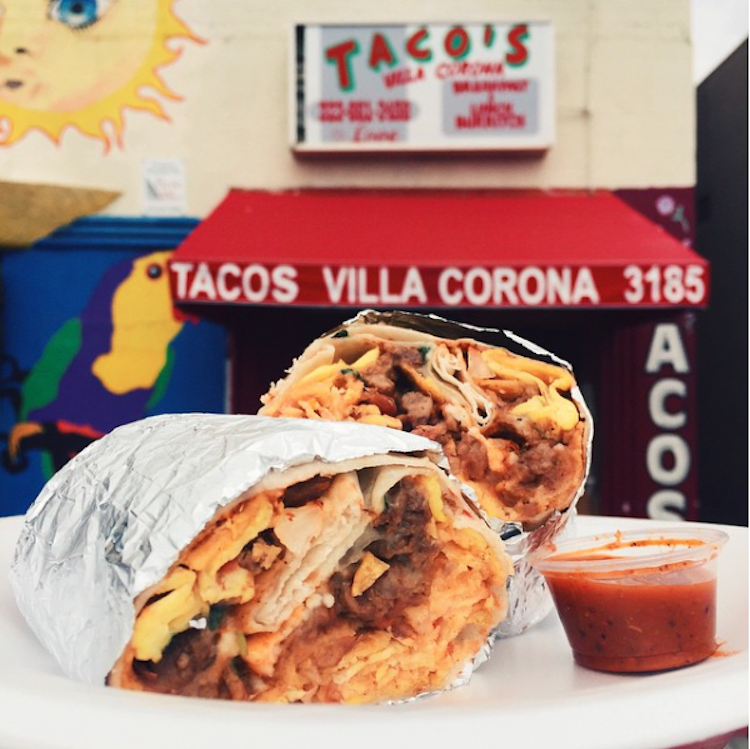 Yes, this is “the Anthony Bourdain place” and, for most, what put Atwater Village on the map. It’s worth a stop for a papas burrito after hitting the other Atwater claim to fame, Proof. (Or Costco, if you’re running some errands.) Again, get here early—they’ve been known to run out of food. 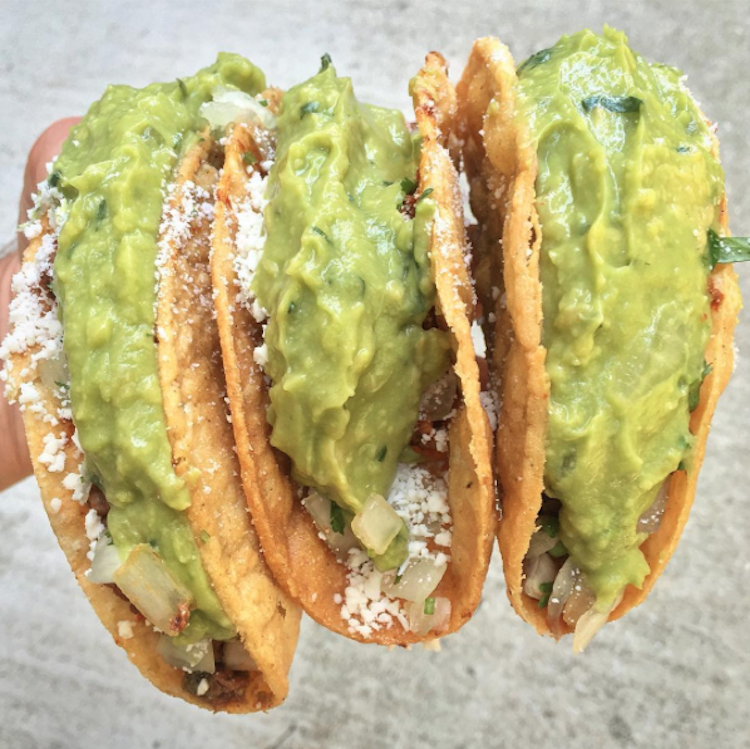 Don’t let the fact that Hugo’s is a chain fool you. This place is a vegan haven, partly because vegans can bring their meat-eating or gluten-free friends along. Whatever you get, order a side of the honey chipotle salsa to go with. If it’s an extra hot day, order the watermelon fresca, too. 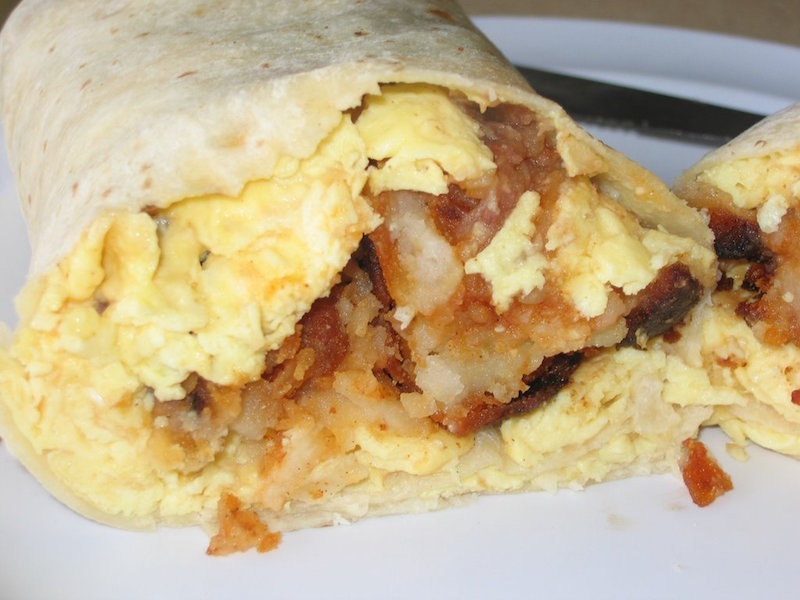 Sure, it’s a burger joint, but they also arguably serve one of the best no-frills breakfast burritos in the city (don’t forget to order extra of the green salsa). Conveniently located near the ramp of the 5-freeway, they have a great bonus: a drive-thru. 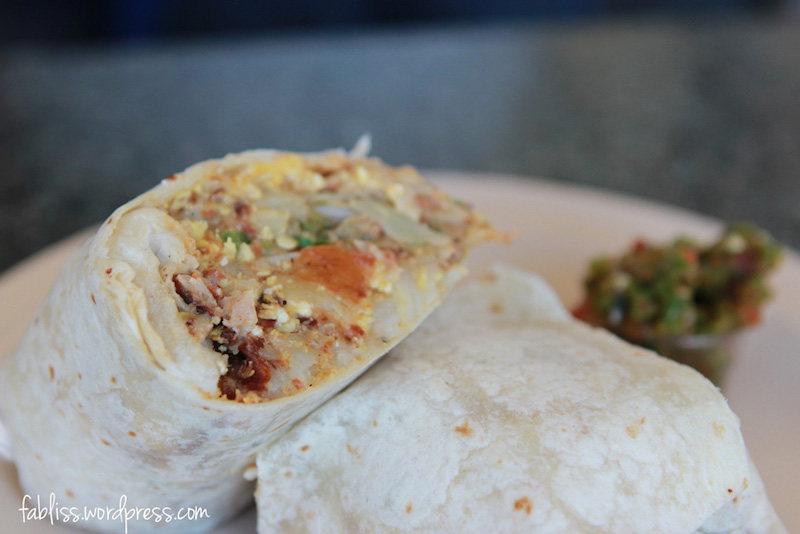 If you’re on the hunt for another great breakfast burrito, head up the 5 to Burbank. Corner Cottage serves a hunk of perfectly balanced egg, potato, and meat proportions, but only until 11 a.m. In other words, get there early. 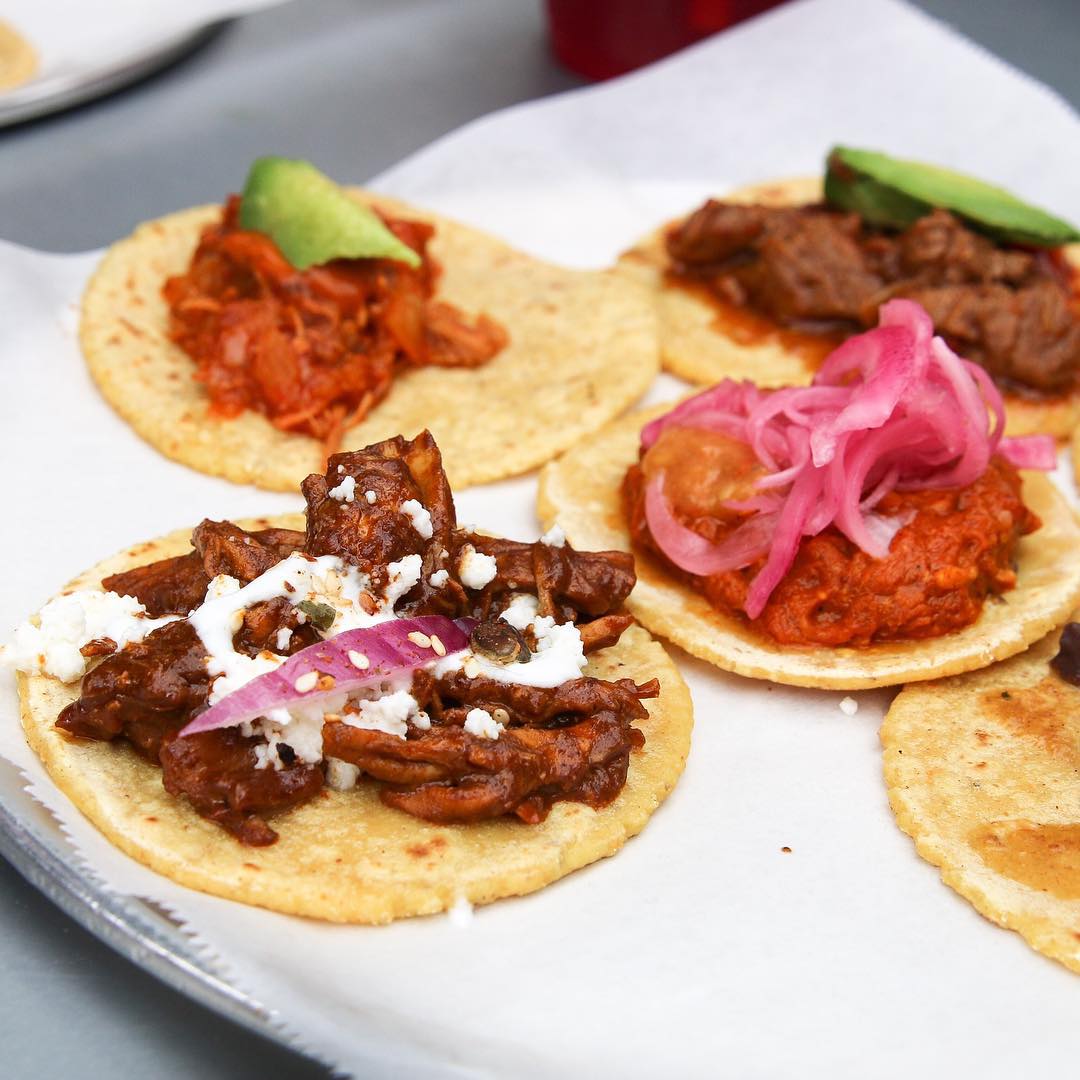 This is the perfect place to order a six taco sampler and an agua fresca before watching the Dodgers play—their Sunset Blvd location is within walking distance of the stadium. You can also try their made-from-scratch Horchata and handmade tortillas in Boyle Heights, downtown, and West Hollywood. 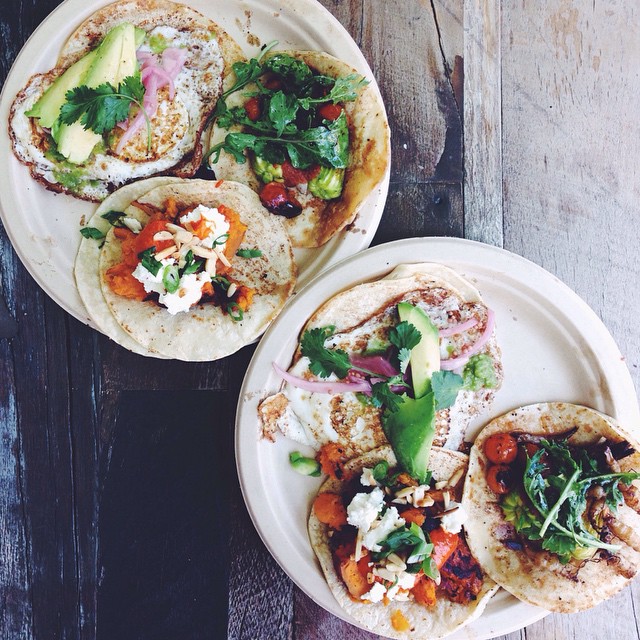 Fancy some gourmet? This is the food truck that’ll completely change your idea of food trucks, especially taco ones. Often roaming downtown, Guerrilla serves a menu that changes weekly. Tortillas have been topped with ingredients like crab, sweet potato, uni, and foie gras. Yes, you read that right. 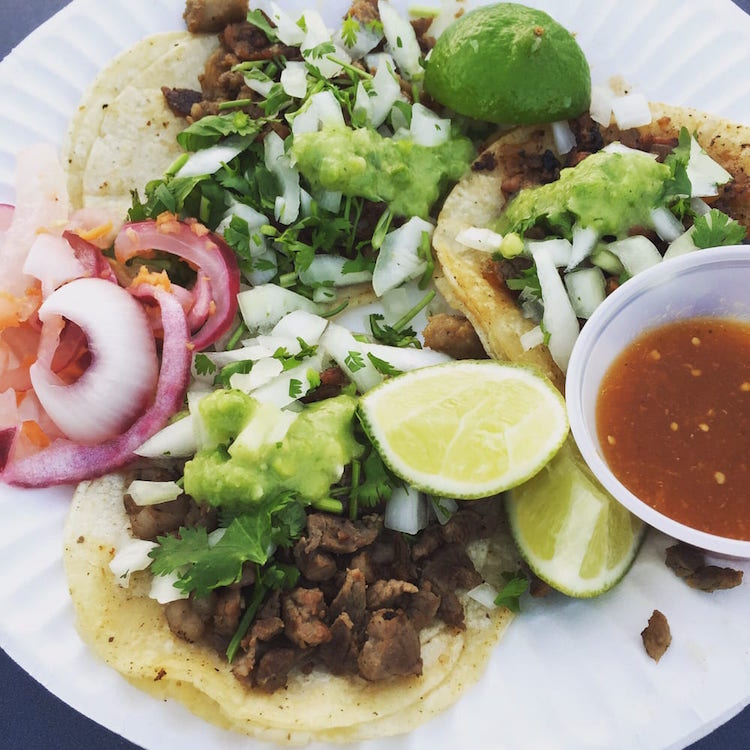 Travel down an alleyway and you’ll be served radishes, a lime wedge, and a stack of meat on a paper plate. (And you won’t complain.) At $1 a taco, this will feel like a secret, but given the long line (don’t worry, it moves fast) you soon realize why others are in on it.

Where’s your favorite place to grab a taco in LA? Share your secret in the comments below!