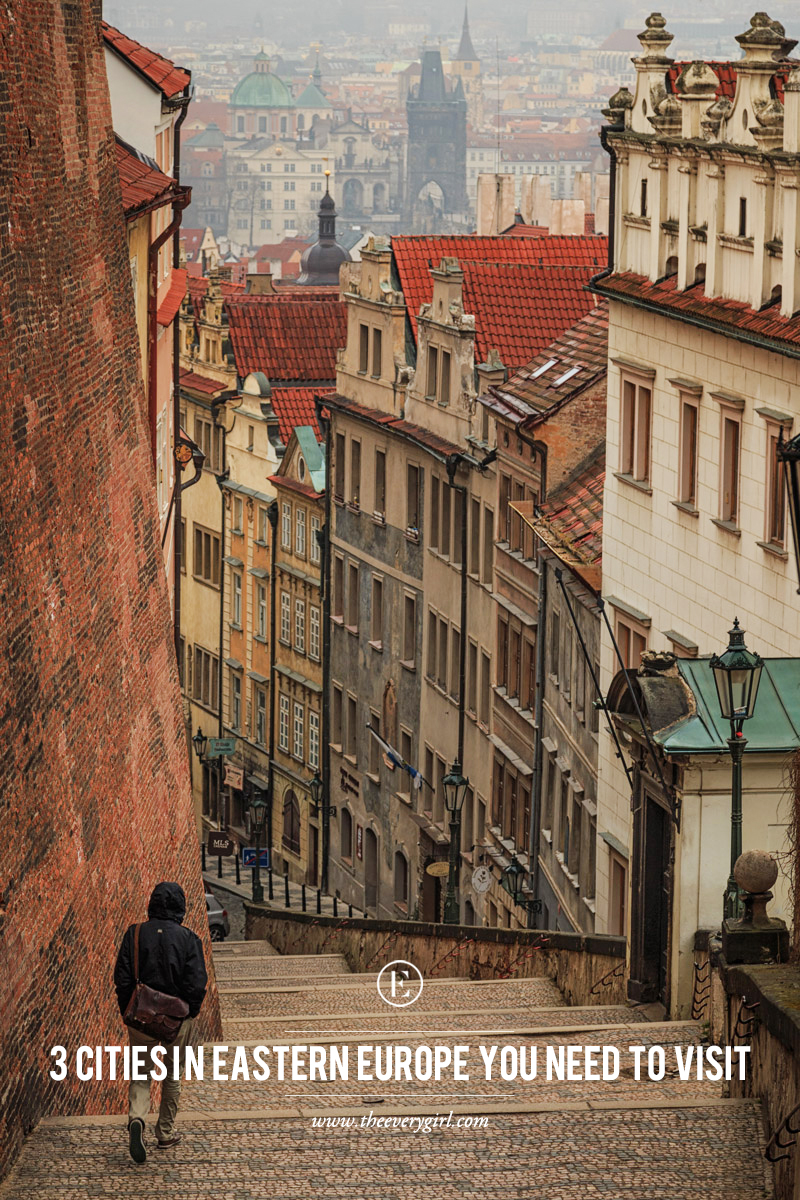 Savoring Spanish tapas, climbing the Eiffel Tower, and retracing Roman history make up the quintessential European travel loop, but just to the east lies an often overlooked adventure worthy of adding to your 2016 travel list. Eastern Europe, hidden behind the Iron Curtain until the 90s, is now home to some of the most beautiful destinations on the continent. Making the journey between Hungary, Poland, and the Czech Republic will introduce you to the incredible resilience of these cultures, people, and their national traditions. Added bonus? Many of these countries are still developing their economies after the fall of the wall and have not yet transitioned to the Euro, making it an affordable trip that won’t break the bank. 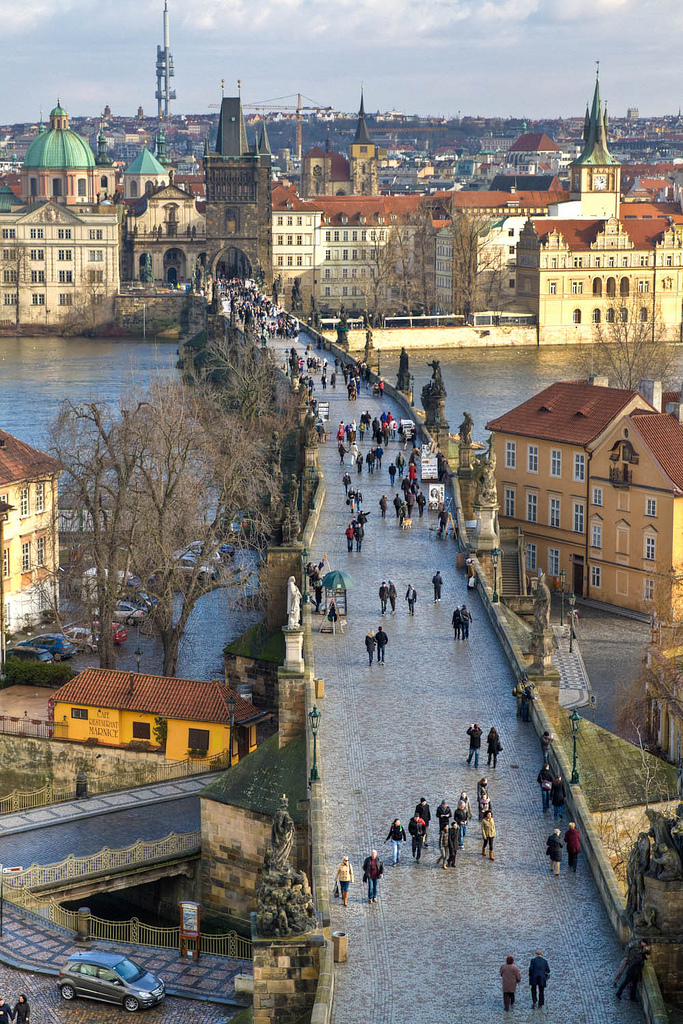 Coined “the Golden City of a thousand spires,” Prague is the best preserved Baroque destination in Europe, with cobblestone streets winding through traces of the city’s Soviet history. Nestled in a bend of the Vltava River, the majority of your sightseeing will be situated on the east side of the river, but the Prague Castle sits on the west bank. Czechs are known for their quirky personalities, so don’t be afraid to venture a bit off the beaten path. Some of the best experiences will come from winding through the Old Town and taking in Prague’s blend of past and present.

The Strahov Monastic Brewery: Perched at the top of Petrin Hill, this microbrewery dates back to the 13th century and serves some of the best home-brewed pints in town. Take a seat in the courtyard on a sunny day and indulge in traditional goulash served in a bowl of bread. If you’re visiting during the holidays, the Christmas ale and a pork knuckle with red cabbage is a pairing you can’t miss.

U Sudu: At first glance, this is an ordinary pub, but head to the back and down the stairs to find a labyrinth of lounge rooms and bars down below. For a more laid back experience, “Czech” out Lokal or U Medviku where you will find long cafeteria style tables, boisterous conversation, and a long night of lager ahead of you.

Prague Castle: Strolling across Charles Bridge towards Prague Castle is an experience within itself. Take in the street performers as you wind toward the west bank, also known as the Lesser Quarter. Once across, grab a fresh trdelnik from the vendor in the square and savor the Slovak sweet pastry as you make the climb up the hill. While those who enjoy history may find a formal tour of the castle interesting, simply taking in the grounds and view of Old Town from this vantage point is an experience in and of itself. On a chilly day, a mulled wine makes the return trip fly by. 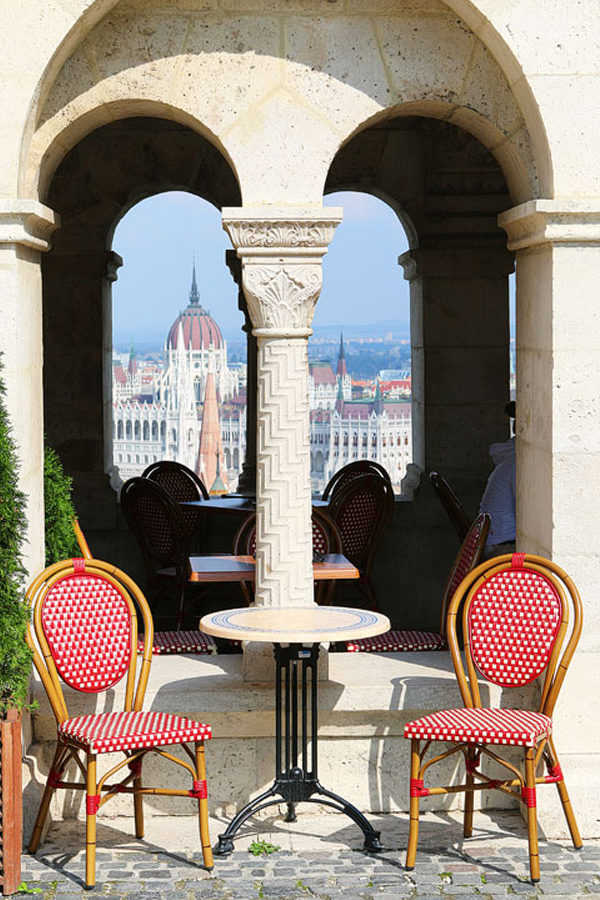 Two separate entities — hilly “Buda” in the west and flat “Pest” on the eastern bank — now merge at the Danube River to create one city with diverse personalities. Previously inhabited by Celtic tribes, Roman conquerors, Hungarians from the east, Germans during the occupation of WWII, and finally by the Russians, Hungarians are a spirited people. They are proud of their country’s strength, modern rebirth, and unique personality. Those who like a challenge will enjoy trying to pick up bits of Hungarian that is most closely linked to Siberian dialects. Fun fact: Yoda’s sentence structure is derived from Hungarian, so studying up on the latest Star Wars movie might give you an edge!

Bors Gastrobar: Gastropubs are popping up throughout the city as a new trendy street food twist on Hungarian cuisine. This spot’s soup and sandwich combo is the perfect pairing during sightseeing. Hummus Bar is another local favorite, with locations across the city. For a great snack, grab a traditional sweet or savory langos from a local vendor on the street and you’ll be full until the next day!

The Triangle: Three streets (Nagymezo u., Kiraly u., and Kazinczy u.) are home to the city’s ruin pubs—buildings bombed out during WWII and left empty until recently when people began transforming them into studios, bars, restaurants, and some of the cornerstones of the city’s nightlife. While Szimpla is the most famous, Instant, Ellato Kert, and Fogas Haz are a few others to explore. Strolling these streets and popping into each to take in the scene makes for an eclectic yet laidback night out on the town.

Skip the museums: While there is an abundance of history to explore in the city, the most unique experiences can be found by opting out of traditional museums and getting your hands a little dirty, literally! Under the streets and hills of Buda lies a vast network of caves. While the experience is not for the faint of heart, caving expeditions run throughout the day led by local guides. After you emerge and hike back over to the other side of the river, soak off the grime in one of the city’s famous bathhouses. Szechenyi is great for first timers, with baths ranging from steaming hot to ice cold; Gellert is posh with an outdoor wave pool; and Rudus is a bit more Turkish, complete with low lighting and steam rooms.

See our complete guide to Budapest here for more suggestions. 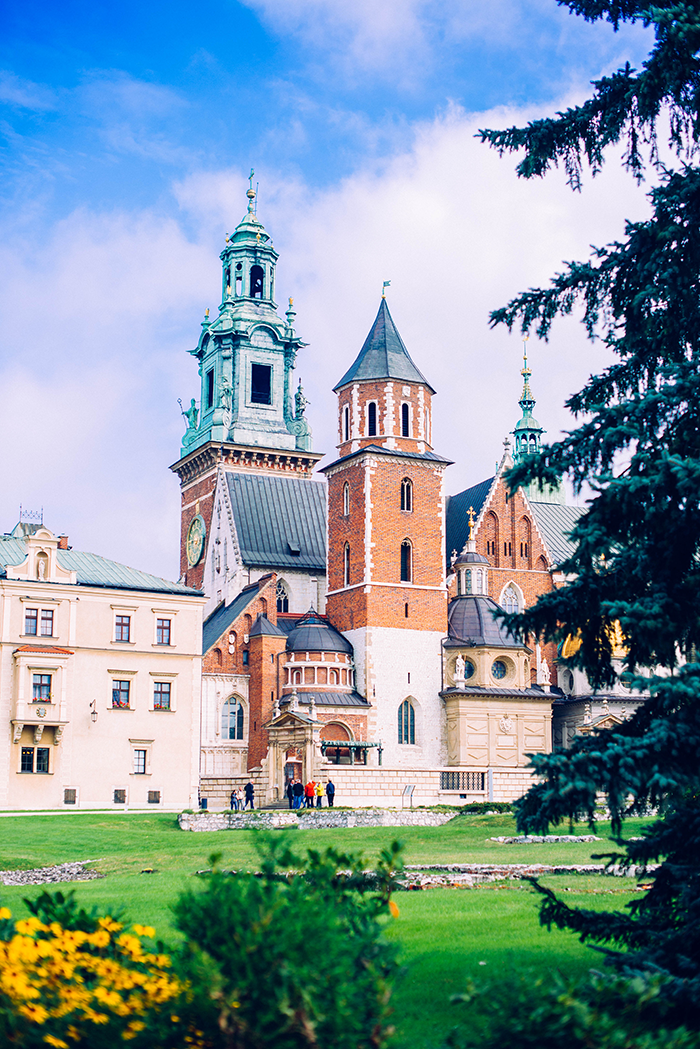 Whether you’re a museum-goer or die hard foodie, you’re bound to find that Kraków is one of the most captivating cities in Europe. As a former hub of WWII, hometown of Pope John Paul II, and a true “student city,” Kraków’s difficult history is intertwined with a deep national pride and emerging trendy attitude. While the historic sites just outside the city seem tough to prioritize on a whirlwind trip, making the pilgrimage to Auschwitz is a humbling experience that allows you to comprehend the country’s strength and resilience. Polish people are proud of the rebirth of their country, and while there are remnants of WWII and communist times, a visit to Schindler’s Factory, a traditional snack from the Jewish quarter, or a stroll after sundown are all present day experiences that you will not forget.

Milk Bars: Contrary to their name, milk bars sell so much more than dairy. These staples of communist times were the hub of community where locals received subsidized food cafeteria style. Today, modern milk bars pay homage to this tradition by serving delicious Polish food on the cheap. Expect several soup options, pierogis, and pancakes. Milkbar Tomasza is just off the main square and also has a delicious breakfast. If you don’t get enough of the local pierogi dumplings while you’re here, head over to Zapiecek, where they’re served hot 24 hours a day.

4zl: In the U.S. we have $1 stores, and in Kraków, there are $1 bars. For a 4zl beer, check out these hot spots teeming with energy any day of the week. Bania Luka is a good option in Old Town, and Pijalnia is a great place to start the night if you’re exploring the Jewish Quarter, Kazimierz. Finish your night with a zapiekanka from the chicken coop turned food stall in the center of Plac Nowy—this pizza-bread baguette smothered in garlic sauce always hits the spot.

The Planty: Take a look at a map of Kraków, and you might notice something peculiar about the shape of the Old Town. Encircling the city center is the Planty, a park that now exists where the medieval moat fortified the city walls. A walk around the park takes about two hours and eventually leads you to Wawel Hill. Climb to the top for a view of the castle and you will have definitely gotten your steps in for the day!