No matter what we do to try to remedy the situation, we perpetually seem to feel as though there’s never enough time in the day to accomplish all that needs to be done (and enjoy, you know, living, too). It’s frustrating, and on some days this perceived lack becomes even more than an irritation—it’s a cause for panic attacks or stress-induced emotional meltdowns.

So, when we happened upon a book called The Art of Stopping Time: Practical Mindfulness For Busy People that promises easy, actionable methods for reclaiming hours in the day, we were intrigued. The book was written by Pedram Shojai, aka The Urban Monk, a doctor of Oriental medicine and a Qigong master. It offers short “gongs,” which Pedram suggests you read on a one-per-day basis. These may sound woo-woo but are actually 100% grounded in the reality of a busy 2017 lifestyle, meaning they concern email use, multitasking and more (rather than, say, the use of isolation tanks or something equally vague in benefit and difficult to implement).

Keep reading for our three favorite gongs, summarized, which you can start ASAP to add some much-needed breathing room back into your life.

This concept may not be new to you—it gained popularity via The 4-Hour Workweek, but it’s worth reiterating since so few of us adhere to it. In his gong “E-mail Time,” Pedram suggests you check yours just twice a day—once in the late morning, for 30 to 60 minutes depending on volume, and again in the late afternoon. He further suggests tackling only the quick emails—ones that can be responded to in five minutes or less—in the early hour and then returning to the longer ones on your second, PM pass.

Additionally, Pedram suggests you communicate as clearly as possible in your emails to avoid back and forth. In other words, imagine your email is a snail-mail letter that will need to convey all the information at once instead of an open dialogue. This will help you feel as though you’re closing out conversations quickly rather than dealing with email chains that never end.

Pedram aims in this gong to help you delegate tasks in your life in order to reclaim some valuable time. To do this, he recommends you pick a typical day and list everything you did. Then, put a star next to every item you think you could get someone to help you with.

From here, he suggests looking first at the items you could get free or easy help on (e.g., making your significant other plan dinner or handle the joint social calendar, for once). Once those have been delegated, he suggests you look at the itinerary items it might be worthwhile to pay someone else to do. For $3 an hour, he says as an example, you can get a personal assistant via Upwork or Brickwork to take some of the more menial tasks off your plate.

One simple tip from this gong that we love? Ordering things online saves so much time—no driving, no parking and no waiting in line. If you don’t already do so, it may be time to consider having your necessities (e.g., toilet paper) delivered regularly. Every half hour in your life, reclaimed, counts!

We all have people in our lives who serve to drain us of both time and energy. Pedram calls them Time Vampires and says we often engage in codependent relationships with them. “Your time is the measure of your life force, and it’s all you’ve got,” he says. “Spending it recklessly with people who don’t serve and support your mission in life is an easy way to feel empty, drained and derailed.” So. True.

He suggests making a list of the people you spend the most time with, including everyone from your family and friends to your coworkers and even carpool buddies. Then, evaluate this list and see where you may be spending too much time without benefit (e.g. at the watercooler with that one chatty coworker). Train yourself to exit interactions that aren’t serving the goals of your day faster, and to exit relationships that aren’t serving the goals of your life faster. If a “friend,” for example, doesn’t know anything that’s going on with you and yet you know every detail of her life, she’s a Time Vampire and you likely need to minimize your interactions with her. Click here for more information on how to banish no-value-add people from your life. 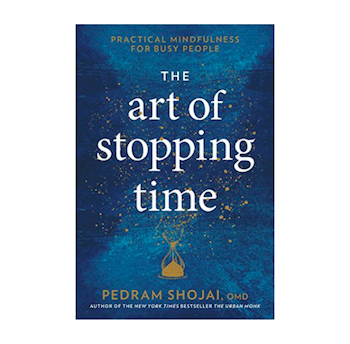 The Art of Stopping Time: Practical Mindfulness for Busy People 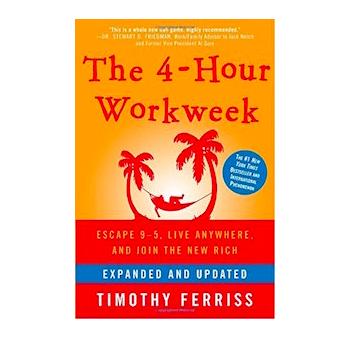 This post originally appeared November 7, 2017, on The Zoe Report.