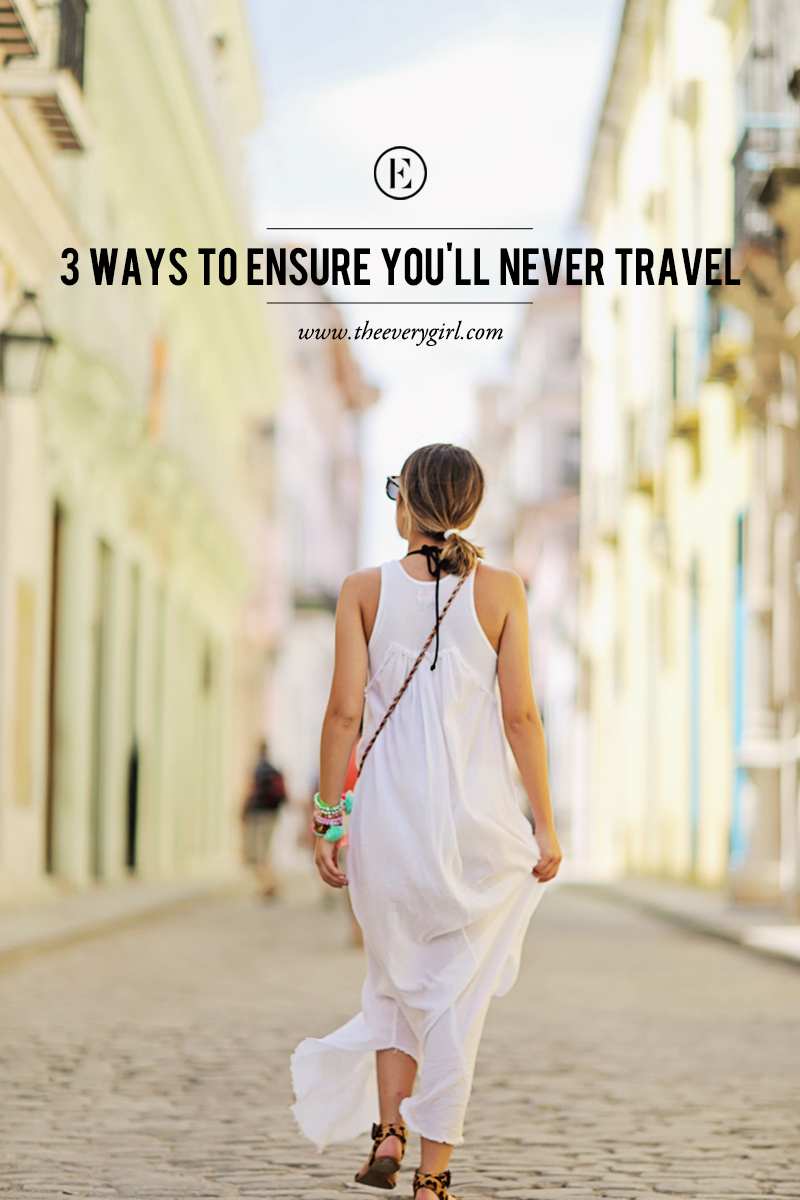 I’ve heard it time and time again: I wish I could travel more. I’ll take that trip someday. After the kids are older. After I win the lottery. After. Later. After. Later.

And never is probably the most realistic answer.

It’s not my intent to sound harsh, but the truth is traveling is not something that just “comes about.” Unless you’re a CIA agent, supermodel, or billionaire, if you want to travel, then you have to prioritize it in order to make it happen.

On a similar note, you can just as easily self-sabotage any eventual plans to travel by believing a few—let’s call them—lies. Lies that insert themselves into your way of thinking so that, subliminally, you’ll continue to push off that dream trip and never go on it at all.

A key point of distinction here: there is absolutely nothing wrong with the person who decides that traveling is not for them. Sometimes our subliminal conscious can reveal the deeper recesses of our heart; we may say we want to do something when, in reality, other priorities matter to us more and so we tend to live in light of those. Whether it’s to feel cool, smart, relevant, or to play into an idealized version of them, many people who profess a desire to be well traveled may not truly want to be at all.

Consider the below as a litmus test for yourself and your own priorities. Ask yourself if travel matters enough to you that you’re willing to push through these common mind traps. Then, if you decide that you are, go forth! Let the horizon be your guide.

Here are the three most common ways to never actually travel:

1. Wait until you have the money. 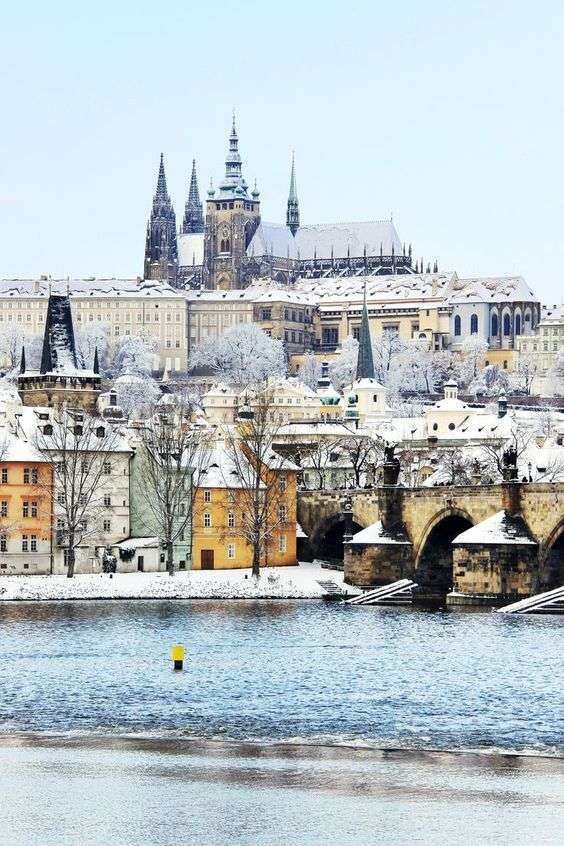 It’s true. To travel, you need to spend money. Most likely, this will be money that would have bulked up your savings account, bought you that new jacket, spruced up your living room, or have been used any other number of ways. For most people, travel will involve a tangible, budgetary sacrifice and given the demands of modern life, a plane ticket will almost always mean forgoing something else. This is a fact any committed traveler knows well and resigns to.

Of course, forgo wisely here. Food, health, and children’s needs, for example, should never be denied for the sake of an almighty vacation. Be smart, but then allow yourself to feel the constraint a future trip might cause. Who knows, not giving into flash sales or spur-of-the-moment purchases could actually help your budget instead of harm it. 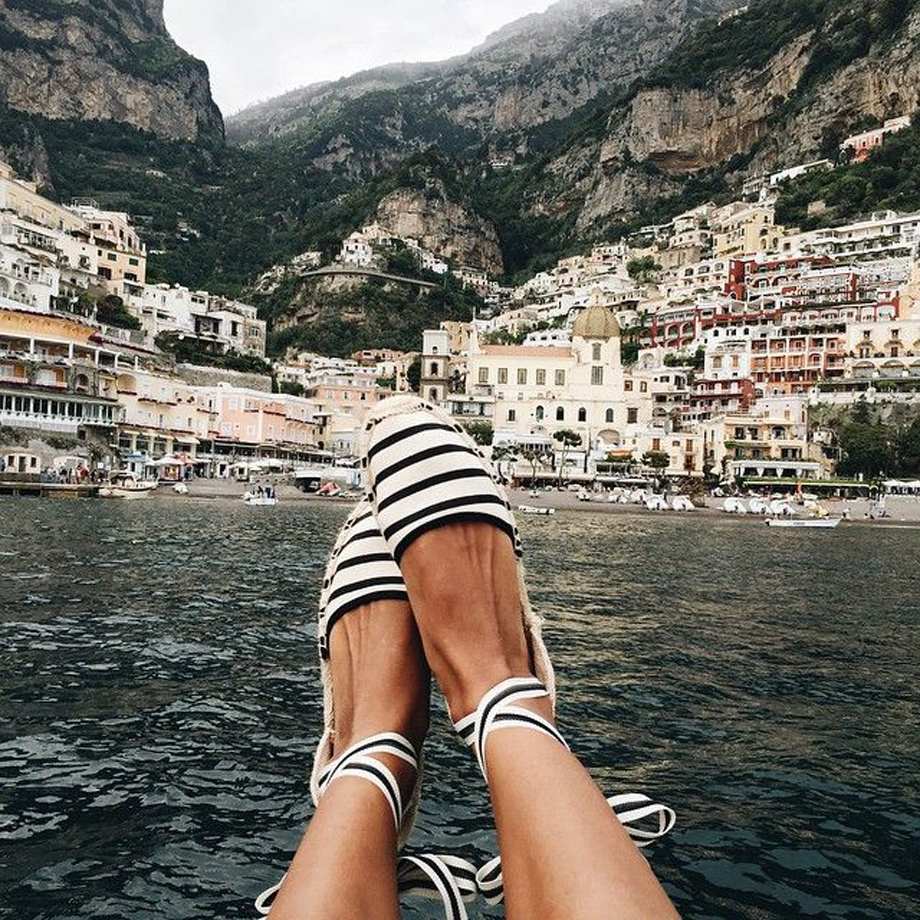 So many people believe that because they didn’t study abroad in college or take a gap year jaunt to Europe, they’re stuck having to make up for lost time in one huge trip. This is a common, crazy, and costly mistake.

London, Rome, Berlin, Barcelona! Just budgeting and itemizing all the sights to see in one of those cities is enough to paralyze any traveler into pushing it off all together. The trick? Be honest with yourself; don’t compare your trip to anyone else’s; choose what matters most to see. Just because you heard you’d be crazy to miss all the art in Florence, if art isn’t your thing, don’t pretend it is. You’ll be better off slowly watching the sunset in Camucia on a local pizzeria’s patio (with an uncorked bottle of wine) than you would blocking out your entire day bopping from tour to tour checking off items on someone else’s bucket list.

Repeat travelers do so because they’re OK with setting their own goals and going at their own pace. Take note and follow (your own) suit. 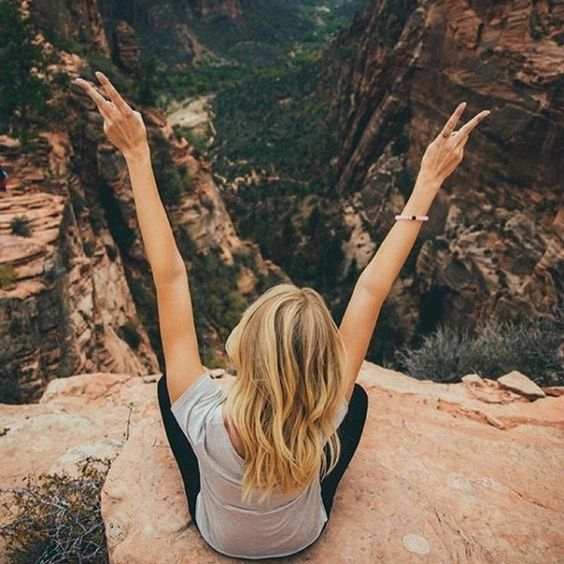 Sometimes, it really is that simple. Mind over matter, and when you believe that you can’t, almost always… you can’t.

If you’ve allowed someone else’s words, a fear of the unknown, or your own insecurities to keep you from believing that you, too, can be a traveler, consider this as your charge to turn a new page.

One of the many reasons travel can become so addictive is because it offers a chance to escape your normal routine. Being in such a place also means, however, that you’re more likely to experience things that frustrate or even grieve you. These are usually things you’d try to avoid (right up there with giving up a sense of control) but to travel well you must allow yourself to embrace the unexpected with open, thankful, and teachable arms.

If you think travel will bring more headache than healing or that you’re just not daring enough or brave enough or any kind of enough to go through with it, that’s usually a symptom of something bigger than just say, a fear of flying. Even one trip has the potential to change your life, setting you on a course to unearth parts of yourself that you never knew existed.

Champion you for a second—and then see if travel still fits in with the you you’d like to be in five, ten, or even thirty years. The time will pass anyway; it’s just matter of how—and where—you’d like to spend it.