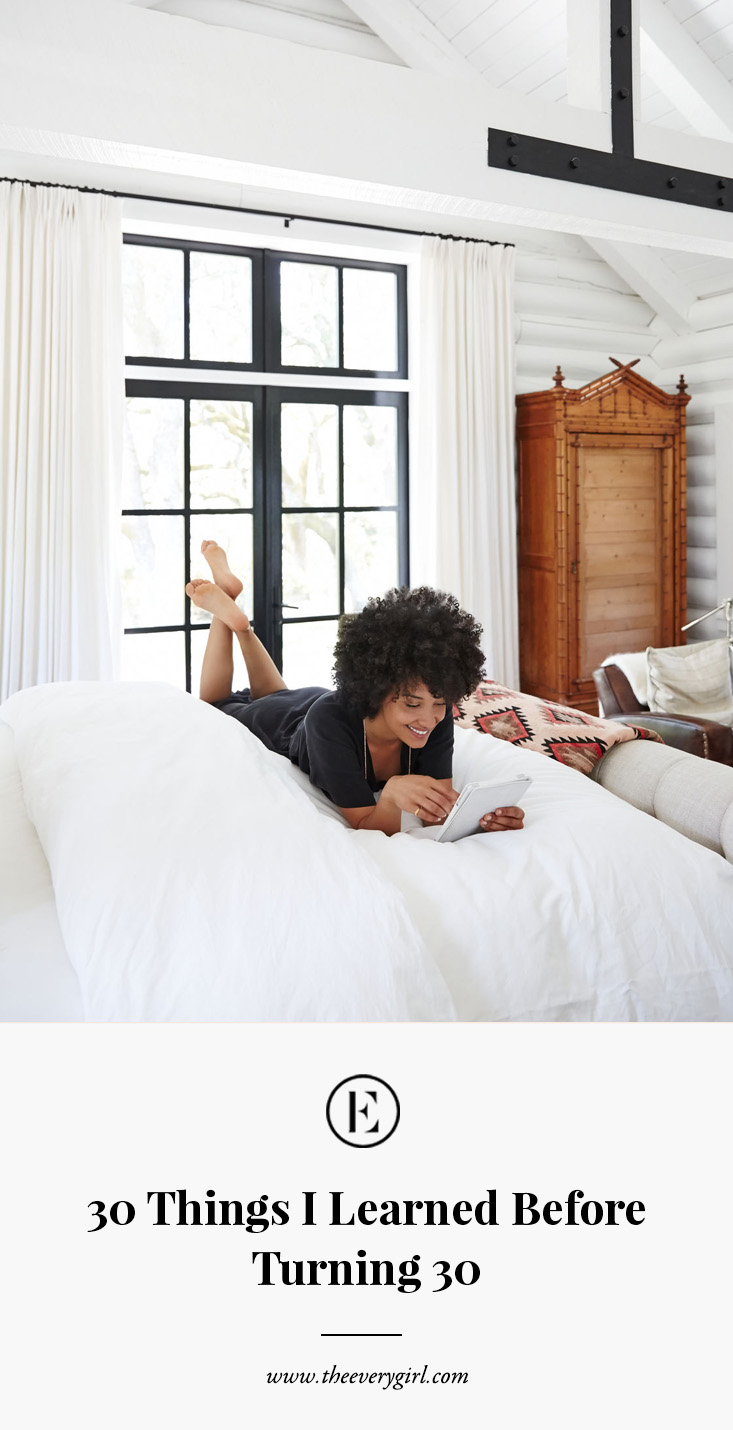 Well folks, that BIG OLD birthday is just six months away. In September, I’ll be turning 30. If I’m being honest, I don’t really have too many feelings about this one. Turning 28 was hard for me, as it signified the start of my late 20s. Additionally, it was all around just a pretty trying year. 30 feels fresh. In a lot of ways, I still feel 18 and maybe always will. I have always felt a little bit more mature than my age suggests, so maybe I welcome 30 as my official “you made it.” This is where you belong. This is where you will thrive.

I’ve learned a lot in these last 30 years — certainly more than one could ever put in a blog post. I know that there’s still so much that I don’t know, but here’s what I do. I wanted to share those learning with you all — and perhaps my younger self — as a reminder than we are all fumbling through this thing called life together.

1. How to be genuinely happy for others. For me, this came at a point when I was truly happy with my own life. After I achieved some of the successes I was fighting for, I realized that someone else’s triumphs don’t diminish yours. I have a great bunch of supportive women in my life and even if we’re in the same industry, we still cheerlead each other. Being happy for someone else doesn’t take from you. It fills you up.

2. It’s OK to say no. It’s also OK if saying no disappoints people. You can only focus on your own happiness. Saying no to one thing leaves you room to say yes to something else you really want.

3. Stop waiting for the other shoe to drop. I’m still working on this. Kacey Musgraves has a great song on this, appropriately called Happy & Sad.

4. Unfollow anyone on social media that makes you feel badly about yourself.

5. Don’t dwell in your mistakes for too long. Life is short — forgive yourself and move on.

6. It’s OK to be unsure about having kids.

7. What you think of yourself is not only more important than the opinion of others, it’s all that truly matters at the end of the day.

8. Life isn’t fair. There are always going to be people who struck a better deal, but also those who have it way worse. There are people really suffering out there. Be grateful for what you do have.

9. You can create a life you want. Just because you were one thing before doesn’t mean you’re just that now — but never forget where you came from. You can change, but you can’t change others.

10. The sooner you learn that your happiness is something you work on every day — and not just a goal to hit and have forever — the better off you’ll be. 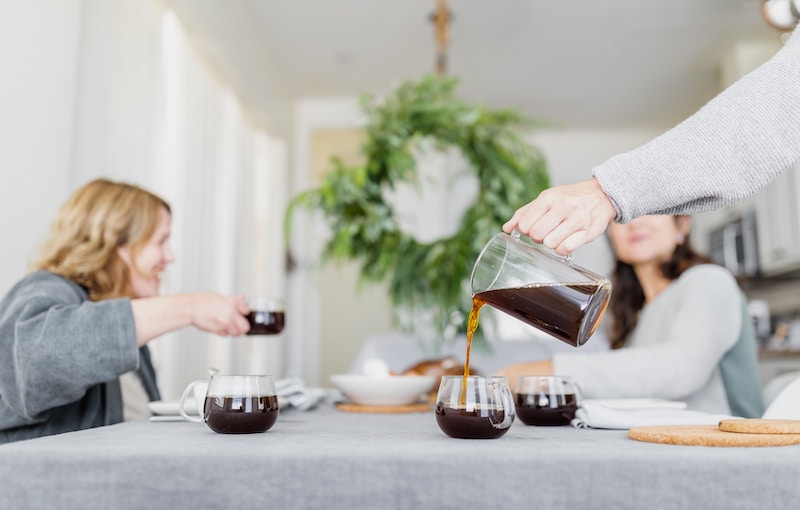 11. You don’t have to jump when someone tells you to. Everyone has different priorities in life; don’t let others make theirs yours.

12. Don’t make accommodations for those who wouldn’t give you the same consideration. I spent far too long working my schedule around what worked for clients and friends, getting little consideration in return. It’s OK to make gym appointments with yourself and to actually keep them! Be cautious with your time but also show up for the people who show up for you. If your friends fly in from Australia for your wedding, you drive six hours to their baby shower.

13. Ignore the noise. If there’s someone or something negative in your life, block it out. You choose what you allow into your life. If it disrupts your peace it isn’t worth it. This could mean ending a friendship, firing a client, or taking a month off of social media.

14. Stand up for yourself. My biggest regrets come from times that I left the situation feeling taken advantage of.

15. Once you reach a point where you have what others want, they’re going to come running with their hands out — be selective about who you answer the door for. This is a lesson I learned the hard way. I always want to help and share and offer advice, but have been burned many times in the past by people who have less than fair motives. Just because someone is asking doesn’t mean you have to answer. There’s a fine line between being nice and being a doormat.

16. Friendships built on a tearing others down are not built to last.

17. Realize that everyone has people who love them in their life, so treat everyone with respect. Even if you don’t, someone somewhere cares for them.

18. It’s OK to not have a big group of girlfriends. Having a few great friends is better and a bunch of mediocre ones.

20. Not everyone is going to get you. Hold tight to the people who really see you. 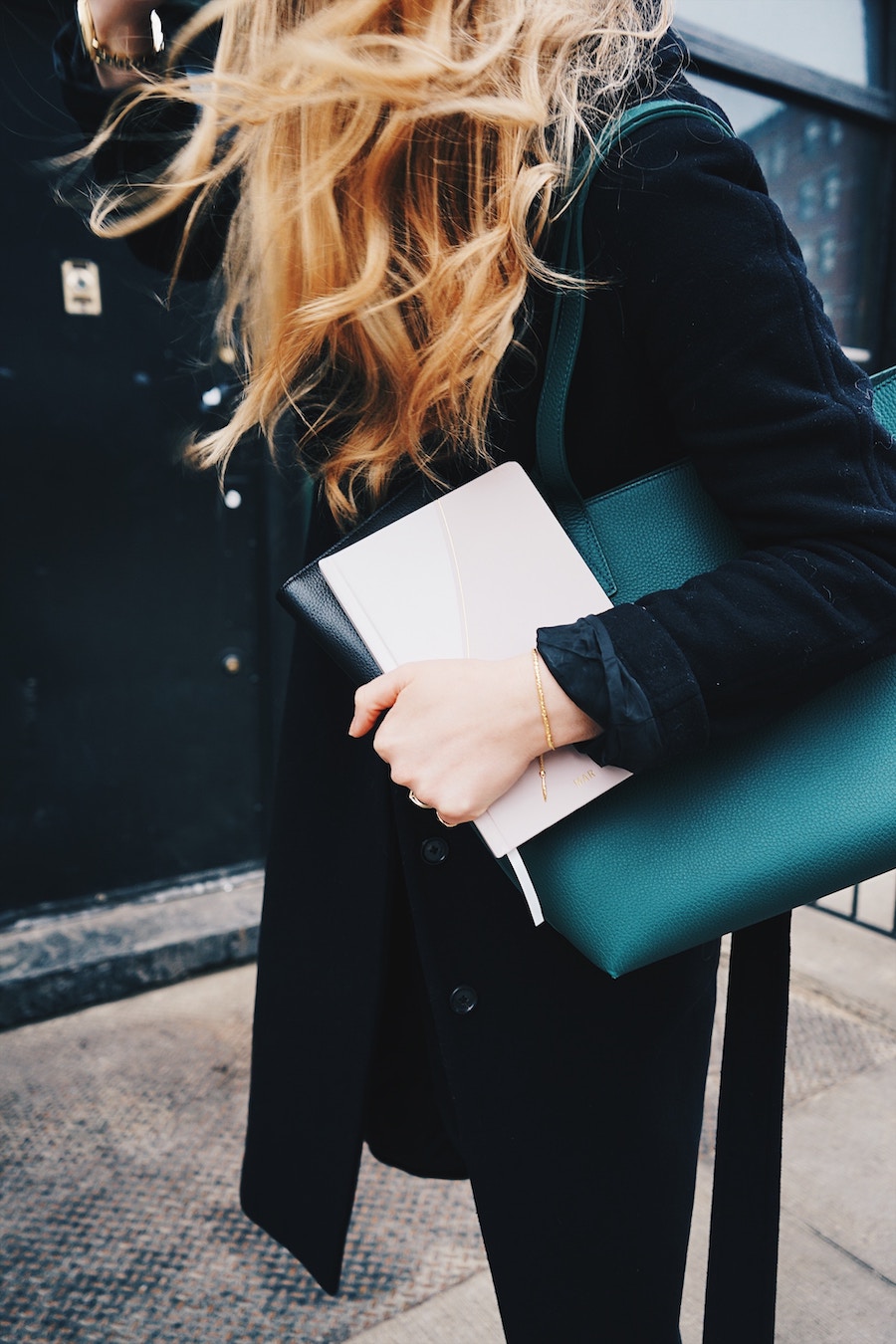 21. Work isn’t everything. This one is especially hard when you’re in the entrepreneur grind, but you need to take breaks. You don’t get points for being the busiest. I’m tired of hearing about the hustle. Sure, it’s inevitable in the beginning that there will be long hours, but get out of that rhythm as soon as you can or you’ll burn out.

22. It’s really satisfying to prove people wrong — but also great to prove them right. What I mean is, it’s great to do what others say you can’t but even better when you aren’t surprising those supportive people around you that always believe you could.

23. Create a supportive community around you. Delete the drama.

24. Mistakes are only mistakes if you don’t learn from them.

25. I used to think that successful people had it all figured out and they were these superior beings — like they unlocked some sort of key to happiness and wealth. But wealth doesn’t necessarily bring you happiness, and in most cases, successful people really just figured out that there are no shortcuts to success and don’t ever really feel like they’ve made it. On the other side of hard work is just more hard work. Truly successful people just get up every time they’ve been knocked down.

26. Never underestimate the intern — we all started somewhere.

27. Don’t reply to scary emails until you’re ready. Really think about what you want to say and only reply when you’re in the right frame of mind to give a thoughtful response.

28. If your talents are being wasted in the wrong role, it’s OK to leave it. Find your fit and place value on yourself even if others don’t. Everyone has their own objectives and idea of “who you are.”

29. There are some things other people are better at doing. It’s worth your time to pay them so you can focus on your strengths.

30. The smartest kids in high school aren’t always the most successful in their adult life. Street smarts count more than book smarts. It’s all about making the best out of what talents you’re given.