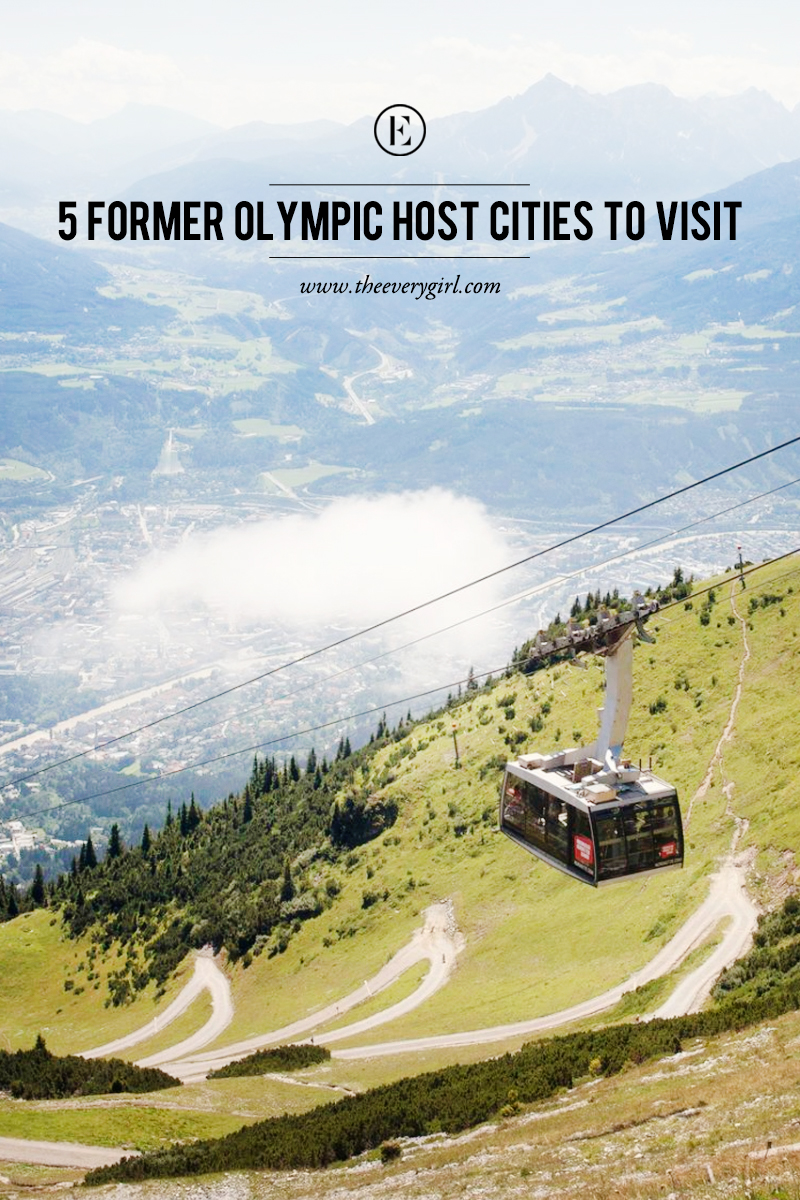 This year, Brazil became the first South American country to host the Olympic Games. Since the modern Olympics began in 1896, the Games have been held in more than 40 different cities across the globe, ranging from Sydney to Salt Lake City to Stockholm. (As of 2016, no Olympic Games have been hosted in Africa.) That gives Olympic fans quite a few possible travel destinations from which to choose!

Considering some of these cities are uniquely suited to hosting a summer event and others are perfect for a winter celebration, travelers can plan an Olympic trip any time of the year. Check out The Everygirl’s travel guide to Rio de Janeiro to celebrate the 2016 Games, and then add one (or more!) of the following former Olympic host cities to your travel calendar. 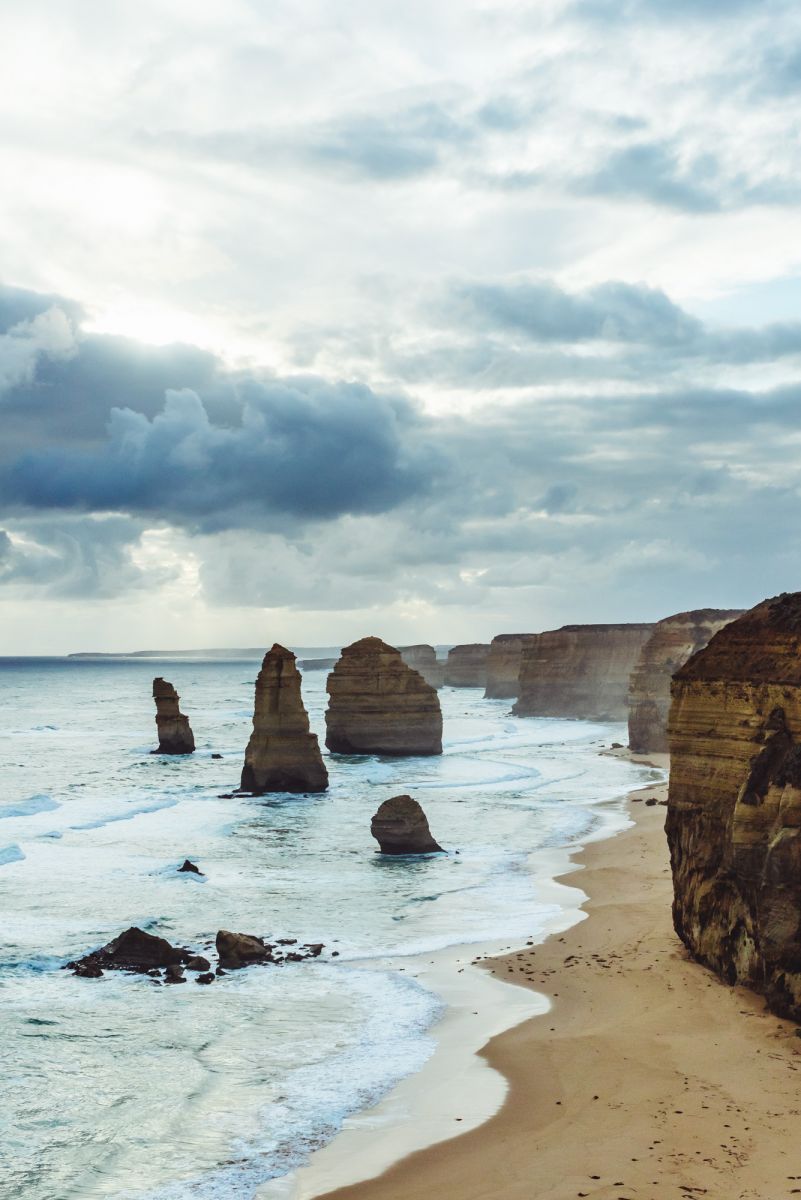 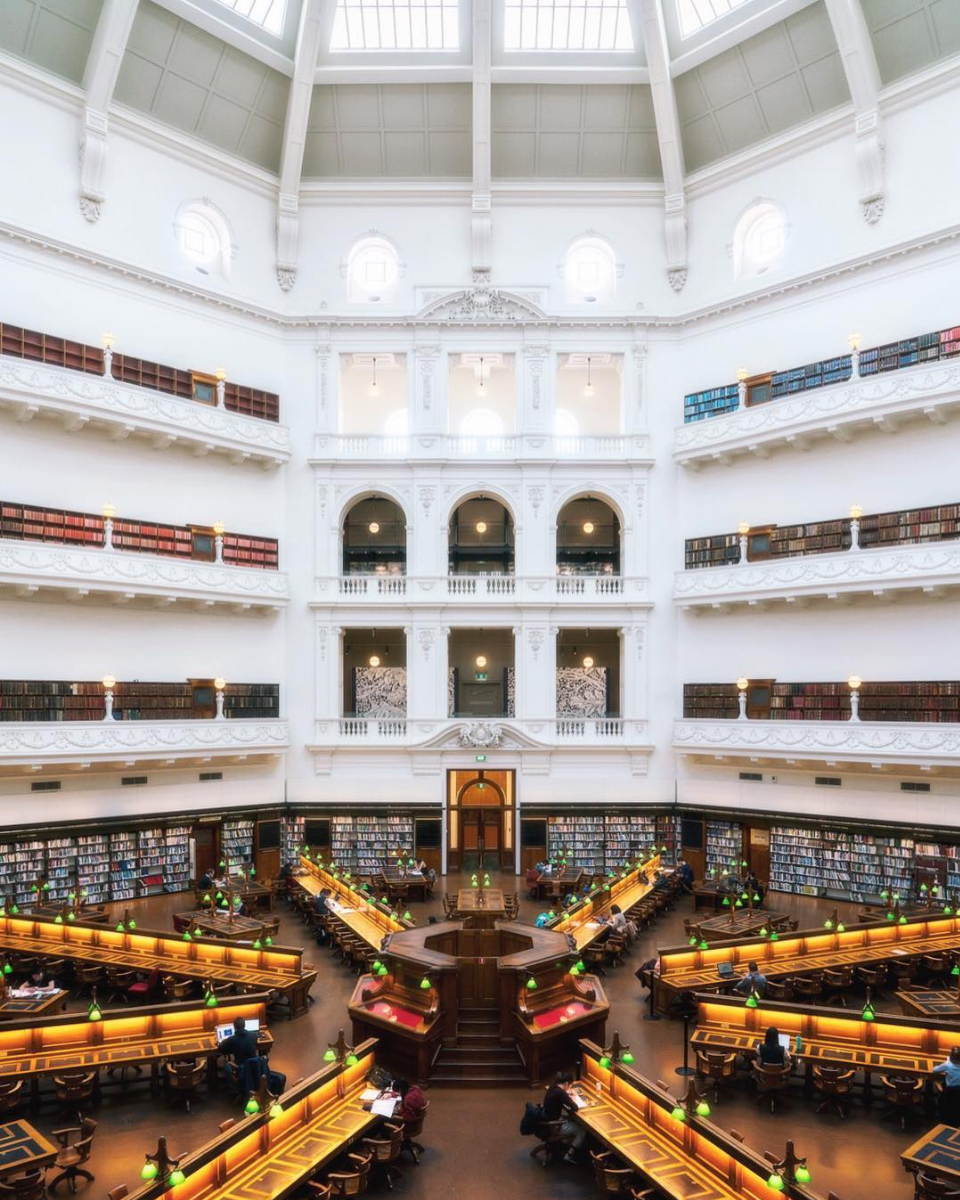 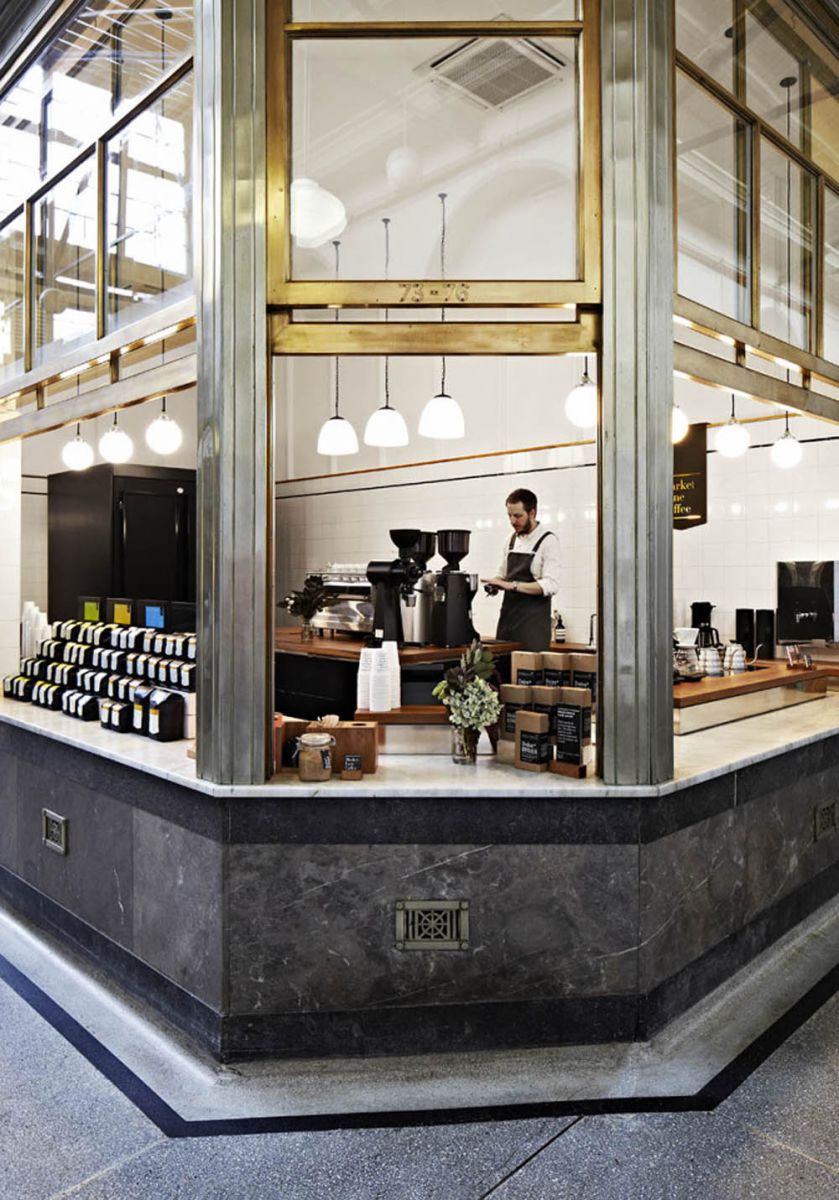 Nearly half a century before Sydney hosted the 2000 Summer Olympics, Melbourne became the first Australian host city in 1956. Head to the “cultural capital of Australia,” located in Victoria on the southeastern coast, for a vibrant cafe culture and art scene.

Melbourne offers something for every type of traveler: Bookworms can bask in the beauty of the State Library of Victoria, sports fans can visit the Melbourne Cricket Ground, art appreciators can tour the National Gallery of Victoria, and everyone can enjoy an evening at one of the city’s many rooftop bars or a day of wine tasting.

Before leaving Melbourne, be sure to snap some iconic Instagram shots of the colorful bathing boxes at nearby Brighton Beach.

Olympic fun fact: Because of strict quarantine laws in Australia, the equestrian events for the 1956 Summer Games were held in Stockholm, Sweden. 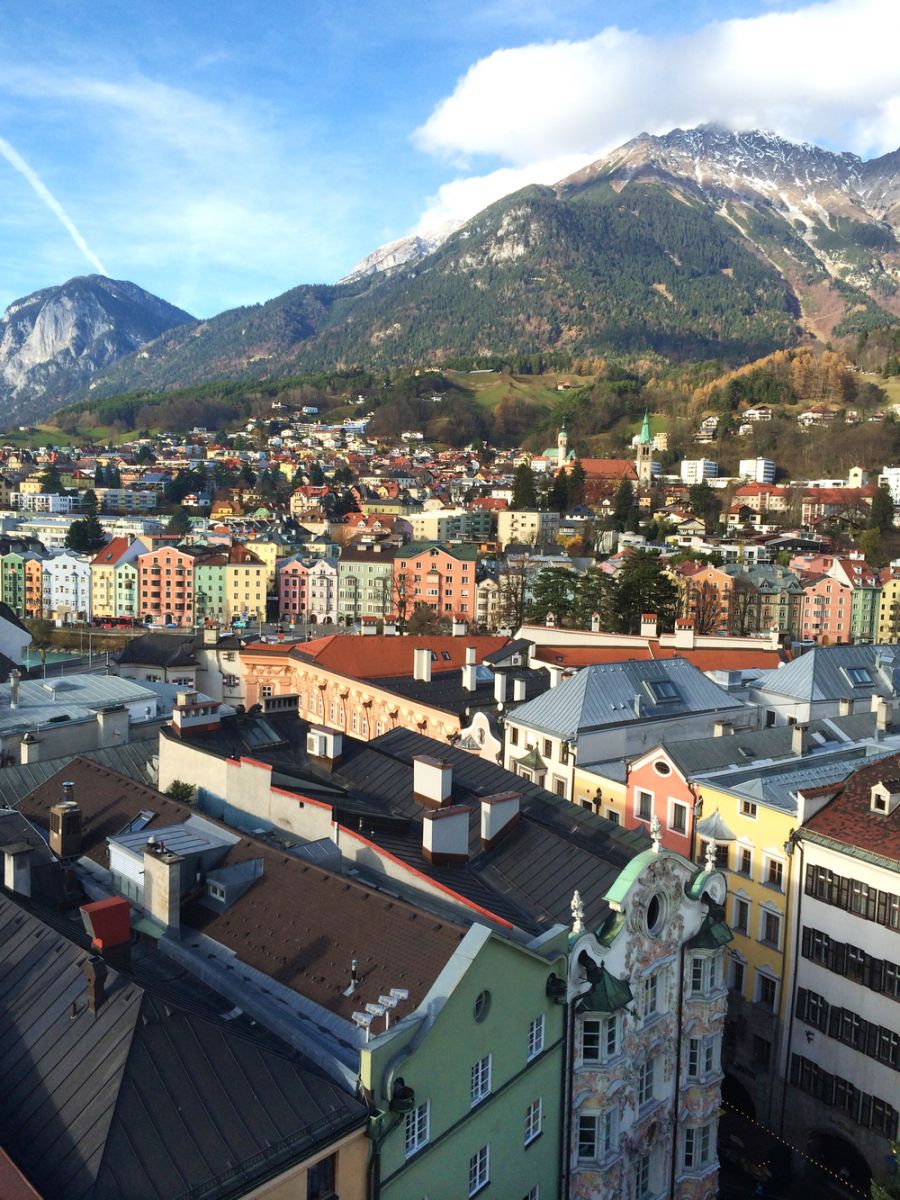 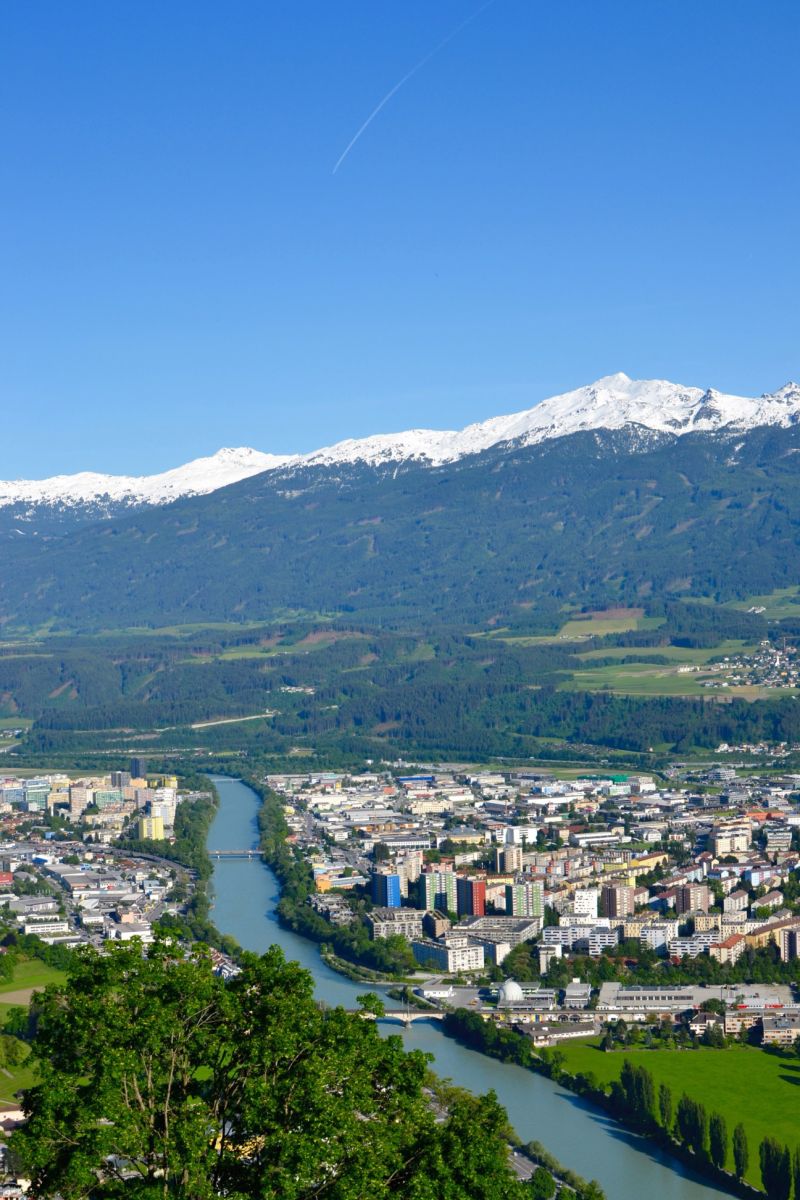 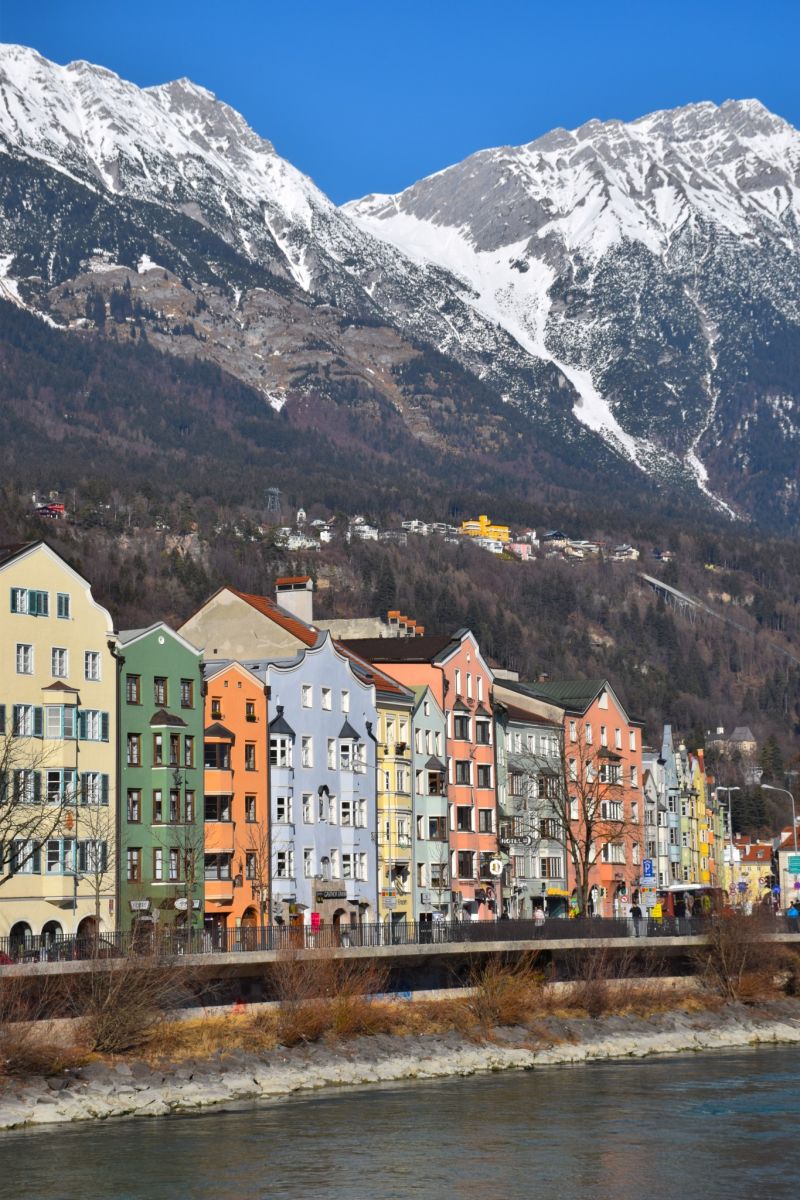 Source: Round the World in 30 Days

Innsbruck is typically known as a great winter destination—which explains why it has hosted not one but two Winter Games (1964 and 1976)—but the town’s alpine charm can be appreciated any time of the year. Known for its colorful facades and mountainous views, Innsbruck is the perfect stop for outdoor adventurers and history buffs alike.

For a scenic introduction to the region, visitors can ride the Nordkettenbahnen from the center of Innsbruck to the mountainside. Once on the mountain, there are several dining options to choose from, as well as skiing, mountain climbing, or hiking adventures, depending on the season. The Bergisel Ski Jump, constructed as part of a refurbishment project for the Olympic Arena, also offers spectacular panoramic views of the city, and Olympic hopefuls train at the venue during the summer months.

Visitors can also explore the town’s medieval history in Old Town, including landmarks such as the Hofburg and the Golden Roof, and admire the Gothic and Baroque architecture of Innsbruck.

Olympic fun fact: The 1976 Winter Games were supposed to be held in Denver but were moved to Innsbruck after Denver voters rejected public funding for the Olympic facilities. 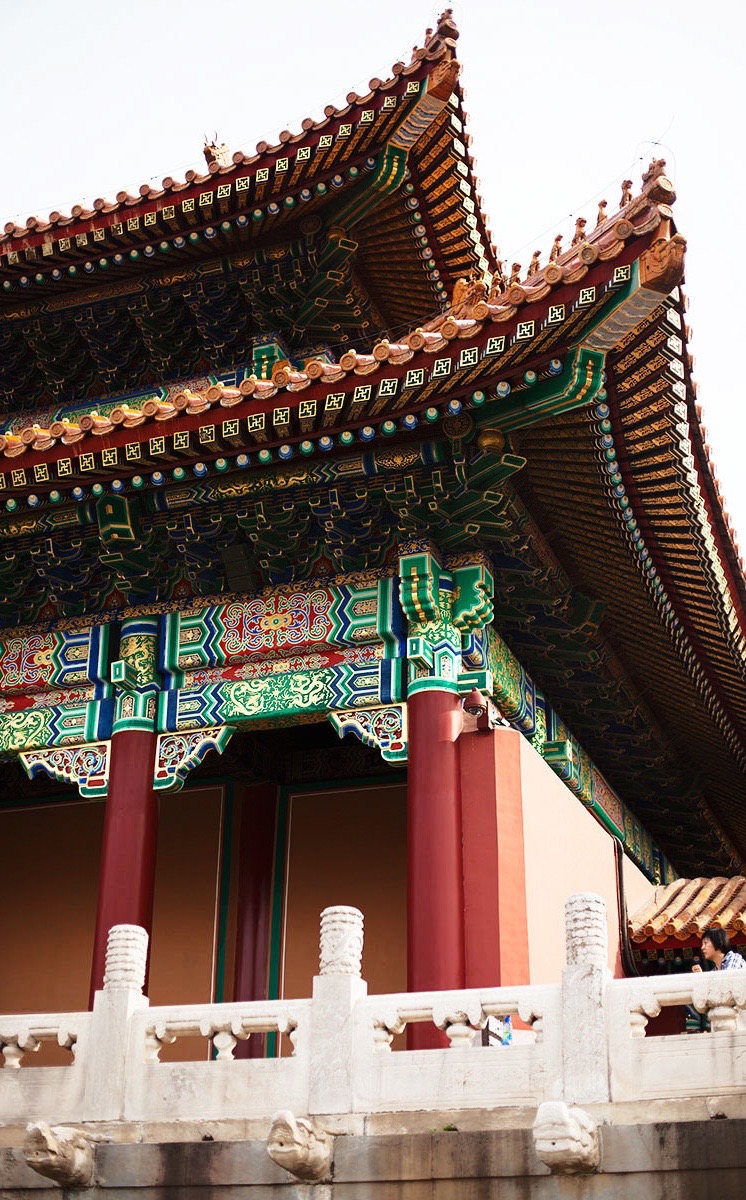 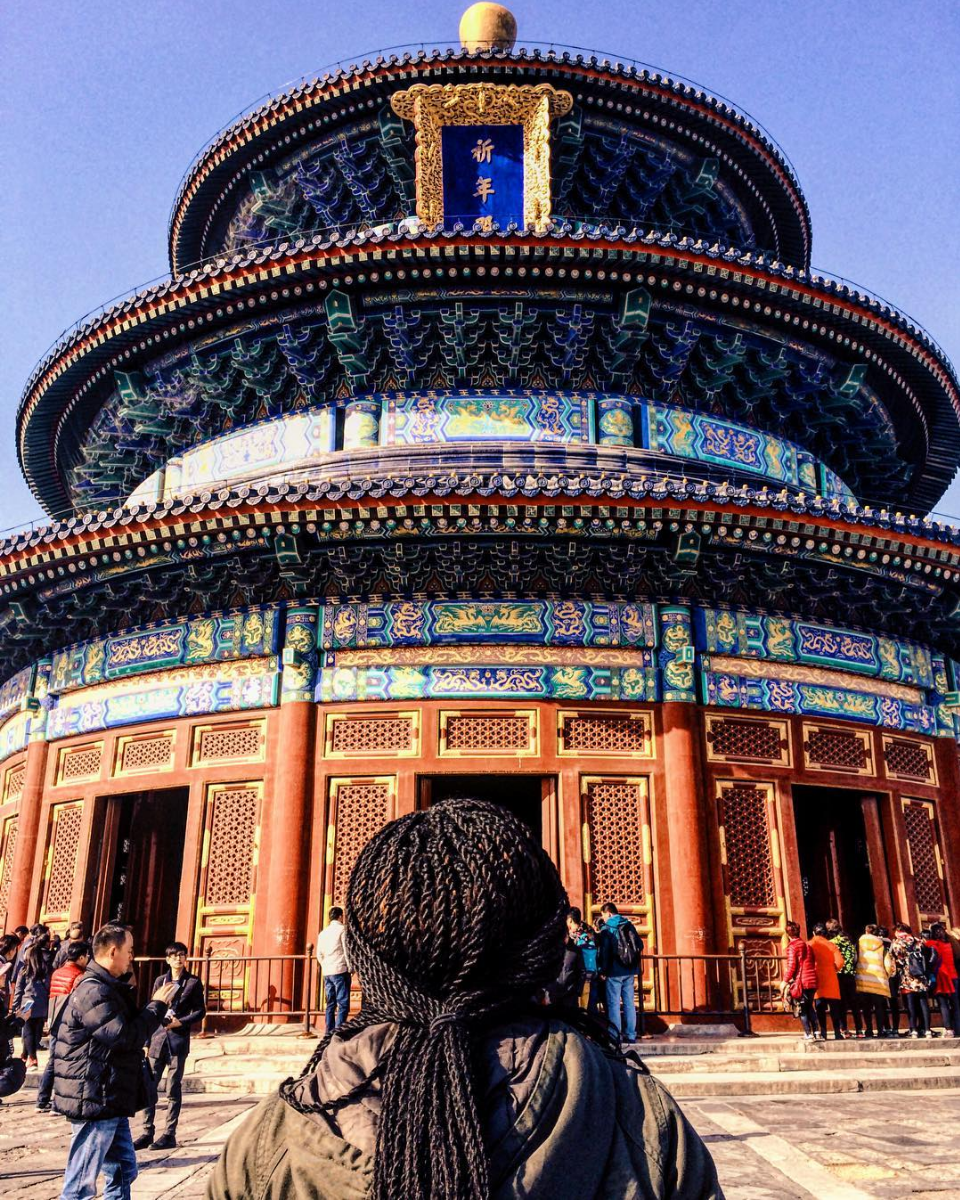 In 2022, Beijing will become the first city to host both the Summer and the Winter Games. As one of the world’s largest cities, Beijing offers plenty of art, culture, food, and activities for its visitors.

Popular historic landmarks in Beijing include the Forbidden City, the Temple of Heaven, the Summer Palace, and Tiananmen Square. The 798 Art District is known for its concentration of art galleries and exhibitions, and the city is home to many large markets selling food, arts and crafts, jewelry, antiques, and everything in between.

Olympic fans should consider visiting the Beijing Olympic Park to check out the unique architecture of the so-called “Bird’s Nest” and “Water Cube”—the national stadium and aquatics center built for the 2008 Games.

Olympic fun fact: Two sports made their Olympic debut at the 2008 Summer Games: BMX and the 10-kilometer marathon swim. 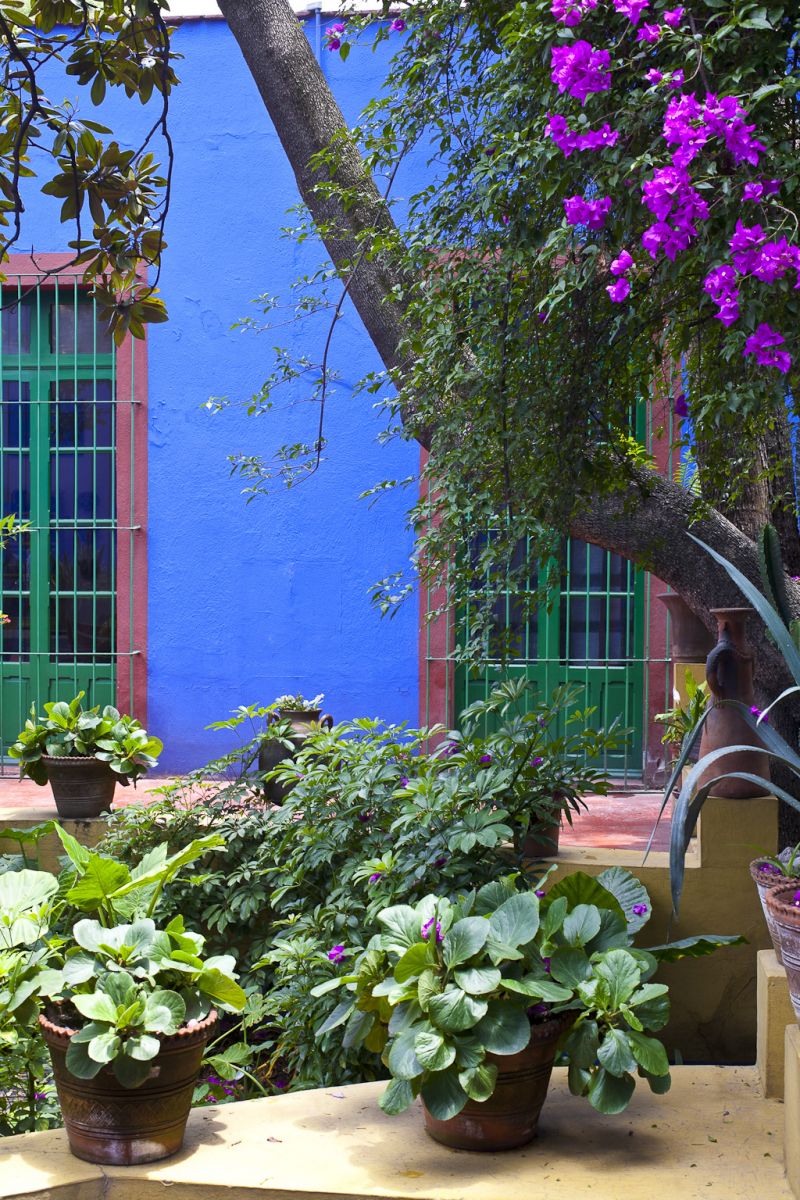 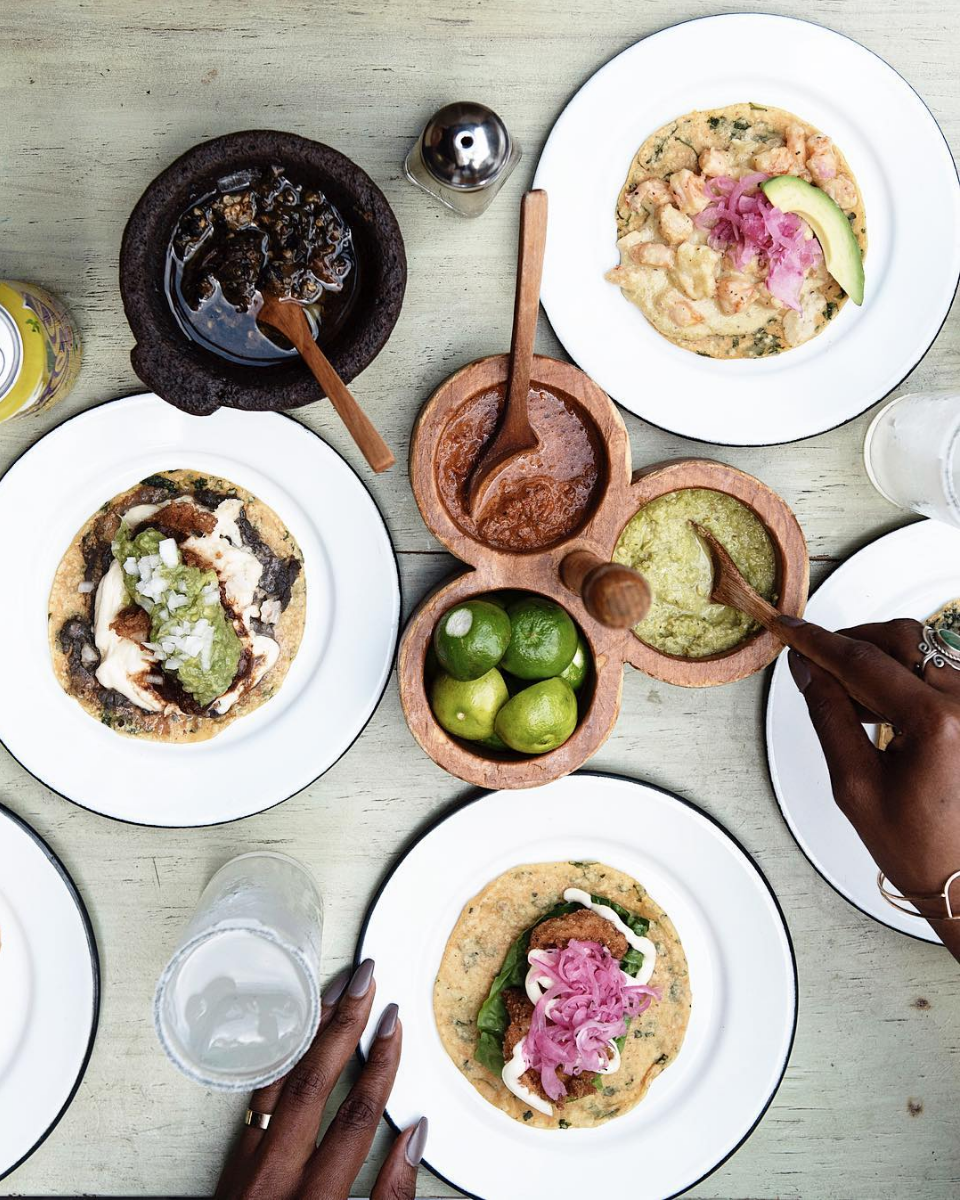 Until the 2016 festivities began in early August in Brazil, Mexico City held the honor of being the sole Latin American host for the Olympic Games. Over the centuries, Mexico City has grown from its pre-Columbian roots to the capital of the Aztec Empire to the largest city in North America.

This wonderful travel destination offers a wide array of popular museums, churches, historic sites, and public parks to entertain its visitors—highlights include the National Museum of Anthropology in Chapultepec Park and the Metropolitan Cathedral at Zócalo square. Art lovers can tour the Frida Kahlo Museum, also known as the Casa Azul, and then see her husband’s murals at the National Palace.

Foodies will love shopping for fresh meat and produce at the markets, taking a cooking class (or two!), and generally eating their way through Mexico City, which is especially known for its culinary experiences that include both globally-known restaurants and locally favored street carts.

Olympic fun fact: The 1968 Summer Games saw its first Olympic athlete disqualified due to drug testing. A Swedish pentathlete drank two beers before his pistol shooting event, and his team had to return their bronze medals. 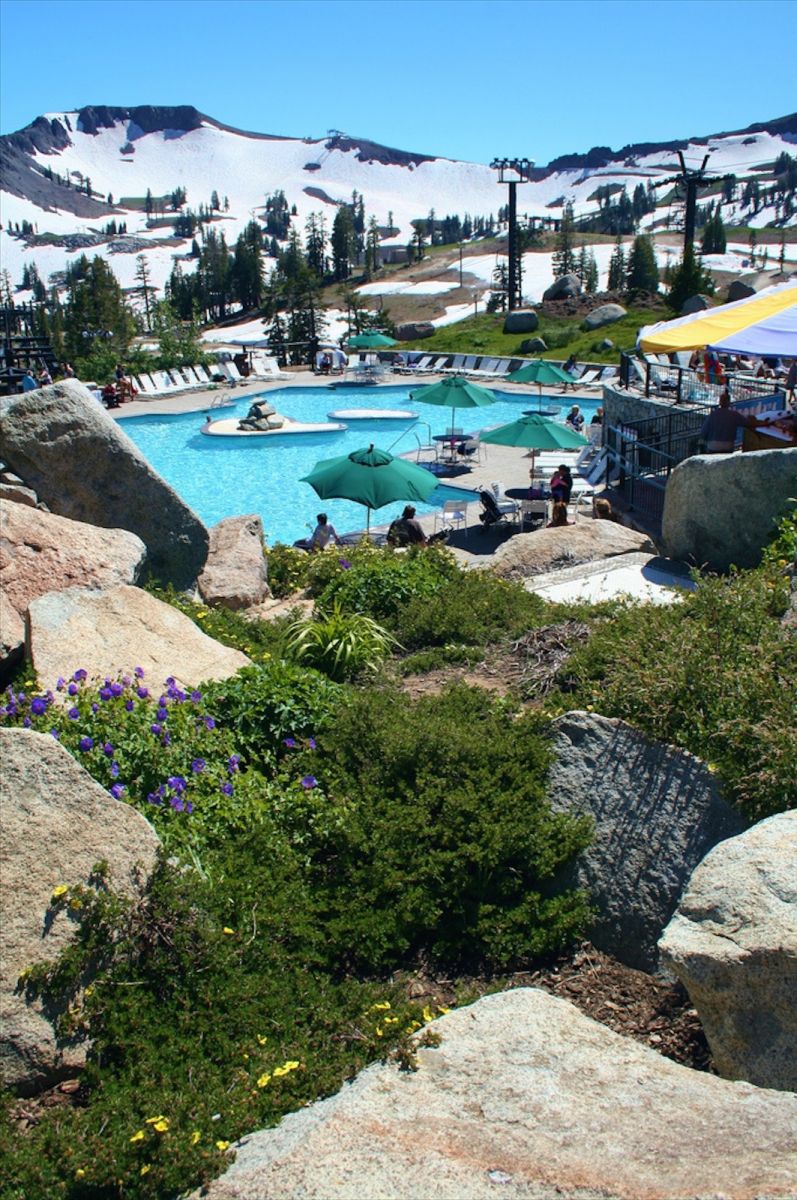 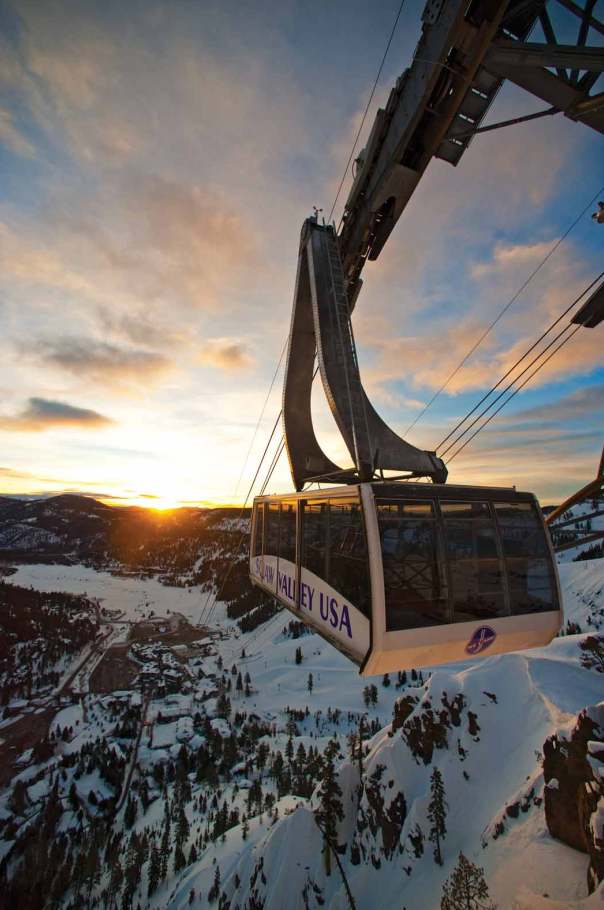 With four Summer Games and four Winter Games under its belt, the United States has hosted more Olympic Games than any other single country. The ski resort at Squaw Valley, California, was still in development when it beat out Innsbruck and former host city St. Mortiz, Switzerland, to host the 1960 Winter Olympics.

After being chosen in 1955, Squaw Valley continued its construction with the Winter Olympics specifically in mind, and it is now the second-largest ski area in the Lake Tahoe area, next to Heavenly. Highlights of the resort include High Camp—a “mountaintop playground” with a pool, disc golf, roller skating, hiking trails, restaurants, and more—and the Olympic Museum.

Squaw Valley and the rest of the Lake Tahoe area are quite popular in both the winter and summer seasons. For slightly smaller crowds and more affordable deals, try visiting in the spring or fall.

Have any of these spots made it on to your travel bucket list?