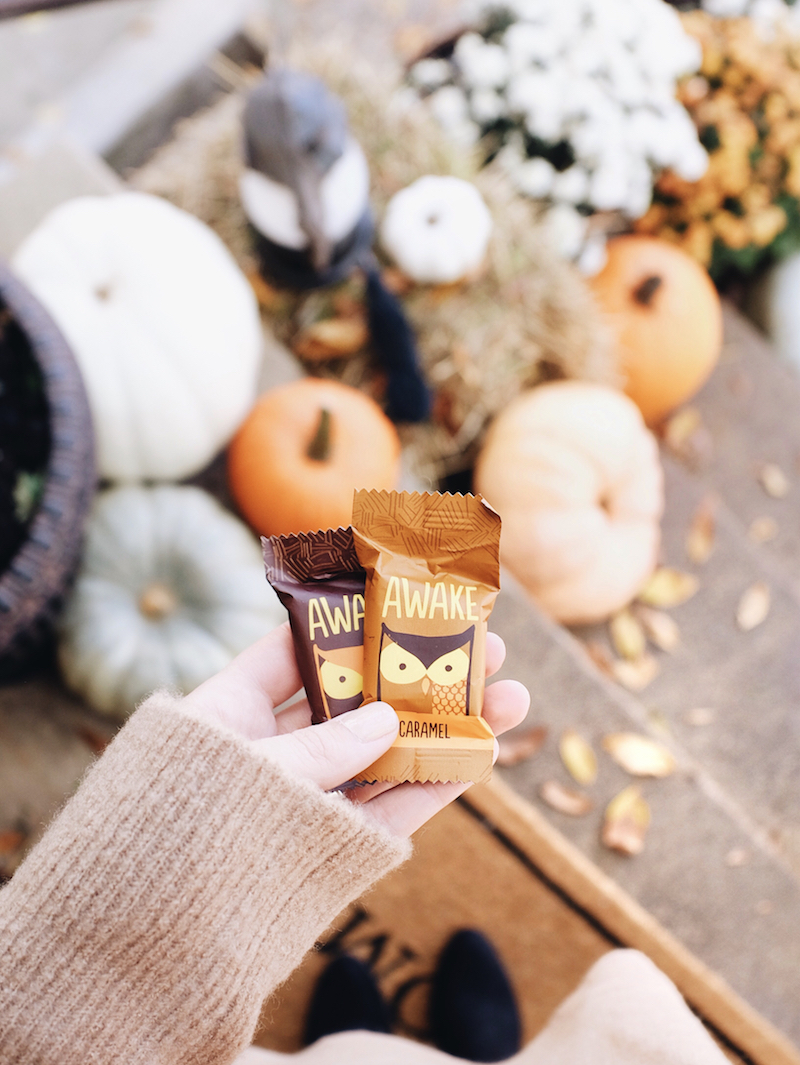 Remember innocently trick-or-treating in the best polyester Disney princess costume money could buy — with your coat on too, because mom says — with a pillowcase full of Laffy Taffy and a smile for days? If only Halloween as an adult was so magically not stressful. Instead, you’re in charge of figuring out your own ‘grammable costume and making sure you stay awake long enough to prove you had a good time the next day. Too much pressure, amiright? Here’s a list of the best-of-the-worst of Halloween as an adult, because adulting is hard even on holidays.

Ever since I became an actual AdultTM (results still pending), I am tired ALL THE TIME. Like, literally, all the time. Remember college when you could take naps in the middle of the day and all your responsibilities were divided into neat 1.5 hour chunks? Yeah, the adult world is not like that. You are supposed to be “on” from 8:00 am until you inevitably crash in front of the couch at 7:00 pm like a geriatric. Which presents a problem on Halloween, the night-when-thee-must-stay-awake-past-11. Because it’s apparently “uncool” (or so I’ve been told) to fall asleep mid-drink at your friend’s party.

This is when I deploy AWAKE Chocolate — so totally on-brand with the whole Halloween thing — for a boost before I need to be a vampire-detective-sheriff-werewolf at this year’s murder mystery shindig. Eating one bite-sized piece is like shotgunning half a cup of coffee and will have you going all “I’m alive” á la Frankenstein. But in a sexier way.

Forget lingerie, Halloween has officially gone hipster and now your costume has to be all about ~making the reference~. But, of course, it can’t be too oblique of a reference because people have to get it… and make sure it’s not too obvious or everyone will be dressed the same *cough Stranger Things cough*… AND don’t buy your costume from a store like an insane person, you have to make it with felt from Michaels, glitter glue, and sheer determination… but make sure it looks good enough for the ‘gram… AND GOOD LORD JUST GIVE ME A SLIP AND BUNNY EARS I CAN’T DO THIS.

3. The Night Of Fiasco

We’ve all woken up on October 31st like “OH SH*T I never bought/made/summoned that costume.” Leaving you with approximately 7 hours to assemble a *fabulous* look for that Halloween party tonight… with no supplies, ideas, or energy. FUN. Also, can we just give ladies a break about the whole dressing-as-cats thing? Yes, it’s cliché, but cats are cute and it’s easy and WE’RE ONLY HUMAN HERE. That being said, I WILL NOT give a break to people wearing hats/shirts/dresses/togas adorned with the phrase “this is my costume.” It’s not your costume. It’s not. It’s a cop-out that you paid at least $15 for and you’ve made a mistake. Just put the cat ears on and deal with it.

Let me hit you with a scenario: you’ve bought the candy (no pennies here), you’ve got the costume, you’ve queued up Hocus Pocus… you are READY for the trick-or-treaters to flock to your door. And… crickets. Where are the kids?! I always want that cute setup you see on TV, where intrepid and adorable youngsters are ringing your doorbell non-stop and letting you ooh and ahh over their costumes with abandon. Is it just me?? Is trick-or-treating not cool anymore?? I feel like I should add that I don’t have any kids, but that is probably painfully obvious.

So re: above scenario. Fast forward four hours. The trick-or-treaters are AWOL, you’ve watched Hocus Pocus three times in a row, and the giant, gleaming bowl of candy is whispering sensually to you in the dark. You know you want to. Inevitably — self-control, who needs it? — you wake up on November 1st, covered in empty wrappers of shame, with a crick in your neck from sleeping lopsided on the couch, while the TV flickers sinisterly in the background. Another month — and another cavity — off to a rousing start.

God forbid when Halloween falls on a workday — because the next day in the office, be prepared for everyone (literally EVERYONE) to quiz you about what you did. Did you go for a couples costume? Can I see pictures? What parties did you go to? How many friends do you have?  Leaving you to field these questions in one of two ways 1) Either you’re a unicorn and can answer them all truthfully, i.e., My gorgeous and unattainable husband and I went as Dany and Jon Snow! You know, cause I have the body for it. 2) Or you’re suffering from lack of sleep and a candy hangover and you just really don’t want to relive that moment at the Halloween party last night where you drunkenly sang Monster Mash acapella to an unsuspecting and eventually hostile crowd.

Somehow after all of this, come about April 2018, we’re all going to get that bug… Omg, like, Halloween is in seven months! What am I going to be?! I should start planning now. No one is above this. We’ve all Pinterest-ed “best group Halloween costumes” embarrassingly early in the year. Because next Halloween will be better than the last one, right?

What do you look forward to on Halloween as an adult? Tell us in the comments below!

This post was in partnership with AWAKE Chocolate, but all of the opinions within are those of The Everygirl editorial board.