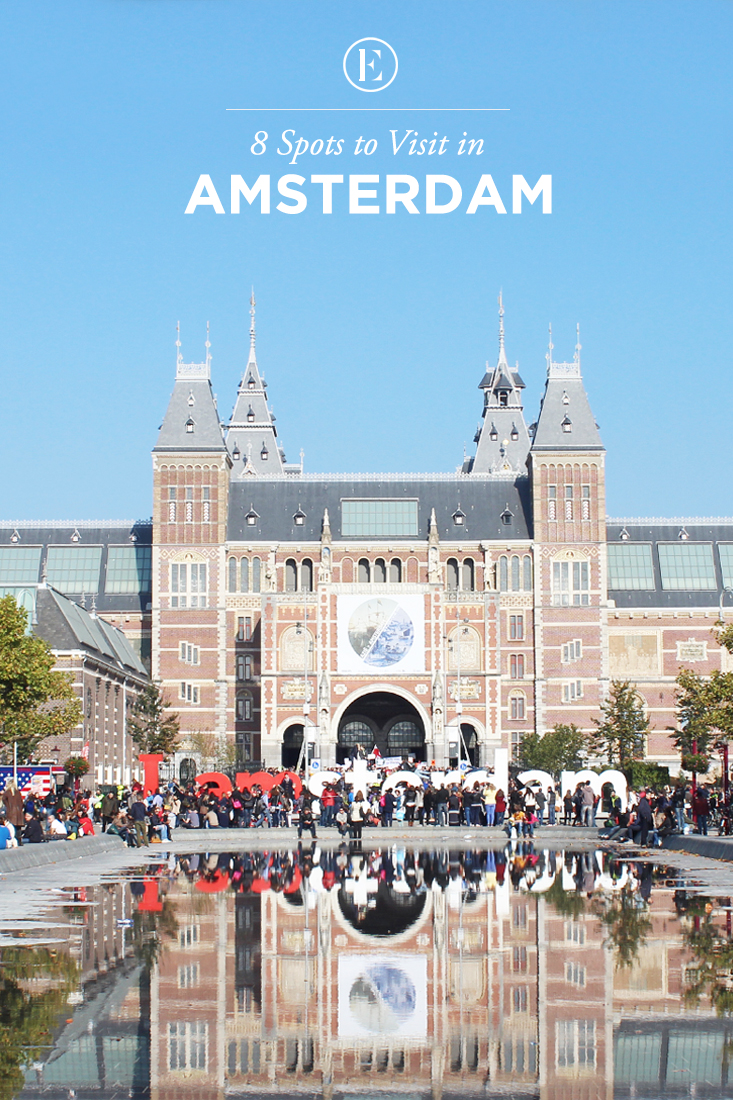 While we wouldn’t say no to a European vacation of any sort, a trip exploring Amsterdam is at the top of our list. The city is somewhat underrated, especially next to European heavyweights like Paris or London, but a trip here promises to be unforgettable. Beautiful canals, incredible architecture, and an astounding arts scene are just some of the many reasons we can’t wait to visit this city. Jessica Steele of The Steele Maiden recently took a trip and today she’ll take us on a tour of some of her must visit spots in Amsterdam. Take it away, Jess!

It took less than a day in Amsterdam to decide it was unlike any other city (European or otherwise) I’d ever visited. Home to more bicycles than people, Dutch royalty, and those infamous “coffee shops,” the city is as charmingly unique as the narrow homes that line its canals. At once both a nod to its 17th Century Golden Age roots and a decidedly modern hub of culture, the key to experiencing Amsterdam is sampling a bit of everything it has to offer. Here are a few of my can’t miss destinations: 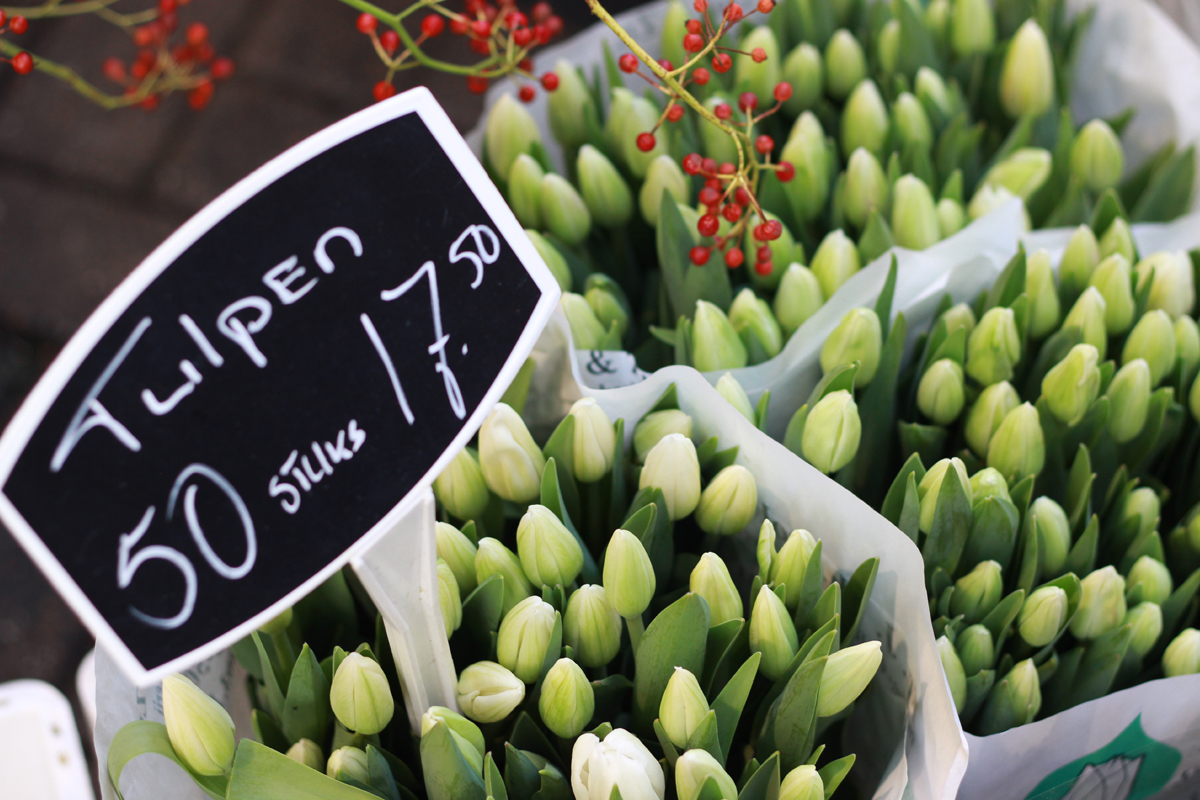 The city’s famous flower market sits along Singel within the inner canals and offers up a selection of Holland’s famous tulips (among other blooms) in every imaginable variety. Locals pick up the fresh cut tulips, and bulbs are available for visitors looking to take a piece of Amsterdam home. 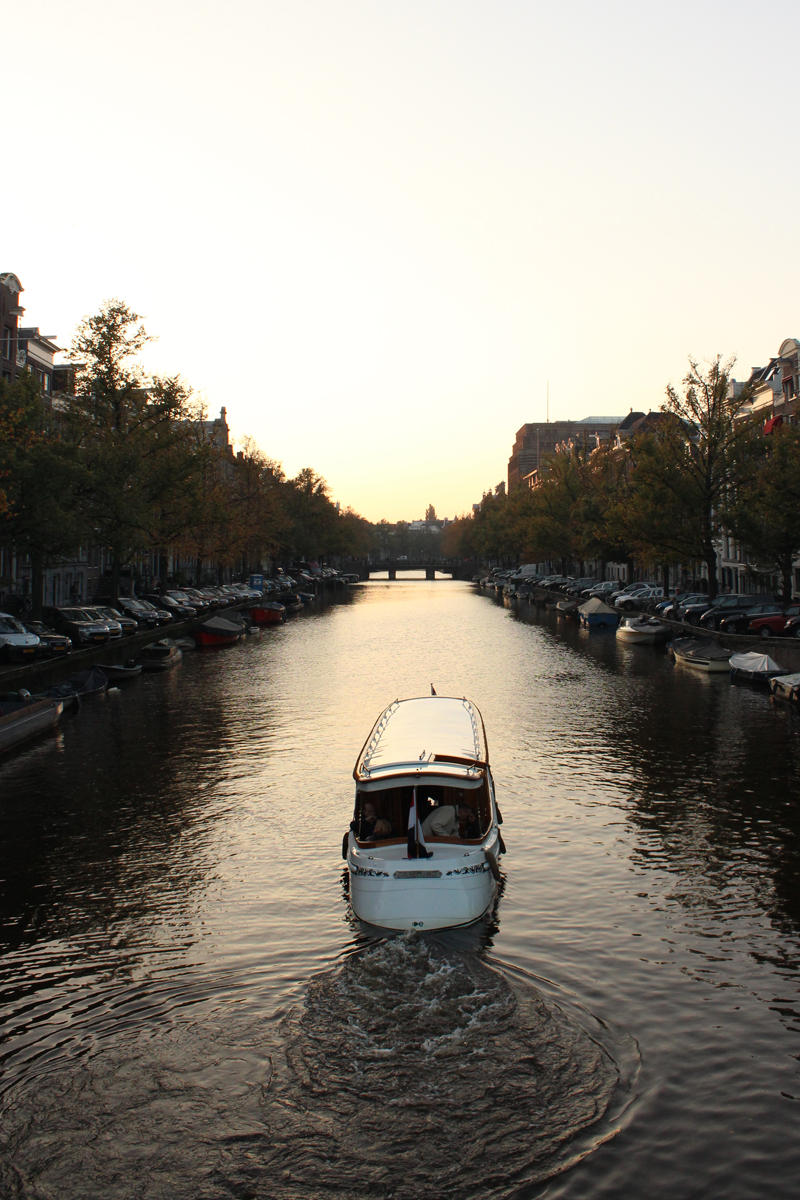 Built on a web of canals, you’d be remiss not to see the city from the water level. Canal tours depart regularly from various central landmarks (such as the Red Light District or Anne Frank Huis) and weather depending, you can opt for an open-air boat or a more luxury tour that serves dinner and drinks. No matter what type you choose, the views at sunset are unmatched. 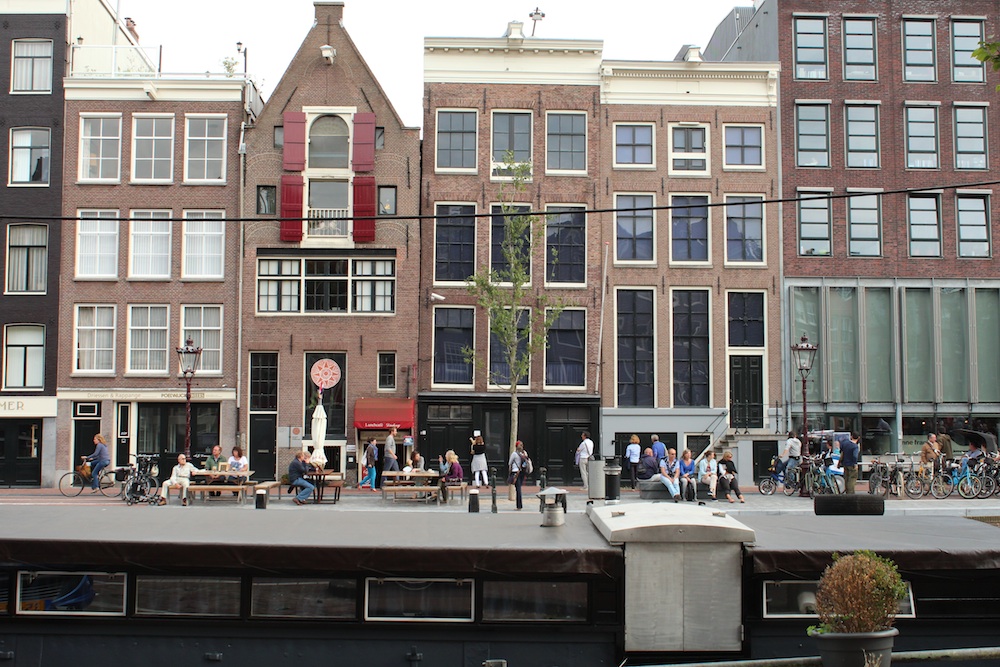 While it’s one of the more solemn activities you’ll find in Amsterdam, millions line up each year to take a quiet walk through the now empty series of rooms that housed Anne Frank, her family, and her red diary for over two years during WWII as they hid from Nazi invasion. It’s a touching experience of a young girl’s heartache and hopeful nature that resonates with everyone who passes through. 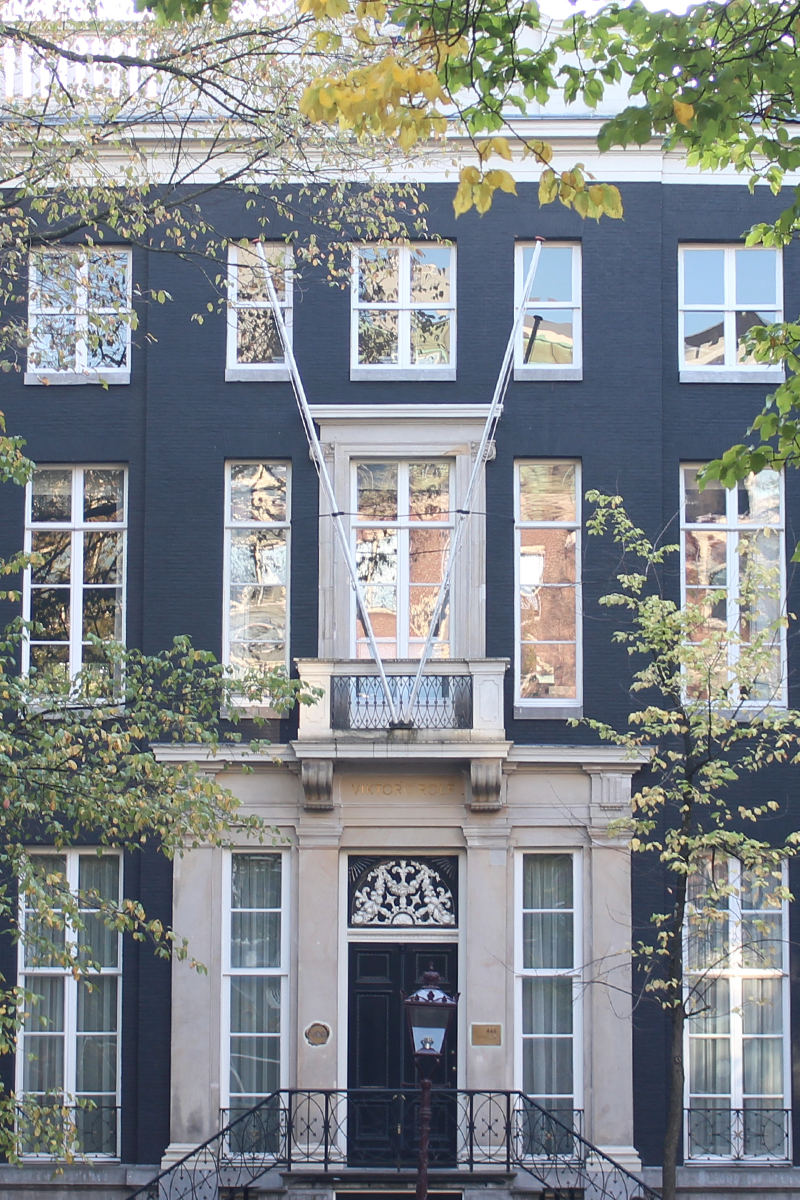 The Golden Bend area is the most prestigious stretch of the surrounding Herengracht. While most of the city is notorious for tall narrow homes, the Golden Bend allowed its wealthy residents to build much wider estates (many of which conceal elaborate gardens out back). To see it like a local, rent a bicycle and roll by using one of the readily available bike lanes. 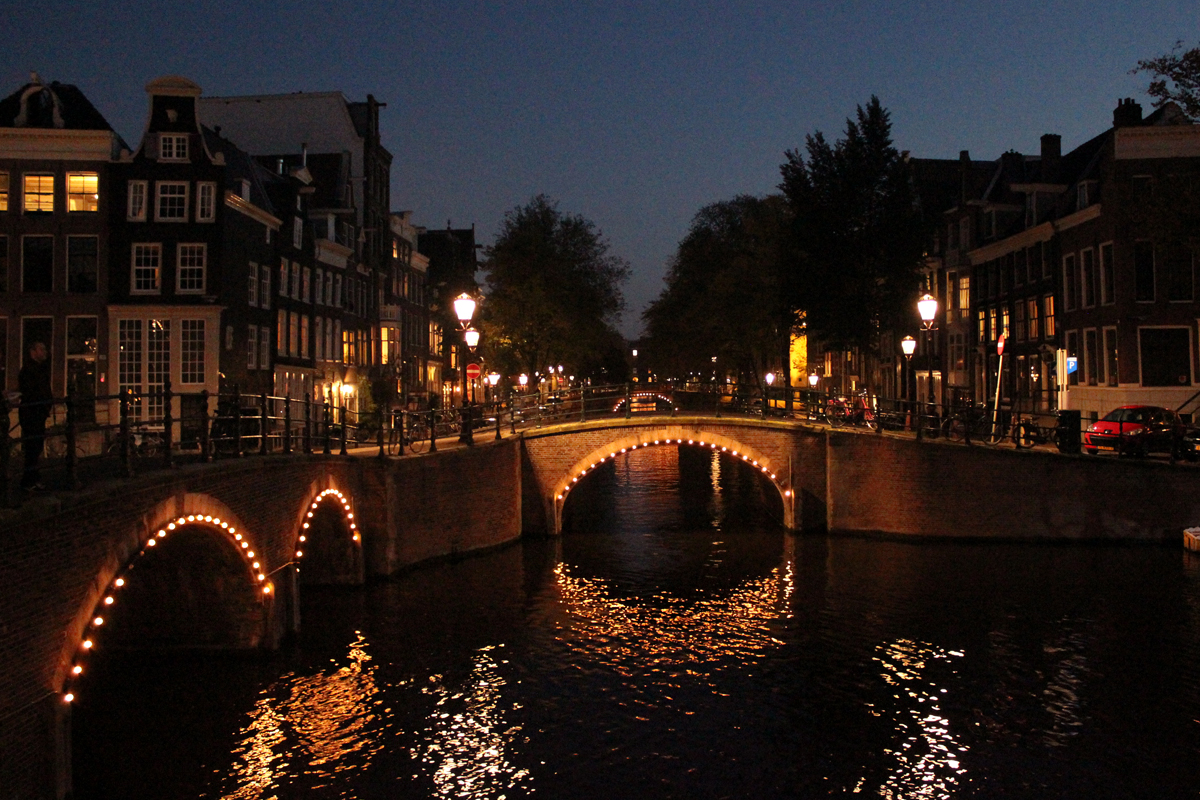 Nestled at the end of the Golden Bend sits the Reguliersgracht Canal, easily one of the most photographed in the city. Visit at dusk to watch the lights on all seven canal bridges come on, casting a romantic glow over the area. Afterwards, have dinner at one of the nearby bruin cafés (or “Brown Cafés,” a traditional Dutch pub). 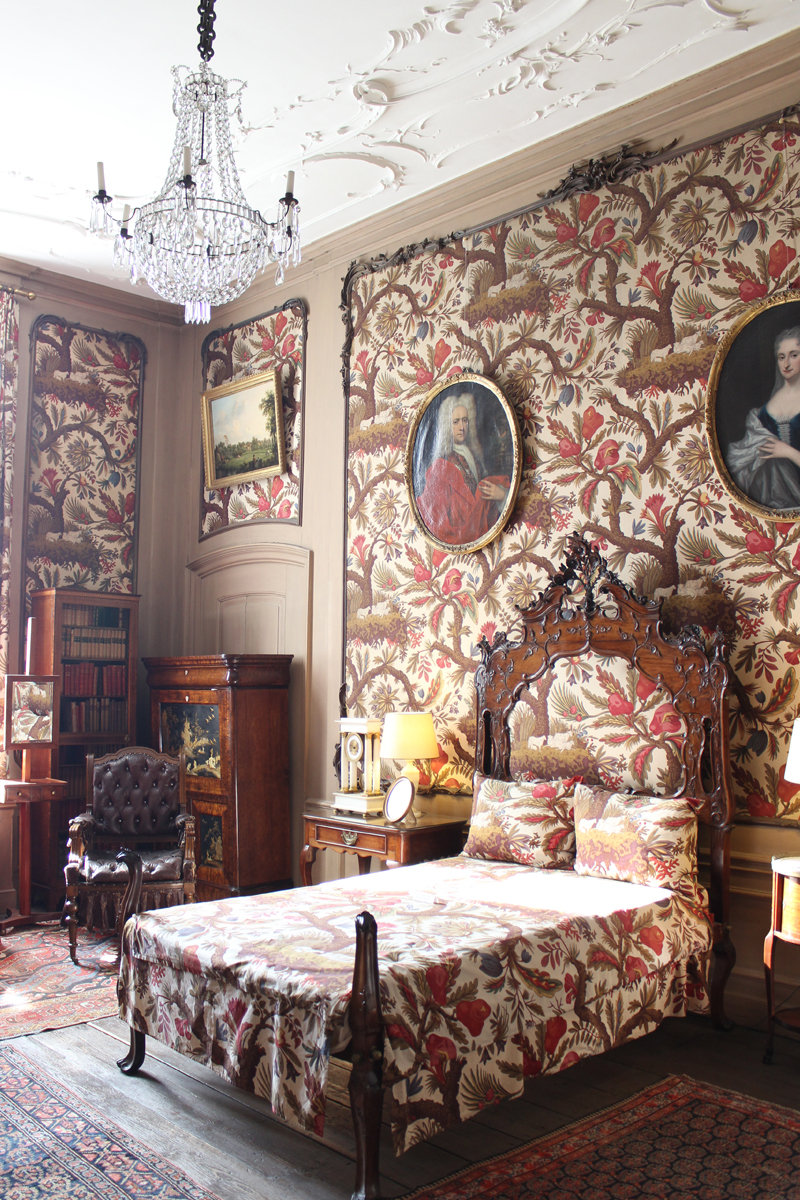 Far less trafficked than its more popular counterparts like the Rijksmuseum and Van Gogh Museum, the Museum Van Loon is a meticulously preserved Grand Canal house allowing daily visitors. Still owned by the Van Loon family (who occasionally hold dinner parties in the ornate dining hall), each room offers a unique glimpse into the history and style of aristocratic Dutch residents. 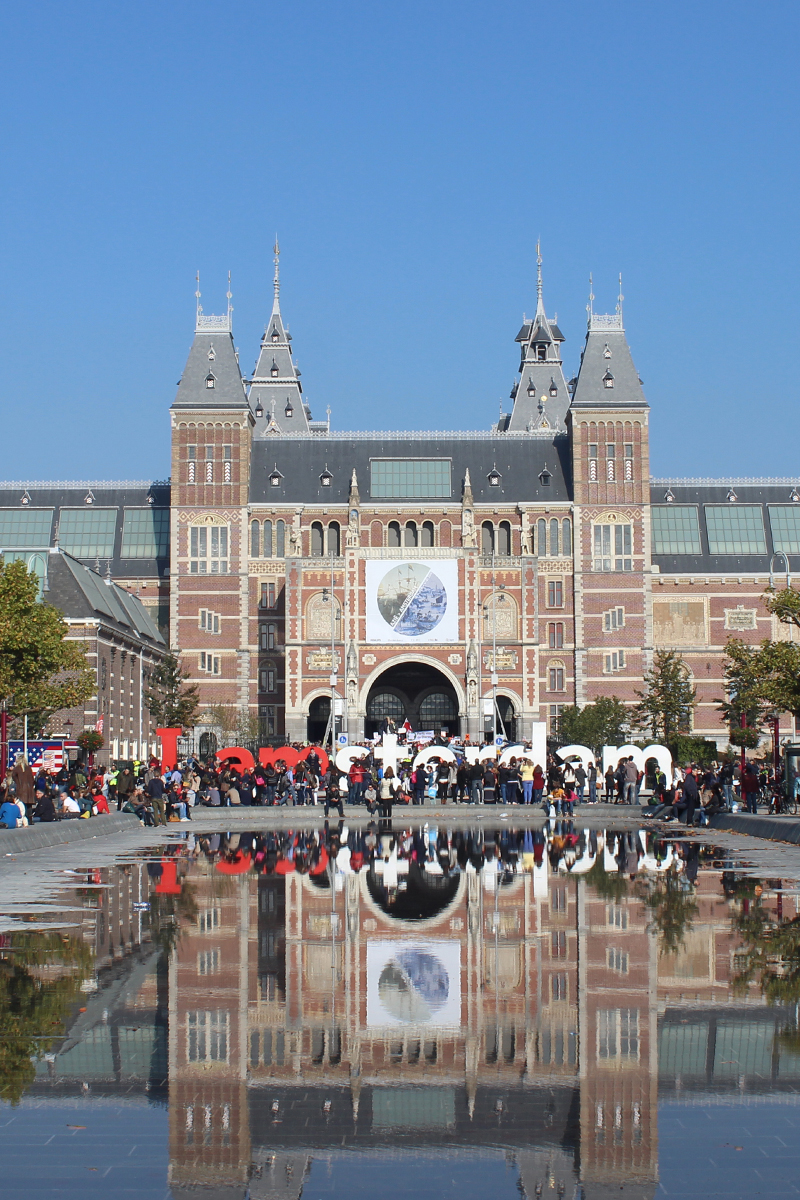 The Netherland’s national museum and home to famed works by Rembrandt, Vermeer, and Van Gogh, the Rijksmuseum sits at the end of an expansive outdoor promenade. (Tip: Just a few steps away, and also worthy of a visit, is the Van Gogh Museum). Allow at least a few hours to wander the halls and immerse yourself in traditional Dutch art. Don’t miss the museum library, one of the largest art history libraries in the world, tucked away in a hidden corner. Its scale and grandeur will leave a book lover breathless! 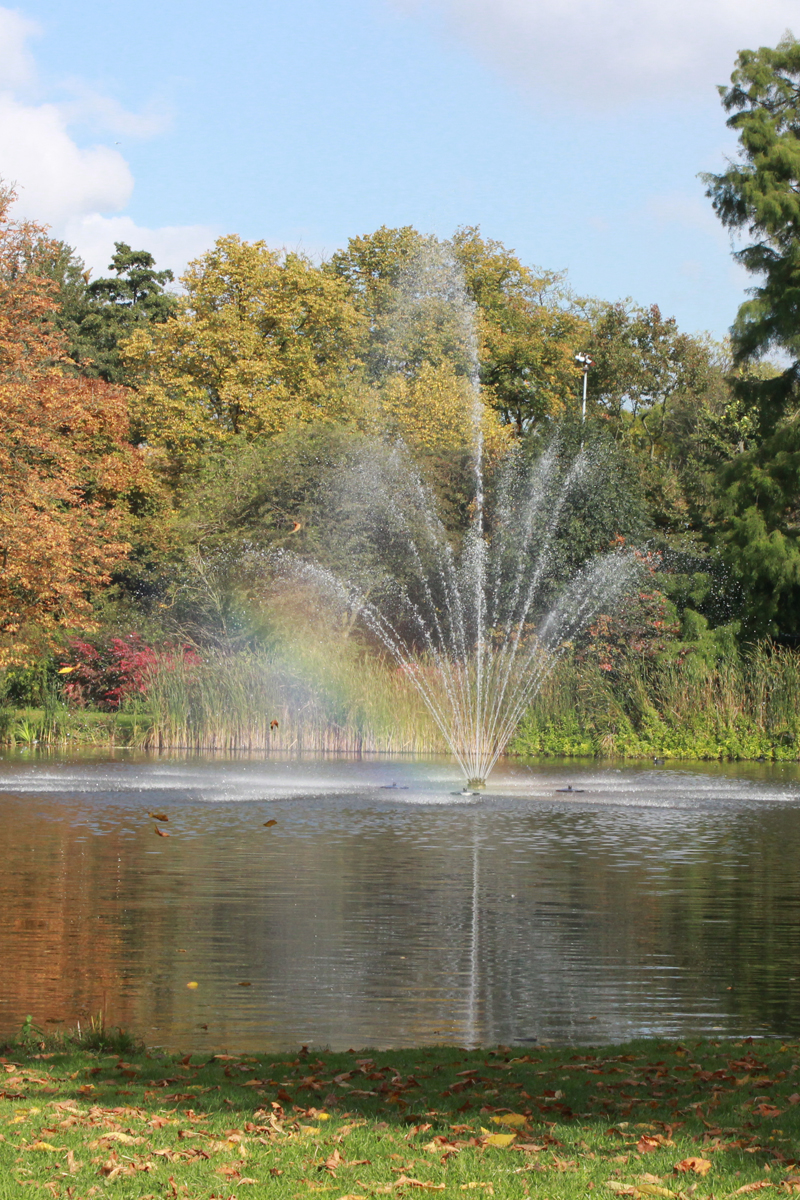 The ‘Central Park’ of Amsterdam, Vondelpark sits just south of Rijksmuseum and the city’s center. Pack a picnic lunch and find a quiet spot among the parks expansive gardens, ponds, and lawns to enjoy the view.