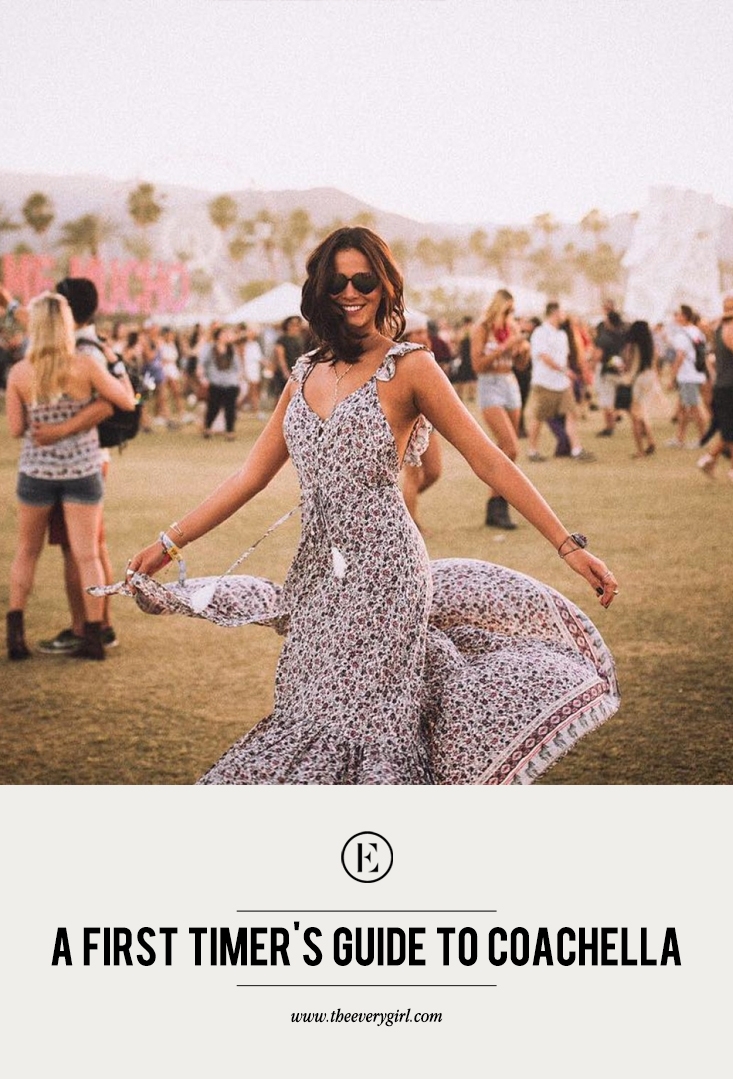 In a few days your Instagram feed will once again be flooded with celebrities in flower crowns and denim cutoffs attending the annual Coachella Valley Music Festival in California’s Colorado Desert. Despite the pop culture attention that the festival has attracted over the last few years, celebrity spotting is just a small part of the music-filled weekend at the Empire Polo Grounds.

Heading to the desert for the first time can be equally as exciting as it is overwhelming, but we’ve rounded up the best tips and tricks for making the most out of your first Coachella experience. 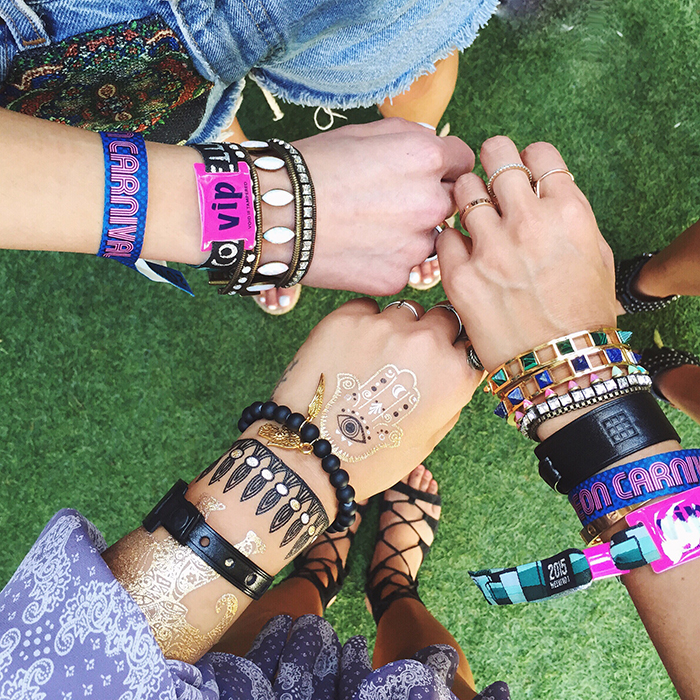 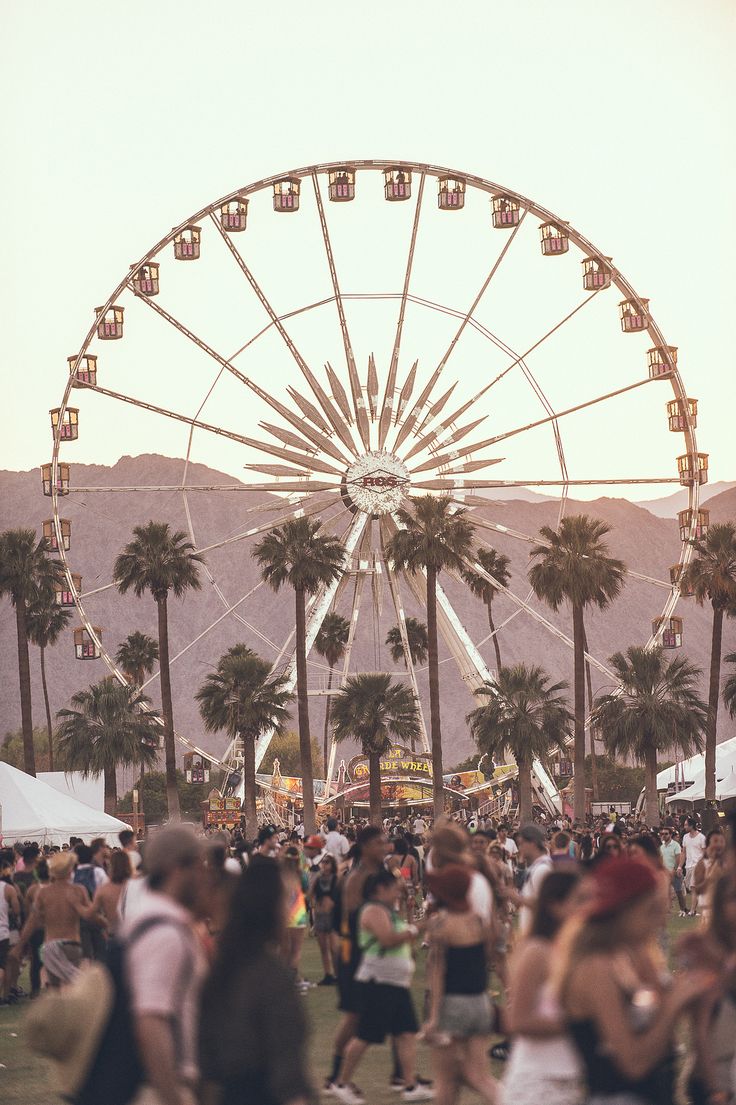 Coachella will be sending you a slew of emails prior to the festival and you actually NEED TO READ THEM! Don’t show up to the desert with an unregistered wristband or a stockpile of contraband glass bottles loaded up in your camping gear. Read your emails and follow the rules!

If you’re buying a wristband from someone over the internet, tread carefully! Ask for photos and their reservation information and driver’s license, if they refuse… don’t give them your money. Going through a ticket broker who will insure your purchase is the safest bet, even if the tickets end up being fake you won’t be out $400.

It’s not helpful for this year’s festival, but just know that Coachella offers an early bird rate in early May following the completion of both weekends before the next lineup is announced, that is your cheapest option for next year’s tickets. If you end up going this year, save a little so that you can take advantage of this deal when the festival is over! 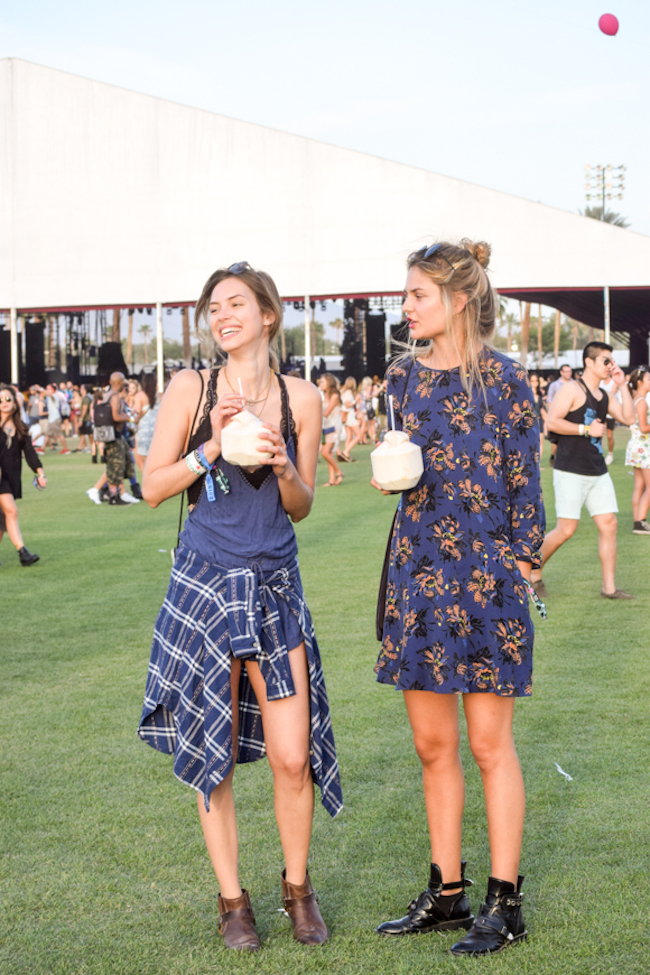 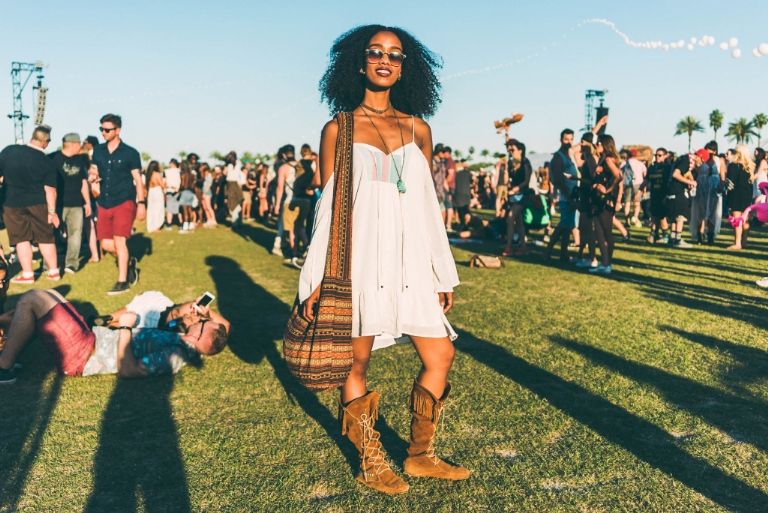 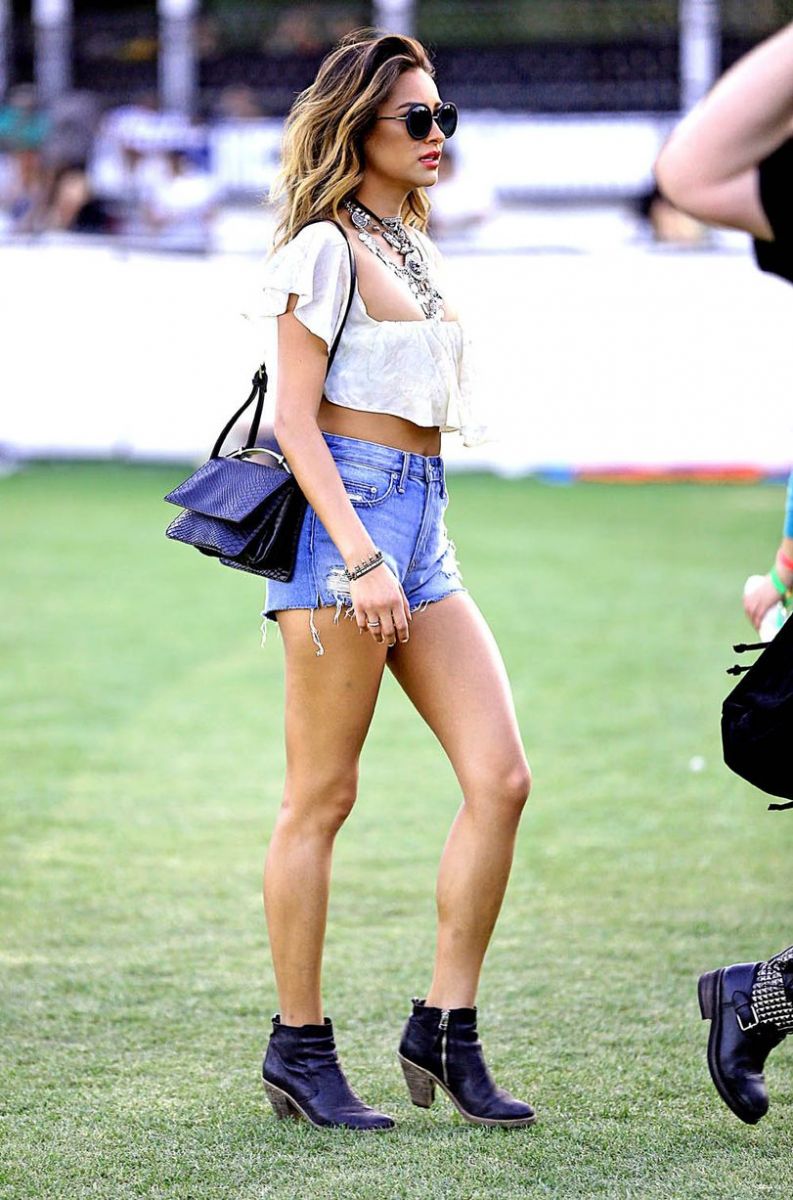 Dress for success, not to impress.

Social media would lead you to believe that Coachella is just one long runway, but the simple fact is that in that giant hoard of people out in the desert… your perfectly paired ensemble really isn’t going to stand out. Dress in fabrics conducive to direct sunlight, high heat, and sweat that allow you to be comfortable and confident. As long as you’re having a great time, you’re going to look amazing!

As tempting as it is to lace up a beautiful pair of gladiator sandals or go completely boho-chic with bare feet à la Gigi Hadid, opt for well-worn closed-toe footwear instead. You’ll be on your feet most of the day, on really long stretches of gravel and dusty paths and in large crowds of dancing people with no regard for the safety of your fresh pedicure. A trusted pair of boots or broken-in Converse are your best bet.

Although it is hot during the day, the temperatures dip down into the 60s at night, don’t rely on your significant other or friends to hand over the hoodie they were smart enough to pack. The festival offers locker rentals to stash extra layers in — a lifesaver if you don’t want to carry around extra clothing during the day. Don’t want to spring for a locker? Tie a long sleeve top around your waist during the day, or loop a large scarf around your purse strap.

That neon lucite crossbody handbag might look super cute on the ASOS website, but when you have nowhere to store your backup charger, sunglasses, water bottle, and wallet, you’ll be wishing you opted for something more practical. As un-fun as it is to say, investing in a theft proof bag or backpack is also a good idea. Nothing ruins a good music festival faster than a stolen iPhone. 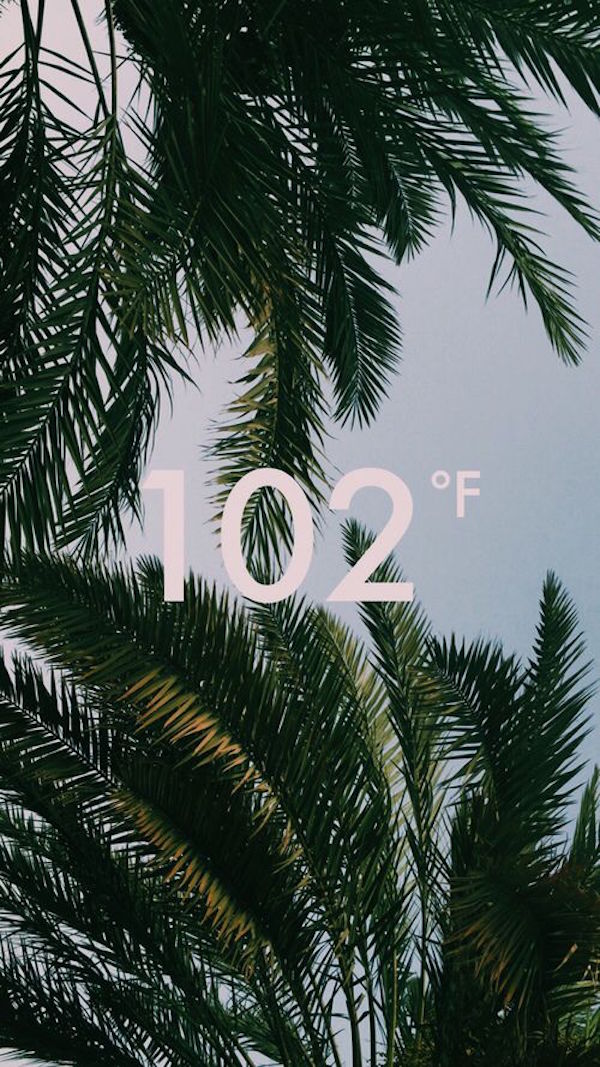 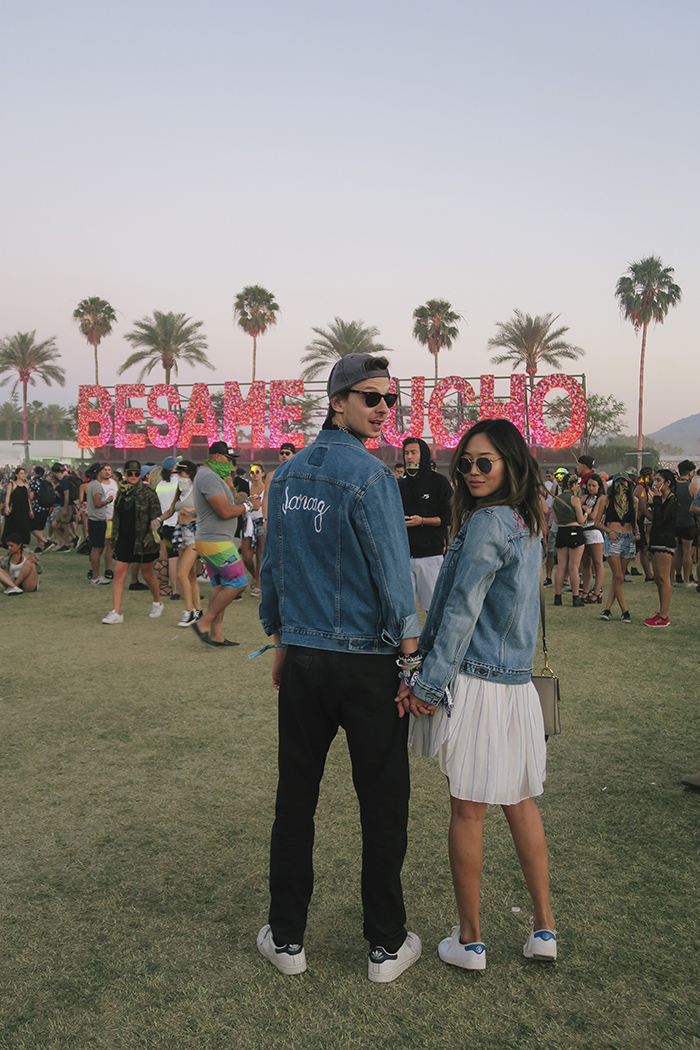 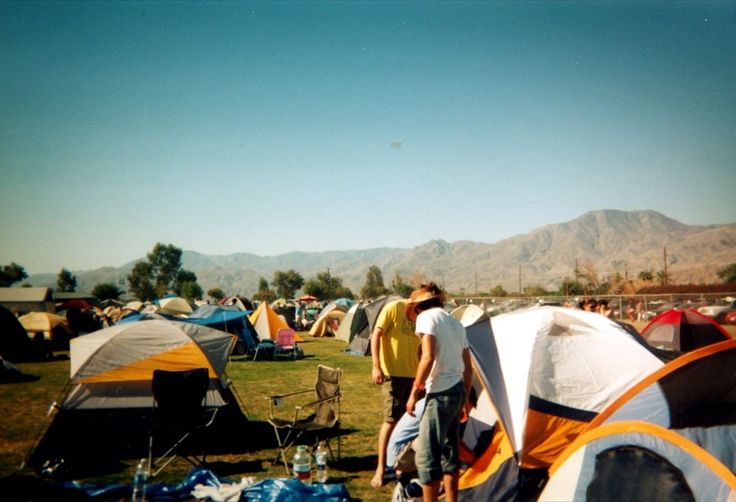 Prepare for the worst.

Sounds a little grim, but if you’re about to camp out of your car in the middle of the desert then it is some pretty sound advice. Coachella has been happening for 18 years, and there are plenty of people who have made HUGE mistakes while sleeping in their cars — like not packing jumper cables and charging their phones from their car’s power outlet for three days. The Coachella subreddit is an excellent tool when compiling your list of necessary supplies for car survival, read up!

Cell phone reception in the desert is very touch and go, so be sure you write down directions for how to get back to your shuttle or campsite, the shuttle pick-up times, the address and front desk number of your hotel, and your friend’s cell phone numbers. Bring an actual pen and real paper for these things, the notes app will be useless if your phone is dead.

You won’t use half the things you bring with you, so really take a good look at your flat lay of clothes and products before loading it up in your suitcase. We cannot stress enough that you will be doing a LOT of walking around this massive polo field, by day three you’ll be stripped down to bare necessities anyway. Just please don’t forget your sunscreen!

Not to sound like your dad here, but you should always have cash on you and keep it separate from your debit and credit cards. ATM fees inside the festival are ridiculous and there will undoubtedly be a need for real paper money at some point, but keep some extra in a safe spot in case of an emergency. For example, you can’t get cell service for an Uber and you are forced to take a Taxi or you accidentally lose your wallet during Gucci Mane. 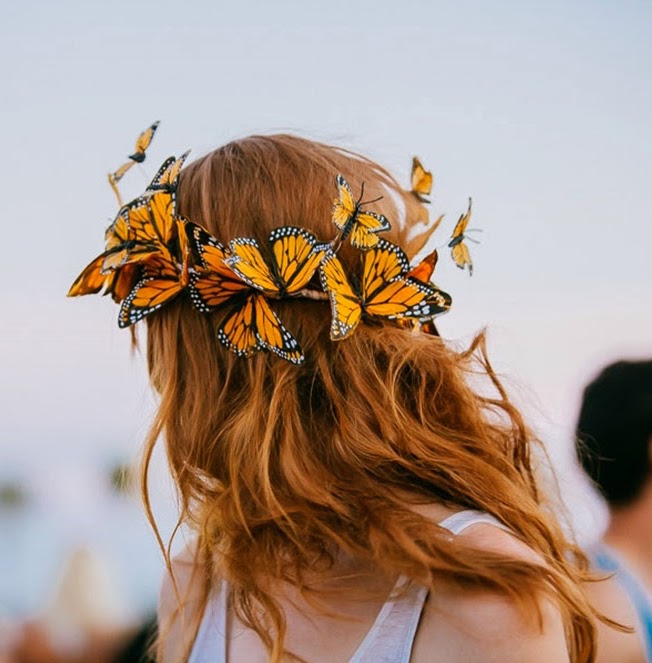 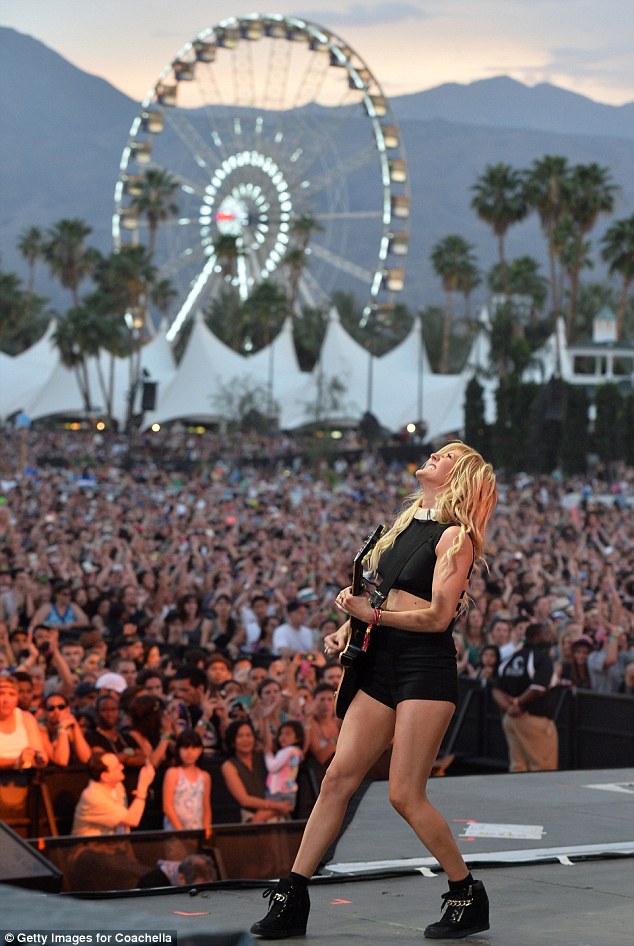 The Coachella phone app is a huge asset while you’re in the desert. With multiple stages and performances overlapping throughout the day, the app allows you to flag the acts you want to see before you arrive, and will remind you when it’s time to head to the next show so you never miss a song.

You and your crew will undoubtedly get separated at some point, everyone will want to see different shows or grab food from different food trucks. The art at Coachella isn’t just for Instagram, they’re really helpful landmarks for meet-up spots. Traveling together to and from shuttle lines and campsites keeps everyone safe, so make a point to decide on a time and place to regroup and stick to it.

You’ll have times during the day when there isn’t a performer that you’re dying to see. Even if you aren’t starving, grab a snack and a water during the downtime rather than waiting until you’re desperate for food. The lines for concessions get longer as it gets later in the day, so keep a couple of protein bars in your bag and try to get in a liter of water every few hours. Please don’t forget YOU ARE IN THE DESERT!

Go with the flow.

Your plans are going to change, just go into it knowing that Coachella cannot be planned. You might just meet a friendly group of Europeans who just insist you join them at The Allah-Las (in this case, you really should listen), forcing you to miss another show you had wanted to see. Stay open to all the new people and music around you, the best part about festivals is coming away from them with new friends or a new favorite band. Stay loose and have fun!

Have you been to Coachella? Share your tips below!