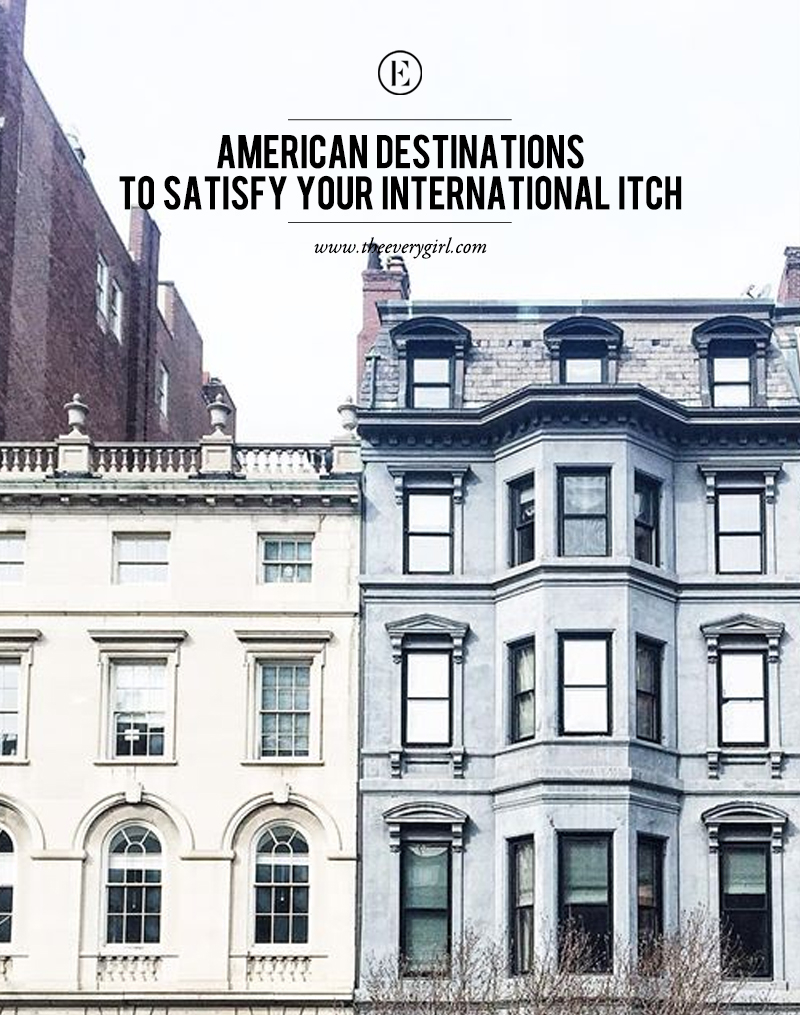 It’s a common scenario. Your wanderlust for an across-the-pond trip is extreme, but you just can’t scrape together the cash (or the vacation days) to make it happen this month or maybe even this year. If this describes your travel life right now, don’t think you have to journey across the Atlantic for a charming vacation. Consider visiting one of these American cities instead, which evoke the charm, food, and culture of popular European destinations. 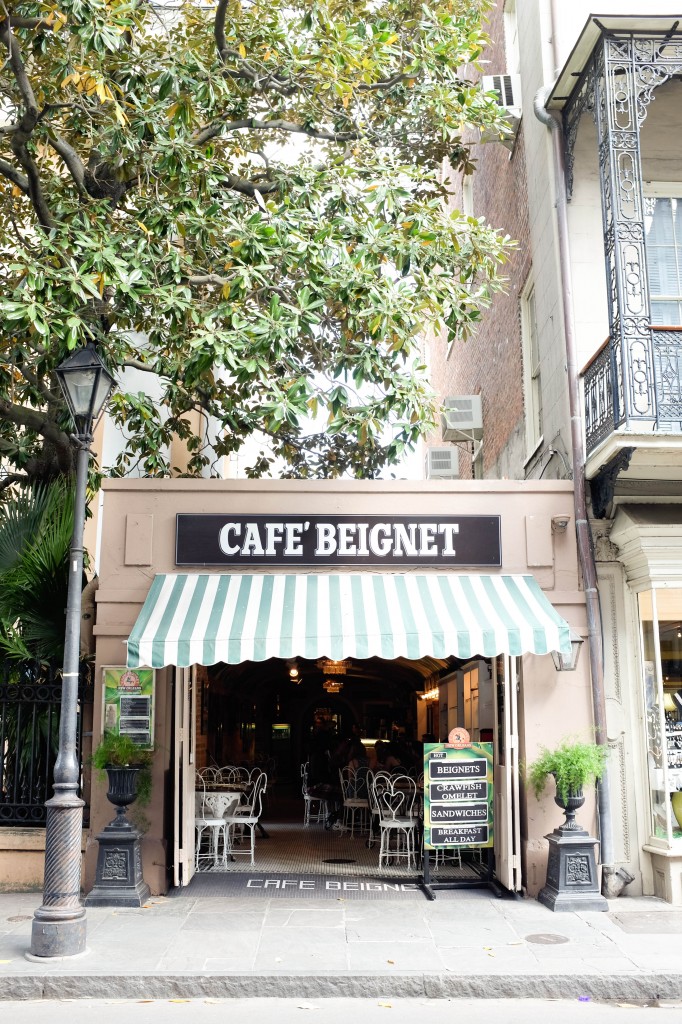 It’s called the French Quarter for a reason. Founded by French colonists, the city’s famous Jackson Square was actually modeled after the Place des Vosges in Paris, and the open-air artist colony in the square is reminiscent of the lively artist scene along the Seine. New Orleans is widely known among tourists for its Creole culture, a unique mix of French, Spanish, Caribbean and African roots. The French influence is apparent in the city’s famous beignets and ubiquity of cozy bistros, but there is also a decidedly Spanish influence, right down to the tile street signs in parts of the city. New Orleans also still has running streetcars on three active lines, an anomaly in the United States (where most streetcars have been replaced by buses) but not in our transatlantic neighbors.

Also visit: To explore a Spanish plaza in the heart of the U.S., visit Kansas City, Missouri. This city—located mere hours from the geographic center of the United States—might be the last place you would expect to find European charm, but this city’s main shopping plaza was modeled after the Plaza de España in Seville, Spain, and even includes international art replicas, including the Giralda Tower and Seville Light Fountain. 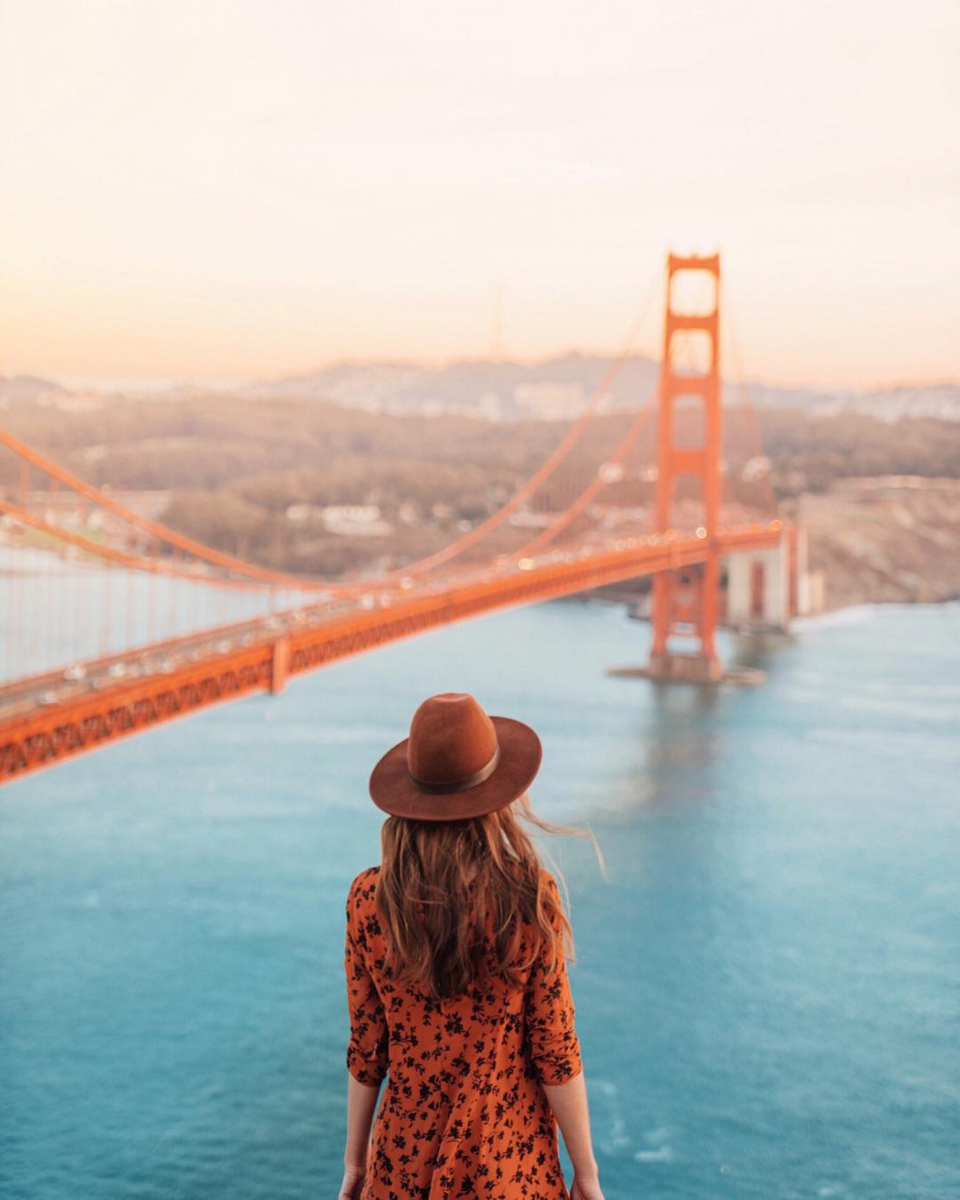 Upon first arrival, the similarities between Lisbon, Portugal, and San Francisco are downright uncanny: Cable cars traverse the hilly streets, packed with tourists and commuters; a cool breeze rolls in from the nearby waterfront; and food festivals and street carts abound, with seafood playing a large role in the local cuisine. The two cities even have twin suspension bridges: The Ponte 25 de Abril in Lisbon is painted the same orange hue as San Francisco’s iconic Golden Gate.

Also visit: Drive an hour north of the city to visit Sonoma County, where the sprawling vineyards, rolling green hills, castle-like wineries, and charming downtown square could be mistaken for the French or Italian countryside. If you would rather extend your “Portuguese” holiday, order the bacalhau (cod) at LaSalette, and don’t forget to pair it with vinho verde (green wine). 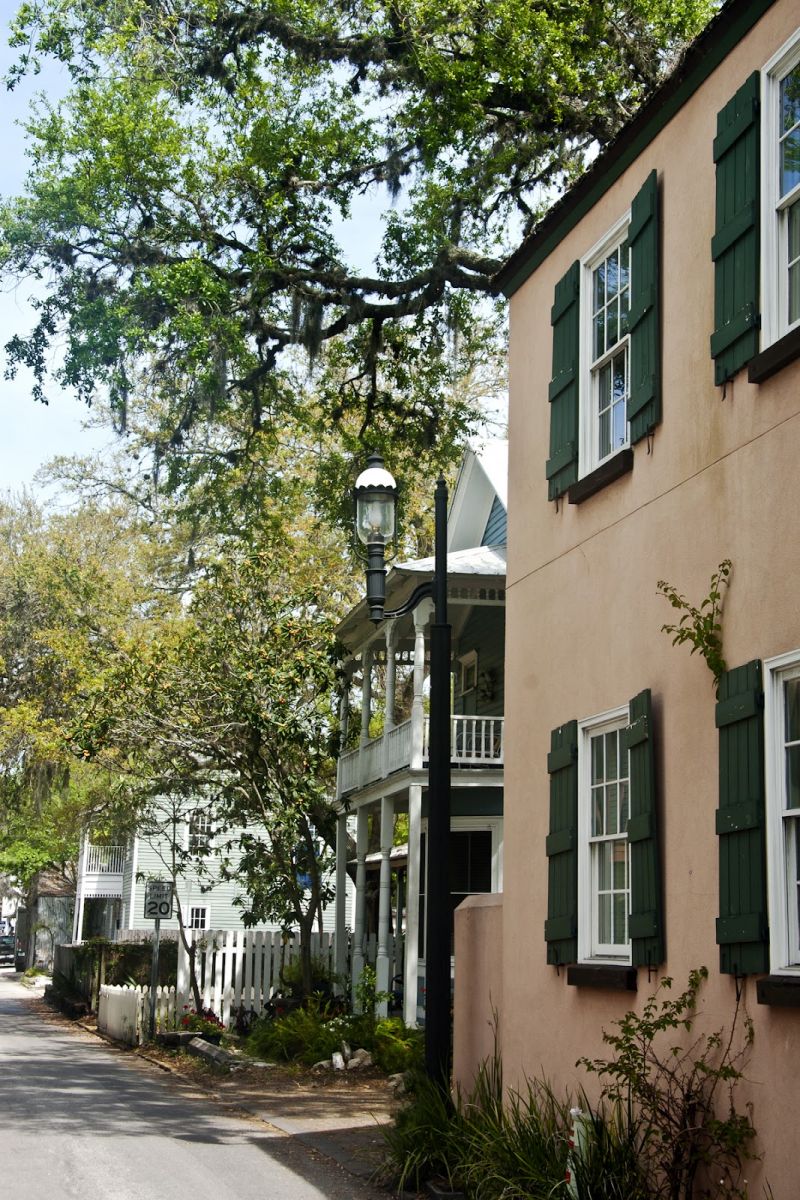 As “the nation’s oldest city” (i.e. its oldest permanent European settlement), the European influence on St. Augustine is quite visible. Spanish settlers arrived in St. Augustine more than 50 years before the Pilgrims landed at Plymouth Rock, meaning this Floridian city was built under centuries of Spanish influence (with a brief period of British rule) until American soldiers took the city in 1821. Examples of Spanish architecture are found in the city’s oldest structure, the Castillo de San Marcos and the Lightner Museum, which is housed in the former Alcazar Hotel. History buffs should check out the Colonial Quarter, a living history museum that portrays life in St. Augustine during the 16th, 17th, and 18th centuries. And, of course, options for wine tasting and tapas abound.

Also visit: Drive southwest across the peninsula to visit Tarpon Springs, where you can “visit Greece with leaving Florida.” Greek immigrants first arrived to the area in the late 19th century, and the city still boasts the highest percentage of Greek-Americans in the country. Enjoy a free tour at the Saint Nicholas Greek Orthodox Cathedral; explore the Heritage Museum to learn more about the history of Tarpon Springs and its Greek influence; and order an authentic Greek dish from any one of Tarpon Springs’ many restaurants, such as Mr. Souvlaki or The Original Mama Maria’s Greek Cuisine. If you visit in the fall, be sure to check out the annual Greek Food and Wine Festival or go in January to join the largest Epiphany celebration in the Western Hemisphere. 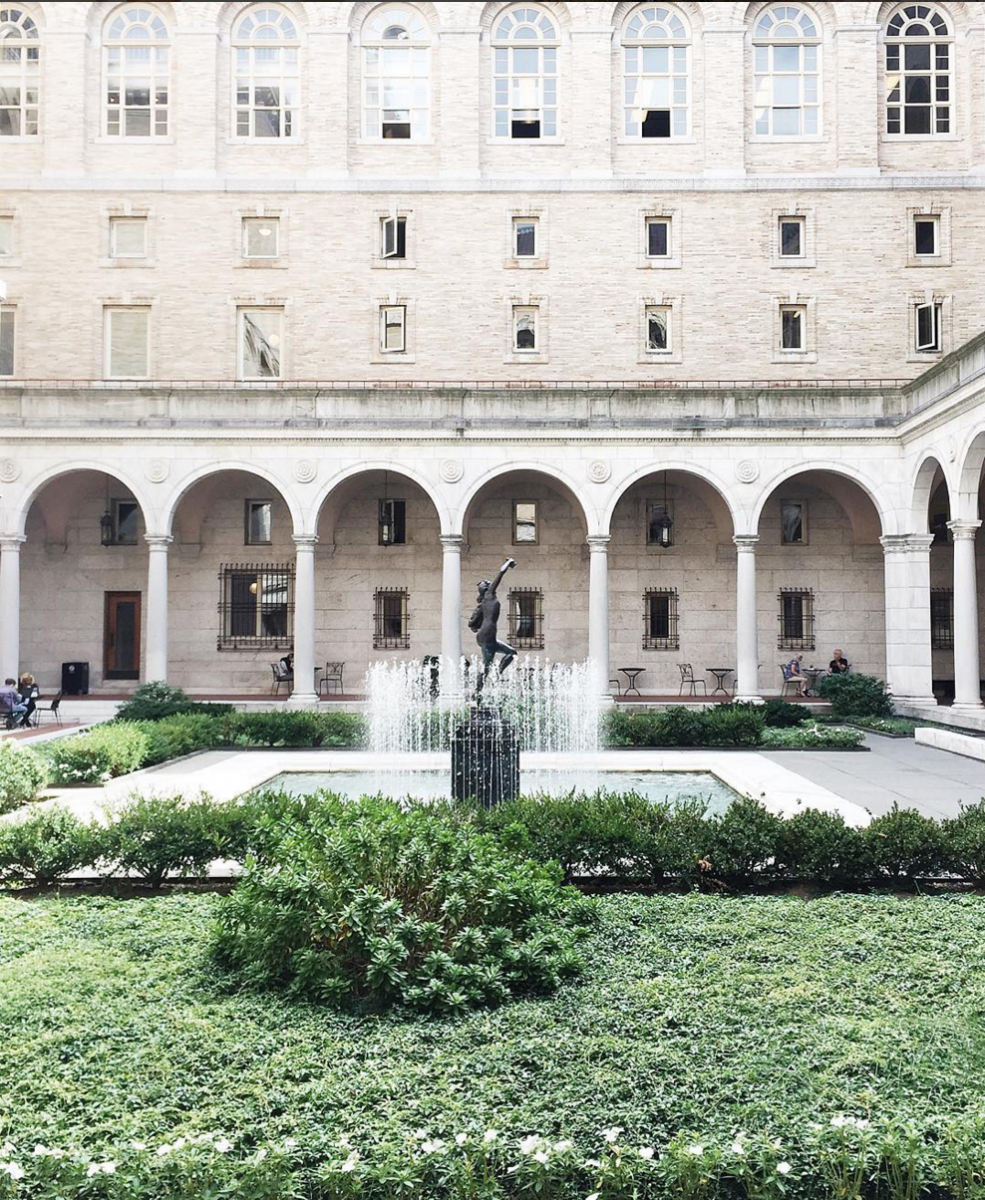 I know, I know—its team is the Patriots, one of its main tourist attractions is the Freedom Trail, and Boston is considered by many to be a hub of American culture. Yet, the city still manages to feel very European, perhaps due to the plethora of charming brick facades and cobblestone streets. The city is very walkable and accessible by public transportation, like many European destinations, and it has centuries of history to explore. And, of course, there is that smidge of British influence from its colonial times, which is still visible in the architecture of many neighborhoods and multiple universities in the city. In addition to its English history and culture, Boston offers a variety of international markets and festivals throughout the year, including Italian feasts in the North End and an annual Bastille Day Party at the French Cultural Center.

Also visit: Across the nation, Portland, Oregon, does not have the direct European roots of Boston, but its focus on local beer, small eateries, and environmental wellness, combined with its bridges, cobblestone streets, and public spaces make a good case for comparing this west coast city to some of our favorite things about Europe, particularly for foodie travelers. 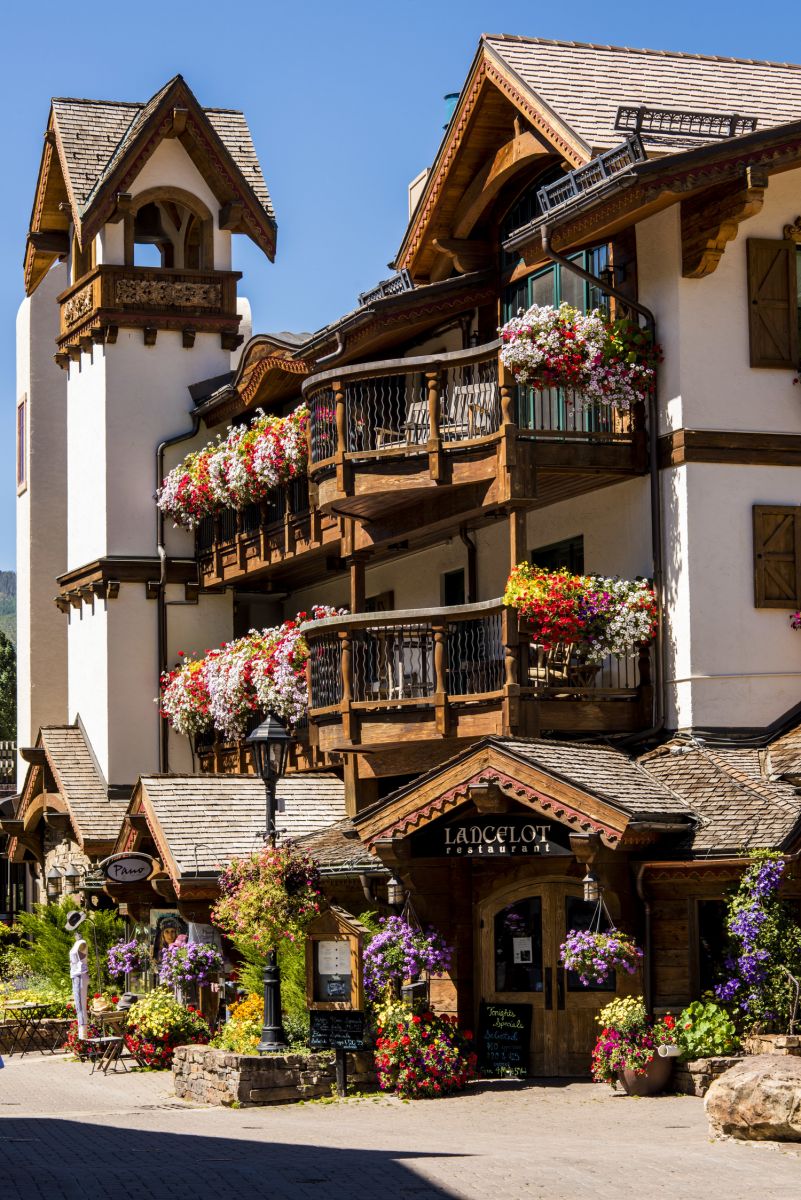 When you first visit Vail Village, you may actually think you have somehow traveled more than 5,000 miles and ended up in an Austrian village. With its charming European architecture, gorgeous mountain views, and plentiful outdoor eating and drinking areas, Vail Village certainly evokes the charm of Europe’s après ski alpine culture. Enjoy wiener schnitzel and beer served by staff in traditional Austrian dress at Pepi’s Restaurant or consider staying at the Austria Haus Hotel for a “European chic” experience.

Also visit: Faux European villages are fairly common across the United States. For a Bavarian setting, try Leavenworth, Washington, or Helen, Georgia. Fredricksburg, Texas, was founded by German settlers in 1846 and still boasts a plethora of German architecture and food, including biergartens. Lindsborg, Kansas, is known as “Little Sweden” for a good reason and Holland, Michigan and Pella, Iowa host Tulip Time festivals each May to celebrate their Dutch roots. Finally, head to Solvang, California for a Danish experience in the heart of Santa Barbara’s wine country.