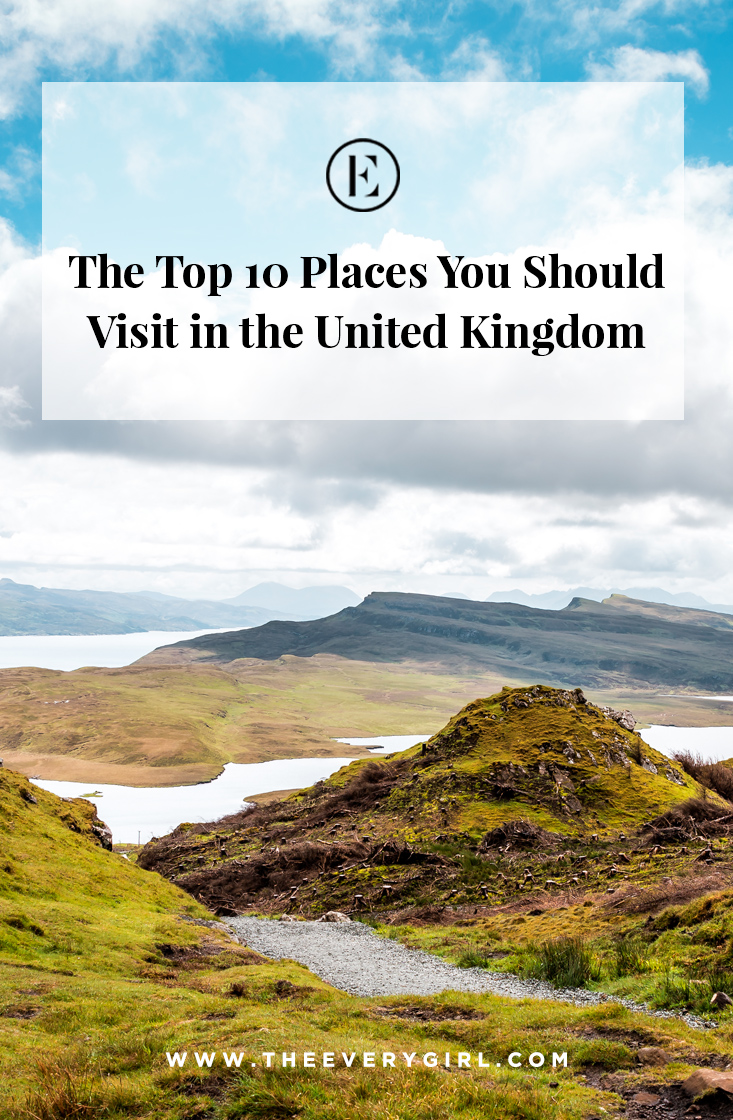 When you think of the UK, what comes to mind? London will almost certainly be top of the list — and who wouldn’t want to take a selfie at the top of The Shard or try and catch a glimpse of Harry and Meghan at one of the many royal residences? But there’s much more to the British Isles than England’s historic capital city. If you’re planning a trip, then be sure to add these alternative spots to your list of places to stay. 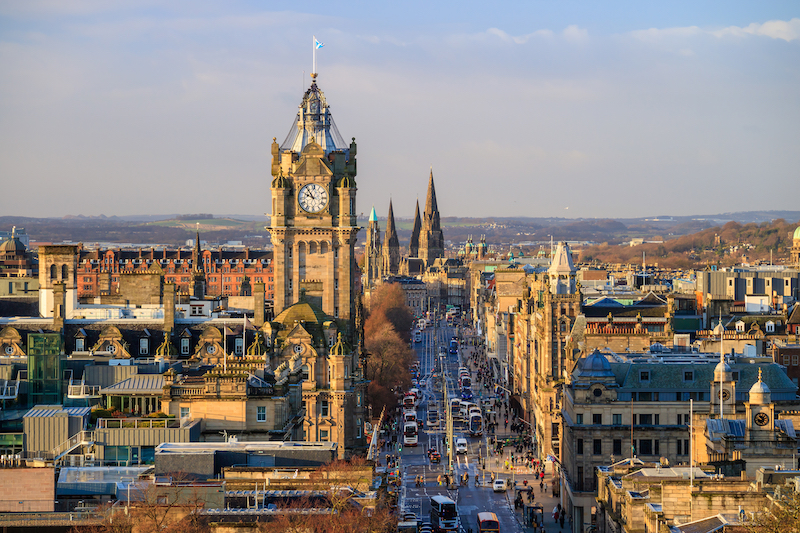 Rivaling its English counterpart, Scotland’s capital is a must-see location. More compact and evidently historic than its Southern cousin, Edinburgh’s hilly terrain ensures that breathtaking views are only ever a short climb away. For keen climbers, the mountain-esque Arthur’s Seat looms from a city-center park, or for a more gentle stroll, enjoy the sights from the vertiginous Edinburgh Castle. The city is also well-known for its spooky past, so take one of the many ghost tours on offer to discover bloodcurdling tales and even explore an old, underground street buried beneath the city’s newer buildings following a breakout of the plague. In the summer, Edinburgh comes alive for its world-famous Fringe festival, a feast of comedy, music, and live performance, so go to stay in August to enjoy the city at its liveliest. 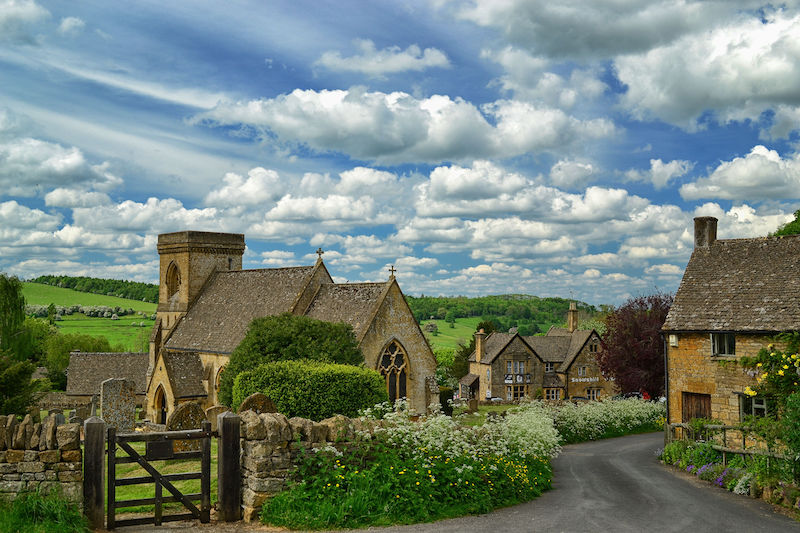 Samuel Johnson might have once said that once a man is tired of London he is tired of life, but if you find that you’ve had enough of the hustle and bustle of the city, you’re in luck. There are plenty of pretty countryside spots just a few hours outside of the capital, and the Cotswolds is a particularly beautiful and easily-accessible location. Full of adorable villages nestled in tumbling green hills, it is the perfect place for long ambles and lazy pints in countryside pubs. Visit Bourton-on-the-Water, where restaurants and tea shops line a pretty river running along the main street, or the spectacular stately home Blenheim Palace, where Winston Churchill was born. 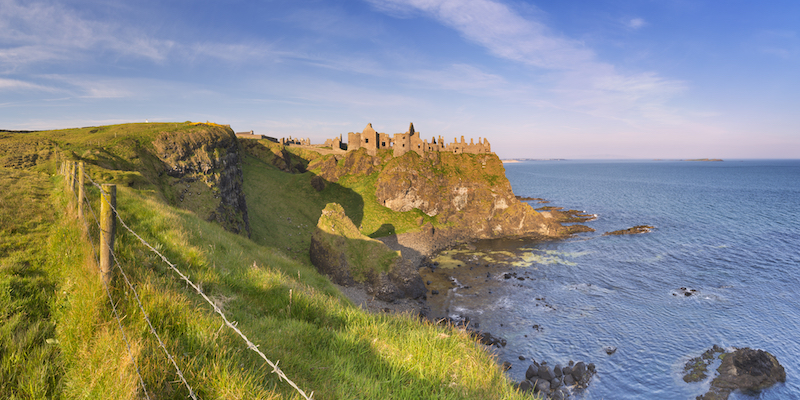 Northern Ireland is awash with stunning countryside, gorgeous mountains, and rugged beaches, making it tricky to pick a top location. But the Causeway Coast, home to the awe-inspiring Giant’s Causeway, is certainly a front-runner. Visit this natural World Heritage Site to see the remnants of an ancient volcanic eruption that left tens of thousands of hexagonal basalt columns swelling out of the sea. Game of Thrones fans will also be delighted by the many filming locations that line the Causeway Coast, including the Dark Hedges, Ballintoy Harbor, and the Cushendun Caves. 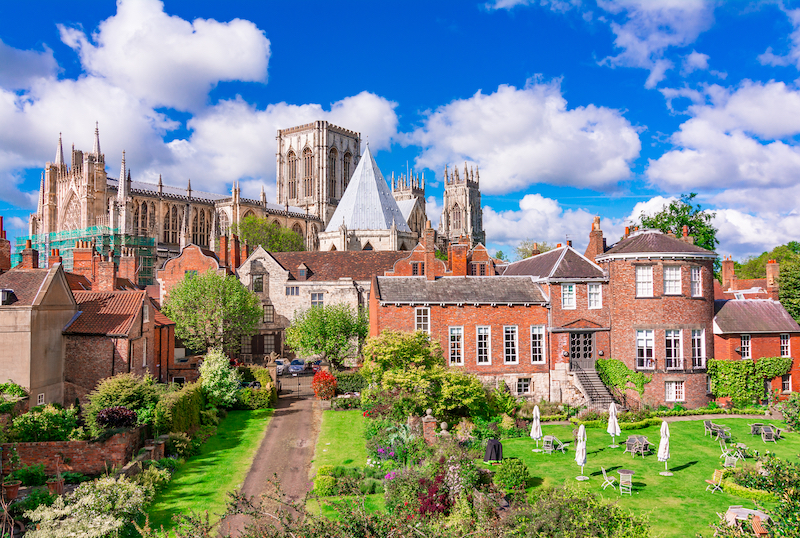 Dominated by an imposing gothic cathedral, York is one of the UK’s most historic cities. A charming medley of tumbledown medieval streets, quirky buildings, and remarkable ruins of castles and abbeys, this northern location is just a couple of hours on a train from London. Although York boasts innumerable sights, it is perhaps most famous for the almost intact defensive walls that circle the small city center. Take a day to stroll around them to see the sights of the city from every angle — York is also well-known for supposedly boasting a pub for every day of the year (or at least was thought to have that many at one point), so be sure to climb down to sample some of its famously plentiful drinking holes en-route. 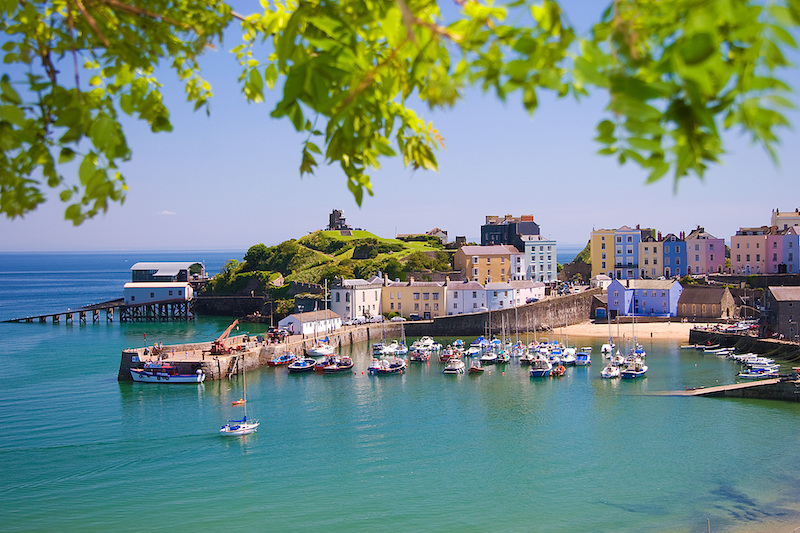 In the far reaches of Western Wales, the Pembrokeshire Coast National Park is the home of spectacular seaside scenery and breathtaking countryside. Enjoy long walks along the cliff tops that characterize the region, and take a break at one of the park’s many award-winning beaches. The charming town of Tenby, where the seafront is lined by picture-perfect pastel colored houses is well worth a stop off; as is the St. Davids Cathedral, located in the smallest city in the UK. 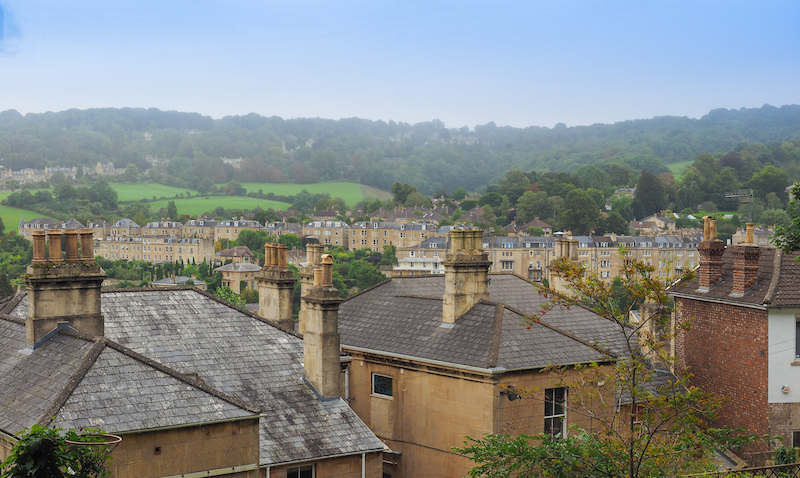 Well-known as the one-time home of Jane Austen, the Georgian city of Bath retains much of its character from the famous author’s lifetime. Rows of the white-columned houses typical of Austen’s time are a common sight, and you can even visit the author’s former residence and dream about Mr. Darcy in authentic surroundings. Bath was built on natural hot springs, and the impressive ancient Roman baths, used for public bathing for centuries, are still open to the public. Although you can no longer take a dip at this historic site, the much more modern Thermae Bath Spa is just a short walk away and boasts a stunning rooftop pool where you can relax in 92ºF thermal water and enjoy panoramic views of the city. 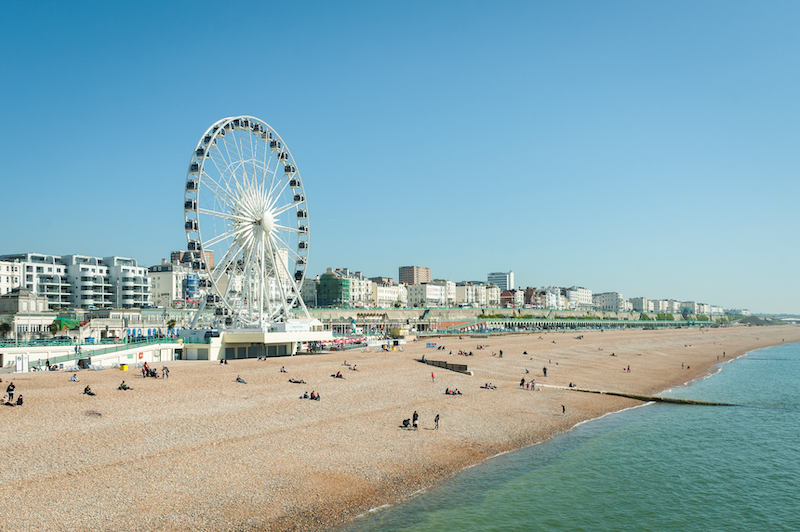 No trip to the UK would be complete without a trip to a seaside town, and Brighton is a perfect example of this British vacation mainstay. Tuck into fish and chips on the shingle beach that stretches an unbroken eight miles, or try your luck on the penny arcade on Brighton’s pier. Brighton is also well-known for having the UK’s most prominent LGBTQ+ community and boasts an array of nightlife, as well as the country’s perhaps most well-known Pride parade at the start of August each year. 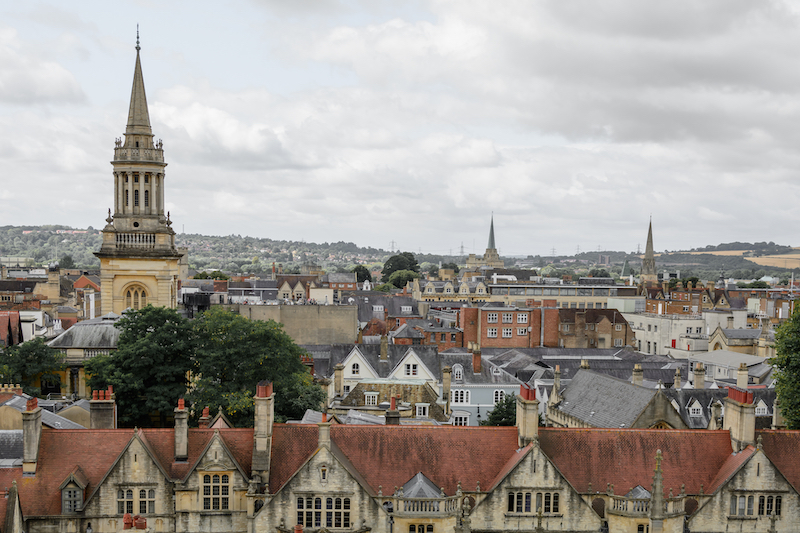 Yeats once wondered if anyone did anything at Oxford but dream, and the place is so beautiful, it’s easy to see why. Dominated by the ethereal buildings of the famous university, Oxford is a medieval masterpiece. Explore the Bodleian Libraries or see shrunken heads in the peculiar Pitt Rivers Museum. Seek out Harry Potter filming locations or take a punt along the serene rivers that snake through university parks and college gardens. Oxford is heaven for lovers of literature, culture, and history, and is an unmissable location on any tour of the UK. 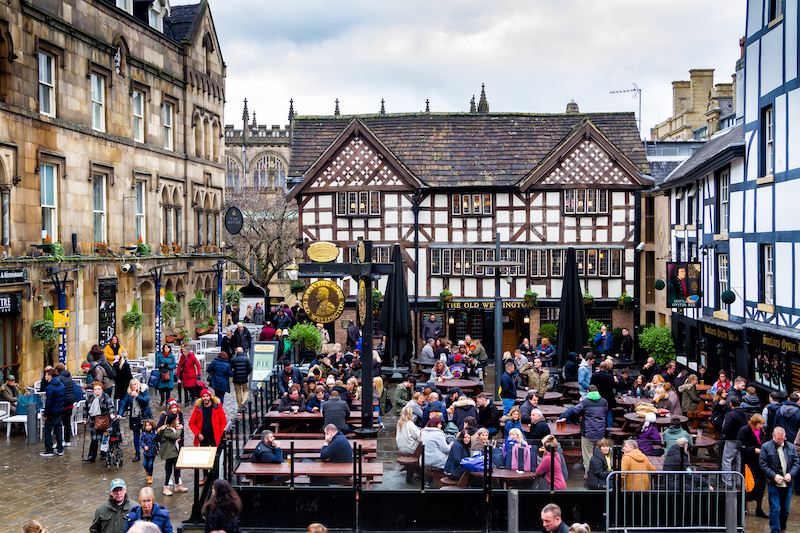 If you’d like to add a more modern city to your list, then Manchester is a must-see. A bustling northern metropolis, Manchester is a hotspot for nightlife, with an eclectic range of restaurants and bars to sample. The city is well-known for its music scene, so check out one of its many small music venues to dance the night away to the next big thing, or visit the artistic Northern Quarter, packed with galleries and daubed with stunning street art. 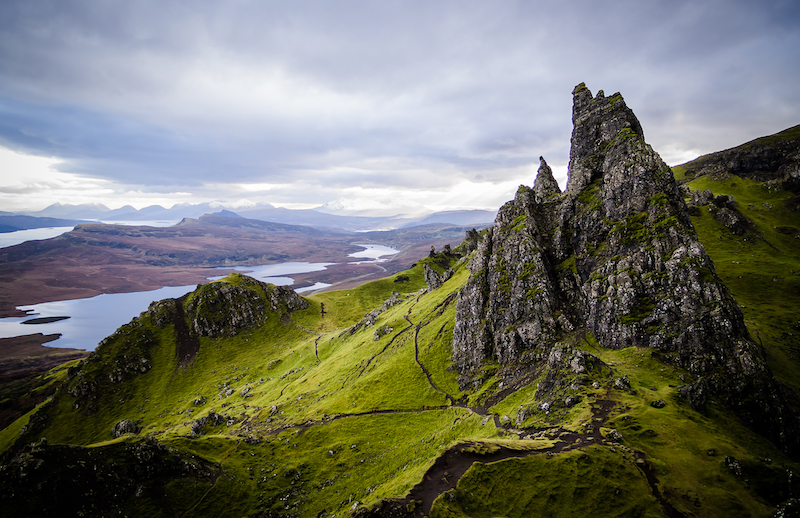 Although it is near impossible to pick just one Scottish island to tick off your list, the Isle of Skye is a popular choice. The largest island in the Inner Hebrides, Skye is known for its sublime landscape and dramatic mountain scenery. The cascading waterfalls at the Fairy Pools are the closest thing you can come to magic, and you can be tempted back to reality with whiskey tasting at the Talisker Distillery. In the winter, the Northern Lights are also visible from Skye, so book a trip in the colder months to witness this sublime spectacle.