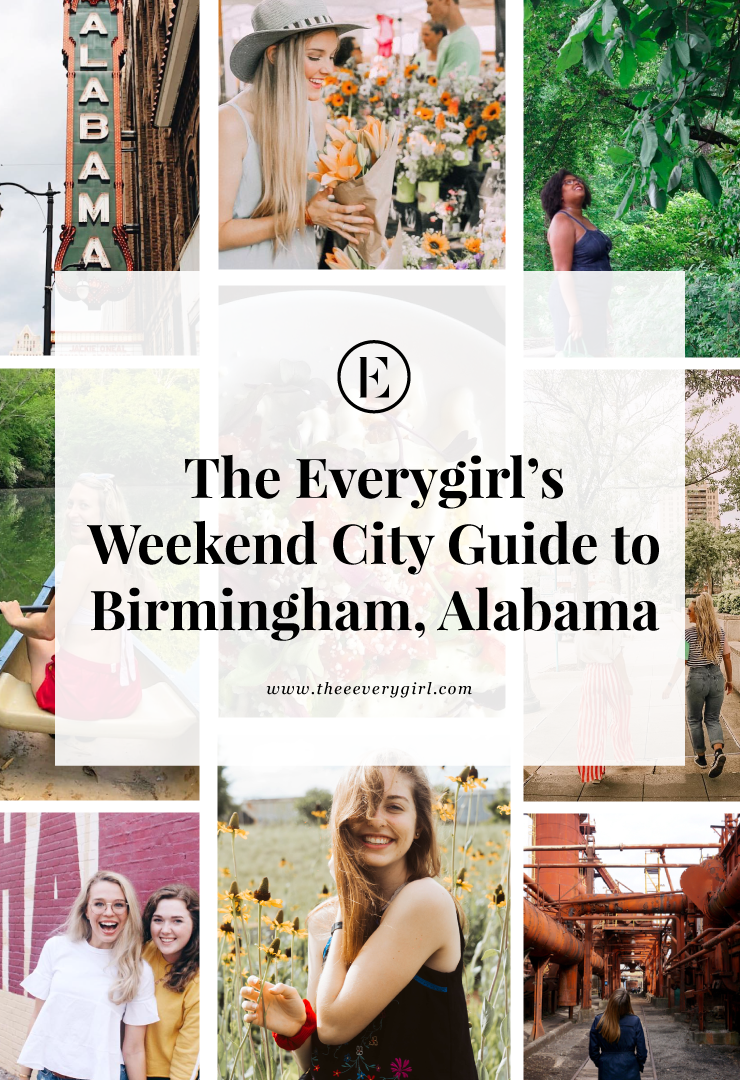 Once an iron mecca, Birmingham is rising again with a revitalized downtown filled with award-winning restaurants, craft breweries, and more green space per capita than any other city in the country. Food & Wine magazine just relocated from New York to Birmingham, moving the city a few notches higher on the culinary scene. Take Monday off work and spend a weekend exploring all the historical gems and savory flavors in this Southern city. 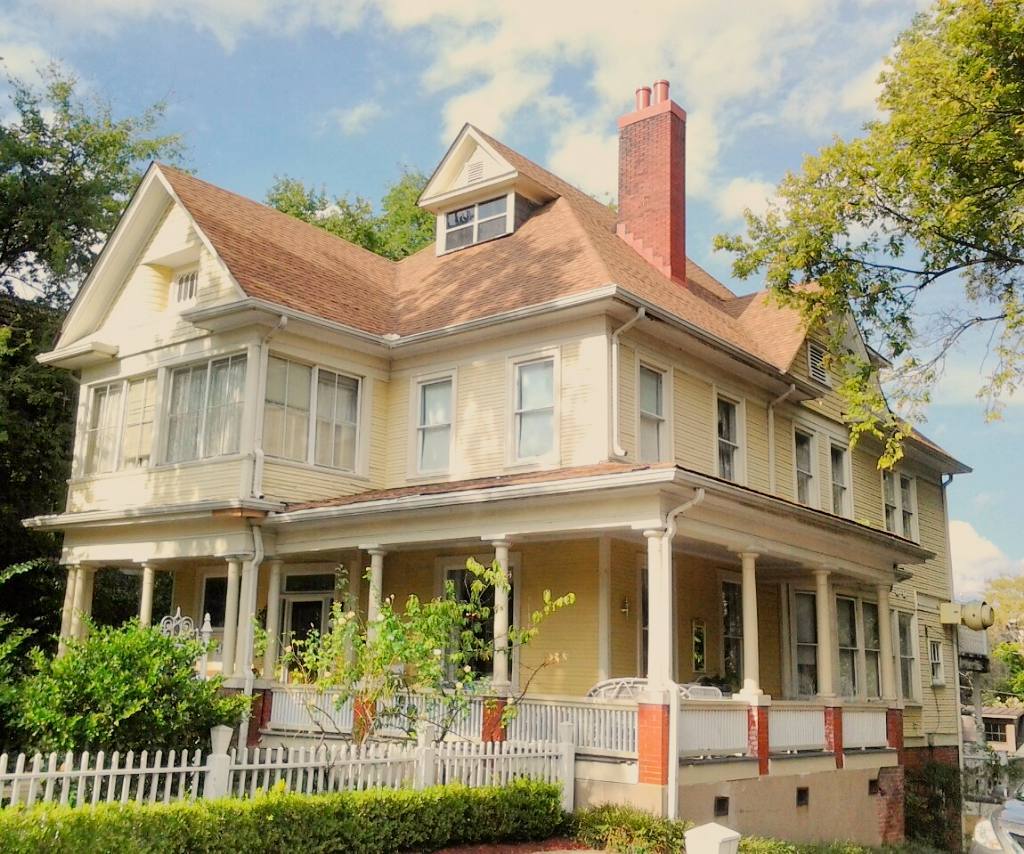 The Redmont Hotel is the oldest hotel in Birmingham, Alabama. The newly restored 1925 hotel features 14 floors and is part of the Curio Collection by Hilton. Its New Orleans-style rooftop is the perfect place to sip a cocktail while enjoying the amazing view of 5th Avenue North.

If you are looking for a quiet setting, snag one of the seven rooms at the Cobb Lane Bed & Breakfast. Built in 1898, the former private residence is located in the Five Points Historic District within walking distance of bars and restaurants. 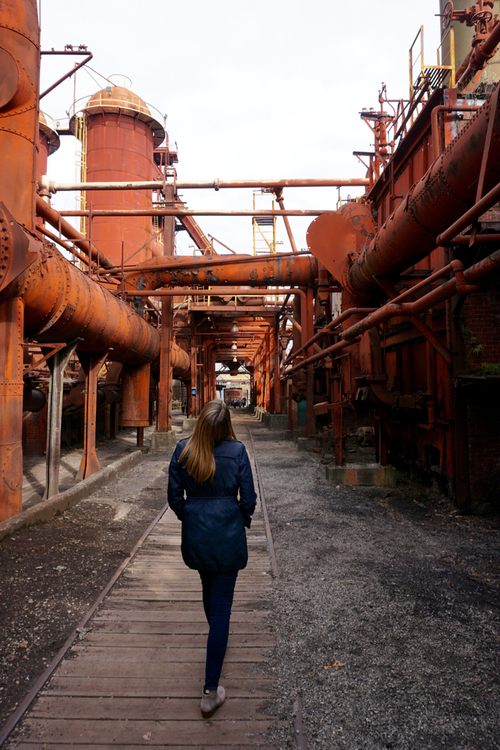 From 1882 to 1971, Sloss Furnaces produced iron and contributed significantly to the growth of the city of Birmingham. The 32-acre blast furnace is currently the only twentieth-century blast furnace in the country being used as a historic industrial site and is listed as a National Historic Landmark. The site hosts a variety of events including concerts, music festivals, metal arts workshops, and exhibitions throughout the year. It is also open to the public for free self-guided tours from Tuesday through Saturday. 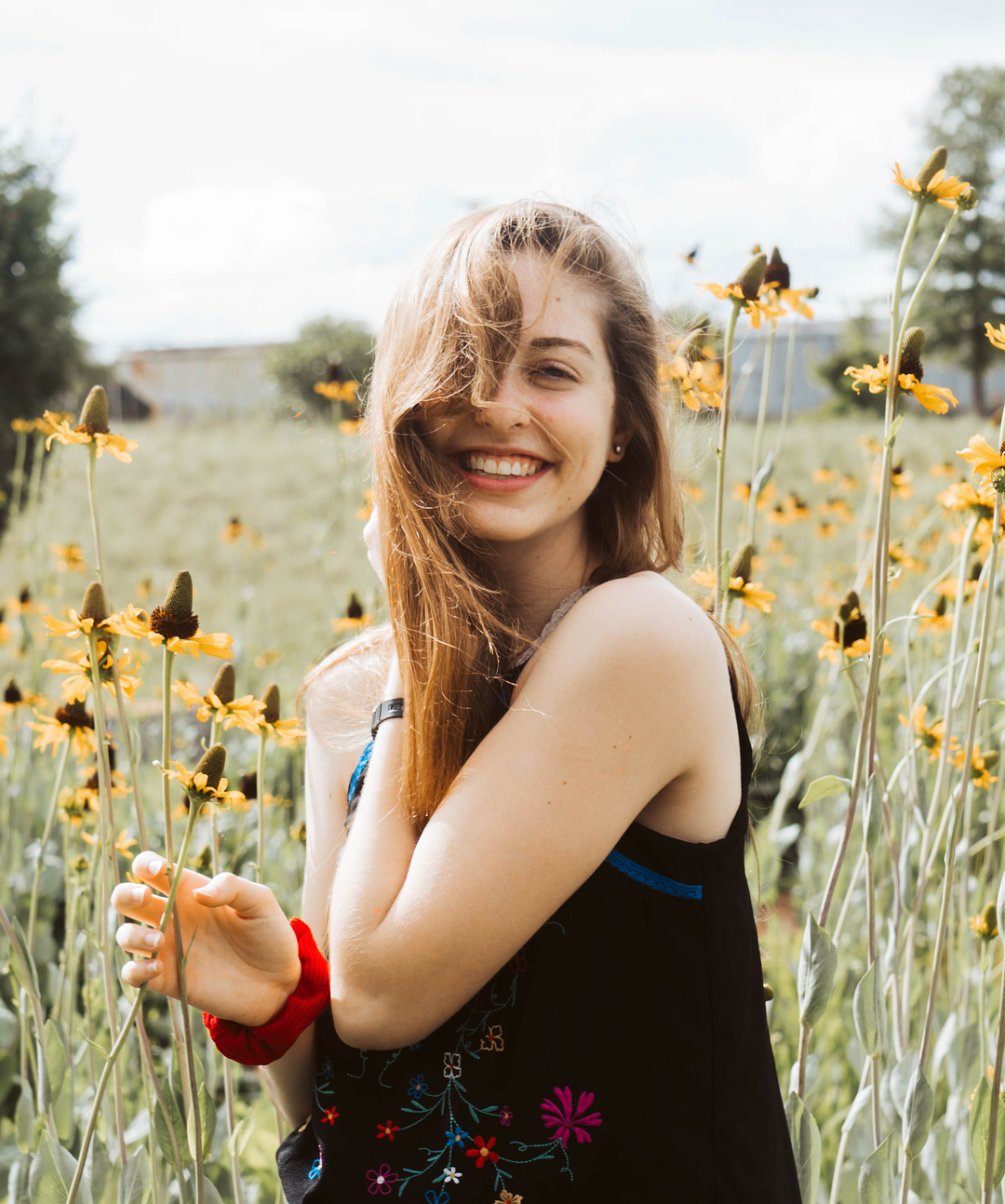 For the best view of the city skyline, stop by Railroad Park, an eight-block green space in the middle of downtown that highlights Birmingham’s industrial heritage. Be sure to catch a baseball game across the street at Regions Field, home of the Birmingham Barons. The 8,500-seat stadium opened in April 2013 for the minor-league affiliate team for the Chicago White Sox. 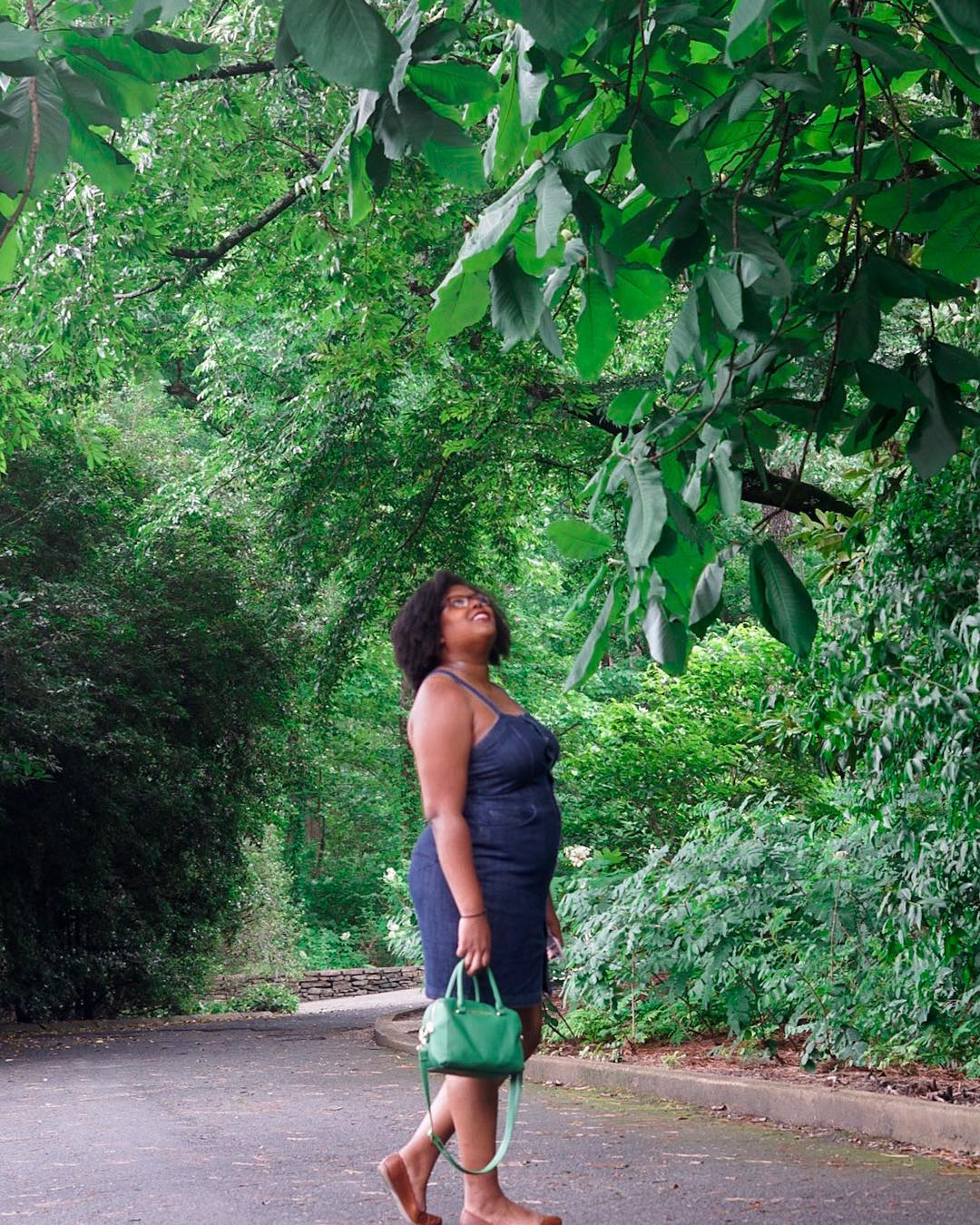 Spend the afternoon strolling Alabama’s largest living museum which houses more than 12,000 different plants. During the summer they have “Flicks Among the Flowers” where you can bring a blanket and snacks and catch a movie under the stars. 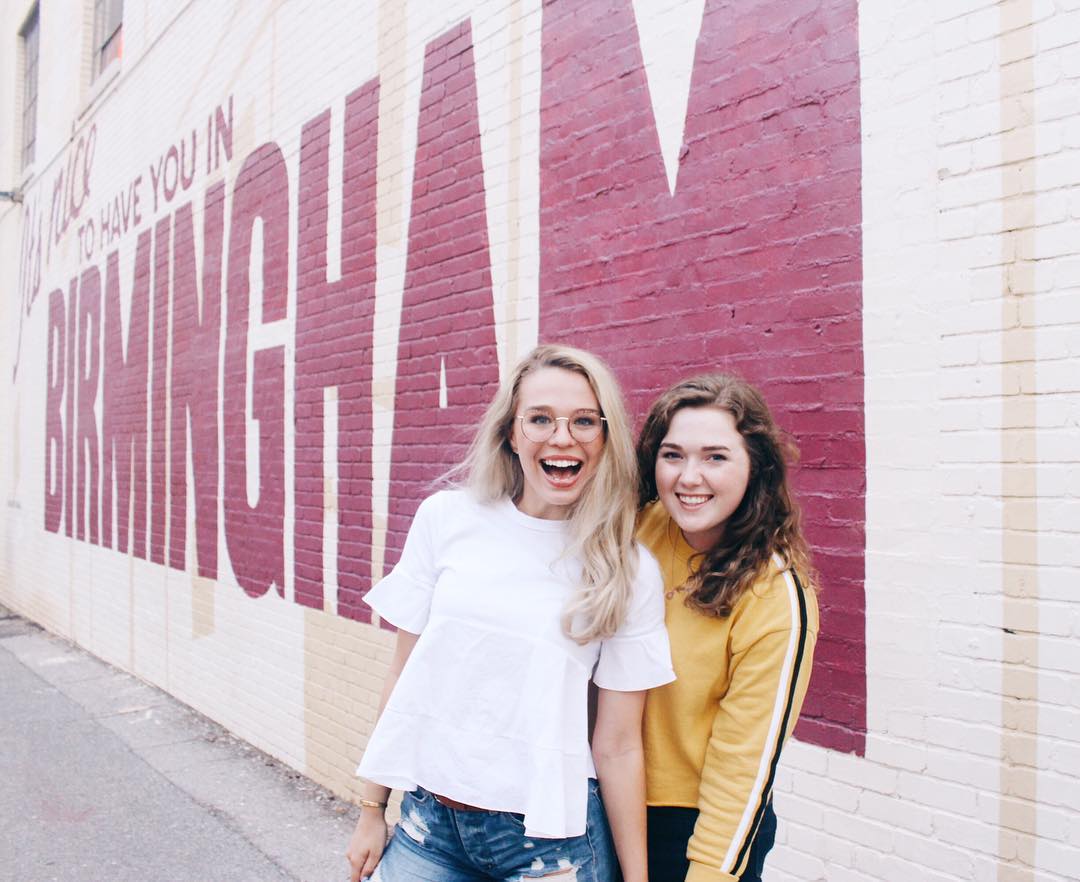 A statue of Vulcan, the Roman god of fire and forge, towers over the city from the top of Red Mountain. It’s the world’s largest cast iron statue and stands on a giant platform, which is accessible by an elevator or stairs. The platform will give chills to anyone who has a fear of heights. The park also includes a museum that explains the history of the statue and Birmingham. 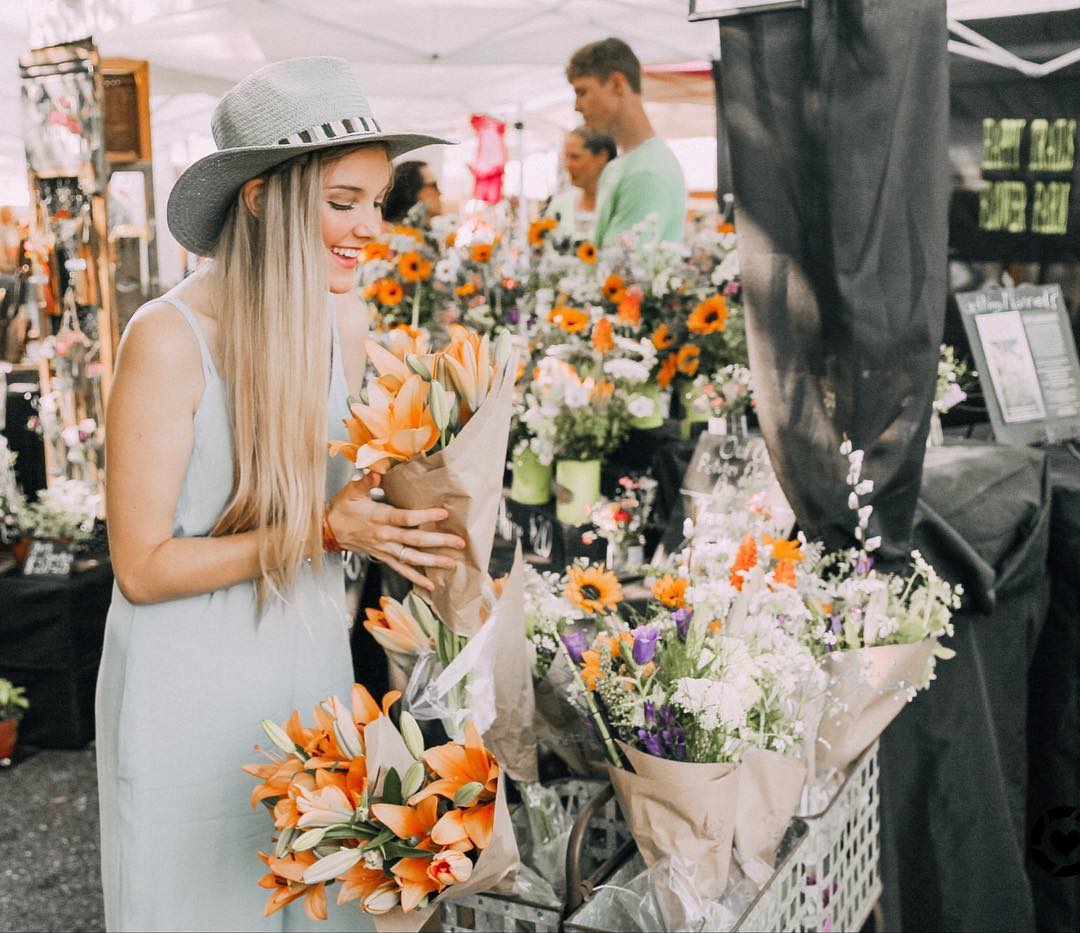 The Market at Pepper Place

If you happen to be visiting on a Saturday morning between April and December, take a stroll through the Market at Pepper Place (preferably after a large, boozy brunch). You can get everything from flowers to local wares while live music plays. 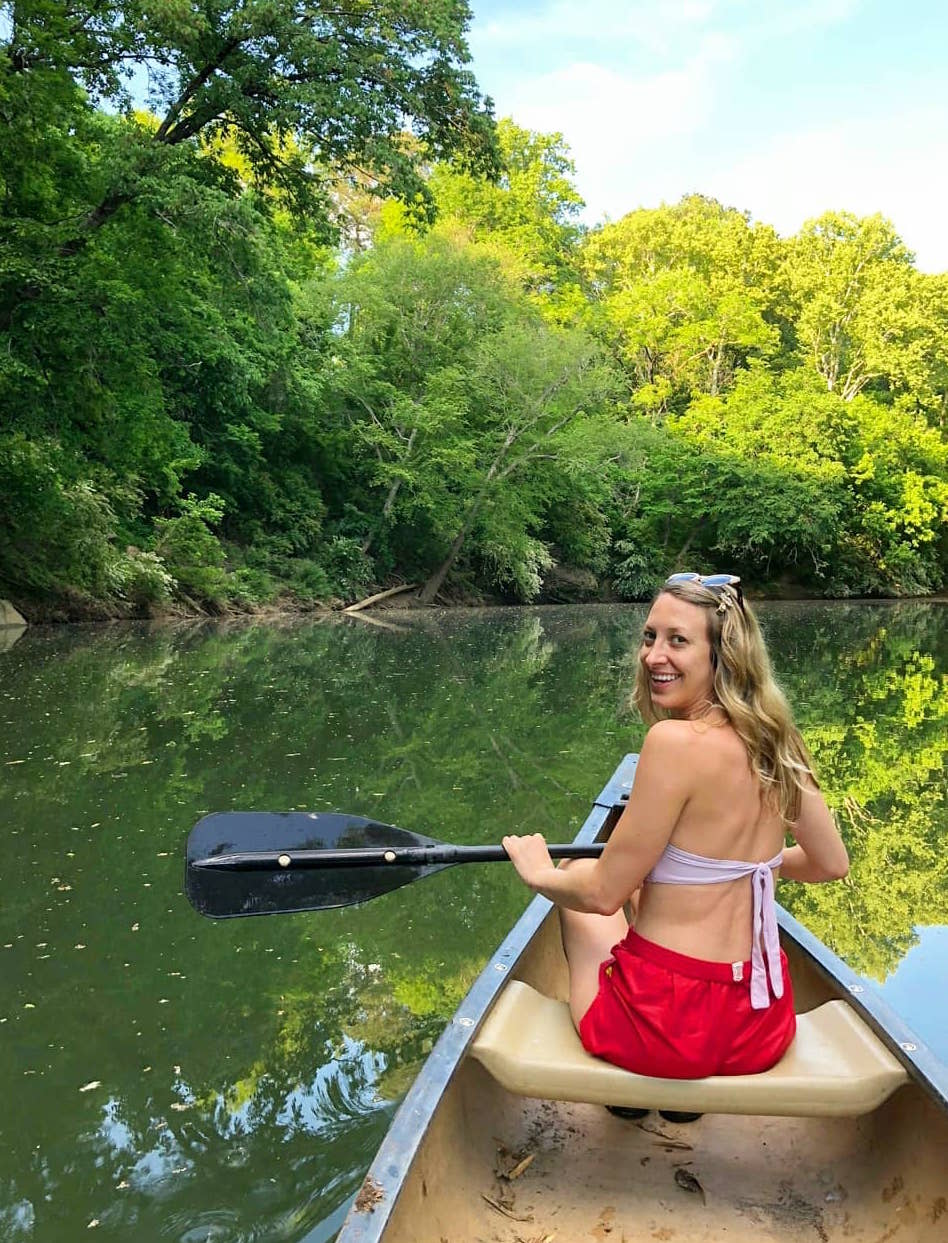 Take a mini road trip outside of Birmingham to get real with nature. You can spend the day swimming, hiking, fishing, paddling a canoe, or some combination of the three. 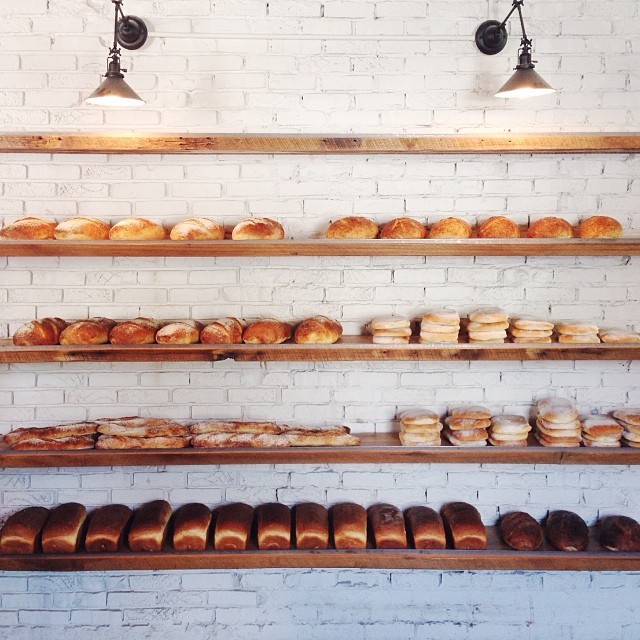 Brick and Tin is the best lunch spot in town. Start with one of their locally-sourced soups and sandwiches, but save some room for their banana pudding, which looks almost too perfect to eat (It’s served in a mason jar lined with perfectly rounded cookies and fresh bananas!). Their Mountain Brook location is open for both dinner and brunch, while the downtown location is only open for weekday lunch and Friday dinner. 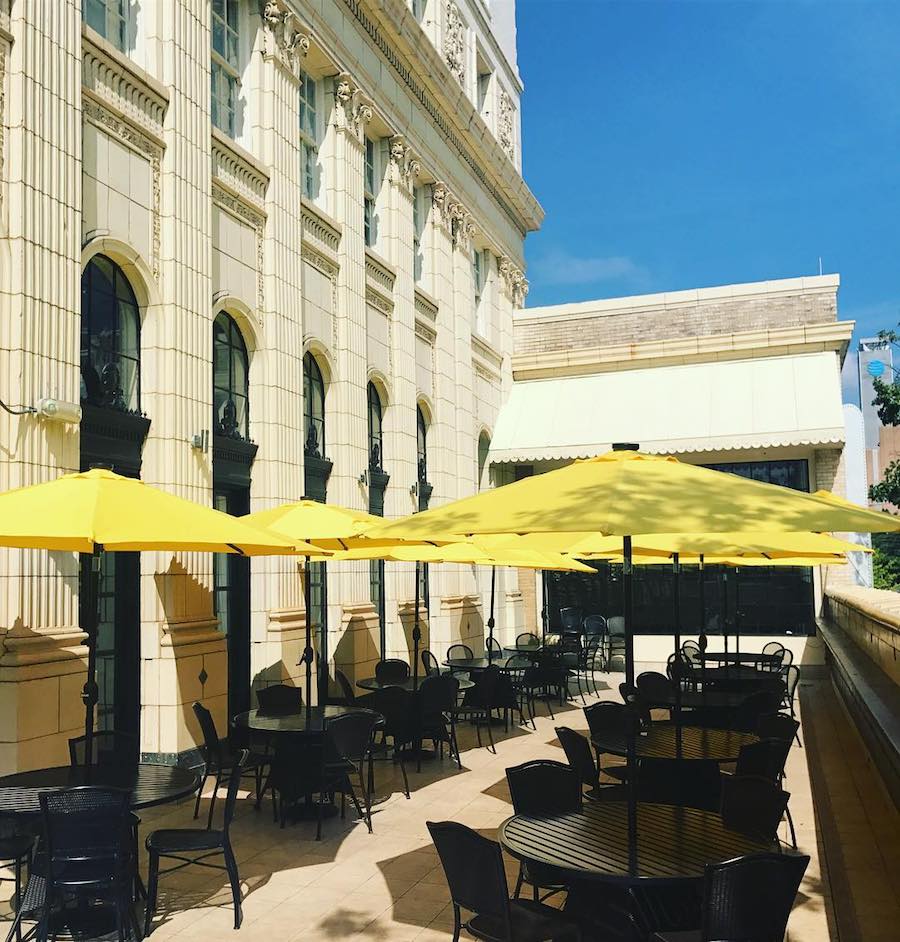 Grab a table on the spacious patio at Roots & Revelry, a budget-friendly fine dining restaurant on the second floor of a historic 19-story hotel, The Thomas Jefferson Tower. It’s the only place in town to get a pork belly PB&J. After dinner, be sure to linger for a drink in their parlor area. They are also open for weekend brunch.

This ice cream shop started as a food truck before opening their brick and mortar store in 2014.  They specialize in artisan homemade ice cream, shakes, and ice cream sandwiches. The hardest part is deciding between their seasonal and specialty flavor options (like goat cheese fig). Bonus: The cones are also homemade. 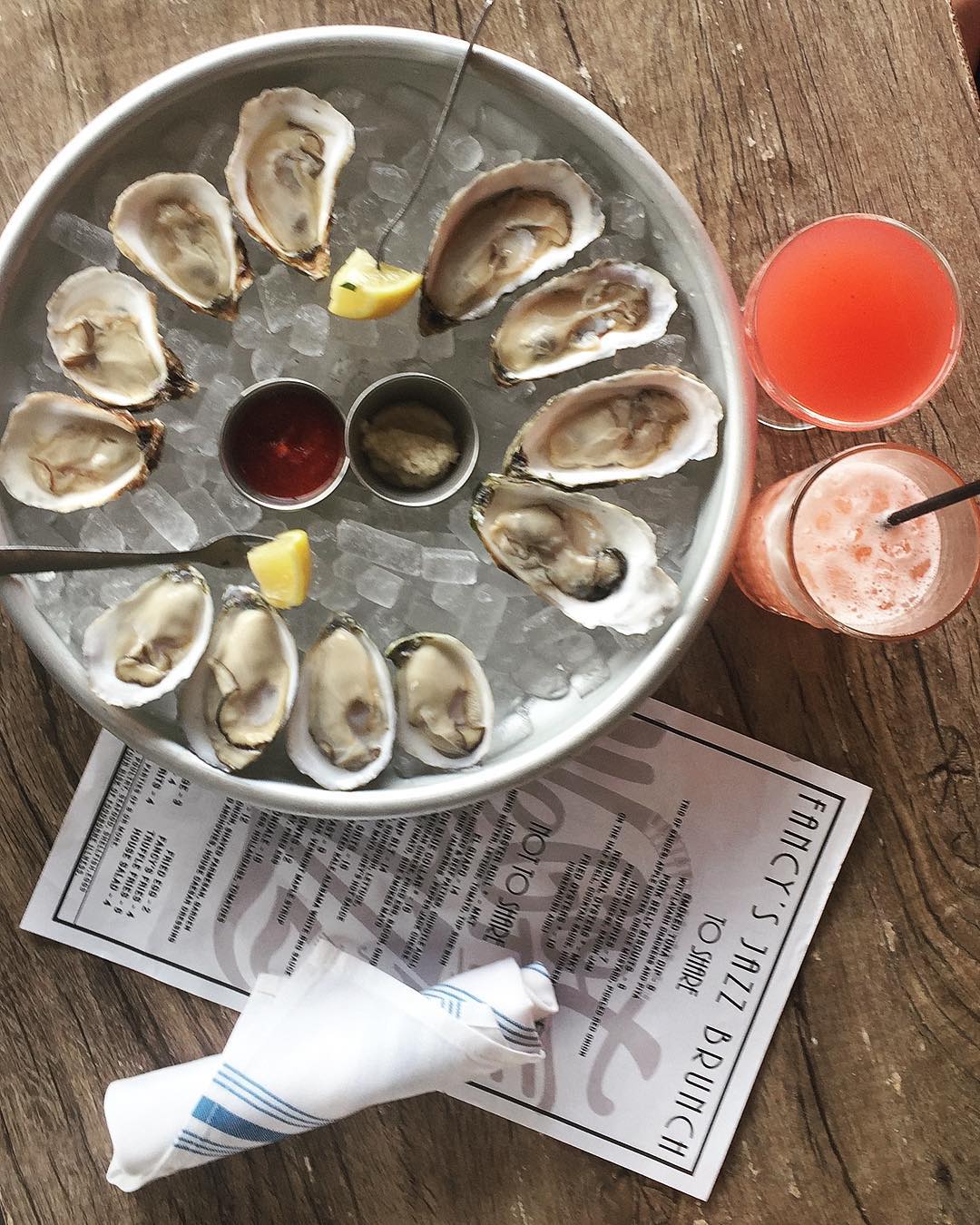 An Oyster Dive + Burger bar located in the heart of Avondale. The laid back atmosphere and cocktails (you’ll want to order at least two because they are THAT good) make this the perfect date night spot. 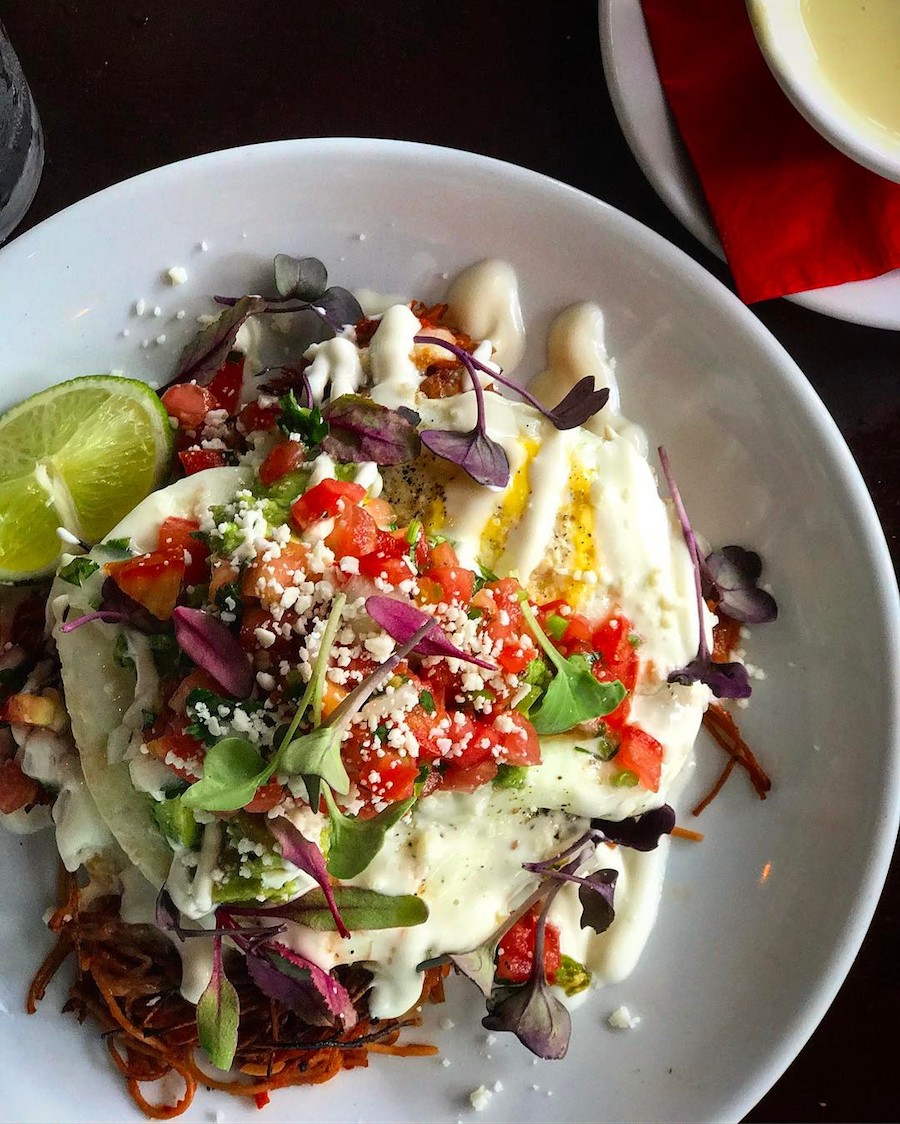 Don’t be surprised if there’s a line outside this colorful, modern Mexican restaurant, especially for their Saturday brunch. Their pork carnitas and roasted apple sopapillas are worth the wait. Bonus: The floor to ceiling donkey-themed mural on the back wall is Instagram-worthy. 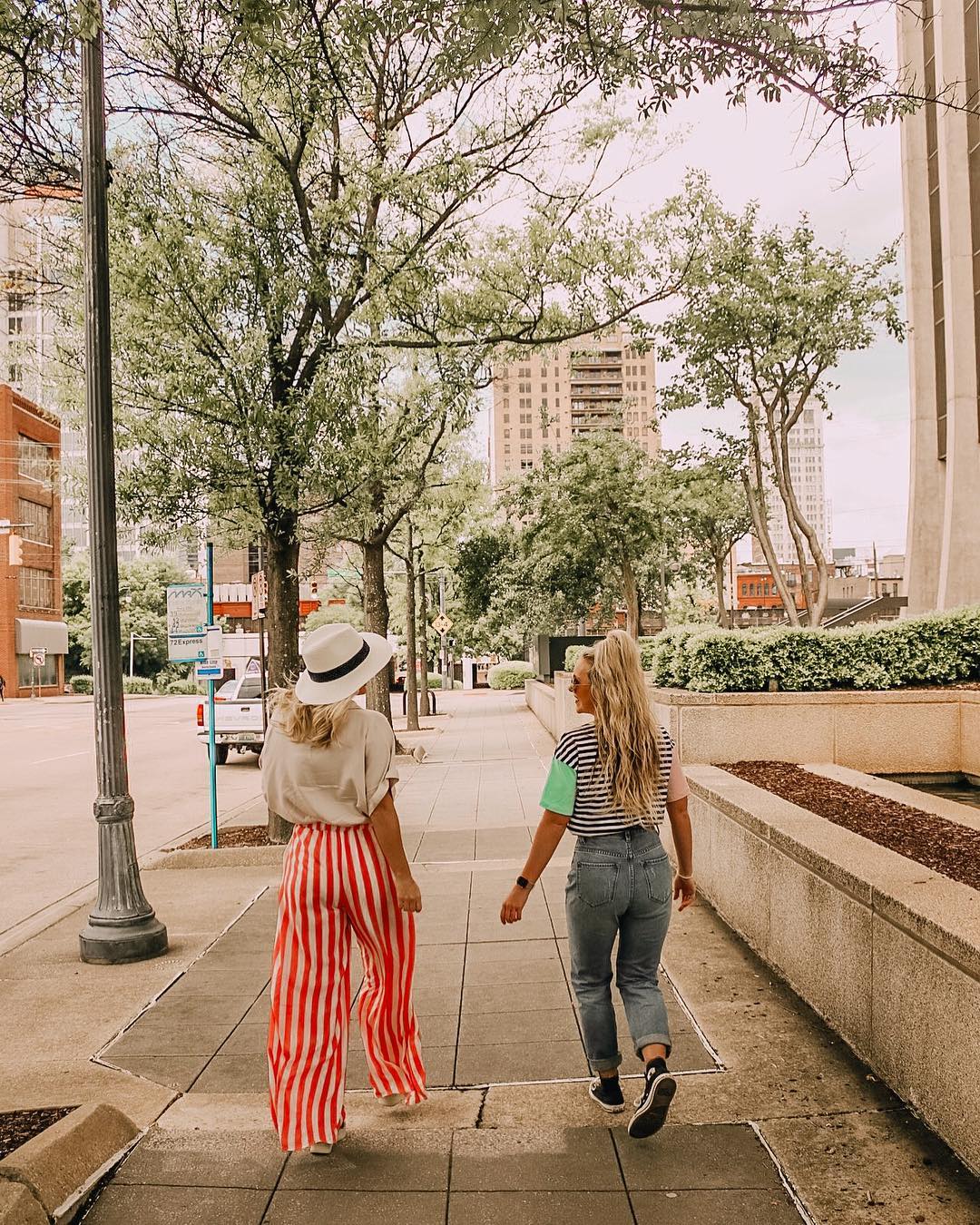 Carrigan’s Public House is a gastropub located on historic Morris Avenue in downtown Birmingham. The owner incorporated the shell of a 1979 Land Rover Series III in the main restaurant bar. It’s a great dinner spot with a two-level patio. 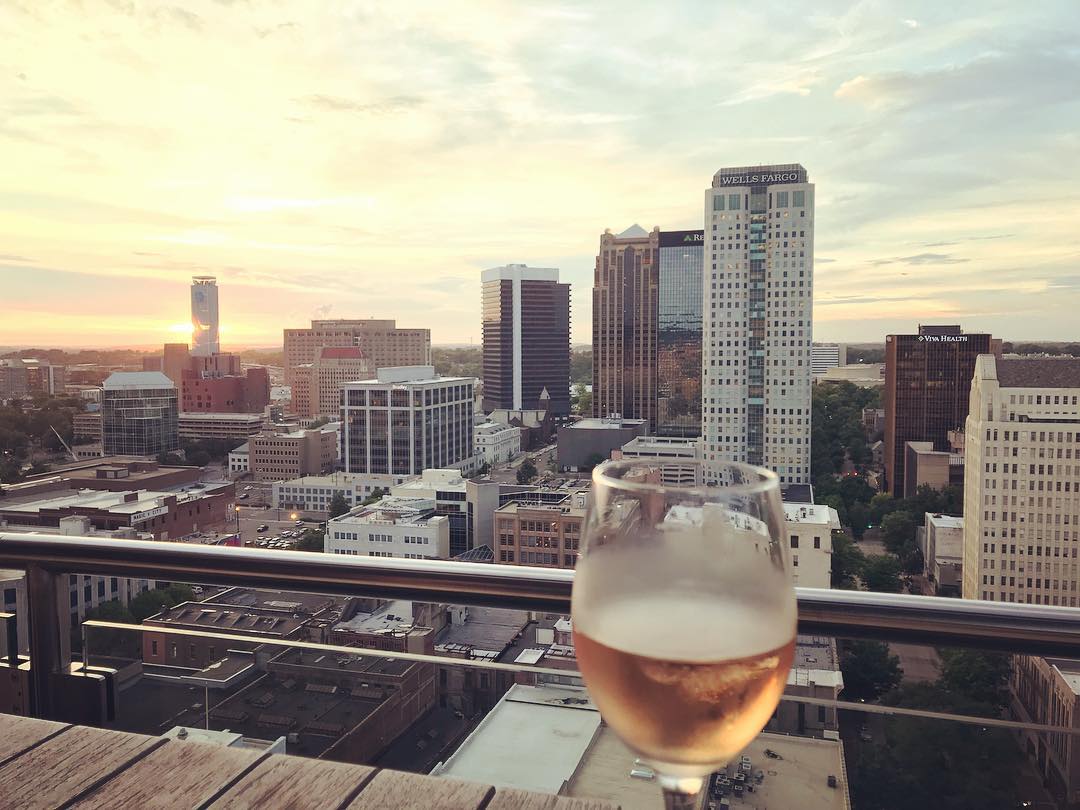 The Garage Cafe is a local favorite that serves tasty soups and sandwiches.  This antique-shop turned dive bar features an enclosed courtyard filled with a hodgepodge of antiques, including stone statues of Greek gods and a rusting gas pump. The location is hidden off a small side street near Highland Avenue. 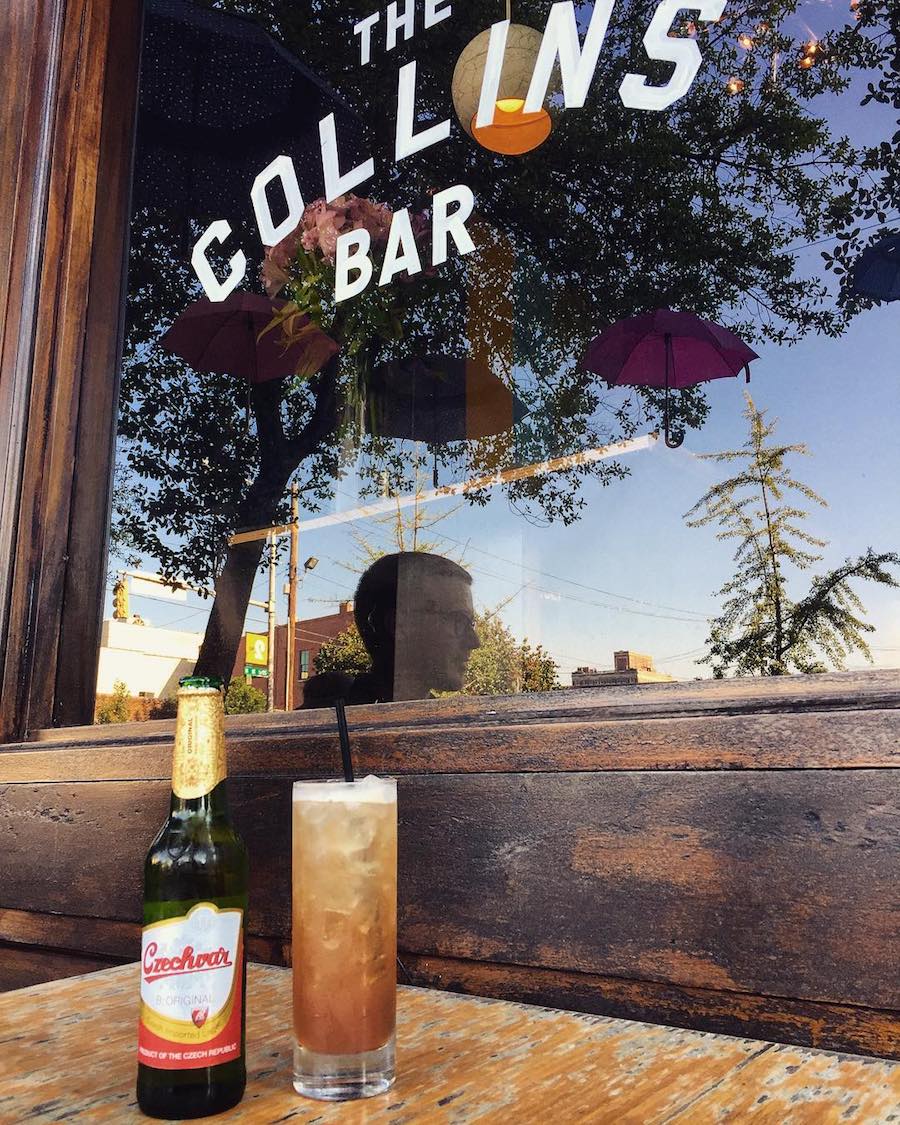 The Collins Bar is a hip cocktail joint in the heart of downtown. A Birmingham-themed Periodic Table of Elements adorns the wall behind the bar, and the ceiling is covered with giant paper airplanes. Their upscale bar food menu ranges from a grilled cheese to chicken and waffles.

Cahaba Brewing Company has one of the best and largest tap rooms in town. Grab a pint of their Liquidambar amber ale and play a free game of Skee-Ball.  They have a rotating selection of local food trucks on their patio during the weekend. 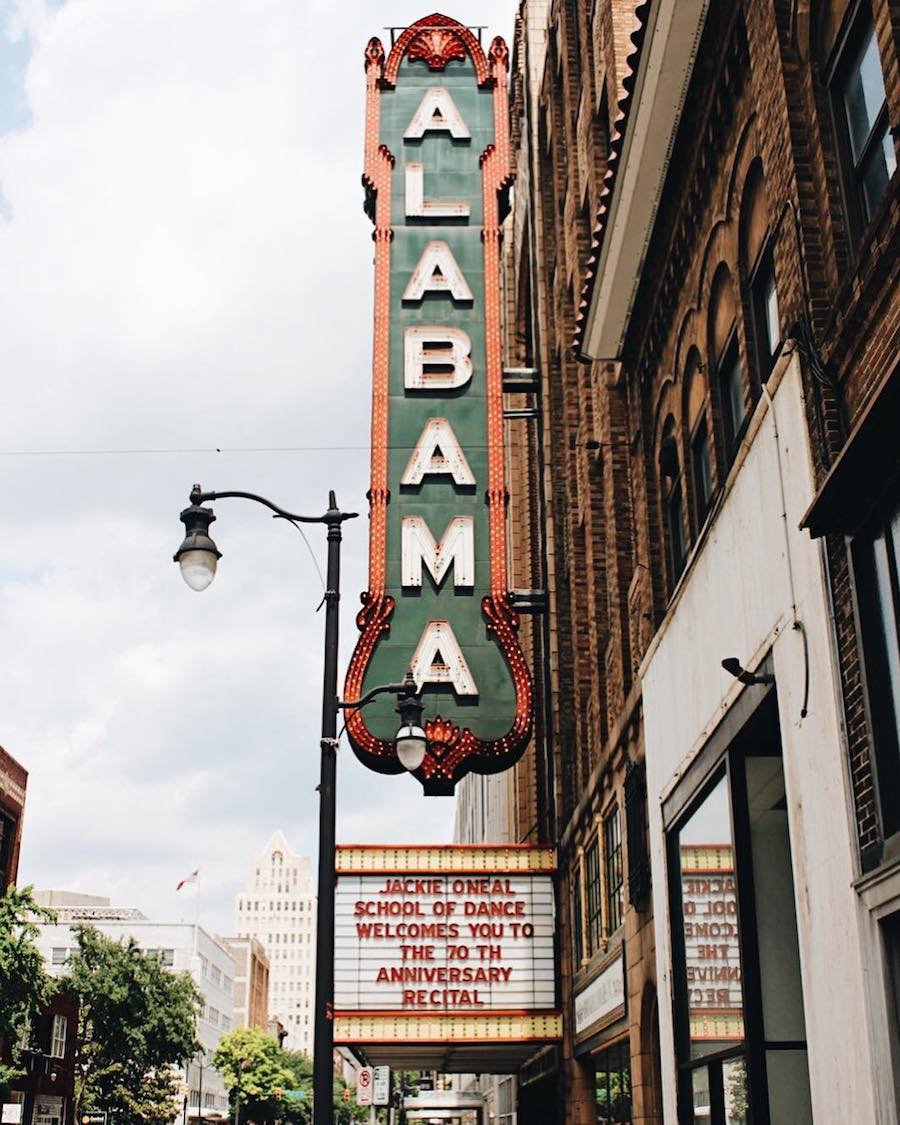 Catch a concert or movie at the historic Alabama Theater, which was built in 1927. Located directly across the street is The Lyric, a once-Vaudeville theater that hosts concerts, symphonies, and theatre productions. The Lyric was built in 1914 and reopened last year. Both theaters are operated by the same nonprofit.

One of the best outdoor music venues is the patio stage at Avondale Brewing Company in Avondale. Directly across the street is Saturn, a funky, space-themed music venue with an accompanying bar that has one of the only old-school film photo booths in town. Downtown music venues include Iron City and the WorkPlay theater.