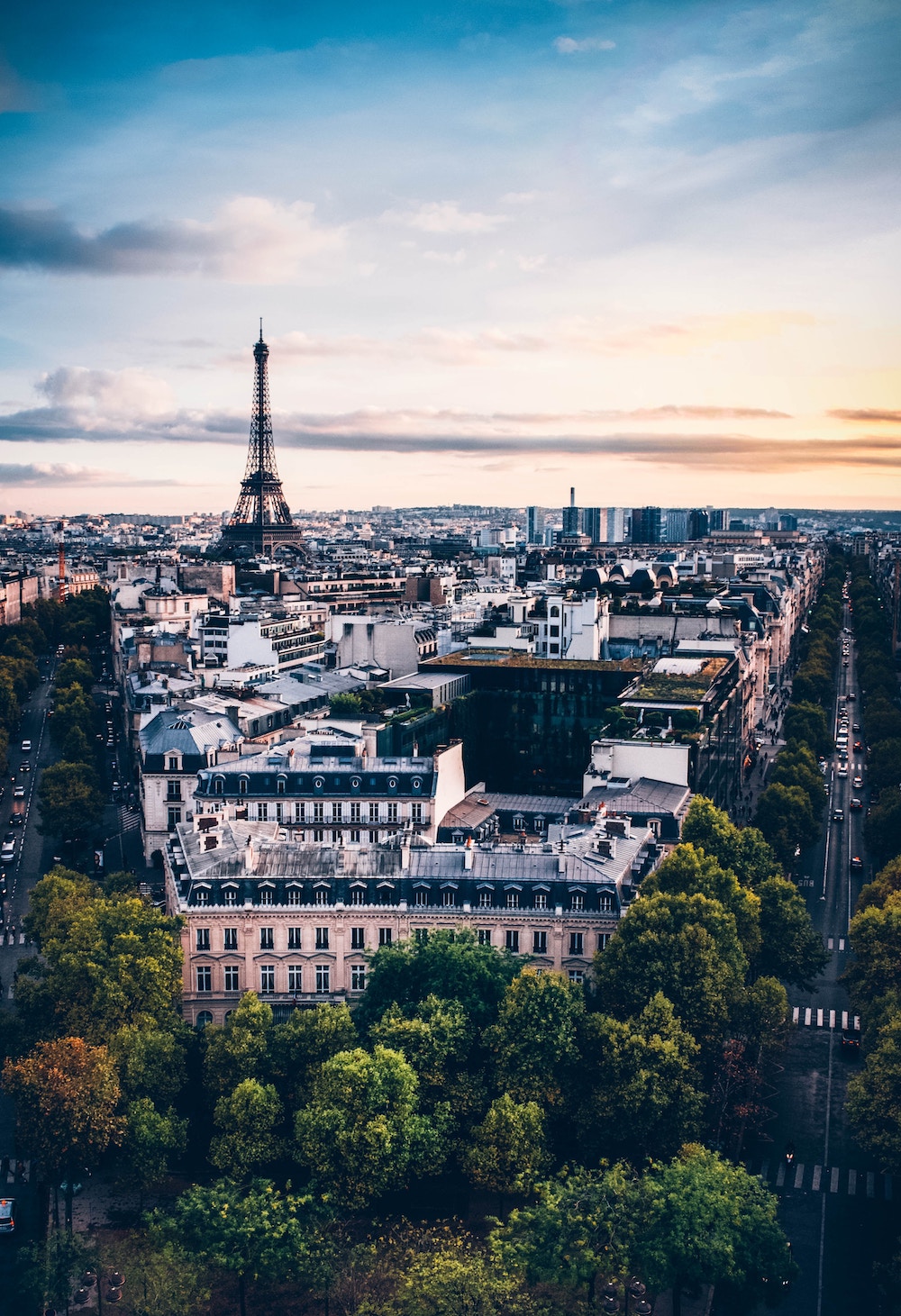 The romantic Parisian mini-break I had imagined back in 2014 brimmed with continental clichés. I envisioned my boyfriend and I strolling down the Seine hand-in-hand, spending lazy mornings tucking into Pain au Chocolats, and late nights basking in the merlot-soaked glow of the city of love.

But that’s not quite how things turned out. Instead, when I should have been packing, I sat cross-legged on my childhood bed clutching my phone to my tear-soaked cheek as we agreed that things weren’t working. Our conversation mirrored many break-ups — a strange mixture of sadness and resignation — but with one notable caveat. We still had to figure out what to do about Paris.

My ex and I met in college and had been determined to make things work when I graduated and moved back to my hometown. He was still in his final year of studies whilst I was on the other side of the country, saving to go traveling by picking up shifts at a local supermarket. With my Asian backpacking trip looming, we planned to take a Christmas mini-break to get some quality time together before spending five months apart.

But by the time that Paris rolled around, we knew it was over. The things that had kept us together as students simply weren’t going to wash in the adult world. It seemed kinder to both of us to end things now instead of eking out every last scrap of the relationship whilst I hopped between countries, trying to keep track of time zones and squeeze in the occasional Skype session. It was straightforward, as break-ups go. The issue of the trip that was just days away, however, was much more complex.

“What are we going to do about Paris?” I sniffled sorrowfully, thinking of the money we had already forked out for the Eurostar tickets dwindling in an envelope in my bedroom drawer.

In the end we agreed to go. We were both broke and hadn’t had a holiday all year. It seemed silly to waste the perfect hotel room buried in the heart of Montmartre that I had spent weeks scouring online booking sites for. We would enjoy one last long weekend together and then go our separate ways.

When I tell people this their eyes widen.

“That must have been so hard!” they exclaim, “I never could have done that.”

They might ask if we had still had sex (we did) or if we spent the whole time fighting (we didn’t). They might comment on the tragic romance of the last time I ever saw him, at London St Pancras, as we hugged each other goodbye and then simply took trains to our separate lives.

The reality was much less dramatic. In most ways, the weekend was like most trips that young couples who are in love take. We got lost on the way to the hotel and bargained over who would try and ask for directions in terrible elementary-school-level French. We crammed in sightseeing, poring over maps to calculate exactly how many landmarks we could make it to before we collapsed into the nearest bistro for wine and cheese. We posed for selfies together in front of the Eiffel tower and uploaded them to Facebook for our unknowing friends to comment on with heart-eye emojis.

In spite of this, there was a sadness that we both tried our best to ignore. Although we had made a pact not to talk about the break-up, it was an ever-present third party. As we crossed the Pont des Arts together, a bridge heaving with padlocks bearing the names of loved-up couples, it was painfully apparent that there was no point suggesting we purchase a lock from one of the vendors nearby. They symbolized eternity, whilst our relationship was already at an end.

That weekend in Paris feels like it was a very long time ago today. My backpacking trip came and went, and I moved to another city and threw myself into my career as a book editor and then a writer. The advent of dating apps had changed the game completely since I was last single, and I dipped in and out of flings, short relationships, and long bouts of being alone. But in spite of having travelled around the world throughout my twenties, Paris always held a significance for me — it is still, even now, the last time I was in another country with someone I was wholeheartedly in love with.

That long-ago trip was my first thought when an opportunity to go to the continent for work came up a few months ago. All of my memories of Paris had become defined by the brittle edges of the break-up and the months of wondering “what if” that followed. Besides, I was decidedly single again, and didn’t quite trust myself not to spend the week mournfully wandering the city streets reminiscing about past heartbreaks.

I needn’t have worried. True to a form that my 21-year-old self would have been proud of, the trip immediately followed a backpacking stint around Morocco with my best friend. I arrived in Paris exhausted but exhilarated. As I dashed between work meetings it became apparent that I was a different person from the one who had been here five years before.

Back then I would have balked at the idea of presenting at a meeting and been intimidated by the thought of offering up my opinion. I would have holed up in my hotel room rather than exploring a strange city alone at night. I would have felt self-conscious asking for a table for one.

Yet here I was, indulging in people watching as I ate delicious food and sipped wine in the shadow of Notre Dame. A waiter scattered rose petals on just my table and instead of feeling acutely aware of my solitary state I luxuriated in the simple pleasure of my own interrupted company.

I dawdled in the same bookshop that my bored ex-boyfriend had hurried me out all that time ago. When I had been there last I had been scared of being without him, but more than that I had been scared of what this strange new adult world I had found myself in would bring. I was scared of my lack of career. Scared of my friends moving away. Scared of having to make choices — any choices, but particularly the choice between my relationship and the future that I wanted for myself. Flicking through the paperbacks section now I secretly knew that the girl in that bookshop back then would have been relieved and proud of how far I’d come.

And I did get that long loved-up amble down the Seine that I’d longed for years before, but this time it wasn’t a boyfriend that I was loved-up with. Instead I was enamored by this beautiful city; by the giddy knowledge that I could love my own company as much as I loved being with someone else; by the life that I’d built in the five years since I’d been here last. I didn’t get the first romantic trip to Paris that I’d hoped for, but I certainly got the second.