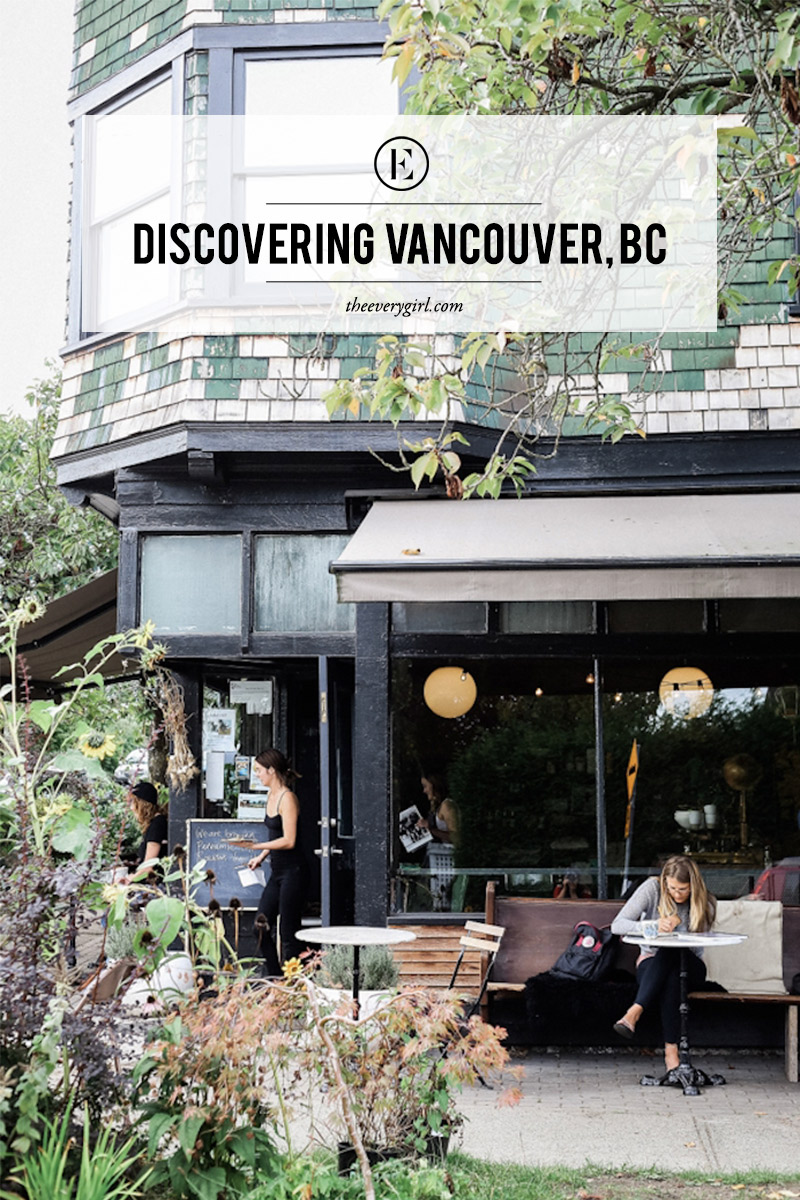 Whether you’re looking for international sophistication or rugged wilderness, Vancouver is home to endless adventures that attract more than 8 million visitors a year. Situated in western Canada on a peninsula with waterfront views, the city embodies the Pacific Northwest—laid back with numerous parks, mountains and hikes, but metropolitan with galleries and a budding foodie culture.

Vancouver is voted one of the world’s most livable cities year after year, and as a result, the city has garnered a diverse international population. Today, more than half of its residents speak English as their second language, and a third of the population is of Asian decent.

The city is defined by neighborhoods, each with their own unique personality and flare. Downtown is where you’ll find shopping, Asian restaurants, and the famous Granville street for a night out on the town. Gastown’s red brick buildings and wrought iron lampposts showcase the history of the city’s oldest neighborhood. The Westend’s Davie Village, situated along the waterfront bordering the famous Stanley Park, is lively, diverse, and LGBT friendly. Pubs, breweries, and nightlife define Yaletown, a cosmopolitan neighborhood just north of False Creek. A stroll through Granville Island’s local shops and market with the city as your backdrop completes a perfect weekend getaway. Visiting in the summertime? Head southwest to Kitsilano, where you’ll find Kits Beach, journey north to Stanley Park, or venture a bit outside the center to walk the Capilano Suspension Bridge. Coast – Fifty percent off cocktails and food? We’re in! This swanky seafood spot is the perfect happy hour destination from 2:30 to 5:30 p.m., seven days a week. Coast’s convenient location just a few blocks from Granville Street and the entertainment district makes this a great spot to kick off your night.

Miku – Miku is the cornerstone of Vancouver’s Japanese sushi scene. While famous for their aburi sushi seared with flame and charcoal, our favorite part of this dining experience is the waterfront view and patio. But know that the secret is out: Miku is one of the hottest spots in town, so make sure to call ahead for a reservation.

Medina – Those dedicated to brunching won’t mind standing in line for these famous waffles. Locals flock downtown from the suburbs to feast from one of the best menus in town. While the Leige-style waffles are our favorite, you can’t go wrong with any of their locally sourced options. Guilt and Company – Restaurant turned leading music venue, Guilt and Company has regular swing and cabaret nights that can’t be beat. For the full experience, pair their live entertainment with unique dishes such as bison, ostrich, or squid. And save room for the red velvet cake for dessert!

Alibi Room – The Alibi Room’s self-proclaimed “modern tavern” vibe makes it a great place to sit back and enjoy a casual pint. With more than 50 beers on tap, sample some of the area’s best local brews while snacking on any of their small plates.

Pourhouse – Located in a building dating back to 1910, the Pourhouse is famous for its 38-foot bar and unique cocktails. As you’re heading out after happy hour, make sure to catch the city’s Steam Clock, which shows off every 15 minutes by whistling steam for the crowd of spectators.

Fountainhead Pub – Although the Westend is known for its dance clubs, people watching from the Fountainhead’s street-side patio makes for an entertaining evening. If you are looking to dance the night away, head to nearby 1181 for a sleek cocktail, Numbers for five stories of fun, or Celebrities for Top 40 hits.

Beach Bay Cafe – We can’t decide what we like better about this spot—the heated patio with English Bay beach views or its chic minimalist interior. Bottomless mimosas paired with artisan eggs benny or a fresh fruit compote parfait make the perfect start to a day of exploring.

JJ Bean – This Vancouver-based coffee chain is more popular than Starbucks around town and known for its bold Americano made with house-roasted beans. The new buzz though is JJ’s cold brew to-go—sold in the perfect carton for a day running around town. 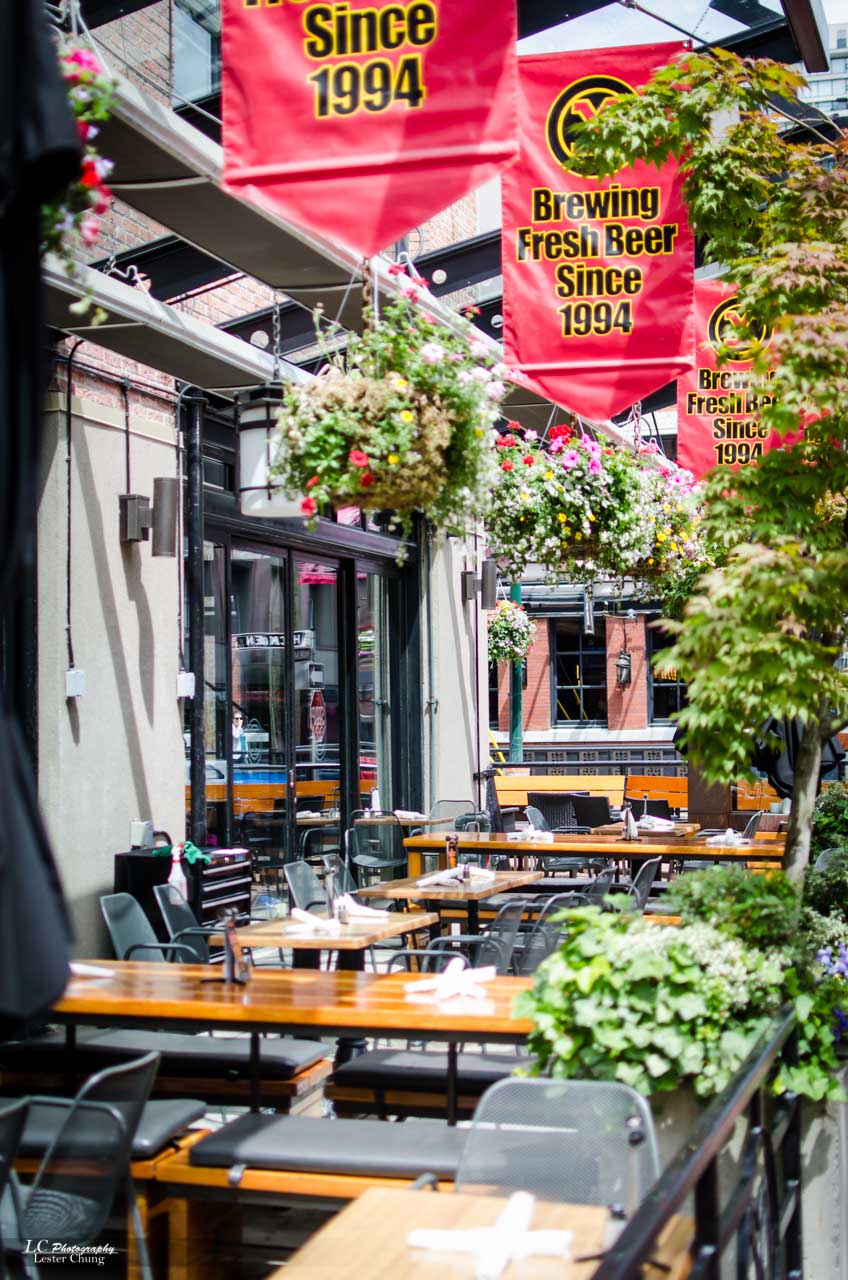 Yaletown Brewing Company – We love the location of this traditional gastropub, which sits on Mainland Street in Yaletown among a dozen other restaurants and bars with heated patios and a young professional scene. Hop from spot to spot, sampling the local brew from each establishment.

Flying Pig – With three locations across the city, the Flying Pig’s Canadian style home cooking is a local favorite. The eatery is known for its three pea soup and large portions, so don’t hesitate to order off of the appetizer menu for your entree! 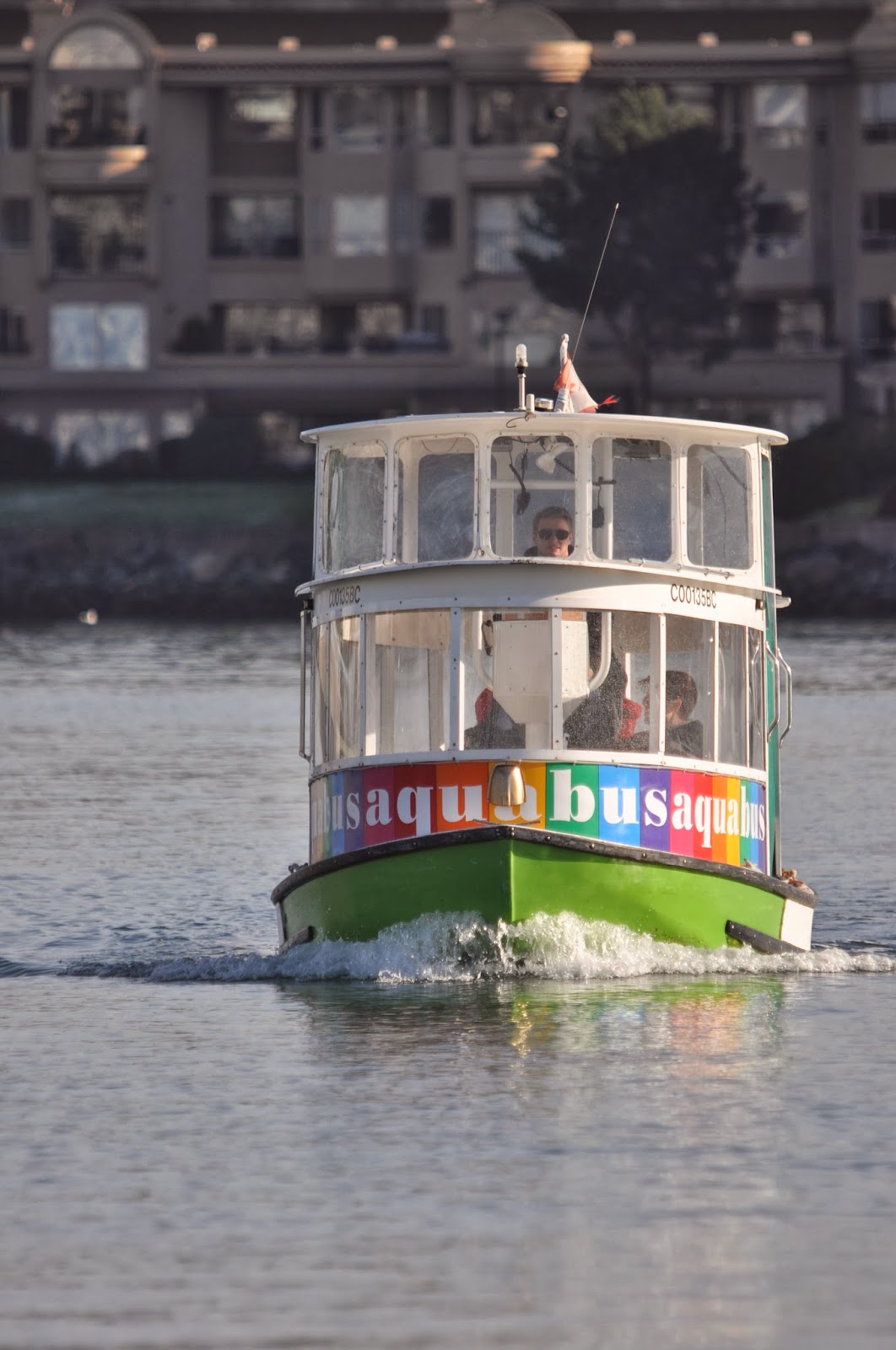 Aquabus – OK, so you can’t eat or drink here, but sticking with the theme of getting the full Vancouver experience, this little boat will take you back and forth from Yaletown to Granville for under $5. The tiny boats zip back and forth between the city and the island, giving visitors a great view of Vancouver from the water. 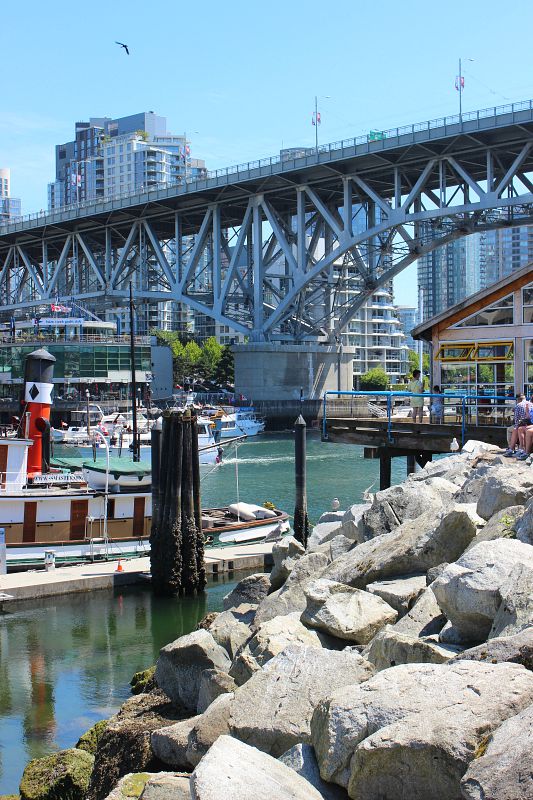 Source: The World On My Necklace

The Sandbar – Nestled under the Grandville Island Bridge, the Sandbar is great for a seafood dinner, lunchtime chowder, or afternoon pint by the fireplace. The space is huge, with more than 300 seats, and all boast waterfront views so make sure to explore before settling in.

Edible Canada – Edible Canada’s farm to table rustic feel and British Colombia fare is the crowd favorite on the island. The poutine, a Canadian dish made with French fries and cheese smothered in gravy, is a hearty portion served in a skillet and perfect to share with friends. On your way out, stop into the adjacent shop for a souvenir for a sample of homemade maple syrup. 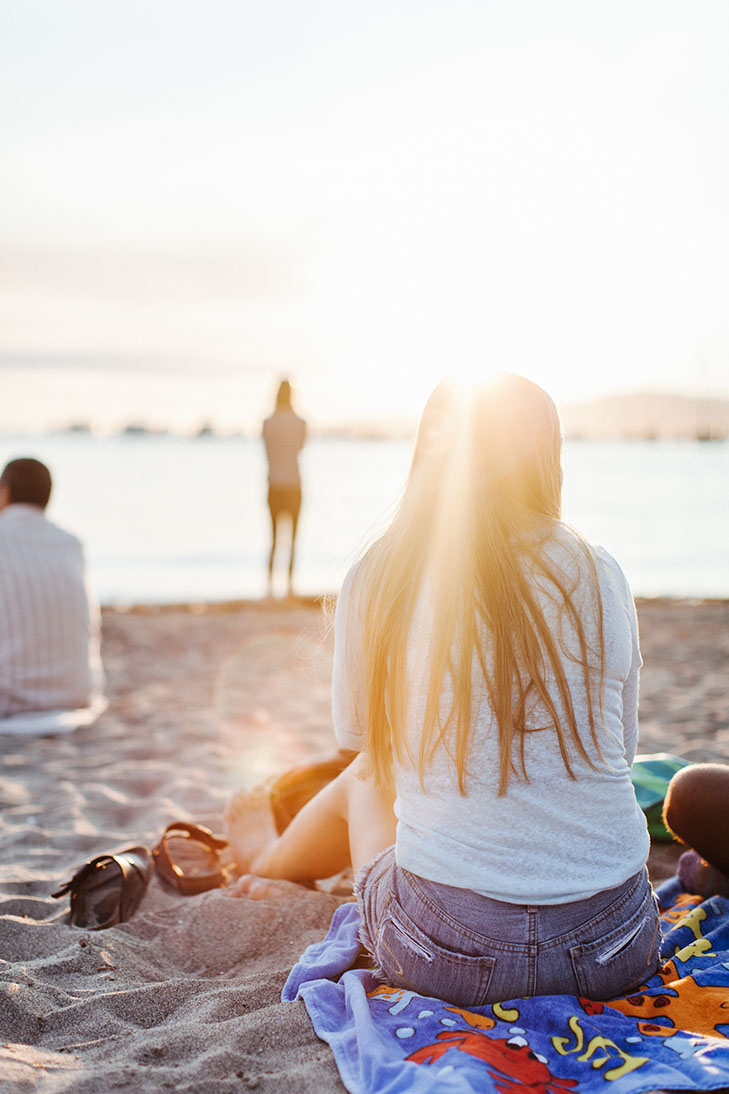 Kits Beach – Located in one of the city’s trendiest neighborhoods, this picturesque beach is a hot spot in the summer. Once you’ve had enough vitamin D, explore the area’s boutiques, cafes, and three museums.

Stanley Park – Stanley Park’s 1,001 acres are located just northwest of the city—almost entirely surrounded by water. The 800-year-old Hallow Tree is the most popular attraction in the park, but if you’re visiting when the weather is nice, our favorite activity is renting bikes and taking a spin around the 10K seawall trail that circles the park.

Have you been to Vancouver? Share your favorite spots in the comments below!