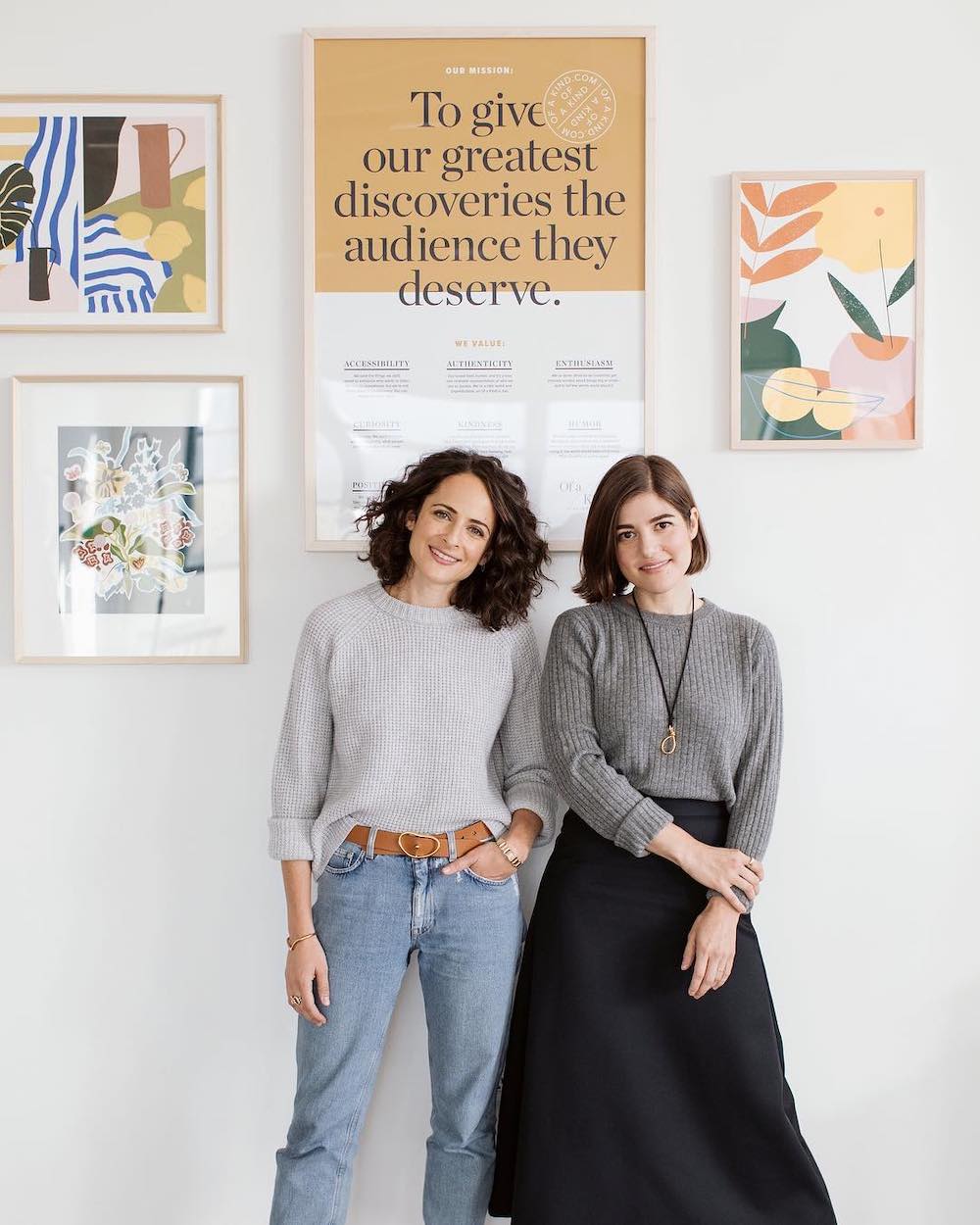 Entrepreneurs Erica Cerulo and Claire Mazur are raising the bar when it comes to online shopping. Not only are these two behind one of our favorite online destinations to find original apparel and art, their journey on the road to founding their company, Of a Kind, will resonate deeply with any young woman with a kernel of an idea and the ambition to lean on her instincts.

We interviewed these two amazing women about the founding of their company, the trajectory of their careers, and an unrivaled meet-cute story that we’re pretty sure will make you think of that ride-or-die person in your life. 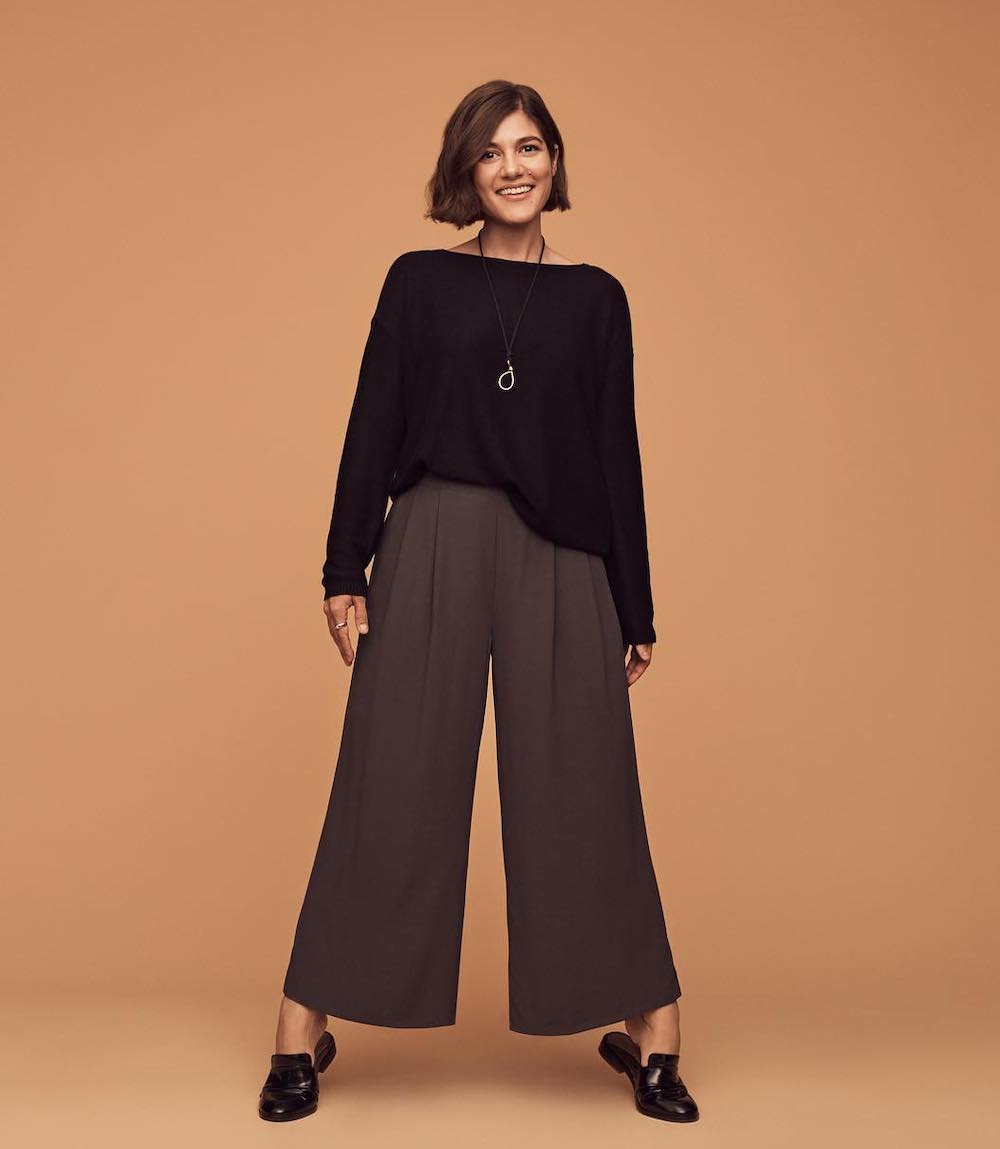 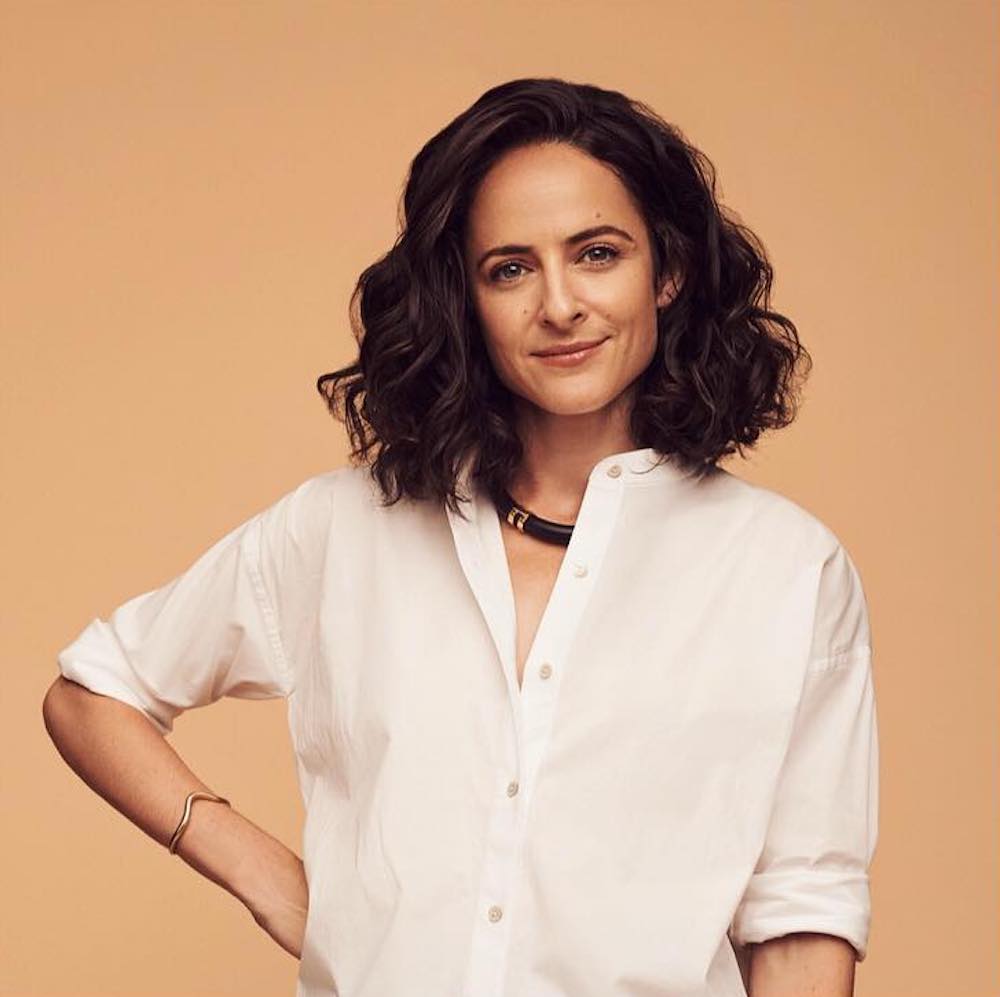 First things first — how did you two meet?

Erica: We were set up on a friend date in the dining hall at the University of Chicago. Meet-cute gold, right?

How did each of your respective careers begin?

Erica: I moved to NYC after graduation without a job to pursue magazine editorial — which was a risk-taking move that felt very not me! I worked in retail for a few months before landing a full-time assistant role at the men’s magazine Details working with some of the very greatest people.

Claire: I knew I was interested in working on the business side of a creative field, so after college I went straight into grad school and did my Master’s in arts management. During that time I became really fascinated by the way the internet was giving emerging artists a new way to exhibit and market their work. Ultimately, that interest became a big part of what led us to the idea for Of a Kind.

How did your careers converge? At what point did you know it was time to go into business together?

Claire: I had the seedling of the idea for what would eventually become Of a Kind on the subway ride home from work one day, and I can still remember racing home to my apartment because I needed to email Erica about it. We were the type of close friends who talked a lot about our careers and our professional and academic interests, and we’d also discussed our shared desire to start something of our own one day. It just made sense that this was something we’d explore together. She wrote back to that first email immediately, building on the idea and adding new ones of her own. After a frenetic digital back-and-forth that evening, we met up the next day during our lunch breaks at a coffee shop halfway between our two offices to discuss it in person.

We were the type of close friends who talked a lot about our careers and our professional and academic interests, and we’d also discussed our shared desire to start something of our own one day. It just made sense that this was something we’d explore together. 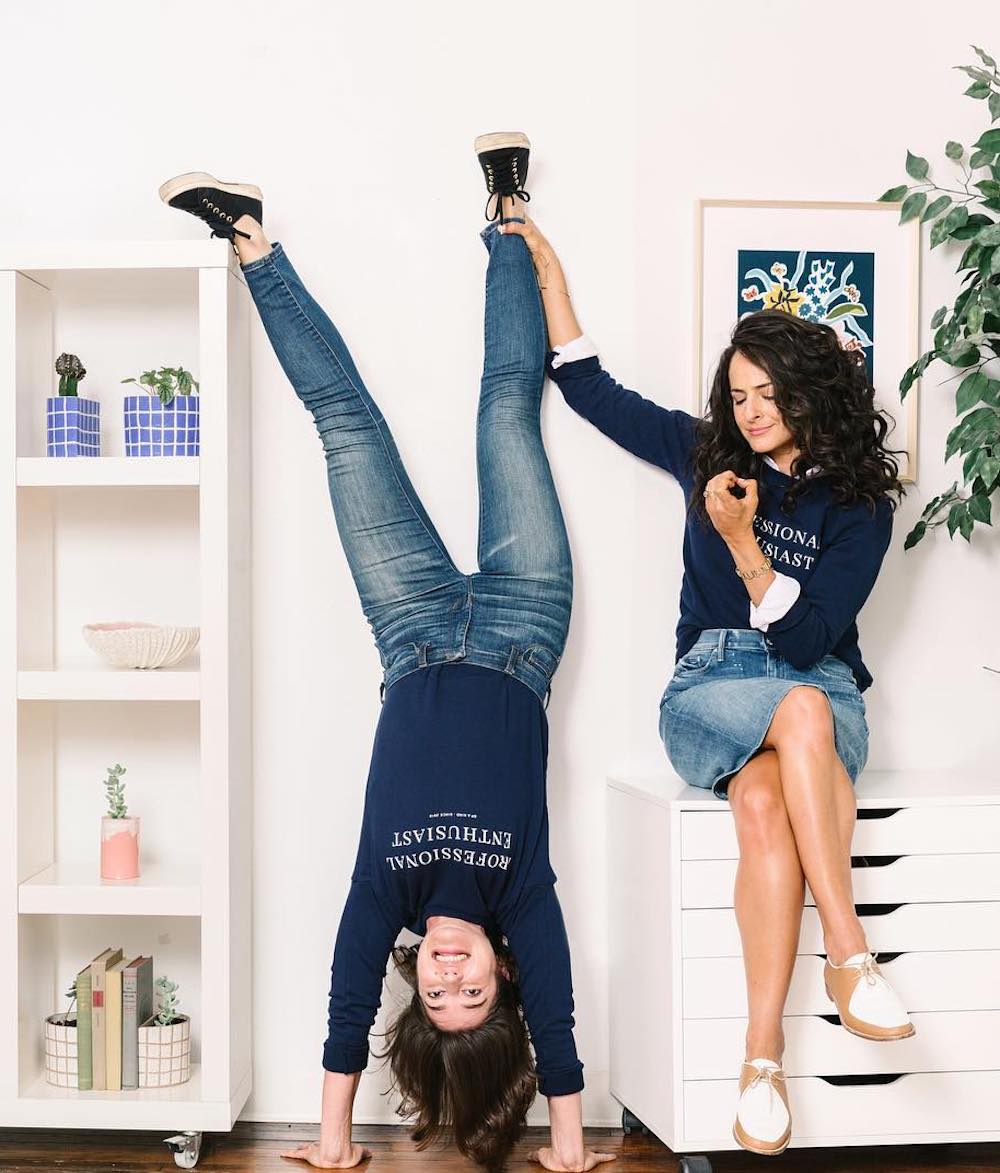 Tell us about your company, Of a Kind.

Erica: We started out commissioning limited-edition pieces from emerging designers and releasing them in conjunction with stories about the designers. That’s still a core piece of our business, but in the eight years since we launched Of a Kind, what we do has evolved and expanded, and we like to say that the aim of the site and all that we do is to give our greatest discoveries the audience they deserve.

How did you turn Of a Kind from an idea into the incredible company it is today? Walk us through the trajectory of Of a Kind’s early days.

Claire: We were really structured and a little academic in the way we went about the early days. We signed up for an online class in marketing and committed to meeting after work two days a week in an unused conference room at my office. We also steeped ourselves in a ton of shared documents and spreadsheets that we were working on even when we weren’t together — I honestly don’t know how we would have started our business without Google Drive.

We also sent out a ton of cold emails and started telling everyone we knew what we were doing. That willingness to put ourselves out there in that way was how we found many of our early supporters and collaborators. When people can tell you’re serious and enthusiastic about something, they feel inspired and compelled to help. 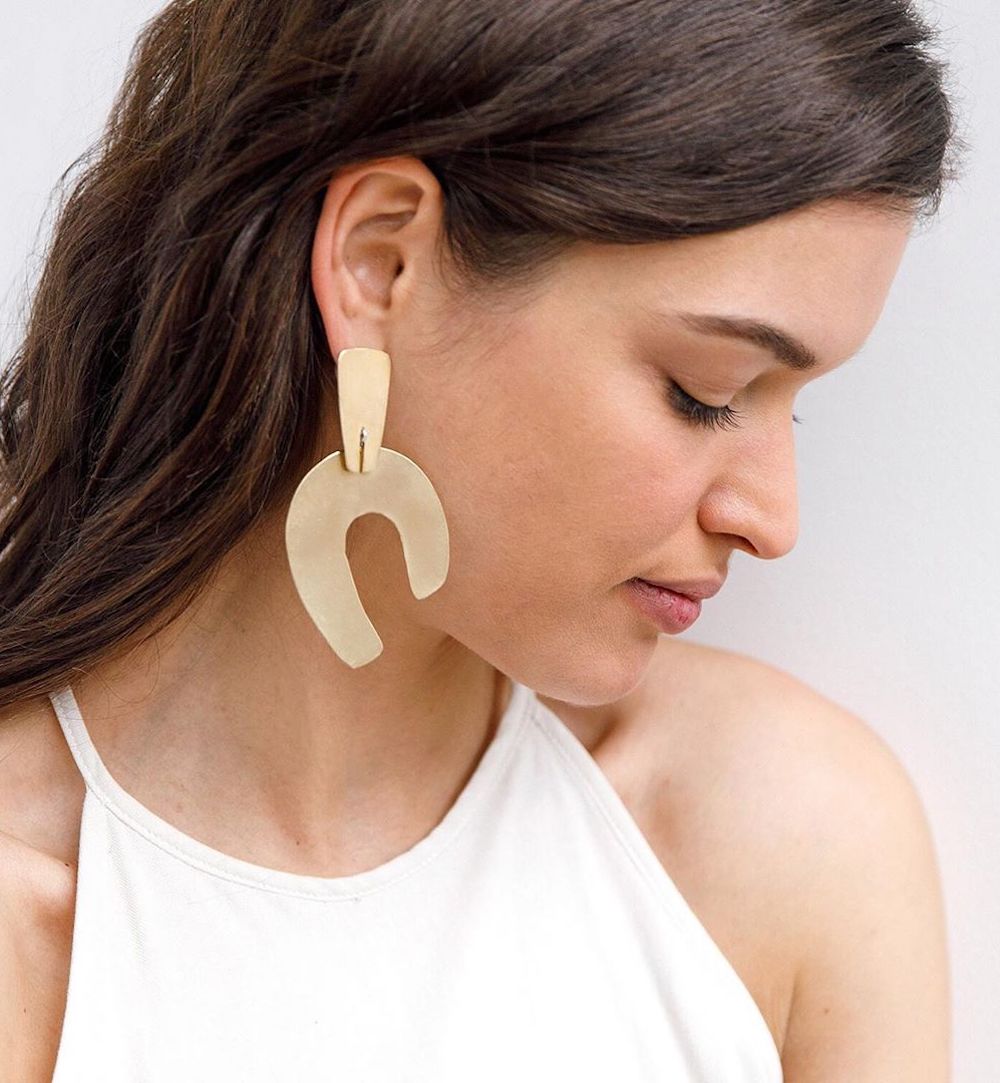 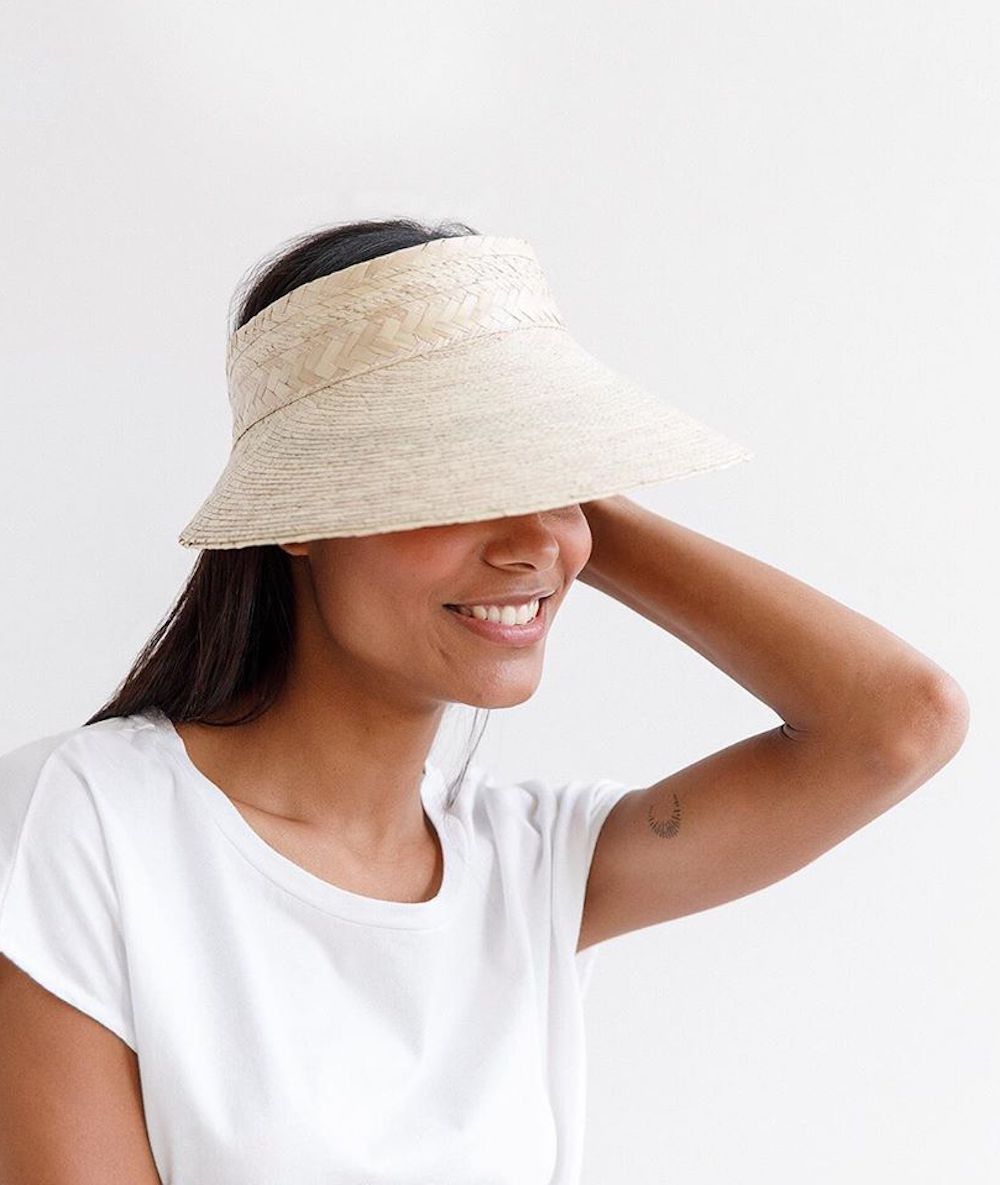 When people can tell you’re serious and enthusiastic about something, they feel inspired and compelled to help. 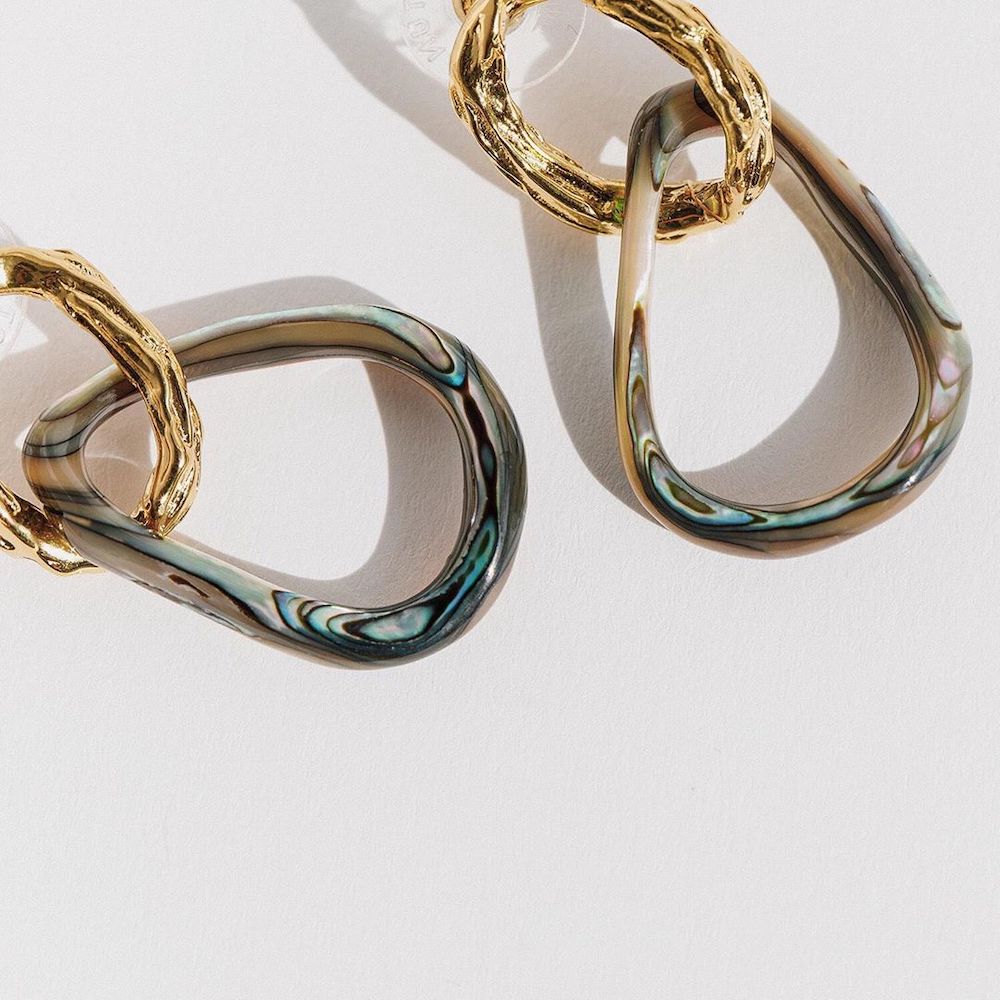 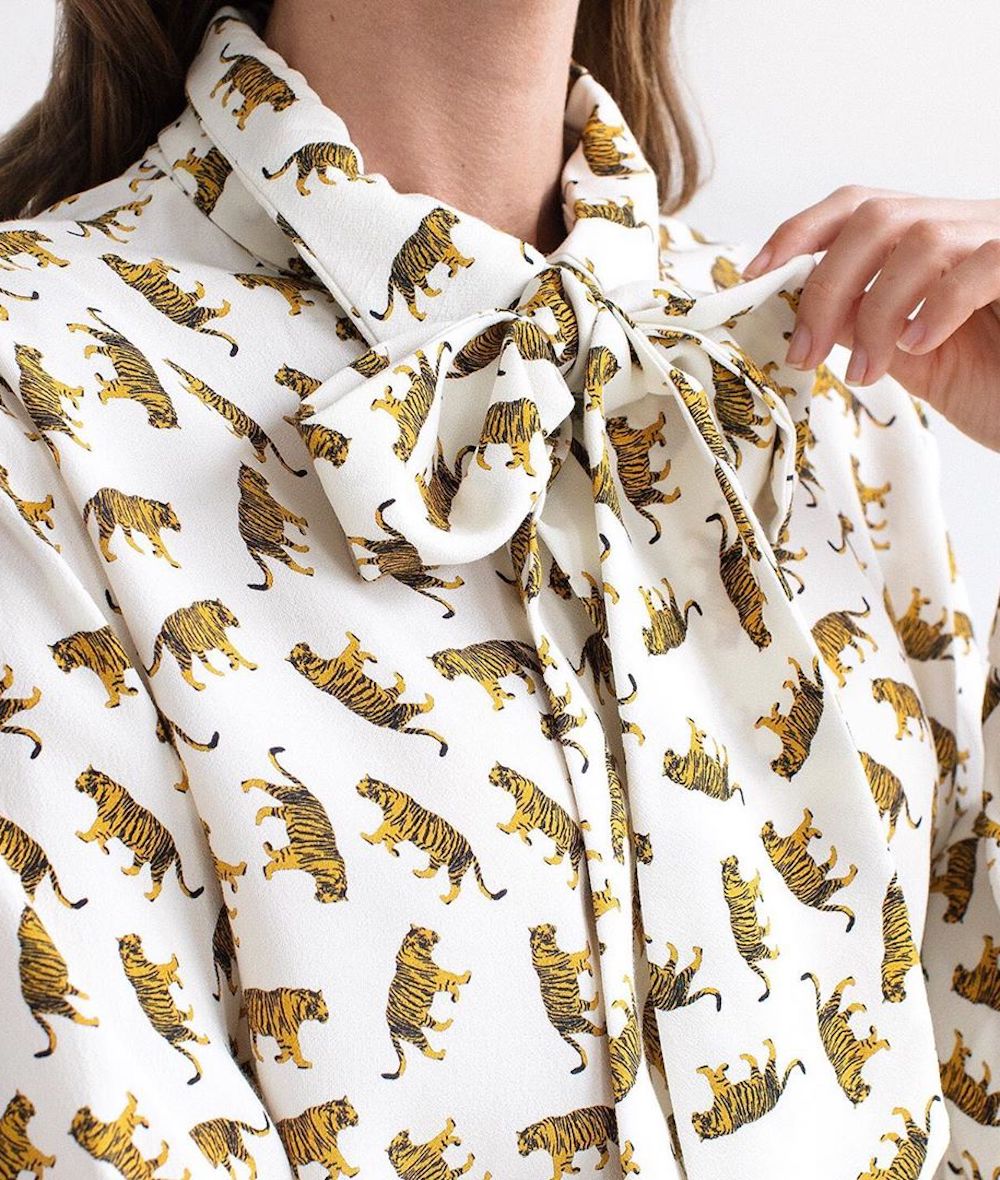 What entrepreneurship lessons have you two learned together? Are there any lessons you still feel like you’re learning today?

Erica: One important one is that we’ve learned to build the business that we want to see in the world. In the early days, it was easy to get sidetracked trying to meet the expectations (or perceived expectations) of investors, business editors, you name it, but we’ve gotten much better at ignoring that noise. And, um, we’re definitely still learning! All the time! Managing is especially hard, if you ask us.

Not only is Of a Kind a brand and website, but you also have a newsletter and podcast. How did you know it was time to expand into these other avenues?

Erica: With both of those things specifically, we really just went with our guts. We didn’t wring our hands or hem and haw — which we did for plenty of other initiatives we tackled! That authenticity shows through in the execution of the newsletter and the podcast — at least we hope. 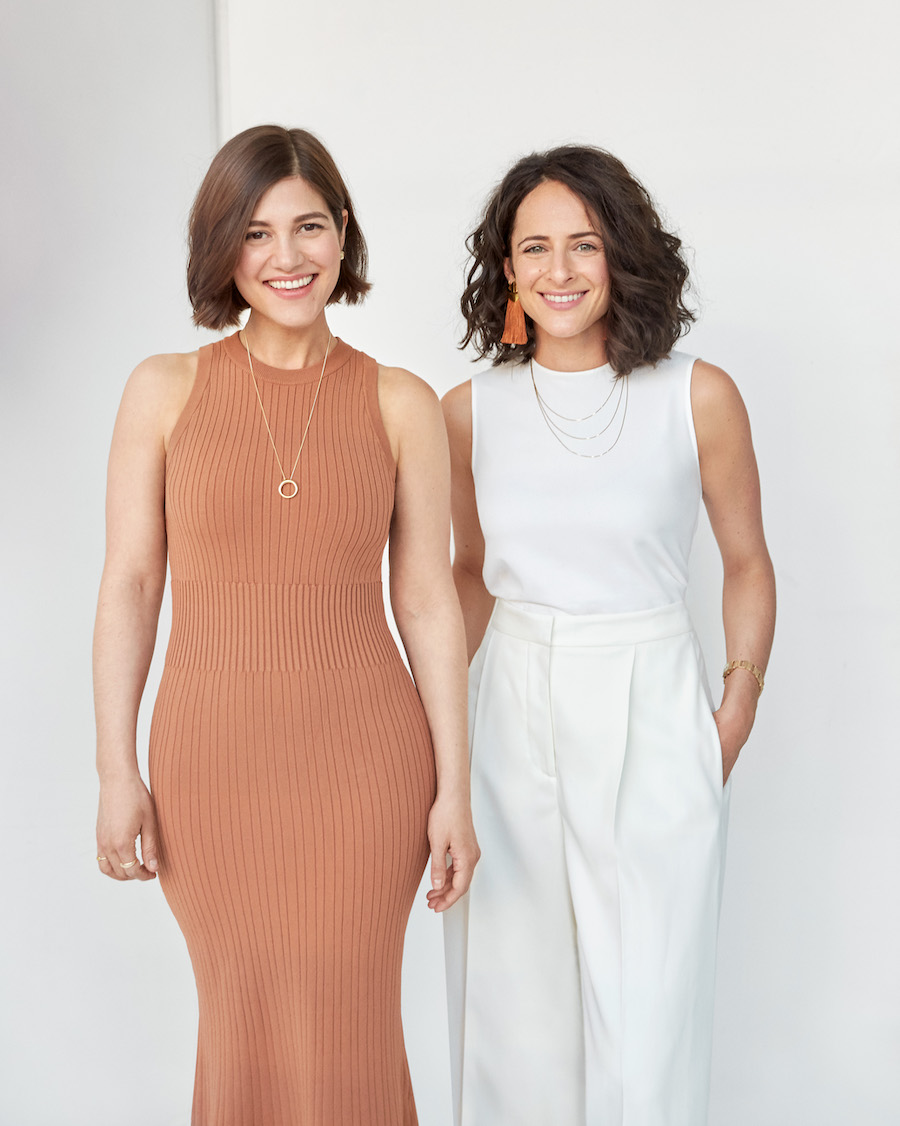 Walk us through a typical workday for each of you.

What’s your best advice for friends going into business together? What would you say to any business partners looking to hear some words of wisdom?

Claire: Take the partnership as seriously as you take your friendship, and vice versa. By which I mean: work on both.

Talk about how you’re feeling about both, candidly. Dedicate time to them as two separate things — sometimes you just gotta go see a bad movie together and not talk about finances.

Other times you have to sit down and do the hard stuff like divvy up responsibilities in a spreadsheet and discuss how you’re going to hold each other accountable. 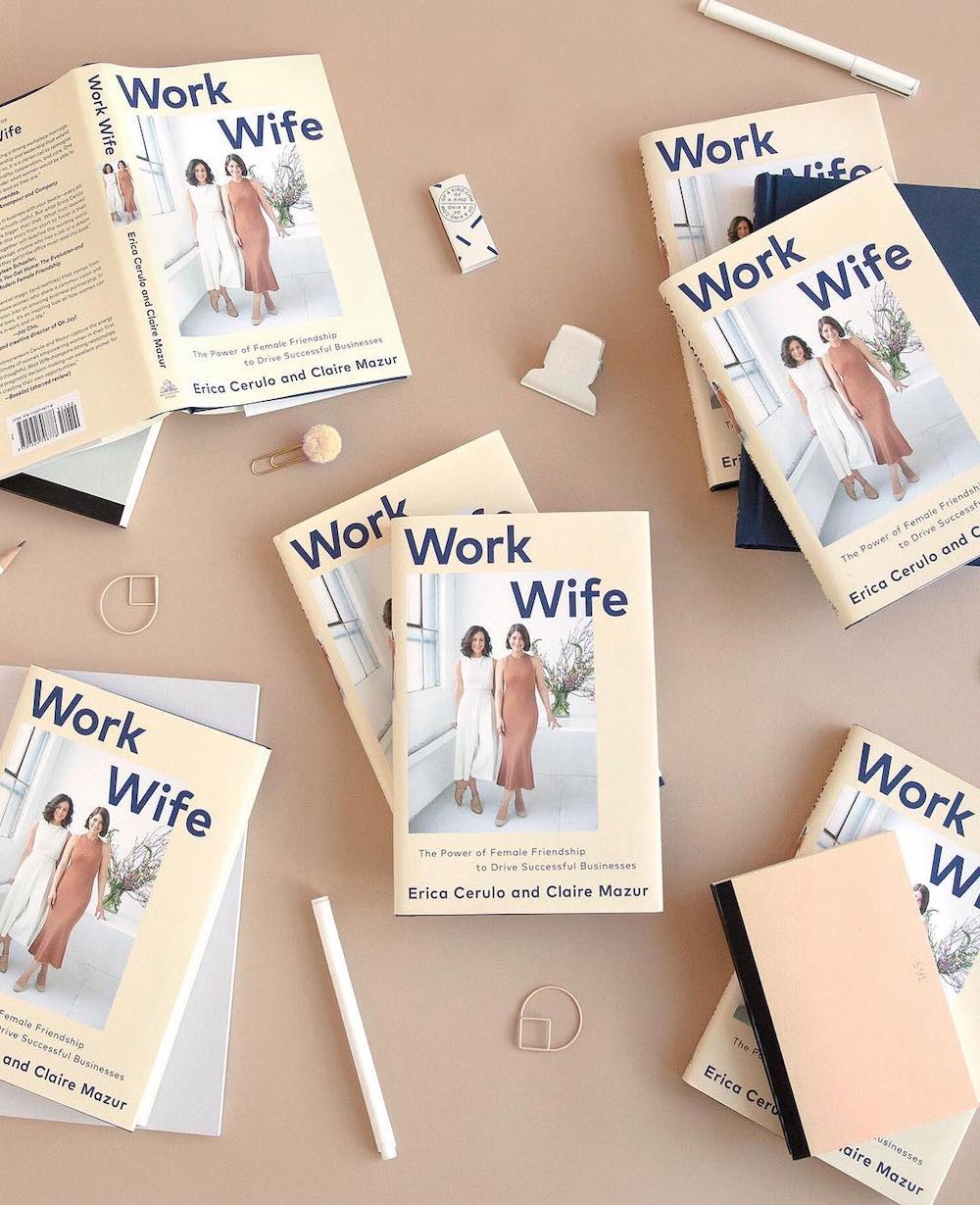 Speaking of your advice for women in business together, you two wrote a book, Work Wife. Tell us about it!

Erica: Ah, we’re so excited about it! It’s about the power of female friendship to drive successful businesses. We use our story and experiences to set the stage for topics friends-slash-business-partners have to deal with like carving out roles, learning to fight, and co-managing, and we interview 14 other duos and trios or women about their experiences… which was really fascinating and a little bit like therapy.

Claire: Writing a book is just as hard as everyone says it is. I’ve never gone through the process by myself, but as much as writing it with someone else comes with its own host of pain points, I felt very lucky to have a partner in the process. The most challenging part by far was getting through the first draft, and what everyone says about that is true: just get it out.

Even if you think it’s terrible, just get it all down on paper so you have something to work with. The first draft isn’t supposed to be perfect — or even close to it! 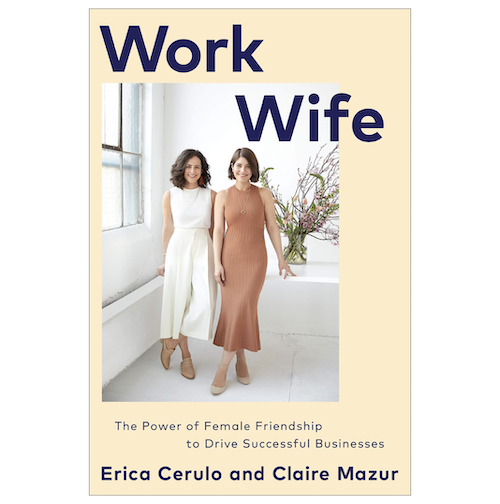 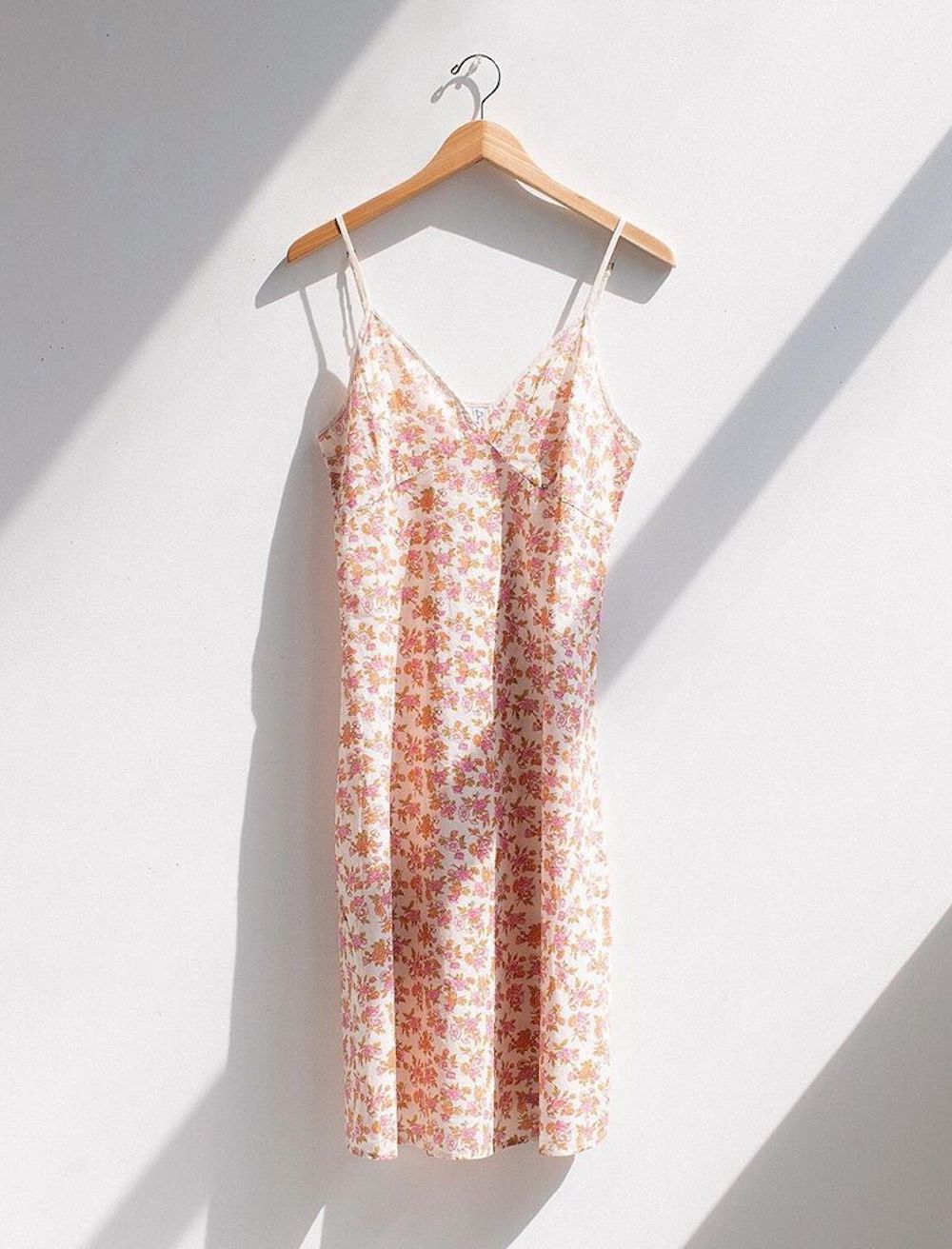 Build the business that you want to see in the world. 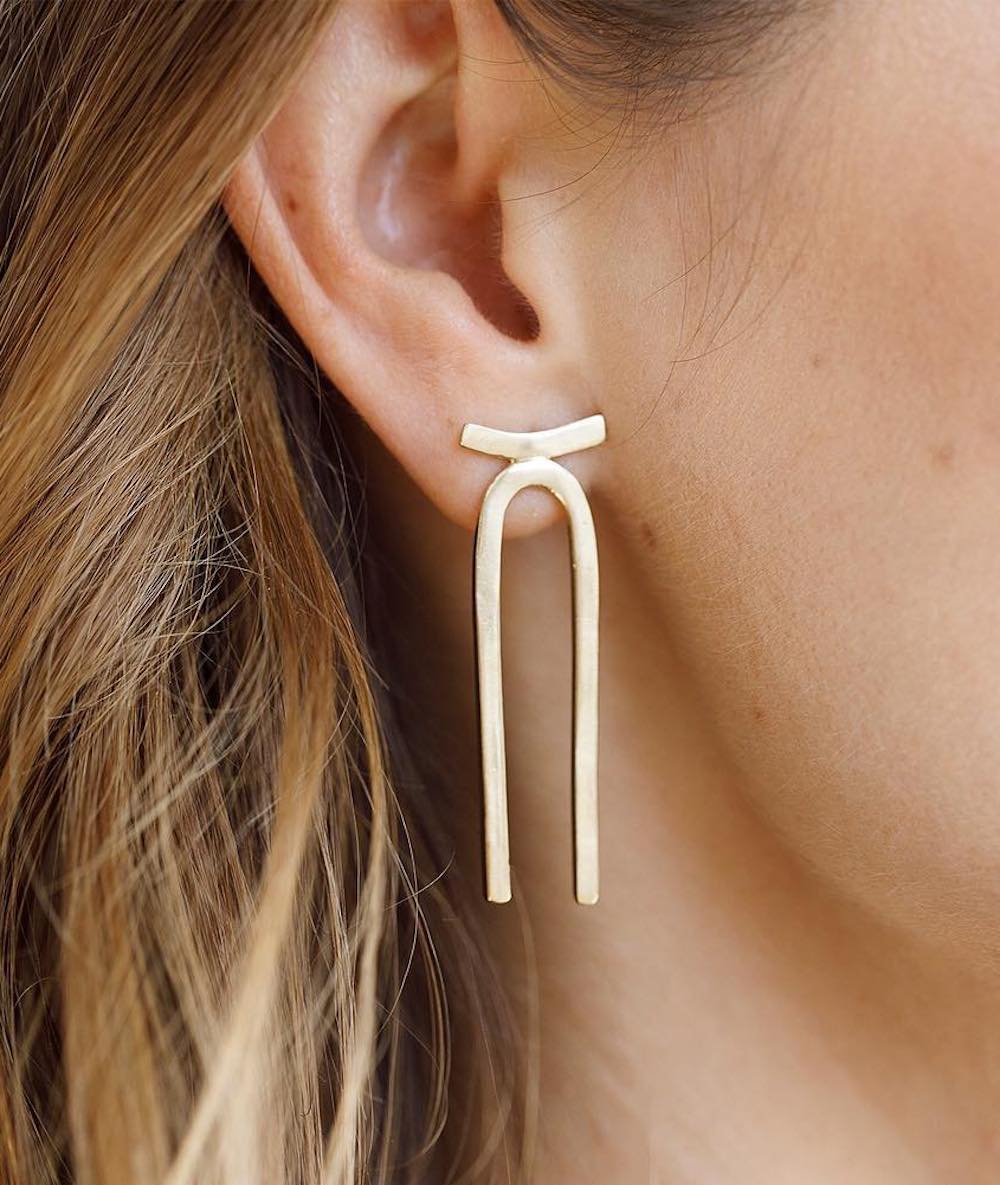 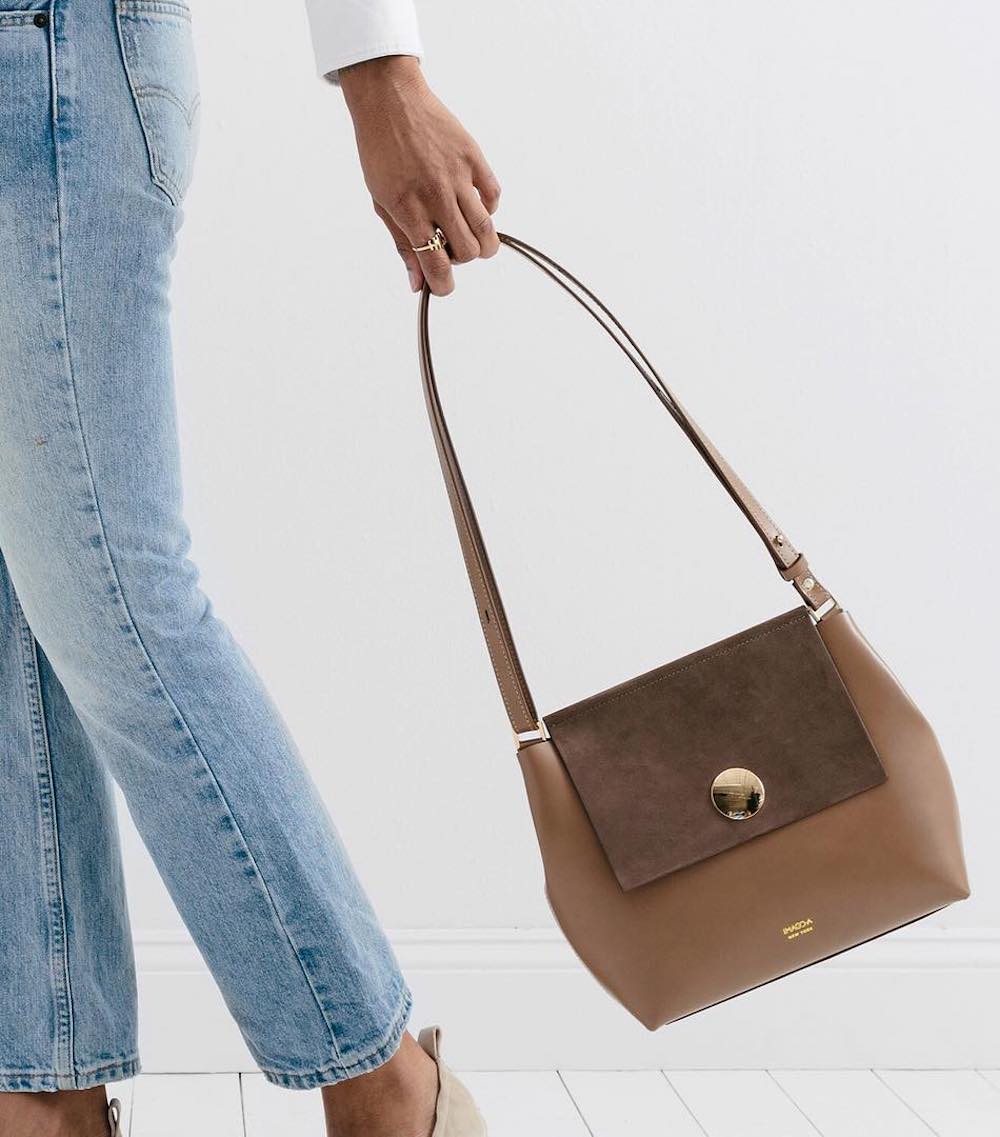 Even if you think it’s terrible, just get it all down on paper so you have something to work with. The first draft isn’t supposed to be perfect — or even close to it! 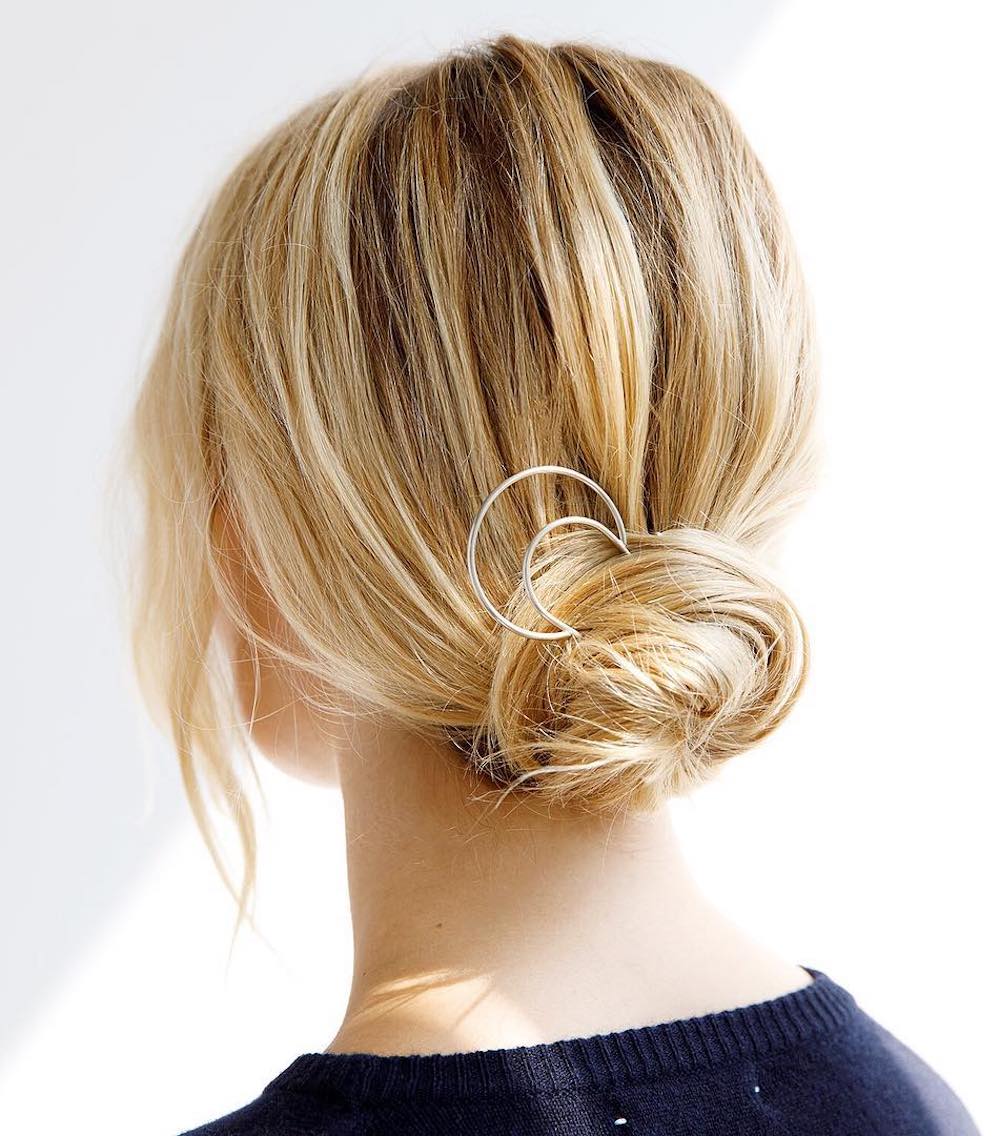 What advice would you each give to your younger selves?

Claire: Get outside and exercise — it’ll do wonders for all that anxiety you feel so paralyzed by.

Erica: Your first job is just your first job. I think people get really hung up on figuring out what they want to do with The Rest of Their Lives at 22 when really they just need to wrap their heads around what they’d be excited to take on and learn from for the next few years. 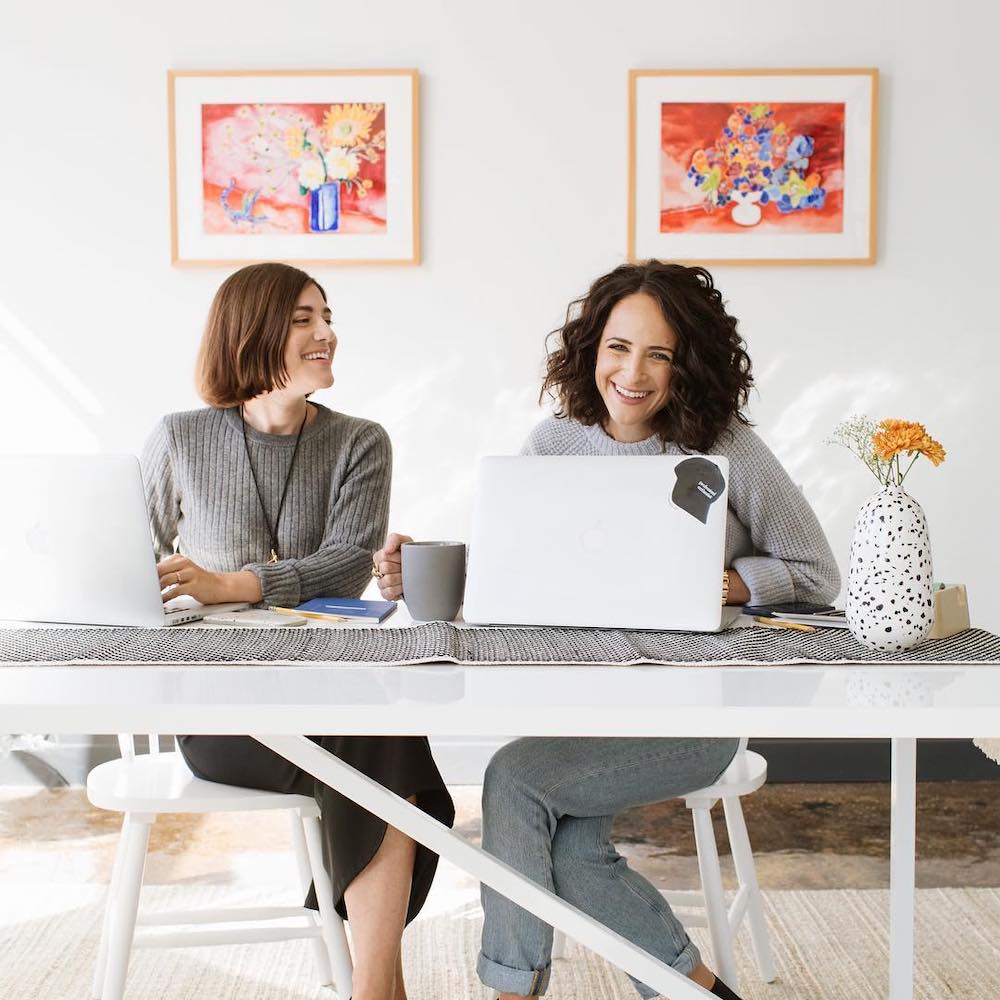 Erica and Claire are The Everygirl…

Last book you read?
Claire: Like a Mother by Angela Garbes. As soon as I was done with it, I shoved it in my husband’s hands and urged him to read it, too — it’s critical information about the science of pregnancy and childbirth that just doesn’t get shared widely enough.

Erica: The last book I read and was super into was The Great Believers by Rebecca Makkai. It centers on a group of friends in the midst of the AIDS crisis in Chicago, and though it’s sad, it’s also deeply human.

Mani or pedi?
Claire: Both! In the winter my cuticles will peel and bleed if I don’t keep up with manicures, and it’s just gross. This stuff helps a whole lot in the in-between.

Erica: Pedicure! At Tenoverten if possible and with their very exceptional Carmine polish.

All-time favorite movie?
Claire: Oooh that’s a tough one. Dazed and Confused and Empire Records were both very formative for me in high school. I remember feeling so sad after watching them because it seemed tragic to me that my life didn’t look more like what was happening on the screen.

Erica: Charade, which is the only Audrey Hepburn and Cary Grant movie, even though it seems like there should be about a dozen of ‘em.

Any pets?
Claire: Not a one. I am a somewhat neglectful aunt to Erica’s bunny, though.

If you could have lunch with any woman, who would it be and why?
Claire: Hm. Melania Trump? I just have so many questions for that one.

Erica: Serena Williams. I assume, based on her social media, that we would eat tacos.