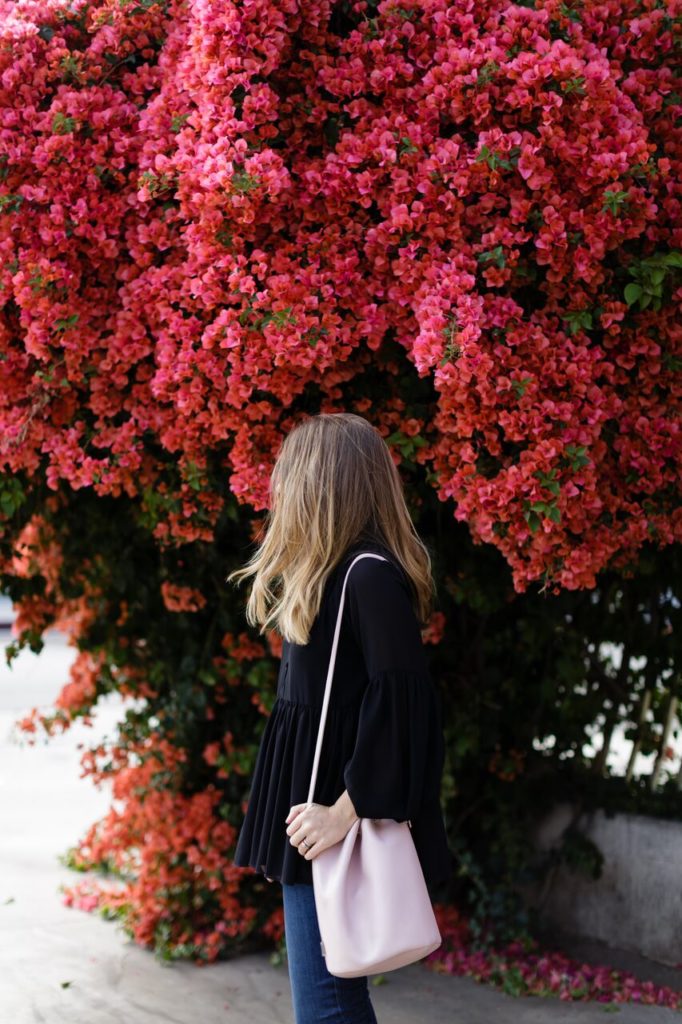 As the managing editor of Rue magazine, an online fortress for stylish living, L.A.-based Kelli Lamb has a keen eye for good design – décor, clothing and otherwise. But a few years ago, pre-Rue, deep down the rabbit hole of fast, cheap fashion, Kelli decided to take a clean break from shopping. She gave her credit card a rest and committed to an entire year of no new clothes, no new accessories. Megan McCarty of Wit & Delight chatted with Kelli to discuss why she did it, what she learned and how the year has affected her buying habits now.

A few years ago you decided to take an entire year off shopping – no clothes, no accessories. Tell us everything. First off, why?

I was actually looking for a blog topic. I was living in Boise, Idaho and working at a health and fitness website. I desperately needed a creative outlet, so I started a blog! However, I didn’t find my life exciting enough to blog regularly, and I wasn’t yet familiar with style or design blogs. So I’d sit down and realize I had nothing at all to say about my boring life. I decided that a structured topic would help me find things to write about and encourage me to continue writing as often as possible.

Before the year began, what were your shopping habits like?

Keep in mind, this was 2010 and I was a 22-year-old with little responsibility. I would be invited to a birthday party, and stop at the mall the day of the event to buy something to wear that night. I would buy things at Forever 21, the sale rack at Urban Outfitters, and then discount stores like Marshalls and T.J.Maxx. It was very much a mindset of cheap, fast fashion. I would think, this party is at a sushi restaurant and we’re going dancing after, so I need a black dress and heels. I would never look in my own closet. I don’t know that I spent a ton of money, because at that time I had little to no money, but I bought a large volume of super cheap things that would be donated to Goodwill within a year.

How did you prepare for your year of no shopping? Did you organize your closet, stock up on basics or indulge in one last hurrah shopping trip?

I had been on a trip with friends in Las Vegas for spring break just a few weeks before the year began. We spent a day shopping – there was a J.Crew sale and I went to Madewell (Boise didn’t have one!) to stock up on basics. However, it wasn’t much of a “hurrah” – the idea of the blog was still just an idea. If I were to do it today, I’d have bought a great pair of jeans, high quality white and gray tees, and a few good pairs of yoga pants. Then, I went in blind!

You told everyone you were doing this: friends, family, followers. You posted about it on social media, sent emails, wrote blogs. What was the motive behind talking about it – encouragement, accountability, the embarrassment of failure?

Public accountability is key to success with a challenge like this. Had I not told anyone, I would have made it a few weeks, found myself in a store facing a great deal, and thought, “Wow, that was a dumb challenge. I’m going to buy this dress.” But because I had so loudly declared my goal, it would have been humiliating to quit. I really didn’t want to be that girl who said she had a goal and didn’t follow through. It sort of seeps into other areas of life, you know? I didn’t want to have the reputation among friends or colleagues that I never followed through. (Perhaps it was to make up for the time I told my entire office I was going to FIDM in the fall.) This was a smaller scale way of proving that I could do whatever I said I was going to do.

We’ve all had those times when we stare at our closet full of perfectly fine clothes and whine I have nothing to wear. Which, to me, means I have nothing to wear with this body, this mood, today. When you buy something new, though, there’s a rush – a total feeling myself vibe – that comes with it. Did boredom eventually set in with your wardrobe and did that ever impact your self-esteem?

That was the most surprising part of the whole endeavor. I don’t remember feeling like I had nothing to wear. I think it’s because I knew, without negotiation, that there was nothing new in my closet. I became more familiar with my wardrobe and what was available to me. I went to an office five days a week and went out on the weekends, so that was seven days of outfits. I became much better at mixing and matching, and wearing everything in my closet. I’m sure there were a few moments where I felt exhausted with my options, but looking back, I remember really putting in that extra effort to accessorize or layer. I could use a dose of that today! 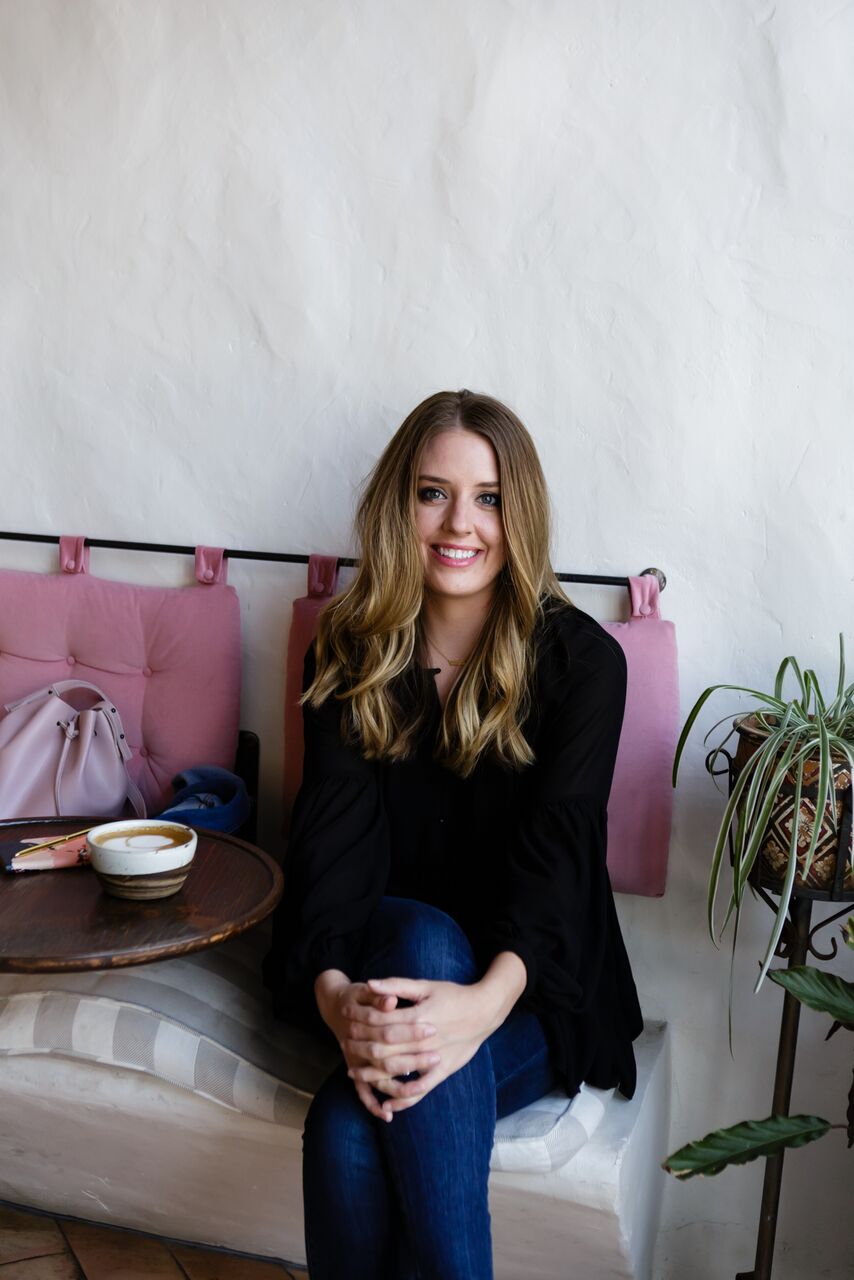 At any point during that year did you think you were going to crack? Any particular moments of weakness you remember?

The most noteworthy moment of the year was actually a major breakup. My college boyfriend and I had moved in together, and broke up before the ink on the lease even had a chance to dry. Given where my life is today, I look back and laugh at that time in my life. But then? Then, it was this gut-wrenching heartbreak and so stressful – we had to live in the same house until another roommate could move in and take over his part of the lease. (Three months, people!) Once, we had a particularly dramatic morning and I needed to get out of the house. I found myself in Anthropologie, thinking I’d just wander for a while, yet quickly found myself in a dressing room with the most perfect blazer. (I still haven’t found one as good as that gem.) I texted my good friend who immediately called and demanded that I get out of the store ASAP.

It’s so crazy how much shopping can serve as a temporary anxiety fix. I thought, “I’ll feel so much better if I just buy this for myself.” It would have ultimately made me feel worse, having failed, but in that moment I was so focused on the idea that I deserved that damn blazer.

Actually, I didn’t save too much money because of the aforementioned breakup. That ordeal ended up costing me a lot of money! I had to pay more in rent than I’d originally planned to accommodate the fill-in roommate. But because I’d saved all that money from the first part of the year, I had a nice nest egg to make up for it. Before the challenge, my savings account was nonexistent. So while I didn’t make it to the other side with a nice chunk of money, I really learned the importance of saving for those emergency moments. I was able to stay in my house without going into debt.

What was the first thing you bought after the year was up? Do you still have it?

The company I worked for gave out vacations to the “employee of the month.” Coincidentally, that was me right at the month my year was up! The vacation was a weekend in San Diego, so my best friend came along and we shopped our hearts out. The only downside is I had no understanding of my new style or what I wanted to buy – I’d been so focused on only using what I had.

I bought some weird stuff. Like, really weird. I think the official first item was a tunic sweatshirt from Juicy Couture that had a tutu-esque ruffle along the bottom. I do not have it. Another from the same trip was a cropped H&M jacket that was covered in little tulle hearts to create a puffy texture. It felt very Carrie Bradshaw. I do still have it, but the tags are on and I’ve not worn it once. Whoops.

Now you’re a little older, a little wiser and perhaps a little more conscious of your buying habits. How do you find a balance between wants and needs?

I still find myself feeling anxious or blue and wanting to buy something to feel happier. But I am more aware of the space that I have and not taking up too much of it. This makes it easier to say, “No, I don’t need that floor-length sequin dress, just in case of a 70s party.” I don’t want to store it! I really ask myself before every purchase if I love it enough to allow it to take up space.

The other thing that became apparent in the year was how easily I’m influenced by sales. That marked-down price could convince me to buy something I normally wouldn’t. So I try to keep that mentality in place now and ask, would I buy this if it was full price and money wasn’t an issue? The answer is usually no. 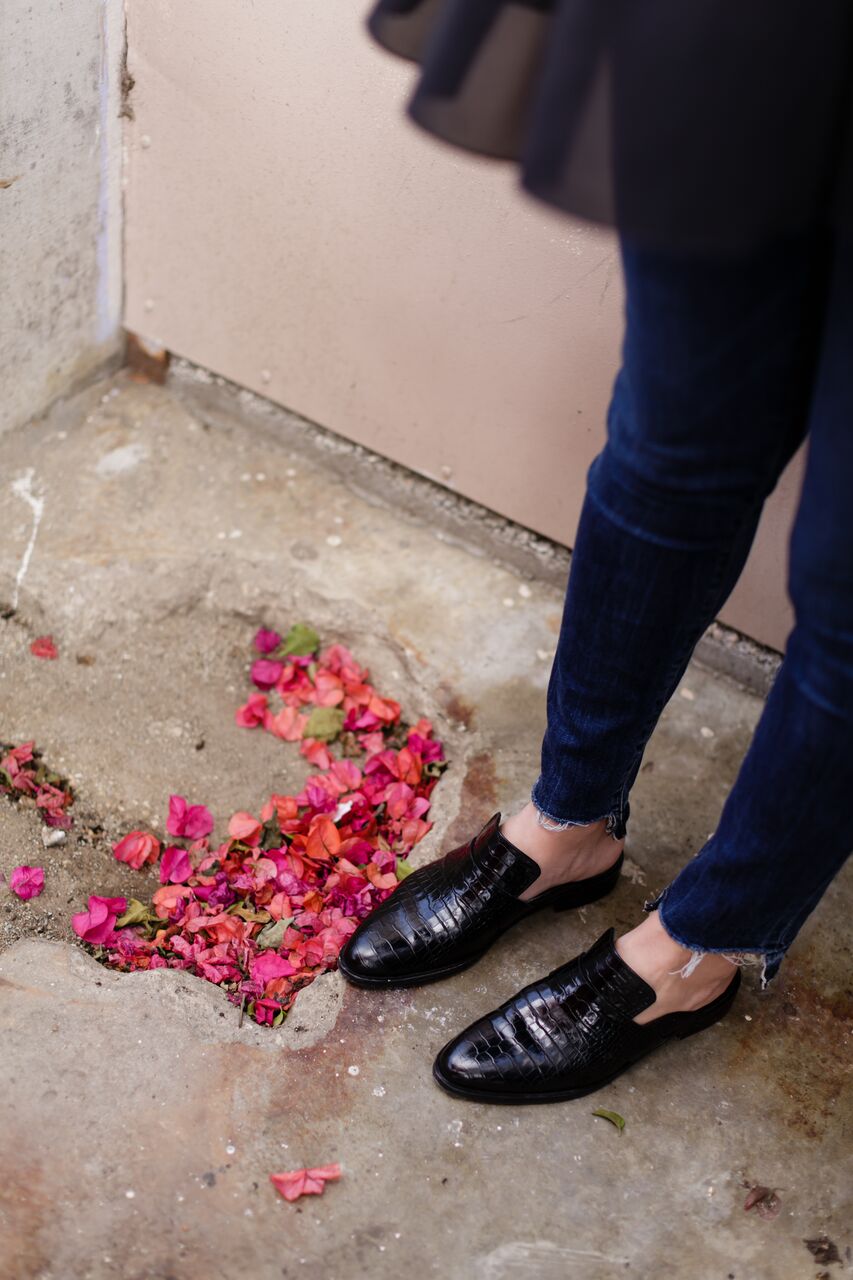 Through your professional life at Rue magazine, you’re constantly surrounded by gorgeous goods made by the best of the best designers. Has that knowledge of and appreciation for interior design translated to your style and shopping habits at all?

Interesting that you bring that up! Around the time I started the blog, I just didn’t know anything about anything. Ha! I was only aware of fashion because that was the way women my age were able to express themselves. (Hello, going out tops.) Instagram wasn’t really a thing, Pinterest was definitely not a thing, and I hadn’t yet discovered my love of interiors. (Hello, hand-me-down bedroom set.)

Now, I am so grateful for the awareness the online community has created. Even if I still lived in Boise, I’d be able to discover designers and makers across the globe. Then, I wore what everyone in my social circle wore. Now, I’m able to find caftans on Etsy that make my little heart sing.

The appreciation of quality, of individualism, has really changed my perspective. I’m not a big fan of blind consumerism. Today I would never buy a $10 sale top to wear only once, nor would I buy a pillow or spoon to use for one Instagram photo. I really have learned the importance of only buying what you love, and treating it like an investment. Not only is it better for your budget, but it’s better for the environment.

Would you ever do it again?

While my gut reaction is heck no, the more I think about it, the more I realize I’d love to do it again! I find myself really struggling with personal style – moving from foggy San Francisco to boiling hot L.A. can really bring confusion to a gal’s aesthetic. So I think that doing this challenge again would really force me to be more creative, and connect with what I love and what I feel best in. However, I have to admit – I work from home now, so it would be much easier this time!

This article was originally featured on Wit & Delight on April 24, 2017

Could you go a year without shopping? Tell us in the comments below!