In the US, we love our romance. We love our rom-coms and happily-ever-afters. The Pursuit of Happiness is written into our Declaration of Independence, and pursuit of a Happy Ending is written into our favorite fairytales. But when it comes to a real-life, no-frills relationship, are we really set up for the best success? We often move away from our families and support systems, we’re obsessed with our phone and our jobs, we constantly have to worry about health care or child care… Is this the perfect picture that our beloved rom-coms paint?

The French, in general, are turned off by perfection, as is seen in their perfectly imperfect style and beauty routines, and as is evident in their relationships. And though love is the same, no matter what genders or cultures feel it, the views and beliefs about relationships can be so varied. In the country that brought us the City of Love, maybe it’s worth noting the aspects about relationships that are specific to France and how they believe true love really works.

In the US, we often have this idea that the person we date should be our best friend. Scrolling through anniversary posts on Instagram (i.e., “Happy two years to my best friend!!! *heart emoji* *kissy-face emoji*!!!”) will clue you in to the trend that intertwines romance with best friendship. I, myself, am a believer in seeking a partner that doubles as a best friend. After all, you spend so much time with this person, shouldn’t it be the person who you laugh with the most, tell everything to, likes everything that you like, and is generally just a good friend? Wouldn’t life be boring if you spent it with someone who was less than your best friend?

But the French make an intriguing point for keeping “life partner” and “best friend” reserved for separate people. For one, they know that mystery is a good thing in a relationship. They don’t go to the bathroom with the door open and they don’t feel the need to tell their partner everything (of course, this is different than keeping secrets, which is never okay, even in the French person’s modern relationship). They don’t have to do everything together, and prefer to have at least some separate interests, friends, and routines. 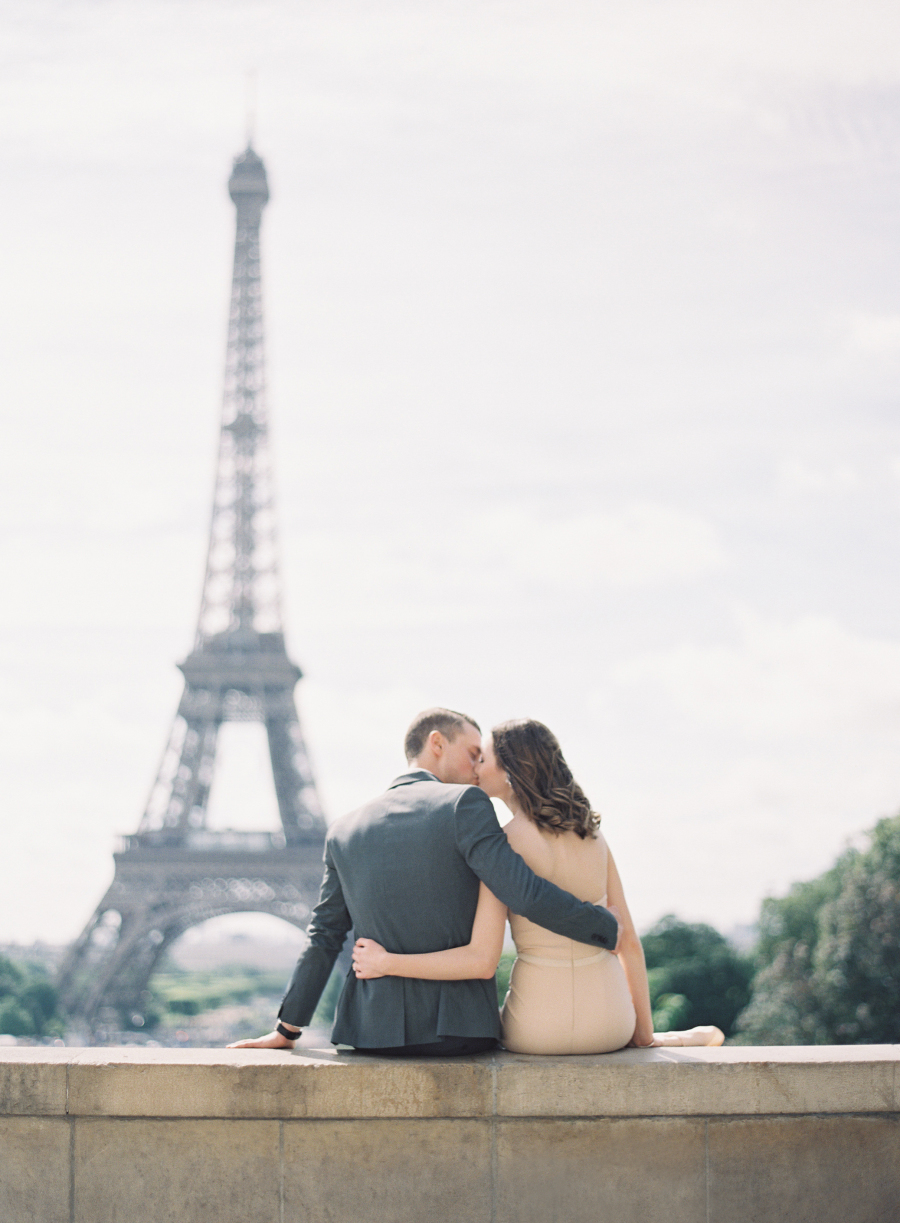 They are happy with themselves before they get into a relationship.

This one may not sound too profound or France-specific; I’m sure your mom and therapist have been telling you this since you were a preteen. But French women are so good at this. They would never even imagine finding fulfillment in a man or a relationship. They make sure to fulfill themselves first, and then find a partner to come along for their journey, not a new life that requires them to give up a life of their own.

Not only do the French maintain their independence when they’re in relationships, but they also always make sure their partner knows they are extremely confident in themselves (even when they’re not). Whether it’s a first date or a ten-year marriage, French women don’t complain to their romantic partners about their growing belly fat, period bloat, or how old they think they look. Whatever (petite) amount of complaining is necessary is reserved for girl friends over a glass of wine. They believe that as long as you tell and show your partner that you’re beautiful, young, thin, etc., this is what they will think of you. And maybe, most importantly, this is what you will think of you too.

Marriage is not the end goal.

Marriage, in general, is built up in the US; the end of all our favorite rom-coms is a picture-perfect wedding. I never fail to sob through the endings of Runaway Bride or The Little Mermaid — even though in one, they ride off into the sunset on horses like the most cheesy cliché of all time, and in the other she leaves her father and friends to be with a man she’s never actually talked to… (I’m a sucker for a good fairytale-wedding ending). We all want to believe that the wedding automatically leads to a happily ever after. We don’t care to know what happen to Ariel and Eric after the wedding because we just assume they are in love forever and everything’s perfect. Ursula’s dead, Ariel has legs, and they got married on an awesome boat — what else could be wrong!?

But even if our hearts are sold on the fairytale, deep down we know better. We know marriage takes hard work and patience and 42% of them end in divorce. And still we buy into this idea that a wedding is the end of the fairytale. But the French know the fairytale goes on much longer than after the wedding bells have stopped ringing, or that wedding bells aren’t necessary at all.

In general, less people are getting married in France. For Americans, a wedding is seen as the natural next step in a relationship where you commit to be together for your life and therefore want to be religiously and legally bound. In France, religion is declining in general, and therefore less people see the need for religious binding. There’s also a rise in civil partnerships, which means a decrease in legal marriages. The French believe a wedding is not everything it’s cracked up to be in the US, and it’s thought more to be one of the many steps in a relationship that a couple may or may not take, more so than a happy ending.

Because of this, when a couple does get married, they do not assume the wedding to be their Happily Ever After. They would never stop putting in the hard work to keep romance alive, married or not, and they don’t get married for the sake of a fairytale ending.

We may expect the country that contains the City of Love to be the most idealistic and romantic, but when it comes to relationships, they’re actually very realistic. It is true that the French are some of the most romantic wooers of the world, but they’re able to fall in love and remain extremely logical.

While Americans are wistfully reciting, “He loves me, he loves me not,” while picking petals off of flowers, the French are saying, “Il m’aime un peu, beaucoup, passionnément, à la folie, pas du tout,“ or “He loves me a little, a lot, passionately, madly, not at all.” This perhaps summarizes the way that the French are taught to think about love from an early age; not in the absolutes of either lifelong love or complete rejection, but in a range of possibilities to what love could be like. Americans are always seeking either happy endings or total closure from a relationship, but the French are comfortable in relationship ambiguity and a range of relationship outcomes from average to passionate.

Dating is free of pressure.

The French don’t really “date” as we think of it in the US. In fact, they don’t even have a word in the French language for a date. The closest equivalent would be rendez-vous, which can also describe anything from a doctor’s appointment to grabbing un café with a friend. A rendez-vous galant (a romantic encounter) is old-fashioned, a little too intense, and rarely used. People meet potential partners in groups and social settings, rather than at one-on-one dinners.

Even when it comes time to spend one-on-one, they’d opt for a casual stroll or to go to a museum; anything that avoids that awkward first-date experience we all know well, which feels more like an awkward job interview than meeting a potential romantic partner. Once this “dating” occurs, it’s pretty much assumed to be exclusive; no need to have “the talk” because exclusivity is implied. One-on-one is a serious step.

Believe it or not, it’s not popular in France to post Instagrams that commemorate monthiversaries or captions on Facebook to let all 1,500 friends know how #blessed they are. In fact, many couples are discreet even in their friend groups and don’t always want to appear as an official couple right away. Secrecy is pivotal to a relationship, and a couple will often define a relationship based on the intimacy that they keep between the two of them.

Personal relationships (and love in general) are assumed to be completely private. Our beloved wedding announcements in newspapers are worthy of shock to the French, as weddings written about in newspapers would only be for royalty or the top celebrities, not everyday people — why would you want a friend, much less a stranger, to know your personal and intimate details? 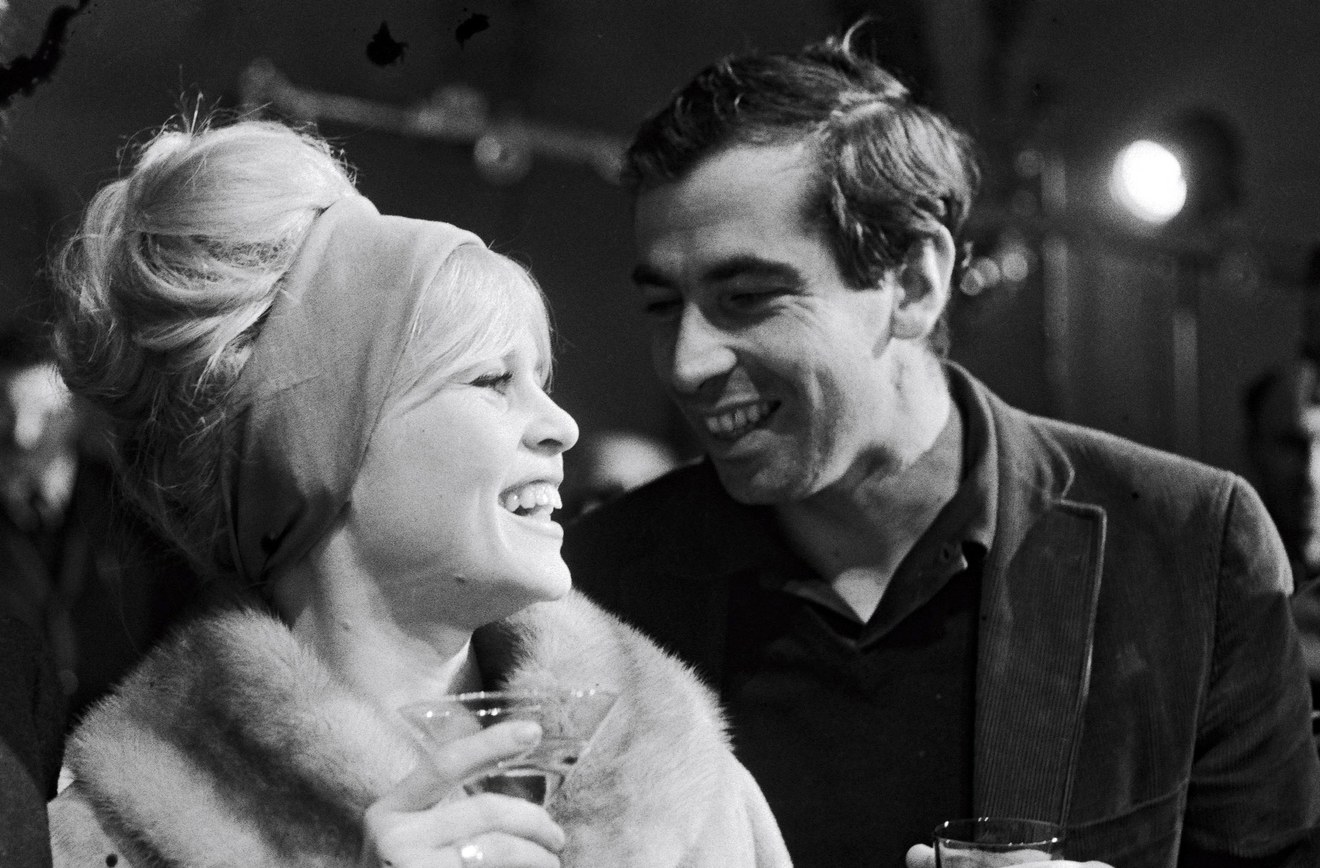 They are never boring.

In Jo Piazza’s book, How to Be Married (What I Learned From Real Women on Five Continents About Surviving My First Really Hard Year of Marriage), she interviews a French woman who says, “It’s work. He still needs to conquer me every day and I need to make him want me every day. I need to put in the effort — and here’s what’s important: I want to do the work.” This summarizes the thought on marriages in France; even the best marriages and longterm relationships require a lot of work. But not just work in mundane things like compromise; it requires work in keeping the relationship exciting —  work to woo, to pursue, to spark desire, and to always be falling in love.

Another woman explains, “When you go out to dinner, put down your damn phone and don’t talk about work or the laundry or the broken toilet. Would a man talk about a broken toilet with his mistress?” In other words, their priority is to keep the romance alive. “Don’t pick small fights; don’t speak of small things. And above else, never be boring.”

They consciously trade in their Happily Ever After for a lifelong commitment of working for the relationship with the person they choose to spend a lifetime with. And maybe that’s what true love really is. Or, at least, what it is en français.