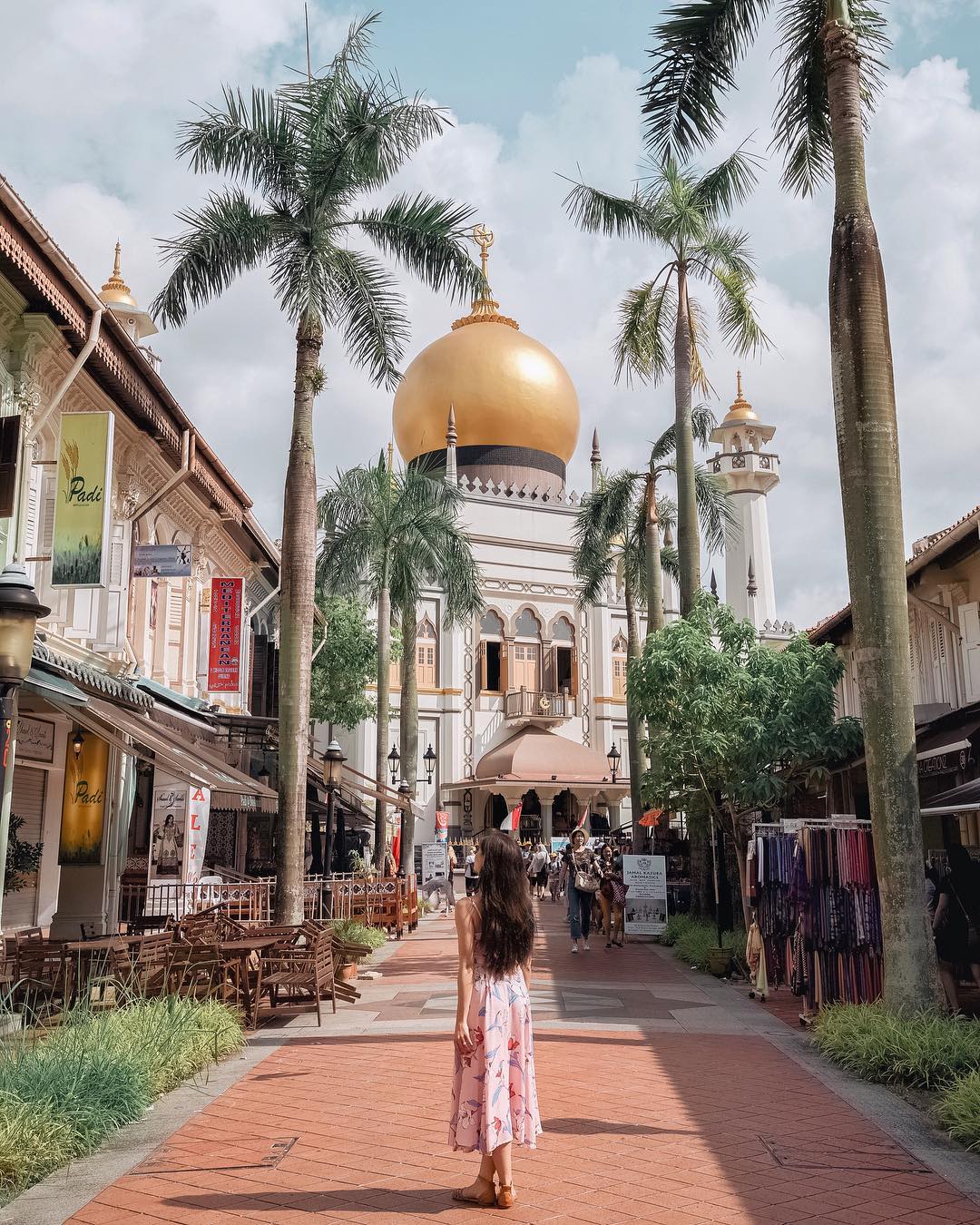 Last week I clicked on the radio in my car and the news anchor’s words caught me off guard: Guam. Attack. Nuclear.

A knot of worry gripped my throat — but when I checked my phone, but there was no message. Breathing a sigh, I listened closer and determined that while there was a threat — serious, yes — there was no missile or warhead or weapon hurtling on its way to the Pacific territory whose jungles and beaches I’d explored just last month.

See, my parents live there, on this island that was directly threatened by North Korea last week. Their house is half an hour from Hagåtña, the capital city (population under 1,500), where journalists like NPR’s Elise Hu traveled to interview locals and military personnel about their reaction to the threat.

When I typed out a quick email to my dad about the news, his response was swift and straightforward: “I am fine, not worried. Worry doesn’t do any good. If something happens with NK, there isn’t much I can do to change it.”

My dad’s off-the-cuff email was a reflection of how he tends to view life anyway, and how my parents, who raised me across cultures and continents, taught me to deal with fear. This life of travel is perhaps their greatest gift to me.

The thing is, whether you’re on Guam or the mainland or traveling internationally, I have learned that the world will always be dangerous. Guam has been threatened before. Unfortunately, Guam will probably be threatened again. I don’t say that lightly — I understand the horrific ramifications of an attack. Like my parents and their friends, whether Chamorro locals or military personnel, I’m not burying my head in the sand and pretending there’s no danger … But also like them, I go on with my life.

No matter where we are, the more we hear about a threat, the more we think it is imminent. But perhaps that’s not true. At any moment you can open your news app and find a million reasons not to venture beyond your own doorstep. But what if focusing on the dangers make us miss out on one of the most life-changing lessons of travel?

That travel can teach us how to not be afraid. 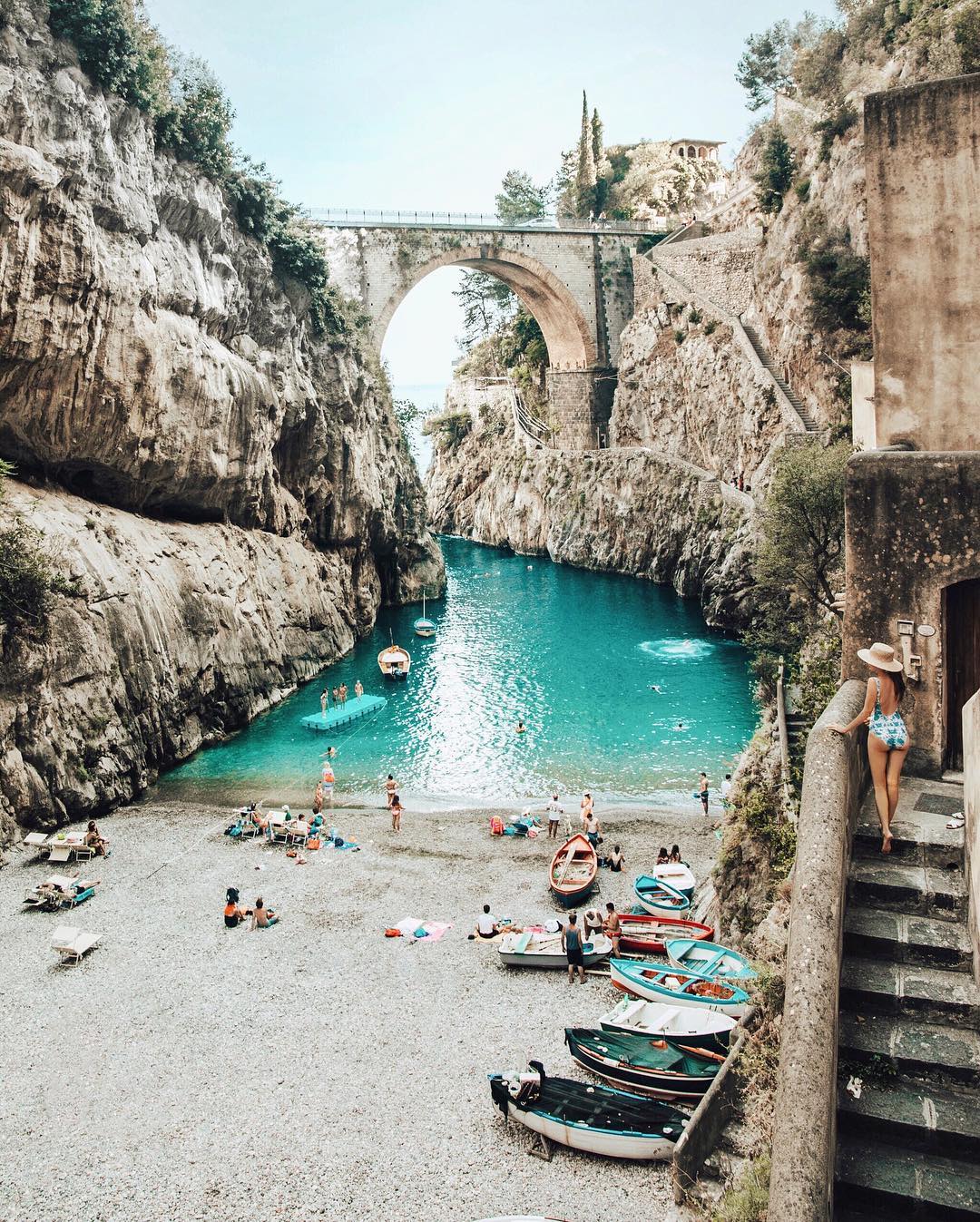 Travel shows us that every place on this earth is its own mix of beauty and danger.

Guam is a picture-perfect paradise. Sandy beaches stretch for miles, guarded by swaying palms and coconut trees. The water somehow manages to be both clear and the deepest blue at the same time. Sunsets wash pastel pinks and peaches over red mud, overgrown green forests and white sand.

Now the world also knows that Guam is an island in the crosshairs of international negotiations that are endangering its people. Even when it’s not on North Korea’s target list, it is full of poisonous spiders, wild pigs and riptide warnings.

Maybe we feel safe when we’re home because it is familiar, rather than because it is truly void of danger. We all know that there are more car accidents per year than plane crashes, but I’ve never met someone more willing to fly than to take a trip to the store down the road.

Cocooning yourself in familiarity is a disservice to the wonderful, brave, empowered person you could become. Rest assured, the world is more beautiful than it is dangerous. 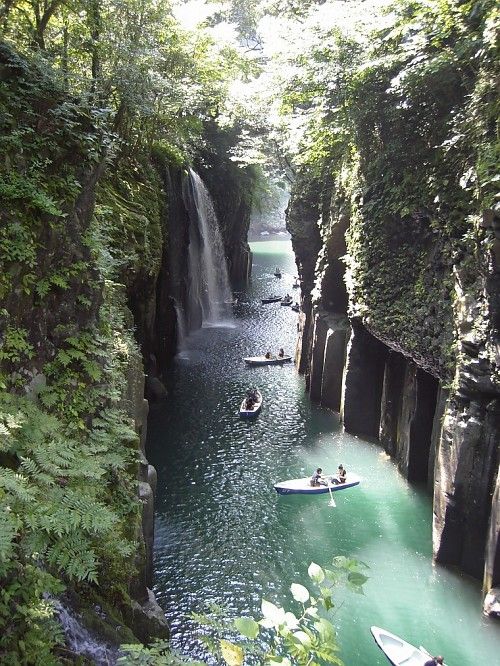 Travel has taught me that I’m braver than I think.

When we venture beyond our geographic limits, we find ourselves stretching beyond personal limits too. Most of the brave things I’ve done have been a direct result of putting myself in unfamiliar territory.

This summer, I thought I was visiting my parents in their Pacific island paradise. I was right; but I also got more than I’d bargained for …

These experiences weren’t especially dangerous, but they are all things that took a bit of courage. And none of them would have happened in my small Midwestern town. 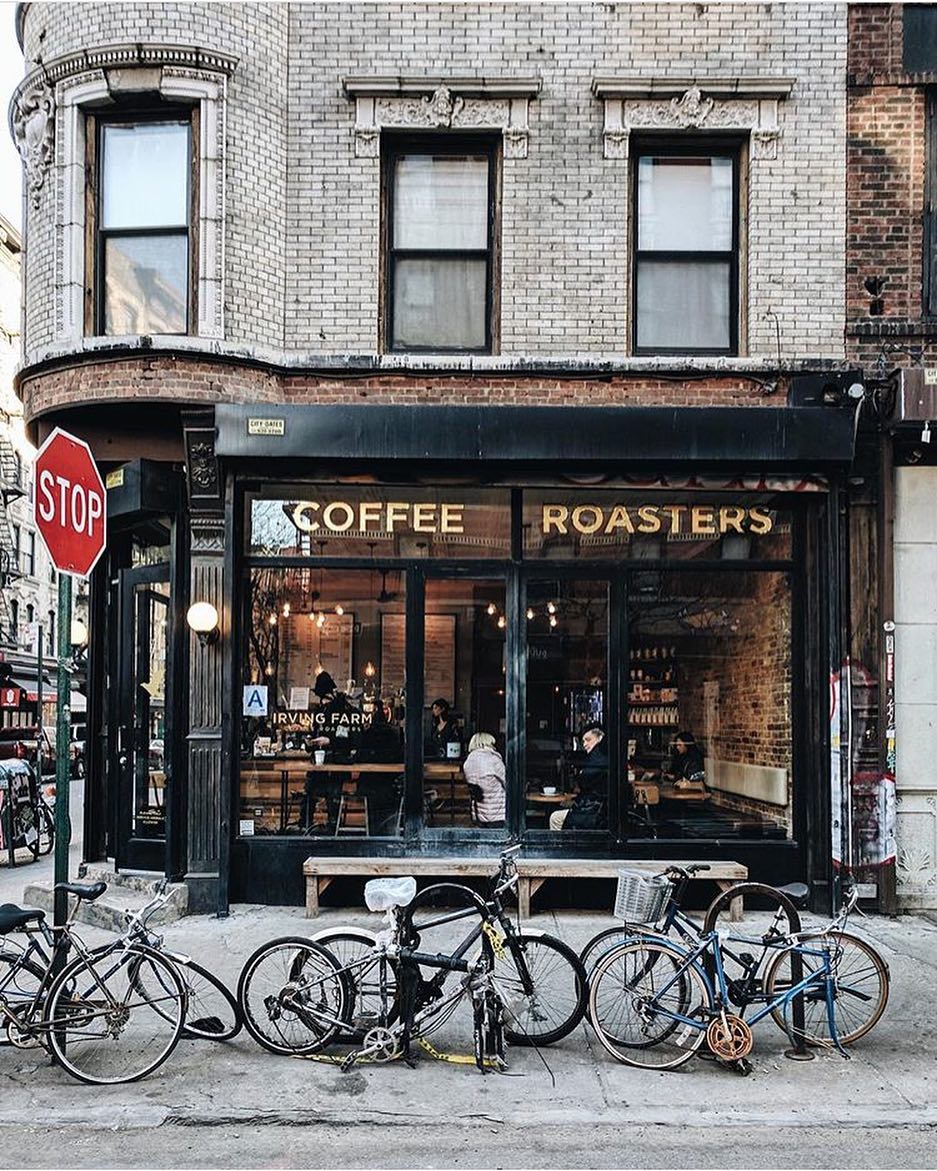 Travel teaches us that, even in in the midst of scary situations, we can learn to live ordinary lives.

On my last day on Guam, I hiked up Mount Lam Lam, the highest point on the island. The first attempt had failed because of a rainstorm, which turned the dirt path to sludge. Standing at an overlook, wind whipping our hair, we marveled at nearly 360-degree views of the island. The Pacific Ocean melted into the horizon on all sides. My mom commented that living on an island doesn’t scare her until she remembers the ocean’s vastness. “We’re all alone out here,” she said. The irony is that though the fear felt fresh, we were on a tiny island all along.

After the threat last week, my dad went out for a burger with a friend. It wasn’t because he was trying to forget his fears — it was because he was hungry.

My mom’s friend on Guam posted a quip about shopping like Joanna Gaines.

Locals gathered for fiestas like they do every other weekend.

The tide rolled in and out, and people drove the winding island roads to Pay Less Supermarket or Micronesia Mall.

Remarkably — and beautifully, I think — life goes on. 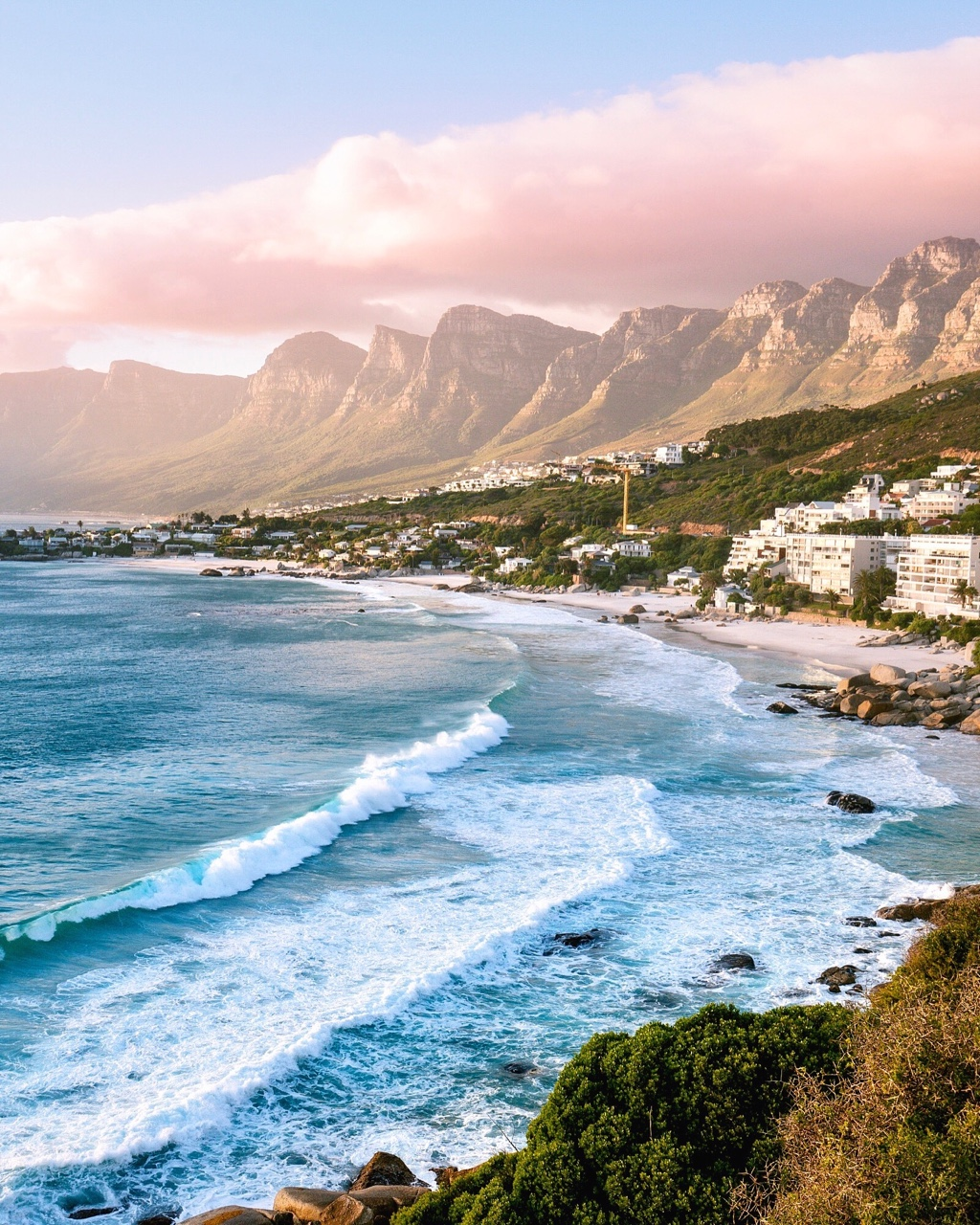 When I spent a brief six weeks in Uganda years ago during a tumultuous election, I grabbed a bag of popcorn before taking public transportation away from the downtown riots. Is this because I’m brave? No, it’s because I’m human.

Travel has taught me that humans are wonderfully resilient. We feast, work, laugh and love in nearly every circumstance. This is beautiful. It reflects both the strength of the human spirit and the stark fact that everyday life goes on, no matter the circumstances.

Last week, I had coworkers stop to ask me if I was worried about my family. Of course I was, yes — but not as much as many assumed. They asked if my parents would be moving back because of the threats. The answer is no. This is a big, beautiful, dangerous world, and I don’t believe we can escape that. Instead, it makes me want to celebrate as many places as I can while I can.