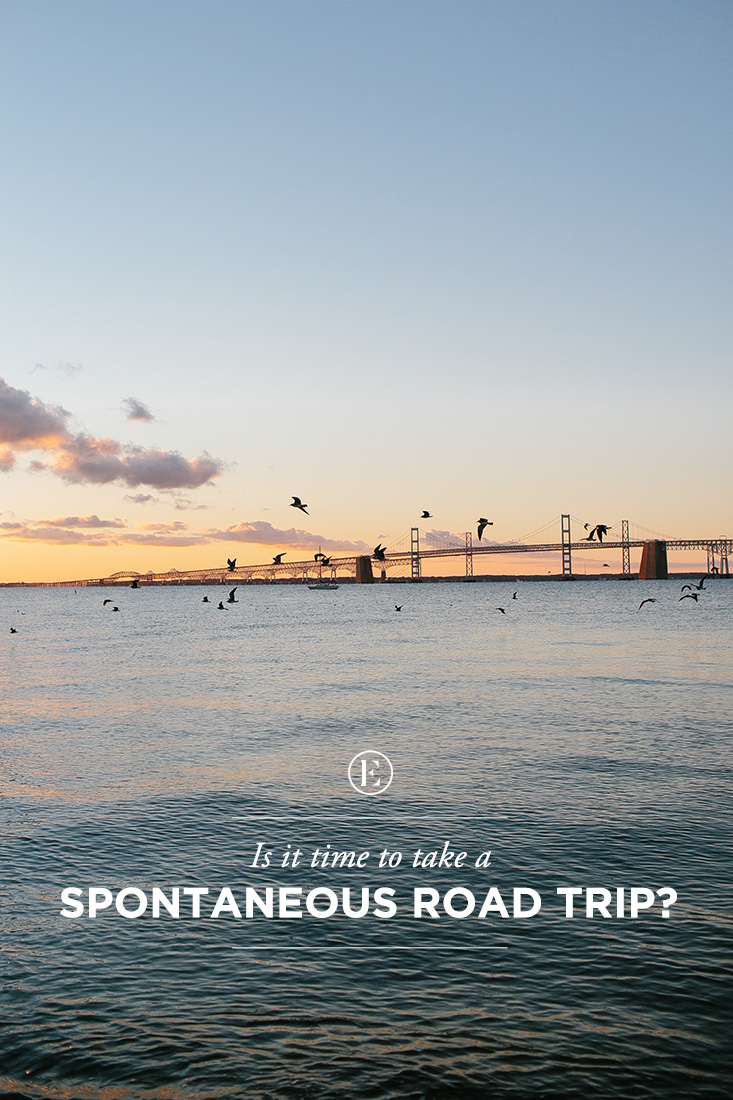 In a world where meticulous planning and coordination reign supreme, especially when it comes to travel, there is something almost dream like about hitting the road with no itinerary. Since I was a teenager, I was always passionate about taking that iconic road trip with the perfect playlist, no destinations in mind, no schedule to adhere to, and nothing to worry about but the open road. In my dreams, this road trip lasts weeks on end (In this vision I somehow didn’t have to worry about a job, of course), and includes lots of stops along the way.

Work and life often prevent a lot of us from taking an unplanned trip like this, but after some deliberation and no planning (a major feat for me!), I opted to take an abridged version of this trip, and luckily, my boyfriend agreed to tag along. Though my journey was a day trip versus a month long jaunt across the country, it was the perfect opportunity to do things a little differently, and explore a few new places. 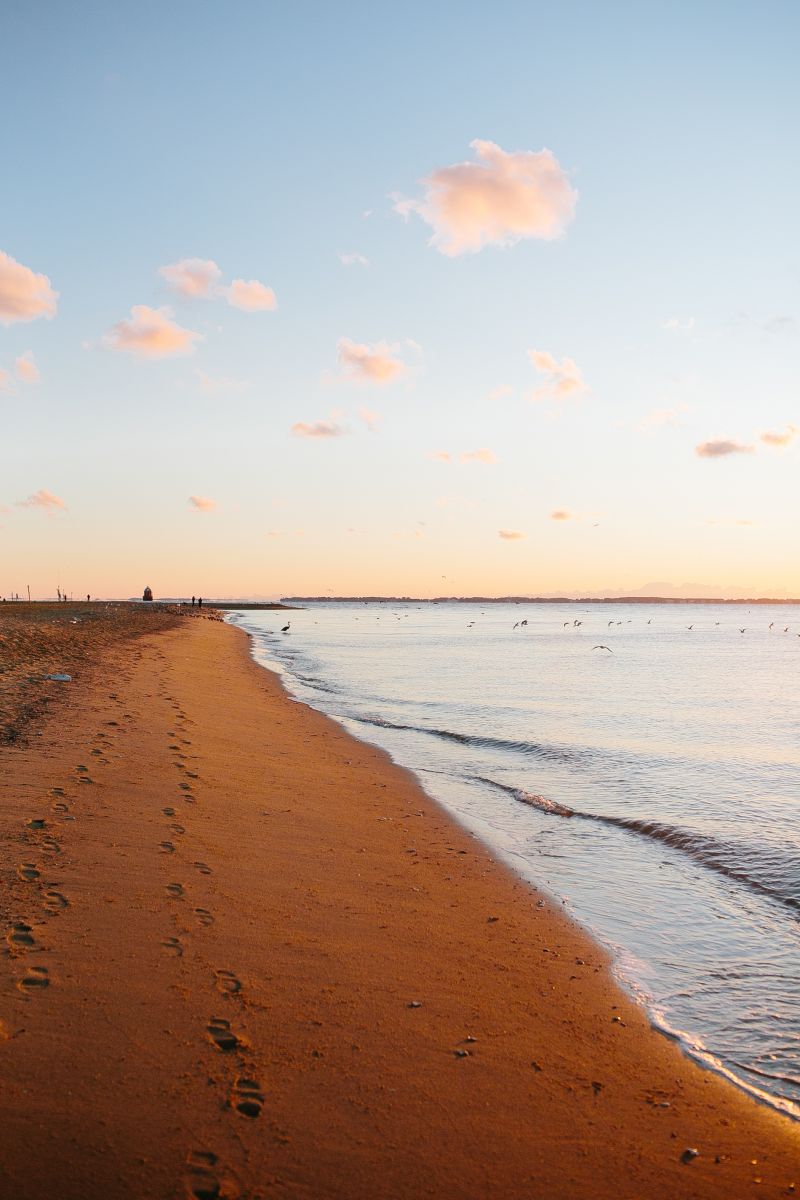 Since I knew we wouldn’t have much time, we opted to start our trip early. Ahem, really early. After a 5:00 a.m. alarm and some rushing around, we set off from Washington, D.C. while it was still completely dark out. My only vague idea in terms of destination was just to make it to a spot to see the sunrise. Heading east, we reached the Chesapeake Bay quickly, and after consulting a map realized we were right near Sandy Point State Park. We’d never heard of it, but wasn’t that the whole point? The park had just opened, and as the sky lightened, we made it to a beach with a view of the Chesapeake Bay Bridge just in time for sunrise. With a sailboat in the distance and the sky glowing, it was definitely one of those “I need more coffee but this was so worth it” moments. 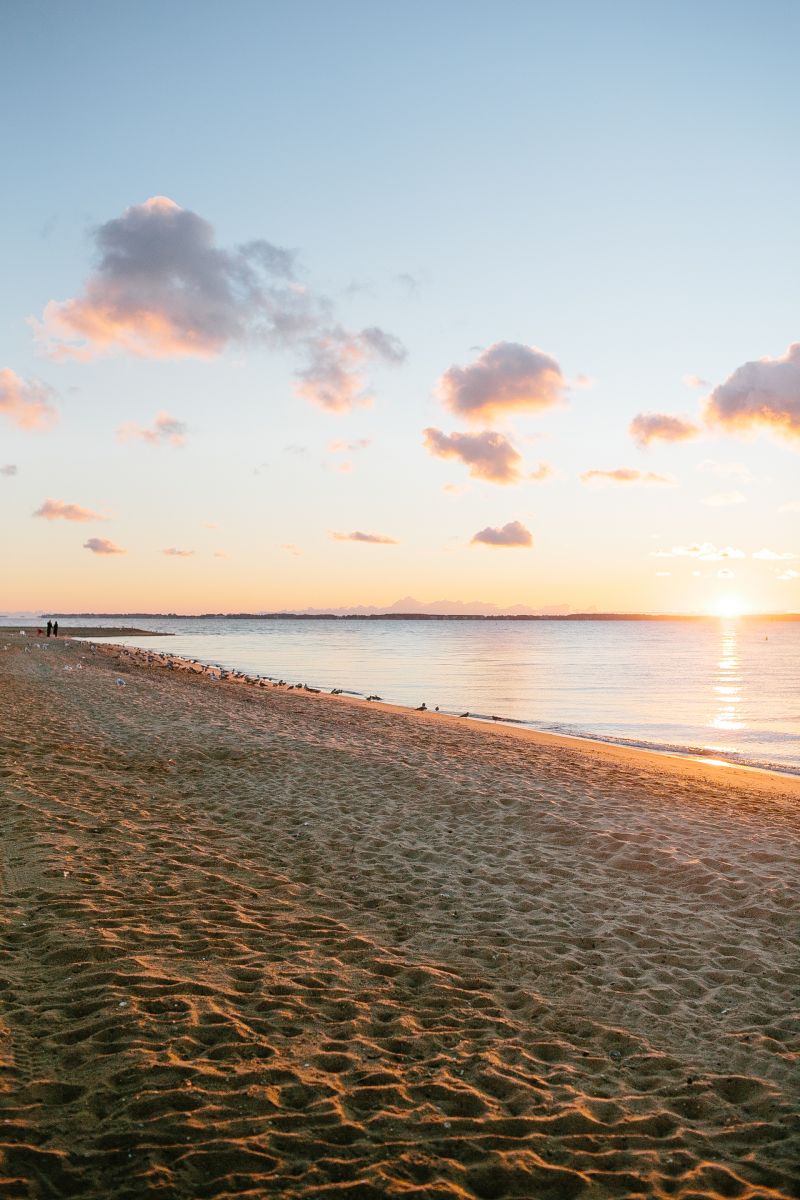 After sunrise and ready to feast, we drove to nearby Annapolis, Maryland in hopes of finding breakfast. It was at this point we realized we were right in the middle of the beautiful Chesapeake Bay area, and that even after living just an hour away for four years, neither of us had seen any of it. It was then that we made it a point to take our time, explore the area, and really enjoy it rather than heading off to as many destinations as possible. 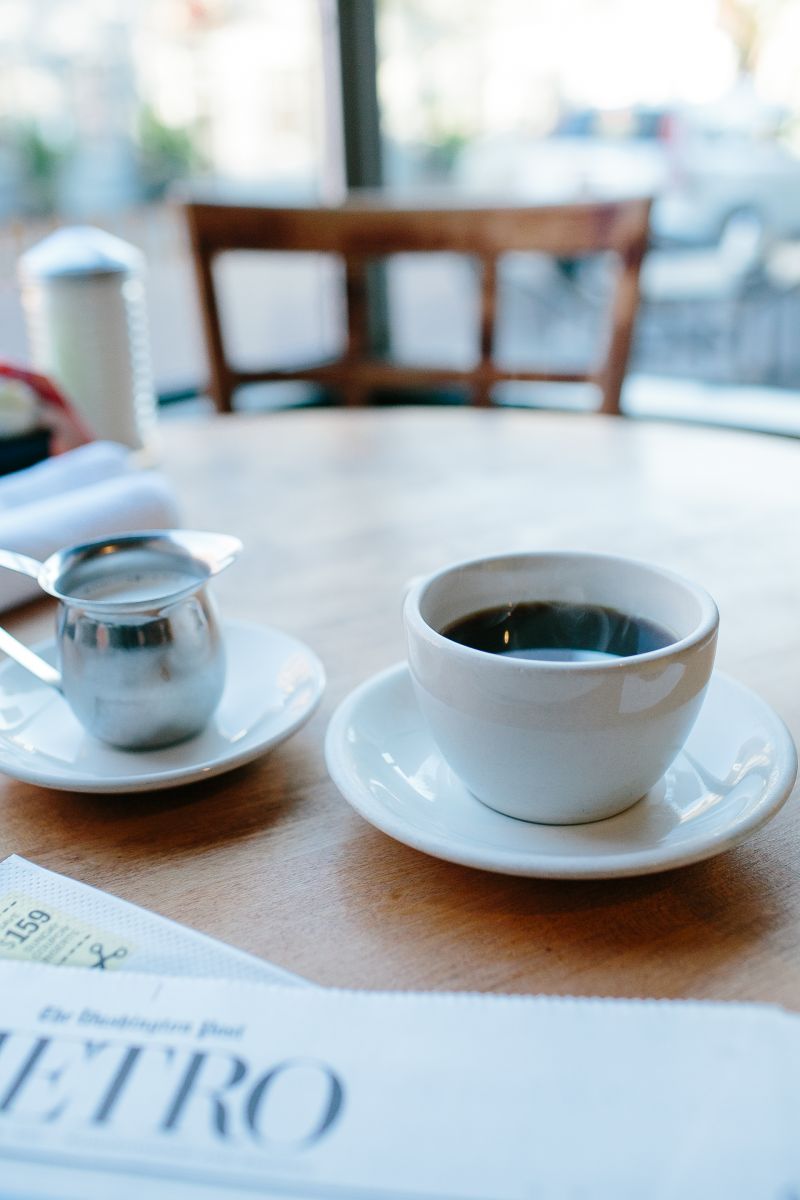 Annapolis is a small, historic city on the Chesapeake Bay, and it’s often referred to as the sailing capital of the U.S. Driving in felt like an entire world away with quaint shops, cafes, and cobblestone streets. Since we arrived pretty early, there wasn’t a whole lot open but lucky for us, we stumbled upon 49 West, a perfect little cafe situated right in the heart of the city. Like most people, I tend to scarf down breakfast while working or responding to emails, but in true relaxed road trip fashion, we opted to take our time, sample dishes and (gasp!) read the paper. After coffee, some eggs, roasted potatoes, a bit of croissant, some OJ (okay, I’ll stop)… we were refueled and ready to go! 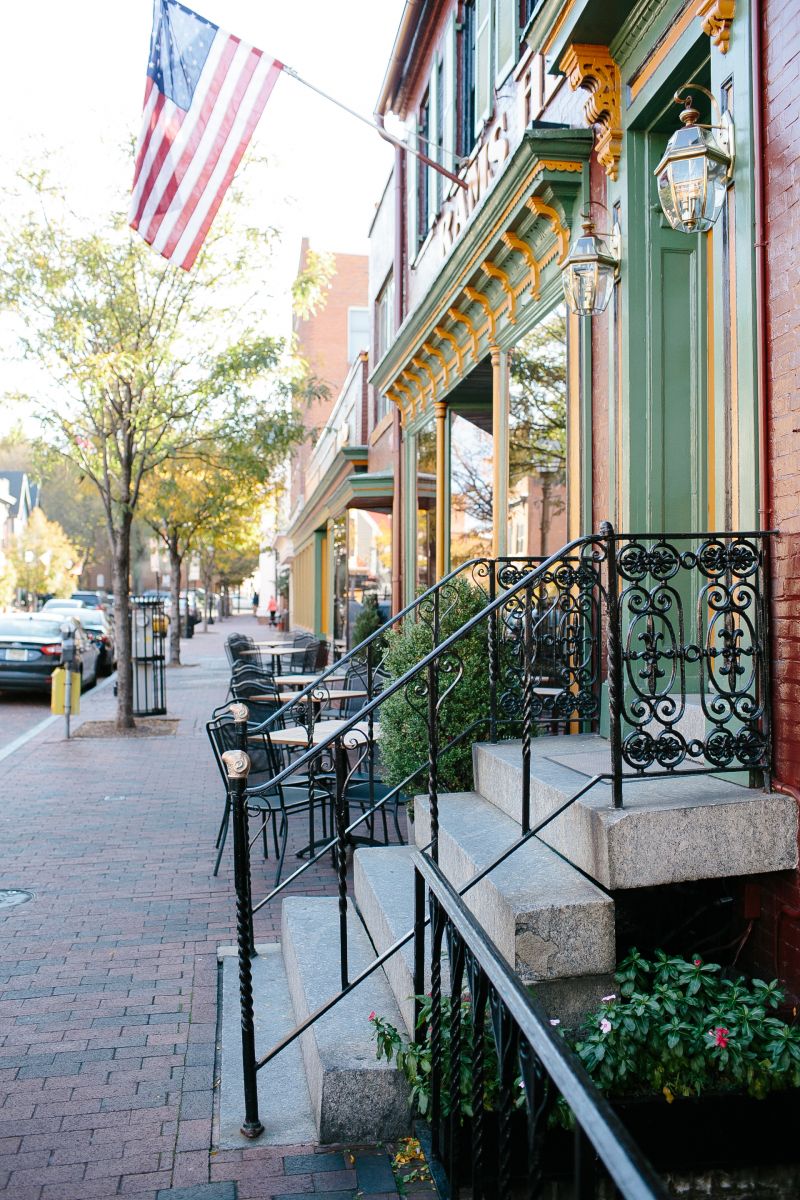 Leisurely breakfast concluded, we opted to explore some more of the city. Shops and restaurants began to open, and the town livened up. We happened to be there during a boat show so things were even more lively than usual! After exploring the streets, the Maryland State House is a must visit, especially if you love history. It is the oldest state capitol still in continuous legislative use, and it’s an icon in the city (in the past, it even served as the nation’s capitol). 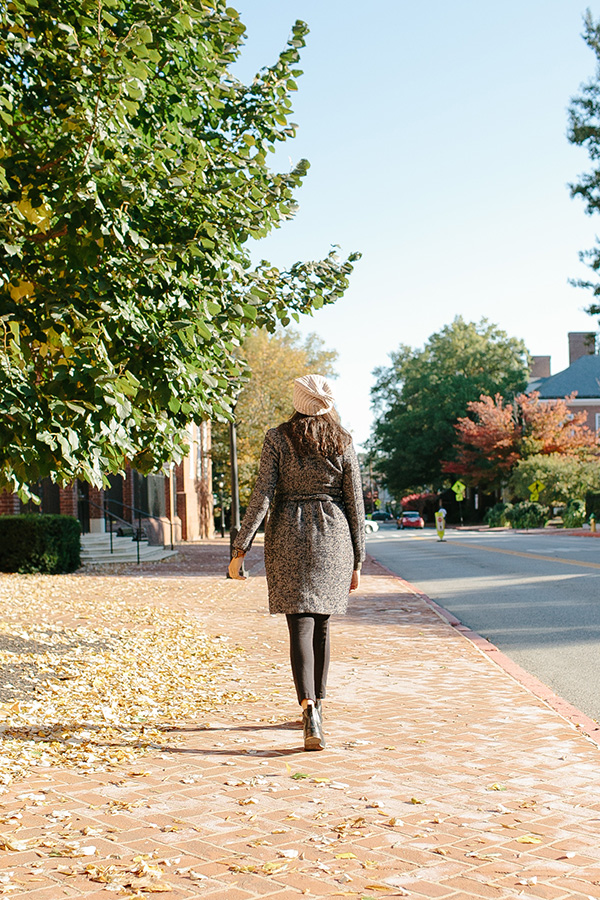 After we had our fill of the city, we opted to head back to the car, and spend the rest of our day exploring more of the bay region. The Chesapeake Bay is stunningly beautiful, and it felt so good to just drive around checking out scenery along the water. Highland Beach and Thomas Point Park aren’t far from Annapolis, and both made for picturesque views. There’s really something to be said for being in the car, driving along the coast, and listening to good music with no plan beyond doing just that. 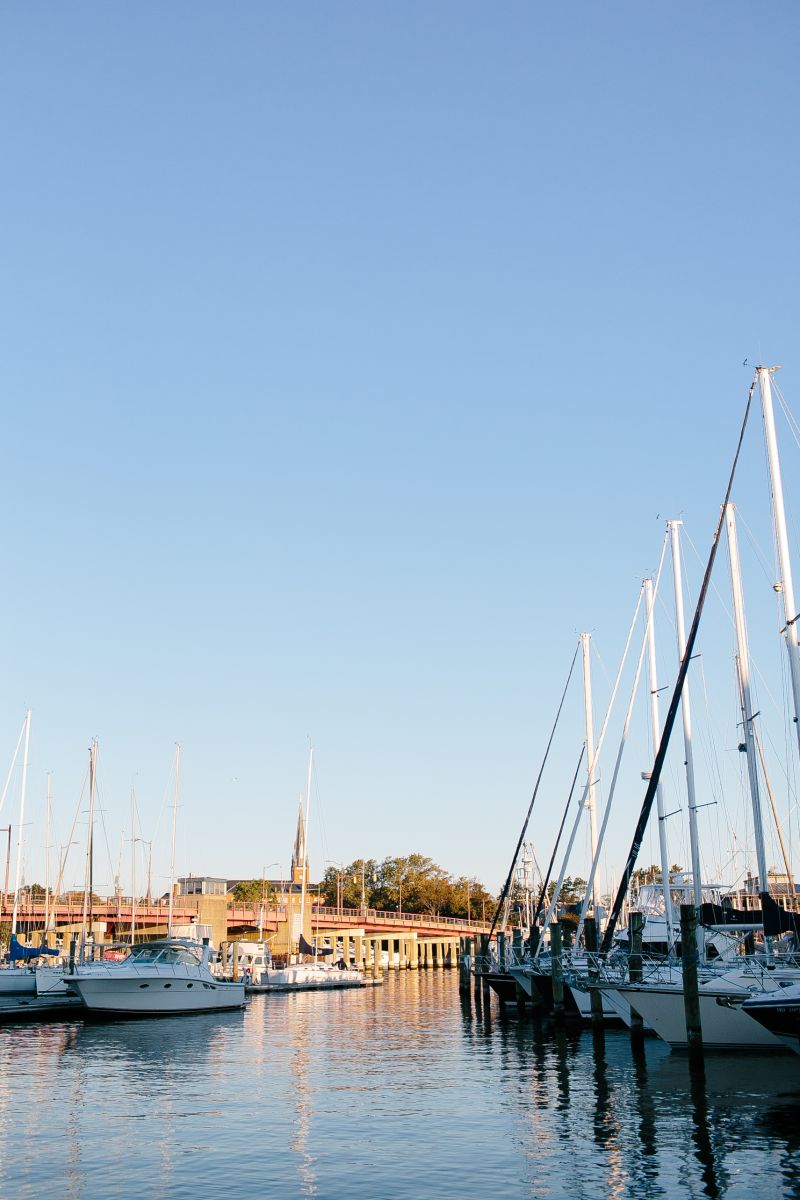 As the day wound down, we headed back home to D.C. feeling relaxed and ready to face the week. After a quick stop at the grocery store, we posted up in the kitchen, and in honor of the seafood the Chesapeake Bay is known for, we opted to cook a simple pasta dish with pesto and shrimp (you can find a similar recipe here and then just sub in pesto). An easy dinner to throw together, all it took was boiling the pasta, sautéing the shrimp, and tossing it all up in some pesto we’d made earlier in the week. Easy, tasty, and like the rest of our trip, devoid of over-planning. 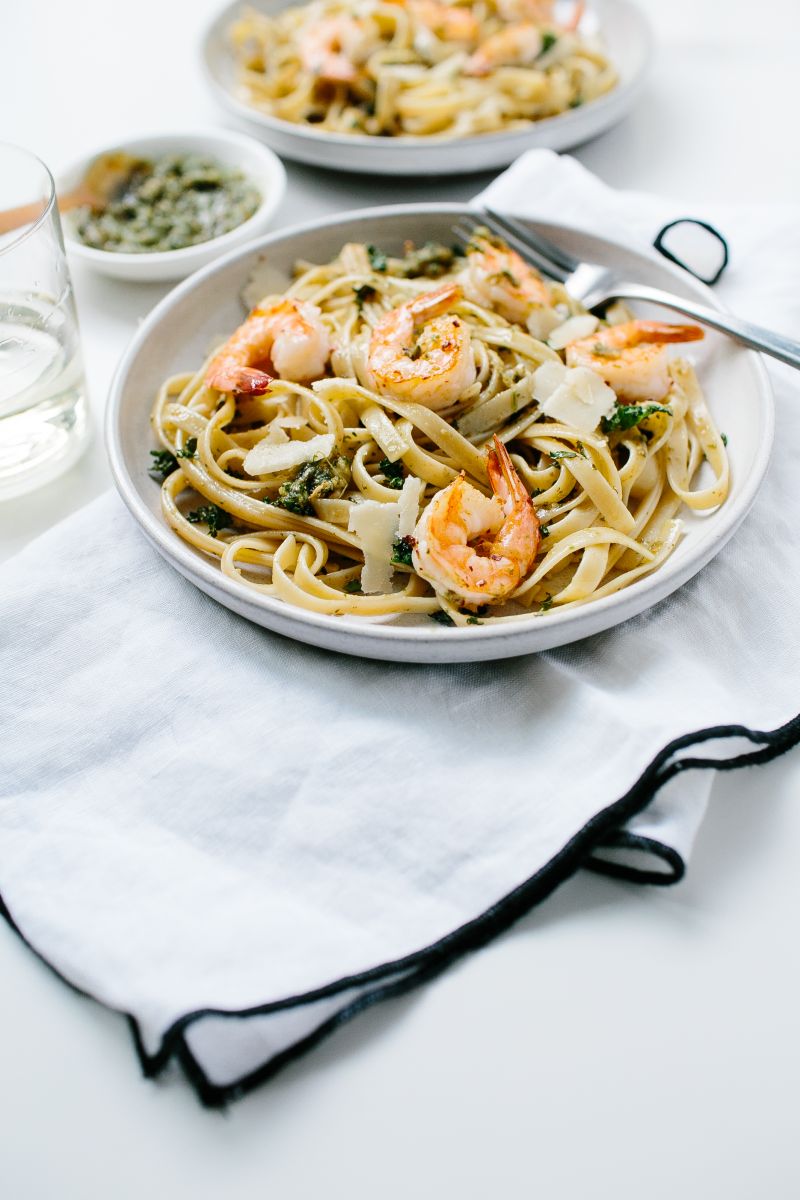 Thinking back on the trip, I realized I hadn’t had a day like that in a long time. It was a good reminder to take time to enjoy life, take things slower, and actually go do the things you’re passionate about whether it’s a road trip, learning a new language or trying a new sport.  In my case, it was as simple as an impromptu day trip and a meal spent with someone I love, but in the end, it meant so much more. It was so nice to gather around to eat together at the table after cooking together versus our more typical rushed meals. We all live busier lives than ever nowadays, and sometimes it’s good for all of us to follow our passions, throw caution to the wind, and just go. 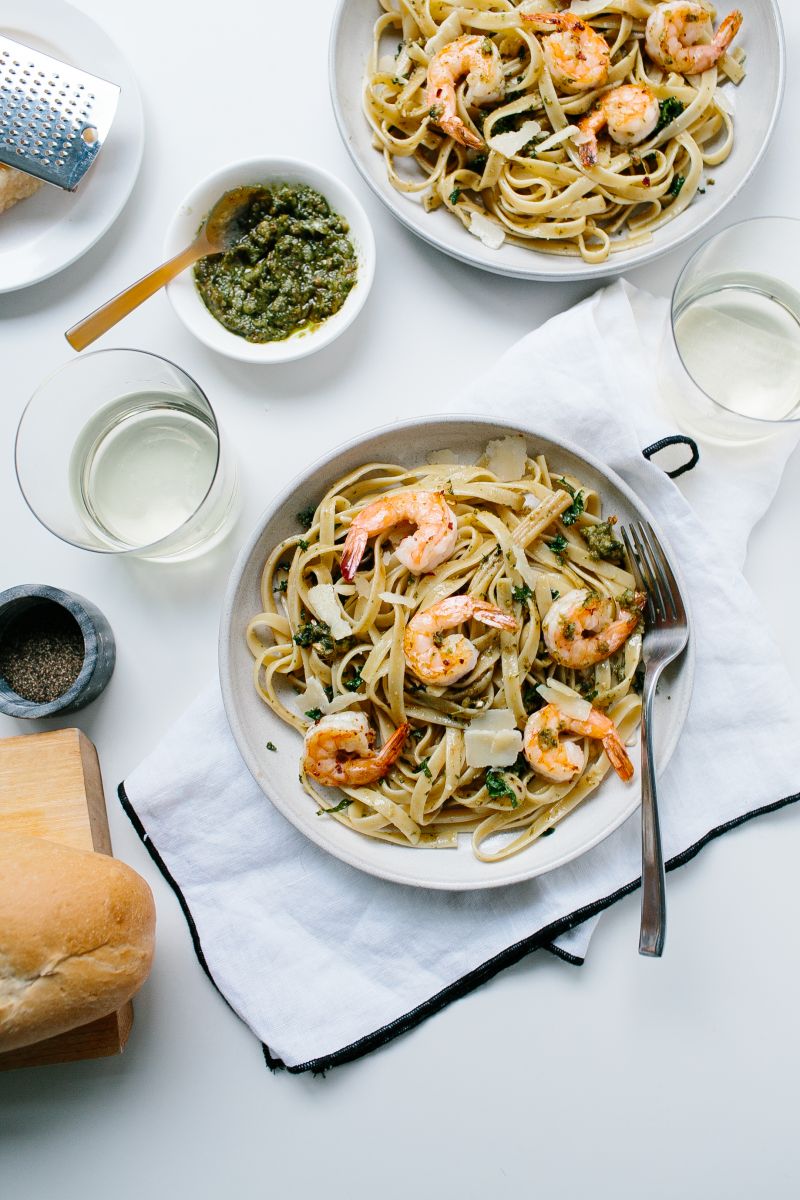 This post was sponsored by Barilla and their Passion for Pasta campaign encouraging those everywhere to take time to follow their own passions.