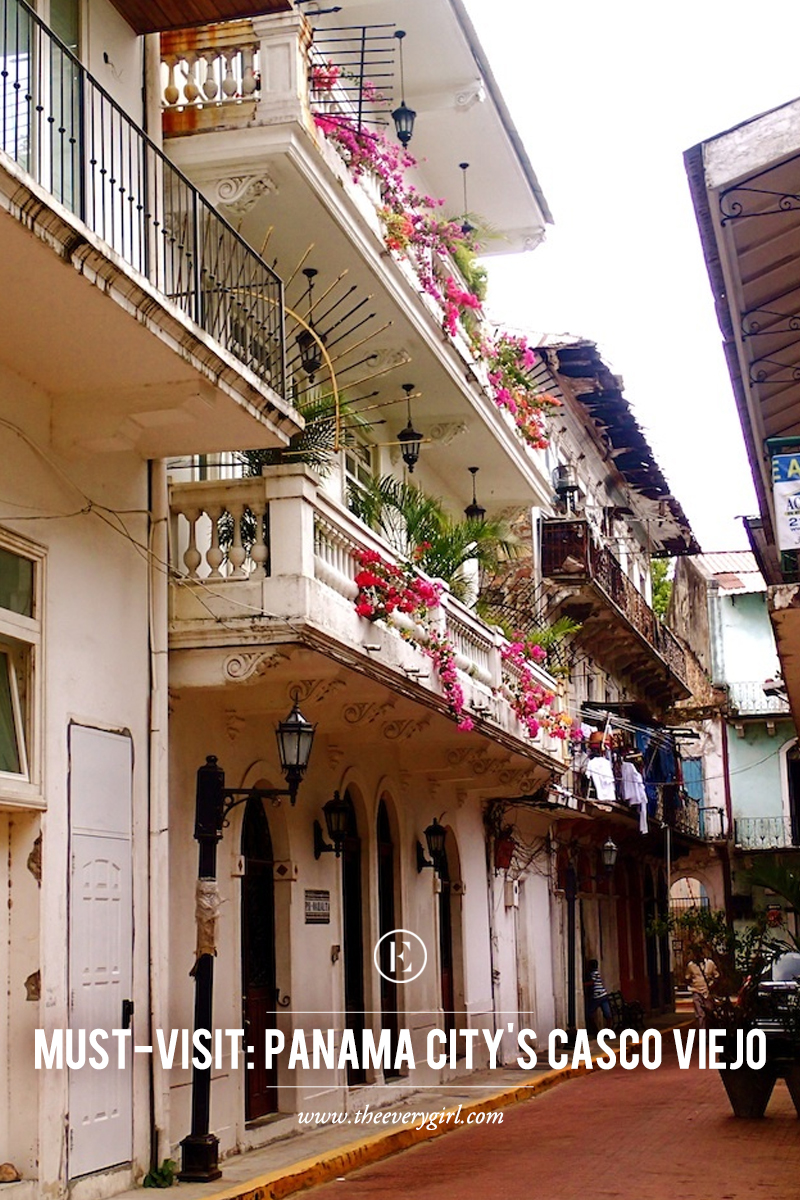 If you haven’t heard yet, you soon will. The buzz around Panama City is quickly picking up (think Tulum, three years ago) and it won’t be long before this Central American capital tops quick getaway and bucket lists alike.

And all for good reason, too. Panama City is in the midst of a surge of renovation. Its oldest neighborhood, a UNESCO World Heritage site known as Casco Viejo, faces the Pacific Ocean and is located roughly half an hour southwest of Tocumen International Airport. It’s this pocket that’s generating all the attention. Why? We’re clueing you in to its charm, below. 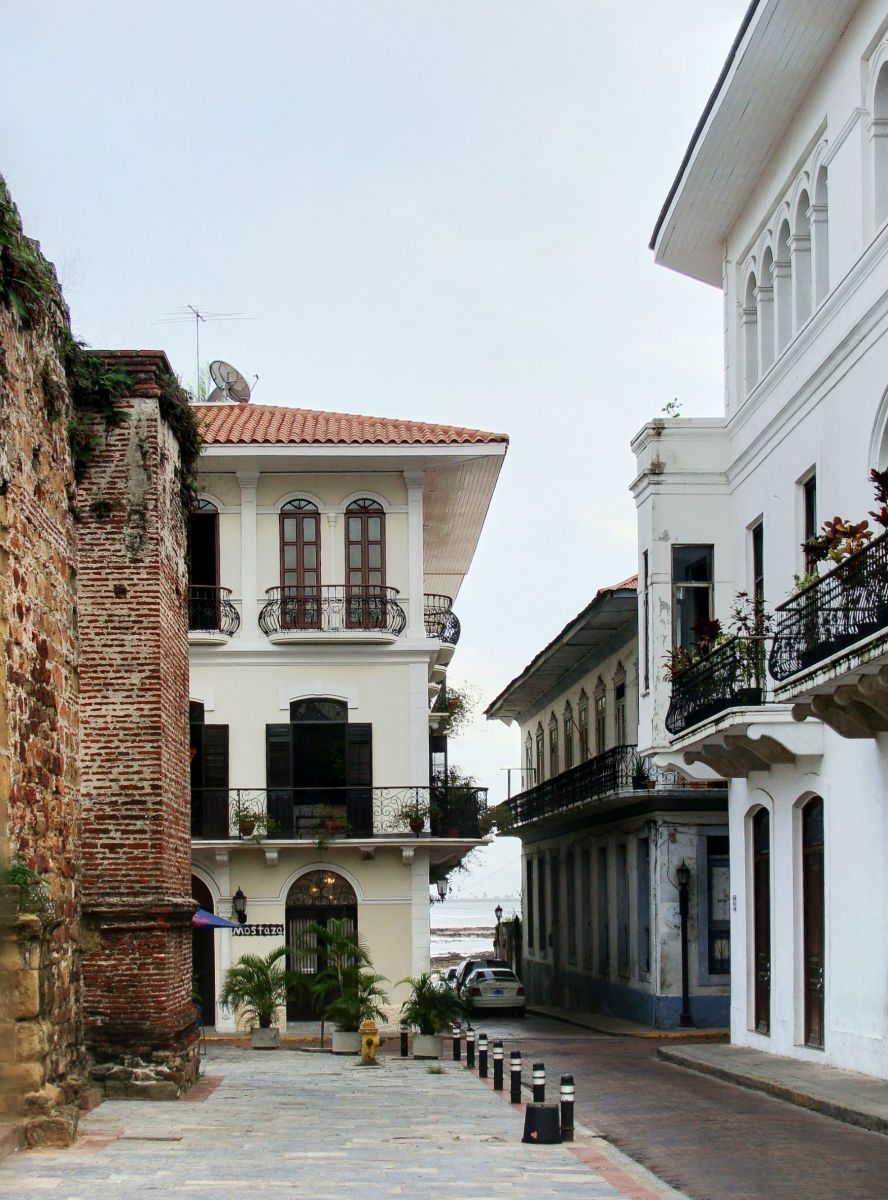 Founded to defend itself against pirate attacks in the 17th century, Casco Viejo (The Old Quarter, also known as Casco Antiguo or San Felipe) sits on a peninsula completely walled off from the ocean. While this may mean less wave catching, it also means you’ll have free reign to take in street after street of gorgeous Spanish colonial architecture. (While a cool breeze cuts the humidity for you, too.) 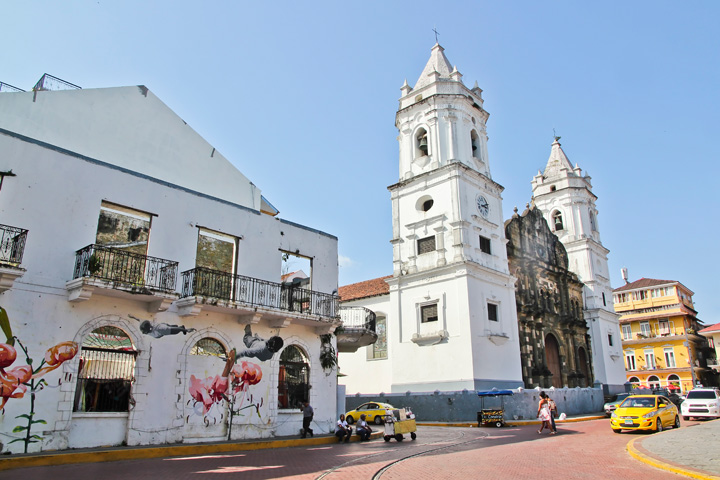 Originally one of the wealthiest cities in the Americas, the Casco Viejo neighborhood was abandoned over time and eventually fell into decay and deterioration. Once rescued by UNESCO in the late 90s, investor dollars soon followed, slowly bringing the light back to places long forgotten. Though you’ll still want to keep your wits about you—especially after dark on some streets—while strolling Casco Viejo you’ll get a wild sense of New Orleans meets Old San Juan; it’s a place where history and progress sit side by side. Crumbling stucco neighbors an organic café, while rows of Panama hats are for sale just steps from the Presidential Palace. It’s a place big enough to get lost in, but still small enough you can find yourself… just in time for a cocktail.

There are epic places to stay. 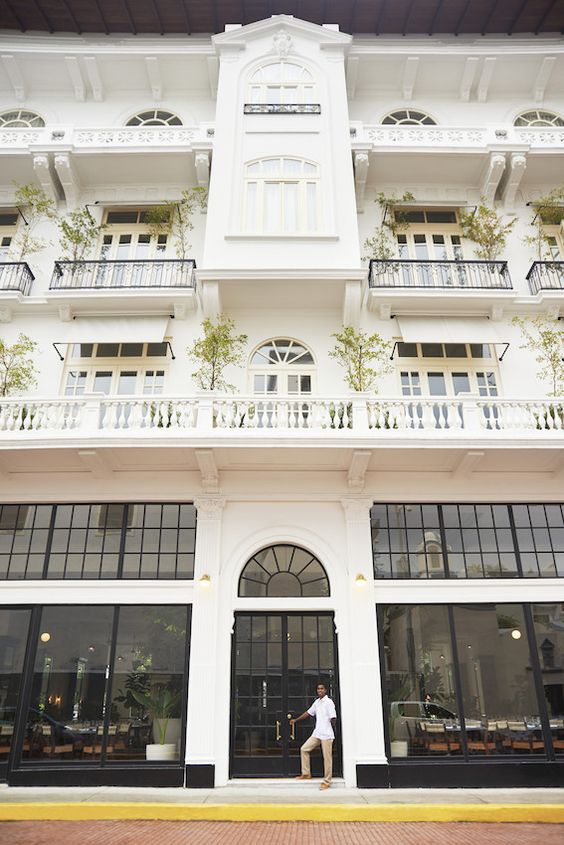 Half of the fun of a getaway is where you spend half of your time—at the hotel. Casco Viejo doesn’t disappoint, and the American Trade Hotel is evidence of this. The first independently owned addition to the stellar line-up of Atelier Ace hotels, the American Trade Hotel and Hall was resurrected from its former use as an office building to serve as the new “it” spot where locals, hipsters, business travelers, and even families, can collectively mingle. Despite the mid-century modern wicker, detailed tile work, and fiddle leaf fig trees, there isn’t an ounce of pretension here. The friendly staff makes you feel like family and goes out of their way to make Panama your second home. 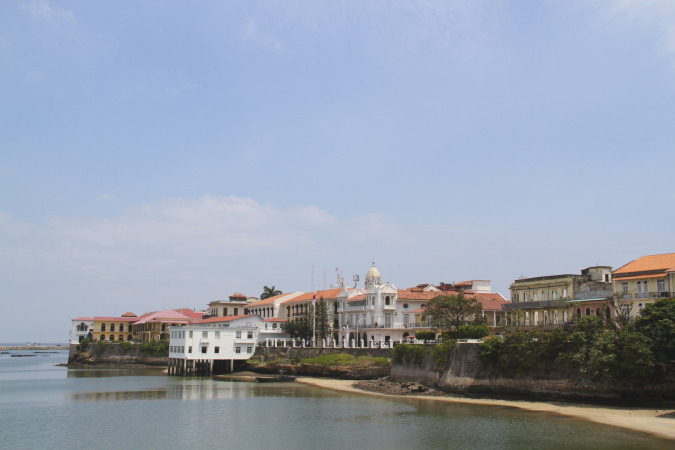 There’s also the boutique Tantalo Hotel, offering art splashed rooms and Roofbar parties; Casa Antigua for a more distinguished feel with eight suites and truly unbeatable views; as well as Las Clementinas, a former apartment building from the 1930s that’s been lovingly redone to preserve each “chamber” and provide a fully customized Casco Viejo experience. No matter where you stay here, with such worldly influences combined with small town heart, you certainly won’t want to leave. 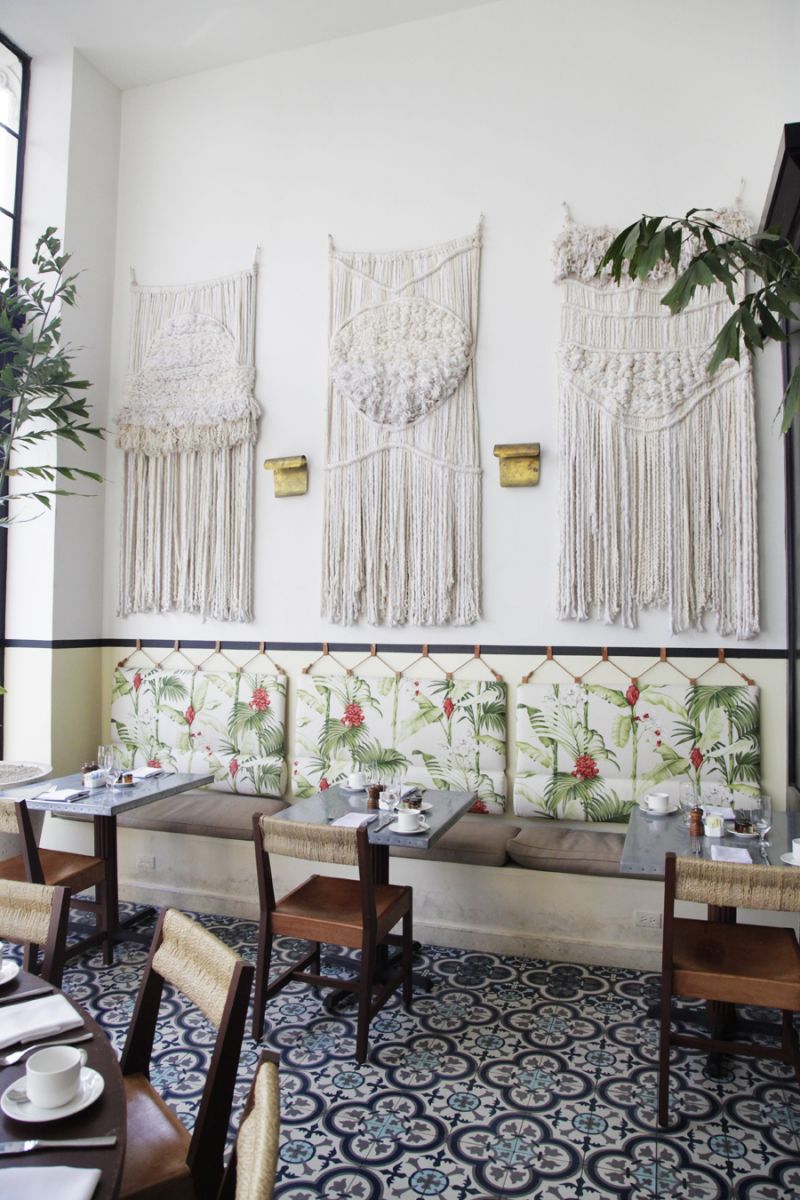 Fresh fish tacos and bottomless margaritas—you could stop there and have the makings of a very satisfying vacation. In addition to its great places to stay, Casco Viejo serves up a variety of delicious feasting options (that include said fish tacos), challenging your perception of just how much variety fits inside one small block.

There’s the Fish Market, a taco truck parked inside of some old ruins, which shouldn’t be confused with the Mercado de Mariscos, the city’s other local fish market and the best place to buy fresh fish.

Veggie lovers will appreciate the choices at Veggie Moon or the juice bar VIP, and for fancier fare, there’s Andres Madrigal’s Madrigal or the local classic Ego & Narciso. Sushi? Try Aki, and Italian lovers? Rest easy. From Grapes to Il Carpaccio to L’Osteria, there’s plenty of pasta here to enjoy, too.

For drinks, get in on the right night and your margarita might be “forever” on the terrace of Barlovento, or you could check out who’s playing at Danilo’s, the jazz club next door at the American Trade Hotel. Don’t miss the local brewpub La Rana Dorada either.

In the morning? This is Panama, so you can’t leave without trying the other kind of local brew. Get your coffee at Café Unido in the American Trade Hotel, or down the street at Casa Sucre.

And, if you’re up for a real adventure, visit the oldest café in Panama City, Café Coca Cola. It’s been around since 1875. Go during the day to get your fix of some diner-style rice and beans.

Literally, all you need is your passport. 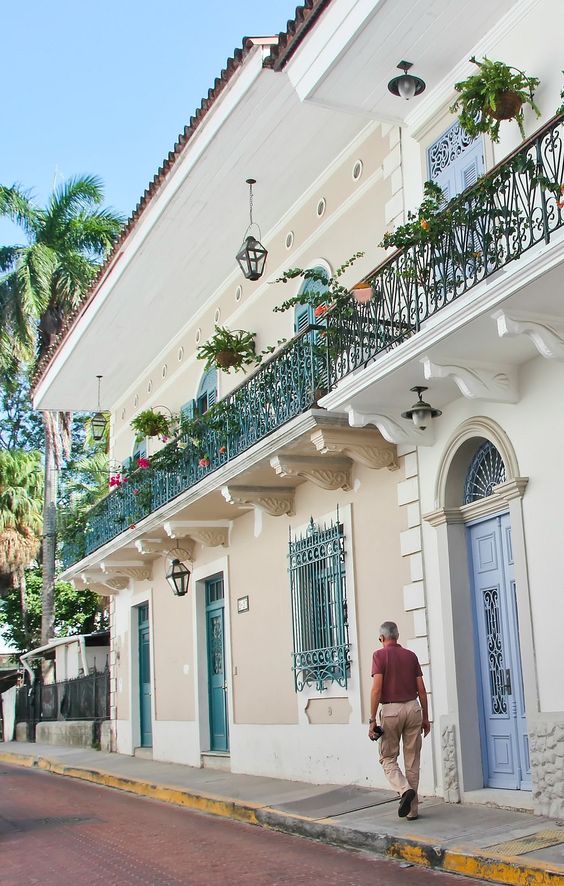 Lastly, one of the main reasons that Casco Viejo—and Panama City—are all the rage right now is that it’s incredibly low-fuss to visit: A five-hour flight from the east coast and no visas, immunizations*, or even a currency exchange required if arriving from the U.S. It’s one of those places you wouldn’t have thought could pack such an exciting punch, but it does. (And we haven’t even mentioned what a visit to the Miraflores Locks or Gatun Lake will do for your appreciation of a historical work ethic.) 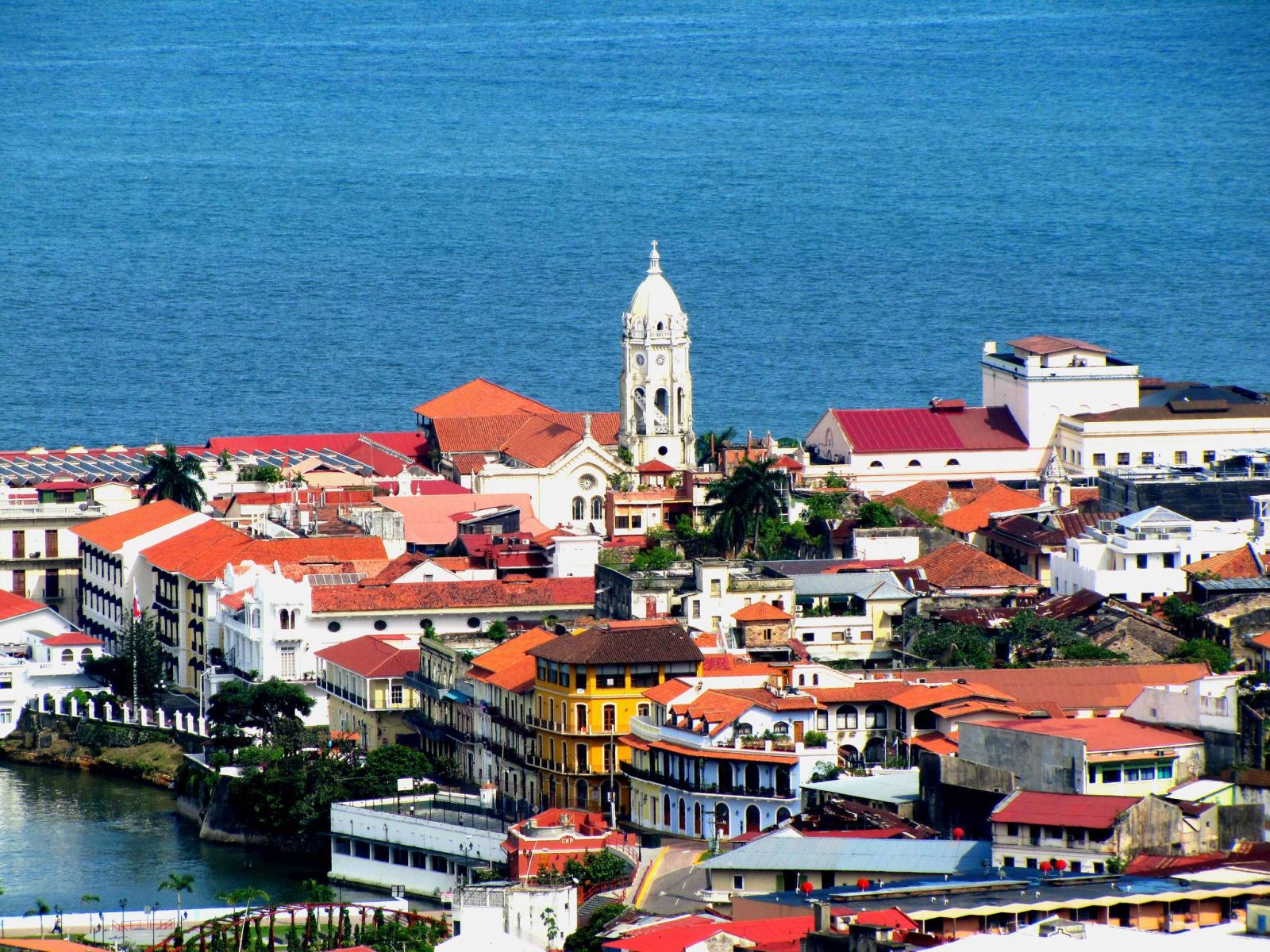 So consider yourself officially in the know. Casco Viejo is a go! As is, go now, before too many words get out there ahead of you.

*While immunizations aren’t required in Panama City or the surrounding areas, they may be a good idea if you plan on visiting more remote regions in Panama like the rainforest or towns along the eastern border, near Colombia. Check with the CDC before you go for the latest travel advisories.