Let’s be real: One year post undergrad, most of us are either answering phones, getting the coffee, or just happy to have landed any job at all. But then there’s someone like Ashley Parrish, who landed her first position at Harpers Bazaar in 2003 after graduating from NYU the year before. Another year later, she found herself promoted to online editor after creating a memo on how to improve their website. “It was as simple as finding something wrong and creating a plan to fix it. I created a vision for digital expansion before my bosses knew they needed one.”

It’s this kind of tenacity that has continued to play a monumental role in Ashley’s success. With only three years of experience, Ashley rose to senior web editor for Marie Claire. “I did not have the minimum years required, but I went into the interview armed with reasons why I would be the right person for the job.”

These days, Ashley is proud to call herself executive producer of TODAY Digital, the online platform for The TODAY Show—and her most exciting venture yet. Today she’s giving us the low down on how she interviews prospective candidates for her team, why you need to establish a roadmap for growth, and her advice on breaking into the ever-changing digital world. 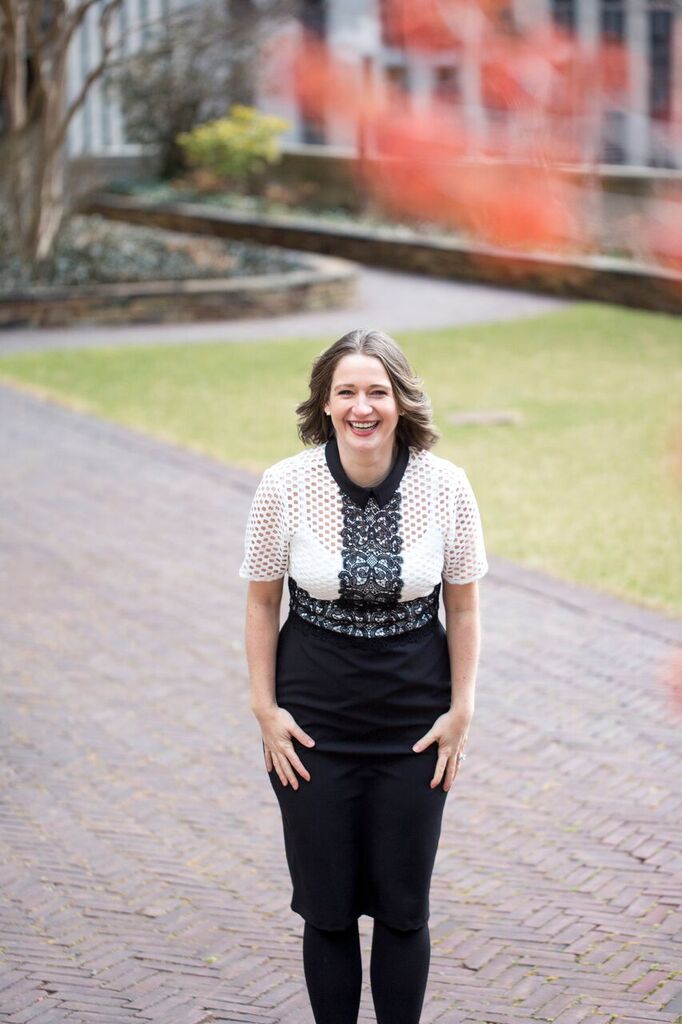 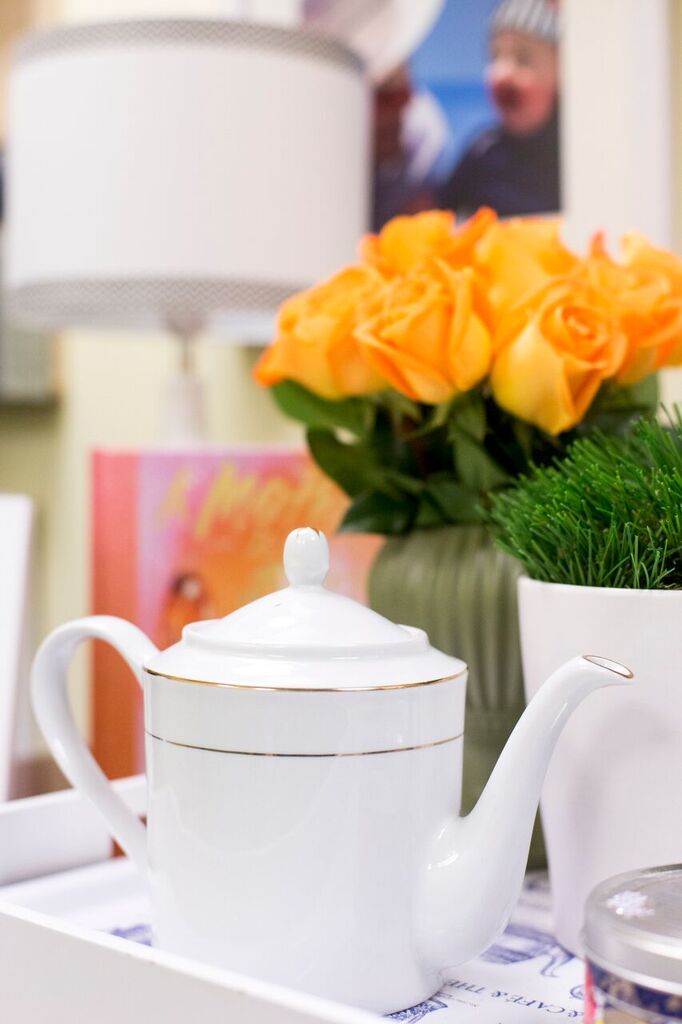 You graduated from college in 2002 and became an online editor at Harper’s Bazaar by 2003. How did you get your foot in the door at Hearst publishing house?
On-the-job experience is the best kind of training. In college, I interned at Esquire, Rolling Stone, Harper’s Bazaar and a few other titles. Knowing these internships would only last a few months I took the jobs seriously and kept in touch with my contacts.

Confidence is the difference between ‘I don’t know’ and ‘I can find out.’

After I graduated, my former boss was leaving her position at Harper’s Bazaar and she hired me to take her place. A year in, I wrote a memo about how to make the website better and they promoted me to online editor. It was as simple as finding something wrong and creating a plan to fix it. I created a vision for digital expansion before my bosses knew they needed one.

By 2005 (only three years post-grad!), you were the senior web editor at Marie Claire. Tell us about the transition from Harper’s Bazaar to that position—what brought about the change, and what was the learning curve like?
Digital was an emerging media at the time. Marie Claire was investing in the space and I wanted in! I did not have the minimum years required, but I went into the interview armed with reasons why I would be the right person for the job. Confidence is the difference between “I don’t know” and “I can find out.” That quest for knowledge and information is what helped me embrace the very steep learning curve.

You’ve worked your way up to a variety of highly sought after positions, like content director of the women and teen networks at Hearst and editor-in-chief of DailyCandy. How do you know when it’s time to move on to a new position?
I’ve always set personal and professional goals for myself. It is important to establish your own roadmap for growth. You can’t move on until you know where you want to go. Figure out what you want to do then put a plan in place to get there. And, most importantly: If you don’t see a way forward, make one.

And now you are now at NBC Universal as executive producer of TODAY.com, the digital platform for the Emmy Award winning TODAY Show. How has this job been different from the rest?

If you don’t see a way forward, make one.

The goal of my past positions has been to extend the digital footprint of a brand. My primary goal for TODAY is the same but the approach is different. My focus is on establishing TODAY as an innovator in the digital space. We just installed a Facebook Live Booth in the greenrooms to enable our TV guests to seamlessly connect with our social audience, we’re having tons of fun on Snapchat, and we have an editorial roadmap filled with interactive programs and features. It’s going to be a very busy 2016. 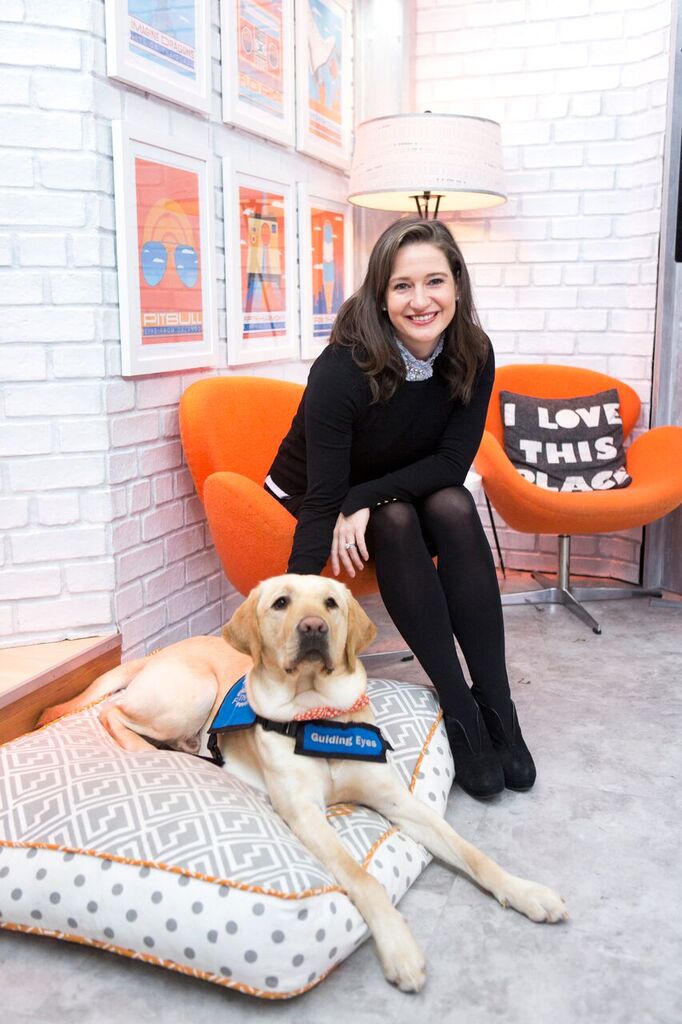 Nearly every position you’ve held has garnered some type of honor or award. Even with all of your accomplishments, have you faced insecurities? What advice would you give to women who struggle with feeling confident in the workplace?
Yes, uncertainty is a bi-product of working in the constantly evolving digital space. It is also an exciting part of job: Every challenge is an opportunity for growth. As for advice, it’s natural to feel insecure about the things you don’t know. The only way to combat this is to never stop learning and to plan for the things that scare you the most.

It’s natural to feel insecure about the things you don’t know. The only way to combat this is to never stop learning and to plan for the things that scare you the most.

Is there anything we would be surprised to know about your job?
I think people would be surprised at how deeply connected we are with the TODAY audience. We embrace the relationship with our users—if you talk to us, we’ll talk back. It is one of the reasons we launched the TODAY Parenting Team and TODAY Food Club communities—so we can pull back the curtain and include our audience in the process of content creation and the digital dialogue.

What advice would you give job candidates in your industry? How could a prospective employee stand out among the rest?
I start interviews where most people end them; the first question I ask is “what questions do you have?” If a candidate is truly interested in the position they’ll have questions right out of the gate. My advice to any prospective employee is to participate in a conversation rather than an interview. Come with ideas and opinions, and give me something to think about.

Tell us about a particular challenge you’ve faced in your career. How were you able to overcome it?
The foundation of my success is rooted in three elements: confidence, transparency, and perseverance. My career began when digital was still an emerging platform so I often had to prove the value of this “new” medium. These traits enabled me to translate the value of digital, to communicate success and strategy, and to forge relationships across all parts of the business.

At Daily Candy you led the editorial voice, vision, and strategy for social, web, email, mobile, and video platforms, while your role as chief digital officer at DuJour Media focused on optimizing the brand’s digital offerings with an emphasis on increasing engagement and digital revenue. It sounds like these were pretty different in terms of your daily responsibilities.
You’re right, they sound very different but the goal of both of these positions was audience: finding it, growing it and keeping it! The difference was in the tactics used. At DailyCandy it was about connecting with our audience on their platforms of choice and ensuring that voice and personality came through on each. At DuJour, we built audience by focusing on creating a digital destination for the brand that drove engagement and brand loyalty.

In your spare time, you sit on the board of several companies and non-profits. How do you schedule time for yourself in the midst of all your responsibilities?
The concept of “me” time has changed since I had my son, Lucien. Playtime, bedtime, a giggle fest during either – these are the things that help me re-charge because they remind me of what really matters. It’s tough at times (especially the bedtime part!) but I try to find meaning in these everyday moments.

What advice would you give to your 23-year-old self?
In the words of Coach Taylor: Clear eyes, full hearts, can’t lose. 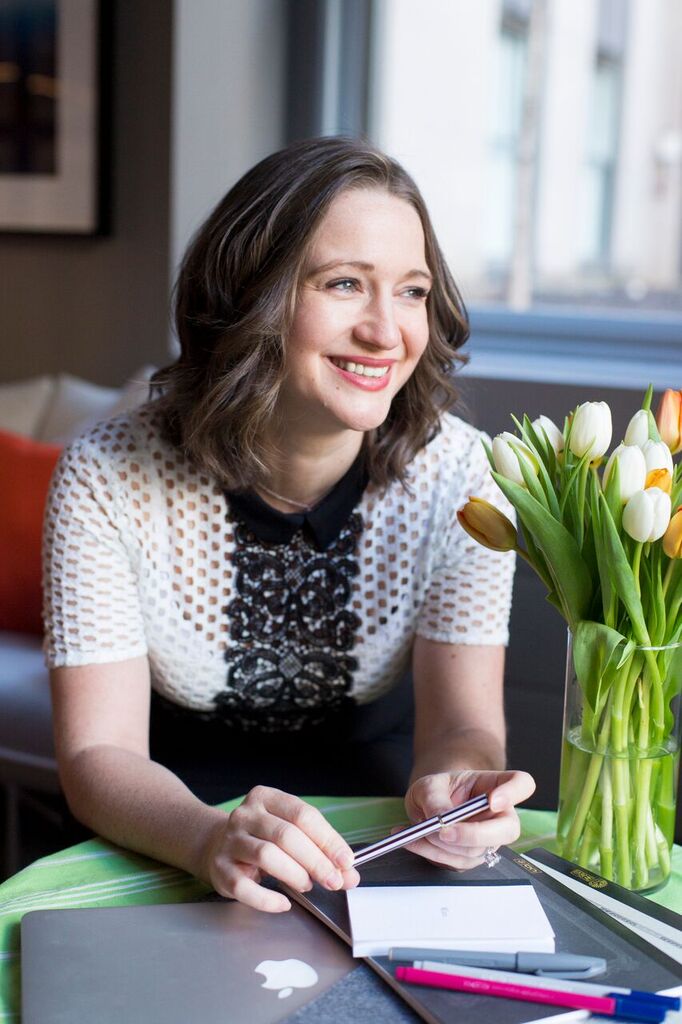 Ashley Parrish is The Everygirl…

Favorite place to take out-of-town guests in NYC?
Sakagura for sake tasting and delicious Japanese bites. It’s tucked away in the basement of a midtown office building so it’s always a terrific surprise to out of town guests.

Digital or Paper Planner?
Both: paper for daily to-dos and digital for future planning

Perfect Sunday?
A perfect Sunday would be sleeping past 7 a.m. but I have a 16 month-old so we’re up early and I really can’t complain about morning snuggles and playtime with my little lad. We often go to the carousel at Bryant Park, followed by brunch then some good old playground time.

If you could have lunch with any woman, who would it be and why?
Sally Ride. Outer space has been an obsession and fascination of mine from a very young age. The force of gravity was not the only thing Sally Ride overcame aboard the Challenger—I’d love to talk with her about being not only the youngest American to travel to space but also the first American woman.

Biggest guilty pleasure?
An hour of Netflix and a cold pint of Guinness