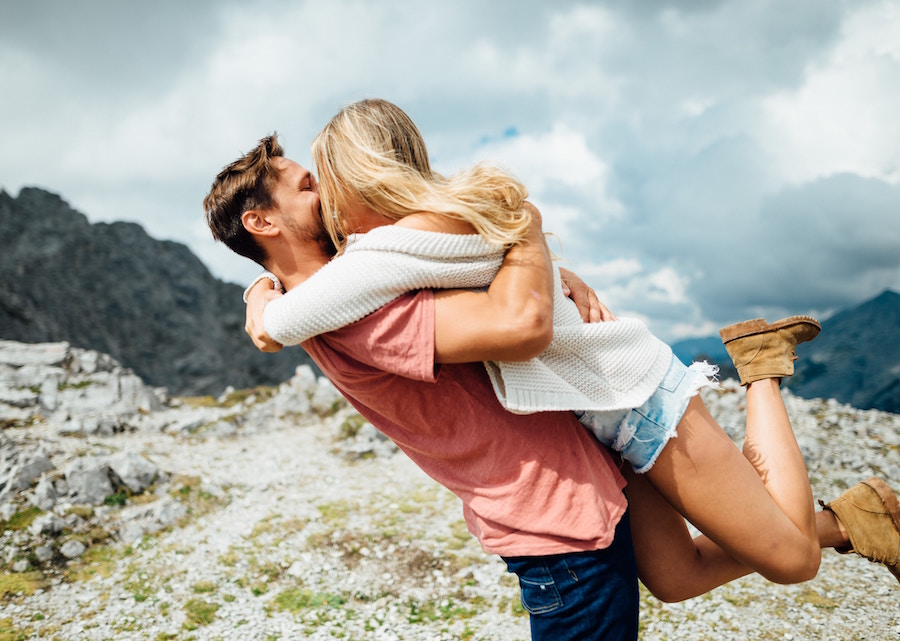 I’ve been in a relationship for nearly eight years. My boyfriend and I live together and have two dogs. I’m happy—sometimes disgustingly so. But like many of you in LTRs, I’ve gotten the question “When are you getting married?” so many times I’ve got my answer down to a science.

Most people ask innocently enough, but after the 2,497th time you’ve heard it, it’s annoying. And intrusive. It implies being in an eight-year relationship isn’t something to celebrate. Sure, they may be genuinely curious about the next steps in my life, but it’s gotten to the point where every time my boyfriend and I go on a trip together, there’s a wink-wink from friends, family and even totally random people who assume he’s finally (their phrasing) going to propose. Ask me if we’re happy, ask me about our dogs, ask me literally anything else.

Most people ask innocently enough, but after the 2,497th time you’ve heard it, it’s annoying. And intrusive.

If they press—well, you must have thought about it, like, yeah, of course I have because I’m a woman and the idea of being worthy of marriage has been ingrained into my brain since I was little thanks to our patriarchal society—I simply tell them I refuse to get married under the current administration. I really don’t want to get married in such a volatile climate. (My boyfriend probably tells them he’s waiting until I improve my credit score—valid.)

Other people think we need a marriage agreement before we’re a “couple.” Like my boyfriend’s uncle, who likes to say things to my face like “if you’re a woman older than 30 who isn’t married and doesn’t have kids, you’re useless.” (If my boyfriend and I do ever get married, he’s not invited.)

But every time they ask this question, they perpetuate the notion that marriage is the ultimate endgame, that it’s what’s best for my relationship.

Every time they ask this question, they perpetuate the notion that marriage is the ultimate endgame, that it’s what’s best for my relationship.

And after a while, it’s started to make me feel a little insecure. I’ve caught myself on more than one occasion falling into this trap, asking myself Why aren’t we married yet? Last weekend we were at a family barbecue and we got so many comments about not being married—my hand was held up at one point while my boyfriend was asked what’s up with the empty finger. I wanted to die of embarrassment and stand up for myself but instead ended up awkwardly laughing along.

The life we have created for ourselves is enough for us—sans binding legal documents. Shouldn’t it be enough for everyone else?

This post originally appeared August 24, 2017, on The Zoe Report.