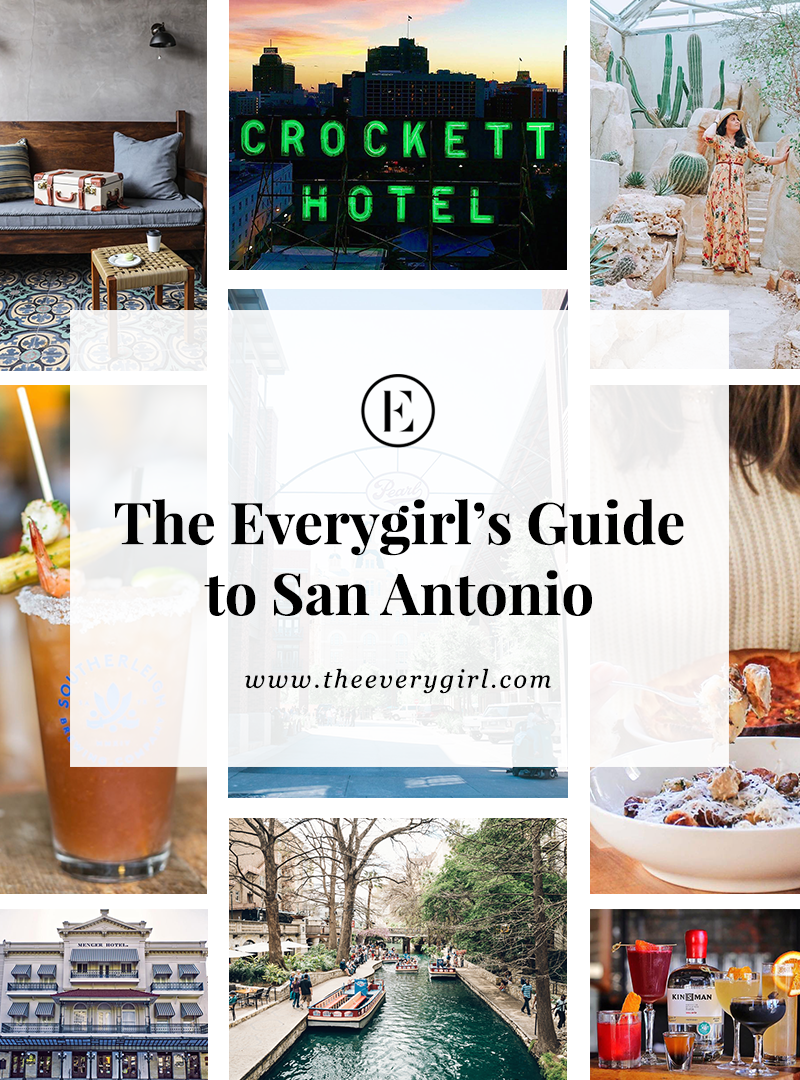 Every spring, the sunshine, crisp air, and opening buds on trees signal something in my brain: It’s time to get move. It’s time to get outside, breath clean air, and stretch my legs in anticipation of summer hikes and days at the beach. San Antonio is about a three-hour flight from Chicago. So when winter blues or spring restlessness hit, the Alamo City — with its creative food scene, famous Riverwalk, and year-round sunshine — are a little slice of heaven.

San Antonio is what several locals describe as a “little big city.” Several of my Uber drivers boasted it’s the fastest growing town in the nation, and the U.S. Census Bureau backs them up. So why? What’s the appeal, especially with Austin, the trendy state capital, just an hour away?

I asked the locals. From the gracious people at Visit San Antonio to my Airbnb owner, the people who live in San Antonio want to stay in San Antonio. And plenty of other Texans are moving to the city U.S. News writer (and San Antonian) Erin Sheehy said is “as comfortable as an old pair of jeans.”

My four-day visit to San Antonio involved a whole lot of eating, drinking, walking, and visiting with local distillers. Not a bad way to soak up some Southern sunshine before summer hits the rest of the country. 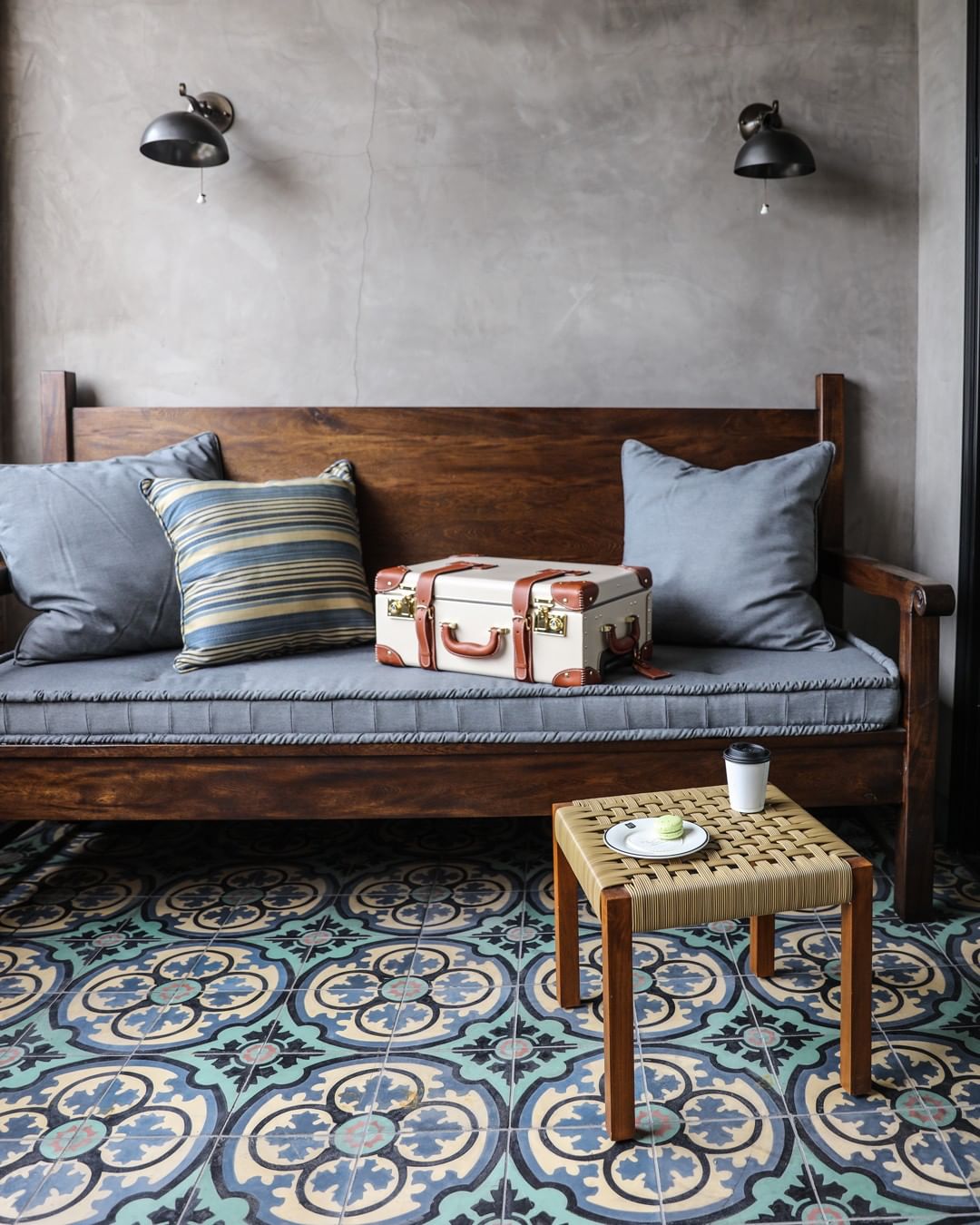 The most welcoming grand hotel you’ll ever step foot into, the Hotel Emma is dripping with historic style. This 19th-century brewery-turned-boutique-hotel greets visitors with a signature scent wafting through the lobby doors. A roaring indoor-outdoor fireplace beckons to both guests and anyone strolling in for a peek. Rooms are a splurge, but anyone can wander the main floor, where you’ll find several drinking and dining options to suit your mood.

If you do indulge in a room (ideal for a romantic weekend or luxurious girls’ getaway), enjoy your complimentary margarita in the Library during check-in. Then head straight to the rooftop pool. 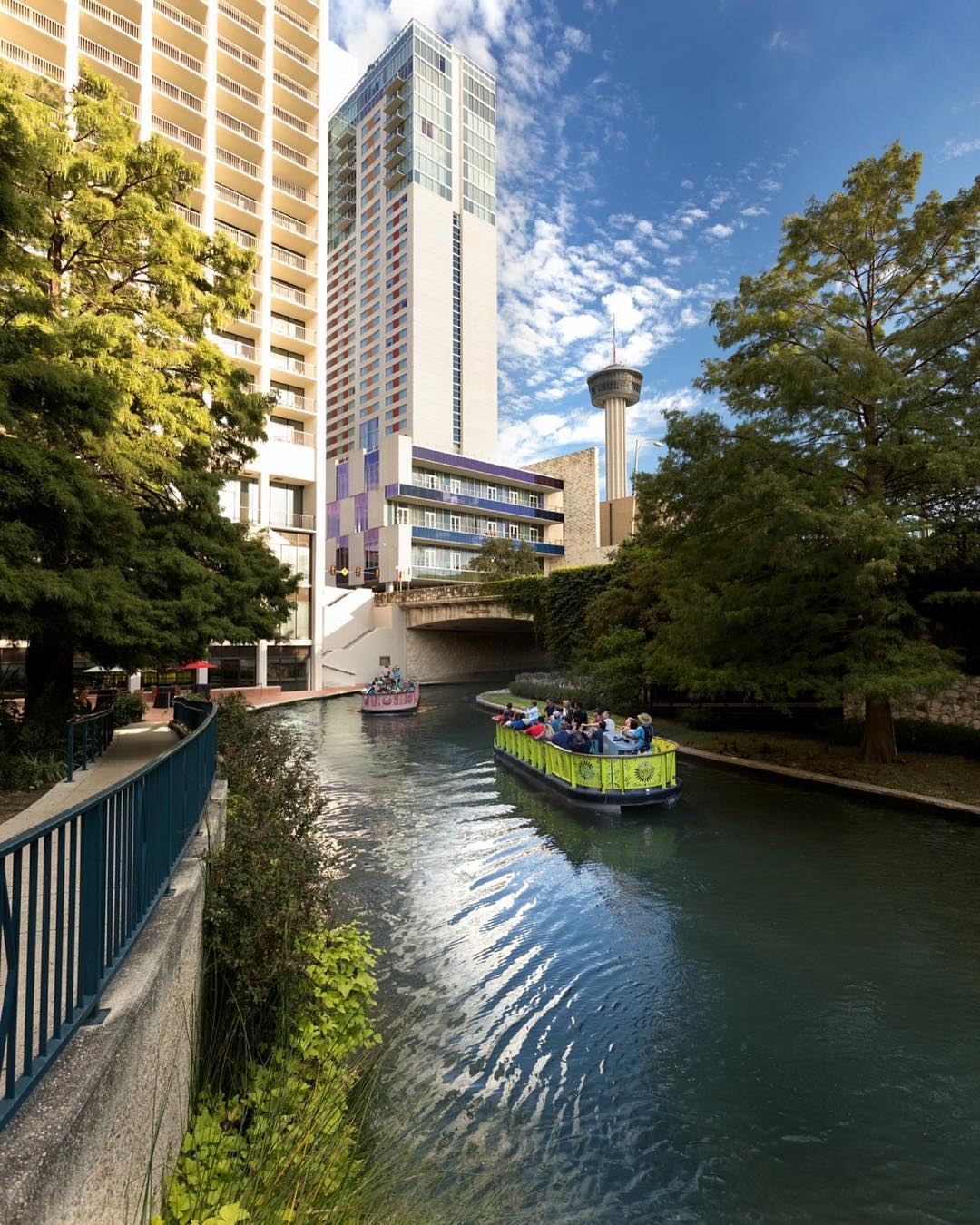 In the heart of downtown and a few blocks from the Alamo, this is the place to be in the middle of the action. The soaring lobby windows overlook San Antonio’s River Walk, a long row of restaurants and shops. You’ll find Starbucks coffee (essential, yes?) in the lobby. There’s a year-round heated outdoor pool on the fifth floor.

The Grand Hyatt is ideal if you’re hoping for great shopping, nightlife, and sightseeing. A hotel spa, 24-hour fitness center, and business area are available for when you opt to stay in. Oh, and it’s pet-friendly! 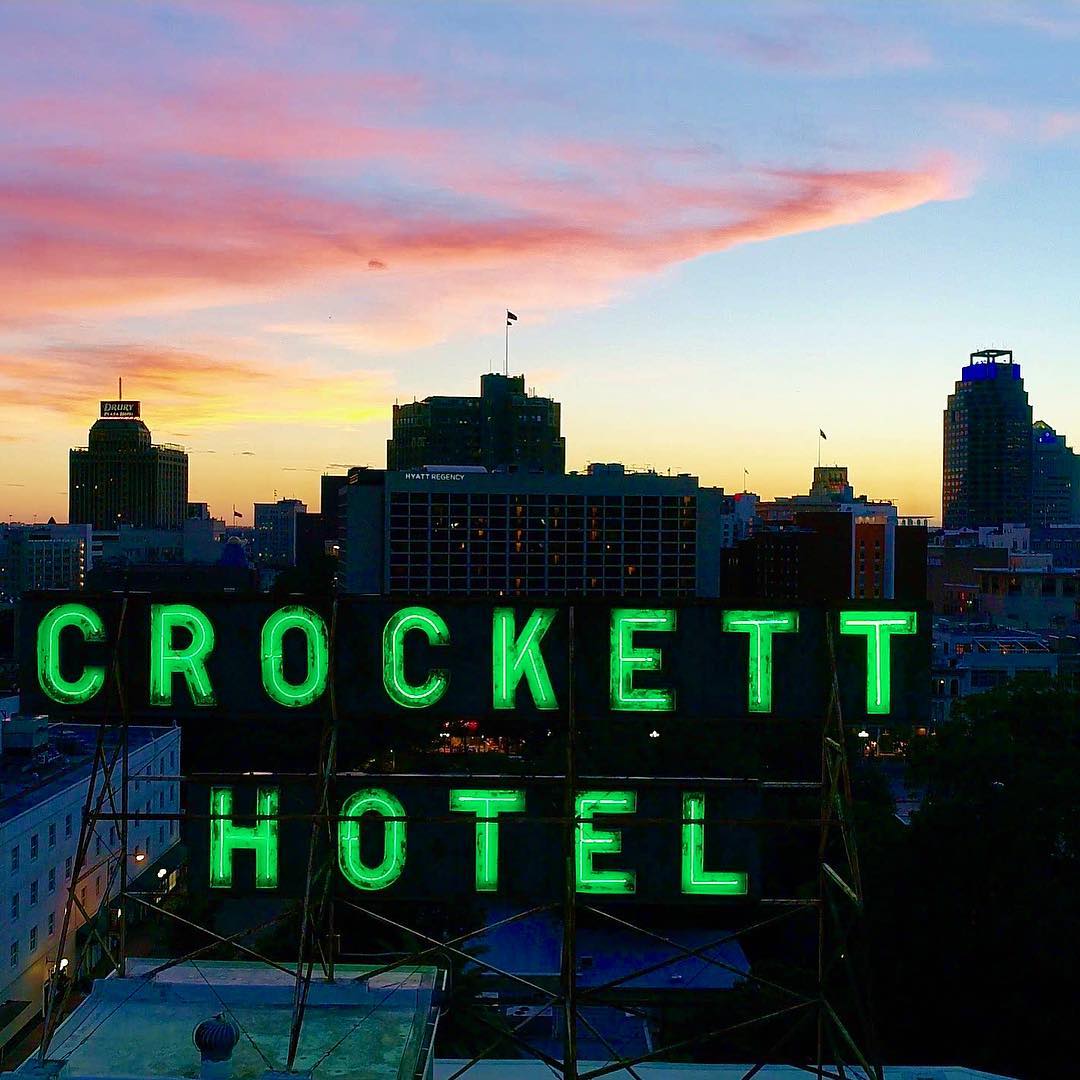 For history buffs, there’s no place like the Crockett Hotel (next to the Alamo, of course). Named for frontiersman Davey Crockett (I’m not the only one who watched his Disneyfied adventures as a kid, right?), the establishment exudes San Antonio pride. Waffles are served in the shape of Texas. The hotel bar features views of the Alamo gardens. There’s no pool, but spa services are available. And a concierge helps with extras like champagne delivery or a “furry friends” package. 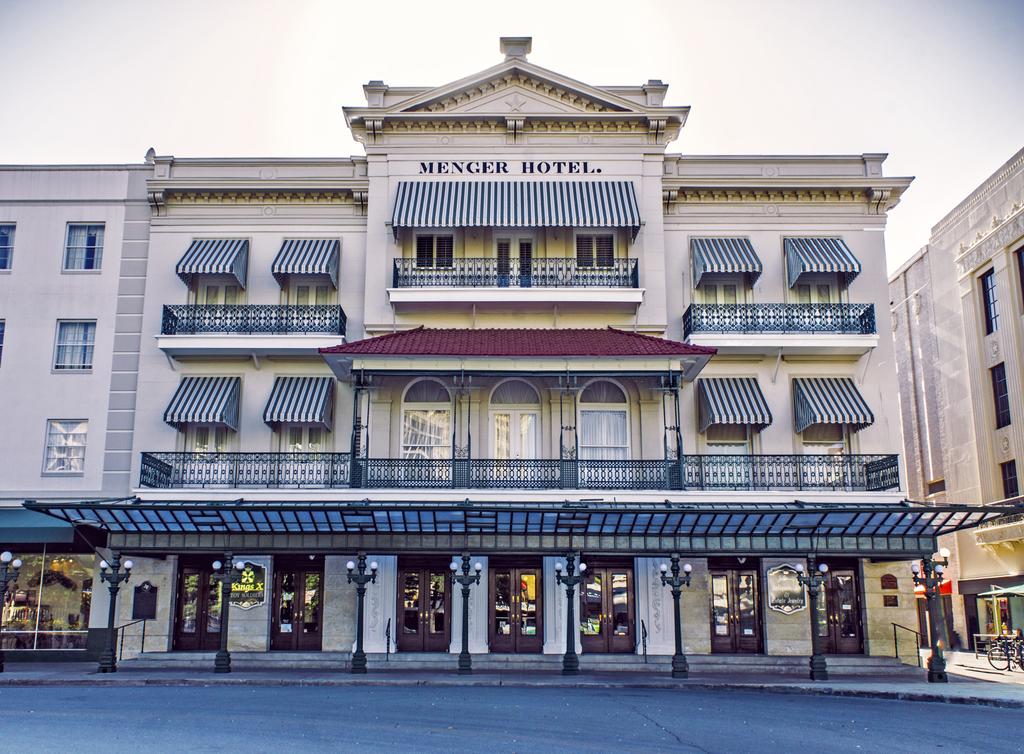 This historic hotel is a frequent stop on ghost tours in San Antonio. The grand old space, steps from the River Walk, offers charming, Victorian-style guest rooms. It boasts a Spanish courtyard for relaxing. And with a year-round heated pool and hot tub on site, it’s no wonder the Menger has remained a San Antonio mainstay. 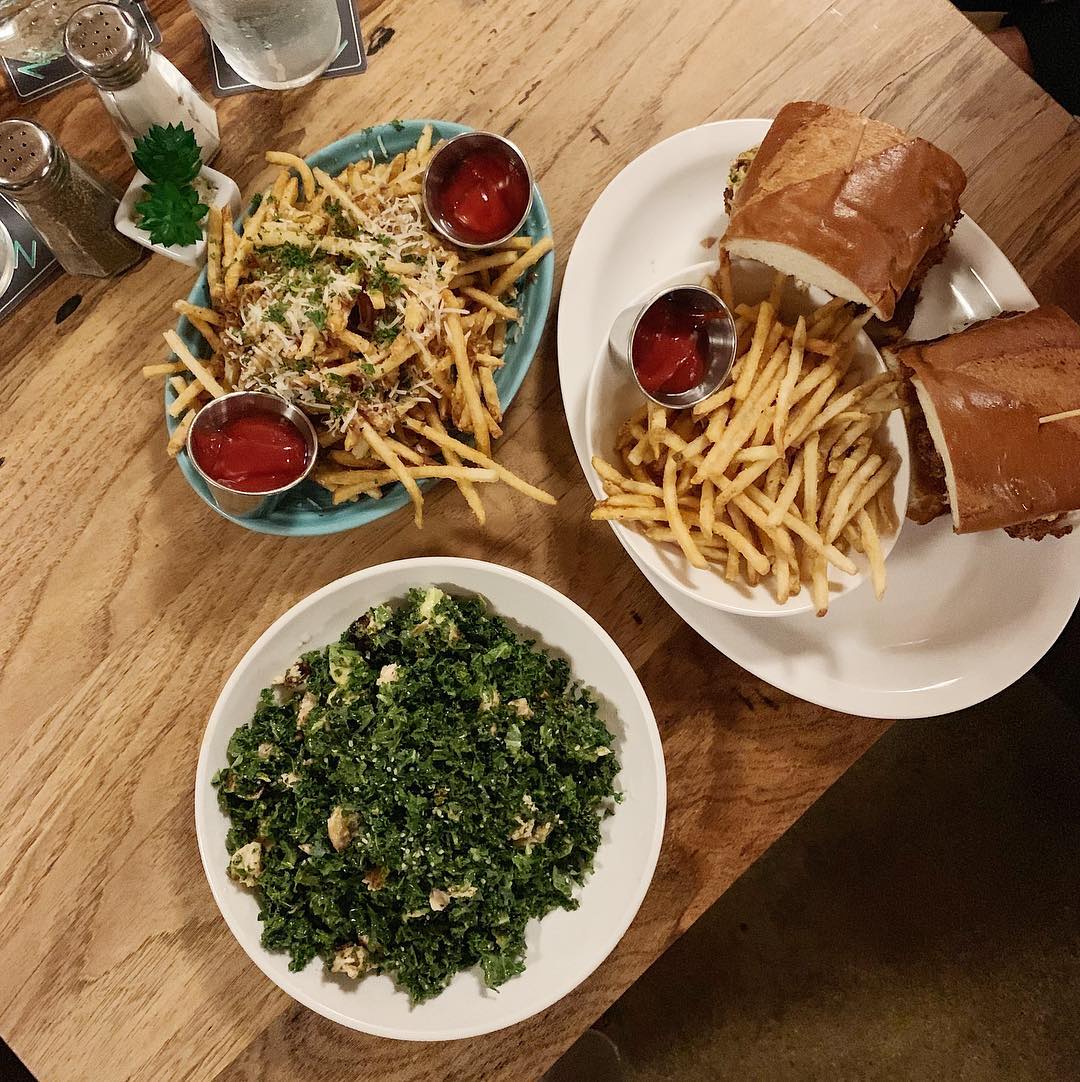 On a slightly chilly evening, I walked to Down on Grayson from my Airbnb rental. This place oozes backyard style and friendliness. Imagine yourself sipping a cocktail at an outdoor picnic table under lights-strung trees. Or maybe you prefer chocolate sheet cake or apple crisp while cozied up to the fire pit on a chilly night. Why not both? This place is chic and comfy, with a side of fresh food (I recommend starting with a side of parmesan fries). 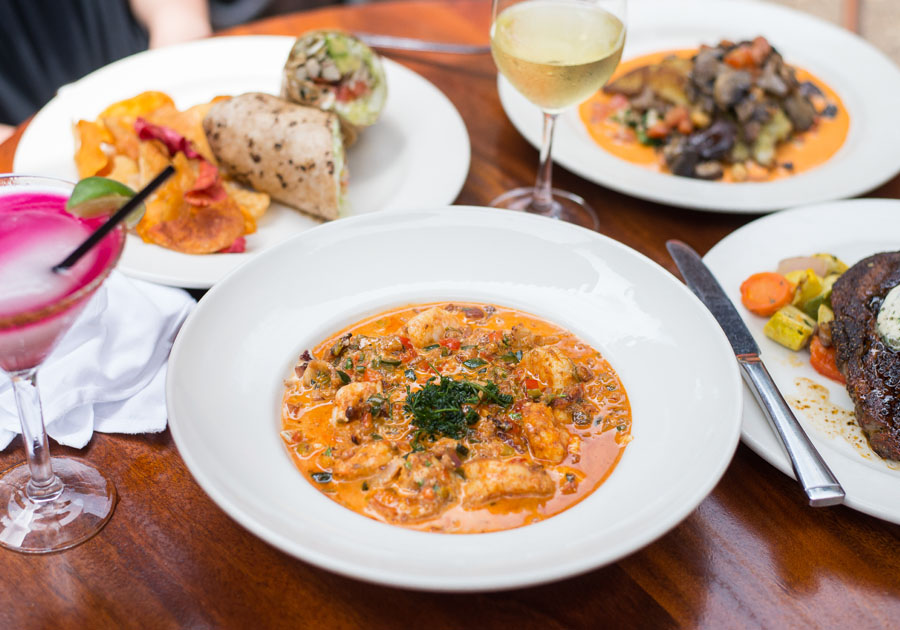 This Texas bistro has been perched on the River Walk for more than 30 years. It’s cozy in a candlelight, tiny tables, antique-mirrors-on-rough-limestone-walls sort of way. If you like a view, there are tables along the River Walk (the restaurant provides wool ponchos on chilly days). Locals recommended the tableside guacamole, and it did not disappoint. I also suggest a round of prickly pear margaritas. 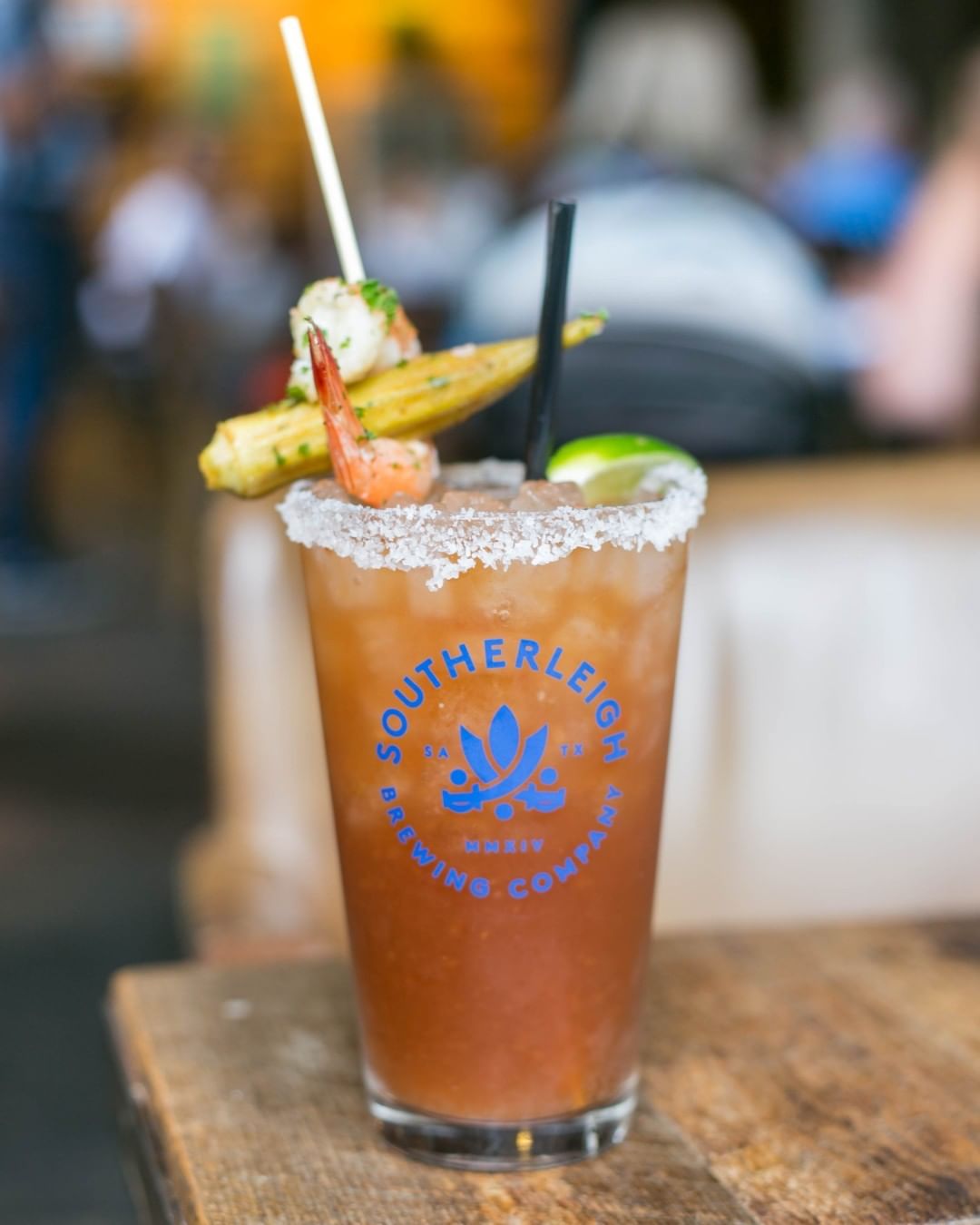 One of nine restaurants at the Pearl, Southerleigh is a charmer. It dishes up fresh, elevated Southern food — chicken cracklings and caviar served with equal panache. Though I’m a vegetarian and the restaurant relies heavily on meat and seafood, I left very satisfied. I hear the crispy fried half-chicken with tiger sauce is delicious, and I can personally vouch for the chef’s fresh ricotta. I left absolutely stuffed, but next time I’m saving room for a slice of Mississippi mud pie. 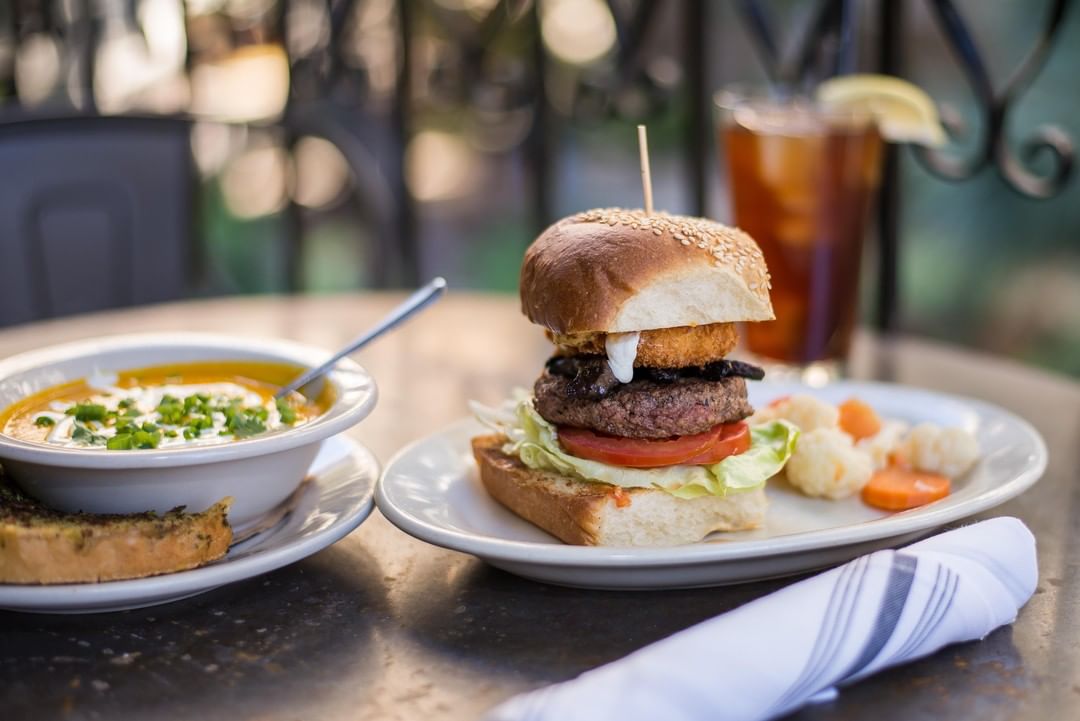 While San Antonio seems to burst with new restaurants and bars, this watering hole has stood the test of time. In fact, the bartender told me The Esquire opened one hour after Prohibition ended. Inside the tavern, kerosine lanterns illuminate velvet wallpaper and 100-plus feet of shiny wooden bar-top. The drinks are serious, but the bartenders are friendly. Mine recommended the Arborist, and the apple brandy cocktail did not disappoint.

A note: Don’t overindulge if you want to make room for your next stop — the speakeasy downstairs. Follow signs for the restrooms, then keep walking down a dimly-lit stairway. Low lighting and dark patterned tile accentuate the intimate allure of the bar, which has a different menu from the street-level tavern. If you happen to be in town on a Tuesday, stop by the speakeasy for “Fried Chicken and Champagne Night.” 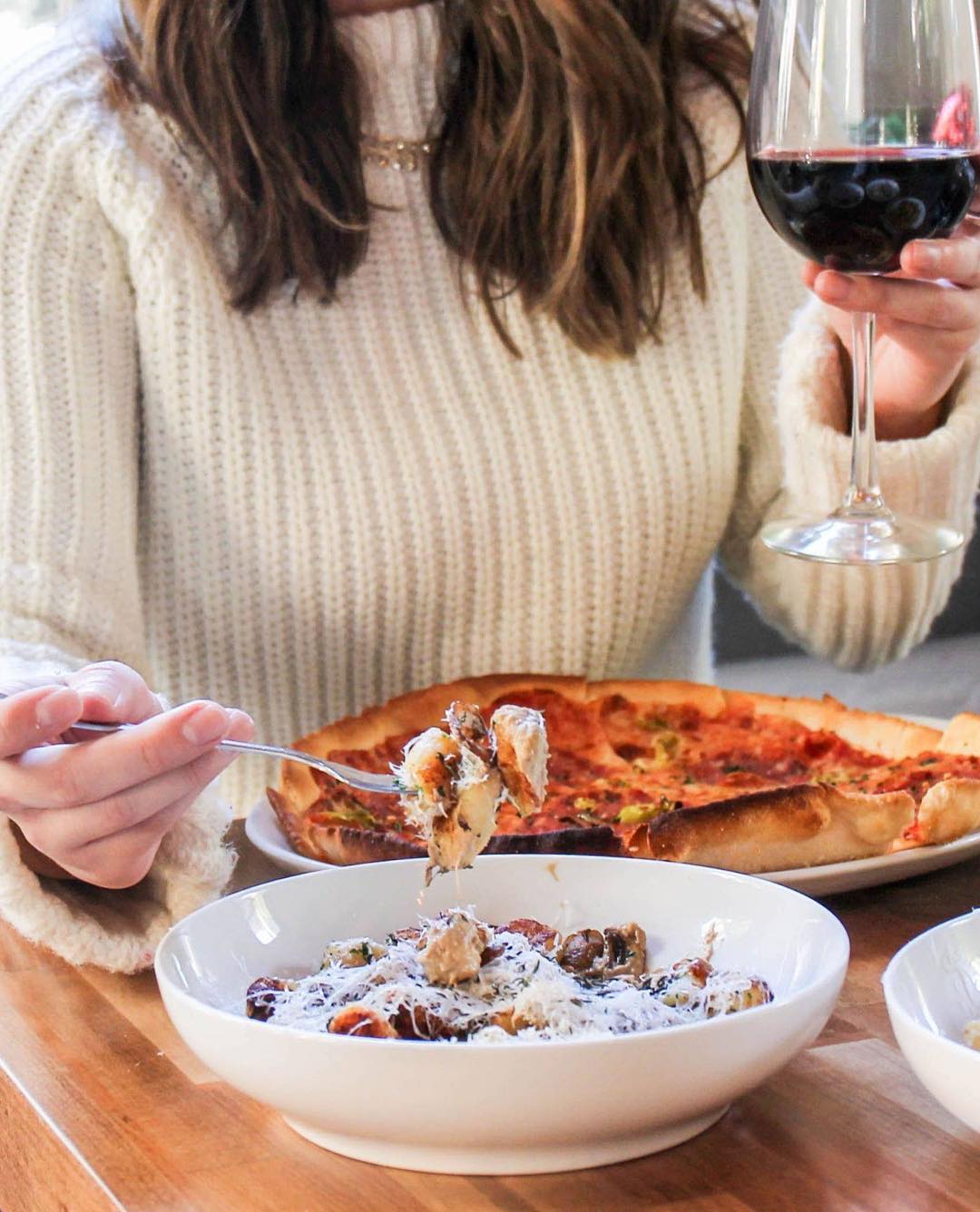 Officially named Tre Trattoria at the Museum, this Italian-leaning food destination is run by Iron Chef Gauntlet contestant Jason Dady. Its attachment to the San Antonio Art Museum and its high white walls give the space a clean, cultured vibe. Flourishing greenery and a central wooden bar keep it homey. Menus shift with the seasons. If you stop by soon, treat yourself to the saffron risotto or “crispy skin” rainbow trout. 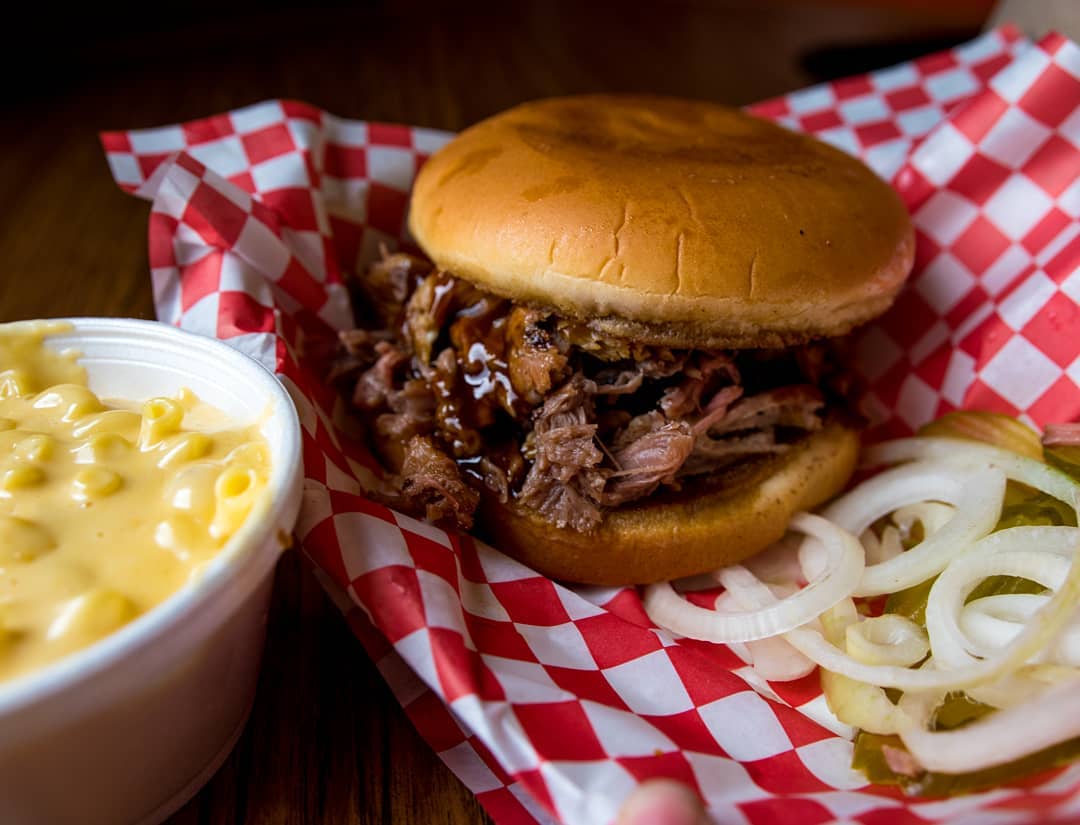 Full disclosure: I didn’t eat at Augie’s — mostly because I ran out of time with so many recommendations from San Antonians! But if barbecue is a must on your trip to Texas, Augie’s got the most votes from my Uber drivers throughout the week. (Pro tip: For insider info, always ask your bartenders and drivers where they like to eat and drink.) I hear the smokehouse is good for ribs and a particularly decadent brisket grilled cheese.

Though you’re welcome to imbibe at the restaurants listed above, I visited three distinct San Antonio distilleries that warrant their own special category. Two are slightly off the downtown beaten path, so thanks to Visit San Antonio for pointing out these gems when I asked for recommendations. Don’t miss them! 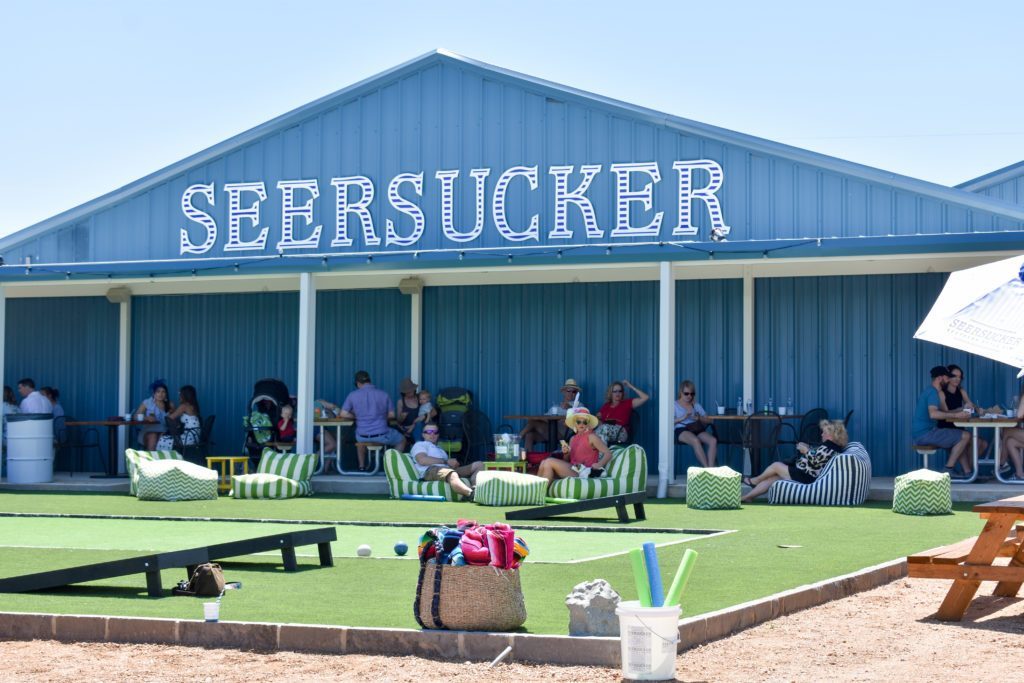 I’m not a gin girl. Or so I thought until I came under the influence of the hospitality and patented “Southern Style Gin” at Seersucker Distillery. The distillery sits at the end of a long, middle-of-nowhere road outside San Antonio. It is well worth the drive (or ride, if you shell out $25-30 for Uber or Lyft, depending on where you are downtown). Owners Trey and Kim Azar graciously share their knowledge in the tasting room, though you can take an official tour if you’re the type who wants to see the whole operation up close. Even better: You can enjoy a “ginned-up” lemonade from a seersucker-striped cup while relaxing on the front porch or playing yard games. The couple recently expanded the business begin hosting events. And if the chic tasting room is any indication, the upcoming weddings on the manicured lawn will be styled to pastel perfection.

The gin itself tastes light and refreshing thanks to the botanical blend of clove honey and juniper. Try an infused variety if, like me, you think you don’t like gin (grapefruit was my favorite!). The bartender, Joe, mixes up an impressive variety of gin-based cocktails. I recommend the Bee’s Knees. 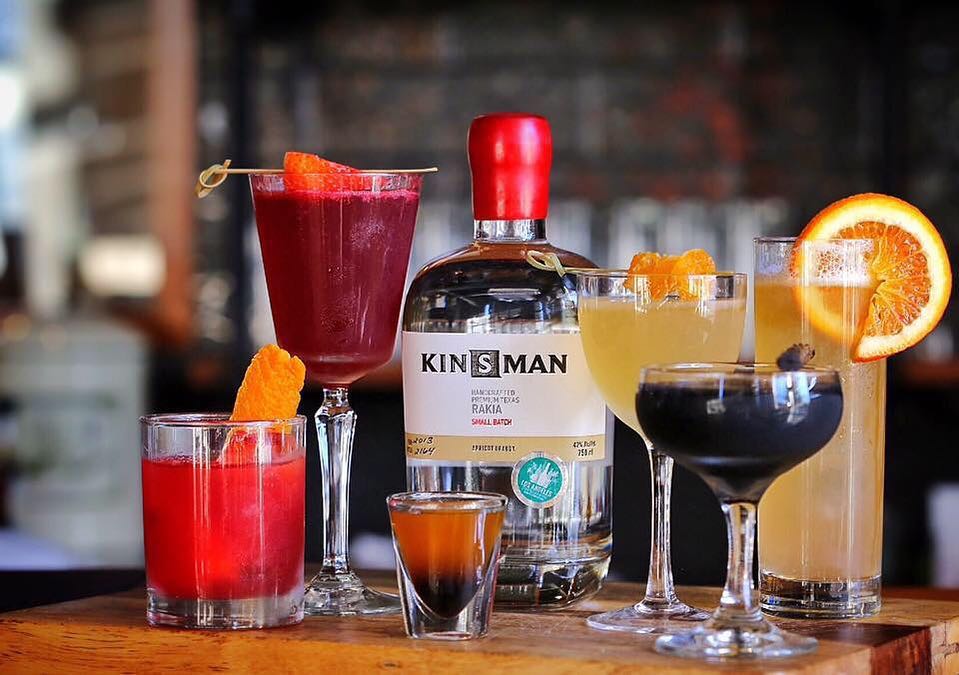 This Southtown distillery’s cocktail menu is anchored by one spirit: rakia, a fruit brandy popular in Balkan countries. Serbian-born co-founder Boyan Kalusevic uses a process passed down from his grandfather to recreate the European elixir in San Antonio. In fact, I learned that Kinsman Apricot Rakia is the first official Texan-distilled brandy.

Growing business from a family tradition means the work is personal. Fellow patrons told me it’s not unusual to find Boyan or co-founder Chris Mobley working behind the bar. It was hard telling which customers were friends, family, or newbies stopping by for a drop of rakia or the Dorćol label of artisan ales, HighWheel. The small tasting room expands out to an industrial wood and metal patio, which is nice if you plan to bring the whole crew. 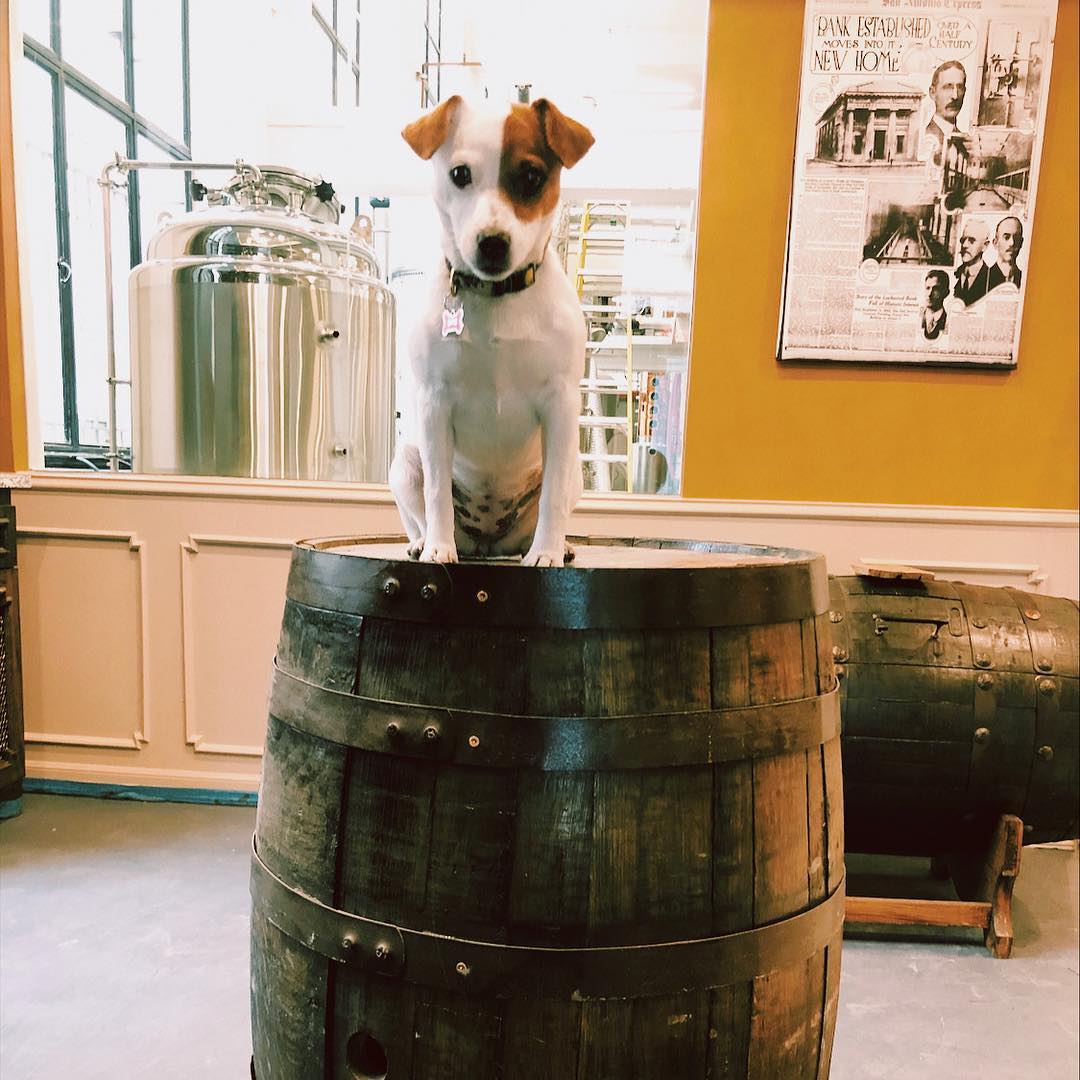 Maverick Whiskey is a stone’s throw from the Alamo. The location is ideal for enjoying a quiet, classy whiskey tasting instead of heading to one more downtown bar. But Maverick Whiskey, housed in the old Lockwood National Bank, is so new the paint is still drying. In fact, the soft public opening is in May, setting it up for plenty of late summer lounge nights. I was fortunate to get a sneak peek. And the space, all mosaic-tiled floors and a dark wooden bar, promises sophistication.

The distillery is the passion project of a local descendant of Sam Maverick — yes, the man responsible for the term (“an independent individual” according to Merriam-Webster). Back in the 1800s, before Sam narrowly missed the Battle of the Alamo, he turned heads by refusing to brand his cattle. Unbranded cows became known as “Mavericks” — different, unconventional, standing out from the crowd. Maverick Whiskey is hoping to stand out too. It has all the trappings of a fancy old-fashioned tasting rooms, complete with gas lamps in the alleyway outside. If you check it out this year, let us know if the bar lives up to the hype! 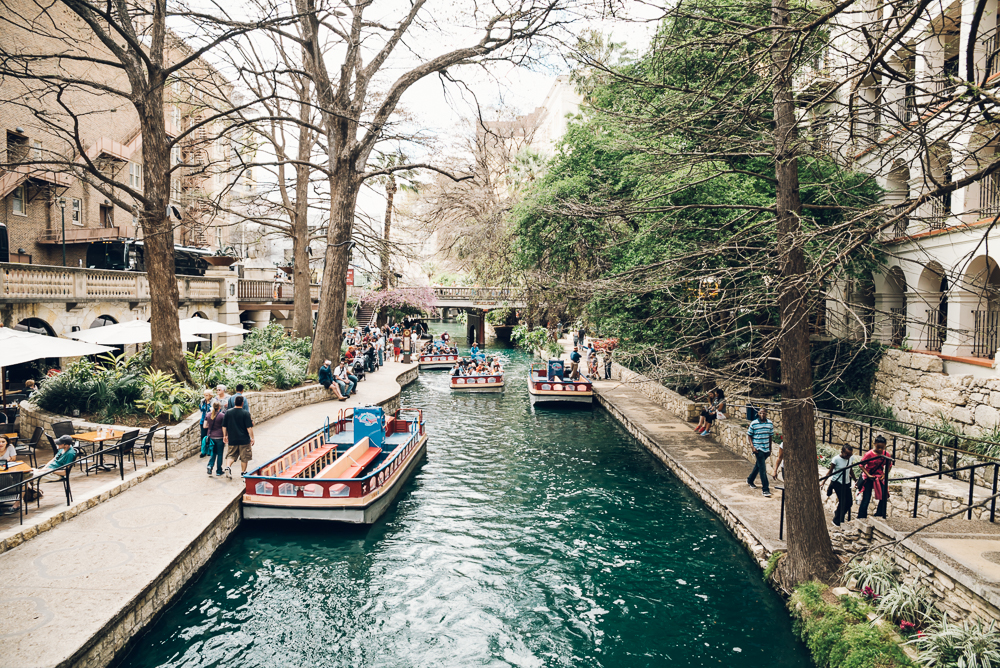 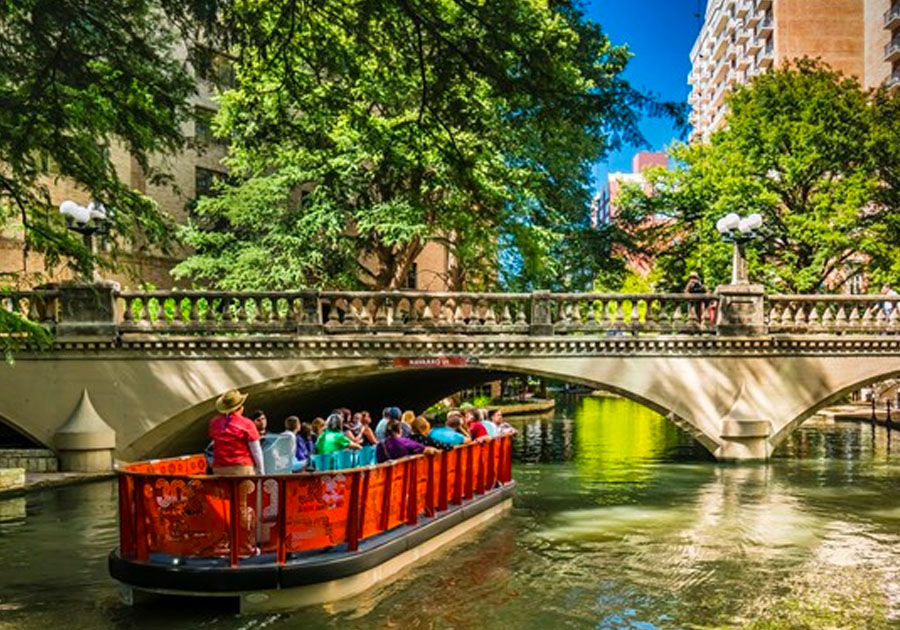 No visit to “River City” is complete without a stroll down its River Walk. The pedestrian dining and shopping zone is pretty at night and crowded in the day. To catch the sights without getting stuck in a throng of fellow tourists, hop on a GO RIO narrated river cruise. The guides are friendly and educational. Plus, you can sit back and relax while you scope out which restaurant you want to try for dinner. 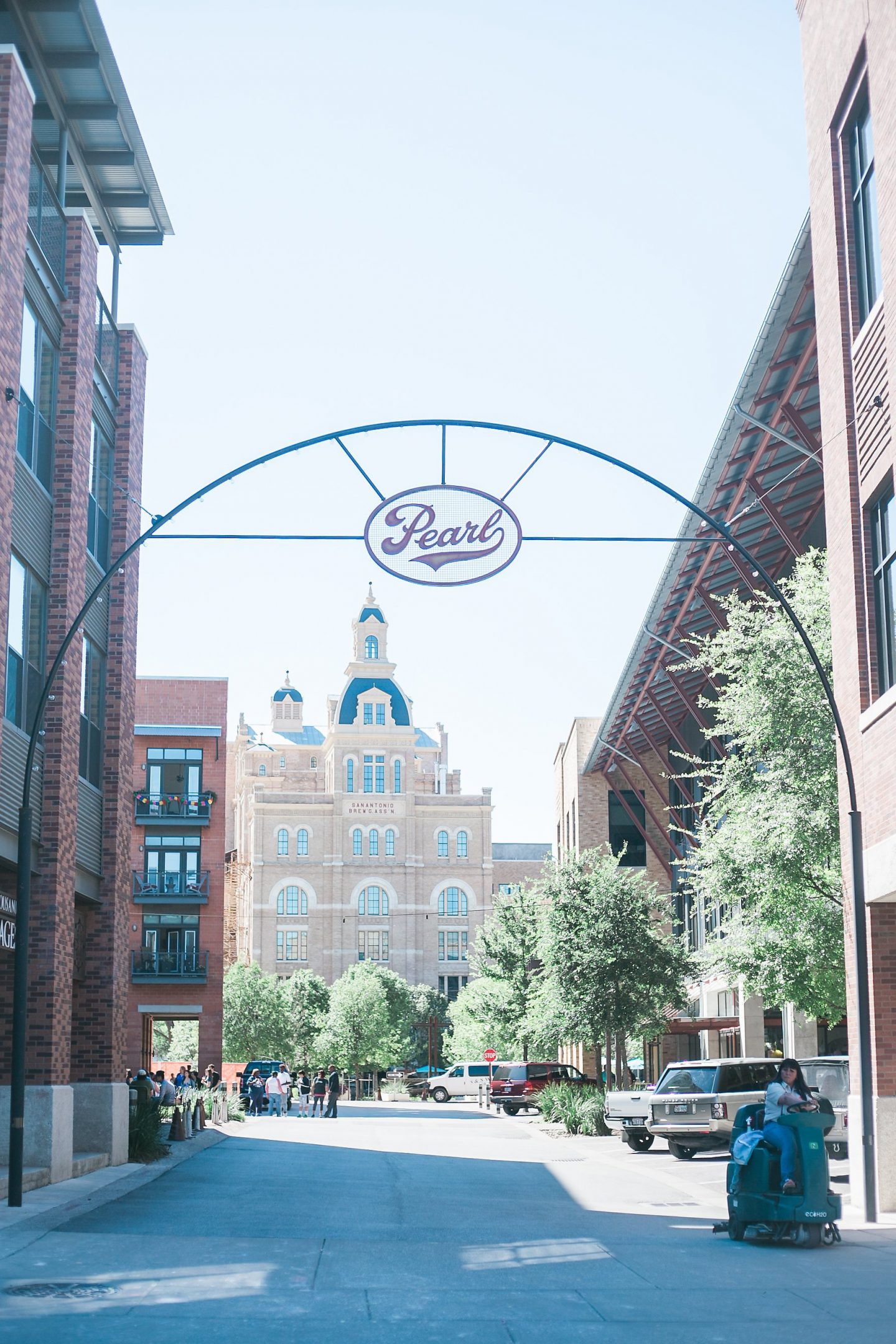 I’ve already mentioned Hotel Emma, and I’ve already noted Southerleigh. The Pearl, a trendy live-work-play space in the old Pearl Brewery, is a gem. About a mile and a half from the main River Walk, you can take a long stroll between the two or hail a ride. Either way, go. The renovations are beautifully done. It’s easy to spend an afternoon exploring (and eating!). 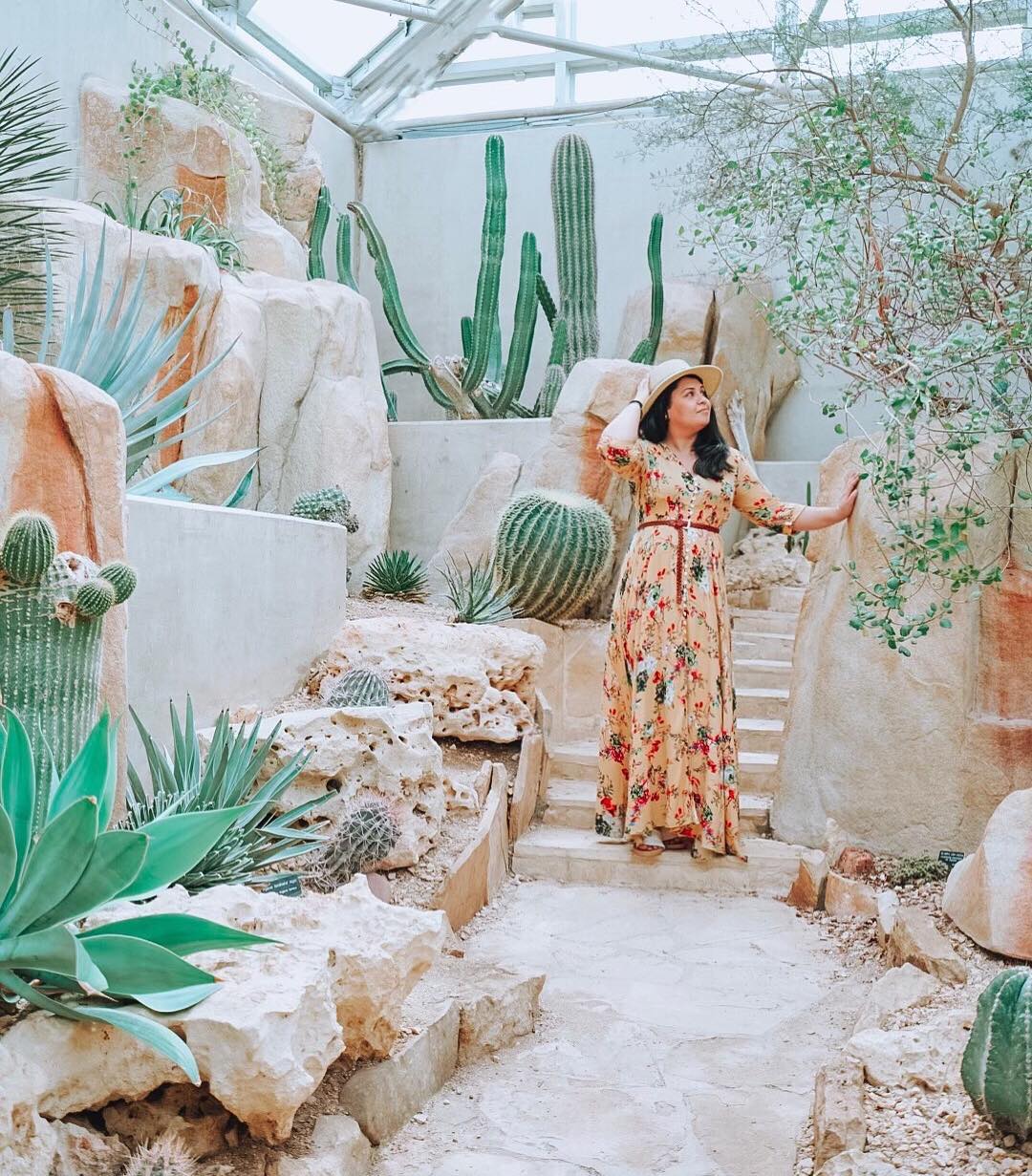 Once you’ve explored the city, head to the gardens. Spend a couple hours wandering the Texas Native Trail or Lucile Halsell Conservatory. Quiet and green, it’s the place to clear your head. Bonus: With tropical gardens, a fern grotto, fruit trees, and a desert pavilion, you’ll find plenty of backdrops for the ‘gram. 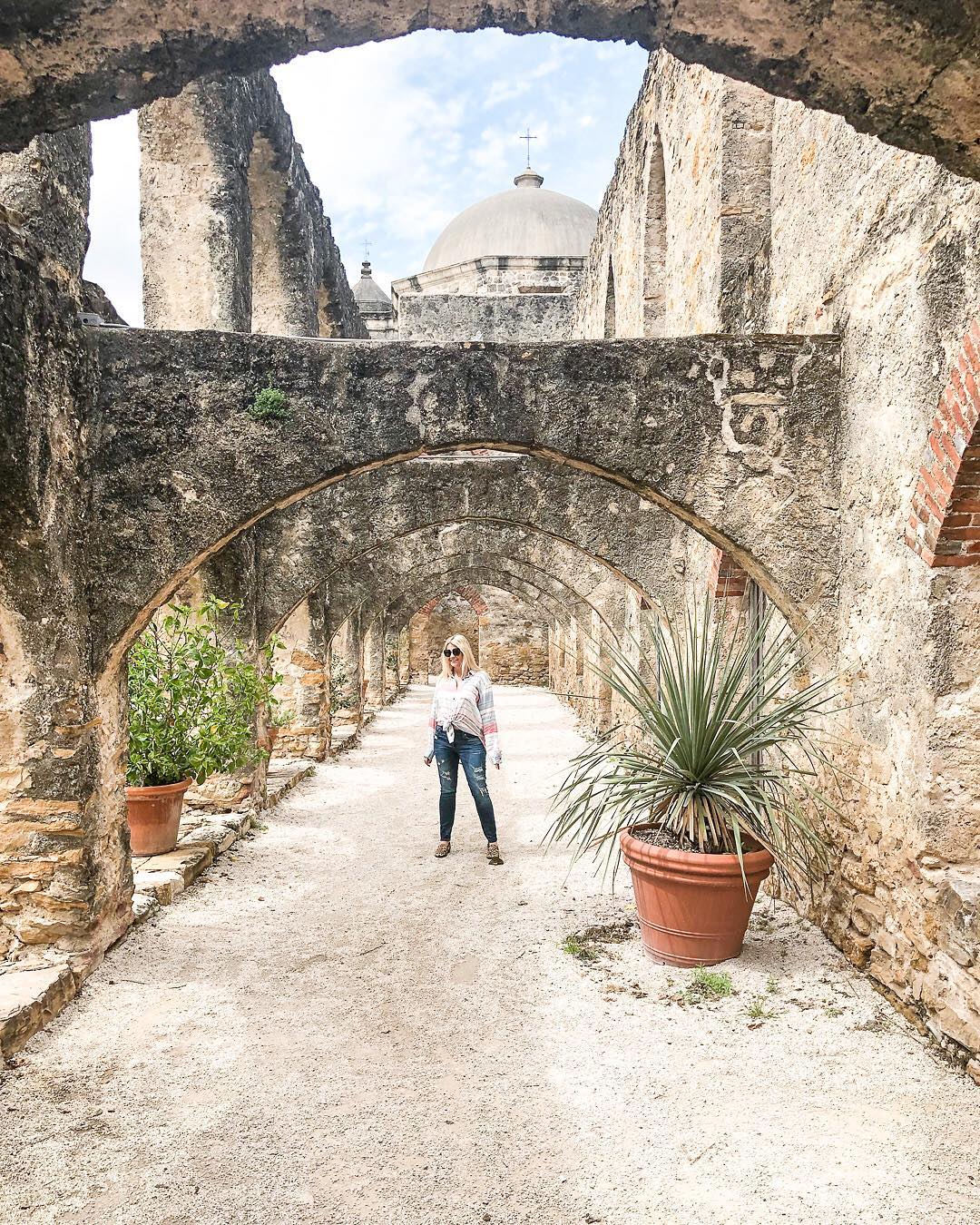 History and culture buffs, this one’s for you. The Alamo is just one of six San Antonio missions. Five of these Spanish mission outposts are part of a UNESCO World Heritage site. After exploring the Alamo grounds, head to Mission San Jose, the oldest of the collection.