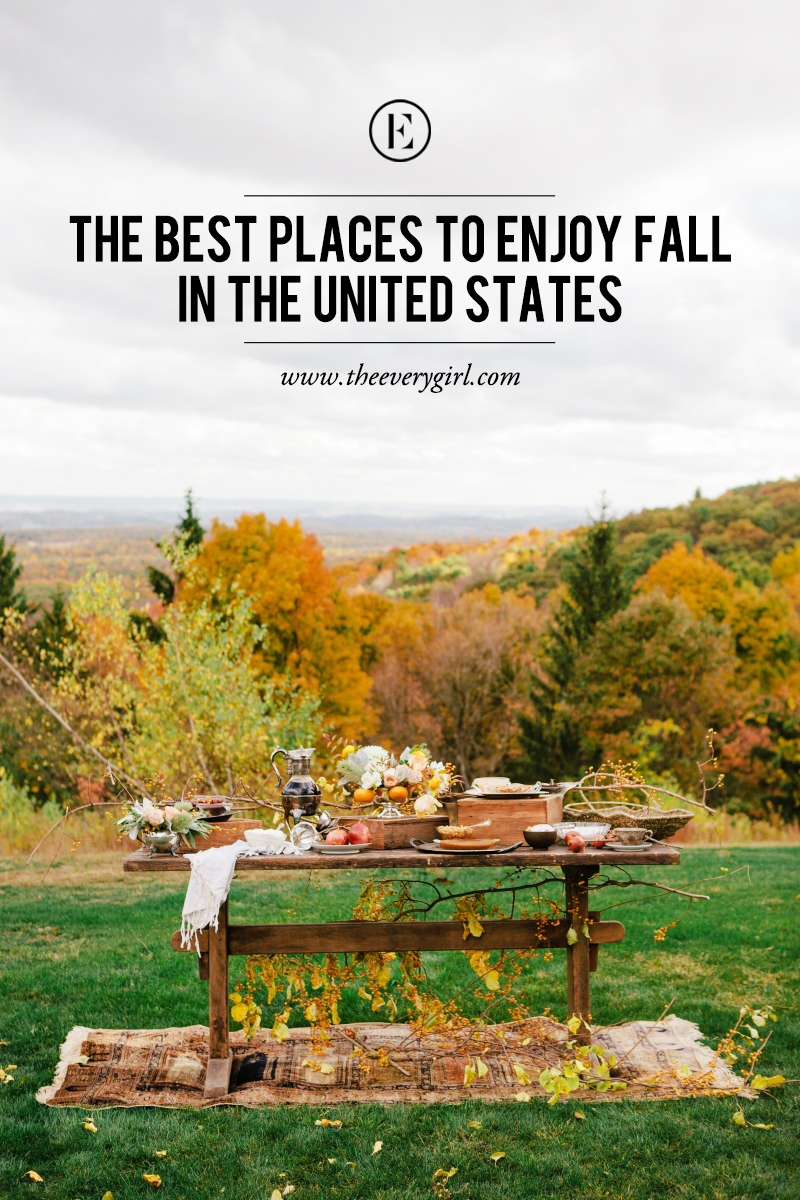 Fall is a favorite for so many reasons. It’s like nature gives us permission to finally start winding down—while also simultaneously granting us a new slate. There’s something about changing leaves and a bouquet of freshly sharpened pencils (thank you, Tom Hanks) that makes us feel like anything is possible. Magic, it’s probably called.

So what better time to get out and explore the U.S. than during September, October, and November? Whether you’re in postcard-perfect sweater weather or sweating it out on the edge of the Pacific, here are the best places to keep that magical fall spirit from vanishing into thin air. 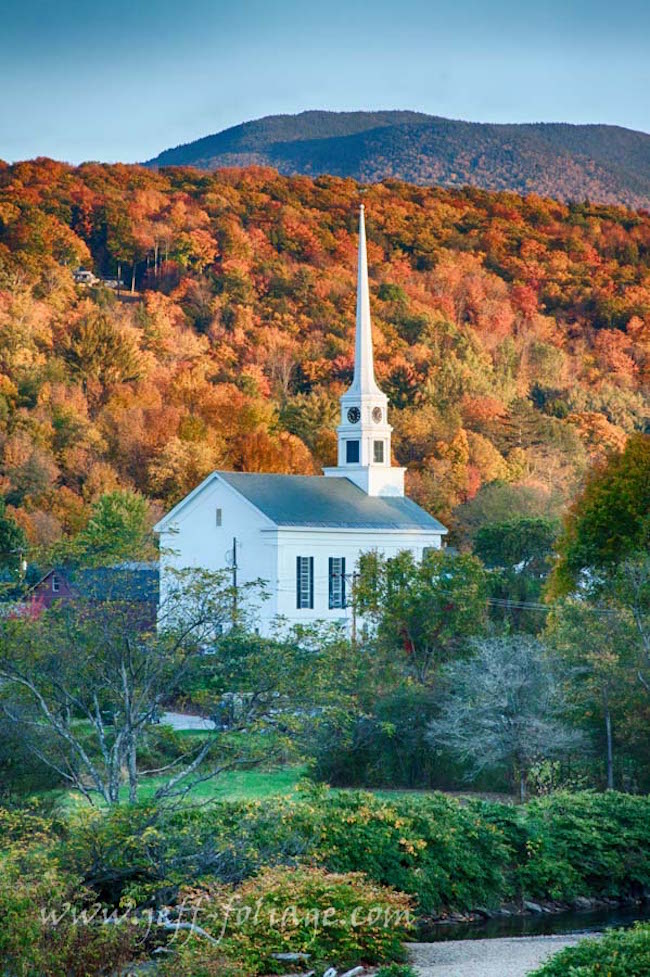 The picturesque-ness of Stowe might actually make you weak in the knees, especially in early October when the leaves typically show off their brightest colors (you can even track the latest foliage report, here). The white spire of Stowe Community Church is a hallmark against the trees, and early mornings are best spent on a walk through the charming downtown, just after the lampposts switch off and the fog still lingers.

And please don’t forget to hop on iconic Route 100. Considered one of the best foliage drives in New England, this stretch of road from Canada down to Massachusetts strings together Vermont’s prized ski towns with rolling hills, quaint farms, and leaves—all those glorious, glorious leaves. 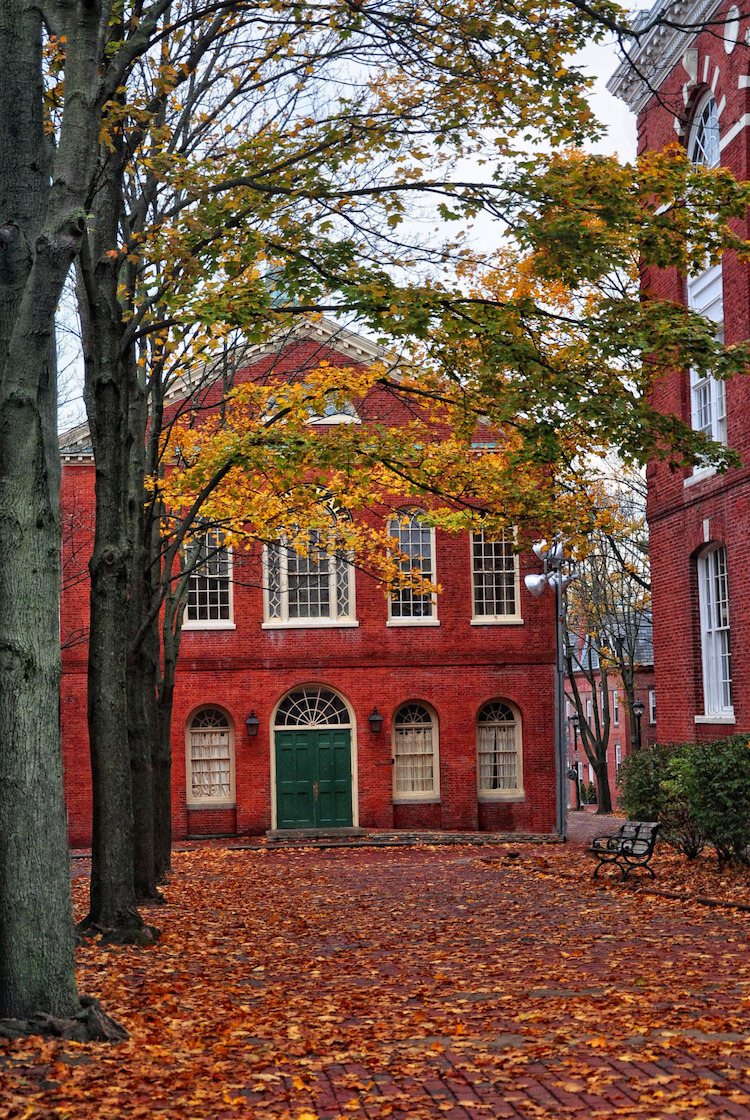 Sure, Salem is known for some popular trials back in the day, and while its spooky spirit is unarguably one reason to visit, it’s not the only one. Those who visit before Halloween (early to mid-October) have the best chance of walking through a real-life history book (see: Turner or Derby Streets) while foliage is at its peak. You’ll appreciate this best with the trees that frame the black Turner-Ingersoll House, the oldest surviving wooden 17th-century mansion in New England or the cherry-red home of Nathaniel Hawthorne, “placed” right next door. 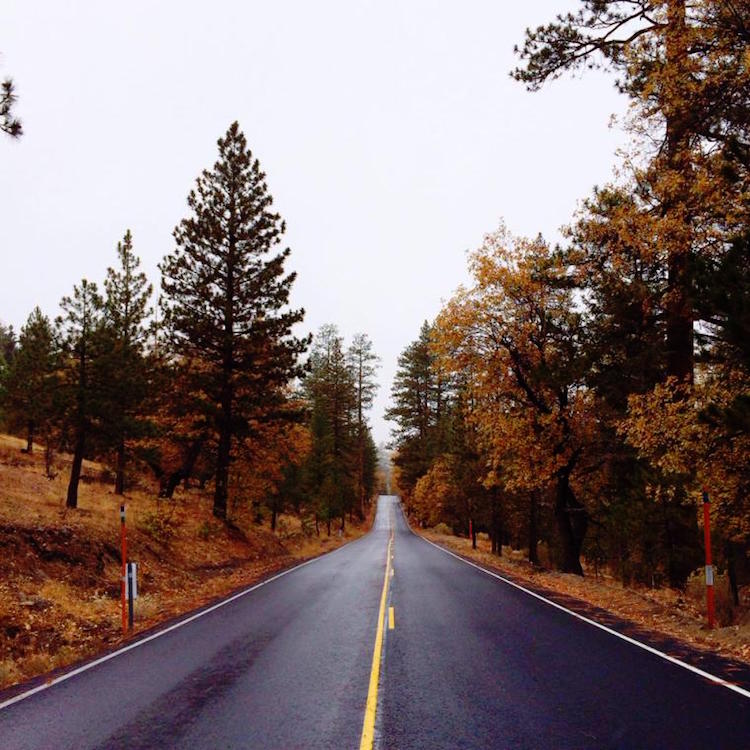 Though the temperatures rarely appear to back it up, Oak Glen is the perfect escape for southern Californians who want in on some fall action. A hub of apple orchards, U-pick pumpkin stands, tractor rides, and corn mazes, this is where you come to get a taste of the seasons. Mid-September is typically the best time to visit; you’ll want to be sure to hit Snow-Line for apple cider donuts, Riley’s for apple picking, and Apple Annie’s if you’re famished.

Just make sure you wear a tank-top underneath your favorite flannel. Chances are you’ll have it tied around your waist by lunch. 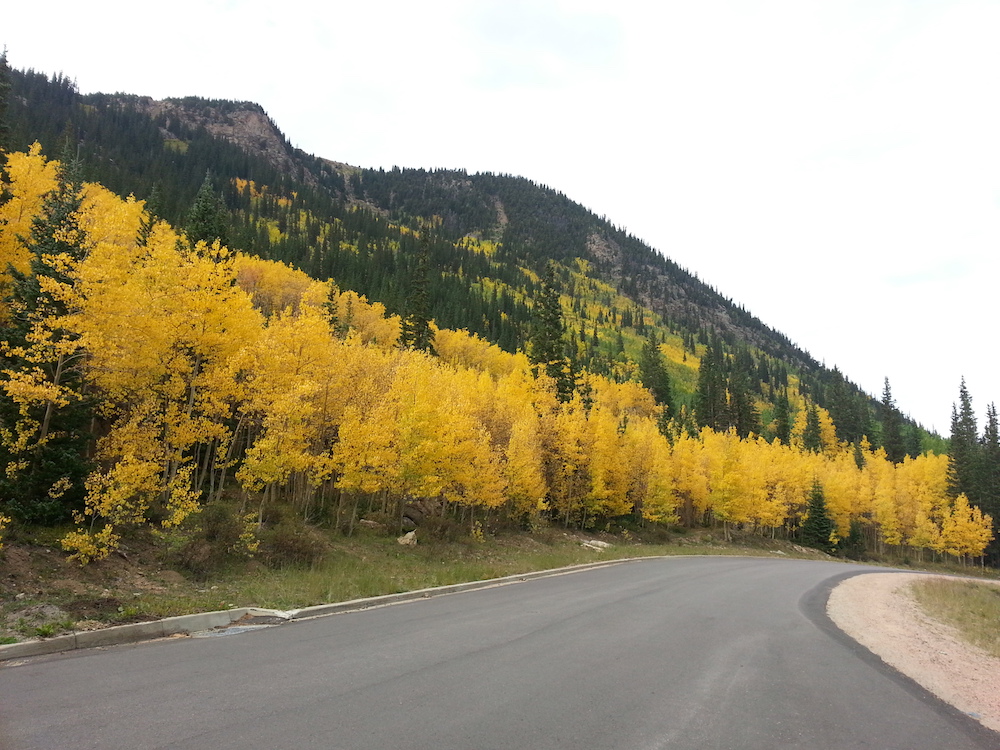 Golden leaves—and ghost stories—abound in this tiny town tucked at the base of the Rocky Mountains and a short drive from Fort Collins. To rightly set the mood for fall, you should know that the Stanley Hotel, also located here, served as Stephen King’s inspiration for The Shining. After staying at the Stanley with his wife, King awoke from a nightmare set in the hotel’s empty hallways. A few hours later, the premise for his legendary thriller was born. 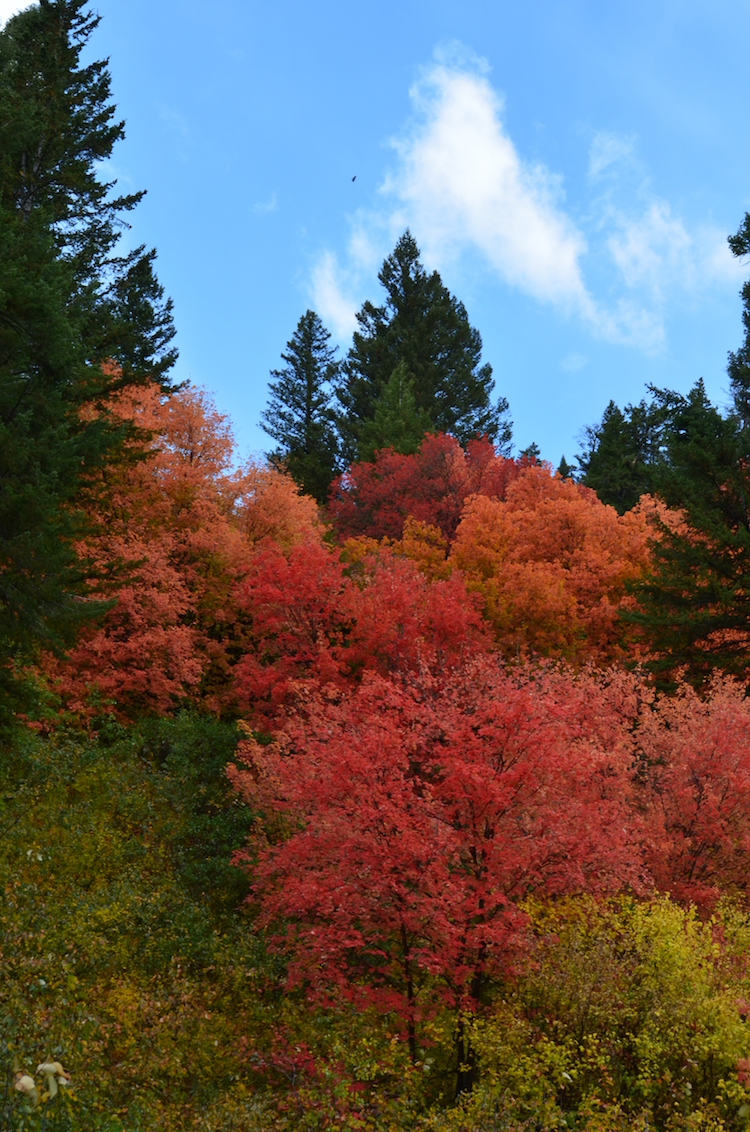 Grand Teton National Park needs a spot on everyone’s bucket list, so why not choose fall as the perfect season to check it off? Summer tourists have retreated home and the winter skiers have yet to descend, which makes September and October’s not-too-cold weather and not-too-crowded scene prime for hiking—beneath a fiery palette of treetops, no less. 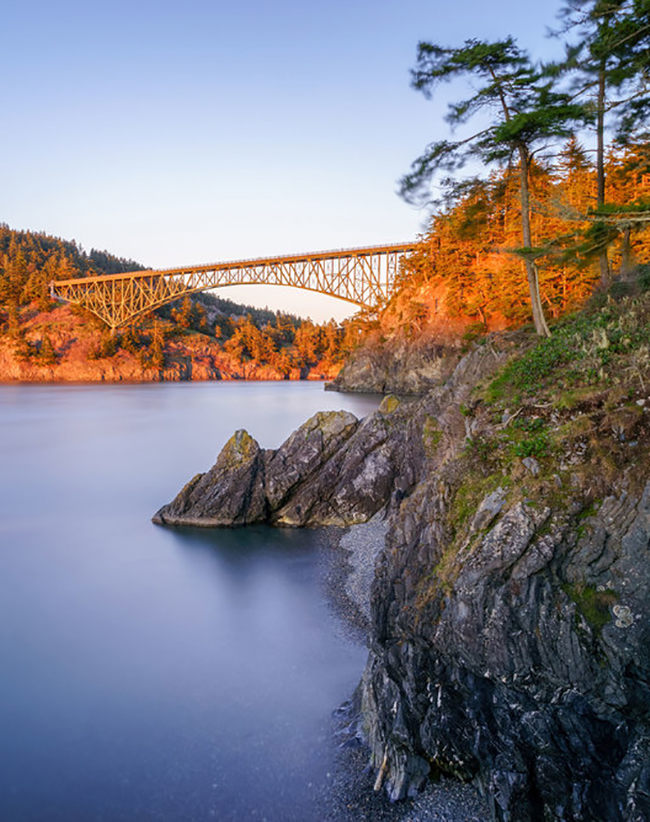 Fans of the movie Practical Magic will find Whidbey Island very familiar, specifically the town of Coupeville. It’s a charmer that hugs the Puget Sound and has all the workings of a perfect fall day: farm stands, coffee shops, docked boats, and a distinctly “old frontier” vibe. Though there are a plethora of places to find fall in the entire state of Washington, there’s nothing like watching the sunset from Deception Pass State Park. Wrapped in a fuzzy blanket on the beach with some hot cider and cozy toes, you’ll convince yourself you’re actually witnessing a tiny preview of heaven. 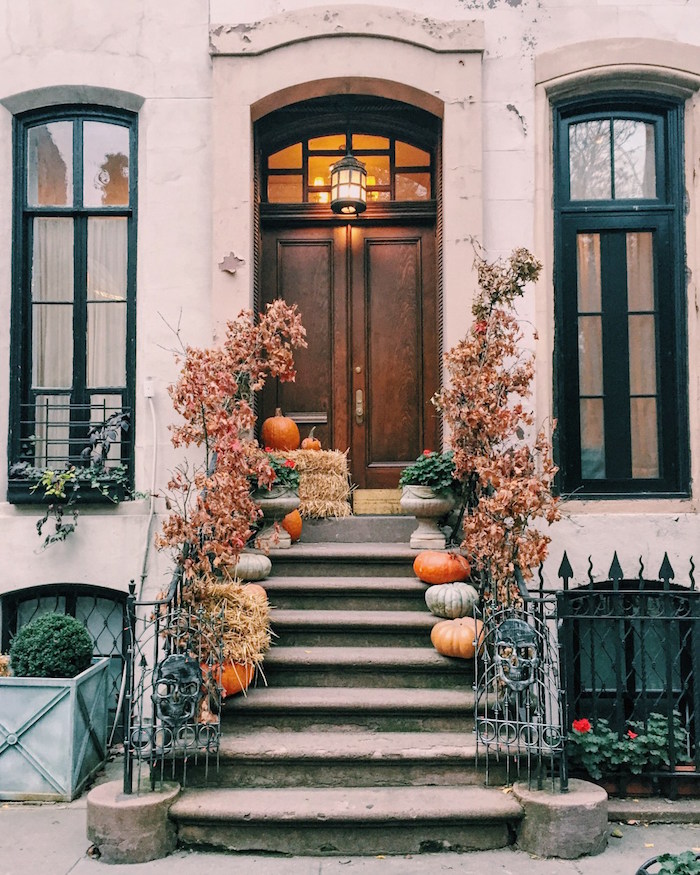 She glitters all year ‘round, but in the fall she’s nearly perfect. Promise yourself you’ll make it to New York at least once in the fall, when the steam rushing up from the subway won’t melt you, when the sky pops with a crystalline blue, and the crunching of leaves is almost as satisfying as the Levain cookie you’re savoring while strolling Central Park. Romantic, expensive, and probably crowded? Most likely. Worth it? Always.

Where do you dream about visiting in the fall?