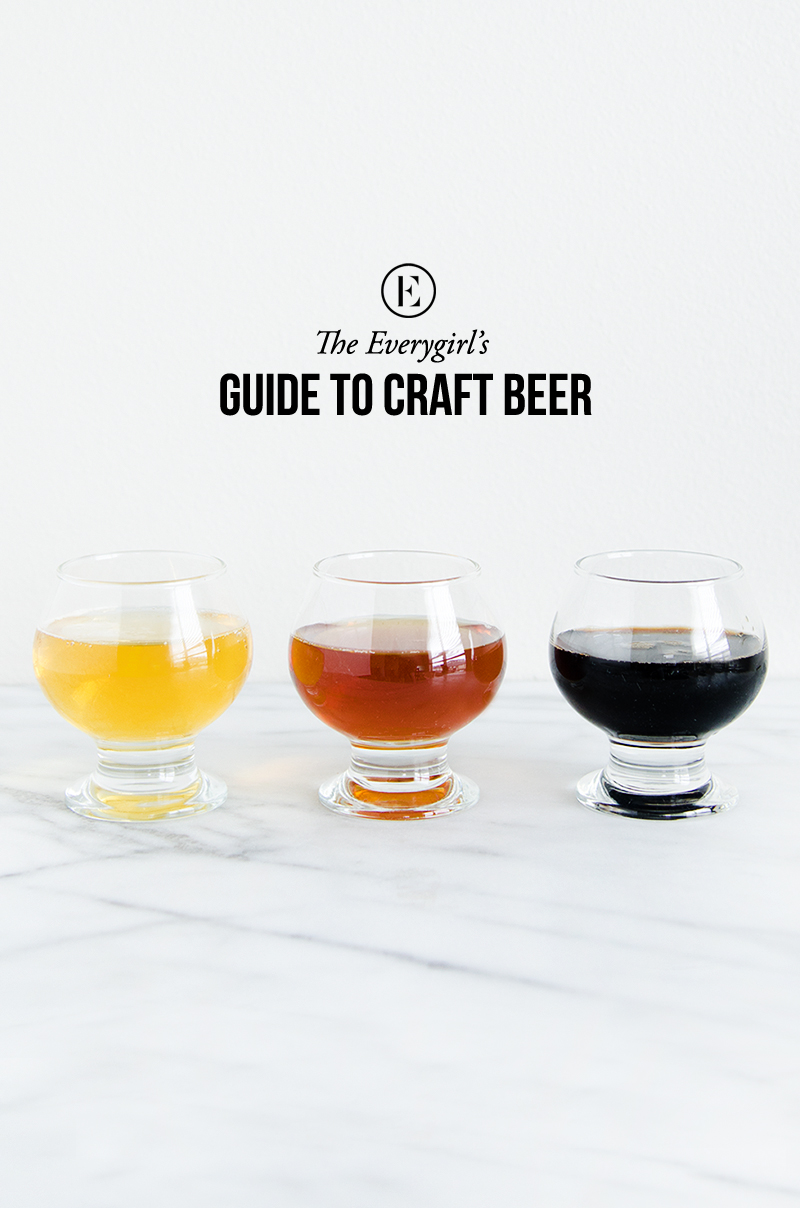 The world of craft beer is one worth exploring and can be a fun experience. We are delving in and explaining all the ins and outs—everything from how the beer is made to what it pairs best with. You’ll be an expert in no time! Or should we say a “Cicerone”?

What is Craft Beer?

Before defining exactly what craft beer is, let’s first talk about American craft brewers. According to the Brewers Association, a craft brewer is defined with three different categories:

How are craft breweries different than larger, commercial breweries?

There are many differences between larger U.S. breweries and smaller craft breweries. Typically, microbreweries are known for their specialty small batch “boutique” beers. These beers may follow a certain theme and season, or may feature specific ingredients in a series. Microbreweries don’t get taxed as much as larger breweries, and typically rely on regional distribution versus mass production. If a microbrewery becomes popular enough to be picked up by a larger brewery, they lose the microbrewery classification.

Most microbreweries have a tasting room and some have brewpubs attached. Brewpubs are a pub or restaurant specifically made so customers can have a full experience getting to know the brewery’s craft beers.

How is beer made?

Each brewery uses different techniques, but generally beer is made following these steps:

1. Mashing: Grains (such as malted barley) are soaked in hot water to release the sugars in the grains—this is important because yeast ‘eats’ the sugars later in the beer making process, which produces alcohol. The malt is responsible for the fermentable sugars and also adds flavor, aroma, sweetness, and body to the mash. This first step takes place in a mash tub.

2. Sparging: The grains are rinsed with hot water to extract the sugars, then separated from the hot liquid (this is called lautering). This hot liquid is called wort (pronounced wert). The grains are no longer needed at this point because this liquid will become the beer.

3. Boiling the wort: The wort is boiled to kill any microorganisms that may be in the liquid. During this stage, hops are added to the beer because they require boiling water to release their flavor. Hops added at the very beginning of the boil have a different effect than if added toward the end, so when the hops are added is a very important detail each brewer fine-tunes. This whole process takes about an hour.

4. Cooling the wort: After the wort is boiled, it is cooled to a cool enough temperature that yeast can be added. During this point, the brewer must be very careful of contamination since the wort is no longer at high temperatures. Yeast is added in at about 80 degrees and is now ready for fermentation.

5. Fermentation: During fermentation, the yeast eats the sugars released earlier in the process and coverts them into alcohol. The carbon dioxide is released into the air while the alcohol stays in the beer, which is a 1-2 week process.

6. Carbonation: Carbon dioxide is directly injected into the beer, making the beer ready for consumption.

7. Packaging: Once carbonated, the beer is ready to be packaged into a can, bottle, or keg and consumed.

Throughout this process, craft brewers will tweak and substitute ingredients to make each batch of beer their own, which is what makes craft brewing truly an art.

Essentially, there are two types of beers: ales and lagers. The main differences between the two are the ways yeast is fermented when each is made as well as the temperature. Depending on how each beer is fermented, the choice of yeast will result in different colors and tastes of the beers. 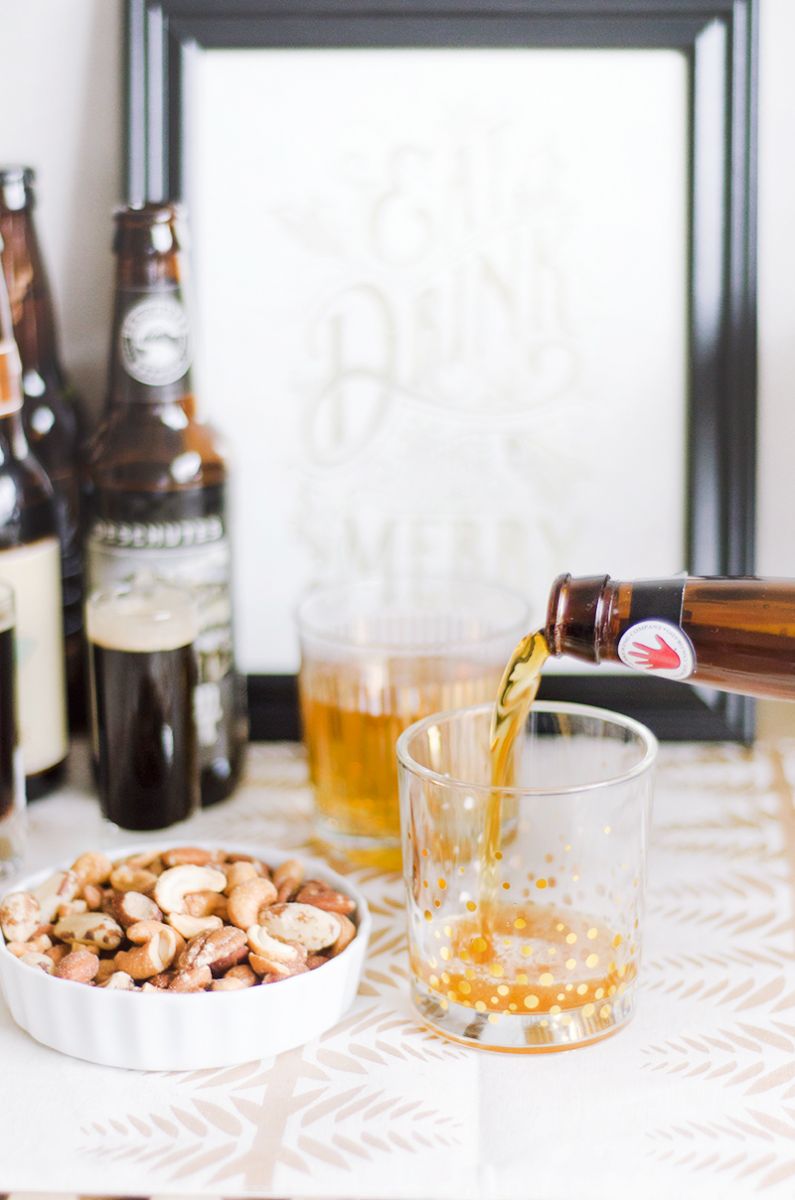 There are many nationally and internationally top-rated beers available for consumption, but we encourage you to check out local microbreweries or brewpubs, too. A good majority of these local breweries have tasting rooms (which would be a great idea for a weekend outing) and allow growlers full of beer and other products to be taken to go. More importantly, you’re helping support local business owners by drinking local beer, which is always great for your community.

If you don’t have a microbrewery near you or a diverse selection of craft beers available, be sure to check for these top distributed craft beers:

1. D. G. Yuengling and Son, Inc. – Pottsville, Pennsylvania: D.G. Yuengling is America’s oldest operating brewing company after being established in 1829. With breweries in both Pennsylvania and Florida, the brewer produces some 2.5 million barrels a year.
2. Boston Beer Co. – Boston, Massachusetts: Boston Beer Co. is famous for producing the US favorite, Samuel Adams, and currently produces around 2.5m barrels every year.
3. Sierra Nevada Brewing Co – Chico, California: The Sierra Nevada Brewing Co. was founded in 1979 and today employs 450 people and produces around 780,000 barrels per year.
4. New Belgium Brewing Co. – Fort Collins, Colorado: New Belgium’s flagship ale is Fat Tire, which was inspired by a bicycle trip the founder took touring breweries throughout Belgium in 1989.
5. Gambrinus – Shiner, Texas: The Gambrinus Company began as a small beer importer and now owns a number of breweries.
6. Lagunitas Brewing Co. – Petaluma, California: Lagunitas Brewing Co. was founded in 1993—its flagship brew is its IPA made with Copious Cascade and Centennial hops with Crystal malt.
7. Bell’s Brewery, Inc. – Galesburg, Michigan: Bell’s Brewery was founded in 1983 and has grown from producing 135 barrels in 1986 to 250,000 barrels in 2013.
8. Deschutes Brewery – Bend, Oregon: Deschutes was founded in 1988 and started as a small brewery and brewpub—they now distribute their products to 21 states.
9. Stone Brewing Co. – Escondido, California: After starting as a small microbrewery in 1996, Stone Brewing Company has now grown to be one of the largest craft breweries in America.
10. Minhas Craft Brewery – Monroe, Wisconsin: This facility produces more than 90 beers, spirits, liqueurs, and wines, which ship both nationally as well as Canada and overseas to 16 different countries. 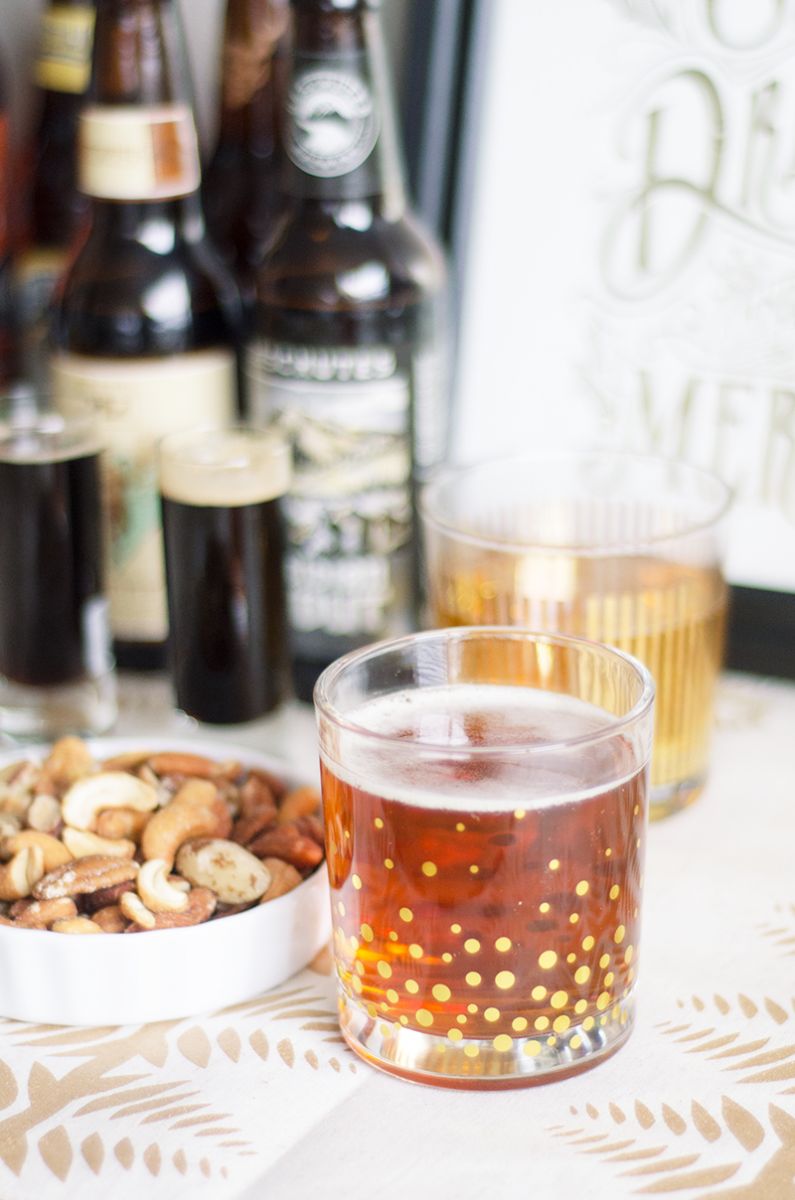 Alcohol by volume
The amount of alcohol in beer measured by the percentage volume of alcohol per volume of beer.

Barley
A cereal grain that is malted for use in the grist that becomes the mash in the brewing of beer.

Barrel
A unit of measurement used by brewers in some countries. In the United States, a barrel holds 31.5 U.S. gallons.

Bitter
Bitterness of hops or malt husks; sensation on back of tongue.

Body
Thickness and mouth filling property of a beer described as “full or thin bodied.”

Bottom fermenting Yeast
One of the two types of yeast used in brewing. Bottom fermenting yeast works well at low temperatures and ferments more sugars leaving a crisp, clean taste and then settles to the bottom of the tank. Also referred to as “lager yeast.”

Brewpub
Pub that makes its own beer and sells at least 50% of it on premises.

Clovelike
Spicy character reminiscent of cloves; characteristic of some wheat beers or, if excessive, may derive from wild yeast.

Draft/Draught
The process of dispensing beer from a bright tank, cask or, keg, by hand pump, pressure from an air pump or, injected carbon dioxide inserted into the beer container prior to sealing.

Fermentation
Conversion of sugars into ethyl alcohol and carbon dioxide, through the action of yeast.

Fruity
Flavor and aroma of bananas, strawberries, apples, or other fruit; from high temperature fermentation and certain yeast strains.

Hard Cider
A fermented beverage made from apples.

Hefe
A German word meaning “yeast.” Used mostly in conjunction with wheat (weiss) beers to denote that the beer is bottled or kegged with the yeast in suspension (hefe-weiss). These beers are cloudy, frothy, and very refreshing.

Hops
Herb added to boiling wort or fermenting beer to impart a bitter aroma and flavor.

Hoppy
Aroma of hops; does not include hop bitterness.

Lager
Beers produced with bottom fermenting yeast strains at a colder fermentation temperatures than ales. This cooler environment inhibits the natural production of esters and other byproducts, creating a crisper tasting product.

Lagering
From the German word for storage. Refers to maturation for several weeks or months at cold temperature to settle residual yeast, impart carbonation and make for clean round flavors.

Malting
The process by which barley is steeped in water, germinated, then kilned to convert insoluble starch to soluble substances and sugar. The foundation ingredient of beer.

Mead
Meads are produced by the fermentation of honey, water, yeast and optional ingredients such as fruit, herbs, and/or spices. Wine, champagne, sherry, mead, ale, or lager yeasts may be used.

Mouthfeel
A sensation derived from the consistency or viscosity of a beer—described, for example, as thin or full.

Sour/Acidic
Vinegar-like or lemon-like; can be caused by bacterial infection.

Sweet
Taste like sugar; experienced on the front of the tongue.

Yeasty
Yeast-like flavor; a result of yeast in suspension or beer sitting too long on sediment.