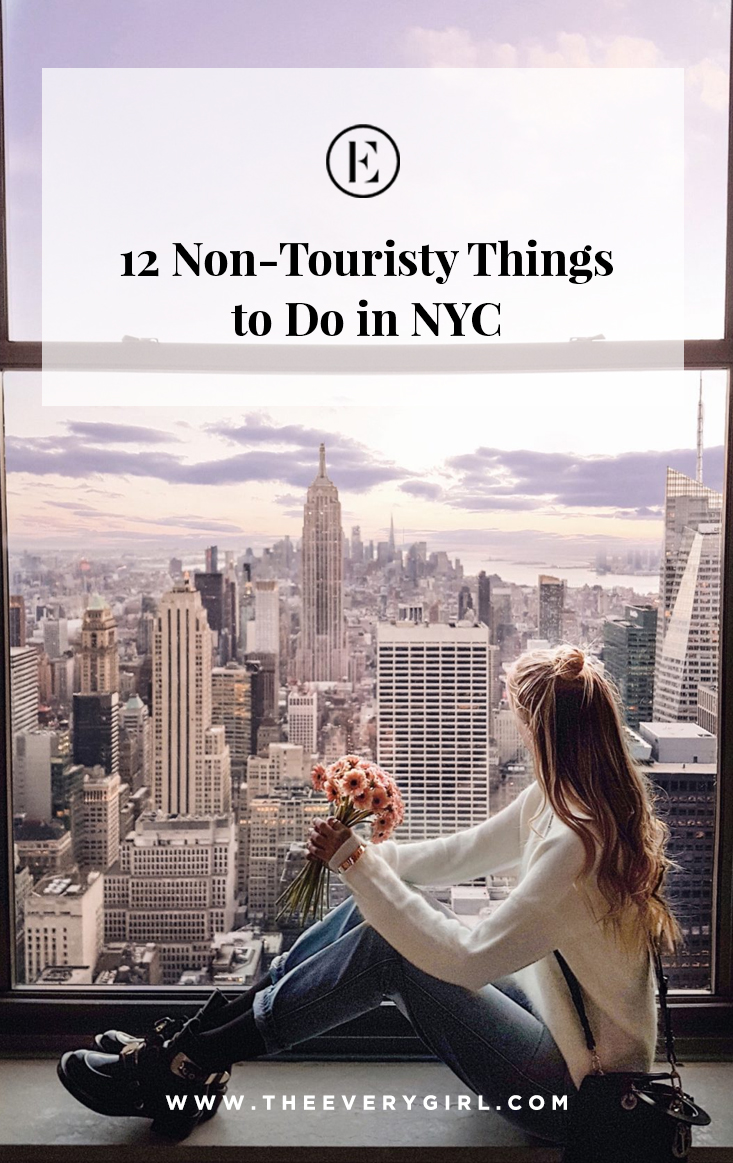 There is no doubt that New York City is an incredibly magical place to visit. The soaring skyline, the infectious energy, the never-ending enchantment — chances are you’ll be infused with inspiration as soon as you arrive. However, if you’re not careful, you’ll spend the majority of your time fighting crowds instead of embracing the “Empire State of Mind.”

After having spent several years calling this concrete jungle home, I made it my personal mission to uncover some of the best lesser-known gems all throughout the city. So whether you’re a foodie, art lover, or simply looking to forgo the endless lines that tourist attractions bring forth, below are 12 non-touristy things to do the next time you’re taking a bite out of the Big Apple. 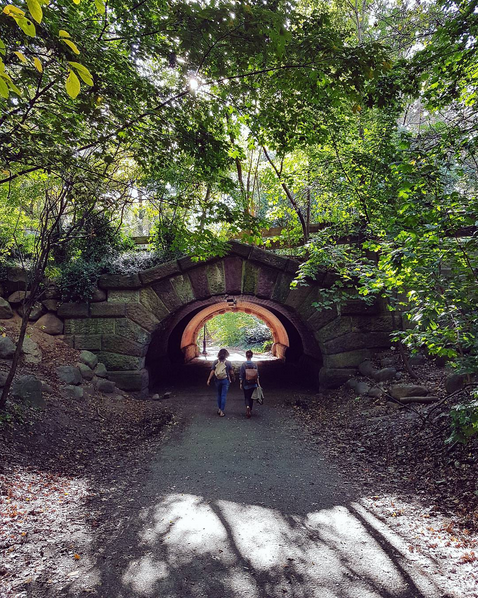 Although most people tend to think Central Park serves as the green lungs of the city, very few are aware of the serenity that awaits at Brooklyn’s Prospect Park. While this park is technically smaller than Central Park by around 300 acres, it’s the perfect example that bigger is not always better. With a gracious meadow that stretches for a full mile, an immense lake, and a lush forest, there’s no question you’ll find peace and quiet within these 526 acres.

If you head this way, be sure to also swing by the breathtaking Brooklyn Botanical Gardens. Home to 52 acres of wild and exotic vegetation, this Garden encompasses marvelous beauty year-round. 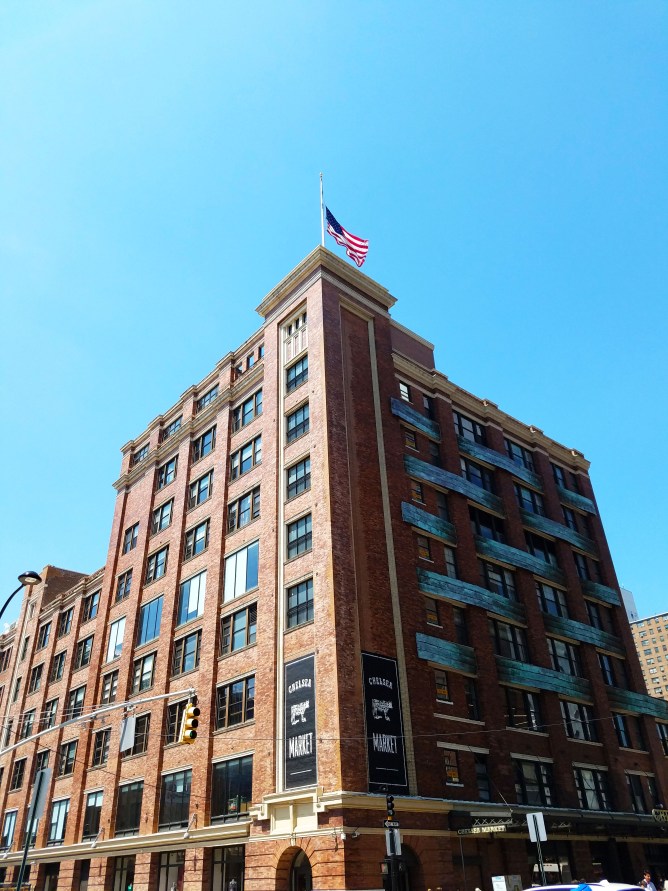 Source: Tay on the Move

If you’re in the mood for some visual delight, there’s no better place to feast your eyes on intriguing artwork than in Chelsea. Known as the neighborhood to be in for art lovers, here you will find tons of transformed warehouses and industrial spaces housing some of the best galleries in the world. And the best part? Not only are these galleries all within a 10 to 15-block radius from one another, but most are also open to the public and free to visit during weekdays. 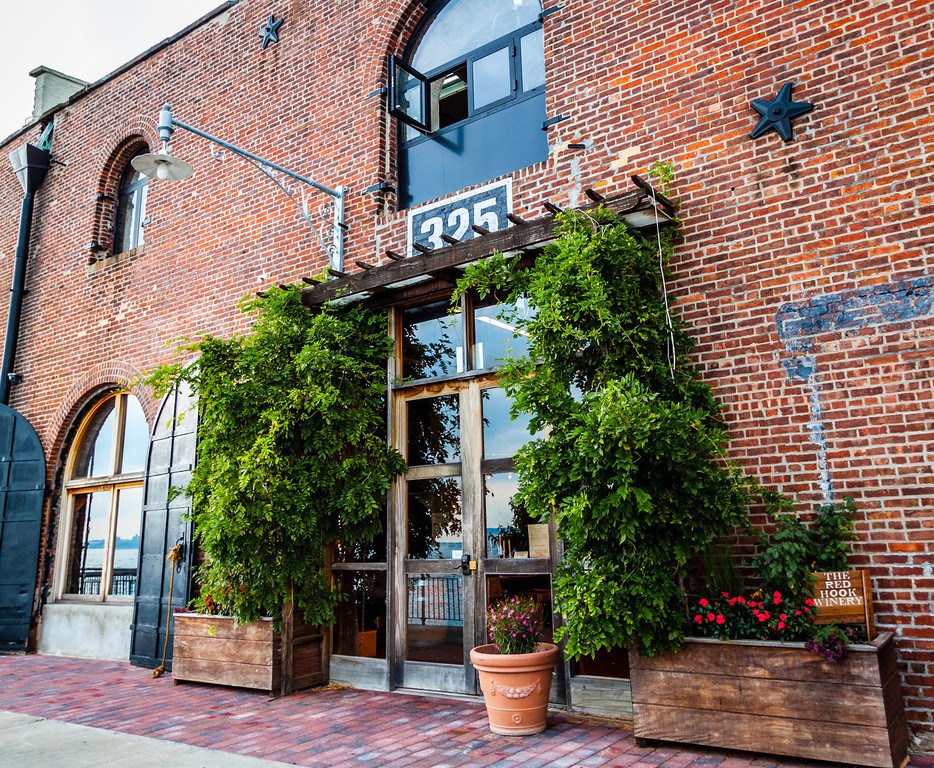 Craving wine and a spectacular view? That’s exactly what you’ll find at the Red Hook Winery. Located right on the water in the trendy industrial district of Red Hook, this winery is surely one of Brooklyn’s most beloved hidden gems. Once you follow the cobblestone road, you will be greeted by a menu full of perfectly-blended reds and whites. But what makes this place even more special are the panoramic views of the Hudson River awaiting your attention. With Lady Liberty in the distance, you can clink your glasses to celebrate the moment, knowing this will be one unforgettable experience.

And if wine isn’t exactly your cup of tea, that’s okay. Head to Brooklyn Brewery in the ever-so-popular Williamsburg neighborhood for a refreshingly frothy pint of locally brewed beer. 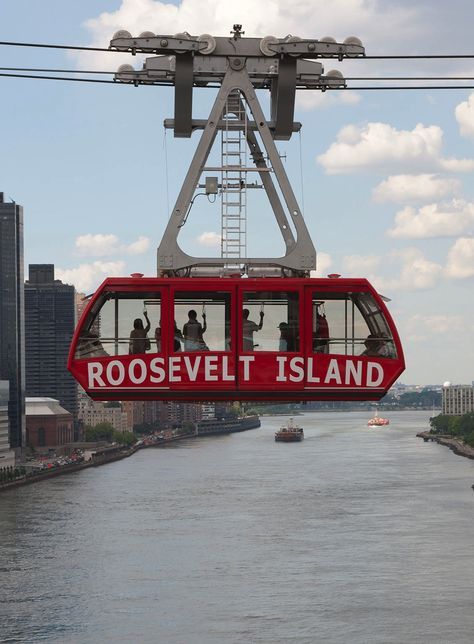 Very few people know about the aerial tram that connects the Upper East Side to Roosevelt Island, but oh man are they missing out! Not only does this tram allow you to see Queens and Manhattan from a unique perspective — that is, high above the traffic jams below — but at a mere $2.75 each way, you can spend the afternoon exploring Roosevelt Island without doing much damage to your travel budget. Another reason to climb aboard? This is the only aerial commuter tram in the country!

5. Take in the sweeping rooftop views at the Met 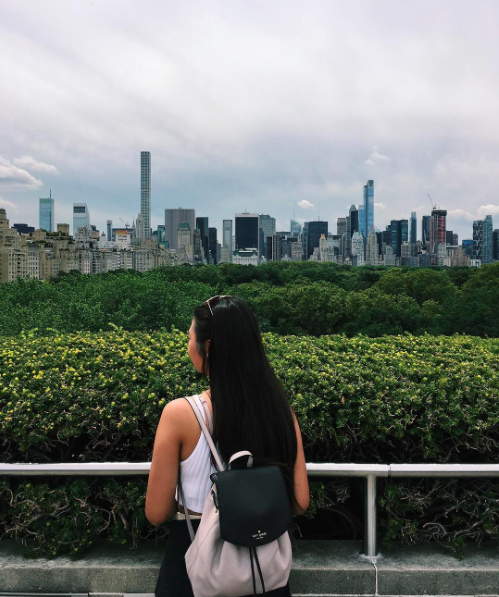 It is no surprise why the Metropolitan Museum of Art is one of the most beloved museums in the entire country. I mean, it is home to over two million works of art! But what many people don’t realize is that this cherished institution also has a spacious rooftop that is open to the public. So if you’re seeking stunning views of Central Park and the city skyline, come here! And if you also happen to be in a museum-hopping mood, both the Tenement Museum and the Whitney are phenomenal, less-crowded choices.

6. Relish in the fresh tastes at the Union Square Greenmarket 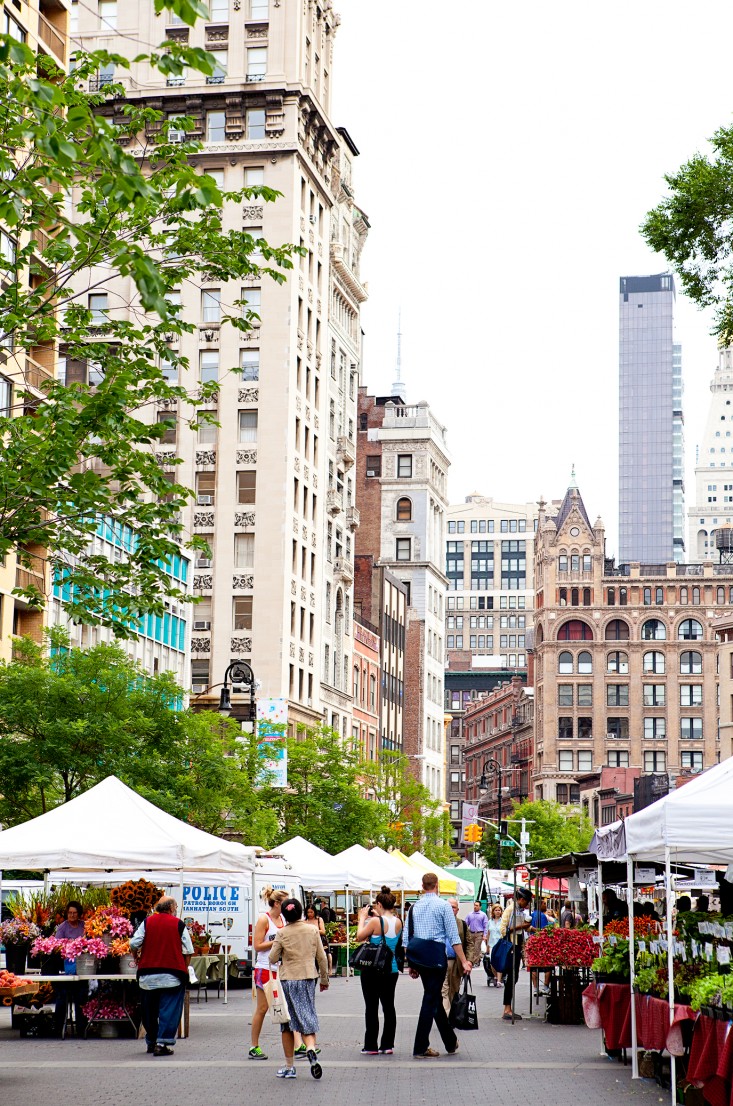 If you’re as much of a farmers-market fanatic as I am, you’ll fall head-over-heels in love with the Union Square Greenmarket. Anchored by the central plaza of Union Square, this lively outdoor market houses rows upon rows of vendors selling everything from homegrown produce, meats, and cheeses to homemade breads, pretzels, and baked goods. It’s not only a great place to relish in the fresh tastes of New York State, but it’s also a wonderful way to meet the local farmers, bakers, and harvesters behind the delicious goodness. Plus, Union Square is nestled among tons of shops, galleries, and boutiques, so after you indulge in a little sampling, you can partake in some much-anticipated window shopping.

7. Pump up your adrenaline at Chelsea Piers 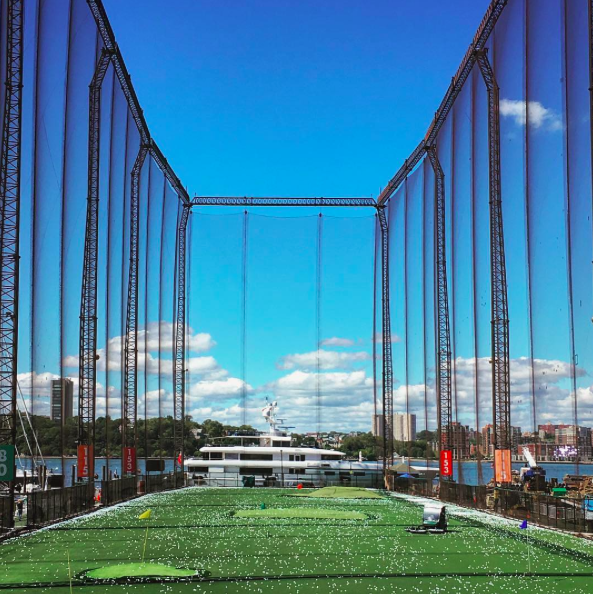 With over 25 different sporting options, there is no denying Chelsea Piers is one of the city’s most treasured areas to play among the locals. Whether you’re seeking to test your golfing skills at the driving range overlooking the Hudson River or yearning to get out on the water for a little kayaking, you can do it all (and more) here. Did I mention you can even take a rooftop trapeze class?

8. Travel back in time in Ditmas Park 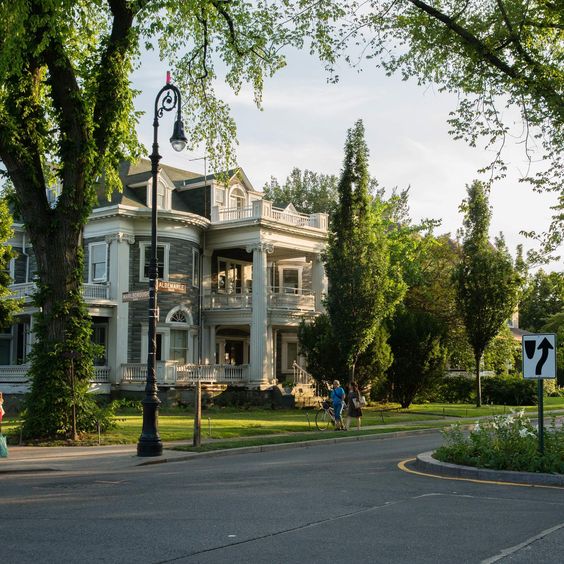 Tucked away in the borough of Brooklyn is where you’ll find the enchanting Historic District of Ditmas Park. Home to some of New York’s most beautiful buildings, this neighborhood is mostly adored for its magnificently renovated Victorian mansions. Once you stroll down a few streets, you’ll probably start to wonder if you’re still in the city, as this area provides a (very cool) taste of suburbia.

After fantasizing over these historic free-standing homes, be sure to make your way over to the main drag, Cortelyou Road, where you’ll be greeted by an abundance of eccentric pubs, bars, restaurants, and cafes. 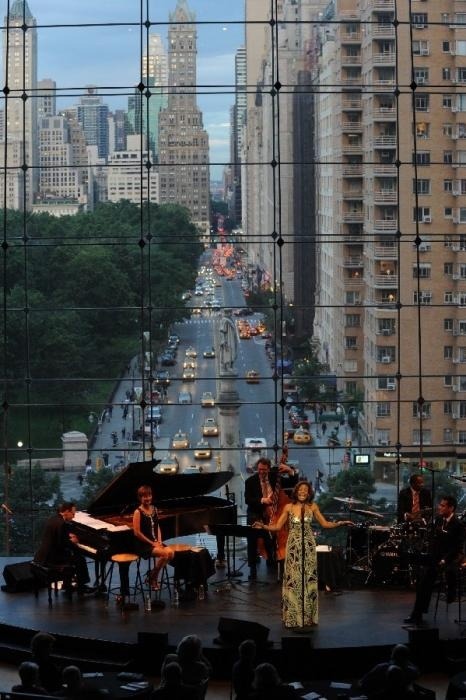 Source: The Man in the Green Shirt

Although most people gravitate to the Theater District for a Broadway show, many forget about the incredible performances that take place at Lincoln Center. Located in the Upper West Side, this performing arts center — the largest one in the world — offers everything from dance and ballet to music and film. Simply put, any live performance here will leave you forever inspired.

10. Embrace the intoxicating aroma of fresh blooms in the Flower District 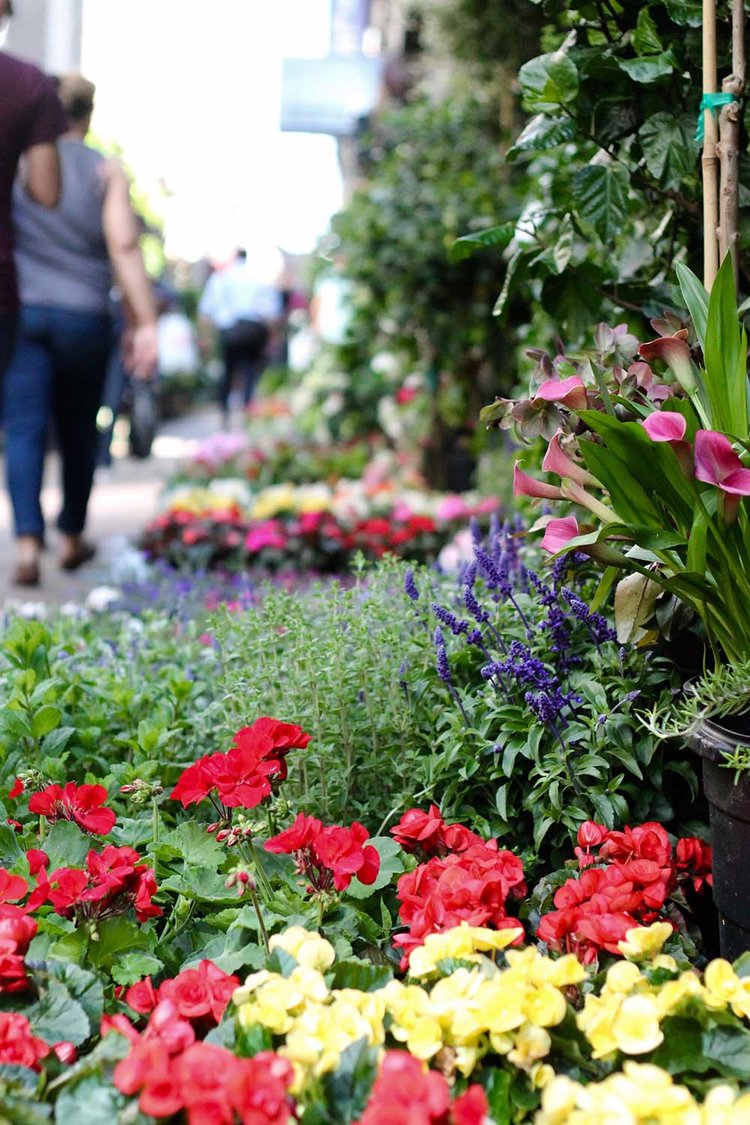 Looking to get behind the bouquets? If so, make your way over to the amazing city block of 28th Street, between 6th and 7th Avenue. Known as the Flower District, it is here you will find a bustling concentration of fresh flowers, plants, trees, and more! While this could be quite easily the most colorful block in the entire city, if you want to experience for yourself, you’ll have to skip the snoozes, as most shops open early — like 5:30 am early — and close before lunch. Yet, can you think of a better excuse to stop and smell the roses? 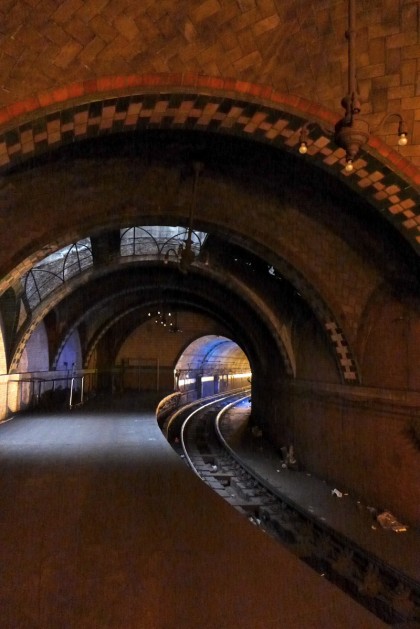 When you head underground to ride the subway in New York, chances are the the words “elegant” and “breathtaking” won’t pop into mind. Yet, one glimpse at the abandoned station at City Hall, and your thoughts will suddenly paint a prettier picture. See, the City Hall station — which opened in 1904 — was the very first station in New York City, but closed in 1945. Despite its disuse today, people can still visit this famed station, as public tours are offered through the New York Transit Museum. Sound intriguing? If so, make sure to plan ahead. Since there are only a limited number of tours given throughout the year, tickets sell out rather quickly.

12. Eat your way around the world by sampling deliciously diverse cuisines at Smorgasburg 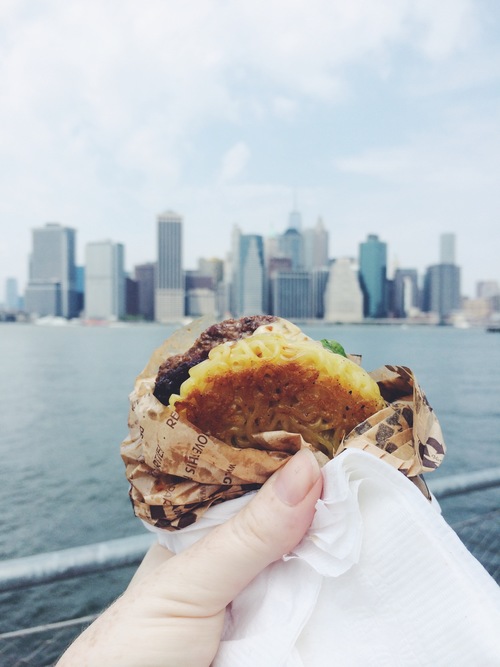 With over 100 vendors whipping up deliciously diverse cuisine, your taste buds will forever thank you for partaking in the fun at Smorgasburg. Serving as the largest weekly open-air food market in all of America, a visit here is a must when exploring New York City. Whether you’re looking to eat by the waterfront on Saturdays in Williamsburg or chow down in the beautiful Prospect Park on Sundays, one thing is for certain: you’ll have an amazing gastronomical experience!

What are your favorite hidden gems in New York City?