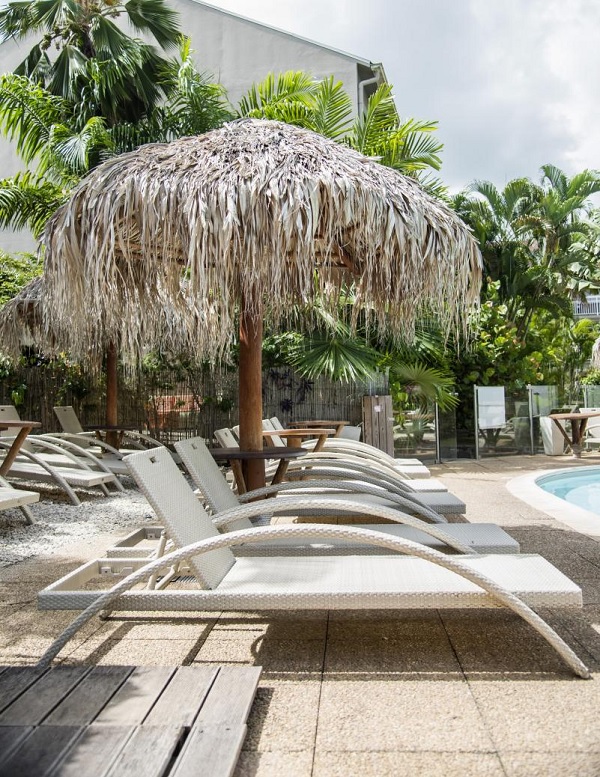 Last Fall, Norwegian Airlines expanded their popular European low-cost routes to include departure cities in the United States. I took advantage of the new options last winter with a getaway to the French Caribbean island of Martinique and it did not disappoint. Although the island is just a quick four hour flight away from New York, the terrain is beautifully tropical and the inhabitants (and other visitors) are almost exclusively french speaking.

Forgo your traditional price comparison websites and head directly to Norwegian Air to shop their new direct flights by price, or by departure dates. If you’re willing to be a bit flexible with your departure, you can book $79 direct flights to the island. Most flights are offered either on Wednesday or Sunday so you have the option for a 3 night or a 5 night trip.

Once you land, the rental car companies are right downstairs in the airport for easy pick up. If you need an automatic transmission be sure to book ahead of time as those go quickly with American visitors. Before leaving the U.S. we also synced Google Maps offline to ensure that we had GPS on the island without spending a fortune in roaming fees. 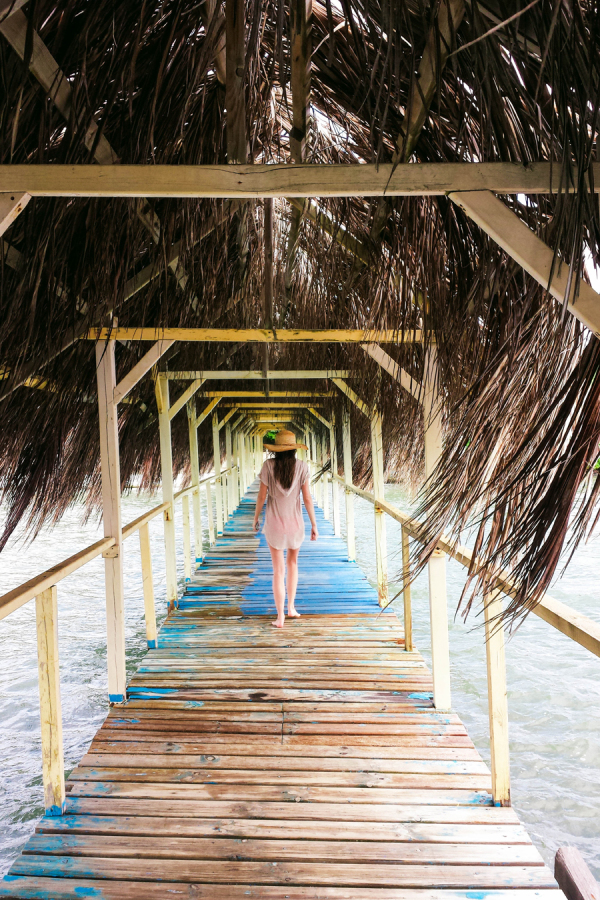 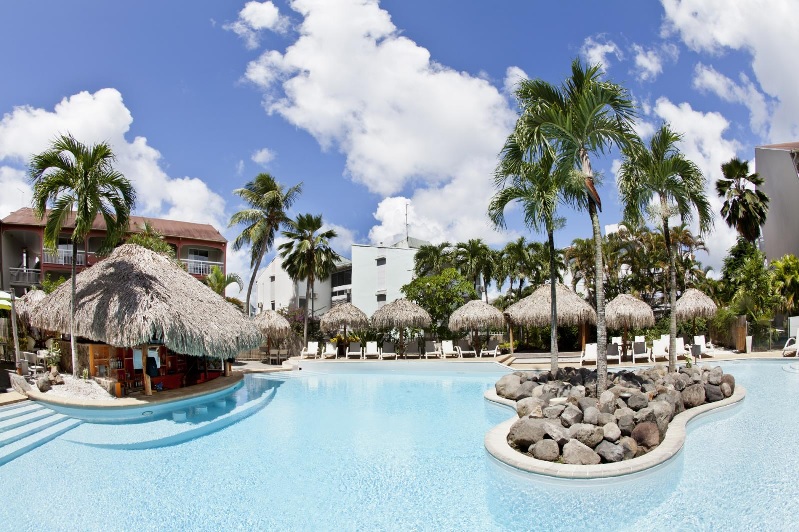 You won’t find any popular chains or large all-inclusive resorts on the island, but there are beautiful Airbnbs and one-of-a-kind boutique hotels that are all walking distance to pools, beaches and downtown areas.

Fort-de-France is the capital city of Martinique and where the airport is located. You’ll find the most modern hotels here and a larger selection of dining options, museums and tourist attractions because the Fort-de-France Bay is where many cruise ships dock when visiting the island. Hotel Squash and Hotel L’Imperatrice are both centrally located and walking distance to downtown. 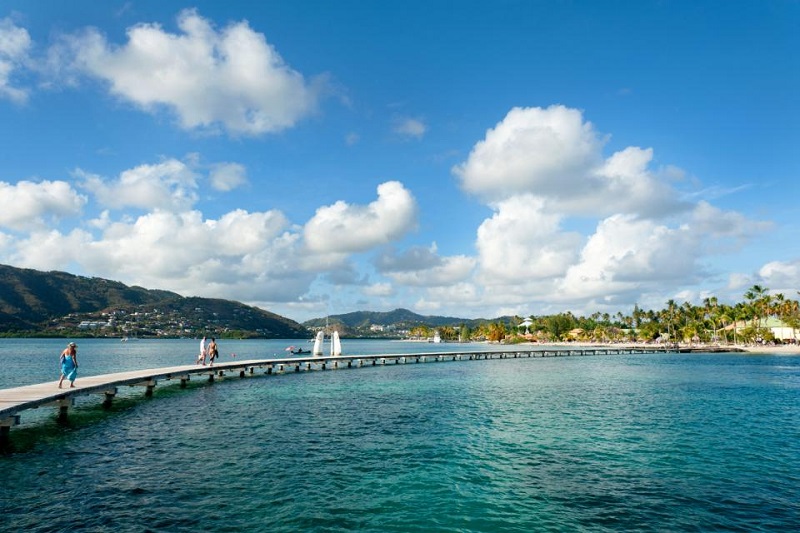 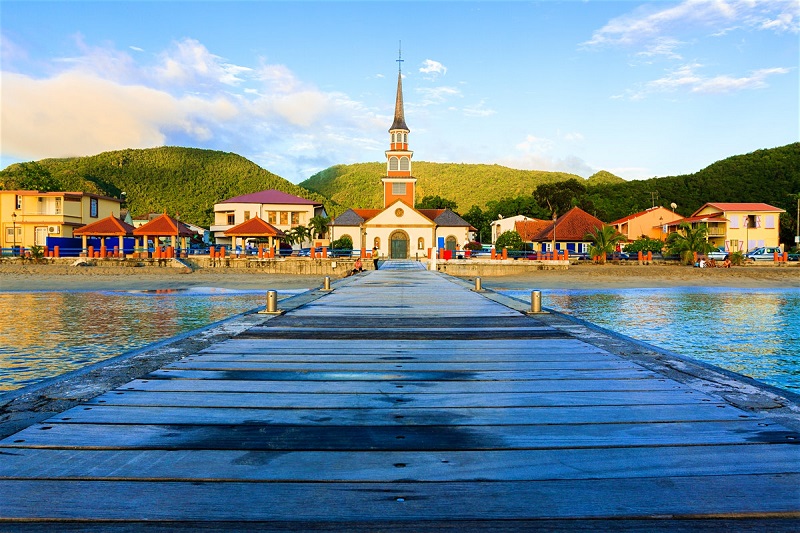 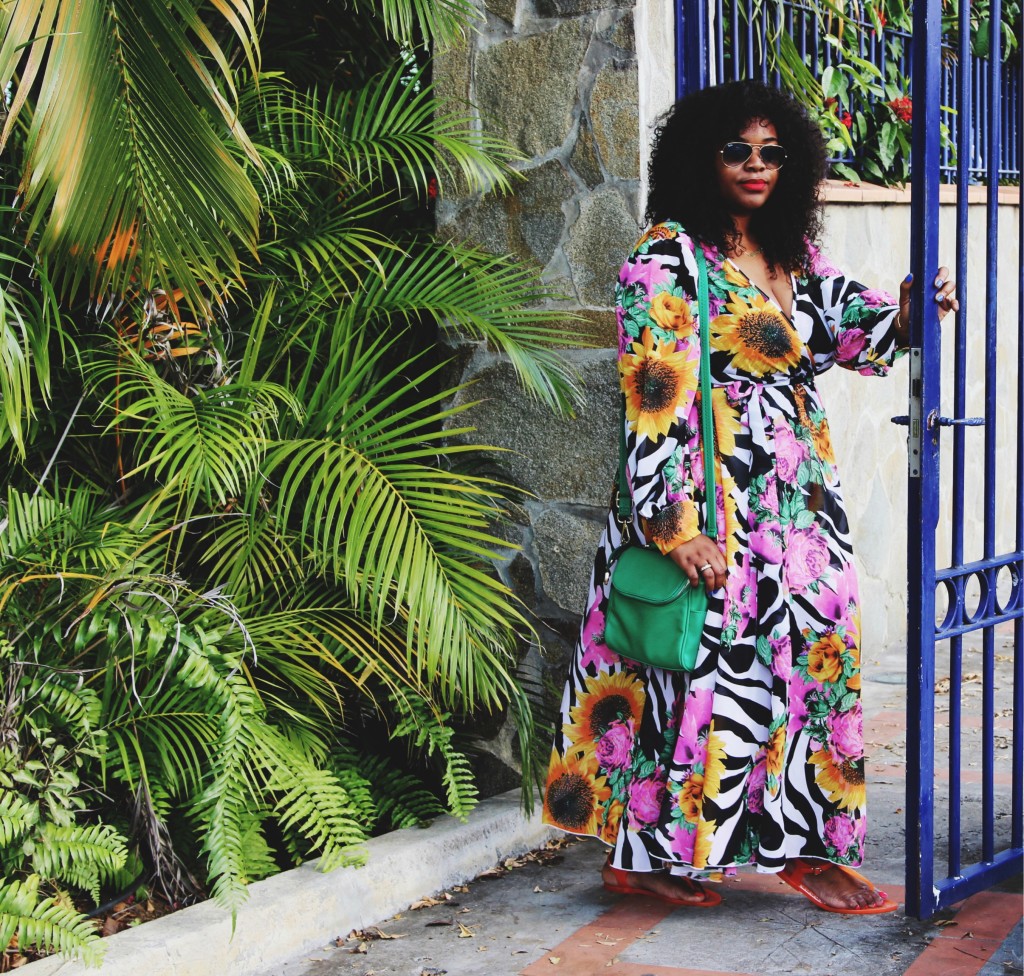 Les Trois-Îlets is a beach town just south of the capital, across the Fort-de-France Bay. This area is about as close to a resort area as you’ll find on the island; jet skiing, dolphin tours and live music are everywhere along the beach (along with colorful, Instagram-worthy frozen drinks). Check in to Hotel La Pagerie on Pointe du Bout for easy access to all of the beach-front amenities and their guest-only bars and restaurants.

Saint-Pierre is on the northern half of the island and is home to Mount Pelee, a semi-active volcano surrounded by miles of hiking trails. Head to Saint-Pierre if you’re hoping to unplug and lace up your sneakers to explore untouched terrain of picturesque waterfalls, footbridges and tourist-free views of the Caribbean Sea. We love the Airbnb options – especially this bungalow and this villa, which both have private swimming pools, sleep up to 5 guests, and are less than $100 a night. 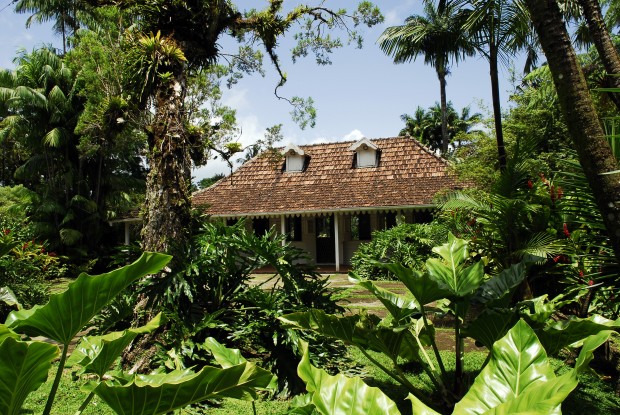 If you’re a history buff, the island is flush with sights dating back before Christopher Columbus discovered the island in the late 1400’s. In the capital city, you’ll find the Schoelcher Library (1887), Cathedrale Saint-Louis (1895) and Fort St Louis (1669). Venture out of the downtown area to tour some of the island’s oldest homes steeped in history of the now defunct ocean trade routes. Habitation Clement is one of the most popular, and is still home to a functional rum distillery.

For the foodie, hop around the southwest coast to try some amazing meals of traditional Creole and fresh seafood. Try Pignon Nouvelle Vague and Le Kano in Les Trois-Îlets and then head south to Le Diamant to hop around beach-front bars where you can split local appetizers at Chez Lucie, La Voile Blance and Carre Blue with your feet in the sand. 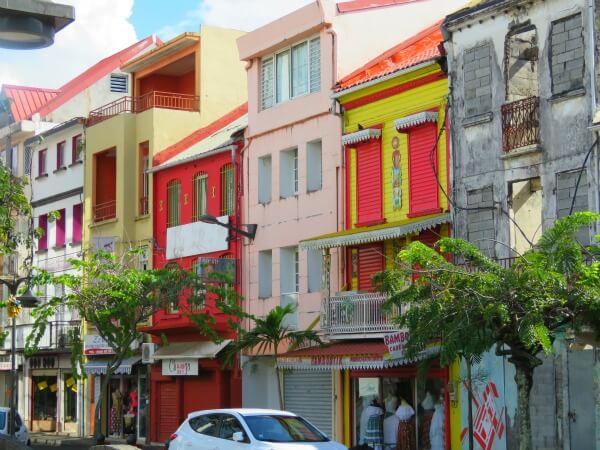 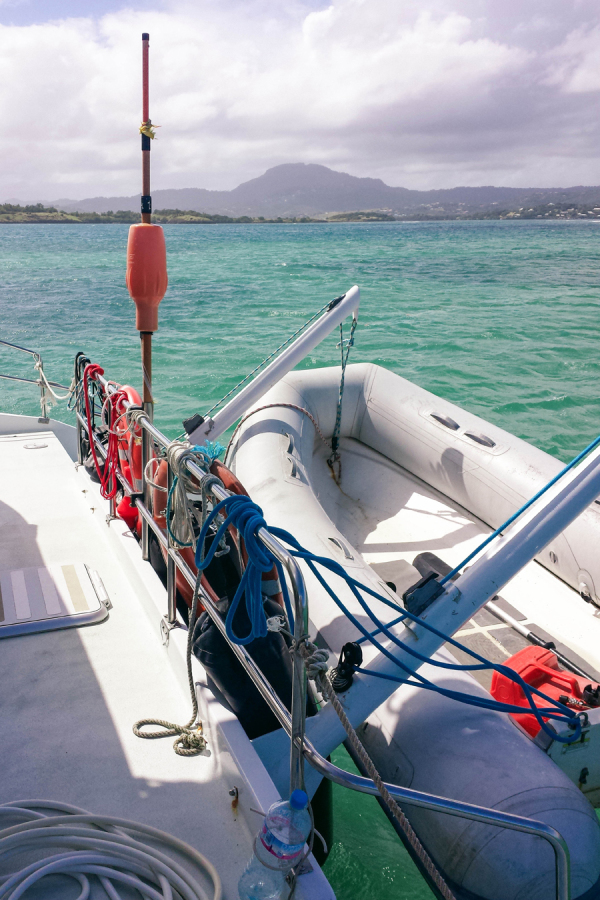 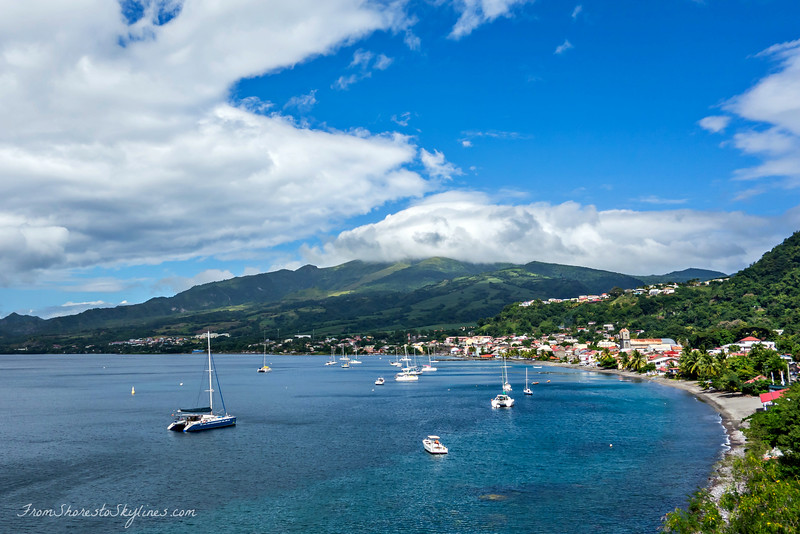 Source: From Shores to Skylines

If you prefer your vacations with some adventure there’s no shortage of outdoor activities to keep you busy. Head west from Fort-de-France to the town of Le François on the Atlantic side of the island. Les Ballades du Delphis sails guests out to explore private islets and islands around the La baignoire de Joséphine (the Bath of Josephine), a secluded area of the Atlantic Ocean where you can float in warm shallow water. Snorkel with wildlife, explore untouched terrain and sunbathe on private island beaches.

Have you visited the Caribbean? What are your favorite spots to explore?