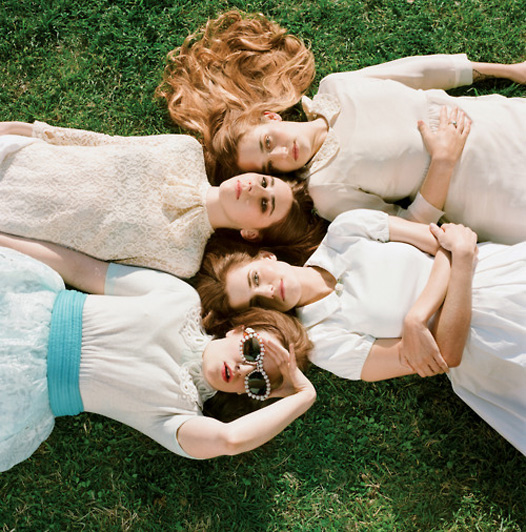 Up until two days ago, I had only ever seen one episode of HBO’s newest hit show, GIRLS. I queued up the pilot a few months back and nestled into my sofa expecting to be wowed, inspired, entertained. I was anything but. Sure, there were a few funny lines sprinkled throughout, but really, I found it rather slow and sad–particularly the lack of self-respect displayed by the heroine, Hannah, when it came to the man in her life. (“He never texts you back,” “Where do you disappear to?” and “Will you get a condom?” “I’ll consider it,” are a few lines that stand out in my head. I just wanted to shout through the screen, Run, Hannah! In the opposite direction!) Suffice to say, I never made it to the second episode.

Fast forward to November 30. The lengthier GIRLS season 2 trailer is released (watch above), and boy oh boy, it. is. good. I’m talking dying laughing, e-mail all my friends, research season 1, learn all about the wunderkind writer, director, star Lena Dunham, and plan a date on my couch to finish the first season. (Just watch the trailer. You’ll see.) So this weekend, I buckled down for a GIRLS mini-marathon (there are only ten 30-minute episodes in season 1) so that I’d be fully prepared for the season two premiere which debuted last night. Long story short? The show IS great. And funny. The characters are real. You probably know someone just like each of main characters. It’s similar to Sex and the City in all the right ways and different in the ways that matter; the former being it’s set against the beautiful backdrop of NYC and viewers have four main characters to enjoy and identify with, the latter being these girls live in cramped apartments on the other side of the river and don thrifted wardrobes, have bad jobs or no job at all, and date mediocre men. It’s REAL. This is what life in your twenties is like for many of us. Lost. Broke. Defeated. Trying to figure it out. And that’s the beauty of the show everyone is talking about.

The best part of all? The main character, Hannah, is played by 26-year-old Lena Dunham who also happens to write, direct, and produce the show. So each and every episode I’m reminding myself, she wrote this. She created this. She is starring in it. And I’m completely inspired by her talent and drive and want to learn everything about her and how she got her start.

Do you watch GIRLS? What are your thoughts on the lifestyles, characters, and plots within the series? Did you catch the season 2 trailer? And which girl is your favorite? I’m currently loving the ditzy delight that is Shoshannah, in large part thanks to her accidental run-in with crack. Hard to explain.