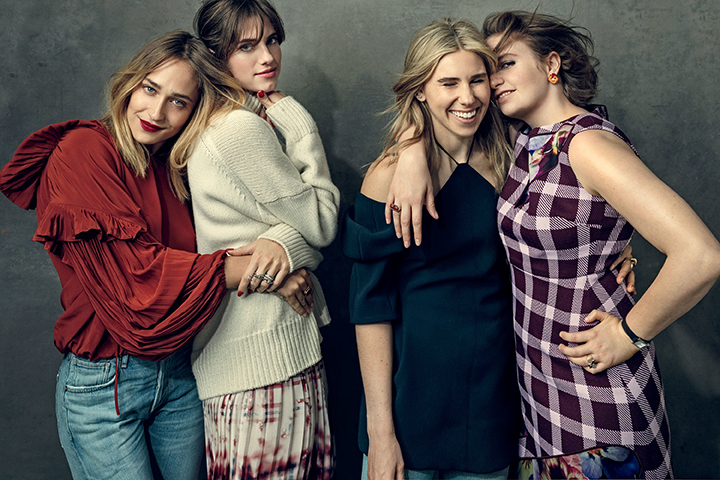 It’s hard to believe the era of Girls is over. For all the hype, praise, criticism, and backlash, Girls distilled the feeling of being 25 and having no idea what the hell you are doing better than anything I’ve ever seen. It also made me literally cackle with joy at least once in every. single. episode. I’ve grown with these women and I’m sadder than I can say to see them go.

Looking back over six years, here are the times that Girls brought exactly how I was feeling to life — the realities of growth, change, and womanhood.

Your 20s will fuck with your expectations 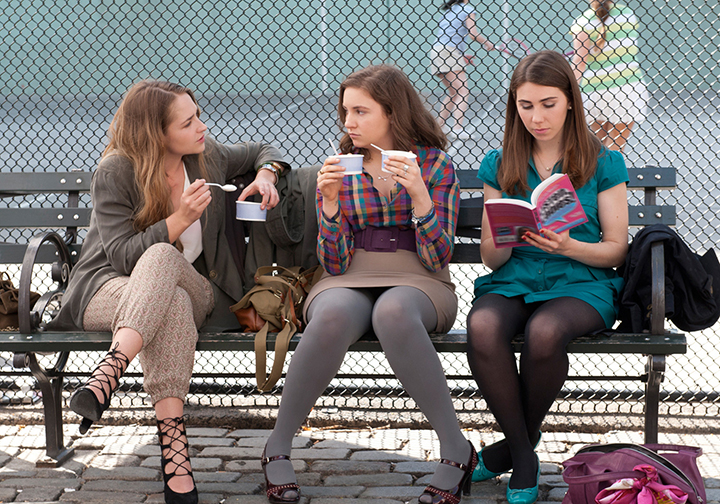 I recently rewatched the first season of Girls, and it was incredible to see where these characters started and who they thought they were — and were going to be — at the beginning. Over the course of six seasons, the women at the heart of Girls are in that transitory period before true adulthood. They’re bumbling through the “real world,” to an end point vastly different from the life they thought they would have. Hannah has brand-new Grover, Marnie’s musical career bit the dust, Jessa (the queen of “I don’t give a shit”) discovered she needed something steady, and Shoshanna lost her job, but found a fiance and a ready-made new set of friends.

I love that Girls never lost that sense of discovery — of the challenges, changes, and consequences that come with being a selfish, naive, bright-eyed (at first) twenty-something. Life isn’t perfect, even for four (relatively) wealthy, white women in New York City. You might get an STD, get married to a complete douche (or just a sad hipster with a questionable music career), move to Japan, accidentally smoke crack and punch your future boyfriend in the nuts, sing the most awkward cover of “Stronger” to ever occur, discover an old lover isn’t who they used to be, fall back into old patterns, or get pregnant.

As a real-world twenty-something, it’s gratifying to see women making mistakes — being selfish, complicated, confused. We need more of that in our cultural diet. Too often, we see women as one-dimensional beings — propping up a man, or pining for him. Girls reflected the truth.

Watching Adam sprint shirtless through the streets of Brooklyn made my romantic heart beat out of control. Hannah and Adam were a pair I rooted for till the end — and I mourned the loss of that relationship and their connection right up until that painfully awkward moment at a sticky booth when the realization hits. Even though part of me wanted that Sex and the City ending, that “Carrie, you’re the one” moment, I can’t respect Girls enough for subverting.

This is real life. Love can fade. We aren’t who we were two days, two months, two years ago. The story isn’t over and there’s no magic OTP that will outlast the consequences. Sometimes, people end up together. And sometimes, we moved on for a reason. There’s something so beautiful and bittersweet about that moment when Hannah, with tears in her eyes, is just silent. They both know and we know too. That relationship was best left where it was — as a messy, broken, magnificent moment in their history.

Women are allowed to take up space 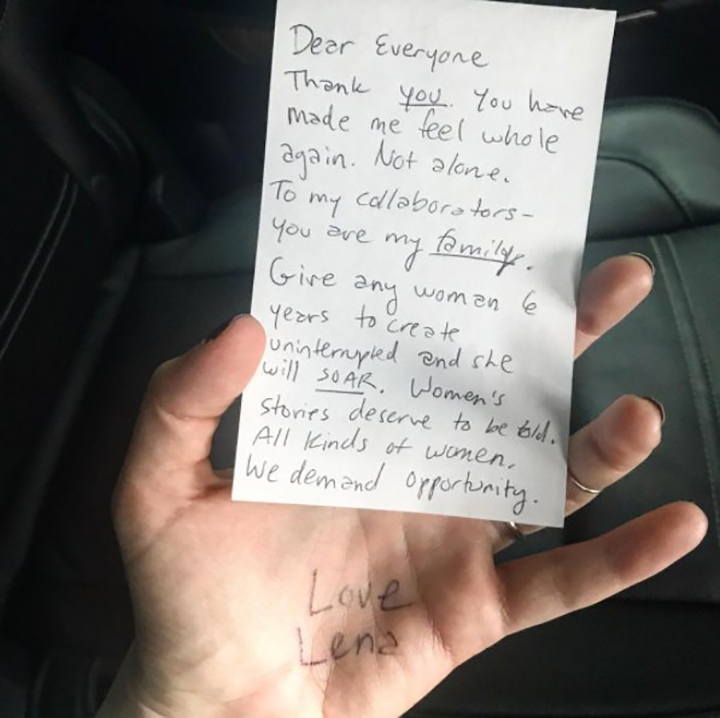 We need to invest in female creators. We need to give them real estate to tell their stories and make the point that the female perspective is not only important, but necessary. Too often, Girls was caught in misogynistic criticism — stunning in its intensity, vitriol, and staying power. Why are we, as human beings, still doing this to each other?

This was perhaps most apparent in the feedback surrounding an episode of Girls’ second season, in which Patrick Wilson plays a wealthy, conventionally handsome doctor who spends two days with Hannah in a brownstone love bubble. Esquire called the episode “self-indulgent dreaming,” echoing many sentiments that a man as blandly gorgeous as Wilson would never sleep with someone like Hannah. Read: she’s not “hot enough” for him to desire. 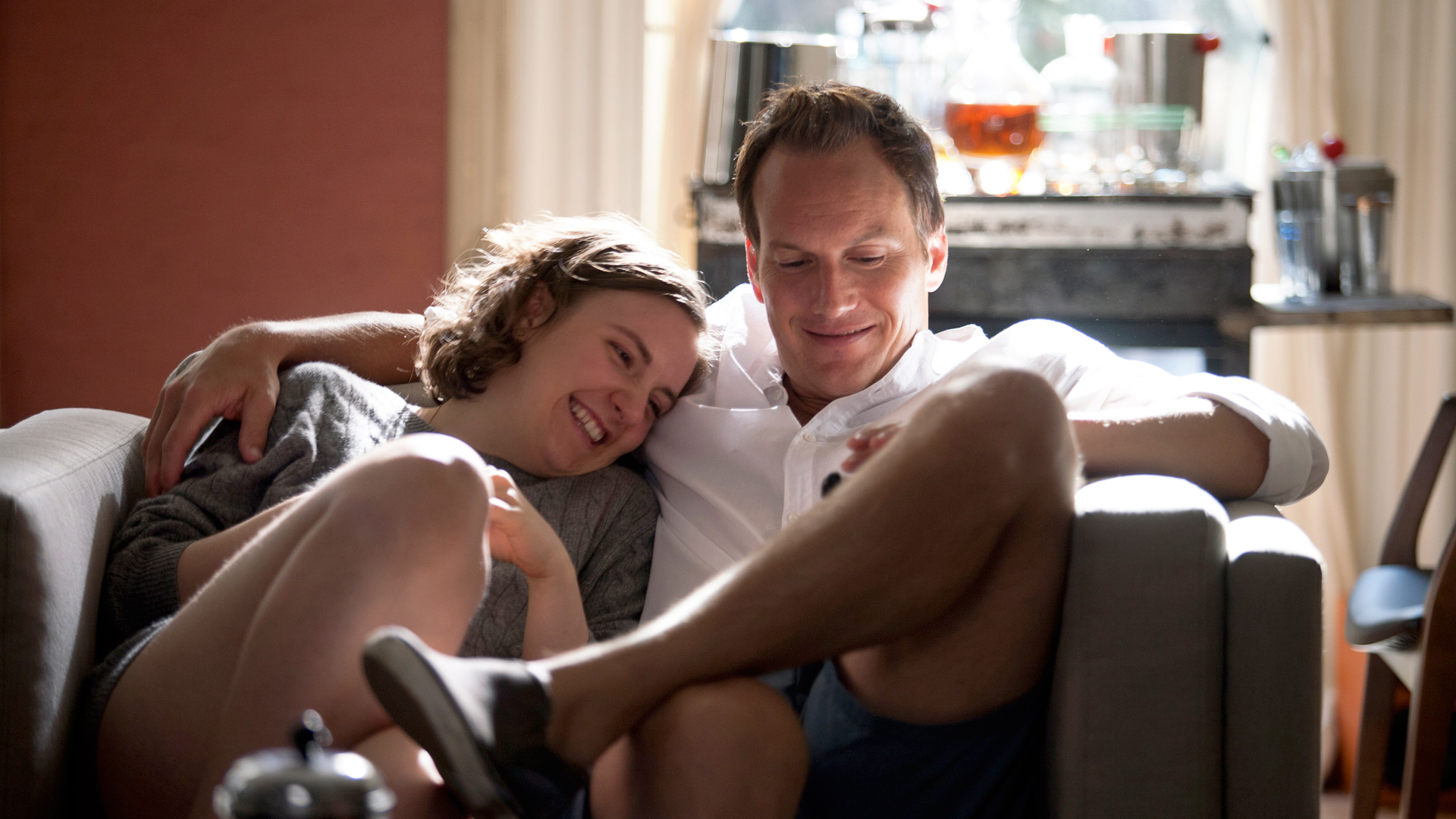 This is why we need shows like Girls. Are we so unused to seeing real bodies that we actually can’t contemplate desire for a real woman? Are we so brainwashed by perfect, CW-esque abs that we no longer understand what actual bodies look like? I have so much love for Lena Dunham for continuing to portray real women, despite the haters. From the beginning, Dunham has said she wanted to portray sex on Girls in a realistic way — to show nudity, intimacy, and sexuality as we hadn’t seen it depicted before. And she did. Sometimes, women don’t shave under their arms (gasp) or care about having 2% body fat so that our bodies are not “offensive” to others. The backlash against Dunham and her body prove that we need these representations. A woman’s worth, purpose, and beauty isn’t based on the size of her thighs. I can’t believe we don’t know this yet. 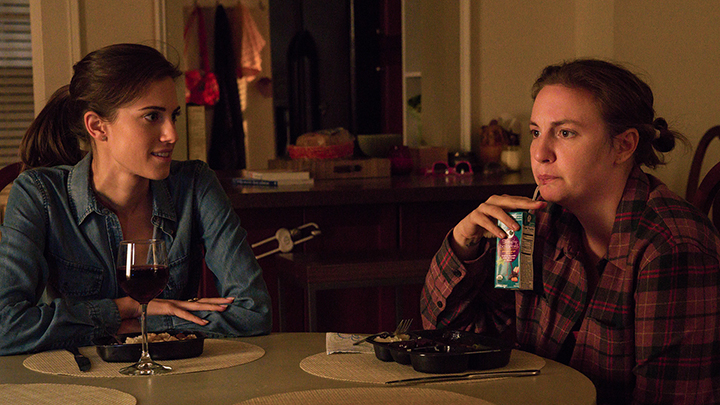 The final episode of Girls is polarizing — and rightly so. It’s not perfect. And yet, that’s so Girls. It struggled and mutated, especially in those dragging middle seasons, often in response to the criticism. It’s a show that became as much about this cultural moment as it is about youth, New York, and provocation.

I really enjoyed the final episode, it felt like a necessary coda after the penultimate episode — which ends with the so-on-point-it’s-crazy scene set to Bank’s “Crowded Places” — a Grey Gardens-esque moment with Hannah and Marnie, struggling through responsibility. One of the final scenes feels so much like what Girls came to be about for me — that kind of love that we experience when we’ve been selfish, consuming, and completely unrealistic in our intentions and yet there’s still a space for us on the stoop. There’s room for us, without judgment. That felt like the true final scene of the show for me — three women at transitory, beginning times in their lives, sharing the silence. 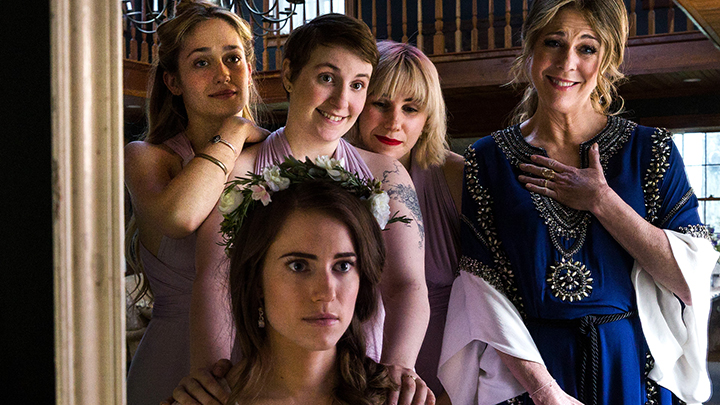 Female friendship is so charged and complex — and very rarely done right. Girls gets it right. These women, who met each other in and around college, may not be friends forever. Relationships take effort and sometimes, we just don’t have it in us. But we love each other all the same.

And finally, dancing cures all ills — at least for the moment

If I had to pick a favorite moment of TV (any TV, and this is a huge statement because I watch it all) this scene — the scene that ushered in the era of Girls — would be it. The song, the laughter, the hug at the end. In 2012, I’d never seen anything on TV like this — a three-minute scene that from “yo, girl” on says more about female friendship than many shows manage in multiple seasons.

From a drug-induced top swap to painful withdrawal-fueled abandon to a I’m-in-the-Hamptons-hooking-up-with-a-hot-DJ strut, right up until that penultimate episode, Girls proves that the cathartic release is something we all need. Because it’s Wednesday night baby, and we’re alive.