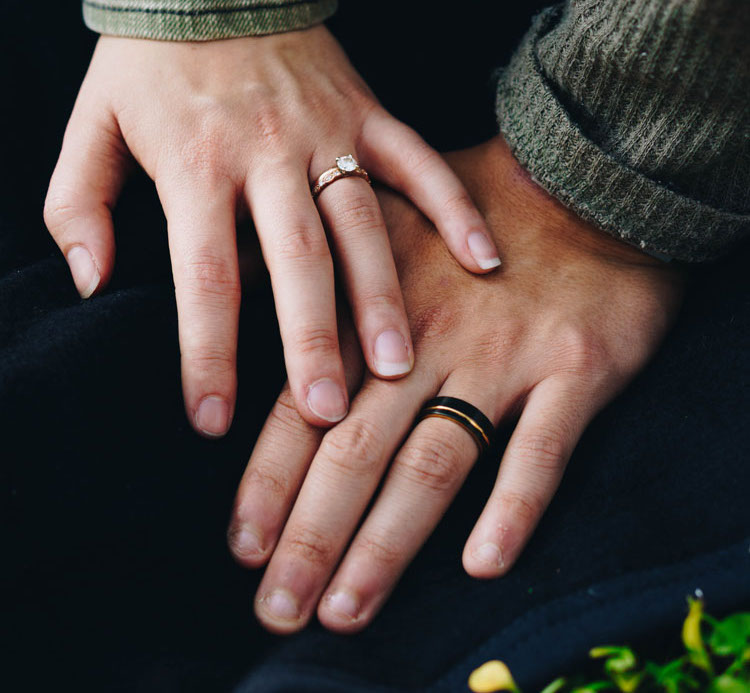 Four years ago, I came to a small town in southern Italy to start a small cooking business and look for a house to buy for myself. I never came looking for my “prince charming.” Of course, my mother saw it differently. She had also planned to get a house, but for herself and my father.

I told her it was not necessary, as they could just stay with me. My mother figured I would want to get married at some point. I told her that was highly unlikely.

I once told my best friend that I doubted marriage was right for me. I just never pictured myself as a wife. I liked the idea of staying independent, but still wanted to share my life with someone. Living together was an option, yes, though not necessarily 100 percent of the time. Marriage made your life with another person 100 percent, and I felt that level of commitment was absurd.

Marriage made your life with another person 100 percent, and I felt that level of commitment was absurd.

Even without ever getting married, I wanted to have a child. There was no wiggle room for that. If I met someone I loved, it would be OK if he wanted to skip marriage, but I had to have a baby. I had always known this, as being a mother was very important to me. That might sound odd, but having a baby without marriage made perfect sense to me. I knew I was meant to be a mother and could do so while being in a committed relationship without ever needing to take the full step of getting married.

Years ago, just out of high school, I was dating someone 10 years my senior who already had a stable job. He told me he had no interest in getting married or having kids and that suited me just fine. Still young, I had never thought twice about it and if I had, it’s unlikely I would have been interested. But once he said he didn’t want kids, I knew it wouldn’t have mattered either way.

Then, soon after arriving in Italy, I met Vito. He was nearly twice my age. He had been married for 11 years and was now happily divorced for 15. He had a 29-year-old son. Instantly, we felt as if we had known each other for years. We felt at home with each other. Even so, he told me he never thought about getting married again.

I knew I was meant to be a mother and could do so while being in a committed relationship without ever needing to take the full step of getting married.

Vito and I fit together perfectly. People who saw us with each other, whether we were holding hands or spontaneously breaking into dance, told us they could sense our love. We’re similar—stubborn, high-maintenance, and creative— but we’re also different. I’m much more rational and organized, prone to plan everything out, whereas Vito likes to be spontaneous and go with the flow.

We dated for more than a year when Vito suggested we move in together. We loved each other, and we soon decided we would have children together, but had no plans to marry. Then, one cold Saturday evening in January, as we cuddled on a sofa after living together for about six months, the topic of our future together again came up. We talked late into the night. Out of nowhere, just acting on impulse, without even really thinking about it, I said, “Maybe we want to get married too.” With Vito, everything felt right and all of a sudden, a traditional marriage didn’t seem so crazy. It just felt right.

Vito just looked at me with a smile. “Of course,” he said, “I want to make you happy.”

So it was that then and there, without anything as formal as a marriage proposal or a ring, Vito and I took the next step and got engaged. Two months later, we got married at a civil ceremony in New York City.

We celebrated with a small dinner party at my favorite Italian restaurant and then had a beautiful outdoor ceremony with all of our friends and family here in Italy. As a little girl, I always thought it would be beautiful to have a fairytale wedding under the stars, but that was before I developed my resistance to marriage. So it was exactly the kind of wedding I had long ago imagined having, but later doubted would happen.

People who plan never to get married are entitled to have a change of heart and get married after all. We all have second thoughts about something, or sometimes we just come to our senses, as I did. I was happy in a committed relationship, when slowly the idea of marriage seemed to make sense to me. Marriage might not seem right to you because you have not found the right person to share your life with yet. It can sometimes just be a matter of timing. And if it’s not a matter of timing or the right person and it’s just not what’s right for you, that’s OK too.

I was happy in a committed relationship, when slowly the idea of marriage seemed to make sense to me.

You think you have everything all figured out and then—bam!—something happens to change your mind. I met Vito and that was that. Nothing in life is graven in stone, least of all the path you’re destined to take, so why stick to your original plan if it turns out to feel wrong? You never know until you know.

For me, I was lucky to find the right person that fits with me and vice versa. That’s what it comes down to: you have to fit.