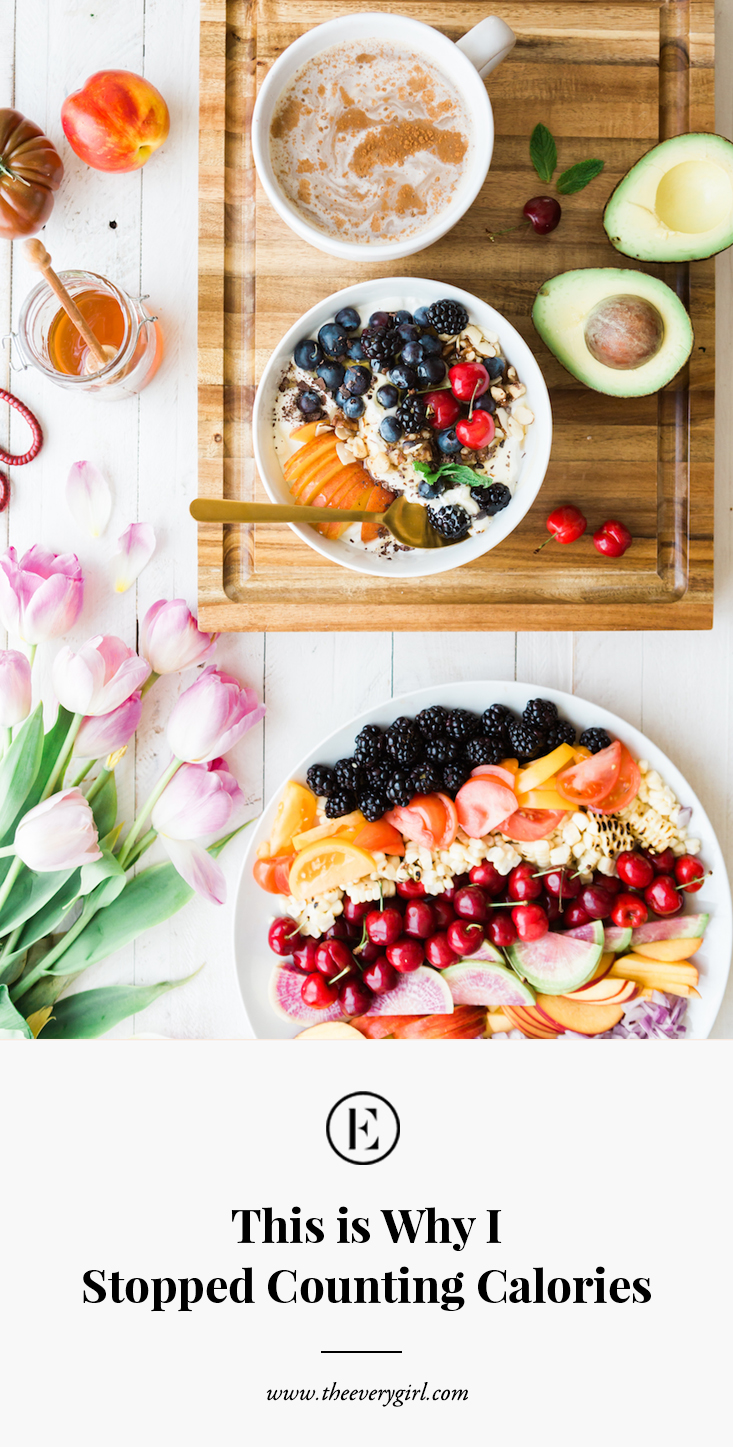 Like many of us, I’m not always responsible with my eating habits. I’ll choose the chips instead of the salad and put all the toppings on my baked potato (because that’s what happiness tastes like, obviously).

When I realized my 20-something-year-old self wasn’t appreciating the eating habits that my 16-year-old-self had paved for me, I decided to do something about it. I’ve never been one to go on diets, but I wanted to take some form of responsibility for what I was eating — so I began counting calories.  It didn’t involve any rigorous workout routine at the crack of dawn or any money for an intensive eating guide, so it seemed perfect for me.

The concept was simple — I tracked what I ate, how many calories it was, factored in exercise, and made sure the total amount wasn’t over my goal amount. As innocent as the idea sounded, putting it into action was a completely different experience that pushed me to these four reasons why I stopped counting calories.

1. It makes you focus on quantity, not quality.

During my days of counting calories, I was the person standing in her kitchen and calculating the number of grapes I would eat so that I could have enough calories for the chocolate chip cookie I wanted for dessert (priorities). I began to only pay attention to the number of calories I was intaking instead of what type of food I was actually eating — thus, my eating habits became even more skewed than they were before. Although the amount of food I was eating was less, my food choices weren’t changing.

While some days I would only eat once because the burrito bowl I had was my entire calorie count, there were other days where I would eat 5-6 times since I snacked on fruit, vegetables, and crackers. The entire pattern left me hungry, stressed from counting, and guilty when I would eat a huge lunch and have to make up for it with an unsatisfying dinner.

2. It isn’t manageable in the long-run.

If you’re looking for a lifestyle change, counting calories isn’t the way to do it — it doesn’t teach you what to eat, but how much to eat. As time goes on, it becomes a lot more difficult to ignore the growling in your stomach and the unsettling feeling of having to look up the calorie amount and serving size of every food you eat. While my friends were happily ordering whatever they wanted off restaurant menus, I was obsessing over what the most low-calorie option was while hoping it wasn’t a salad or the size of my palm. The pressure of trying to count calories while maintaining the normalcy of my everyday life and the guilt whenever I would go over the calories became stressful to the point that I had to stop doing it.

3. It triggers negative thoughts and habits.

Although I stopped counting calories due to the overwhelming feeling of having to keep up with it and the self-blame I experienced on days that I didn’t, not every story ends like that. Counting calories can be the stepping stone to something much more serious. You begin to condition your mind to only allow yourself to eat x calories/day (regardless of what your stomach is saying) and feel bad about yourself if you eat more.

As you obsessively begin to count calories, you actually become obsessed with it — with how many calories everything is, with how much progress you’re making, and with how much time at the gym you have to spend to make up for that slice of cheesecake. Personally, I realized I was skipping meals to keep my calorie count lower and avoiding friends to not have to go out to eat. These signs alone were enough for me to stop, but sometimes we become consumed in an idea and don’t realize how out of control it becomes.

4.  It takes away the happiness of eating

Regardless of if I had enough calories to eat a chocolate chip cookie dough ice cream on a cone (it’s my favorite, I’m not sorry), I would still be thinking about how many calories it was — and that ruined it for me. Food began to simply be a means of survival instead of something to look forward to after a good workout or a long day. Sure, food isn’t the answer to all problems, but it’s sure nice to eat what you’re craving and focus on the taste instead of the calories. Life is short — your food should be enjoyed.

Do you count calories? Do you think it’s a feasible way to lose weight or to maintain a healthy lifestyle? Share your opinion in the comments!