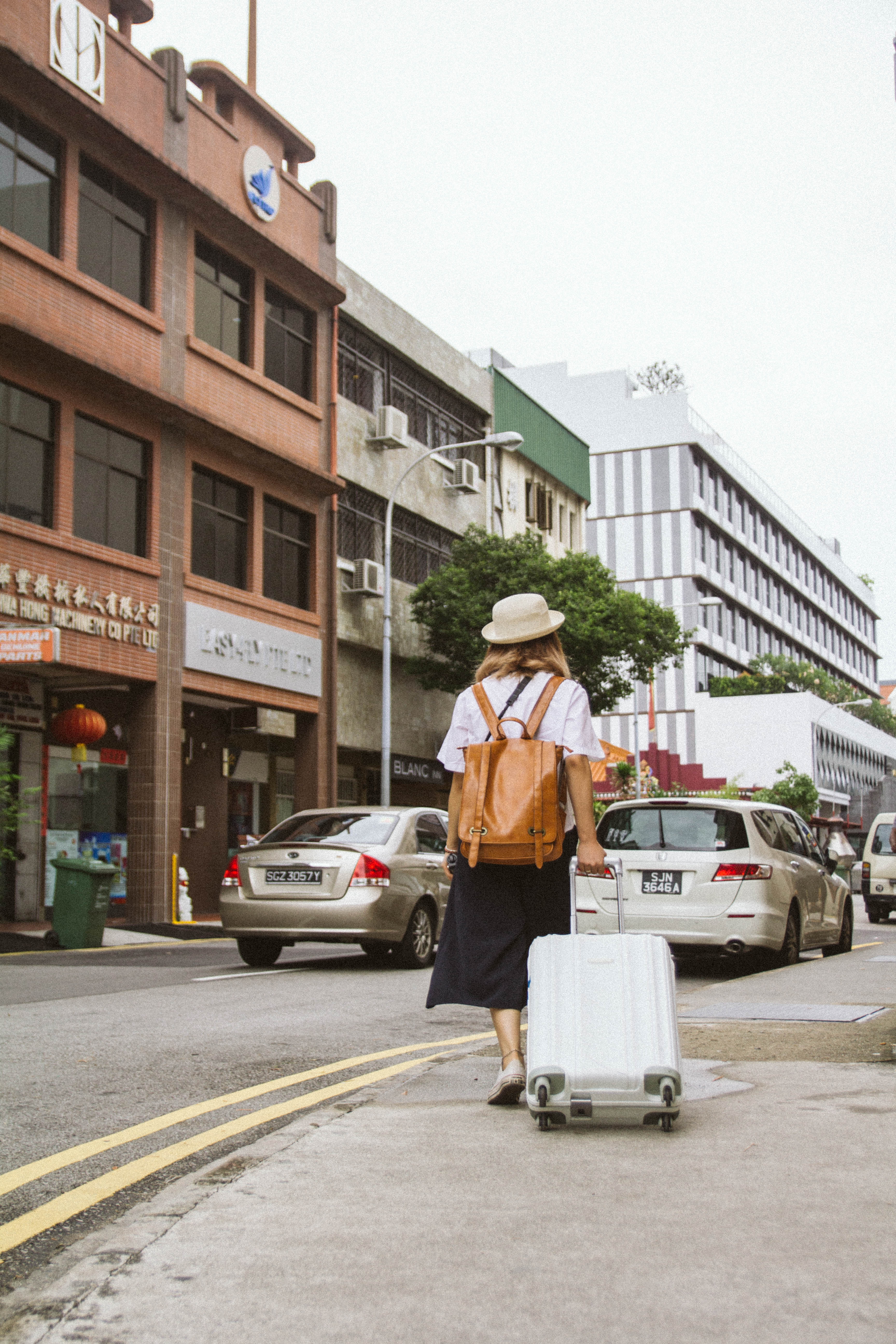 A man drove a truck through a crowd at a Christmas Market in Berlin last December, killing 12 people and injuring 56. I was in Frankfurt, a few hundred miles away, visiting family at the time. We’d spent the whole evening at a Christmas market as well.

The following day, as I was getting ready to head into downtown Frankfurt to meet my friend Megan, who travels and writes about it for a living, my mother-in-law told me how nervous she was for me to be going into the city center. I was a little nervous too – it was so unlikely anything bad would happen, but not impossible. It’s never impossible.

Right now, the world is coming to terms with the horrific events in Manchester, England, which claimed 22 lives and injured dozens, many of them children and their parents. People say that exposure to violence desensitizes you to it – that, in the words of Margaret Atwood, “normal is just what you’re used to,” but that’s only true if you separate yourself from it, not stopping to learn the names of the victims or look at their faces, keeping yourself from empathizing with those who lost daughters, sons, and spouses. The pain we feel as we mourn people we’ve never met is real, and it’s human to hurt as we empathize with victims and wonder if it could have happened to us.

I experience these feelings often as a traveler. I remember hiding in my work bathroom, crying as I read news stories about the German tourists killed in Istanbul in January 2016; I had stood in the exact location where it happened with my husband – a German tourist – two years earlier.

The more hate and fear exists in the world, the more necessary traveling becomes.

I spoke with Megan Starr, the friend I mentioned earlier, about the anxiety travelers might feel visiting new places in a time where much of the world faces political uncertainty and unrest. Megan travels more than almost anyone I know (she has resources about more than 50 countries on her blog) and knows better than most the challenges that come along with a life on the road.

“We’re never going to be prepared for it,” she told me when I asked about the way terror and fear might discourage people from traveling. “There’s no way to knowingly avoid it, really. What’s going to happen is going to happen. We can’t live our lives in fear. We have to just continue seeing the best in people.”

I had similar thoughts when leaving to go meet Megan in Frankfurt that day. I couldn’t not go. Yes, my heart hurt. Yes, the attacks in Berlin were fresh in my mind. But what are we going to do, in cases like this? Stay inside? Hide? The world is too big and too beautiful to miss out on exploring it.

We crossed a volcanic mountain range on a sketchy gravel road and stopped to touch a glacier ?? #Iceland #daryltravels #travel

There are so many reasons we need to keep traveling in spite of fear:

You’ve seen the Mark Twain quote floating around the internet: “Travel is fatal to prejudice, bigotry, and narrow-mindedness, and many of our people need it sorely on these accounts. Broad, wholesome, charitable views of men and things cannot be acquired by vegetating in one little corner of the earth all one’s lifetime.”

My first major international experience was when I went to live in Heidelberg, Germany for several months after my high school graduation. I enrolled in a language school and was the only American in my class. I quickly befriended a motley crew of fellow students: There were girls from Barcelona, boys from Rome, several students from Istanbul and Casablanca, and others who came and went as the weeks flew by. I was a young teenager who had never spoken a word of a foreign language, suddenly introduced to stories and perspectives belonging to people from all over the world.

I still look back on those months as some of the most formative months of my life. Stepping out of my bubble expanded my worldview and completely changed the way I thought about America, its relationship to the rest of the world, and how new experiences with new people can educate and shape a person.

The more hate and fear exists in the world, the more necessary traveling becomes.

“If I look back on my life in eighty years – yes, I plan to live that long – and say ‘oh, wow, I didn’t travel because I was scared,’ I’m going to be really sad and disappointed I missed out on so many amazing opportunities,” Starr explained.

There’s no dollar amount we can put on the life experiences we gain while traveling. They’re simply too valuable and too precious to sacrifice.

Joy is an act of defiance

If we let fear keep us from living the lives we want to live, we’re not only doing ourselves a major disservice, we’re allowing those who mean to control us with threats and fear succeed in doing so.

Instead of hiding, being afraid, pointing fingers, or blaming entire races and religions for the actions a few, let’s choose instead to be kind and happy. Let’s choose to keep exploring the world and respecting the new places and people we visit as beautiful, valuable, and utterly amazing.

The odds are definitely in your favor

I’ve worked in a television newsroom, so I know that every self-respecting news organization has a duty to cover an attack that affects human lives and impacts communities. That being said, the onslaught of media coverage we see everyday does nothing to ease our fears and anxieties about the world we live in. In reality, you are more than five times more likely to die in an “airplane or spaceship incident” than you are at the hands of a terrorist.

“I feel safe when I walk down the street in the U.S., but statistically, it’s not safer than where I live in Europe,” Starr noted. “But it’s natural for people to fear what they don’t know and don’t understand.”

Most people are good

This is a biggie: When it feels like vitriol and violence are everywhere we look, remember that people trying to spread hate are, by a long shot, the minority.

“The majority of the people, regardless of religion, do not want this. We’re united in condemning attacks like this. The people in the countries you visit are just going about their lives and want peace as much as the rest of us. We’re all in this together,” Starr said. “All of the racism and attacks and hate that’s happening can sometimes make me hate the world, but when I see everyone coming together after something bad happens, it makes me realize that most people love and care about the world. That only makes me want to travel more.”

How do you feel about traveling in today’s world – are you doing it more or less? Are the places you’re choosing to visit different than they would have been five years ago? Start a discussion in the comments.