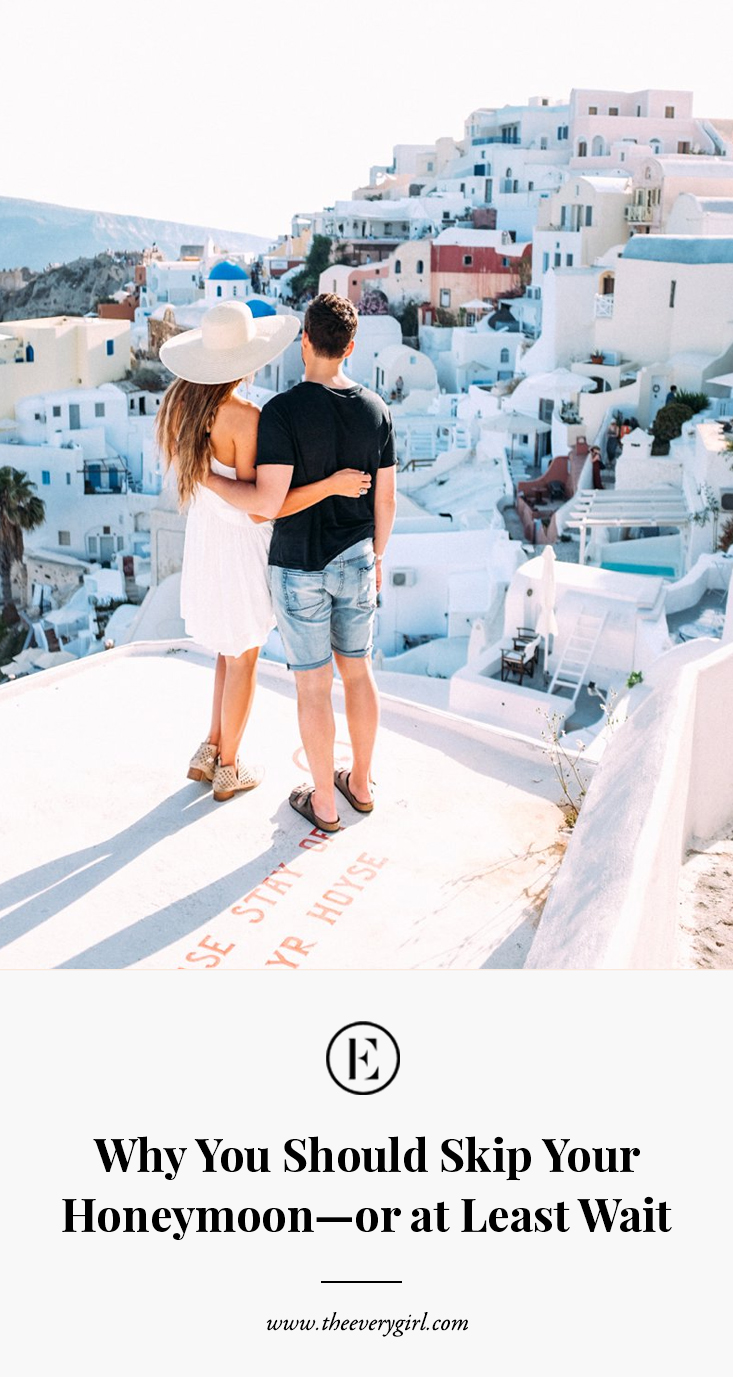 As someone who is notoriously more interested in the travel plans of a couple post wedding than their venue or floral choices, it might seem counterintuitive that I’d suggest to skip one of the most highly anticipated parts of wedding planning: the honeymoon.

Is this cheapening the act of marriage? Succumbing to pressures faced in the modern day? Quite the opposite, in fact, as skipping your honeymoon—postponing all of that planning, spending, and exploring that goes into the week or two following your wedding—in favor of a one-year anniversary trip might actually be better for your budget, sanity, and strengthen the foundation of your marriage all at once.

Want to know why? As you plan your forever with the one who won your heart, here are a few things to consider. 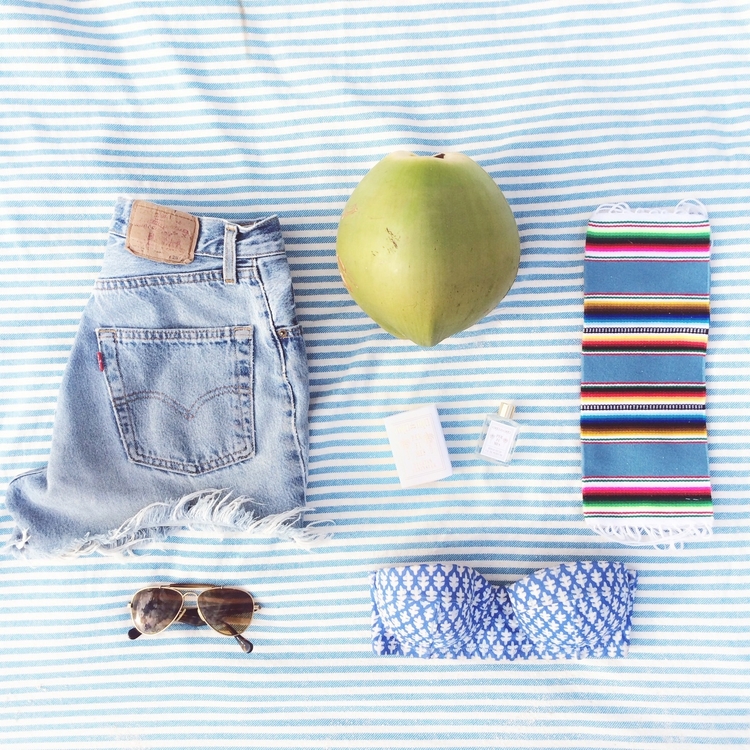 It doesn’t matter the size, style, or dollar amount attached to your wedding, unless you plan to elope (in which case, this article is probably a moot point for you!) you are going to feel a certain degree of pressure when it comes to planning your special day. There is a bar of keeping up and, essentially, reinventing a cultural experience that’s been around for centuries. All too often a honeymoon gets factored in as just one more level of comparison—another barometer of how am I measuring up? Is my honeymoon exotic enough? Inventive enough? Enviable enough?

The answer can carry a potentially hefty price tag, bumping up the already rising cost of a wedding (which in the U.S. averages about $30k, not including a honeymoon) to include something that has nothing to do with the wedding to begin with.

In short, factor out the stress of airline tickets and researching an AirBnb, because you’ll already be stressing over seating charts, flower arrangements, and bridal party gifts. This is normal; these are the hopefully once in a lifetime stresses you should spend your time thinking about, deciding how you want your wedding to be. Your wedding is a day that you won’t get back, and eliminating the need to plan for an all-out honeymoon on top of everything else, you’ll make room to create something that much more special in its place.

Even if you’ve dated, lived with, and known your spouse for years before walking down the aisle, you’ll still have something worth celebrating a year into being married.

Even if you’ve dated, lived with, and known your spouse for years before walking down the aisle, you’ll still have something worth celebrating a year into being married.

For all of its sweet spots, marriage is also hard. It’s a (sometimes, never-ending) challenge to align your life fully with someone else, to allow yourself to feel vulnerable, freely known, and understood. There will be ups and downs peppered throughout your first year of marriage; it won’t always be as breezy as a honeymoon week in Bali. Even still, with sacrifices you’ll also find unexpected joys, and we should make the time to reflect on both with more than year-old freezer cake.

Rather than capitalize on a wedding’s momentum—when it’s easy to feel loving, hopeful, and committed—set yourself up to celebrate your marriage for the long haul. You made it! A year in you won’t just have a spouse, you’ll have a best friend. You’ll also be far more proficient in said best friend’s communication style, preferences, and daily habits, too. And vice versa. This would be a much better time to get lost on a road trip through Spain together, don’t you think? 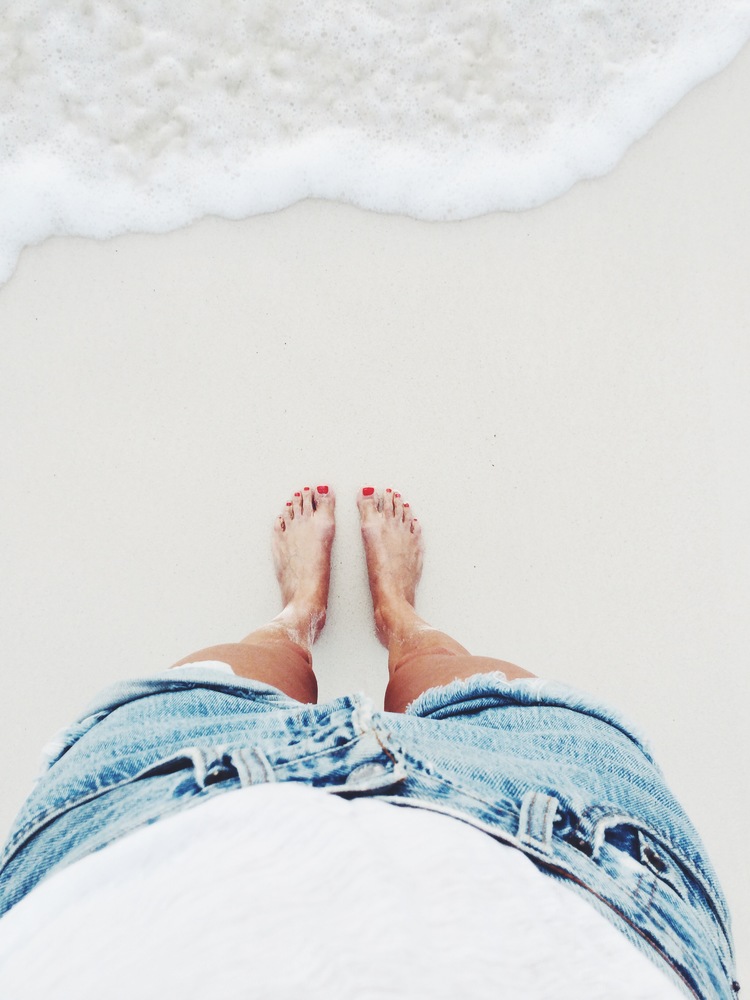 3. Travel will become a habit.

Bundling plans for backpacking South America together with plans for a wedding may mean you’ll always associate travel with something incredibly stressful and expensive. This doesn’t have to be so. By giving yourself and your spouse a year to plan, you won’t just end up with an epic honeymoon, you’ll actually learn how to prioritize travel in the midst of the mundane, paying bills while reserving train tickets, and folding laundry while practicing French.

As you fine-tune the rhythm of your new life together as a married couple, having a one-year anniversary trip to look forward to means you’ll weave travel prep in with daily life. That is decidedly less stressful than the time leading up to a wedding. Saturday morning pancakes with a side of Travel Channel and Fodor’s? That’s a routine we could all get used to.

4. You’ll get to the good stuff, quicker.

Though wonderfully exciting, you don’t need a ‘round-the-world trip to validate your marriage. Know this: Regardless of your means to travel the second after your vows, your vows are still vows and they matter. They’re beautiful and powerful and there’s something to be said for simply taking time to relish in that once married.

A few nights at a hotel in town, a cabin in the woods, or even a tent at the beach (if that’s your thing) will have you focused on the good stuff right off the bat. Are you getting married just to throw a party? Stamp your passport? Save on rent? Probably not. There’s something at the heart of your marriage that the craziness of wedding planning has a propensity to blur. Refocus and get back to that by waiting a year to go on your big adventure.

Chances are you’ll realize the best adventure has already begun.

What are your thoughts? Would you skip your honeymoon or plan it later?