The Everygirl beach bag packing list: Sunscreen. Iced coffee. Your favorite Trader Joe’s snack. A bright patterned towel for your Instagram pictures. And, of course, the perfect book. Any book you can lose yourself in counts as a great beach read for us, so we’ve rounded up ten very different titles to add to your summer reading list. 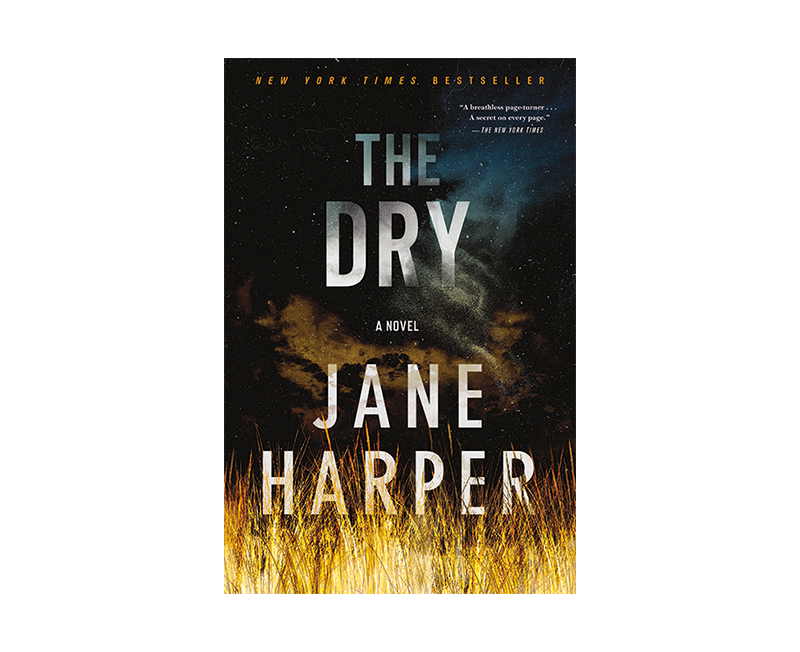 In this debut crime novel, Luke, a married father of two, commits a horrific act in a small Australian farming community. When his estranged best friend, Aaron, returns to town for the first time in years to attend Luke’s funeral, more rumors and secrets begin to escape from their pasts. This novel adeptly follows two equally thrilling storylines, as Aaron tries to figure out what really happened to end Luke’s life, and the reader looks for answers to a mystery that has been following the pair since high school. 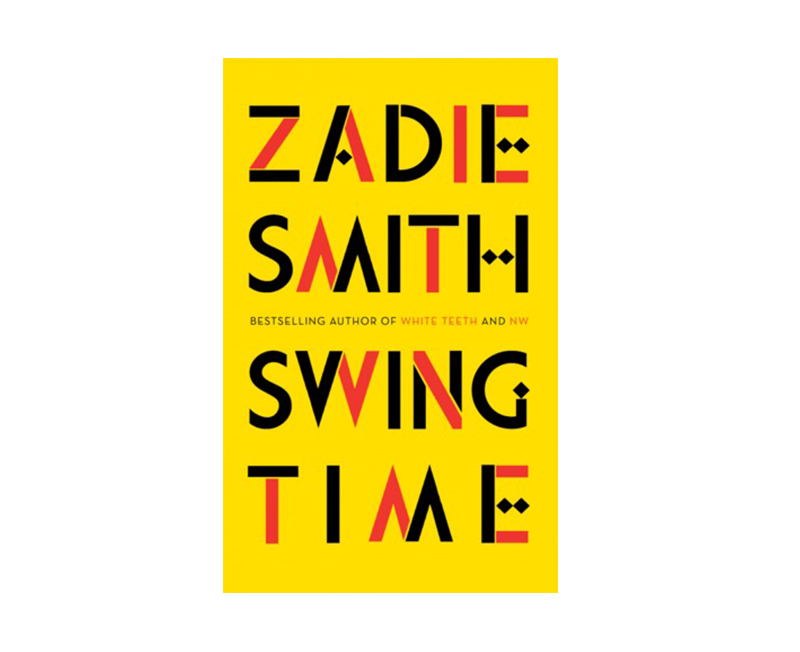 Fast-paced reads definitely have their place on the beach, but if you prefer to engross yourself in a more character-driven novel, try Zadie Smith’s latest title. Swing Time tells the story of two biracial girls growing up in London public housing in the 1980s, brought together by their love of dance. Despite their shared background, their upbringings are very different, and they grow apart as they grow older and begin to hold very different ideas—about their friendship, their roots, and even dance itself. 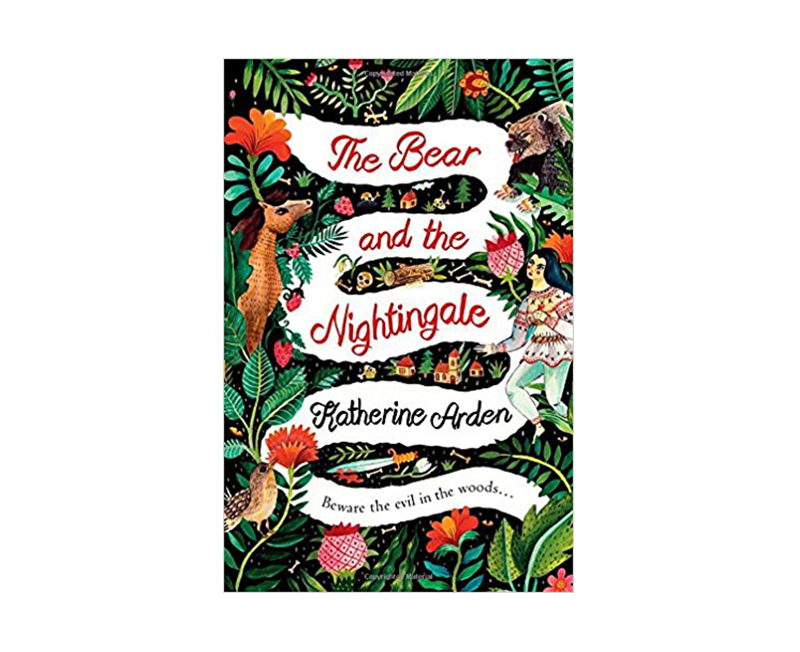 The Bear and the Nightingale, Katherine Arden

Escape into a fairytale (and away from the summer heat) with this gorgeous first novel set in the wintry Russian wilderness. Building on the Russian fairytale of Morozko (Father Frost), this novel focuses on Vasilisa, a young girl with a special attachment to the old ways of her village. When her father brings home a new wife from Moscow and an eager young priest follows, things take a turn for the worse as winter draws nearer, and Vasilisa seems to be the only one who can protect her family from the evils living in the nearby woods. (This book is highly enjoyable even if fantasy isn’t normally your “thing.”)

Click here to buy The Bear and the Nightingale on Amazon. 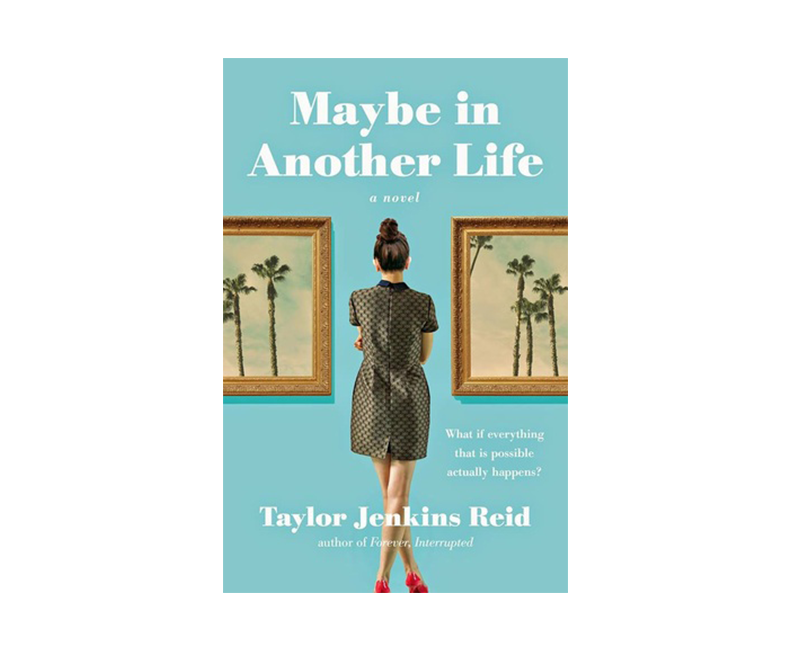 In this Sliding Doors-esque novel, Hannah is 29 years old and recently moved back to Los Angeles after years hopping around the country. On one of her first nights out in her old city, she runs into—who else?—her high school boyfriend. When Hannah’s best friend is ready to go home, but her old flame offers her a ride if she wants to stay out, she has a decision to make. In this fun, heartwarming novel, she gets to choose both, which means we get to follow both the Hannah who decides to head home, and the Hannah who decides to stay. (Psst: This one also makes for a great audiobook if you prefer to listen to your stories!)

Click here to buy Maybe in Another Life on Amazon. 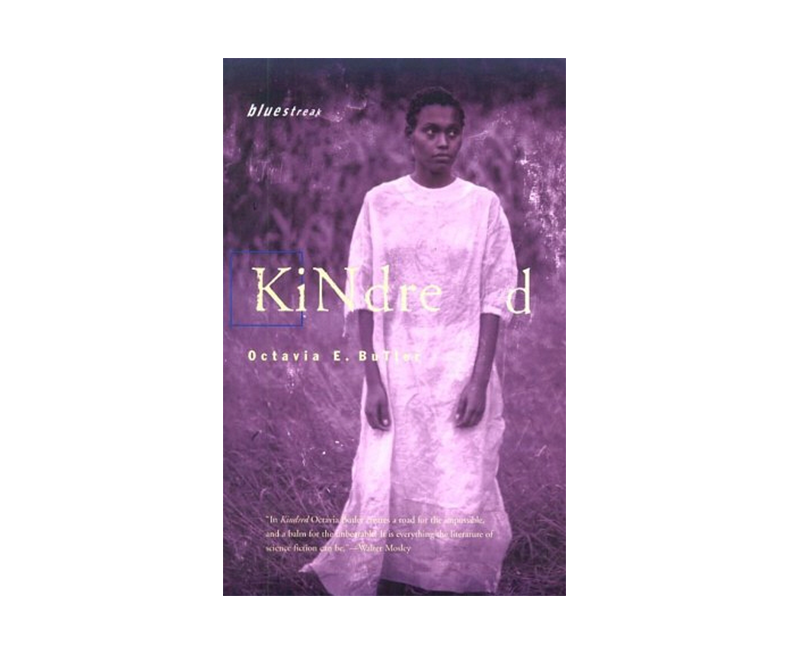 First published in 1979, this time travel tale has been a consistent favorite among science fiction and historical fiction fans alike. It follows the journeys of Dana, a black woman in contemporary California, as she is unexpectedly transported back through time to the antebellum south. With each visit, her time in the slave quarters becomes longer and more dangerous. This classic novel is the perfect intro for anyone who has wanted to read the award-winning work of Octavia Butler but is wary of a science fiction label. 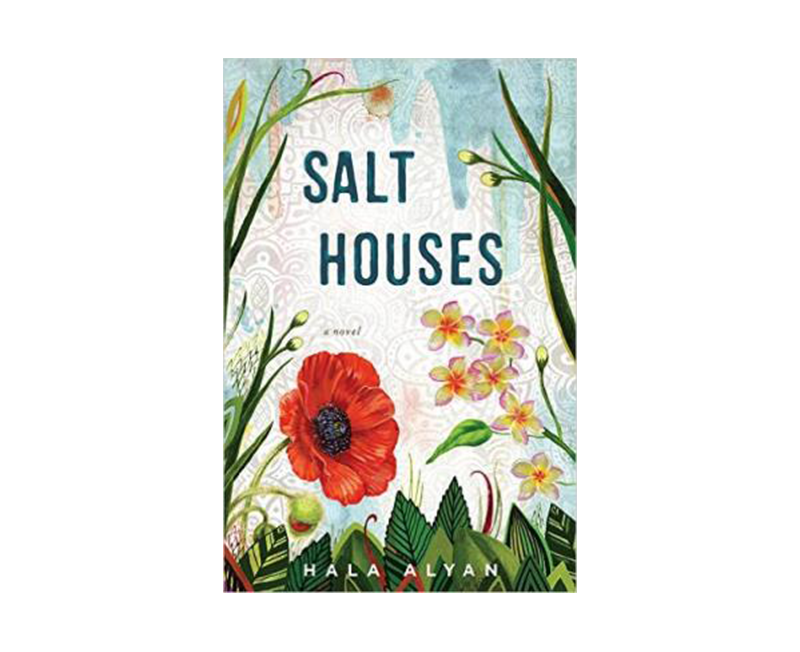 For fans of last year’s best-selling Homegoing, this multigenerational family saga tells the important story of another group of historically displaced people. In 1963, Alia is a young Palestinian woman on the eve of her wedding night. Over the next 50 years, political and military conflicts push Alia and her family out of Palestine and eventually scatter them across three continents. Despite the book’s specific historical setting, it is less about the political history of the Middle East and more about the journey of one family as they face a difficult question: What do you do when you really can’t go home again? 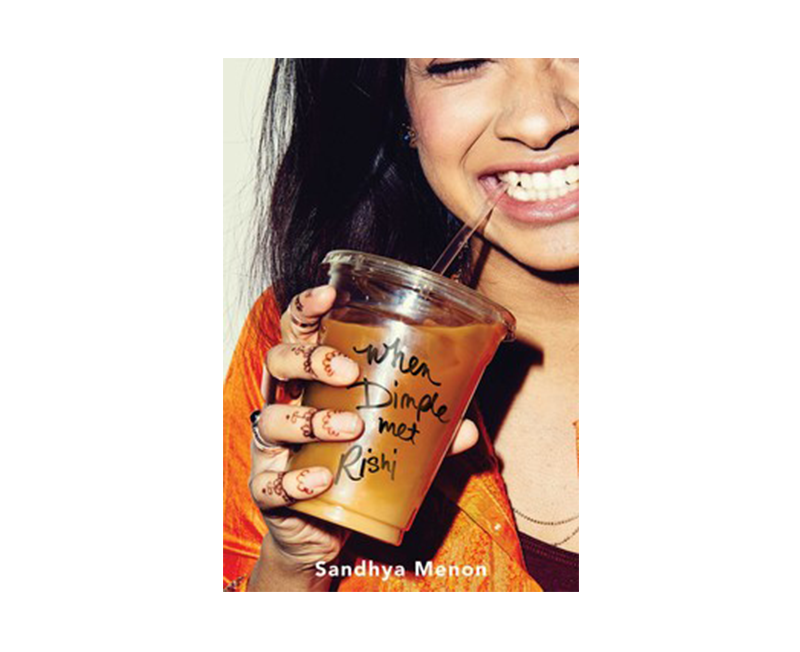 Does a cute, fun contemporary YA romance sound like a great beach read to you? If so, look no further than this summer’s When Dimple Met Rishi. Dimple is looking forward to attending Stanford in the fall and wants nothing more than to attend a computer programming camp in San Francisco over the summer. She is not interested in her parents’ desire for her to find the IIH (Ideal Indian Husband); in fact, she is actively avoiding dating. Rishi, on the other hand, is an IIH in the making: he respects tradition and can’t wait to find a bride who will please his parents and help him build a stable future. If you enjoy heartfelt YA books such as Eleanor & Park or The Sun is Also a Star, add this new title to your list!

Click here to buy When Dimple Met Rishi on Amazon 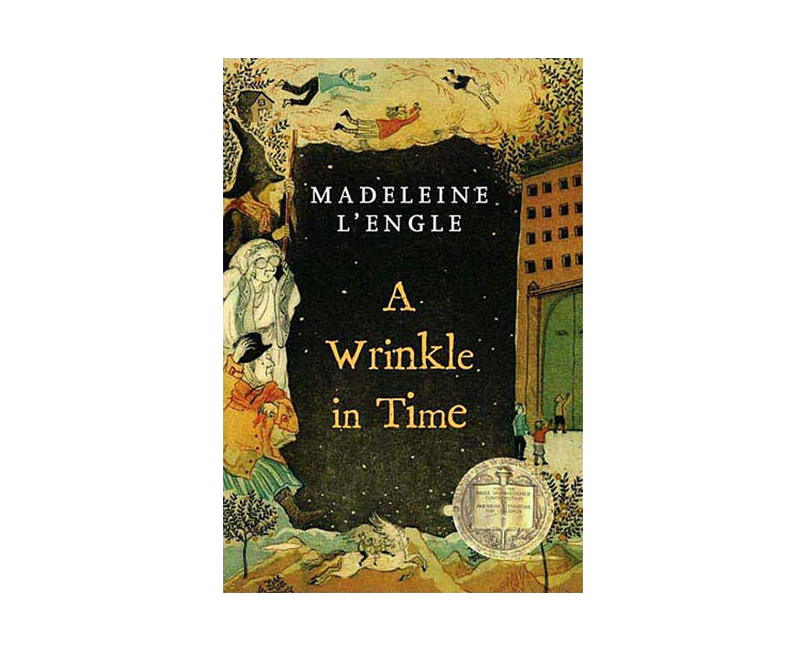 A Wrinkle in Time, Madeleine L’Engle

This book was first published in the early 1960s but has staying power with children and teens (and adults!) today. The first in a quartet, A Wrinkle in Time tells the imaginative tale of young Meg Murry and her siblings as they search for their missing father through both space and time, encountering a number of fantastical creatures and supernatural beings along the way. This summer is the perfect time to start (or revisit) the series, as Oscar-nominated director Ava DuVernay is currently leading a star-studded movie adaptation slated for release in 2018.

Click here to buy A Wrinkle in Time on Amazon. 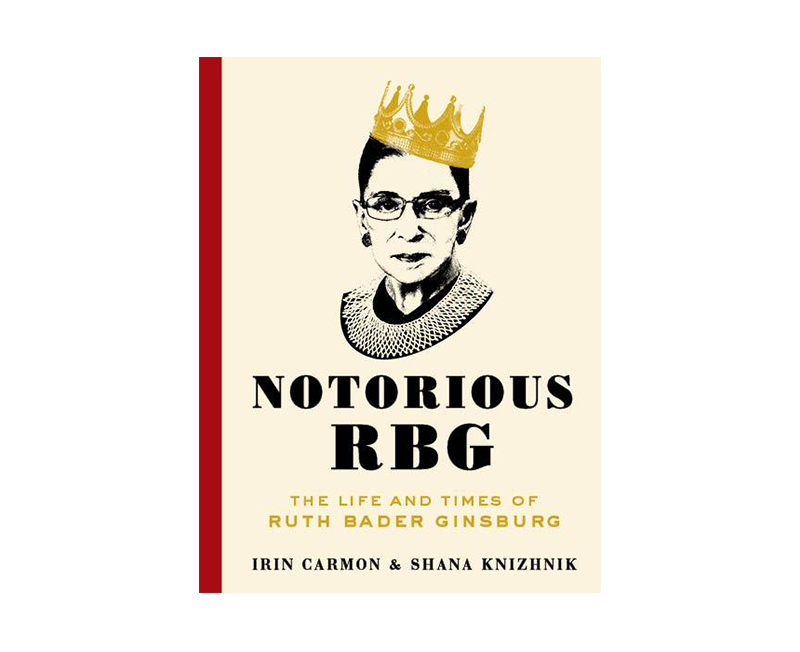 SCOTUS has been getting a lot of press time in the past few years, but the death of Antonin Scalia in 2016 and the ensuing political battle over his open seat really pushed the Supreme Court Justices to the forefront of American news. Learn about one of the most notorious members of the Supreme Court, Ruth Bader Ginsburg, in this informative and compelling illustrated biography, inspired by the popular Tumblr account. 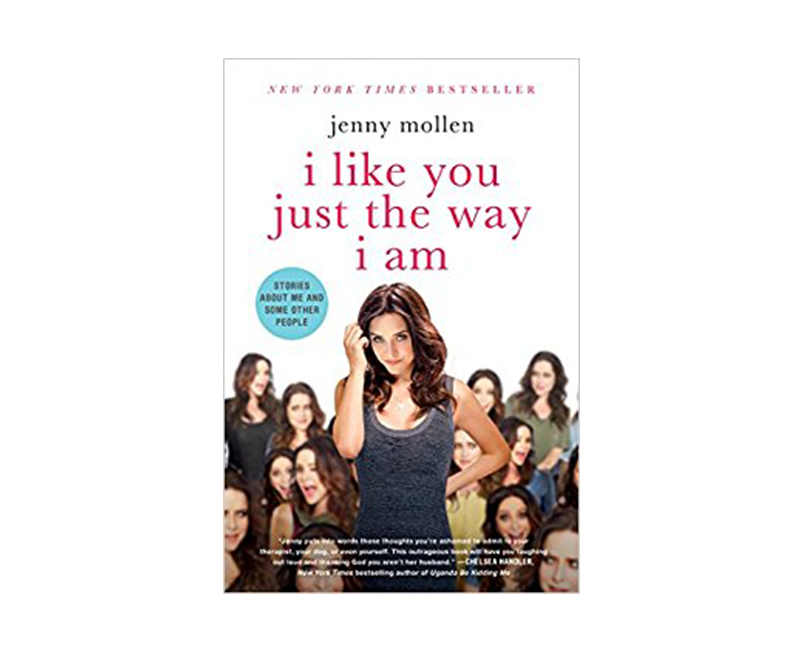 I Like You Just the Way I Am, Jenny Mollen

This 2014 humor memoir by actress and comedian Jenny Mollen contains chapters ranging from “Behind Every Crazy Woman, There’s an Even More Batshit Mother” to “One Shade of Grey” to “The Bloody Truth About Hollywood.” Last year, Mollen and her real-life husband, Jason Biggs, began starring in a comedy television show of the same name on ABC.

What books are on the top of your reading list this summer? Tell us in the comments below!