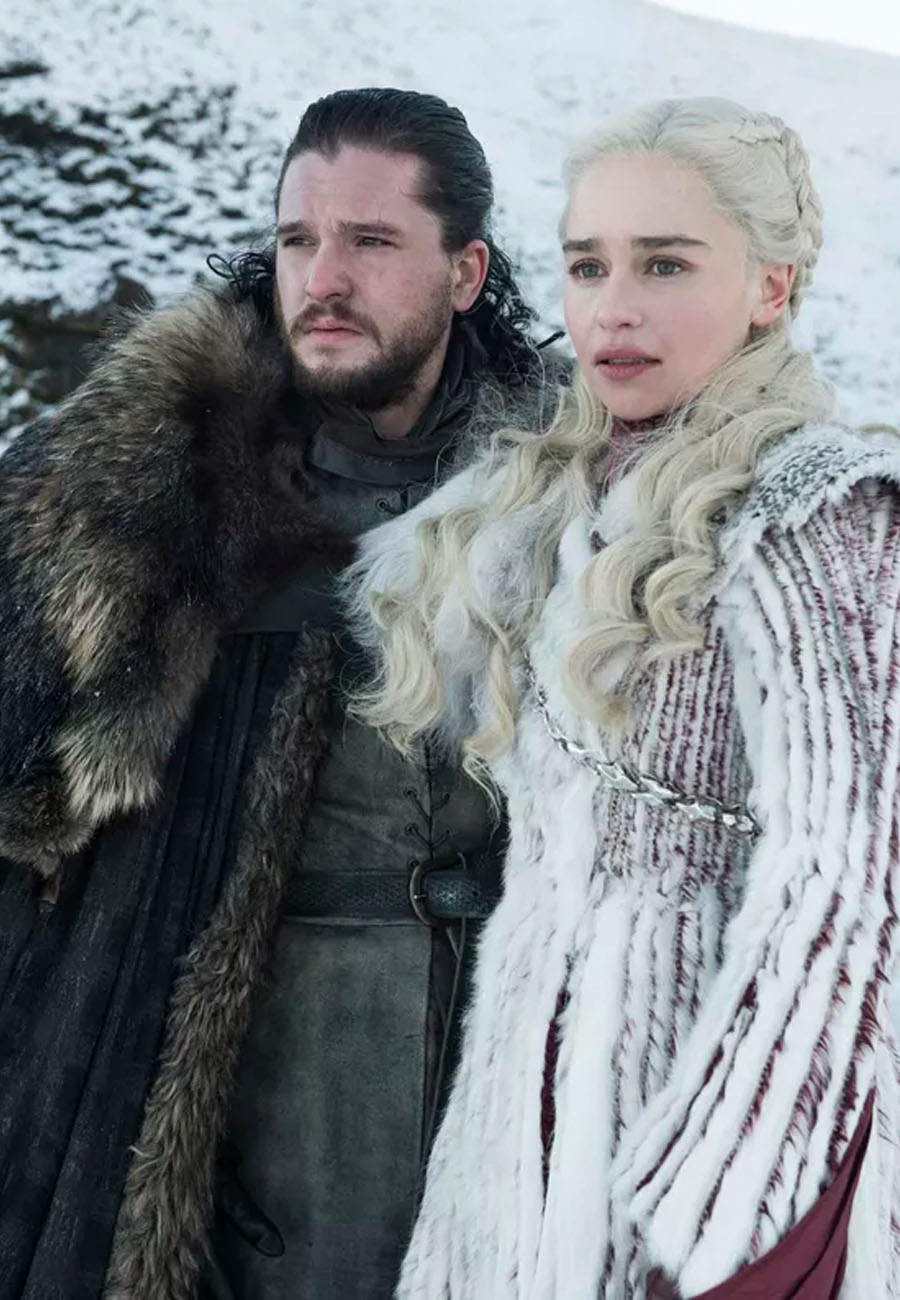 Whatever you felt about the last season of Game of Thrones (I feel conflicted but at least my baby Ghost is back with his human where he belongs), we can all agree it was an incredible achievement in TV. It’s basically the only show that EVERYONE I know was watching live, waiting for week in and week out. Now that it’s over, I have lots of intense, angsty Jon Snow energy with nowhere to go, so I’ve complied this list of absolute banger shows to watch and fill the gaping hole in my soul. Join me!

This is SUCH A BINGEABLE SHOW. It’s basically Gossip Girl does dystopia and I am. here. for. it. The basic premise is that a busload (literally) of teens go on a camping trip and when they return… all the adults are gone. Hear that buzzing sound? That’s the sound of DRAMA and hot teens whispering to each other. The show is basically Lord of the Flies only better because women are, you know, in it.

I have two words for you: Idris Elba.

Okay I lied, here are more words. This show is smart and creepy and so twisty-turny you’ll be a pretzel by the end. Idris Elba slays every scene and not just because he looks like a daddy in finely-tailored business wear. The gist: Luther is a cop in England who has just returned to duty after an ~incident~ where he may or may not have let a criminal die on his watch instead of taking him into custody. Dramaaaa ensues. Soft warning: this show can get a little fast and loose with the gore. If you were okay with GOT, you’ll probably be okay with this.

If there is one guy that knows more about beheading than anyone on GOT, it’s Henry VIII aka Henry Horndog aka Ugh, It’s Him aka Kind of a Smokeshow?? The Tudors is like GOT only wayyyyy dishier with 100% more of everyone’s favorite deep-V-neckline aficionado, Margaery. Come for the intrigue, stay for the gigantic necklaces and many, many (many) affairs. Smolder!

Phoebe Waller-Bridge is my idol. She is an absolute genius and everything she makes hits me on a visceral level. She’s the showrunner of Season 1 of Killing Eve and it’s so incredibly sharp and smart and shocking. Sandra Oh is ON FIRE and Jodie Comer is one of the best actresses I have ever seen. The show is about obsession and desire and breaking complacency and every scene slices like a blade. Watch it for the powerhouse women behind it.

Y’ALLLLLL I freakin’ love Outlander. If you were mad at the last season of GOT for basically failing its female characters, then you need to start watching Outlander immediately, ya dig? Season 1 (Part 1 and 2) is an absolute masterpiece of the feminine gaze. Here are the details: Claire, a combat nurse in WWII, is transported back in time to Scotland in the 1700s. She has to deal with her new life, the suspicion of everyone in 1743, and the husband she left behind. Plus, this show has a lot of knitwear porn in the form of cozy shawls and a plethora of kilts.

I binged this show the weekend it came out, despite being a lil suspicious. And ya know what, it exceeded my expectations by a mile! The show is based on the comics by Gerard Way (My Chemical Romance anyone?) and Gabriel Bá and is delightfully comic-book-y, intercut with an absolutely killer soundtrack. There is intrigue, there is a time travel briefcase, there is an intense violin. I mean, what are you waiting for? I won’t give you specifics because everything is a spoiler. Just watch the trailer okay goodbye.

Have you ever wondered, What if the Wildings had their own show? WELL wonder no further, ladies and gents, because Vikings exists and it’s an absolute insane ride from start to finish. Plus, with a deep backlog on Prime, you’ll have plenty to binge for weeks.

8. A Discovery of Witches, Sundance / Prime

Let me preface this by saying: this show is cheesy. There is an extended scene of a blood analysis lab cut with romcom music. It’s hard to explain mmkay. But sometimes cheesy is OH SO GOOD. Based on the first in the trio of novels by Deborah Harkness, A Discovery of Witches follows Diana Bishop, a professor who eschews her powers as a witch. She finds a ~very important~ book and is suddenly trailed by a hot vampire and off we go. The show stars Matthew Goode in his hottest role yet and honestly I would watch anything he decides to be a part of the end.

If you’ve been missing Ramsay on your TV screen, first of all: you psycho. Second of all: don’t worry, he’s in Misfits! This is such a great throwback show. It’s British so ~accents~ and it’s about, you guessed it, misfits… but they also have powers! It feels quite gritty for a show about superpowers and it’s seriously bingeable. You’re welcome.

If what you’re going to miss about GOT is the politics and backstabbing, you can’t get any better than a classic episode of The Good Wife. Julianna Margulies has the best stare down in TV, second only to Dany of course, and she wields her laser stare with insane power as Alicia Florrick, a lawyer returning to work after raising her kids. And honestly there could not be more episodes of this, there are about a billion seasons. You’ll be busy for a while.

Next in my crusade to get you to watch more feminist TV, if it pleases the court, I present: Orphan Black. This is a show about clones and it’s also a show about reproduction and women seeking power over their bodies and decisions. Tatiana Maslany plays about seven different characters (cause clones, ya know) and she is FLAWLESS. I honestly forget sometimes that she is playing all of these people. She is the best actress of her generation, fight me. The first three seasons are peak TV and then things get kind of hinky and there are a lot of plots going on. But hey! Just like GOT amiright.

This show is like a word cloud of all of my interests. David Tennant. Silly looking glasses. Books adapted into TV series. Bowties. THE LIST GOES ON. Based on the best-selling book by powerhouse Neil Gaiman, Good Omens looks like a summery cure for GOT withdrawal with more laughs and more ~hairdos~.

What are you watching now that GOT is over? Tell us in the comments below!