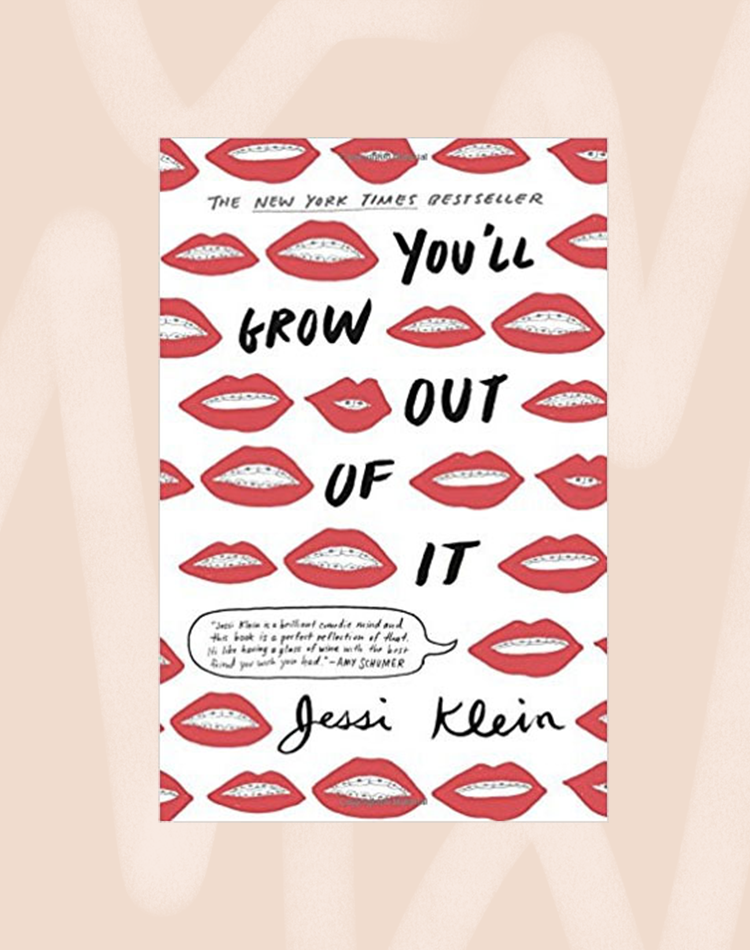 From a couple of self-help books, to some hilarious memoirs, to a book that’s literally about how to make the most of your twenties, there are a few titles on my super fancy bookshelf (as in, the one I bought on sale at Target and then forced my husband to put together), that literally changed the course of my twenties and inspired me to make some huge career moves that I would have never had the courage (or insight) to make otherwise.

Below I’ve listed 15 of the most treasured books that have guided, encouraged, and comforted me throughout my twenties, with the hopes that even just one of them adds some goodness to your life in one way or another. 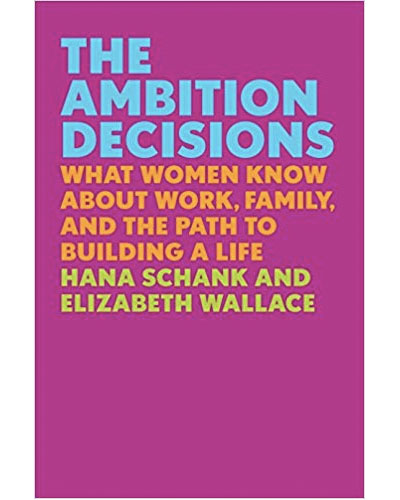 I’m sure this book is an incredible read during any part of your twenties, but I felt it particularly helpful, informative, and even life-changing to read as a woman in her late twenties. Authors Schank and Wallace interviewed multiple female classmates from their time at Northwestern and then put together and mapped out data throughout the book based on real women’s lives in various categories – including career, ambition, marriage, parenting, and economics. What I particularly loved about this book is that it’s encouraging and relatable to women on all sorts of paths — from women who are solely focused on their careers, to women who are full-time mothers, to the ones who are doing both. Best of all, they discuss all of this while being completely judgment-free. 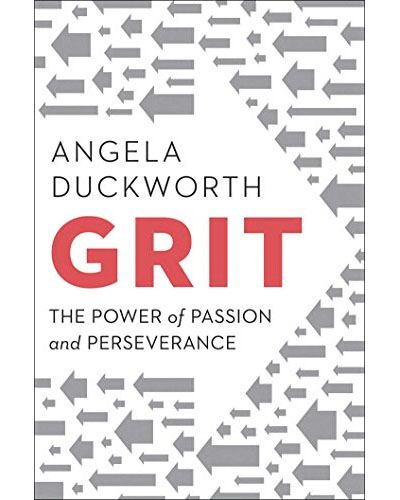 Grit: The Power of Passion and Perseverance

I’ve read this book at least three times, and each time I finish it, I’m inspired and invigorated all over again. In this book, Duckworth writes about the power of passion and perseverance over talent. Grit contains research on and interviews with dozens of high achievers — including the CEO of JP Morgan, the New Yorker cartoon editor, and the coach of the Seattle Seahawks. Reading this book will remind you — or prove to you — that committing to your passion is so much more important than having innate talent. 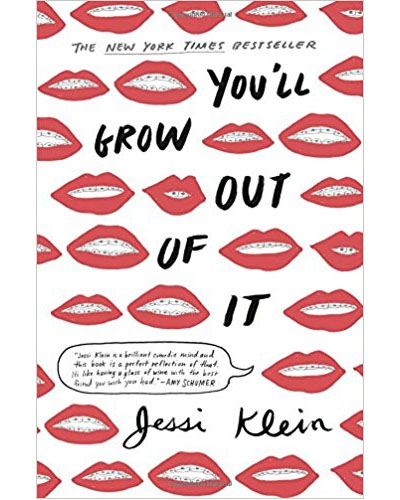 You’ll Grow Out of It

Written by the head writer of Inside Amy Schumer, this is a hilarious memoir with laugh-out-loud essays about Klein’s experience as a modern woman in America. What I found most moving about this memoir, though, was her openness and honesty with her struggle to get pregnant. Although I’m not currently trying to start a family, I know I’d like to have one someday, and I found Klein’s frankness about fertility to be incredibly refreshing. I know I will look to this book as a source of comfort again down the road. 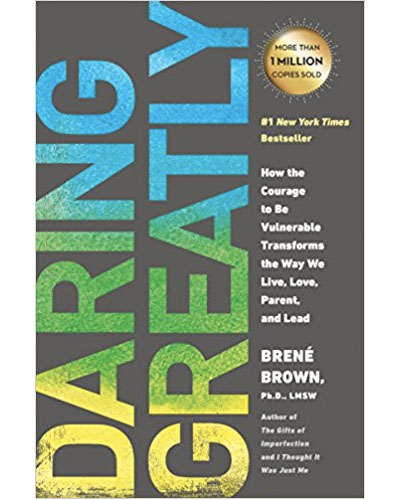 Read this book, read this book, read this book! It’s a heartwarming, well-written, and insightful book about the power of vulnerability and how it’s actually a huge measure of courage, as opposed to a weakness that we should be ashamed of. Brown wrote this book after coming off of twelve years of unprecedented research in the area, and her book will help you understand that it’s okay – even more than okay – to feel lost, insecure, and vulnerable (which is an especially reassuring concept to be told during the unstable time that is your twenties). 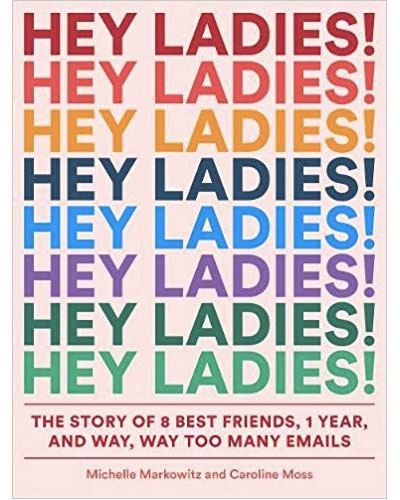 To be honest, there’s nothing about this book that’s going to change your life or turn your twenties upside down for the better; but, it's hilarious, clever, and bizarrely relatable even amongst all the insane and exaggerated jokes. Told entirely through a list of chain emails and text messages, this satire tells the story of eight twenty-something friends in the year leading up to one friend’s wedding. Even though I’ve been lucky enough to be a bridesmaid in weddings with incredibly chill brides, I still found this book absolutely poignant, true to life, and ridiculously funny. 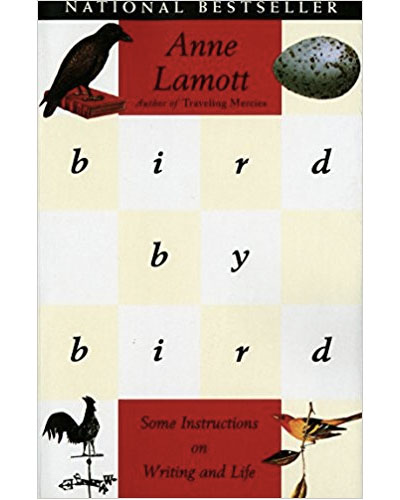 Bird by Bird: Some Instructions on Writing and Life

This is another book that I’ve read a few times, and will probably continue to do so throughout my life. Though writers in particular will absolutely love this book, the wisdom and truthfulness that Lamott shares is helpful and impactful for anyone. The greatest thing I learned from it is to take things one day at a time and to treat life with patience, and I can’t imagine better advice to be given in your twenties. 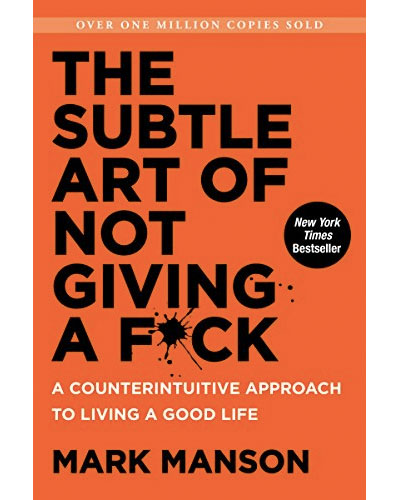 The Subtle Art of Not Giving a F*ck

This is the only book on the list written by a man, and I swear that was completely unintentional (women are just super fantastic awesome writers — it's not my fault). I have read Mark Manson’s blog for a while, and find that both his blog and his book are full of the bluntness and straightforwardness that are missing in a lot of self-help books. Now, I’m all about the types of self-help books that are filled with gentle and compassionate encouragement, and I’ve even included a couple in this list, but I also think it’s important to read something every once in a while that sounds like tough love coming from a sibling or best friend, and this book is exactly that. It helped me address a lot of different stress-inducing aspects of my life, and I hope it does the same for you. 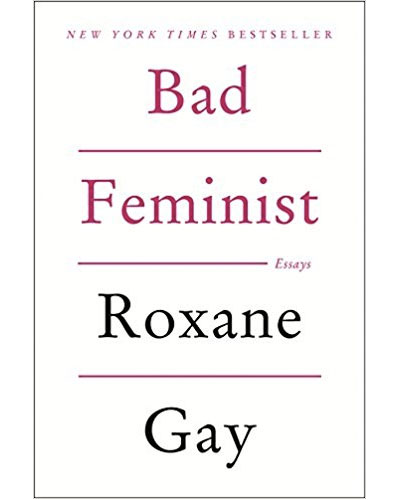 There’s a reason people are constantly talking about or referring to Roxanne Gay’s writing — it’s because she’s an intelligent and thought-provoking writer, and Bad Feminist is no exception. In a moving collection of essays, Gay covers everything from pop culture, to growing up female, to a very funny essay about her experience as a beginner in a Scrabble tournament. But what I found most illuminating from this book was when Gay wrote about her experiences as a woman of color. As someone who comes from a privileged background, I found her perspective to be seriously eye-opening about the things that I frequently take for granted, and I think that’s an incredibly important lesson to learn no matter what age you are. 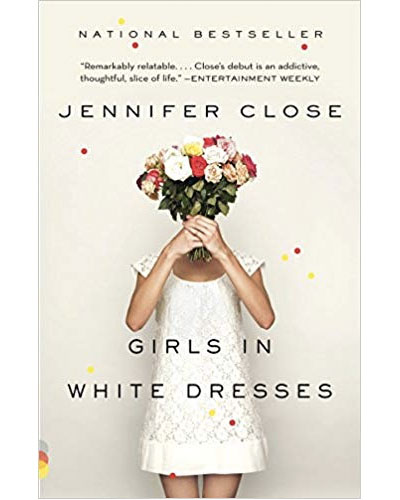 Other than Hey Ladies!, this is the only other fiction book I included on the list, mostly because Close writes in such a natural and organic way that it often felt like I was just reading someone’s memoir or a book of essays. Each chapter of this book takes on a different protagonist from a group of college friends, and follows them as they move throughout their twenties and undergo the sometimes exhilarating and sometimes painful aspects of dating, moving up (or down) in their careers, and watching as they change with, or away from their friends. Reading this book felt like I was momentarily stepping out of my own brain and jumping into that of one of my friend’s, which in turn made me feel both comforted and reassured. 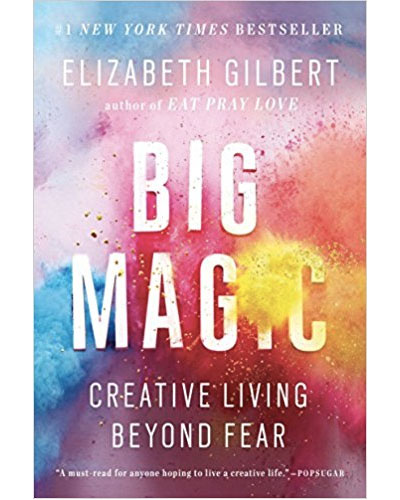 I honestly adore this book, and it’s another inspiring one that I plan to read several times over. Gilbert writes about her own experiences and interesting perspectives on creativity, but not in a way where it’s only useful to writers, actors, and the like. Rather, it’s a heartening and uplifting book about how anyone can live a creative and fascinating life — from lawyers, to doctors, to administrative workers, to someone in-between careers. I felt especially moved by this book because it taught me how to embrace the things that I love and the things that bring me joy, instead of feeling the need to apologize for them. 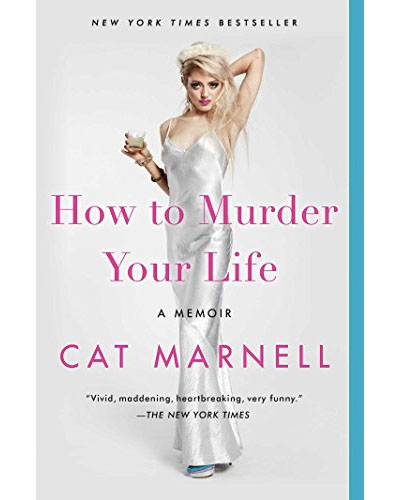 How to Murder Your Life

Fair warning: this book might be a bit triggering, especially to anyone who has or continues to suffer from addiction or mental health problems. Marnell writes openly and vulnerably about her addiction to prescription drugs, her experiences with an eating disorder, and her struggle with insomnia. Marnell details her glamorous New York lifestyle and her seemingly successful career in fashion, all while simultaneously discussing the dark things she was suffering from in secret. I found it to be an eye-opening way of remembering that there are so many layers to the people around us, and it was an important reminder to be compassionate and empathetic, as you never know what someone is suffering from behind the scenes. 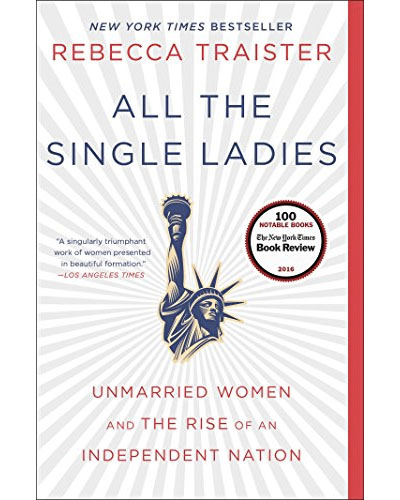 All the Single Ladies: Unmarried Women and the Rise of an Independent Nation

This is simply a fascinating book about the evolution of feminism, the history of unmarried women in America, and how the life of the single American woman has changed over the last several decades. It covers everything from class, to race, to sexual orientation, and I think it’s an incredibly important book for any woman to read in order to help us better understand where we used to be and how far we’ve come. 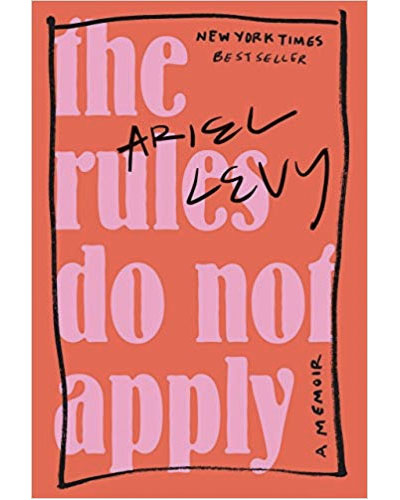 The Rules Do Not Apply

I read this memoir almost a year ago, but I found it so deeply personal and moving that I still think about it on a regular basis. Levy, a staff writer at The New Yorker, gave us a book that was raw, compelling, and impactful, and the way she deals with unbelievable heartbreak should be a source of inspiration to any woman (or man) who comes across her story. 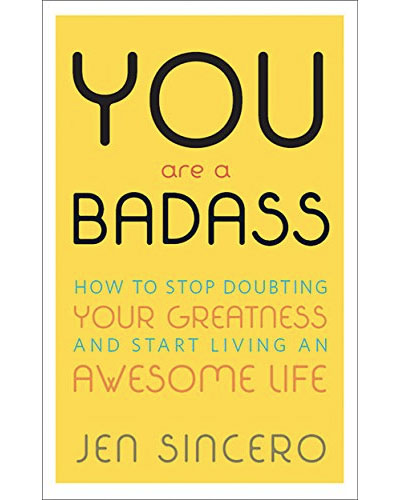 You Are a Badass

So, to be honest, I found this book to be a tiny bit corny and overly self-helpy, but that’s also one of the reasons why I enjoyed it so much. It’s just a feel-good book filled with real stories, helpful and honest insights, and some pretty relatable chapter titles like “Your Brain is Your Bitch.” It’s a great way to feel more uplifted and to give yourself some guidance when you’re feeling lost. 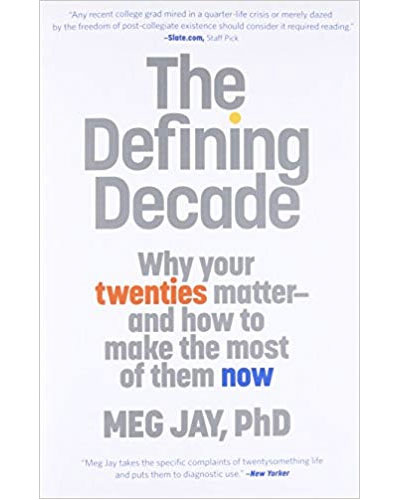 Although it’s not necessarily better than any of the other books on this list, I will say that The Defining Decade is probably the most impactful book I’ve read in the last six years — particularly in relation to how I have lived and continue to live out my twenties. Jay, a clinical psychologist, writes a very convincing and informational book about why your twenty-something years are so crucial, and how it’s never too late to turn them around, even if you’re feeling completely lost and overwhelmed. This book completely changed the way I thought about my career and the path I was on, and I would recommend it to any woman who was looking for one single book that might drastically alter her life upon reading it.