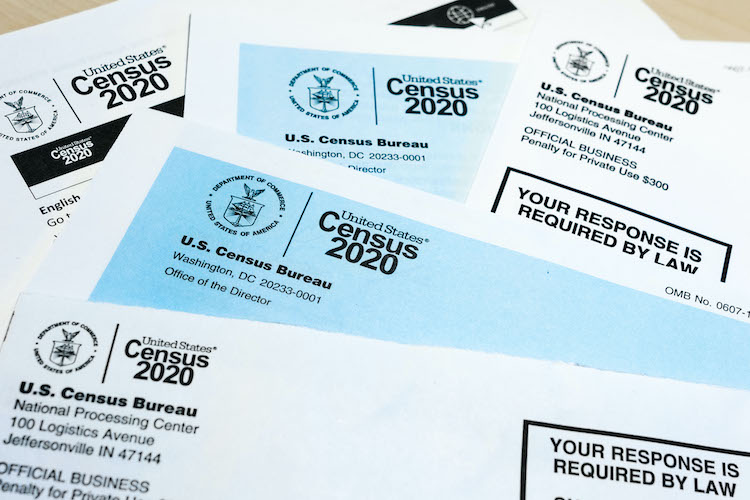 Thinking back on 2020, you may remember completing a mailed census form early in the year. The U.S. Census is a constitutional mandate that requires the United States Census Bureau to conduct a nationwide survey every ten years. The U.S. Census Bureau released its first set of 2020 census data a few weeks ago, and the information provides a glimpse into how high-stakes the 2022 midterm elections will be.

What is the Point of the Census?

The census data helps to accomplish a number of social and political goals, including:

Why Is the Census Necessary?

Completing the U.S. census is important because having accurate information about our communities is a key component of reversing many public issues – poverty, homelessness, food deserts, racism, sexism, xenophobia – just to name a few. The U.S. Census Bureau reported that there was a 99.98 percent household response rate for the 2020 census, which is a significant increase from the 74 percent response in 2010. When the census response rate is high, vulnerable populations stand a better chance of receiving needed resources.

Challenges with the Census

Historically, the Black community has not been equally represented on the census. Heightened mistrust of the government system combined with racist classifications of being three fifths of a person (Three Fifths Compromise) has not typically made for high response rates or effective solutions in Black populations. There was a more directed effort to promote the 2010 and 2020 censuses in the Black community, and with such a high overall response rate for 2020, it is conceivable that traditionally underrepresented communities will experience meaningful change in coming years.

Hispanic populations have also struggled with equal representation on the U.S. census. Undocumented individuals usually do not respond to the survey, making it difficult for immigration and citizenship organizations to receive data they need to better serve the community. During the 2020 census, Donald Trump proposed a citizenship question for the survey – an unprecedented move. Under the proposition, people who were not considered citizens would not be included in the count to determine Congressional apportionment. Once President Biden took office, one of his first executive orders was a revocation of the citizenship question, citing lack of precedent and risk of underrepresentation.

Of course, a unique challenge with the 2020 census was the COVID-19 pandemic. As local governments implemented “safer at home” policies, the last thing people were concerned about was leaving their homes to mail a census survey. The Census Bureau accommodated for the unforeseen hurdle by extending the response deadline and shifting towards online survey completion.

How Does Apportionment Work

There are 435 seats in the House of Representatives, each of which are divided among the 50 states based on their apportionment populations. The apportionment population, different from the overall population, reflects the number of people living within the continental U.S. (excluding Washington, D.C. and Puerto Rico) plus the number of people living overseas who would otherwise be counted by a U.S. state. Districts with higher populations receive more seats, and vice versa. States may gain or lose seats as populations fluctuate. This apportionment structure aims to ensure that each person in the U.S. is represented by someone in Congress.

The seats in these states will change based on the 2020 census:

Political forecasters believe that the apportionment changes might benefit the Republican party during the 2022 midterm elections as many of the states gaining representation are right-leaning. There is currently a Democratic majority in Congress by a handful of people, but more conservative representation in Florida, Montana, and Texas could likely result in a majority switch.

A second set of census data – including information on race, ethnicity, age, and sex – will be released by the U.S. Census Bureau by August 16.