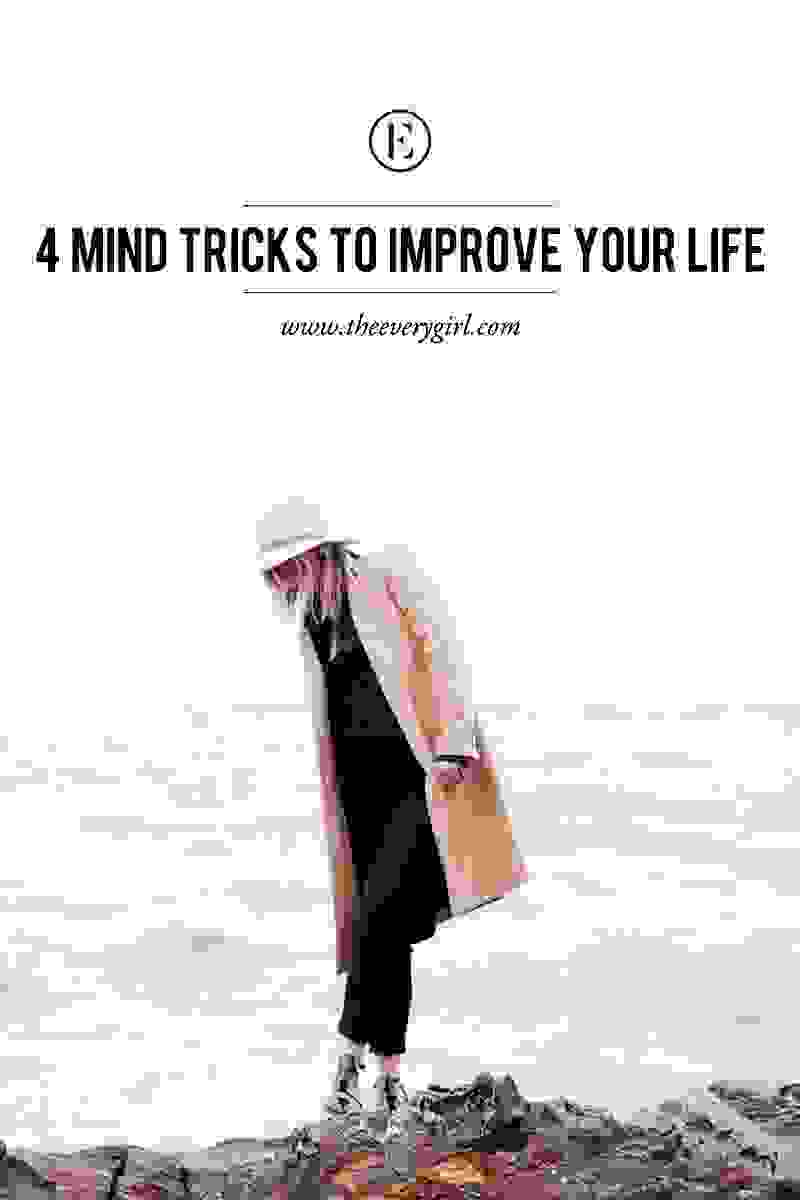 A few times every week, I’ll get a text from one friend or another basically saying some version of: “You have to check out this podcast.” I don’t know if it’s that I have nerdy friends or that podcasts are such a fast-growing medium (or both), but I find it hard to make time to listen. But one day a few months ago I was in the right place (on the couch) at the right time (with nothing to do) when my friend Jann sent me a link to an episode of On Being.

It was called Science of Mindlessness and Mindfulness and it featured a social psychologist and Harvard professor named Ellen Langer, whose work suggests that the way we think about things can impact our health, competence, and happiness. I was hooked.

I won’t spoil everything, because it’s definitely worth a listen, but I will share a bit from one of her first studies on how changing your mindset can change your physiology. Yes, really. The recap: In 1981 Langer had eight men in their 70s all spend a week in a controlled setting she ‘retrofitted’ to conjure 1959. We’re talking the full renovation: “Perry Como crooned on a vintage radio. Ed Sullivan welcomed guests on a black-and-white TV. Everything inside [was from that era]—including the books on the shelves and the magazines lying around.”

At the end of their treatment, the subjects’ memory and cognition, hearing, and even sight improved. By setting their minds to an earlier time, they put their bodies in an earlier time as well.

So the experiment was basically to have the men “inhabit” this era when they were 22 years younger. They were to go beyond reminiscing and instead speak about that time as though it were the present. The staff treated them as if they were that much younger (an example of this was they were told to bring their own bags to their rooms, without help), and they had no mirrors, only portraits of themselves from ‘59.

At the end of the five days, they were re-tested on things like “dexterity, grip strength, flexibility, hearing and vision, memory and cognition,” (they had been tested before their stay) and the outcome is nuts. Among other results, the test subjects were now “suppler, showed greater manual dexterity and sat taller… independent judges also said they looked younger.” And most wild of all, their sight improved. Ellen’s conclusion was that by setting their minds to an earlier time, they put their bodies in an earlier time as well.

So it got me, well, thinking, about how powerful our minds are and some daily ways we can put that power to good use. And since we can’t all be a part of Ellen Langer’s experiments, here are some popular mental ‘tricks’ that you can start trying right now to greatly impact your life.

You’re likely familiar with the concept of a mantra—a repeated word or phrase—but have you tried it recently? Go beyond your pinning or ‘gramming inspirational quotes and consider an area in your life where you constantly feel tension or suffering. This is a great place to apply a mantra (which serves as a mini meditation almost).

Whether your mantra is related to self-confidence (“I am enough”), people pleasing (“I cannot be all things to all people”), enduring tough times (“Head up. Heart open.”), or anything in between, try and repeat the word or phrase throughout the day.

Several years ago I really struggled with being fearful of work phone calls (seriously!), so I concocted a calming mantra that I read before every call that would center me and remind me of whatever truth I felt I really needed to hear regarding that situation. I still do this in lots of areas of my life (ahem, dating).

This one is as simple as it is fun. Simply make time for non-structured thoughts and ideas. So often we only create with an end in mind, which can actually stifle our imagination. So whether you want to follow a fun fantasy in your head or envision your dream life or career, take some time to kick back and let your brain run wild.

There have been loads of studies done on the powerful effect that positivity has on life. But it’s often easier said than done. A little detour towards positivity that I’ve found very helpful is the idea of gratitude. Instead of focusing on what we don’t wish to happen in our life, it can be revolutionary to focus on what you’re looking to create in life, as well as what you’re grateful for. Whether you do this regularly at a set time throughout the day or when your mind wants to focus on the negative (which leads to more fear, anger, stress, and limiting opportunities), gratitude is a great mental tool.

Something I’ve been reading a lot about lately is the dissonance between what is happening and the meaning we ascribe it in our minds. For example, if I got a text from a friend that just said “K” I would be tempted to unquestionably believe the thought that my friend is upset with me and I’ve likely done something to anger her. When in reality, I can’t know for sure if that is true. Granted, it may be true, but it can be very eye opening to look at your thoughts about life and test them out before just riding those beliefs off into the sunset.

One of my favorite authors on the subject, Byron Katie, says, “A thought is harmless unless we believe it. It’s not our thoughts, but our attachment to our thoughts, that causes suffering. Attaching to a thought means believing that it’s true, without inquiring. A belief is a thought that we’ve been attaching to, often for years.”

Are there any thought exercises you swear by?