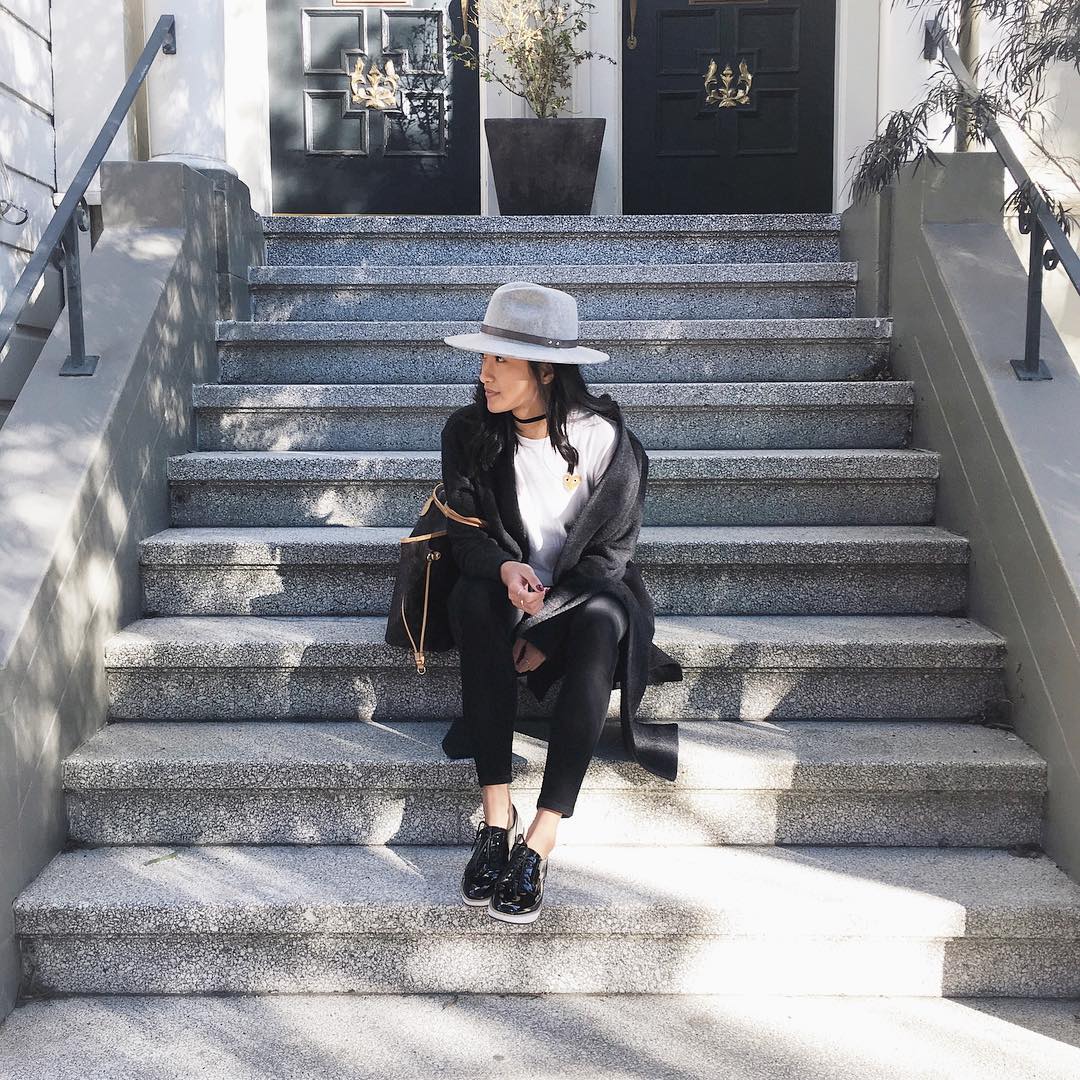 Moving, a new job, the end of a relationship—these major life changes may not be created equal, but they certainly have one thing in common: transition. And any big shift, whether it is good or bad, can create stress, fear, or anxiety. Here are a few ways to find peace in the middle of a significant transformation no matter what you’re going through.

1. Your identity is not tied up in labels.

I used to teach yoga several times a week, and then decided to take an extended break. It felt like the right decision at the time, but afterwards, I was overcome with regret. If I wasn’t a “yoga teacher” anymore, what did that make me? That title had served as a mark of pride and fulfillment for so long, so I wondered: What’s left of me now?

Dramatic? Maybe. But we tend to define our character and sense of worth through titles, vocations, and relationships. And when one of those ceases to define us anymore it can be very disorienting, or even lead to a strong desire to find a “filler” solution as quickly as possible to get things back to “normal” (rebound romance, I’m looking at you).

Instead, face your new reality. If you feel baffled to lose a part of your identity because of a massive life change, know it is perfectly normal. You’ll need plenty of time to rebuild whatever comes next, so don’t rush it. Practice self-care in the form of whatever fills your cup—working out, delicious food, therapy, extra naps, animal cuddles—and trust that you’re more than the role you used to hold.

When I first moved from Chicago to Des Moines, I felt depressed. Even though I chose to move, I landed in a city I didn’t necessarily love right off the bat, and I had no established friends yet. I was lonely, and I spent a heck of a lot of time pretending like I wasn’t. Everything is fine! I’m great! I told everyone. Be positive! You can handle this! I convinced myself.

I didn’t realize that I needed to grieve the loss of a previous life I loved. It felt like failure to admit that I wasn’t actually doing OK, at all, that I felt anxious and scared and overwhelmed by my big life change almost every single day. But suppressing those emotions only led to more stress and anxiety. Once I finally opened up to friends and family, and asked for help, it all felt more manageable. Instead of going into panic-mode all the time, I could lean on the support of others. Plus, I was able to see my new home with fresh eyes and a better attitude, and I eventually came to love it.

When change occurs, even if you wanted it to happen, you gotta go through four big emotions: denial, anger, sadness, and finally, acceptance. Uprooting your life as you once knew it can be downright painful. That’s why we typically try to rush the acceptance part fast, rather than confronting negative emotions and trusting it’ll get easier over time.

Instead, after a big change, allow yourself a major adjustment period: Lounge around all day in sweatpants watching old episodes of Gossip Girl, go for long sweaty runs, drink a few beers with friends, buy new clothes that make you feel cute AF. The post-change “life is hard” feeling seems like it will last forever, but it doesn’t, and if you try to bury certain sentiments or force yourself to fake happiness, it’ll come back to bite you. So embrace the discomfort for a little bit.

3. Change happens for a reason.

Literally with EVERY SINGLE breakup I’ve ever encountered, there comes a moment later on where I’m like, “Why did we end things? We were soooo good together!” Um, lies. Even though I know we parted ways for a good reason, I sometimes forget that solid reason when I’m itching for the comfort of the familiar.

But it’s true. With any major transition, there’s always a point—usually when you’re in the thick of the agony of starting over or trying again—where you want your old life back. It is vital to remind yourself of the facts. When you start to drift into maybe it could’ve been different land, give yourself a big reality check. And whether you made the decision at hand, or it was completely out of your hands, focus on the truth.

Example: If a relationship ended, it wasn’t working. End of story. Move on.

4. When one door closes, another opens.

After my little sister arrived in Granada for a study-abroad program, she promptly regretted her decision. I remember getting emails and phone calls from her to the tune of “This was a huge mistake; also, I have no clue what my Spanish host family is ever saying to me.” But over the course of a few weeks, it got better. She learned to be more brave (as she had previously never left the country). She made new friends in her classes and got better at speaking the language. She now cites that trip as an experience that completely changed her life for the better.

Change usually requires you to try something new and completely out of your comfort zone. It is hard. But you never know where it’ll lead you and how it’ll help you evolve as an individual. Amid a big transition, cultivate an attitude adjustment of imagining the possibilities rather than stressing about the challenges.

5. An attitude of grace and flexibility builds resilience.

Let’s say you got fired from your dream job. After you eat ice cream 24/7 and mope around for weeks on end, at some point, you’ll likely be ready to take some action. You might get all fired up and apply for a bunch of new jobs, land a couple interviews, and then . . . not get hired.

To which many of us might react along the lines of “Cool, I put myself out there only to be rejected and life is TERRIBLE and I will never have a career again and the world is awful and I will die alone.” OK, no. Calm down. It just means you received a “no” when you wanted a “yes,” so try, try again.

Moving into a new phase of your life requires grace and flexibility; it will not happen perfectly or all at once. The point is that you’re trying to shift forward and put yourself out there. Keep reflecting and learning from each bit of effort, because there’s a lesson in every experience. Say to yourself daily: “You know what, I’m doing my best” and “That didn’t work, so I’ll figure out a different option.”

6. There’s always somebody else in a worse situation.

When the story of your life feels dramatic and out of control, it can be helpful to remember just how good you’ve got it. And I’m not necessarily talking about #firstworldproblems. I mean, no matter what you’re going through, chances are high that someone is in a worse position. Recognizing this fact can not only be humbling, but remind you to stop dwelling on what didn’t work in favor of all the positives you’ve got going on.

It can be as simple as listening to a co-worker who is having a bad day or holding the door for a stranger. Give a couple extra dollars to an organization doing important work for those in need or drop off food and clothing you’re not using to a homeless shelter. Take all the time and energy you’ve been diverting to your own struggle, and put that into giving back and helping others.

7. People love you — and want to help you get through it.

Sometimes, during big transitions, we push people away; we think we want to be completely alone and heal by ourselves. But that approach usually doesn’t help over the long run. Allow yourself to receive community and love from others. Reach out to trusted friends and family, and share how you’re feeling, even if it feels lame or like you’re imposing. Invite a new acquaintance for coffee or a walk, or join a support group specific to your needs. Being able to talk to others, and rely on their kindness, can be a powerful way to recover from big change.

Once I received a promotion at work, I promptly spent the next several weeks wondering if I was good enough for the job. Some days, I felt completely overwhelmed by the change of a new set of responsibilities and expectations. But I eventually started to feel like a competent badass, like I knew what I was doing, and it was going to be OK—and instead of glossing over that victory, I celebrated it.

When you get to the day where you’re not heaped into a ball on the floor crying your eyes out, but instead actually waking up, getting dressed, and tackling this new phase of your life with rose-colored glasses, be proud of your strength and endurance.

What major life transitions have you gone through, and how did you find peace throughout the experience?