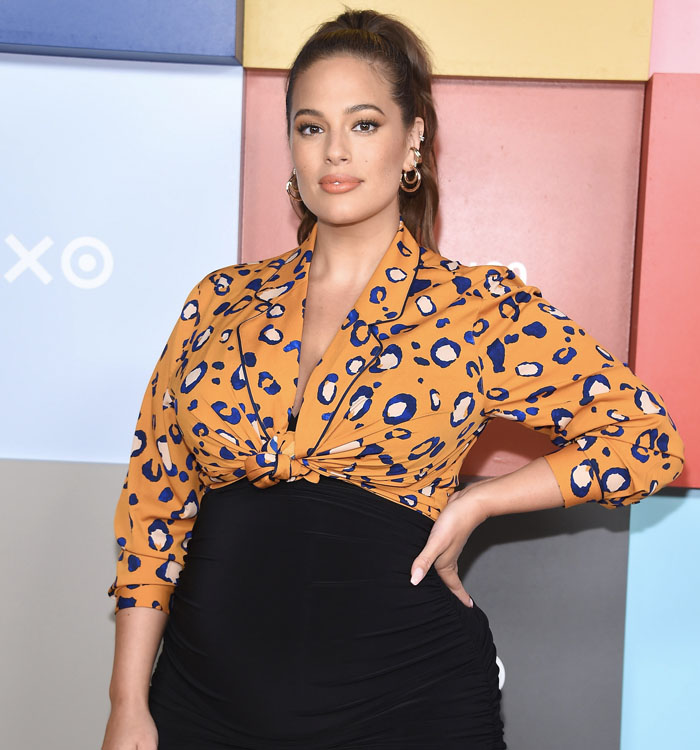 Let’s be honest: Who doesn’t have a crush on Ashley Graham? The supermodel and fashion icon slayed the cover of major fashion magazines like Sports Illustrated, redefined the fashion industry, wrote a best-selling book on body positivity, and has such a killer personality, her millions of Instagram followers think of her as their personal best friend. The best part about Ashley (yes, we are on a first name basis) is that she is known for so much more than her stunning lingerie line or for gracing the cover of the world’s biggest fashion magazines. She’s a body positivity activist who is redefining what self-care means.

Since Ashley is so open about how she takes care of herself to inspire her fans and followers to take care of themselves too, I had to investigate for myself to get all the secrets of her wellness routine. Besides her supermodel genes, Ashley has an undeniable glow, infectious confidence, and limitless energy (I mean, her workouts are tough). Basically, I would try just about anything to be a little more like Ashley Graham. I scoured interviews, YouTube videos, and her Instagram to find all the details of Ashley’s enviable (and relatable!) wellness routine to try for myself. Here’s what happened.

Ashley’s faith is a huge part of her life and she has credited it to helping her with everything from coping with fame to keeping her relationship strong. In an interview with Bustle, Ashley said she prays every morning and will have prayer nights where she’ll turn the lights off and pray out loud. “I pray out loud because my words have power, impact, and directness over my future,” she said. “It’s like making a vision board with your mouth.” OK, let’s unpack this because I don’t know much, but I know I absolutely need to try anything that’s “making a vision board for your mouth.” I’ve dabbled in meditation, but staying consistent with affirmations or manifestations has always been hard for me.

For a week, I made an effort to do my version of prayer every morning, which, in most cases, looks like writing or meditating on a few things I’m thankful for and also what I hope to feel throughout the day. Before bed, I tried to make my routine as similar to Ashley’s prayer nights as possible by turning off the lights and saying things out loud like, “I love my life” or “I am worthy of reaching my dreams.” I’m going to be honest: Saying these things out loud was way out of my comfort zone (and my boyfriend thought I had officially lost it), but it was insanely powerful. IDK if I’ll always be Ashley-level confident enough to speak out loud my desires and prayers, but after trying it for a week, I totally get why she’s so badass.

Stretch or do some kind of movement

It’s no secret that Ashley is a workout addict. In addition to sharing her workouts consistently with her Instagram community and in interviews, she has a workout series on YouTube so you can work out with Ashley from the comfort of your own home (a true dream!). I found details of her intense and demanding workout routine on Insider, but TBH, I don’t have enough motivation to go that hard every day and don’t have enough knowledge, equipment, or skills to try kickboxing. So instead, I stuck to her advice to just stretch or do some kind of movement every single day. I always try to move my body in some way every day (as any good wellness editor would do), but the most impactful takeaway from my week living as Ashley Graham was the “why” behind exercise.

When internet trolls left body shaming comments on a workout she shared on Instagram, Ashley responded, “Just for the record, I work out to stay healthy, feel good, get rid of jet lag, clear my head, show big girls we can move like the rest of ’em, stay flexible and strong, and give more energy. I don’t work out to loose [sic] weight or my curves—I love the skin I’m in.” Fitness often focuses on change, whether it’s losing fat by burning calories or toning up by strengthening muscles. I loved her perspective on exercise: It’s not really about change but rather a way to just maintain health and feel your best (no change necessary). Since then, I’ve stopped working out to be better, faster, stronger, or fitter. Instead, I’m working out to feel good in the moment.

Be choosy about who you spend your time with

You are who you hang out with, and Ashley Graham knows it. “Bad company corrupts good character” is one of her go-to one liners because she is extremely intentional about who she surrounds herself with and how she spends her time. I’m a huge believer that we are the sum of the five people we surround ourselves with, but I don’t always act on it (read: I often get together with people who are boring or like to gossip because I don’t want to say no).

But this experiment made me think that Ashley wouldn’t be as confident as she seems if she was spending time with people who made her feel lesser than or wasting time with people who didn’t make her feel heard or happy. I don’t think some of us are born with confidence and other’s aren’t—I believe that we become confident when we have boundaries, practices, and relationships that make us feel good. Every time we make decisions to protect ourselves and live our best lives, we’re inherently telling ourselves what we deserve. So PSA to myself and all of you: Earn confidence by setting boundaries with people who aren’t serving you, and be choosy about who gets your time.

Finally a celebrity with (achievable) flawless skin who doesn’t spend thousands of dollars and hours a week on their complexion. As the relatable queen we know and love, Ashley likes to keep in simple when it comes to skincare (a quick wash, vitamin C serum, moisturizer, and SPF, to be exact). I love her reasoning that the body is already healing itself, so it doesn’t need much help (amen, Ashley!). I’ll be honest: I am not as cool when it comes to skincare.

What I wish was a low-maintenance routine is actually quite high-maintenance (like I have five to 10 steps morning and night). I pared down to the four simple steps Ashley swears by, and to my chagrin, my skin looked the same as it did with the much more complicated routine. Note to self: Sometimes simple is better. This was also a good reminder that while we often think of skincare as a pinnacle part of self-care, in reality, if a practice isn’t actually de-stressing you or making you happy, that’s not caring for yourself. If a 10-step skincare routine is your favorite way to relax and pamper yourself, fit it in every single day. But if you’d way rather spend your time (and money) on other ways to take care of yourself? Keep skincare simple (à la Ashley) and focus on what actually feels like self-care.

Leave the phone out of the bedroom

And now for the hardest practice I had to do while living like Ashley Graham: Keeping the phone out of the bedroom. It was hard—and I also had to buy an old school alarm clock and TBH, I did not remember how to work it. “Ever since I interviewed Ariana Huffington for my podcast, Pretty Big Deal, I have not slept with my phone next to my bed,” she told SELF. Her baby monitor typically serves as her alarm clock (AKA she wakes up when baby Isaac wakes up), but since I have no baby or monitor (just a French Bulldog who sleeps hours longer than I do), an old school alarm clock from Amazon would have to do. I had way more time in the mornings when I didn’t check my texts and emails first thing (even five extra minutes makes a difference), but the biggest change was no social media before bed. I felt so much more calm, centered, and relaxed, and I swear I slept better. The old school alarm clock is here to stay.

Talk to yourself in the mirror

You know someone as confident as Ashley has a self-love affirmation as part of their routine. She swears by repeating her affirmations to her reflection every morning or whenever she looks in the mirror. Yes, it’s weird to talk to yourself in the mirror, but Ashley said you “just have to get over it,” so I got over it. Specifically, Ashley says, “I love you, I’m bold, I am brilliant, I am beautiful, I am worthy of all,” so I started saying this phrase to myself whenever I looked in the mirror. Yes, it felt forced and awkward and silly, but it also felt kind of good.

After all, most of us look in the mirror and say things like “I hate this outfit,” “I need to lose weight,” or “Look at this fat roll.” Our minds form habits, so every time we look at our reflection, we think something bad out of habit. What if we changed the habit? What if we said “I love you” and “You’re perfect” instead of “You’re ugly” and “I wish you were different”? Would we be a little more confident, happy, and more like Ashley? Confidence is a skill, and Ashley Graham practices it every day, which means we can (and should) too.

Even just thinking like Ashley Graham and trying a few of the practices from her wellness routine made me feel different. Maybe it was because I was pretending to live like a Sports Illustrated supermodel or maybe it was because I made self-confidence a practice instead of just something I wish I had more of, but I did feel a shift in my self-love. What I learned most about getting a little too obsessed with Ashley Graham for a week is that she puts her entire life on Instagram for 14 million followers and bares it all in skimpy bikinis on the cover of major magazines, but she still cares more about the way she feels than how she looks. “There’s no pressure to look good for people—I just want to feel good,” she told Forbes. We should all feel confident in our own skin and take care of ourselves as a gift instead of a punishment to our bodies. How you look is not an accomplishment, but loving your body unconditionally and helping other women love theirs too? Now that’s an accomplishment worthy of a magazine cover. 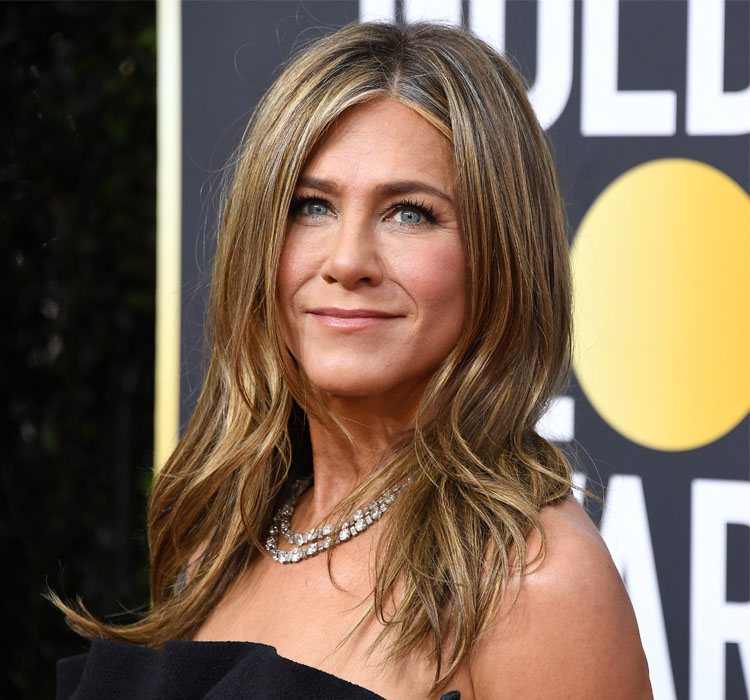