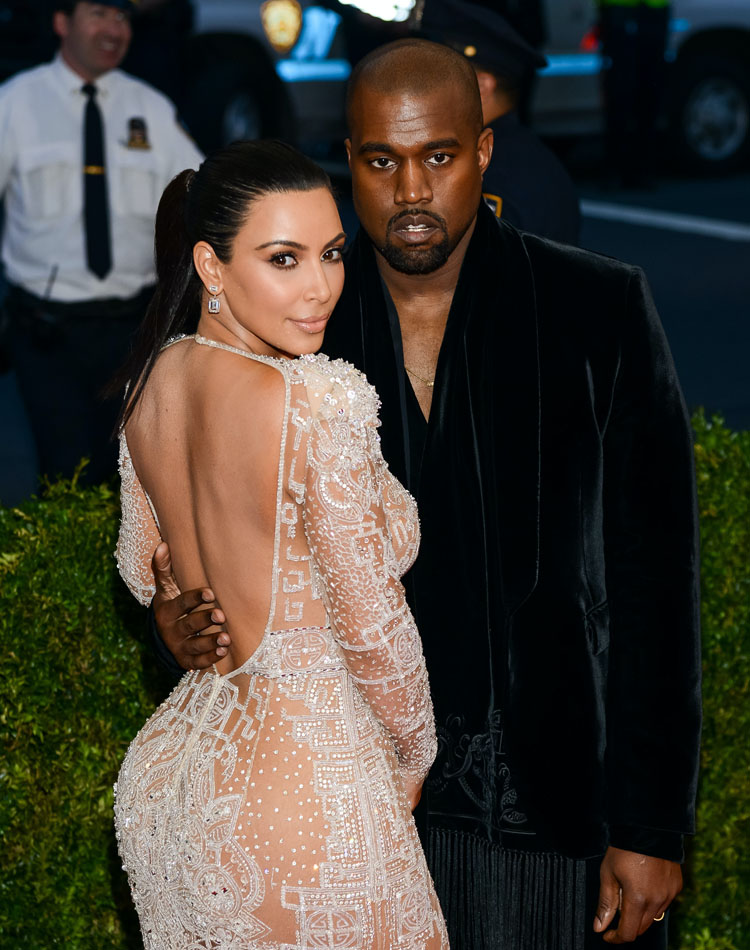 Something is happening with Kanye West, we can all agree on that. Like many, I watched and listened this week as outlets shared video clips and commentary about what that “something” might be. Mental illness? Internalized racism? Publicity stunt? Some combination of these?

On Wednesday, July 22, West’s wife, Kim Kardashian West, took to Instagram Stories to address her husband’s mental health. “As many of you know, Kanye has bi-polar disorder. Anyone who has this or has a loved one in their life who does, knows how incredibly complicated and painful it is to understand,” Kardashian West wrote, according to CNN. “I’ve never spoken publicly about how this has affected us at home because I am very protective of our children and Kanye’s right to privacy when it comes to his health. But today, I feel like I should comment on it because off the stigma and misconceptions about mental health.”

I’m a longtime Kanye fan; I often say playing Never Let Me Down on repeat got me through my last year of college. As a fan, I’ve been shocked and saddened by the course Kanye’s public persona has taken these last few years. Yet, as a mental health advocate, there’s something else I’m seeing that needs to be addressed—a consistent, insidious trend of people who are not mental health professionals publicly speculating on whether or not Kanye is suffering from a mental health crisis. And often (if they don’t believe he is) they’re making statements on their platforms as to why his behavior is not (in their eyes) a result of mental illness.

Look, I’m not actually writing this to debate whether or not Kanye is suffering a mental health crisis or, in any way, to condone what I think are dangerous messages he’s sharing.

What I am here to say is that we can collectively hold ourselves to a higher standard. Unless someone is a mental health professional or can speak about their own experience, it’s not responsible or humane to make judgements or perpetuate faulty narratives—even if unintentional. To ensure I’m holding myself to this same standard, I even asked my own longtime therapist to review this article before publishing.

The truth is, like millions of people, I have a close family member that suffers from severe mental illness. For the past 20 years, we’ve experienced far more gut-wrenching lows than fleeting highs in caring for our loved one. Personally, it’s illuminated so many fractures in how—in both government and as a society—we lack important knowledge in two ways: truly understanding the myriad ways psychosis can look on different people, and using that knowledge to honor the humanity in those suffering.

July is also BIPOC Mental Health month and, as a first-gen Black woman, I can tell you all of this is even more complicated for us as a family of color in America. So much so, that I recently became a member of the mental health board for the county I live in to be an agent of change in my community.

So, with that context, here’s what I wish more people knew about mental illness.

In 2020, it’s now a more broadly held concept that publicly commenting on someone’s weight is inappropriate, and can be harmful. The same holds true for mental health. Many of us might be unknowingly perpetuating myths on mental health and, by extension, causing additional harm to those affected. Navigating the ongoing journey for mental wellness is already taxing for those directly impacted and for their families, so hearing someone call their ex a “schizo” or “psycho” after an argument, or referring to their own “OCD” as a way to describe being detail-oriented doesn’t help. Neither does making unqualified, public commentary on potential mania or psychosis. It’s a lose/lose. At best, you’re diagnosing without the medical knowledge to do so and fueling ignorance. At worst, you’re causing harm by triggering past or current trauma.

This is why it’s best to refrain from making statements about how mental illness can or should look in someone, unless you are speaking from first person experience or are a current mental health professional.

2. Being an informed citizen is important

It’s surprising how many people move through the world as if this doesn’t affect them just because they may not have an immediate family member living with mental illness. First, I can almost promise you there is someone you love that is impacted in some way, however “mild.” There’s another layer beyond personal responsibility, which is civic duty.

Mental wellness—and the lack thereof for so many—impacts every aspect of a society’s overall health. Part of what it means to be an informed citizen and voter is understanding the ripple effect of mental health on everything from our jail system to homelessness to substance abuse to gun violence.

3. Most often, the family isn’t to blame

One of the biggest misconceptions around mental health is that the family is accountable for someone’s well-being and safety when, in reality, that is not at all how our system is designed. There have been so many times when friends have asked questions like, “Why can’t the authorities help you?” or “Why don’t you just have them in a long-term facility?” Or worse, that if someone is clearly experiencing homelessness and a mental health crisis, it’s assumed they either have no family or have been abandoned by them. Due to HIPAA guidelines and in an effort to protect the individual rights of those suffering, families’ rights are often non-existent. Let’s give family members a break. Chances are they’re doing their best given the constraints of the law and the ways this is impacting their own mental well-being. Instead of putting the onus on the family to answer what might be complicated and triggering questions, try simply saying, “I can’t imagine how tough this is, and I’m here if you need me.”

According to an article from the Treatment Advocacy Center, people with an untreated mental illness are 16 times more likely to be killed while interacting with police. While the Black Lives Matter movement has gained momentum in recent months, it’s important to have dialogue on why it’s problematic (and sometimes dangerous) to have law enforcement serve as first responders for mental health crises which, by the way, they don’t have the expertise or bandwidth to do. For example, here’s a scenario that might play out one of two ways in California: a 30-something man has suffered from Schizophrenia for 10 years, and is caught loitering at a store and yelling at other customers. A clerk calls the police.

Can you see how challenging this is? Let me add another layer to it.

Given what we’re seeing daily on police brutality, how do you think this statistic plays out for Black and Latinx people suffering from mental health crises? Miles Hall is one tragic example.

5. Substance abuse, homelessness, and mental illness are all closely connected

Let’s be conscious of these connected issues, quell judgements surrounding them, and deepen the empathy in our responses.

6. Know the ways to get help for yourself or loved ones

Finally, if you’re someone who struggles with severe mental illness or loves someone who does, there are ways to get support. One of the most challenging circumstances for some more severe diagnoses like schizophrenia or bipolar disorder is that people can sometimes have little to no insight into their own illness. This makes caring for and protecting these loved ones especially challenging. The single most important tool I’ve learned around this is the LEAP method, created by Dr. Xavier Amador and outlined in his book, I’m Not Sick, I Don’t Need Help. LEAP stands for listen, empathize, agree, partner.

You can check out this YouTube video on it, but the primary reason it’s so important is that caretakers often try to talk our loved ones out of whatever they are thinking or feeling, and then we wonder why we aren’t getting anywhere. Imagine if someone were trying to talk you out of your current reality. How would that work for you? LEAP provides a framework for approaching conversations—and honestly, it’s also super helpful in relationships where mental health isn’t even an issue. This can also be a game-changer for mental health professionals or others who regularly come in contact with people who need mental health support services.

You can also check out NAMI, or the National Alliance on Mental Illness, for more information and access to services. NAMI has chapters across the country, creates space for families living with this to connect with one another, and have incredibly robust support services.

In the meantime, let’s stay open to hearing the experiences of others, and hold silent or supportive space for those who need it most. And if you do one thing this weekend, head over to Amazon Prime Video and watch (or rewatch) The Soloist with the lens outlined here. It’s a beautiful and accurate depiction of how mental illness, homelessness, and family dynamics are interconnected for so many.