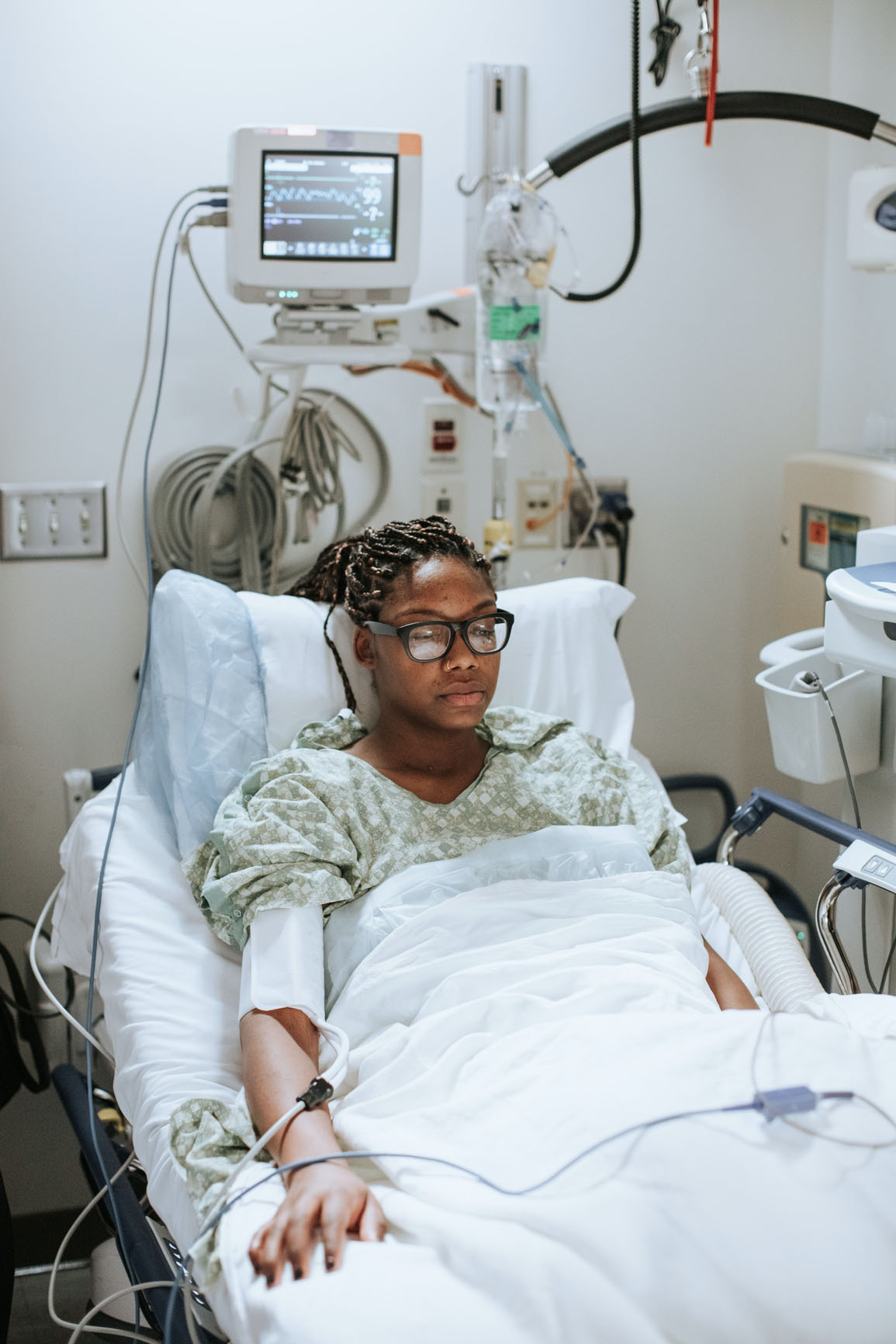 “Surgery?!” That was my first thought after hearing the doctor’s announcement. “Ri-DAMN-diculous,” was my second thought. Although I had no concrete proof, I was sure that I had been subjected to disparate medical treatment because I’m Black. My doctor minimized my concerns and refused to thoroughly investigate my symptoms. This doesn’t just happen to “regular” Black females. Perhaps you remember Serena Williams’ very scary, post-childbirth experience in which her concerns were dismissed. Or maybe you’re familiar with the more recent story of the Black, female doctor who ultimately died from COVID-19 after pleading for medication and routine checks.

A 2019 article from Consumer Reporters (via the Washington Post) discussed how gender and racial bias can impact the way doctors diagnose and treat pain. Physicians are more likely to attribute female pain to other issues, such as stress, while ordering tests to investigate male patients with similar symptoms. According to the Centers for Disease Control and Prevention (CDC), in the U.S., Black, Native American, and Alaska Native women are 2-3 times as likely to die as a result of pregnancy-related issues than White women (the numbers get worse as women get older). And a 2019 review published in the American Journal of Emergency Medicine found that Black patients were less likely than their white counterparts to receive medication to ease acute pain, and, according to TODAY, 34 percent less likely to be prescribed opioids.

Data confirms that racial disparities in health care exist, and, unfortunately, I can say that I experienced it firsthand. It started in March of 2017 when I felt a dull, nagging pain in my stomach. I took some ibuprofen and paced the living room, hoping that would help. It didn’t. After about an hour, my sister convinced me that we should go to the ER. I was diagnosed with indigestion.

I saw my primary care physician (PCP) the next week. My PCP ordered a test and prescribed two medications for indigestion. The next month, I had another episode, only this one was much worse. I took the medicine for “flare-ups,” and it felt like I had just poured gasoline into a fire, inside my stomach. This time, the ER ran a CT scan, but it came back clear. I didn’t know how to feel. I was relieved, because I thought a clear scan meant the problem wasn’t serious, but I still didn’t have any answers.

I didn’t know how to feel. I was relieved, because I thought a clear scan meant the problem wasn’t serious, but I still didn’t have any answers.

My previous PCP had left the clinic, but I met with a new one. She referred me for an endoscopy to see into my esophagus and told me to keep taking the medicine. I explained that one of the pills had only made things worse, and I wouldn’t be taking any more. Her immediate response was, “I can’t give you narcotics.” Confused, I explained that I wasn’t asking for pain pills, I was asking for a different antacid. She said she couldn’t give me anything else, and that we would have to wait for the test results. The wait time for the scope was four months. You read that right—four months.

My pain became more frequent and more severe, and each time I called the PCP’s office, she told me to keep taking the meds and wait for the scope. At the time, I was traveling for work, and only spent weekends at home. My family was concerned about what would happen if I had an episode away from home. Honestly, I did, and I suffered through them alone in my hotel room. I was too afraid to go to the ER by myself, especially in an unfamiliar city. Finally, an old mentor suggested I talk to her friend who was a gastroenterologist. As unexpected as it sounds, I flew 600 miles away from home for an appointment with him, something I realize not everyone would be able to do.

The out-of-state doctor didn’t find anything wrong and suggested that I get an abdominal ultrasound. So, I called my PCP’s office to get a referral for the ultrasound, but she was on vacation and the other doctors in her office were all booked. This time I wasn’t taking no for an answer. I reached out to everyone I could think of looking for a new physician.

A friend recommended her doctor. He got me an ultrasound the day after my appointment with him. Two hours after the test, he called with the results: “Your gallbladder is severely inflamed and has to come out.” In less than 24 hours, this new doctor had diagnosed my problem and come up with a treatment plan. Why hadn’t my previous doctor suggested an ultrasound? Why had she insisted on a “wait and see” approach while I was in unbearable pain?

In less than 24 hours, this new doctor had diagnosed my problem and come up with a treatment plan. Why hadn’t my previous doctor suggested an ultrasound? Why had she insisted on a ‘wait and see’ approach while I was in unbearable pain?

I don’t have any proof, but I believe it was because she didn’t believe that a Black woman could actually be in real pain. She was too busy assuming I was seeking opioids that she couldn’t provide proper care. She could have easily explored other options during those months. While my former PCP was finishing her vacation, I was undergoing surgery.

While I’m grateful that my gallbladder didn’t become infected or rupture (which can be life-threatening), the waiting period was exhausting. I was on edge 24/7 not knowing when the pain would strike. I altered my eating habits to eliminate the foods I thought might have triggered the episodes. I refused lunch and dinner invitations from friends and skipped team dinners with my co-workers. After having an episode while driving, I wouldn’t eat before running errands, and never went anywhere by myself.

Since I couldn’t predict when I’d find myself in the ER again, I only slept in color-coordinated pajamas in case I ended up at the hospital in the middle of the night. I suspected I was already being stereotyped by one doctor; I thought “looking presentable” might lessen the risk of being judged by another one. I learned to observe how the ER staff interacted with me and my family. At the same time, I dreaded the bills that kept accumulating (they weren’t cheap). I’m thankful that I was able to seek alternative care, but why should I have had to do that in the first place? As I said, ri-DAMN-diculous!

Since I couldn’t predict when I’d find myself in the ER again, I only slept in color-coordinated pajamas in case I ended up at the hospital in the middle of the night. I suspected I was already being stereotyped by one doctor; I thought ‘looking presentable’ might lessen the risk of being judged by another one.

If you’re in a similar situation, know that you deserve a doctor that listens to you. Fight until you find that doctor. Speak up if you don’t think you’re being taken seriously. Ask your physician to consult a colleague or get your own second opinion. Ask people you know for recommendations. Read online reviews. If you switch doctors, tell the new one about your previous experience, and let them know exactly what you are looking for. If they seem upset or offended, grab your purse, and run. Your health is too important for your concerns to be dismissed. You deserve a doctor that believes you.