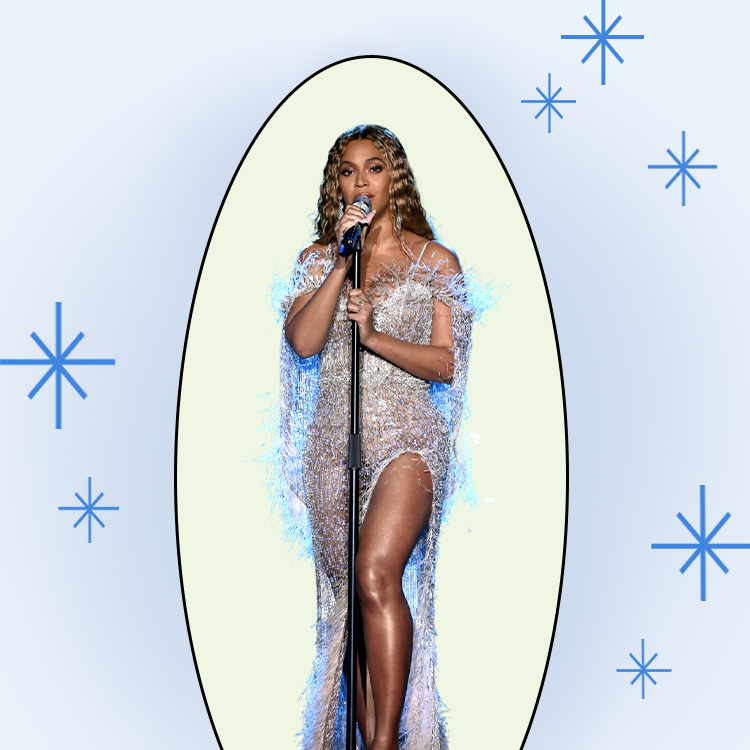 Erykah Badu and Common’s song “Love of My Life (An Ode to Hip Hop)” is a beautiful analogy of hip-hop music being their first love. I know exactly how they feel because music was one of my first loves, too. Both sides of my family are very musically inclined, so it’s almost like music is ingrained in who I am. Music—particularly Black music—has been the soundtrack to my life for as long as I can remember. In my household growing up, each activity or mood had a playlist to match—old school hits from the ’70s when it was time to clean on Saturday mornings, soulful ballads on Sunday evenings when we were getting ready for the week ahead, and the hottest, latest records each morning as I got ready for school. Music has always been part of me.

As I got older, I realized that Black music is more than lyrics and melodies; it’s actual life-changing, mood altering therapy that I go back to over and over again. That’s not just the case for me, though. Black music shapes the lives of so many people the world over, and it’s been that way for centuries. The roots and impact of Black music go much deeper than catchy songs and popular artists. For the Black community, Black music has always been a messenger, an outlet, and a space of freedom. Let’s explore the evolution of Black music, starting more than 200 years back, and how Black music is at the hearts of all American music, history, and culture.

It all started with spirituals

When enslaved Africans reached the U.S. colonies in the 19th century, music was one of few traditional African customs that made it across the Atlantic. Being forced to labor in a foreign country and experience inhumane conditions, enslaved people used music as a source of comfort and motivation while working on the fields. Using what came to be known as “slave songs” or “slave spirituals,” enslaved people would sing and chant to each other all day to keep each other uplifted and remind each other that they weren’t alone.

As Christianity replaced traditional African spiritualism, many of the slave songs became faith-based, referencing stories and characters from the Bible. Enslaved people saw many similarities with the story of Jesus Christ and others in the Bible who faced horrible atrocities, and songs like “Swing Low, Sweet Chariot” and “Nobody Knows de Trouble I’ve Seen” boosted their faith and helped them persevere.

The abolition movement gained traction in the mid-1800s, and some slave songs were used as codes to help enslaved people in the South make it to northern states where slavery was illegal. Harriet Tubman was a formerly enslaved woman who risked her life to start the Underground Railroad, a network of routes, homes, and hiding places between states that helped enslaved people reach the north. Tubman often used songs like “I Got My Ticket” and “Go Down, Moses” as messages to guide enslaved people during their escape.

By the turn of the century, slavery was illegal in every American state, and Black music shifted from pain to pleasure. Instead of singing spirituals, Black communities began singing the blues, and the musical genre took the rural South by storm. Many early blues musicians were the children of formerly enslaved people, so the influence of slave songs and field chants were a major component of blues music. Blues from Memphis, the Mississippi Delta, the Carolinas, Georgia, and Texas each had their distinct sounds, but the feeling you got deep down in your bones when listening to the blues was a universal experience.

Male artists like Muddy Waters and Howlin’ Wolf were some of the quintessential blues singers, but Black women were some of the first musicians to record blues music. Mamie Smith, known as the “Queen of the Blues” was the first Black person—man or woman—to record a blues song. Her song “Crazy Blues” set the standard of blues music being about deep love, tough moments in relationships, and sometimes heartbreak. The Netflix film Ma Rainey’s Black Bottom highlights another early blues trailblazer, Ma Rainey, who was known as the “Mother of the Blues” from incorporating blues music into her live comedy and stage acts. Others like Bessie Smith, Ethel Waters, and Ida Goodson started singing the blues early in their lives and enjoyed fruitful musical careers for decades. Blues music’s first offshoot, jazz, became prominent during the early 1900s, just in time for the 1920s cultural revolution that was the Harlem Renaissance.

Black music through the decades

No matter what’s going on in the world, you can bet on Black music reflecting the sentiment of the times. The 1950s and ’60s were particularly tumultuous in America, and “freedom songs” expressed many thoughts and feelings that Black people had as they navigated racism and discrimination. Artists like Aretha Franklin, Nina Simone, Gil Scott-Heron, and Sam Cooke used their musical platforms to soothe the blows of bigotry while letting the world know that “A Change is Gonna Come.” Music was as integral to the Civil Rights Movement as marches, sit-ins, and freedom rides, and many of the recordings from that time are still relevant today.

The 1970s ushered in a wave of party and disco music, a welcome, of sorts, to a new decade with subdued racial tensions and eclectic experiences. Born out of Black and Latin music from cities on the East Coast, disco’s pulsating beats and electric guitars were the signature sound of many women and LGBTQ scenes. Perhaps two of the most recognizable disco songs, “Disco Inferno” and “I Will Survive,” were immediate hits and have had longevity for nearly 50 years. Disco was perfect for dancing the night away, and it was a safe space for drag and camp culture.

Then in the ’80s, one of the most groundbreaking musical genres emerged: rap. Actually, rap music started in the 1970s in the Bronx, New York, where it completely took over and gained huge traction by the 1980s. Rap was extremely controversial because it was like nothing anyone had ever heard before, and it was thought that the content wasn’t as substantive as past genres. Early rap placed less emphasis on instrumentation and vocals, and more focus on beats and flow. Most people hoped rap was a fad that would eventually go away, but after almost 50 years, rap music is still here and has been the most popular music genre in the U.S. since 2017. How’s that for proving haters wrong!

Rap music was the foundation of 1990s new jack swing music, which was up-tempo like rap, but also included more vocals. Legendary artists like Teddy Riley, Bobby Brown, New Edition, Guy, and Jodeci brought all the new jack swing vibes from the leather ensembles and high-top fades to the swing beats dances and synth keyboards. The ’90s also bred neo-soul and early instances of pop music. This was the time of the modern boy and girl groups, and there was absolutely no shortage of them. Destiny’s Child, TLC, En Vogue, Dru Hill, KCi & JoJo, Blaque, H-Town, 702, Xscape, and SWV truly only scrape the top when it comes to the list of talented, dynamic Black groups that dominated the music industry.

Since the 2000s, Black music itself hasn’t changed as much as it did between the 1960s and 1990s, but the music industry has totally transformed. Instead of actual record sales, most artists make their income from strong marketing campaigns and streaming. Black musicians have been at the forefront of changes in the industry, with Beyoncé pioneering Friday album releases and surprise drops, JAY-Z becoming the first Black artist to create an independent streaming service and become the first rap billionaire, Michael Jackson being the most awarded artist of all time, the month of June being officially recognized as Black Music Month, and the release of countless biopics giving behind-the-scenes details of our favorite iconic artists.

I know that I’ve referred to “Black music” a lot, and it’s intentional—not as a divide but as a unifier. Black music is the undercurrent of every single musical genre—no exaggeration. White producers and artists created country music and rock and roll using the same sounds and instrumentation as blues. From there, other genres like folk, heavy metal, electronic, and indie derived from those original Black sounds, and musical genres as we know them were born. It’s impossible to talk about music without recognizing the foundations of Black artists, musicians, and producers who paved the way for the music we all love today.

Beyond their contributions to the musical art form, we must also recognize the impact that Black music has had during our world’s most pivotal moments. Black music is a refuge, a salve, a catalyst, and a storyteller all in one. There isn’t an emotion or experience that Black music hasn’t touched, and that’s why it’s one of the loves of my life. Like one of your best friends, Black music is a shoulder to cry on, a much needed laugh, and sometimes, even a reality check. It’s all in the sound—take a listen. 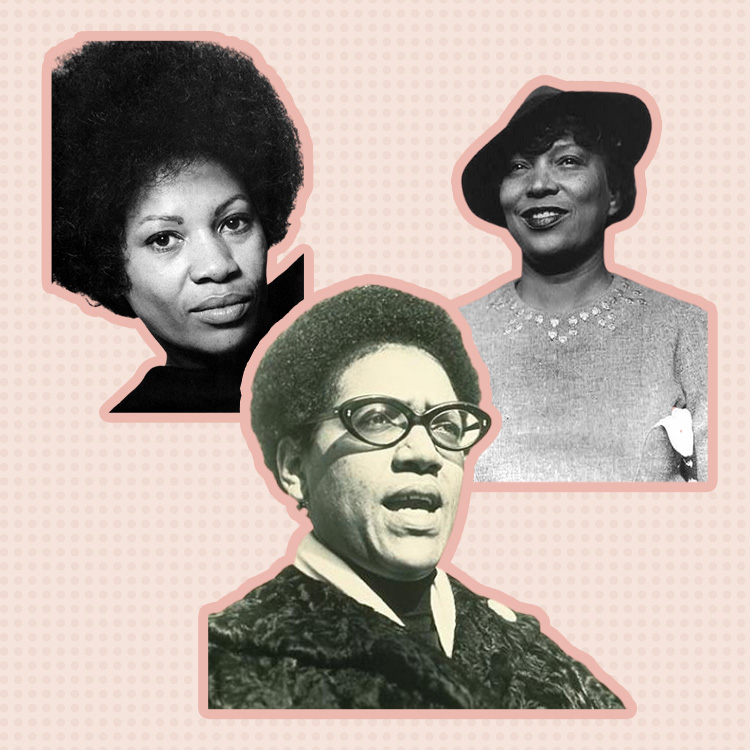