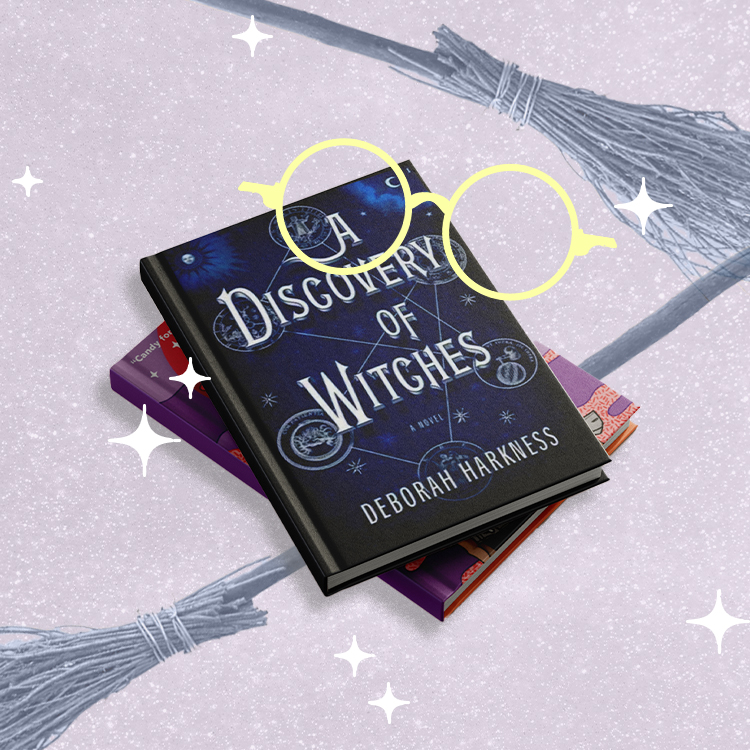 There are a few series that have survived my book purges over the years. Since childhood, many novels have left the safety of my bookshelves to be shown new love at thrift stores—but one special series has always maintained its position on my shelf. Of course, I can’t get rid of Harry Potter. From the first time I learned of the Dursleys and one magical 11-year-old as I read the enchanting prose back in fourth grade to rewatching the based-on-the-book movies as a 20-something, my love for this fictional fantasy and the boy who lived has never faded. But, that makes finding another great fantasy series quite the impossible feat.

Sure, there might not be any series that will ever hold a candle to the legacy the Harry Potter world will leave behind, but there is an abundance of under-hyped fantasy books like Harry Potter looking for their time to shine. Former Potterheads, listen up. The next time you’re craving Harry Potter, check out one of these 10 series to transport you from your chair to otherworldly adventures. 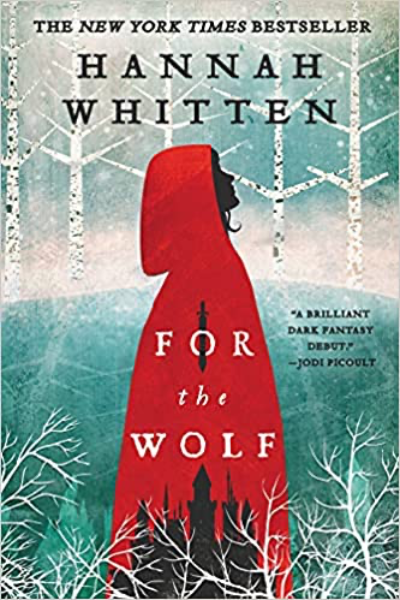 For fans of fairytale retellings, this one is a fresh, more spicy take on the Beauty and the Beast story we all grew up with (don’t let the cover fool you). In this story, the first daughter is for the throne and the second daughter is for the wolf. Unfortunately, Red is the second born and faces a reality that her life exists only to be sacrificed to the Wolf in the Wood. In hopes that the Wolf will return the world’s captured gods, Red surrenders herself and her magical powers to the Wilderwood. But soon, she realizes she was raised on lies, the Wolf is actually a man, and her powers should be celebrated instead of shunned. Tasked with containing the fury of the gods, Red must find a way to save herself and the Wolf in the cursed woods. 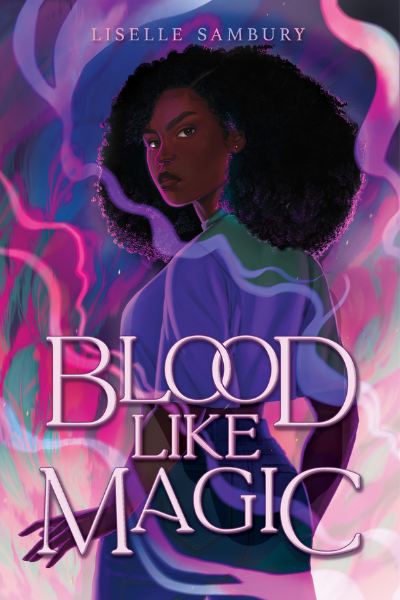 OK, this one might technically be a young adult novel, but if an untraditional witch story is something you’ve wanted to add to your TBR, it needs to be this one. Voya has been waiting years to preserve her family’s legacy of magic and receive her Calling, a process that allows a new witch to gain her powers. The only problem is that her Calling requires something a bit bloody—killing her first love. Unfortunately, Voya has never been in love, but she needs to find someone to fall for, and fast. After signing up for a speedy matchmaking program, Voya is paired with the insufferable Luc, an average guy. Frustrated at her misfortune—how could she possibly ever love Luc—Voya reluctantly tries to see if she can make sparks fly between the two, all without her magic. With trans representation and a hard-as-nails protagonist, this one does a great job of showing what the fantasy genre can be. 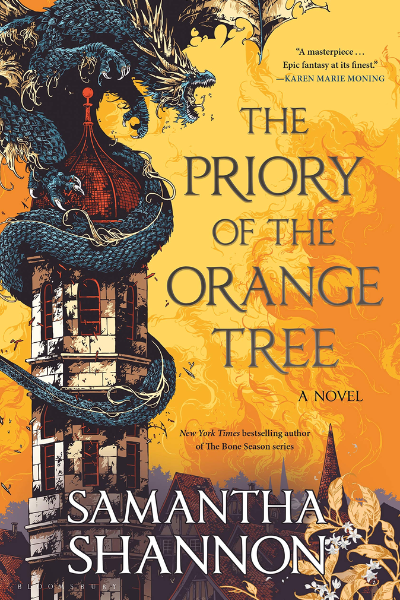 The Priory of the Orange Tree

If there’s one thing Harry Potter was missing, it was direct, queer representation in the magical world. When the East and West of an heirless queendom are at odds, the pressure is on for Queen Sabran, a ruler threatened by assassins and pressured to produce an heir, a daughter, to carry on her lineage. As rival powers loom over the queendom, Ead Duryan, a member of the underground Priory of the Orange Tree, is determined to protect the queen at all costs. Ead uses her magic to ensure the queen remains safe but is also awaiting the return of the Nameless One, an evil dragon that was banished hundreds of years ago. However, Ead soon realizes her feelings for the queen are much stronger than a friendship, and even if it will cost her her job, she will stand by Queen Sabran. There’s a tension-filled love story and a magical realm filled with intricate tales and plot lines, so what’s not to love? 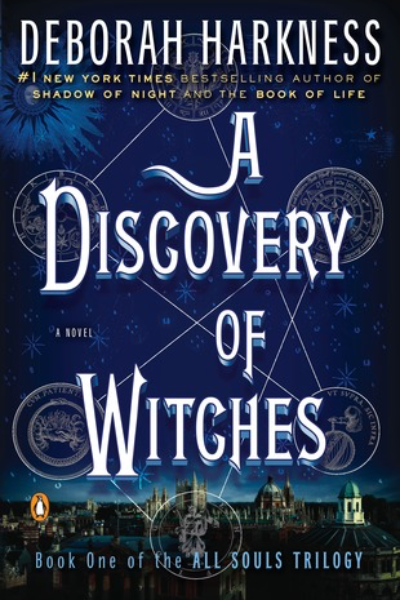 A Discovery of Witches

I’m all for witches and warlocks, but sometimes, the Twilight resurgence really makes me wonder if there are any good vampire stories out there. Thankfully, this series scratches the itch as we follow along with a vamp, a witch, and a mysterious manuscript that brings them together. Diana Bishop, a historian and witch, unwittingly sets a horrifying stream of dangerous magic loose and gets caught up in a life she tried so hard to stay away from. A descendent of a long line of witches, Diana doesn’t want anything to do with the spells and voodoo her ancestors praised, but she’s the only one who can break the spell she cast. As she works to save the forces of evil from descending upon the library in which she works, she finds herself forming an intimate yet forbidden attraction with vampire geneticist Matthew Clairmont. With elements of romance and history, this series is for anyone who ever wanted to venture into a library’s archives. 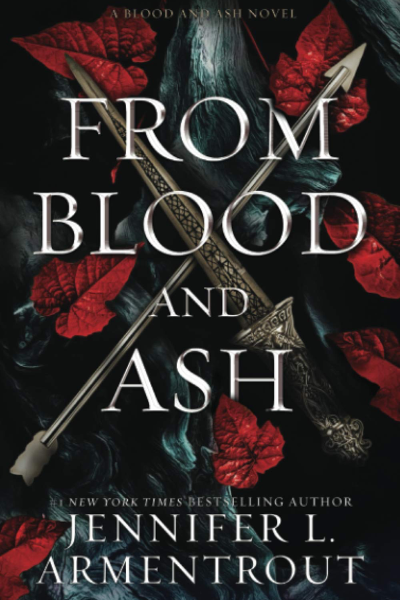 From Blood and Ash

With a mix of romance and a quick-paced plot line, this series is perfect for anyone who loves a tale of a kingdom with a bit of spice. Poppy, a Maiden who has been chosen to lead a new era at birth, lives solitarily and by the rules. With a duty to appease the gods and all those in her world, she’s determined to uphold her life’s work and ensure she doesn’t influence doom on her kingdom. When Hawke, a guard honor with the mission of helping her safely prepare for her Ascension arrives, she soon realizes that her own desires are strong. Caught between the opportunity for her own exploration and the expectation to carry the entire kingdom, a duty she’s not sure she’d ready for, Poppy has to learn what she can do as the kingdom holds on by a thread. 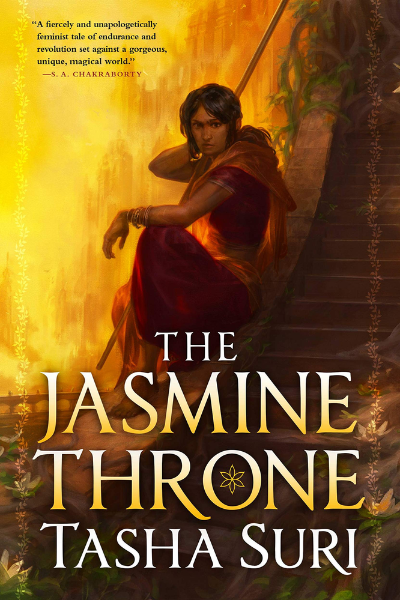 Author Tasha Suri is no stranger to the world of fantasy, known for writing trilogies based on the history and epics of India. When the empire is threatened, Malini knows she needs to stop her dictator brother’s rule over the kingdom she cares about. However, she’s trapped in a temple known as the Hirana, a structure that once housed magical powers and everlasting waters. Priya, a maidservant tasked with journeying to the Hirana, soon discovers the temple’s new prisoner and forms an alliance with the captive princess. But as the two grow closer together, their real motives become crystal clear, muddying the ethics of their co-dependent relationship. While Malini is vengeful, Priya just wants to find her family. No matter which direction the two decide to take, they know they’re straying from the tradition of the kingdom with every step. 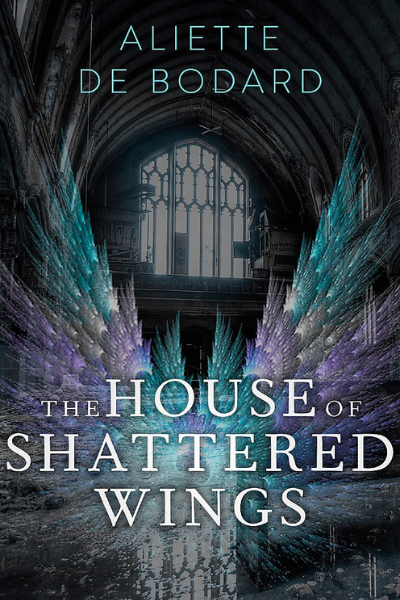 The House of Shattered Wings

If you like a little bit of a mystery mixed into your fantastical tales, this story of dark forces and murder mystery is for you. When Paris’ House Silverspires falls, among the rest of Europe’s houses, malicious magic threatens gifted beings and powerful mortals. While the hunt is on for the recently fallen civilization’s founder, Morningstar, three unlikely heroes arise. One is a Fallen, another is an alchemist suffering from an addiction, and the last is a cynical man with a knowledge of Far East spells. Author Aliette de Bodard does an impeccable job of immersing the reader in a haunting world and tells a story of redemption and loss through three different points of view. 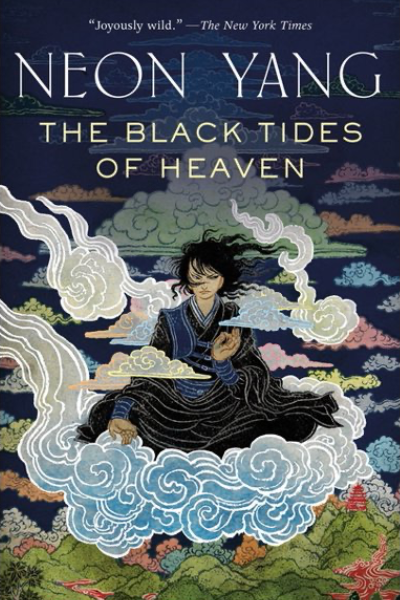 The Black Tides of Heaven

Though it’s technically a prequel, those looking to jump into the short novellas that make up the Tensorate series should start with this book and move to its twin, The Red Threads of Fortune. Born with magical powers, twins Mokoya and Akeha are sold to the Grand Monastery in childhood. As the children of the Protector, Mokoya can prophesize the future while Akeha can unravel the motives behind people’s actions, including those that moved their mother’s Protectorate, leading to her death. As a rebellion gains traction, Akeha decides that in order to protect his own values, he must join forces with the Machinists. As a rebel-led group with the purpose of discovering new, accessible technology for all citizens, the Machinists are dangerous yet alluring. As he hides his affiliation from Mokoya, the trust and duty of the pair become more endangered every day. Described for lovers of Avatar: The Last Airbender, this series combines strong character development with themes of complex spirituality. 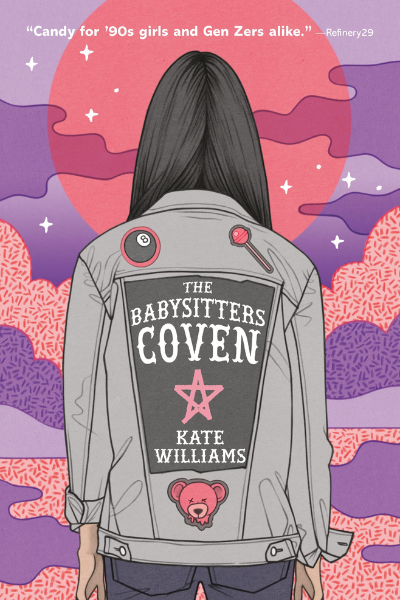 For Buffy and Babysitters Club fans, this feel-good series is a perfect choice for when you want to be transported back to childhood. Esme doesn’t have much going on in her life, besides navigating the gross ups and downs of high school and running her babysitters club. But when Cassandra, a newly recognized cafeteria bully begins showing interest in joining Esme’s club, something doesn’t seem to add up. Soon, Esme finds a note from Cassandra’s mother, with instructions for her daughter to “find the babysitters.” Confused and cautious, Esme tries to discover Cassandra’s motives and realizes that the two are not all that different. Featuring a witty cast finally realizing their witchy talents, this series is jam-packed with heroic feats and magical powers. 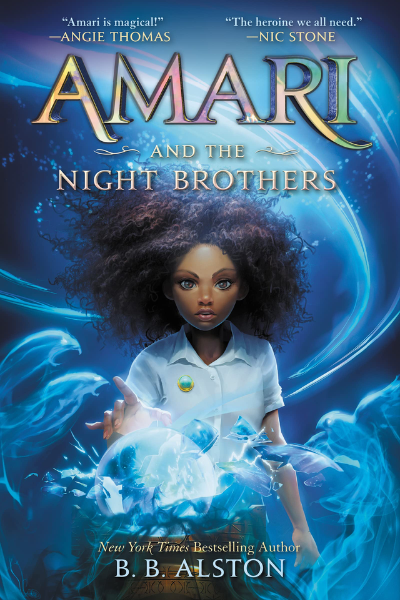 Amari and the Night Brothers

I can always get behind a good sibling connection in a story, and in this series, it’s all about a strong familial bond. When Amari’s brother disappears without a trace, she’s sure that he didn’t just leave on his own. Though the cops think he was involved in drugs and his story isn’t getting any media attention, Amari decides to investigate what happened before his absence. When she discovers a ticking briefcase in his room that was left for her, she’s immersed in the world of the Bureau of Supernatural Affairs. Thrown into a summer tryout, Amari must compete with the yetis, mermaids, dwarves, and other beings that shouldn’t exist if she wants to find what happened to the person who means the most to her. And it all depends on if she can harness powers of her own and make it through the three tryouts. 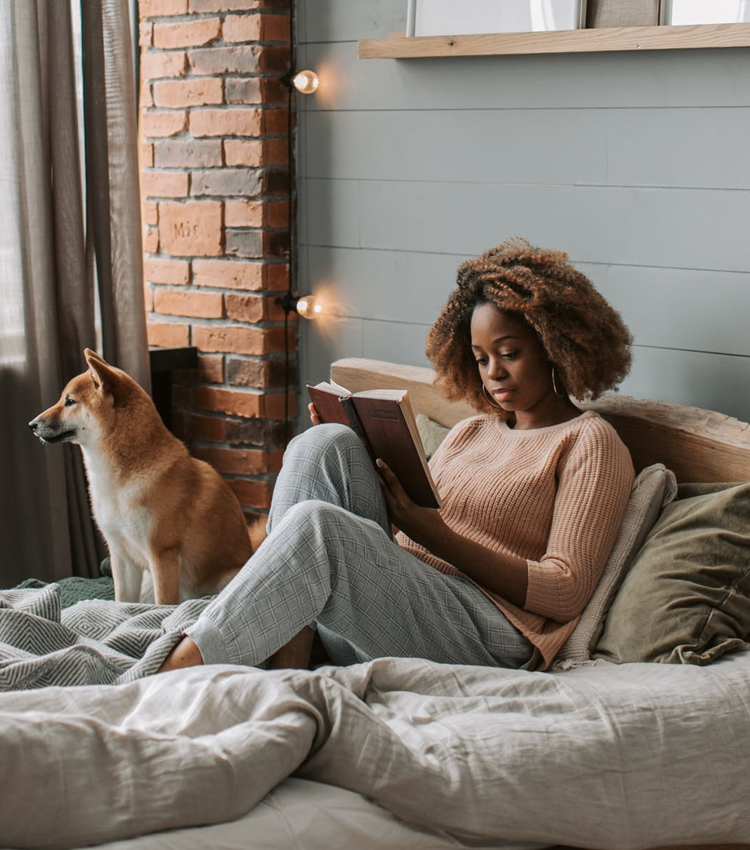