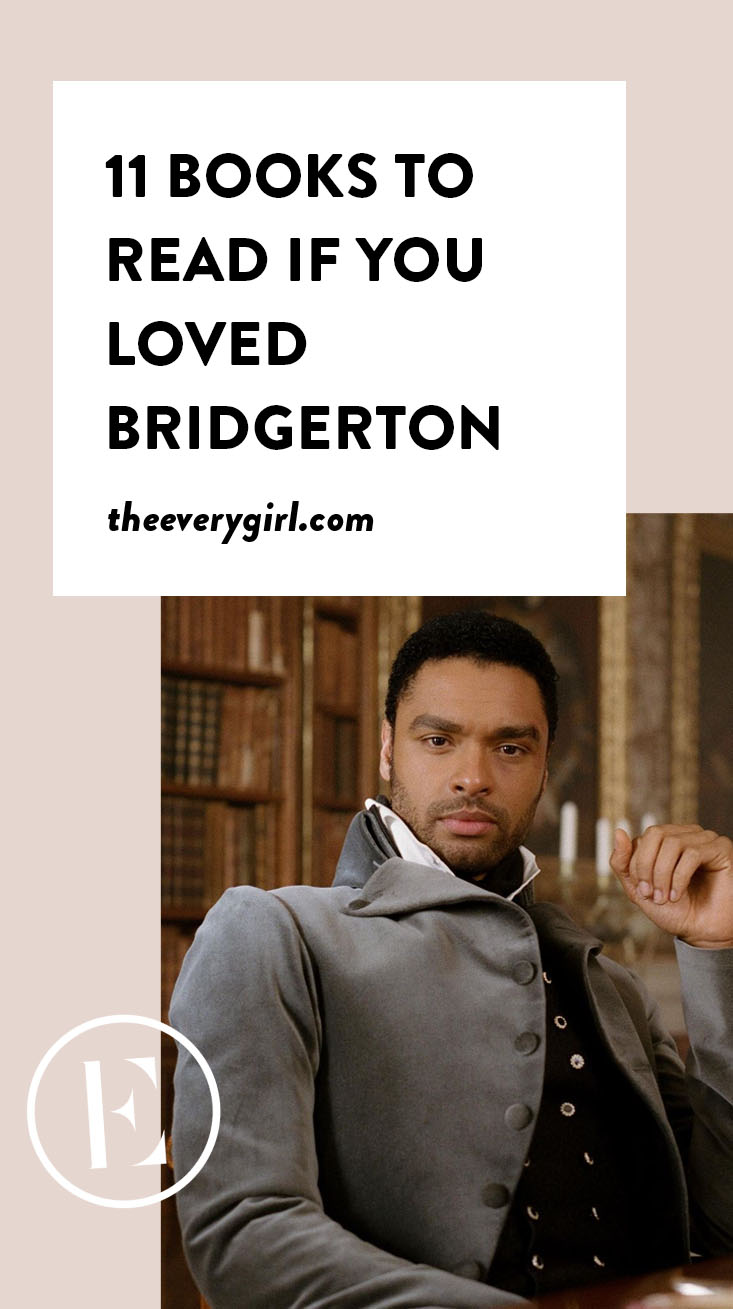 I remember the first time I watched the 2005 Pride & Prejudice (sorry purists, it’s my fave version), absolutely aflutter at the sexual tension so thick you could cut it with the blade of Matthew Macfadyen’s cheekbone. An hour and a half of absolutely delicious anticipation, culminating in… a deeply chaste kiss that was an alternate ending only included in the U.S. version. In the U.K. version they literally just smile at each other and *credits*. Which is romantic, sure, but let’s be honest, I’m going to need a touch more over here.

Which brings me to the biggest blessing of 2020: Bridgerton. The frothy, resplendently cheesy answer to “what if I like posh regency manners and sex?” It’s the first of its kind on TV: a literal bodice ripping drama unafraid to drive tensions to the absolute breaking point (hello, the spoon scene) and then actually deliver on those tensions with, ahem, explosive results.

If like me, you devoured it in one sitting like the perfect macaron that it is, may I direct your attention to one of the great loves of my life: historical romance novels. Bridgerton was actually based on a series of novels by Julia Quinn, featuring each of the Bridgerton siblings starting with Daphne. If you’re looking fill the void that is no more Regé-Jean Page on your screen, read on for the best historical romance to dive into right now.

Important: You cannot be a lover of historical romance if you’re going to judge a book by it’s cover because there are some truly lurid ones. So let’s just collectively move past that and focus on the delicious plots, OK? Fabulous. 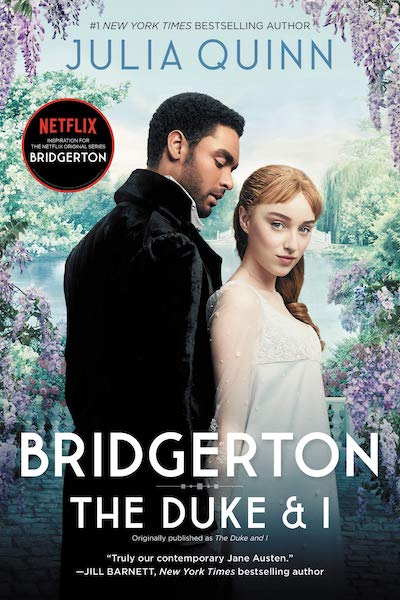 Bridgerton: The Duke and I

Obviously, we must start here, with the Bridgerton source material. I read this book originally when I was like 12 after borrowing it from the local library and it blew my tiny lil mind. The entire series is amazing, each following one of the eight Bridgerton siblings as they wind their way to happily ever after. Quinn is especially talented at showcasing the sibling dynamics of the ginormous brood; there is so much delightful bickering and many a contentious game of pall-mall, the 19th century equivalent to croquet. Light and sparkling as a crisp glass of champagne, the books will give you the same delights as the series: posh manners, a plethora of sex, and of course, Lady Whistledown. 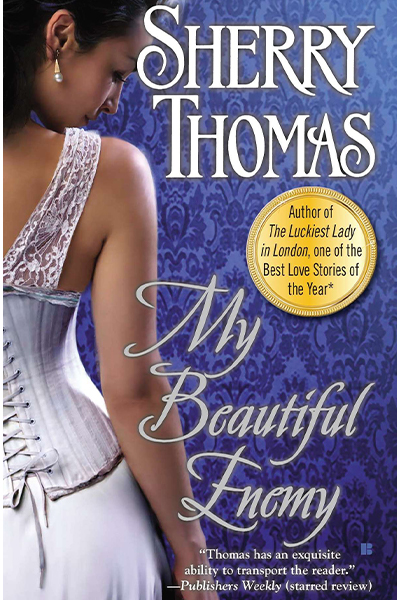 It’s rare that an author can take the regency genre and give us something entirely new and endlessly exciting, but Sherry Thomas always delivers on the promise. She writes these richly layered characters embroiled in scandal and I’m utterly transported every time. Here, we follow the reunion of Catherine, the illegitimate daughter of an English adventurer and a Chinese courtesan, and the enigmatic Captain Atwood. The settings are lush; the characters flawed but impossible not to root for. A get-lost-in-it-for-hours kind of read with just the right amount of steam. 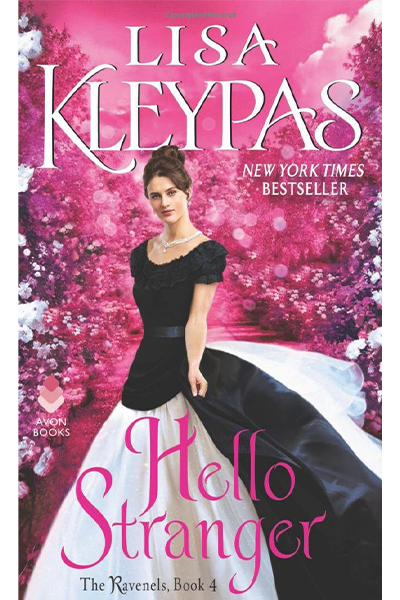 What are you even doing if you haven’t read a Lisa Kleypas novel. She writes gorgeously; deliciously descriptive turns of phrase that catapult you right into a regency ballroom. I recommend her entire body of work, but this is a particular fave. I love when historical romance authors can play with the restrictions of the time period to give us two strong leads that aren’t hampered by period-appropriate thinking. Part of her Ravenels series, the novel follows Garrett Gibson, the only female physician in England at the time. Cue many satisfying moments of Garrett slapping sexism directly in the face while also embarking on a sexy affair with a former detective for Scotland Yard. Just what the doctor ordered. 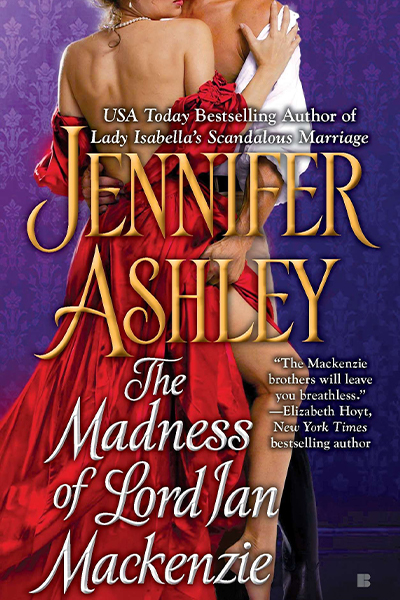 The Madness of Lord Ian Mackenzie

One thing the historical romance genre does incredibly well is family dynamics. There are tons of amazing series serving peak family bicker moments and I’m here for it all. This series follows the Mackenzies and you guessed it, they are hot Scottlsh lords. Think Outlander with even more sex. Seriously. This is the first in the series and one of my favorites for sheer uniqueness. It follows Ian Mackenzie, who spent his youth in an asylum because the 19th century didn’t understand his analytical way of thinking. While it’s not explicitly stated in the novel, Ian displays characteristics of autism and it imbues the book with such a compelling story and emotional arc. Not a typical historical romance by any stretch and highly recommended. 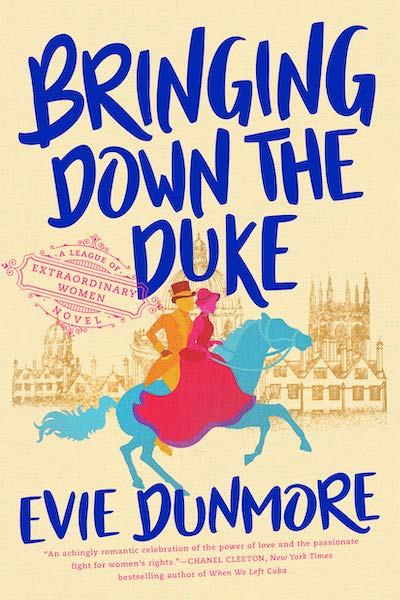 Bringing Down the Duke

In regency times, literary women were called bluestockings (less than complimentary at the time, but now it’s like, women who read? Hot) and it’s such a pleasure when historical romance authors play with the outdated norms of the time and give us the surfeit of manners without sacrificing strong-willed characters. Very Elizabeth Bennet, no? Here, we follow Annabelle Archer, a suffragette (you love to see it) and student at Oxford, in her quest to recruit men of influence to her cause. Lots of palpable chemistry in this one; your heart will positively race. 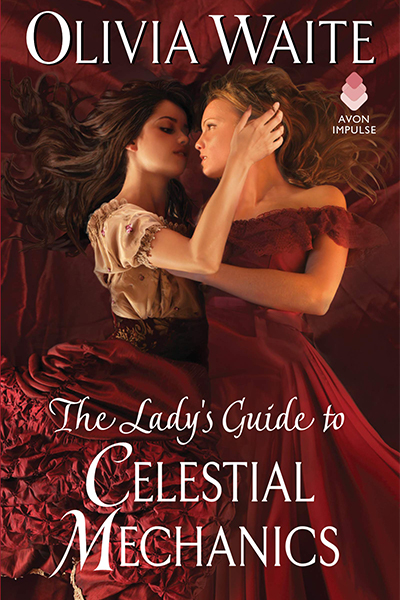 Speaking of fighting the patriarchy, step right up and look no further, have I got a book for you. Differing slightly in tone from something like a Bridgeton novel, this is more of an angsty, intellectual burn (say it again, slower) with two incredibly intelligent women straining against the bonds and norms of their time. Utterly feminist and such a delight for the genre—Olivia Waite is now a one-click author for me. 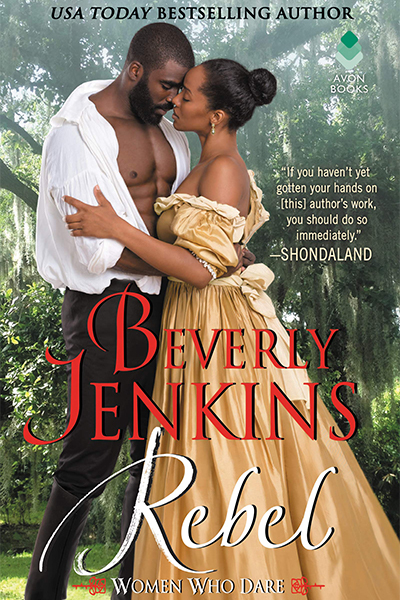 Beverly Jenkins is an absolute icon in the historical romance genre and for good reason. She writes female characters that are so unapologetically badass that it is a gift and we are all not worthy. Rebel is set in the aftermath of the Civil War and we follow Val as she works to help the newly emancipated community in New Orleans. Jenkins takes you on an emotional journey, leaning into the difficulties and horror of the era while giving you an undeniable romance to root for. Drake is everything and more in this book and the steam he ignites with Val is Bridgerton-spoon-scene-worthy. 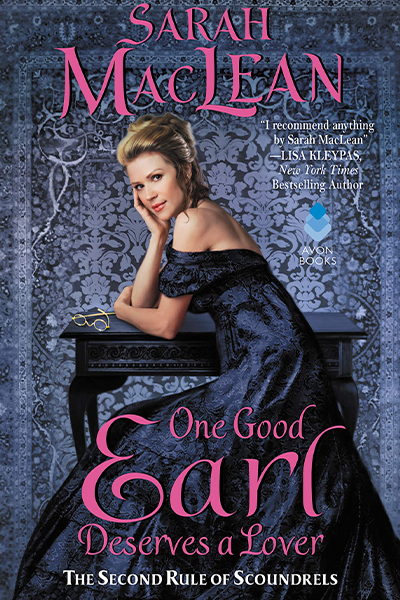 One Good Earl Deserves a Lover: The Second Rule of Scoundrels

I have such a weakness for the “teach me how to sex” trope and you know what I’m not even sorry about it. This is one of the best of the bunch, with a heroine that is set to get married but realizes she has absolutely no idea what that actually means (very Daphne Bridgerton vibes here). So, as one does, she seeks out a “gentleman of a certain reputation” for explicit instruction. If you read historical romance, you know they love a gaming hell (think a casino, but British and posh) and this series delivers on all the salaciousness that the setting promises. There is a memorable sex scene in this book that is so lush that when you arrive at it, you will instantly know it’s the scene I’m talking about and you’re welcome. 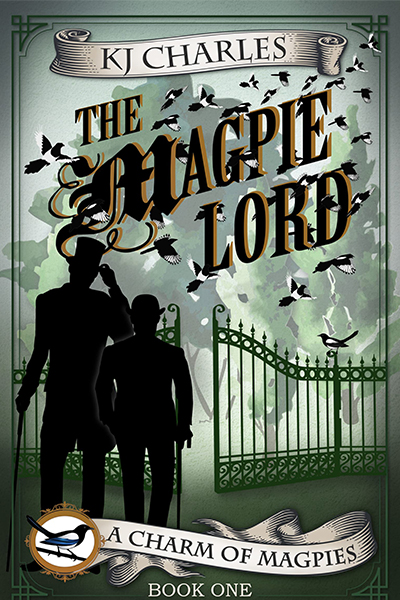 The Magpie Lord: A Charm of Magpies Book 1

If there is one thing I adore, it’s a little magic with my romance. And there’s something so sexy about magicians in the 19th century—very Hugh Jackman in The Prestige. This book has an aforementioned sexy magician as well as my other weakness: an 19th century leading man with tattoos. I mean, this is really everything you need. Sprinkle in just the right amount of humor, buckets of steam, and a pinch of sexy bantering back and forth between our reluctant allies and you’ve got yourself a story. 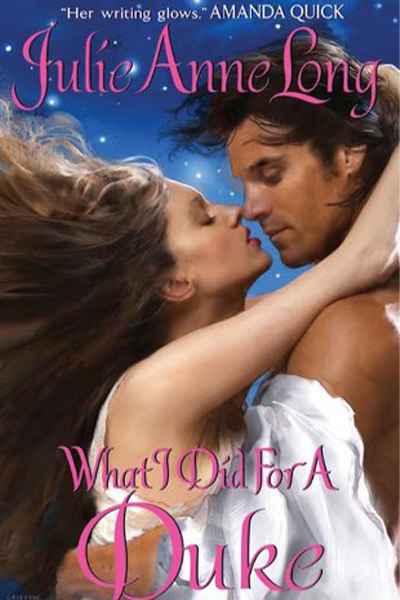 What I Did For a Duke: Pennyroyal Green Series

Remember when I said don’t judge a book by it’s cover? OK, just checking. Despite the Fabio level of hair blowing around on the front of this book, inside is an absolutely delightful read that made me laugh out loud in my apartment so many times I probably frightened my neighbors. Julie Anne Long has a talent for dropping her characters into such delectable situations that will have you cheshire cat grinning and begging for more. The hero in this book is striding around saying things like “unconscionably soft” and “getting ready to give her a pleasuring." It is so perfectly over-the-top and outrageously hot. Read it! 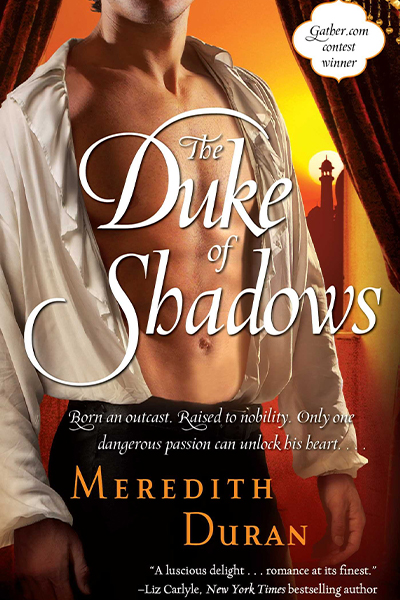 The Duke of Shadows

And finally, if you’re looking for a book that will utterly sweep you away, here it is, friends. The leading man in this novel is so compelling you will be caught from the first moment he steps out of the shadows. Half this novel takes place in India and half in regency London and the balance of settings is perfect and very atypical of the genre. Lots of angst here but tempered by true necessity for it—each of our main leads faces shuddering horrors and much of the romance is found in them finding their way back to each other. Beautifully written and captivating till the last page with yes, a generous burn of attraction and temptation.


Want to shop small? Click here to shop these titles on Bookshop.org or to find a local bookstore to support.