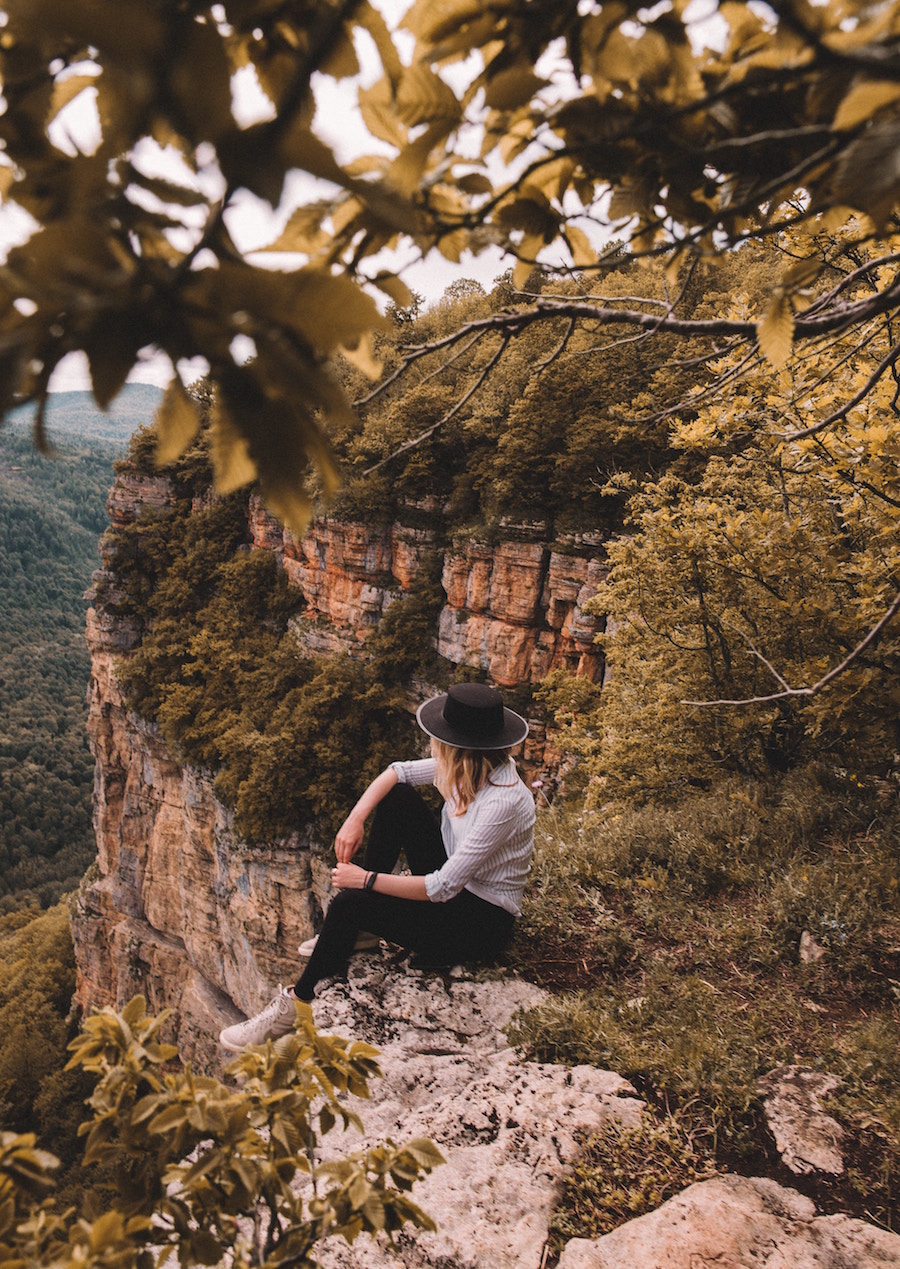 For a long time, I believed that my disaster-focused way of thinking was normal.

I thought there was nothing unusual about the fact that something mildly unfortunate would happen to me, and in a matter of seconds, my brain would invent a chain of terrible outcomes that I convinced myself were almost certain to happen in the near future. Sometimes, the catalyst didn’t even need to be mildly unfortunate – it could be perfectly ordinary. I could get an email from my boss asking to hop on a quick call, which is a situation that happens to people all over the world every single day. But within seconds, my brain would take this to mean that I must have made a huge mistake on one of my assignments without realizing it, and now the whole company was in jeopardy of collapsing, and I would, of course, be fired and then lose my health insurance and have no income and would be forced to move back to Georgia to live in my parents’ basement.

Turns out, the disasters like the one above that occured in my brain on a daily – or even hourly – basis were not accurate visions à la That’s So Raven. They were just the unfortunate results that were caused by a way of thinking called “catastrophizing.” And apparently, I was catastrophizing practically every single day.

The first time I tried cognitive behavioral therapy (CBT) to help with my anxiety, I offhandedly mentioned to my psychologist that I tended to think in this disaster-obsessed way, and I asked her if this way of thinking was normal and healthy. Her (very kind) response was filled with therapy-based terms and explanations that basically translated to “honey, no.”

That was the first time I learned the concept of catastrophizing. And that I was someone who struggled with it.

Although I’m prone to describe it as “that thing were I torture myself unnecessarily by thinking about unlikely-yet-terrible events,” a more objective definition of “catastrophizing” is the tendency to let a negative thought spiral out of control and become an unavoidable disaster in your mind.

According to Impact Coach Katie Sandler, MS, who has her Master’s in Mental Health Counseling and was a Psychiatric and Neuropsychiatric Research Assistant at Johns Hopkins, catastrophizing can be summed up in layman’s terms as “making a mountain out of a molehill.” It occurs when we take something and blow it up in an unrealistic way. Apparently, when we’re going through something tough and we’re anticipating a negative outcome, “we tend to make an irrational assessment of the situation as being much worse or more catastrophic than it actually is.” When we make these issues much bigger in our mind than they actually are, Katie says we have an “irrational appraisal of the outcome, which causes horrible feelings of helplessness.”

We tend to make an irrational assessment of the situation as being much worse or more catastrophic than it actually is.

Even if you’ve never heard of the term until now, catastrophizing is quite common; however, according to Katie, “people who cope with various types of stress, anxiety, depression, PTSD, pain issues, and Obsessive-Compulsive Disorder tend to experience catastrophic thinking more often than those who don’t.” While it’s a fairly common tendency, it can become an issue if it affects how you function in your everyday life, and you haven’t yet found any self-soothing solutions for yourself.

So, how do you know if you are someone who has the tendency to catastrophize? For one, you tend to seriously overthink things, and you constantly assume that the outcome of most events will end in disaster. Basically, you always assume the worst-case scenario. Katie also says that people who catastrophize frequently feel trapped by their own thoughts, they start feeling sorry for themselves and feeling generally helpless, and they never think about the good and/or amazing things in their life.

If any (or all) of these things sound eerily similar to the way your brain operates, don’t worry; I can tell you firsthand that there are plenty of ways to help yourself.

The most obvious solution (yet the thing we always forget about) is to start becoming aware of when you actually are catastrophizing.

Instead of just letting the thoughts run wild in your mind, imagine hearing your thoughts as an outsider, as if they are someone else’s thoughts. Chances are, once you become aware of your own thoughts, you’ll be able to challenge them and point out to yourself when your thoughts are exaggerated and irrational. According to Psychology Today, it also helps to counter your irrational thoughts and fears by thinking of specific and real things in your life that make you happy – parts of your daily routine, or your home life, or memories with loved ones that make you feel safe, joyful, and secure.

Once you’re able to give your brain the gift of pointing out to it that it’s catastrophizing, you can begin having an internal dialogue about the actual likelihood of the outcomes you’re imagining.

According to Katie, when you start looking at these thoughts rationally, it helps to “take away any footing for the catastrophe to exist upon.” And even more importantly, “if you can become aware of when you are having these irrational and uncomfortable thoughts, you will be able to make a choice as to how to handle it” instead of letting it handle you.

In addition to slowly altering your way of thinking, there are some tangible practices you can adopt.

One way to address your tendency to catastrophize is by practicing diaphragmatic breathing, which is a form of breathing deeply that helps to lower your heart rate and stabilize your blood pressure. You should also consider talking to friends and family, as there’s a good chance (as I can attest to) that you’ll discover many of your loved ones understand exactly what you’re going through and experience it themselves quite frequently. And if that alone isn’t helpful enough, there are also plenty of forms of therapy (including CBT) that can help you address this disaster-focused way of thinking in a professional and healthy manner.

The important thing to remember here is that if you’ve encountered a lot of pain, anxiety, and suffering from this catastrophic way of thinking, you are not alone.

In working with and studying those who have struggled with catastrophizing, Katie said the topics that were frequently catastrophized revolved around relationships, careers, children and family, health, and physical appearance, among others.

Regardless of what the triggering topic tends to be in your everyday life, catastrophizing is a very human thing to experience, but that doesn’t mean you have to let it take over your life. Whether you simply need to practice deep breathing, work on becoming aware of your own thoughts, or you feel that the best thing for you is to seek professional help, it’s very possible to gain control over your catastrophic thinking, and to find ways to help yourself slowly but surely, every single day.