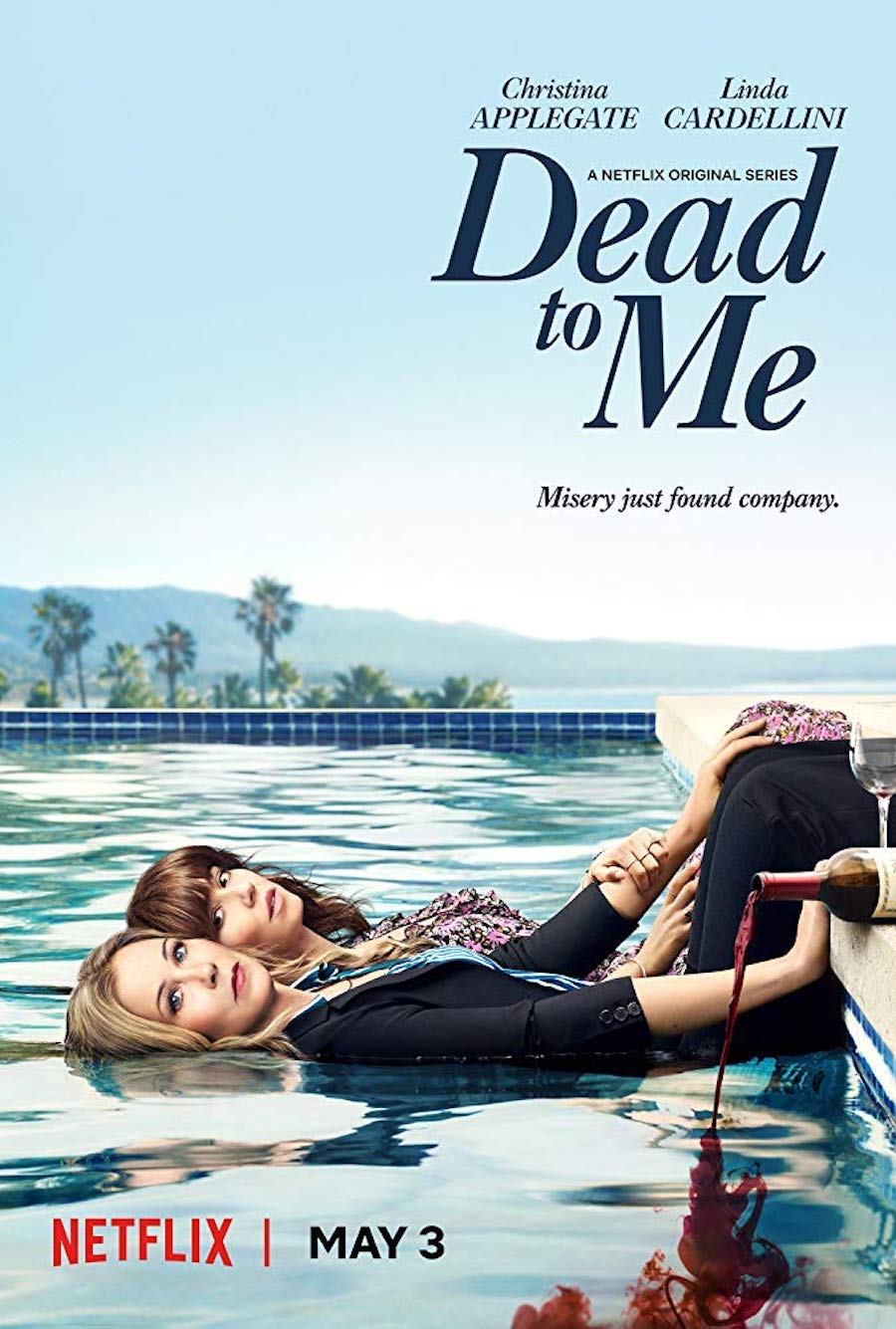 Listen. I know there are like 8 BILLION options for things to watch these days. I was on Hulu the other day (lol that is so the new “I was in New York last week…”) and saw a show called Dr. Pimple Popper. Erm exsquoz???? I guess this is peak TV. But allow me to draw your attention for a sec. Imagine I’m a kitted out magician complete with sparkly top hat and cherry red waistcoat, beckoning you with a single curled finger. Come closerrrrrrrr the magic is this way. Now that I’ve put that startlingly upsetting image in your head, let’s get to the main event.

Last Friday I was just casually in my apartment — as I am every Friday, I’m fun! — wearing my robe which is now practically fused to my body and scrolling on Netflix for something to watch with the same kind of checked out zombie vibes I used to exhibit while strolling the aisles of Blockbuster. There are 8 billion choices and yet somehow I’m also always looking for something to watch??? Ladies and gentleman, I present: The 2019 Conundrum. But then… EUREKA. I spotted (very far down my Netflix lists by the way, still confused on how that algorithm works) something shiny and new.

I’ve heard since bingeing this entire series in one manic Friday evening that people knew about Dead to Me beforehand and had seen the trailer out and about in the world. I somehow missed all of this and had absolutely no idea what to expect going in. All I had to go on was the little Netflix thumbnail which featured Christina Applegate and Linda Cardellini aka my dream dinner party guests aka two of the most talented actresses of their time (fight me). I clicked faster than I have ever done anything including taking my bra off upon entering my apartment. Records were shattered.

Dead to Me is compulsively watchable. It’s about grief and the bonds the tie us to other people and the impossibility of existing after something tragic and unexpected and horrific. It’s also hilarious in that way shows are when they are dark and twisty and slightly unhinged and somehow you’re laughing out loud. I would watch Applegate and Cardellini do absolutely anything including driving around in cars a lot and crying to heavy metal both of which are pillars of this series. The only things you need to know going in are here, bulleted for your convenience:

These are the facts (facts in hard core finger quotes), your honor, and that is really all you should know going in. Because hold on to your butts, everything is going to be upended really quickly and you definitely don’t want to be spoiled. The show is basically one reveal after another and while you can easily suss out the eventual reveal, each preceding reveal is surprising in that it isn’t the reveal you were expecting it to be. And yes, reveal is my favorite word, thanks for asking. 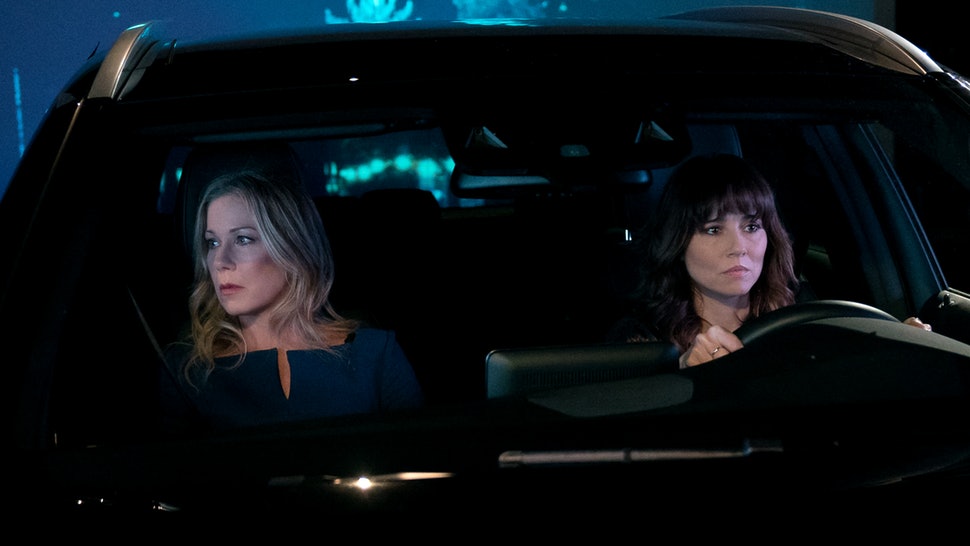 At certain points in each episode, I was suspicious of every damn one of these people and that made the entire series deliciously unpredictable, even though every other minute I was sureeeee I had everything figured out. Cardellini is absolutely on fire — she steals each scene with manic eyes and a wounded spirit channeled into fierce friendship. Her wardrobe is straight off a Madewell model and the cheery yellows, reds, and sun-washed chambrays give an eerie homespun vibe to everything she does.

What I loved most about the 10 episode season (it BREEZES by at around 30 minutes an ep, you can easily binge in an evening if you want to make a ~ night of it ~) is the way it renders female friendship as this complicated, magnetic, tender thing. At one point, Applegate as Jen says to Cardellini’s Judy: “Thank you… for not being repulsed by my version of grief.” There’s another scene where Jen and Judy sit on couch, distracting themselves from something momentous with little quips. There are many, many, many shots of them drinking wine — shoulders angled toward one another. It’s real and it’s lovely and sometimes it makes little sense. It’s friendship — meaty and loving and tangled. Amidst the twists and the darkly funny jokes and the swirl of characters passing like ghosts in the distance, there are Jen and Judy. Struggling together. What’s more compelling than that?

K, back to scrolling the deep backlog of Netflix, looking for my next fix.