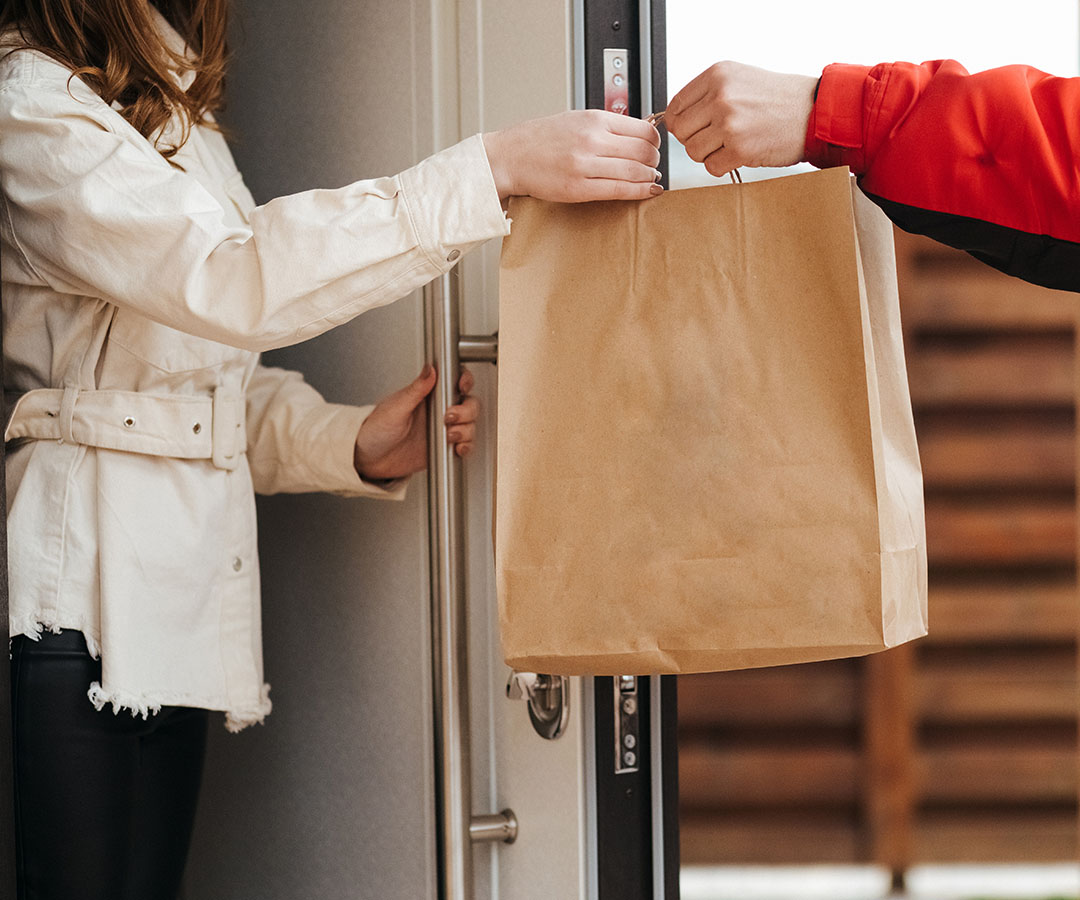 Like all millennials, I’m quick to seek out any opportunity to make a little extra cash on the side. I’ve tried everything from survey apps to secret shopping, all with varying levels of success, but recently I decided to try out being a food delivery driver. I have ordered from food delivery apps in the past and the job of the deliverer seemed pretty easy in theory, so I figured I should give it a shot. Here’s what I learned about being a food delivery driver, and what you should know if you’re interested in trying it too.

It’s more complicated than you think!

While survey apps and product reviewing are an in-and-out deal, becoming a delivery driver requires a bit more legwork to begin with, and while you’re doing it. The company I tried ran a background check on me and required quite a bit of personal information for tax purposes. Because I am legally employed as an independent contractor, I could receive a 1099 form and be required to report on my earnings and any eligible tax deductions, like mileage. For that reason, many delivery drivers download apps like everlance to track their mileage. I haven’t delivered enough to warrant that, but if you’re hoping to turn this into a serious side hustle, you’ll probably want to do so.

Most people tip… but some people don’t

The company I signed up with gives its drivers a guaranteed delivery payout, and in addition to that, I keep 100 percent of the tips that I make. Here’s the thing: there are people out there who see the suggested tip amount and don’t adjust it. But some people feel like they don’t need to tip (a whopping 15 percent of customers, as DoorDash told Fast Company). You can never be sure which kind of customer you’re going to be delivering to, so it’s a bit of a gamble. The guaranteed delivery payout isn’t very much, so you’re relying on your tips to make delivering food worth your while.

The bigger the city, the more opportunities you’ll have to make money

I’m delivering in a smaller city in California, so there isn’t always even the ability to work with the company I signed up for. If no one is requesting food delivery, there’s no need for you to work — it’s as simple as that. You can sign up for multiple food delivery apps to try and get around that, but in general, it’s going to be a lot easier to make money if you’re in a more heavily populated area, or are willing to drive to one. If you’re located near a college, you might have some extra luck getting deliveries, but keep in mind that it’ll probably be late at night when students don’t want to stop to go get food while they’re studying.

I drive a 2008 SUV in good condition, and that is perfectly fine for this delivery company. However, in some cities, you don’t even need a car! Some companies (including the one I tried out) let you deliver food via motorcycle, bike, or even on foot. If you’re in a metropolitan city and don’t have a car, this is a huge perk, as you wouldn’t be racking up any additional expenses like mileage or maintenance on a vehicle.

There is no promise of an hourly wage

While I do keep my tips and my guaranteed delivery payout per order, it’s not guaranteed that I’ll keep getting delivery opportunities over a certain period. For that reason, I wouldn’t bank on this as hourly income. I consider it “fun money” and a task to keep me busy while I would otherwise be sitting at home watching Netflix. It’s not something I would rely on to make ends meet, and unless you’re committing to it 100 percent, you probably shouldn’t either. Any company that promises you a set hourly wage is probably hiding a contingency clause in the fine print, so don’t be fooled by those.

You might be wondering why I skipped straight to delivering food instead of considering rideshare apps. For me, it was a very simple decision. I know that when my friends and I are customers of rideshare services, it’s usually because we’ve been drinking, and I simply didn’t want the added liability, stress, or danger of having strangers (especially ones that are potentially under the influence of something) in my vehicle. I could have been overthinking this one quite a bit, but as a woman in my mid-20s, I didn’t want to put myself in a situation I was uncomfortable with just for the sake of some extra cash. With that said, food is easier to transport than people, and you could make more money driving for a rideshare app. For some folks that might be a great alternative, but it wasn’t one I wanted to take.

They Don’t Care About Your Acceptance Rate

As opposed to rideshare apps like Uber where the drivers can be penalized for rejecting a ride, the app I used doesn’t care if you decline a delivery. Food is not sitting outside a bar in the rain trying to get home after a long night like people using rideshare apps are. There is also no advantage to having a high acceptance rate, so there’s no point in selecting a delivery that has a low minimum payout or one that is far away from you. Trying to maintain a high acceptance rate on most food delivery apps is entirely futile, and that is one of the first tricks of the trade that I learned.

With so many food delivery apps out there and so many incentives to sign up to be a driver, it’s seemingly a very promising side hustle. But before you quit your day job, consider these top tips and tricks first and think about how you might be able to make delivering food work best for you.

Would you consider a side gig as a food delivery driver?