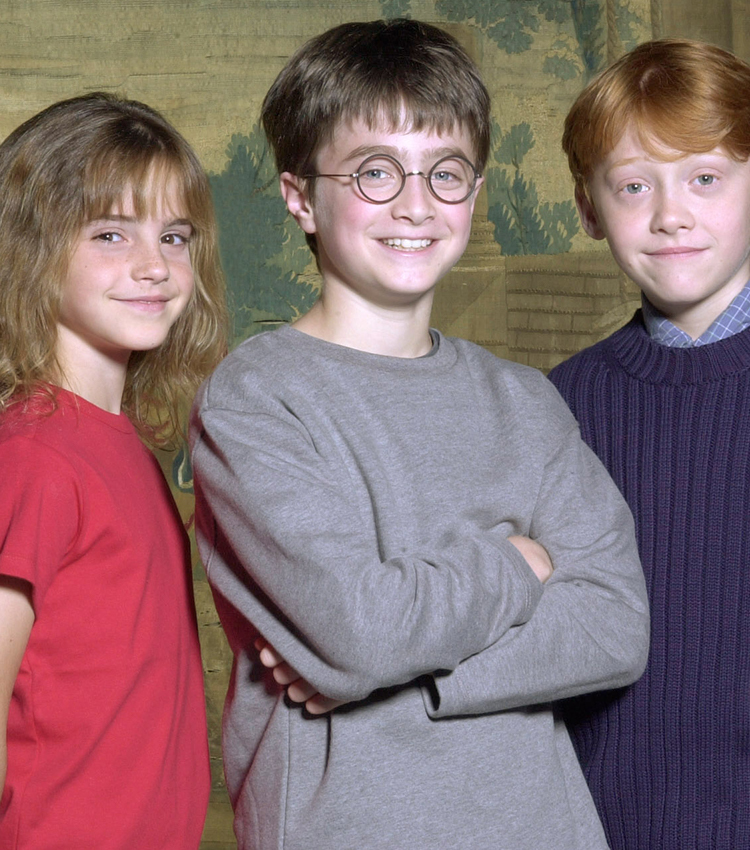 20 years ago, a story about a young boy’s journey into a magical world first graced our screens. Even then, the Harry Potter fanfare was something to behold—and somehow, that excitement has only grown. Which is why, when Warner Bros. announced the 20-year reunion special, Harry Potter fans around the world marked January 1st on their calendars, not because it was the start of a new year, but because it was going to be the first time the cast that brought a generation-defining story to life would be onscreen together again.

In conversations about fandoms, there are few (if any) franchises that can compete with Harry Potter. Of course, you have your Star Wars, your Marvel, your Lord of the Rings, and while each has a fanbase not to be balked at, those of us in our mid-20s to early 30s now grew up alongside the Boy Who Lived and his two best friends. It is precisely because the Harry Potter generation is now grown up that I’ve decided to look back at the series—both on- and offscreen. Spoiler alert: I’m about to get real about the series that played a formative role in my childhood and the conflicting feelings I have about it now.

Hogwarts Is My Home

For Harry, Hogwarts immediately becomes home; it is a refuge from the Dursleys’ constant abuse and a place he finally feels welcome and safe. For me, his entry into the world mirrored my own. Here was this place that I could turn to whenever I needed to forget the real world existed for a while. It’s warm, cozy, and—monsters and trees that would kill me without a second thought aside—inviting. So when, at the end of Harry Potter and the Sorcerer’s Stone, Harry declares “I’m not going home. Not really.” I felt the exact same way. Hogwarts was my home. Which made events later in the series hit extremely hard.

In Harry Potter and the Order of the Phoenix, Dolores Umbridge, a villain I came to despise almost as much as Voldemort, bulldozed her way into Hogwarts and began dismantling Harry’s (and mine) one safe place. Gone were the warm tones and cozy fire places, instead, the castle and grounds were quite literally shrouded in gloom, with blue hues dominating the film’s color palette. One of Umbridge’s many crimes was firing, and attempting to banish, Professor Trelawny, who had lived at the castle for 16 years.

At the time, I had known Hogwarts no where near 16 years, but my outrage at Umbridge during the entire film made it seem like I was personally affected by her changes. That’s what Hogwarts meant to me, and so many others, back then. The story was a welcome (and needed) escape when the trials of adolescence became too much to handle. Whenever I found myself worrying about a grade, fighting with my parents, or stressing because the boy I liked didn’t text me back, I had a place I could go where none of that mattered; I had magic to learn and the Wizarding World to save.

Harry Potter was—and still is—a safe space I returned to when I found myself in need of a little escape and a whole lotta comfort. These days, I’m stressing about things like taxes and work, and less about boys and grades. But even as an adult with adult problems, Harry Potter is the perfect remedy when life starts to become a little too much to handle. I can’t run back to my childhood home, but I can turn on the movies or crack open the books for a much-needed reprieve.

The Reason I Read

I remember the day I got my first Harry Potter book so vividly. It was a Christmas gift from my great aunt, and I hadn’t even heard of it before. To me, it was just a book. Sure, I’d read it if I got around to it, but I showed no more excitement than common courtesy required. I probably said something along the lines of, “Cool, thanks!” before moving onto the next gift with my name on it. What I didn’t know then, was that my aunt had just gifted me my childhood.

The next thing I know, I was devouring books one and two underneath a blanket fort in the living room, staying up far past my bedtime. (But, honestly, when you’re reading, what parent is going to tell you it’s lights out.) From that moment on, I was a Reader—and yes, the capital “R” is necessary.

Going to the bookstore and picking out a shiny new hardcover is my favorite pastime. As a kid, I read any and everything I could get my hands on and I haven’t slowed down. I’m currently sitting on a TBR pile that could fill it’s own (albeit small) indie bookstore.

In the late ’90s to early aughts, if a kid was reading, chances are it was a Harry Potter book. During the dawn of the Internet era, Harry Potter inspired an entire generation of kids to read. If that’s not magic, I don’t know what is.

Why It Will Never Be The Same

I no longer read under the cover of blanket forts well into the early morning hours (though that does sound dreamy) and likewise, I can no longer enjoy the series the unabashed way I did as a kid. Unfortunately, the story I once deemed perfect in every way is no longer so. But what happens when a story as monumental as Harry Potter becomes tainted by the very person who created it? If you’re not sure what I’m talking about, you can read about it here.

While years later you’d be hard-pressed to find a fan who didn’t have their own opinions on the lack of diversity (and poor attempts at it) in the series, J.K. Rowling’s transphobic comments in June 2020 left a permanent stain on the series that was so foundational to so many—including me. How could I continue to love (and be loud about that love) a story that was written by someone whose values are antithetical to my own? In short, while I still acknowledge and appreciate the impact the story had on my life, saying so leaves a bad taste in my mouth.

These days, I look to Star Wars and Marvel fans with envy. Their excitement about new releases rivaled what I once felt for Harry Potter. Don’t get me wrong, I still consider myself a Harry Potter fan, that descriptor now just has a giant asterisk next to it and comes only because I very firmly believe in separating the art from the artist. Harry Potter no longer belongs to J.K. Rowling, it belongs to the fans. Yes, Rowling gave us the stories, but since then, the world of Harry Potter has grown far beyond her; there’s fanfiction, of course, an entire TikTok show, a stage play she had pretty much nothing to do with, and, most importantly, an entire community of fans that have taken the story and made it their own.

But while this may be how I feel, there is an ongoing debate over how to engage with the series, if at all. Can we still enjoy the books? Is it right to stream the movies? What about all of the Harry Potter merch littered around my apartment? Now, when I talk about Harry Potter, I’m not only talking about fan theories and how Prisoner of Azkaban and Half-Blood Prince are clearly the best, I’m also talking about how to reconcile my personal relationship to the series with what I now know about its creator.

While I feel I can appreciate the impact Harry Potter and also denounce Rowling, that isn’t the case for everyone. And this isn’t just an issue with Harry Potter, it touches so many different series, actors, and artists. Fans of One Tree Hill, and Buffy the Vampire Slayer, specifically, are dealing with fallouts like Harry Potter’s. This period of reckoning is leaving countless fans wondering what on Earth they’re supposed to do now.

It’s up to individual fans to decide how they feel and what they’re going to do. As for me, I’m holding fast to the idea that Harry Potter is bigger than Rowling. It’s the community it’s built, the friendships I’ve made because of it (it is literally the reason I became friends with my best friend), and the hundreds of cast and crew who brought the story to life. After watching the reunion special, I feel this more than ever.

The special brings together the the cast and all four directors for an hour and 45 minutes of delightful reminiscing (I am still giddy over the interactions between Daniel Radcliffe and Helena Bonham Carter). J.K. Rowling has less than 30 seconds of screen time that all came from archival footage. While the official record states J.K. Rowling’s controversial opinions had no impact on the decision to all but omit her from the reunion, her absence cannot be ignored. To me, it was proof that Hogwarts was indeed still my home and that the story that shaped the lives of an entire generation no longer needs its creator. And that was proof I really needed. 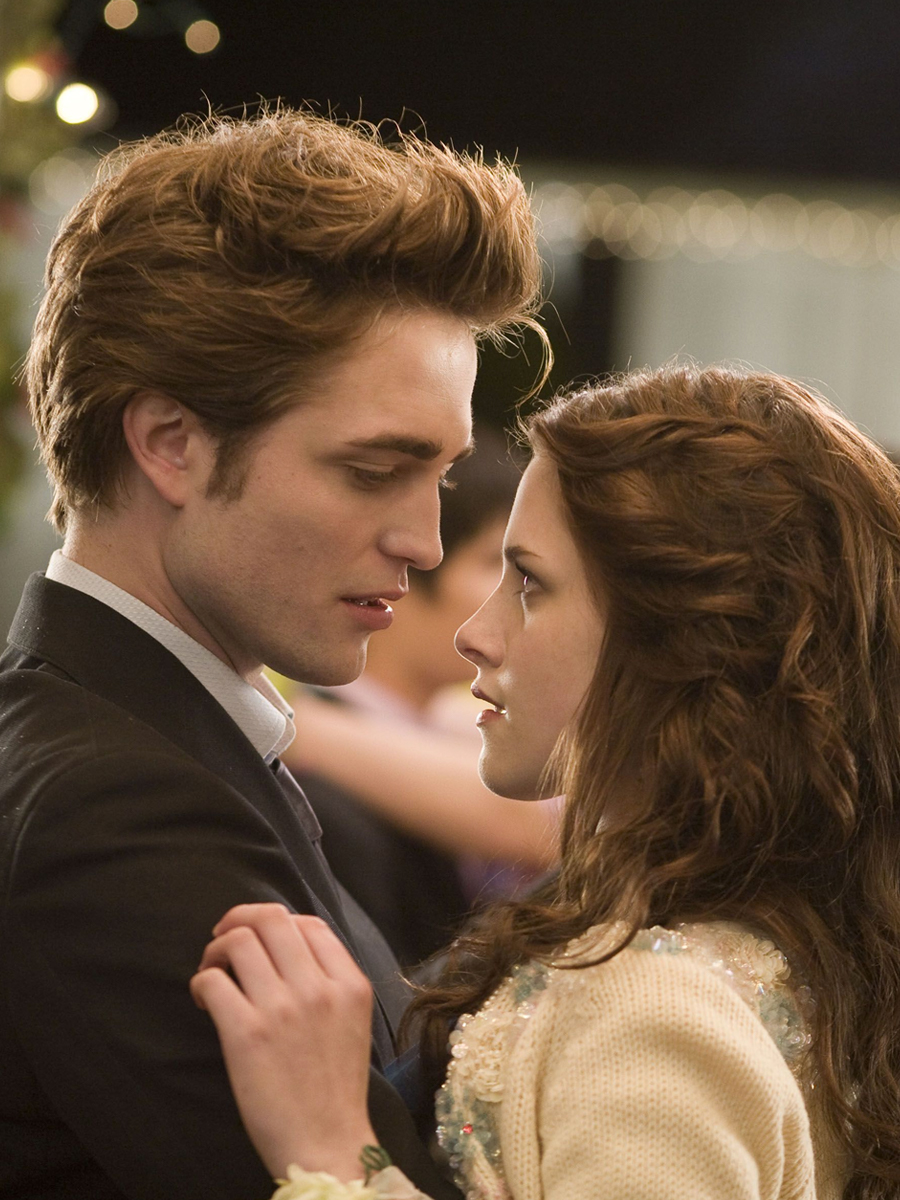